What looks benign or without consequence can be illusory. What lies below the surface can provide a catalog of answers. 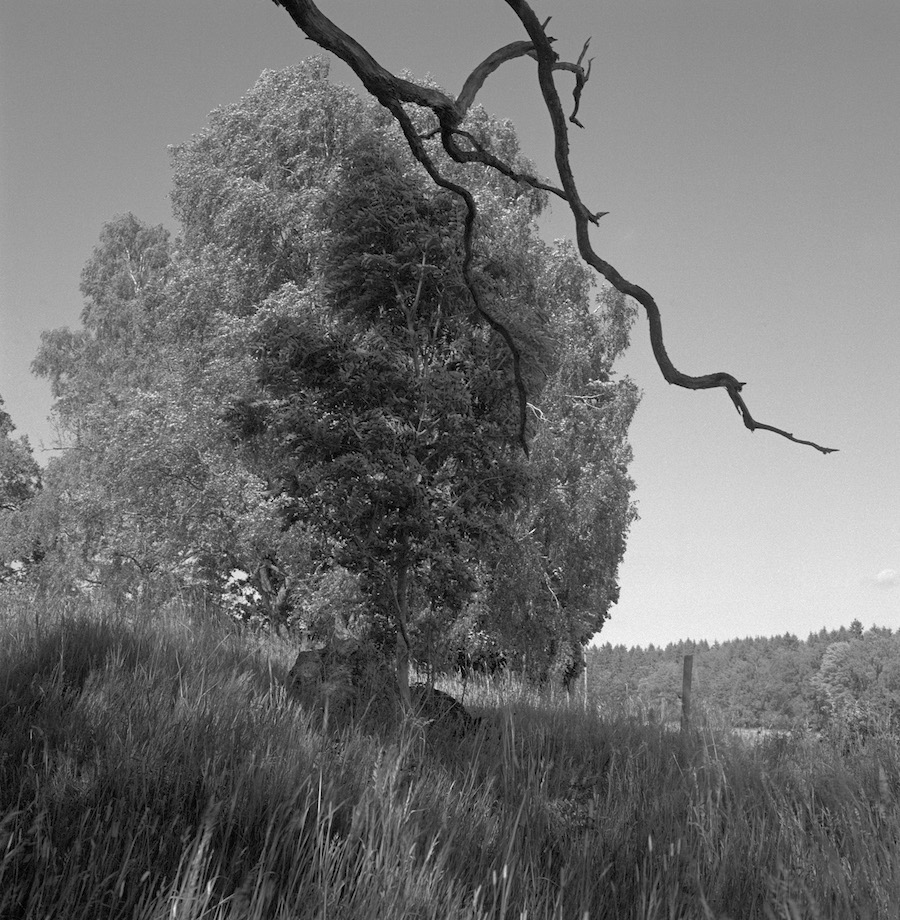 The distant past as a concept is very hard to photograph. In thicket and open clearing, in water and desert, it is difficult to unlock the image of ancient history. We can only photograph the concept of history from the vantage point of the present. It presents us with a dilemma of historical representation and it gives the photographic image a useful metaphor. The metaphor suggests that fragments of history are incomplete and need information added to them to complete the picture of their function. In some ways, it is similar to how we view and perceive photographs as they are fragments of the real world de-contextualized and in need of activation from a point of view from the future. The fragment suggests a shard or partial ability to be observed and understood. The photographic image is similar. It needs context and activation from after the moment on the timeline in which it was conceived. 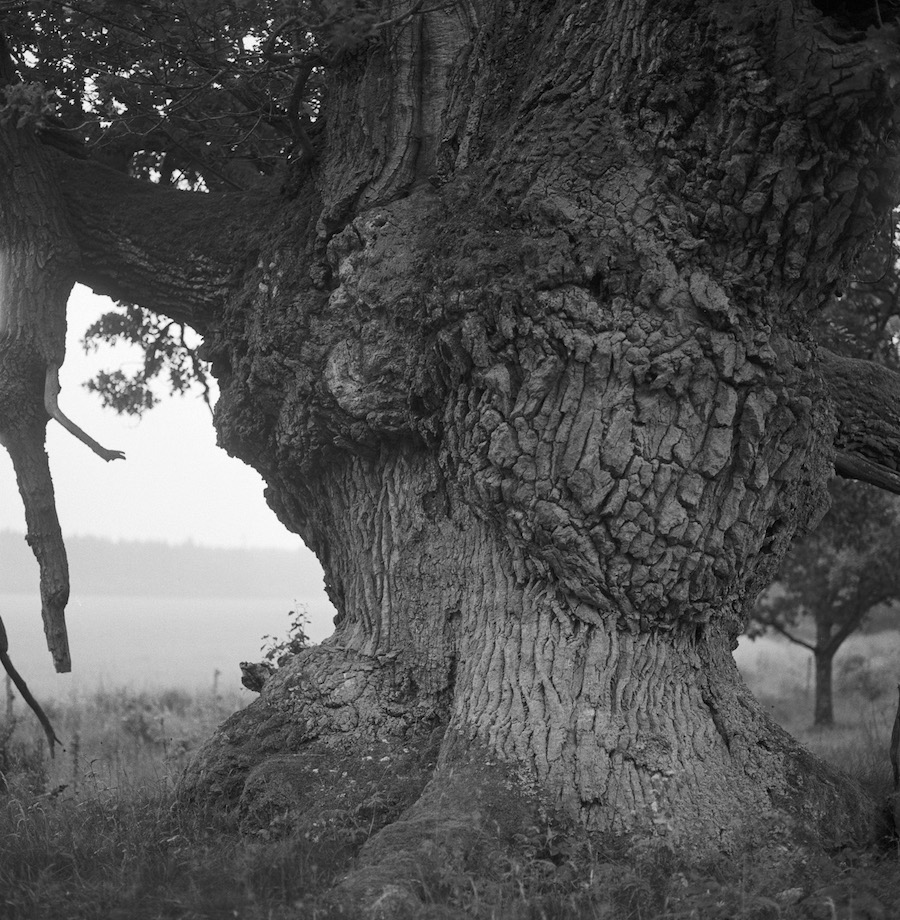 There are significant historical markers in various locations that have been unearthed and studied and new sites share their secrets often challenging our perception of historical timelines. We have a number of well-known and documented sites such as the Forum in Rome, the Parthenon in Greece, and the Pyramids of Giza. All are accessible and have been well documented over the last hundreds of years. And like Pompeii, these sites give us great insight into the past thousands of years of history, their edifices and inscriptions bearing answers to that which we can only imagine and never fully see. 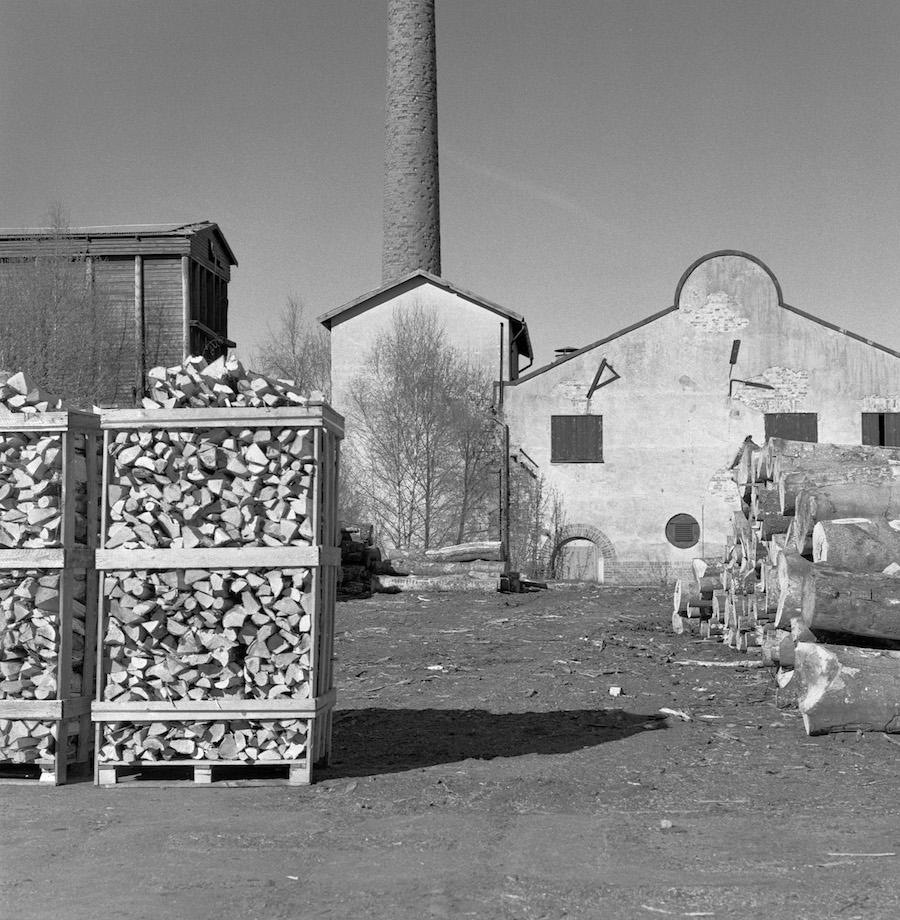 Göbekli Tepe in Turkey is a specific location unearthed by German archaeologist Klaus Schmidt. When Schmidt found the site, it was through recognizing that the surface of the land bore similar flint shards to other similar historic sites. He recognized that some of the land features themselves were not what they appeared to be at a surface glance. Following his intuition, Schmidt re-read the arid landscape. He did not see something unspectacular, instead, he saw the potential for meaning underneath the rocky surface. One year later, he began digging. His efforts were rewarded by uncovering the oldest known pre-pottery neolithic site dating between 9-12,000 years ago making it the oldest site uncovered at present by almost 3000 years. This site, from rocky hill to ancient marker of civilization could not have been activated on the historical timeline without the intervention of Schmidt and his ability to read below the surface image of the landscape in front of him. 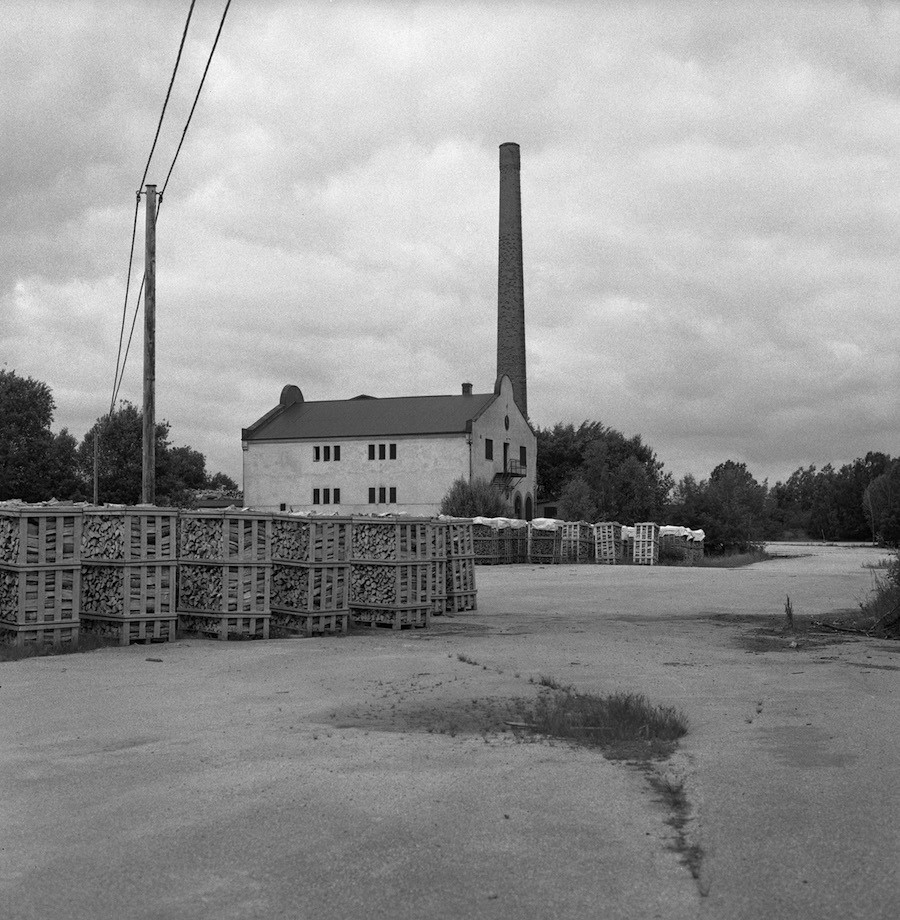 Gerry Johansson’s Esker (Johansson & Jansson, 2021) presents a similar conversation about how to read pre-history through a seemingly innocuous use of landscape in and around the town of  Johannishusåsen, Sweden. The town is situated on a ridge between glacial divets leftover from the last ice age. An esker is a ridge formed between two depressed pockets of glacial hollows created when glacial ice has scraped off a layer of surface soil on two sides of the ridge which leaves a spinal corridor of land sometimes situated (post-glacially) between two bodies of water left from the movement of the glacier. These ridges have been used as walkways between the large bodies of water and can be found on various continents. As a walkway, the eskers leave many clues about pre-historic man through graves left along the way and tools such as flint and stone axes that were cast aside during migration. They are a treasure trove of ancient material, but their physical anthropological potential is at first hard to read as they are natural formations. 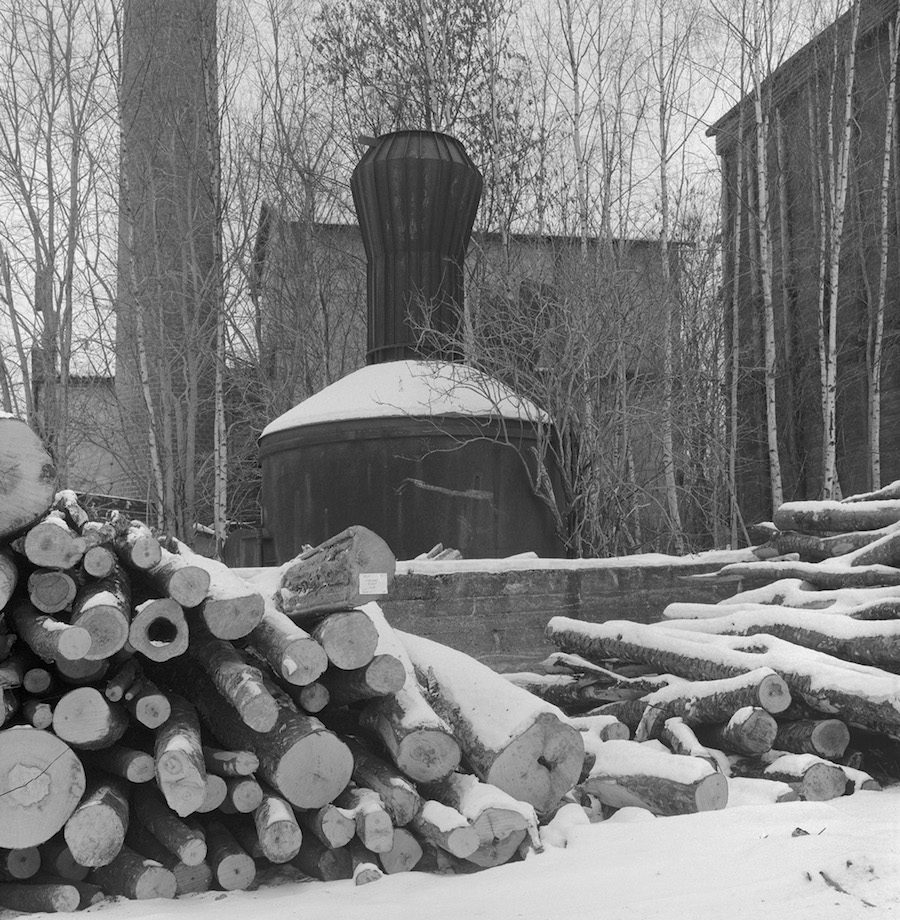 In the case of Johansson’s book, the esker of the area north of Johannishusåsen has recently been a point of attraction for archaeological consideration. It has been noted for its stone circles and its iron age production previously, but recently, the seemingly wooded rural landscape has given up more of its secrets. Underneath the pathway and at the crest of the esker itself lies a vast site of pre-historic potential. Johansson photographs Johannishusåsen and the esker situated north of it. What you see in Gerry’s photographs is the beauty of the Swedish landscape which looks impressive, but does not include many obvious features to suggest the ancient use of the site itself. An occasional rune stone enters his frame, but it is only a hint of what lies beneath the artist’s feet. 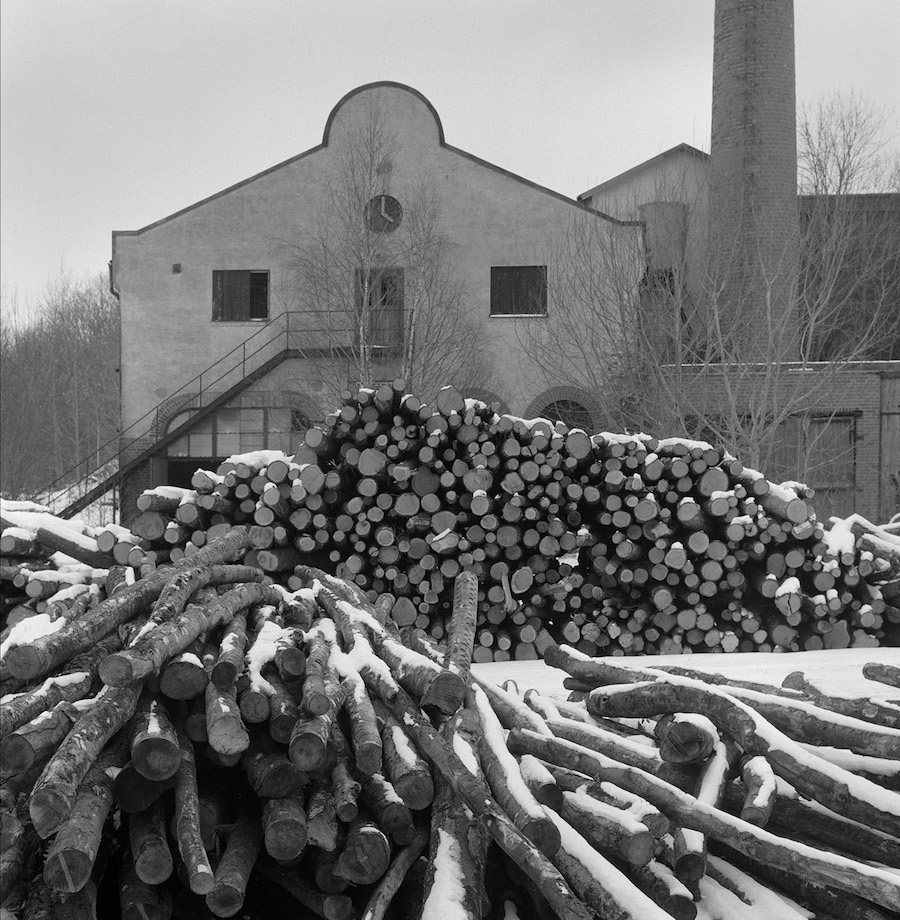 “Instead of pointing out the acknowledged signs of the site’s archeology, Johansson instead opts to make photographs of the surface knowing full well that his images will contain all of the truth and none of the truth of the esker site simultaneously. In photographing nothing significant, Johansson is asking us to imagine and to complete the historic picture. He is also showing us everything in the image as the land itself and the work that continues atop of it with wood forestry and animal husbandry has had the same function as the ancient pre-historic site of people who inhabited it. In a sense, Johansson is showing us that nothing much has changed at the site and yet he is also suggesting that though we see this contemporary version of events at Johannishusåsen, there is much more to consider in its historical potential. 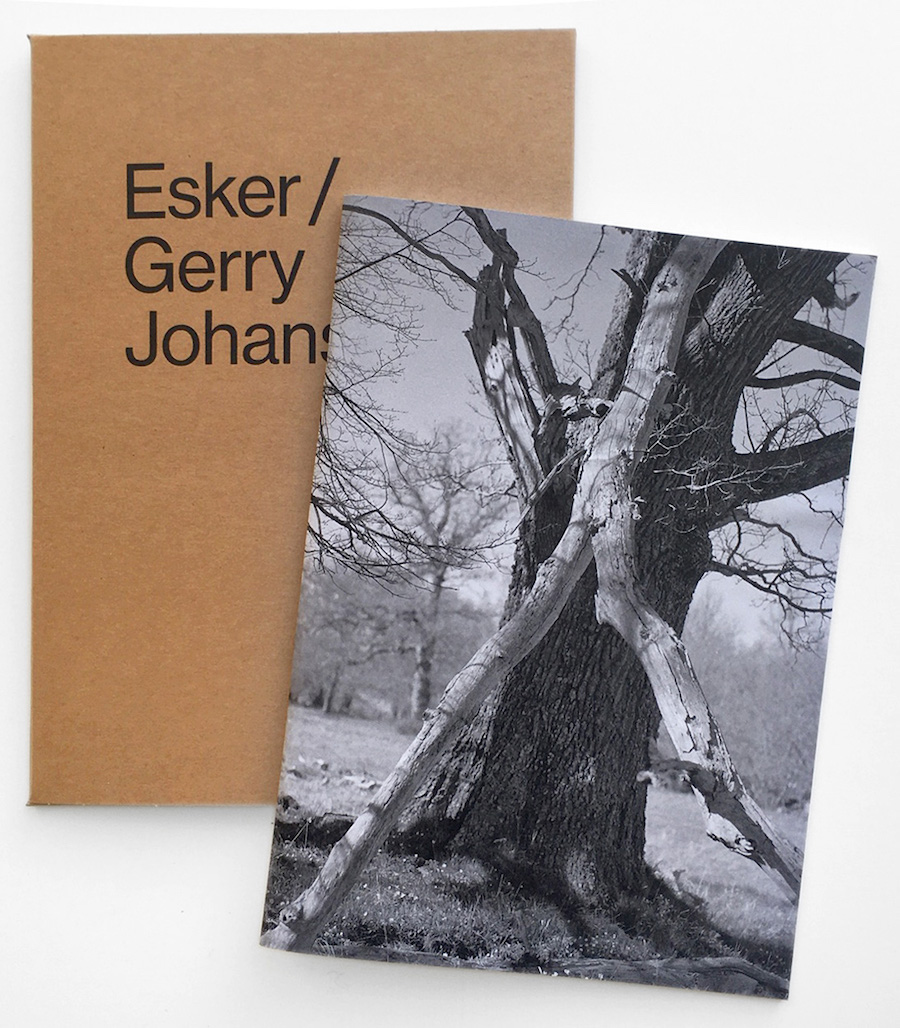 Esker is another one of Johansson’s “Chapbooks”. They are smaller versions of the larger book creations that Gerry is known for. They are all housed in a significantly smart uniform version with a folding card sleeve and act as chapters of his work. They give space for shorter ruminations of his abilities and feel like something more fleeting and less monumental compared to his books in which more images circulate. I think of these in humorous terms as Johansson software updates in which I can see what he has been up to with his consummate inquiry of the world. 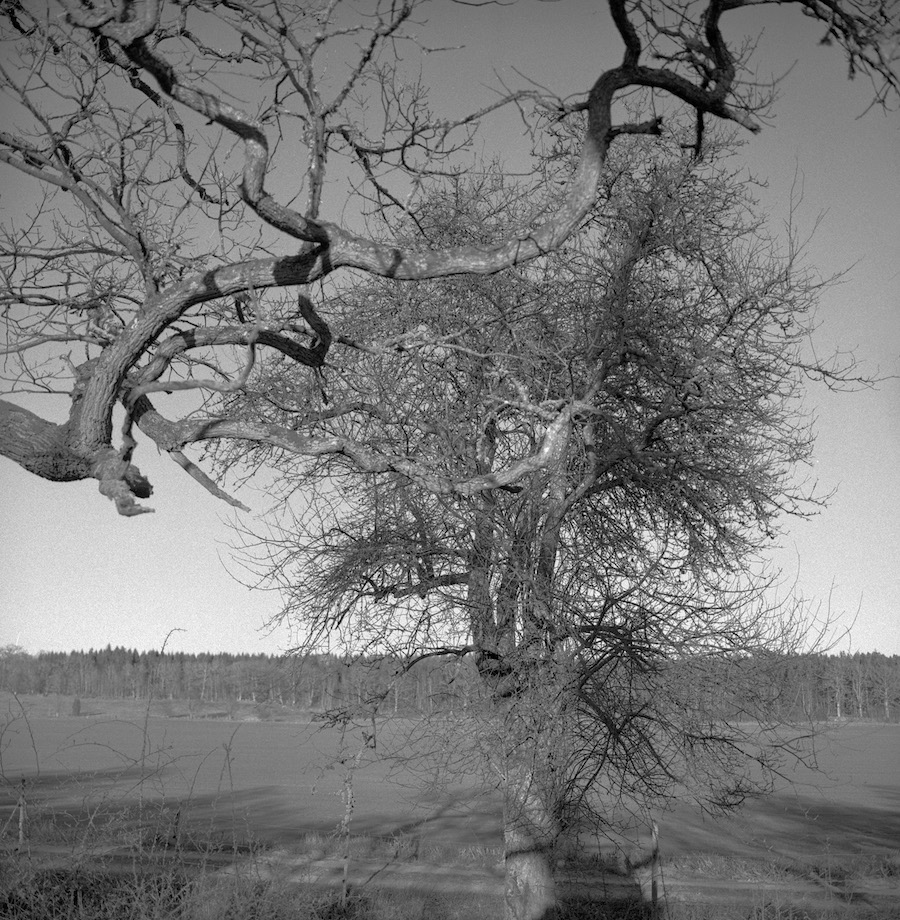 I very much enjoy the format and the smaller ruminations about one particular place or theme. In this book, all the compositional elegance of Johansson’s work remains. There is a focus on the burled oak tree and the land itself. There are generous images of the pastoral and formal attributes we associate with Johansson’s Swedish work in particular. When he photographs in Sweden, you can tell that he is at home and that it is about the whole and not the part of his homeland. It’s a beautiful book and it is interesting to see how he is viewing contemporary labor through history and vice versa. As with all Johansson’s efforts, it is highly recommended.