The term family is a loaded concept. It suggests something intimate and forged of a bond that is hard to break though it can be called into question. It never feels like a neutral term. From its earliest days, photography has made use of subjects closest to the operator. Photographing children, partners and  parents is not uncommon within the history of the medium. Birthday parties, graduations, weddings, funerals and other goal markers of life are celebrated in front of the thoughtful lens for posterity. 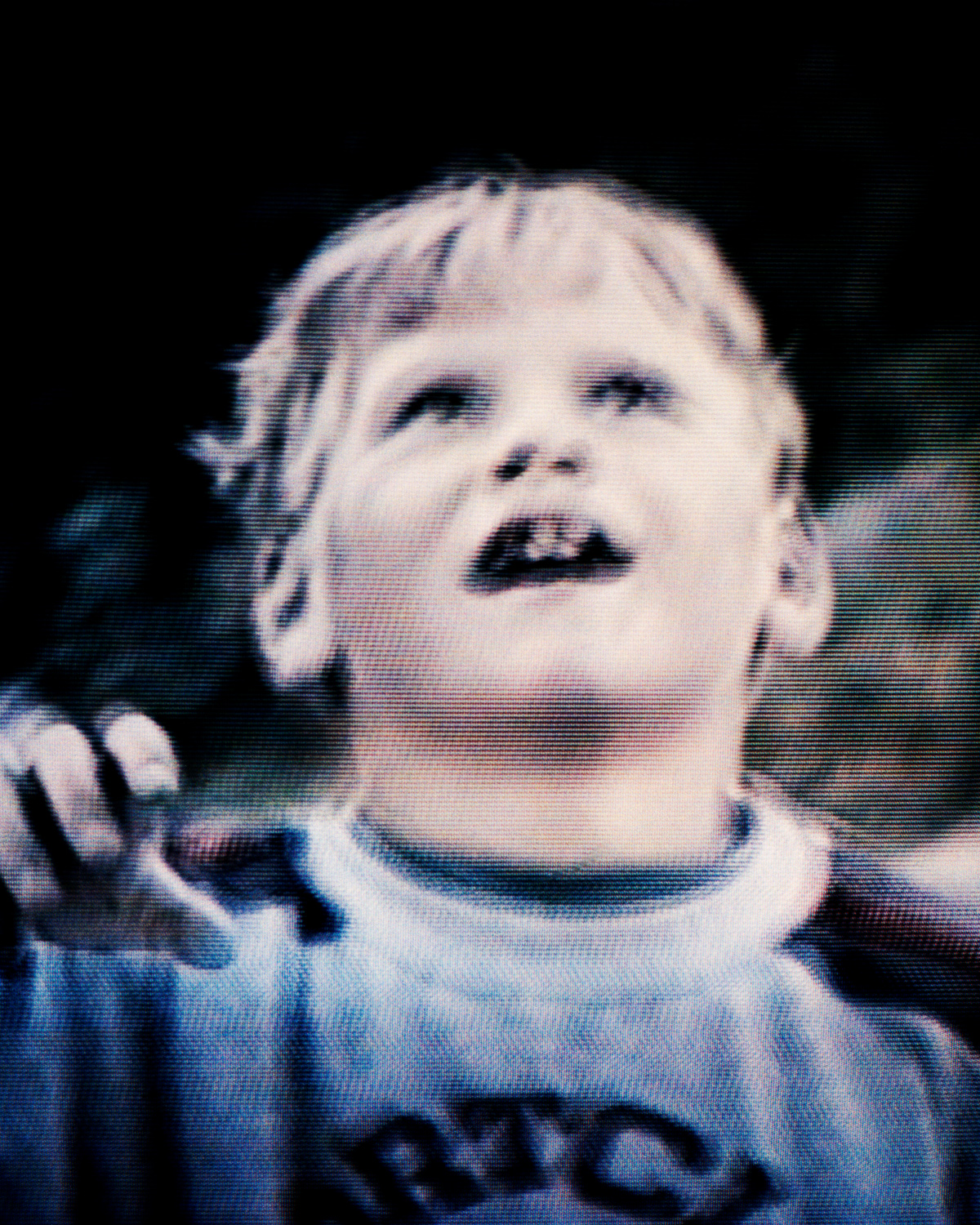 Economically speaking, pictures of family have made up a large part of the medium. Perhaps no other photographic subject can compare to the vast amounts of photographs that circulate as that of family. It could be regarded as the most ubiquitous form of photography followed by sunsets. This dynamic suggests that we should be able to read the terrain of the family photograph with ease. Though we may not understand the minute qualities of a family dynamic or a relationship within the photographic frame, it stands to reason that pictures of weddings, funerals, births and everything in between should exist as a common currency within photography. 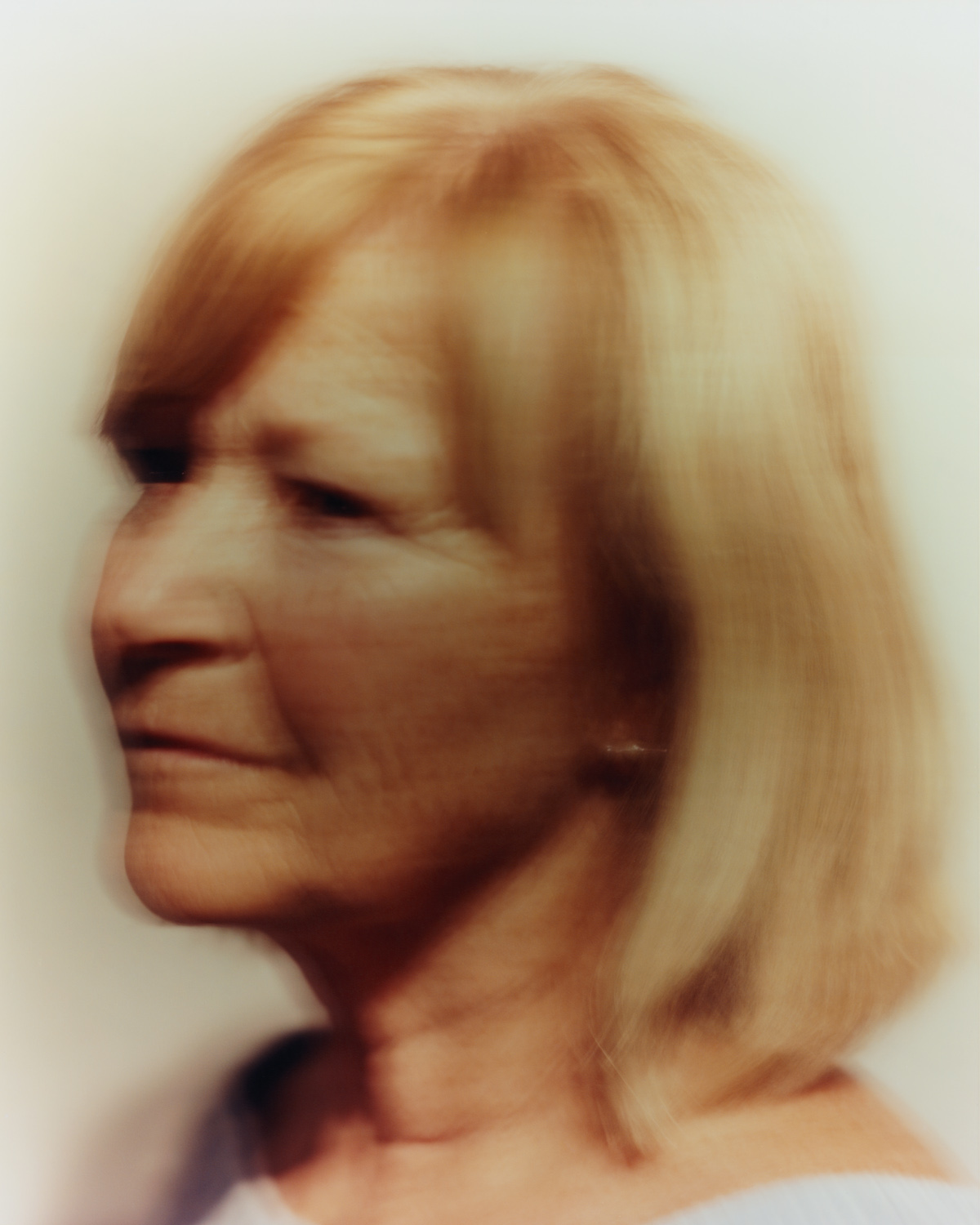 In the case of family photography, there are many examples both practical and artistic to consider in the history of the medium. I would suggest thinking for a moment about a single title in Richard Billingham’s Ray’s a Laugh. This book, though published over two decades ago still constitutes an incredibly touching and somewhat chaotic view of family in the context of an art project. Within Billingham’s photographic framing, his family becomes fierce, uncertain and compelling in their domestic (and quite British) environment. The imbalance between the norm of patriarchal tendency is upended by the strength of Billingham’s at times violent mother Liz and his alcoholic and often times emasculated father Ray in their Cradley Heath flat. A cache of family felines and Billingham’s brother also make an appearance.

Though the terrain at first reads as poorly or as “Squalid Realism” (from the pen of middle class Guardian writer Tim Adams), an empathetic tone shines through quite quickly after as it is established that it is through Richard, the son of the family in which we see the environment. He becomes an almost passive and omniscient ghost circulating through his parent’s flat where he spends his time recording, but not commenting on the environment or his parents. He is simply there to piece his family together through his engagement with their lives and his budding interest in photography (the photographs of which were meant to be used for painting). It is not just his parents that interests Richard. There are particular moments in which we see Richard’s brother in frame. There is an image of his brother sitting at a table possibly rolling a spliff that alludes to a ghostly mirroring of Richard himself who is stood at the opposite end of the table from where his brother is seated. The image is underexposed and is one of the few images in which the flash seems to misfire on Billingham’s SLR. It creates a pale and ethereal image. 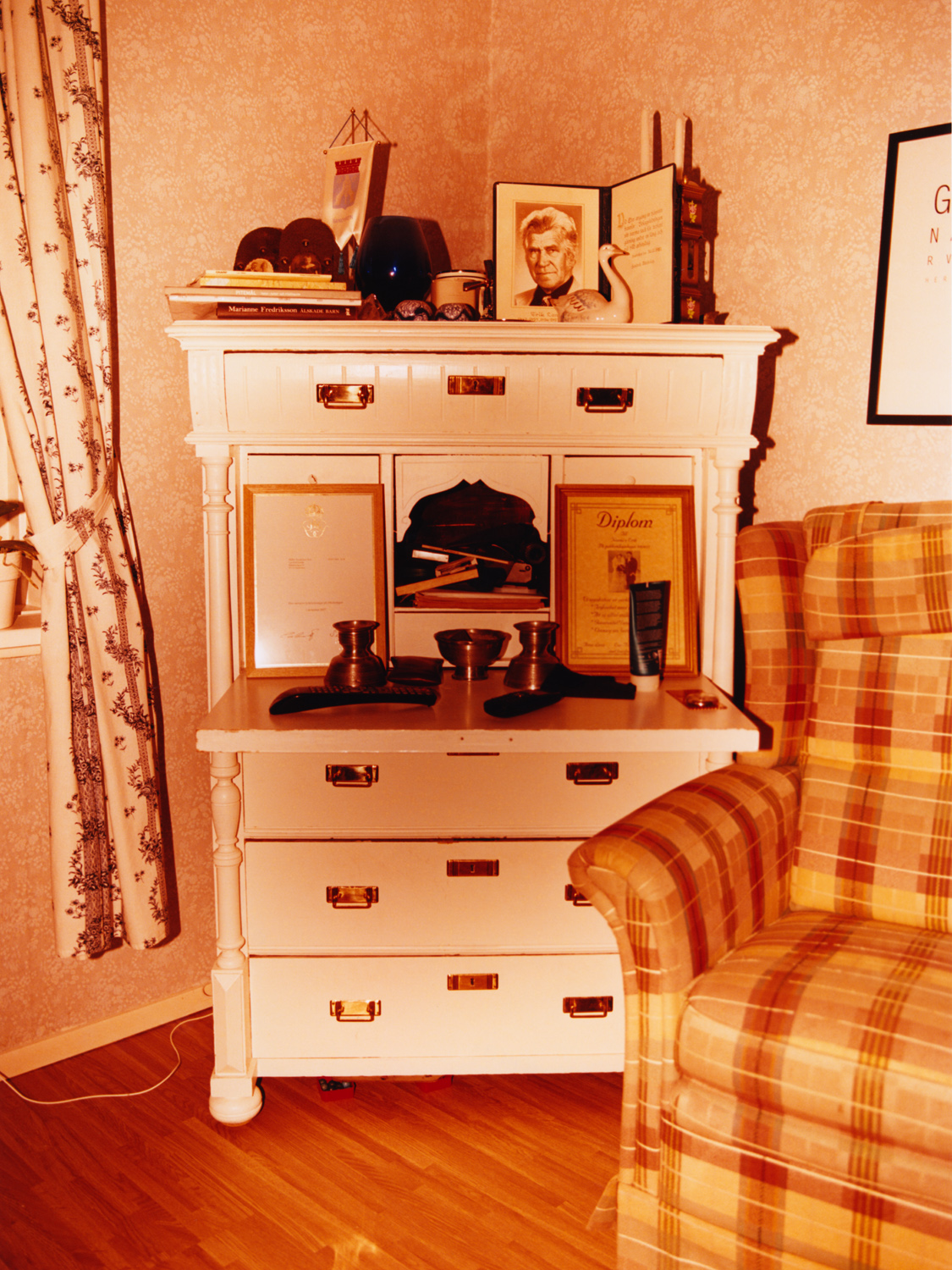 Though the work is well-acclaimed, the shadow of “Squalid Realism” and “Poverty Porn” have unfairly followed Billingham’s efforts. When you view images of Ray through his son’s familial gaze, you can read the terrain with love and care/concern. It depends on how you view the environment in which the family lives. The justification for the work to be considered “Squalid Realism” etc. comes from a class distinction and a perpetuation of British class division within art and photography. I see the images with a certain kind of realism that stems from an understanding Billingham’s family with their extreme tendencies brought on by alcohol and internal strife. Whenever we discuss social realism, what we are really discussing is class realism. If we were perhaps more honest about this language, we could begin to explore, with empathy what underpins these drives to qualify images in such a manner. The work is a brilliant investigation into a particular family and it is one of the reasons it was much heralded at the time of publication.

This is Farewell by Erik Gustafsson is a book about family, but the pictorial effort in which Gustafsson illustrates the concept is abstracted through various functions from blur to VHS Tape distortion. It is completely different to Billingham’s project. Gustafsson’s work functions on the level of family and explores his feeling that family can be intimate and close, but can also be handled with concern and care from a polite distance. I have outlined my feelings about Billingham’s Ray’s a Laugh in anticipation of reading through TIF as I feel both artists operate through the conceptual framework of family with love, but also question their affinity or closeness to it. Though the conversation about class is much less prevalent in Gustafsson’s book, some of the images of his mother and father are handled in a particular way in which, as in Billingham’s opus, can be investigated through the artist and not simply what lies within frame. I am suggesting there is an intimate distance in This is Farewell. 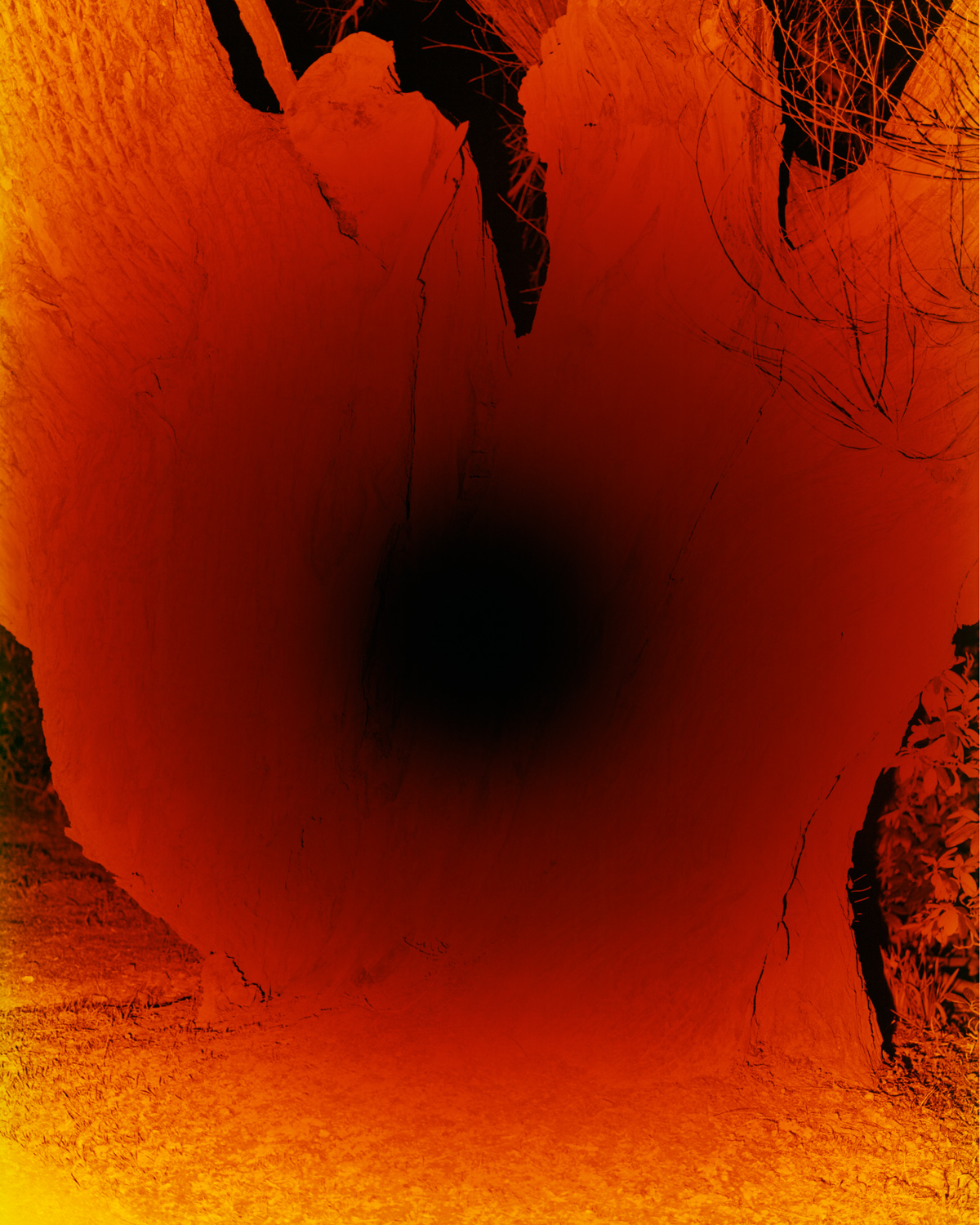 It should be worth noting the various technical considerations that Gustafsson permits in the work and to think about these manifestations to draw parallels to other artists. First and foremost, there is a layer of abstraction in the images. The cover of This is Farewell is reminiscent of Eammon Doyle’s books and reminds one of the Irish artist’s interest in the synthesis between drawing, 60’s film title montages and the photobook. Gustafsson’s cover incorporates a similar element of drawing or graffiti and this adds an element of relief in as much as that we are not confronted with a family photograph at the outset. It is a bold design move as. One thing photobook buyers tend to gravitate towards is a photographic cover image. The abstraction and drawing that we find on the cover are repeated inside on a number of images in which Gustafsson has re-photographed or shot through spray painted clear plexi (?) to incorporate these drawings/marks/anti-definitions into the landscape in front of the camera. This creates a reflexive role for the artist which suggests a strong hand in developing how his family is seen through the production of mark-making.

There is a dramatic and phantasmagoric effect to the color in Gustafsson’s work when the filters are applied. They become lost in a veil of color and notably the orange/umber/red challenges the eye to consider rust, decay and ageing, which is at the core of the work between Gustafsson, his parents and his elderly grandfather. The artist also makes an appearance. This inclusion strengthens the rhetoric of family found throughout the book. It ties the artist to the image of family through proximity. 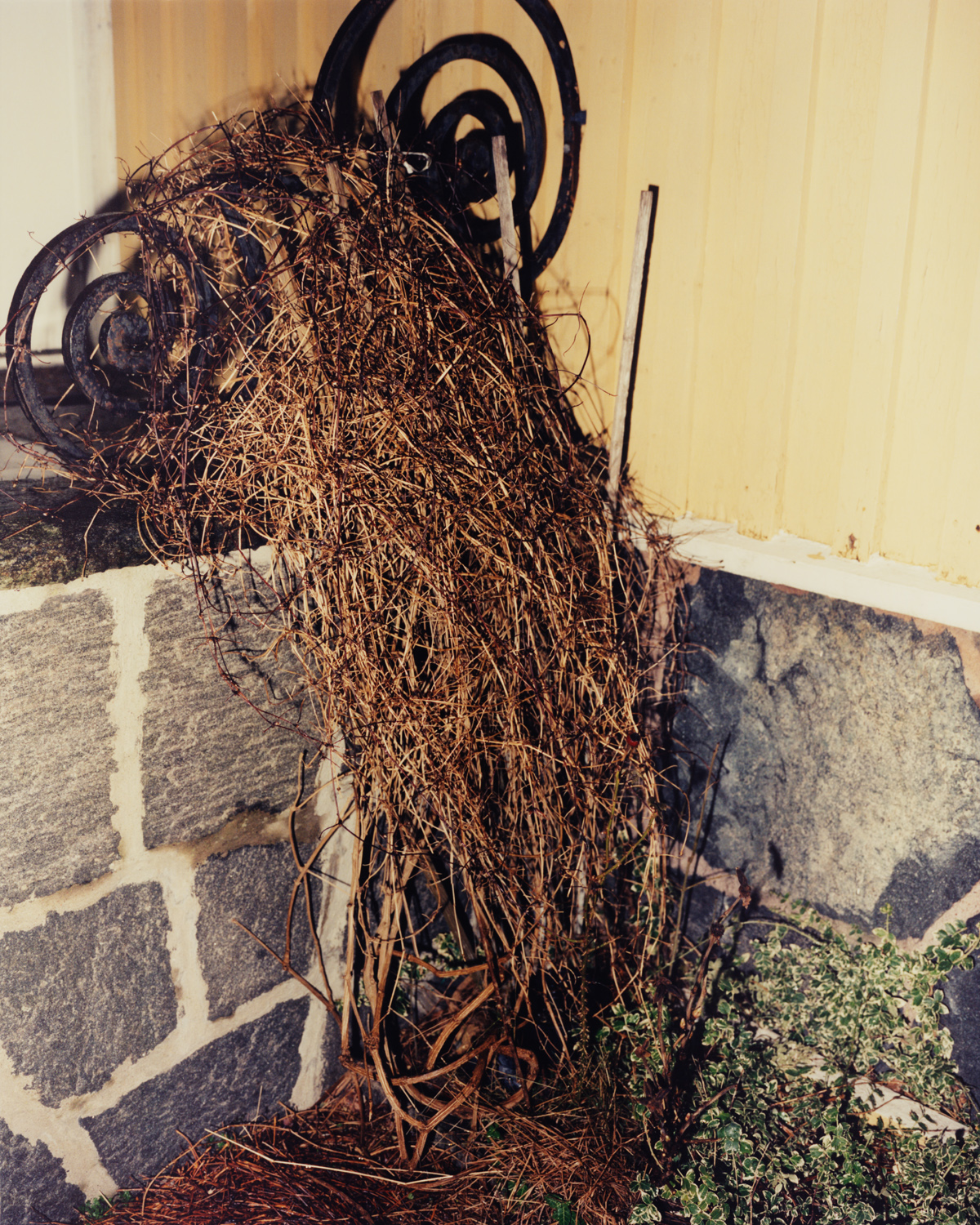 There is a distorted nostalgia made visible through the use of the Gustafsson family archival VHS stills. I read these images and their subject as Erik himself who can be seen at various moments in his young life playing in what appears to be the Swedish countryside recorded by his parents-a gaze that he will flip with the making of this book. This use of the VHS camera gives pause to consider Erik’s age, but also the passing of time through the use of an outdated magnetic tape recording device. It is hazy and the tape has some wave to it which creates this hypnogogic effect on the viewer (depending on age of viewer). It places Erik as a 90’s child. The images recall the use of a similar technology of television screen photographs in Larry Clark’s The Perfect Childhood though without the transient implicit violence and sexual perversion.

This is Farewell continues with a number of images that are more “straight” in their approach, technique, color and subject matter. Though the images are fragments of the larger landscape, they insist on the mundane in places.  These images are soberly composed and formal in their beauty.  This is where the major difference comes in his book versus a book like Ray’s a Laugh, the abstraction and somewhat more stoic use of the authorial position becomes clear. Erik is an artist here first and not a family member, whereas in Billingham’s book, the opposite holds true and both ARE VALID methods for discussing the concept of family through the production of art. 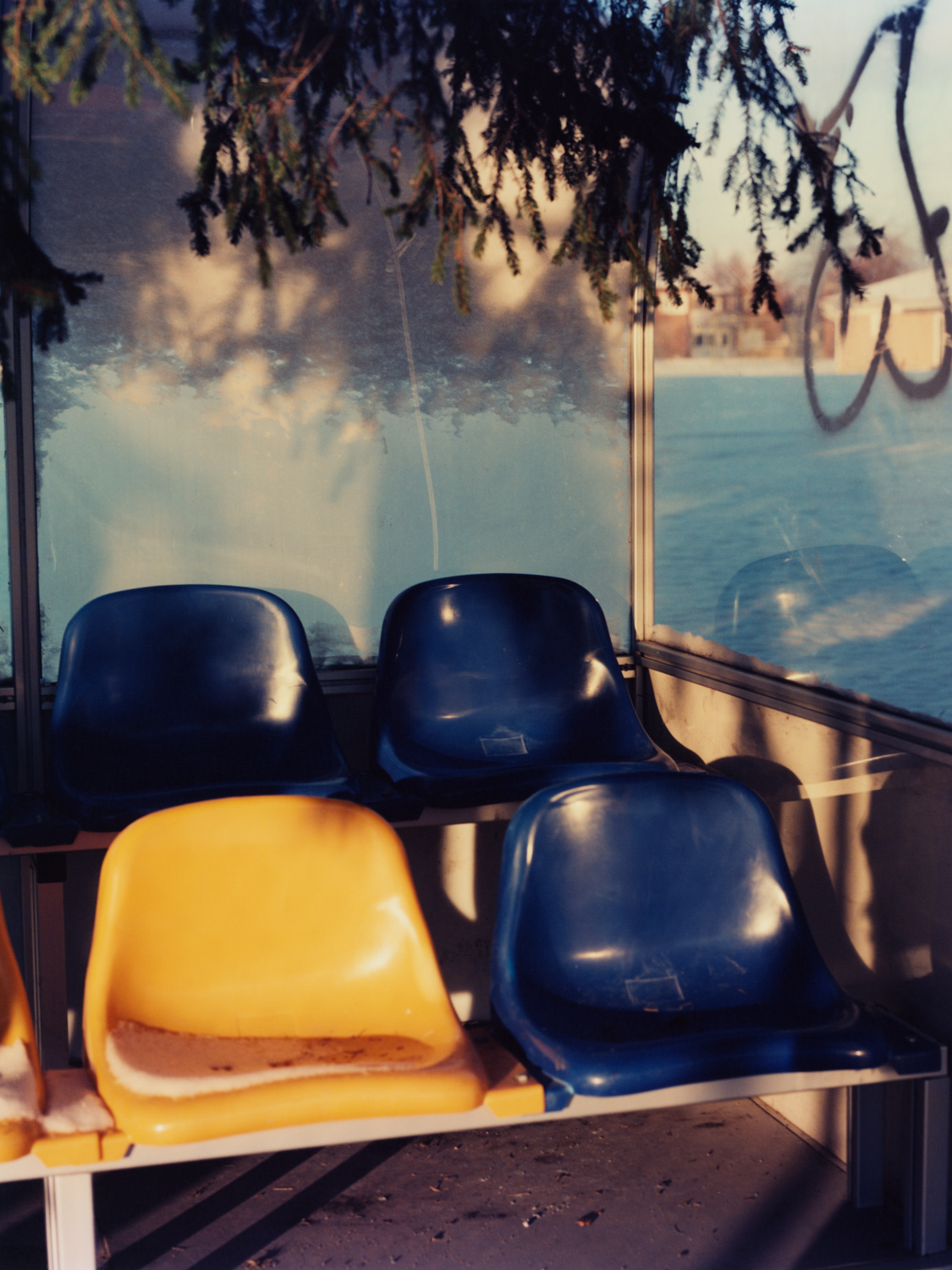 There are a number of beautiful and oddly haunting images within Gustafsson’s work that remind me of his fellow Swede Lars Tunbjörk. However, the work I feel most likely to allude to in association is the work of JH Engström whose editing and use of both color and black and white images mixed between landscape and portraiture is if not singular, extremely engaging as a masterful use of the medium. I feel their is a kinship between the artists and that there is an approximation to subject matter in both artist’s work. 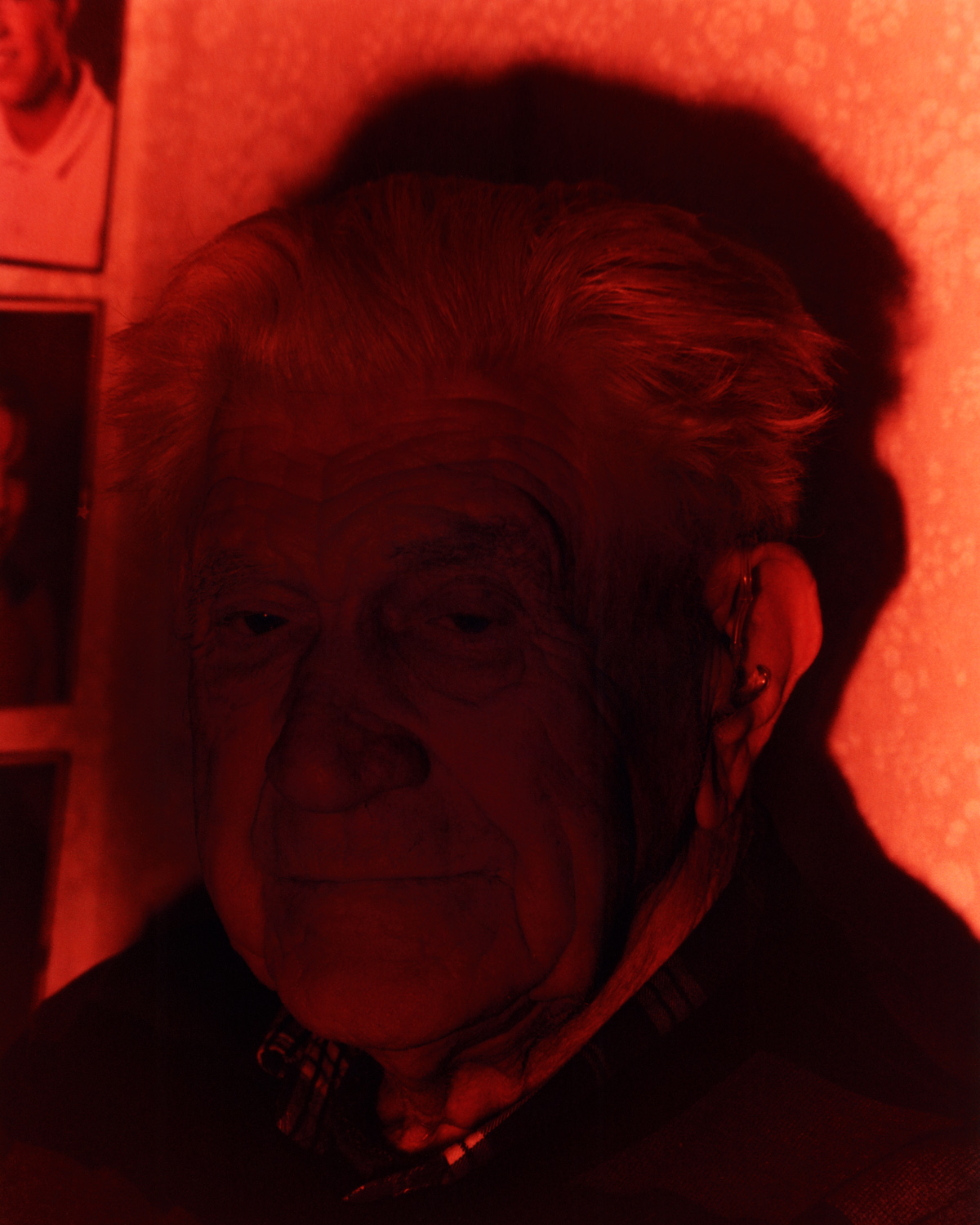 This is Farewell is an exceptional study of family. The artist is able to take a subject matter that can err on the chaotic (Ray’s a Laugh) and transform the concept of family from a nearly banal state into something energetic, engaging and reflexive of the photobooks quintessential prowess for turning a large handful of seemingly disparate single images into something particular, complex and coercive. Gustafsson’s thinking through the grand concepts of life, ageing and death are all expertly handled through technique and subject matter. All in, its going on my shelf, along with Ray’s a Laugh and The Perfect Childhood. Its place will be held along with similar books that I won’t part with until I am buried. That should give you an indication of its value in my home. Highest Recommendation