Bas Losekoot’s Out of Place is a study of people meandering through urban environments. The locations that Losekoot photographed in the book are cited as Hong Kong, Sao Paolo, Lagos, Mexico City, New York and more. At first glance, the work reminds me of a number of urban image projects of a similar fashion by artists such as Phillip-Lorca diCorcia, Peter Funch, Paul Graham all who have used the city as a stage in which to make work in a similar vein. There are more historic precedents to consider with the work of Ray Metzger, Harry Callaghan, Helen Levitt and many more. 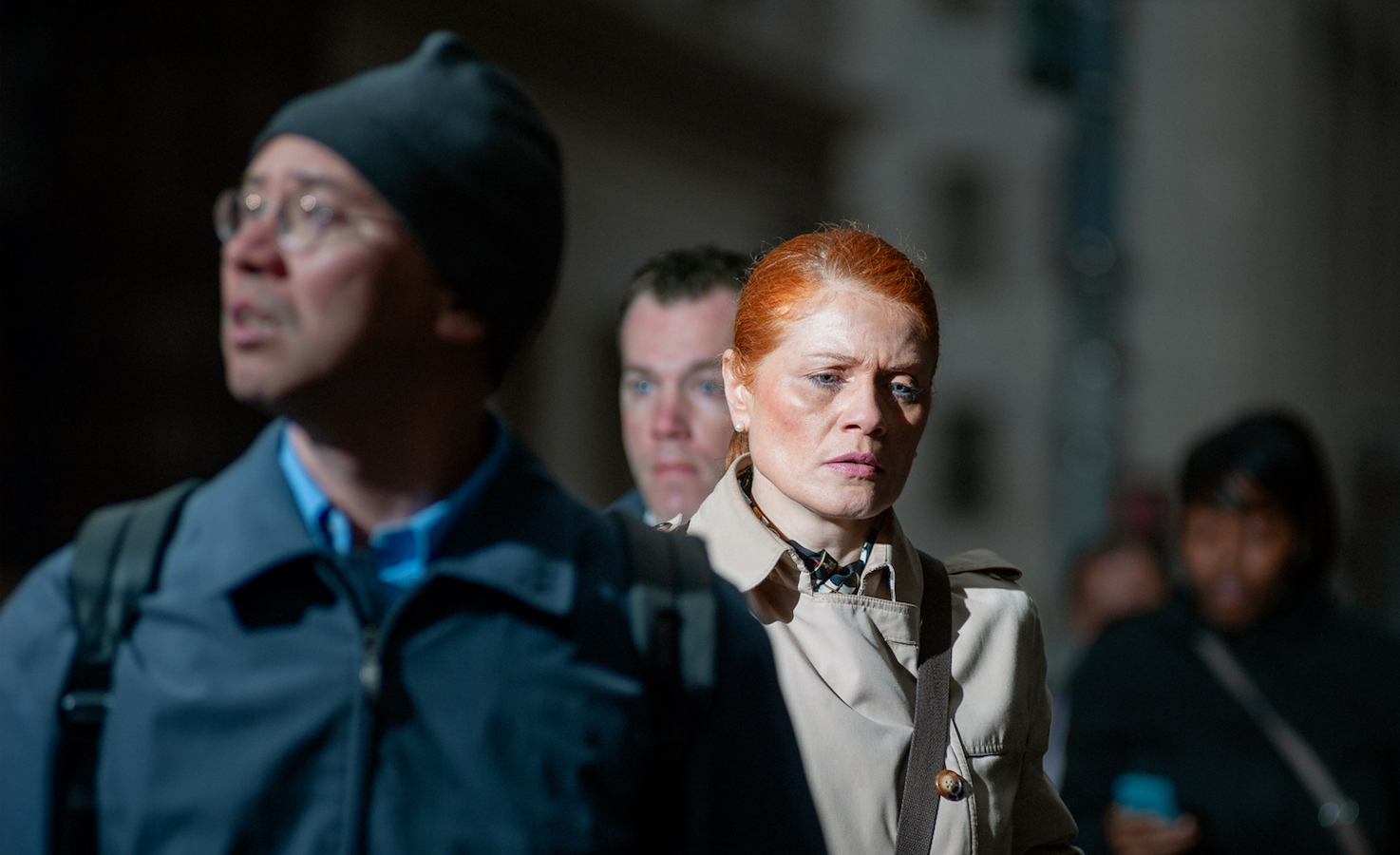 However, each artist referenced above has a very particular way in which they approach the city. With Peter Funch, though his photographs and Losekoot’s are arguably the most similar visually, they differ in their conceptual methodology. With Funch, his work was made in one place, during one hour of the day over nine years in New York. Though the stage looks similar and the way in which both Funch and Losekoot photograph up close and also pulled back in juxtaposition with an insistence on quick shutter speeds, Funch’s work is highly specific to repetition and variable nuance. He captures the same people on different days doing similar motions. Losekoot is interested more in variable images of a similar aesthetic in different places-the global signature in his work as important as Funch’s very singular placement. 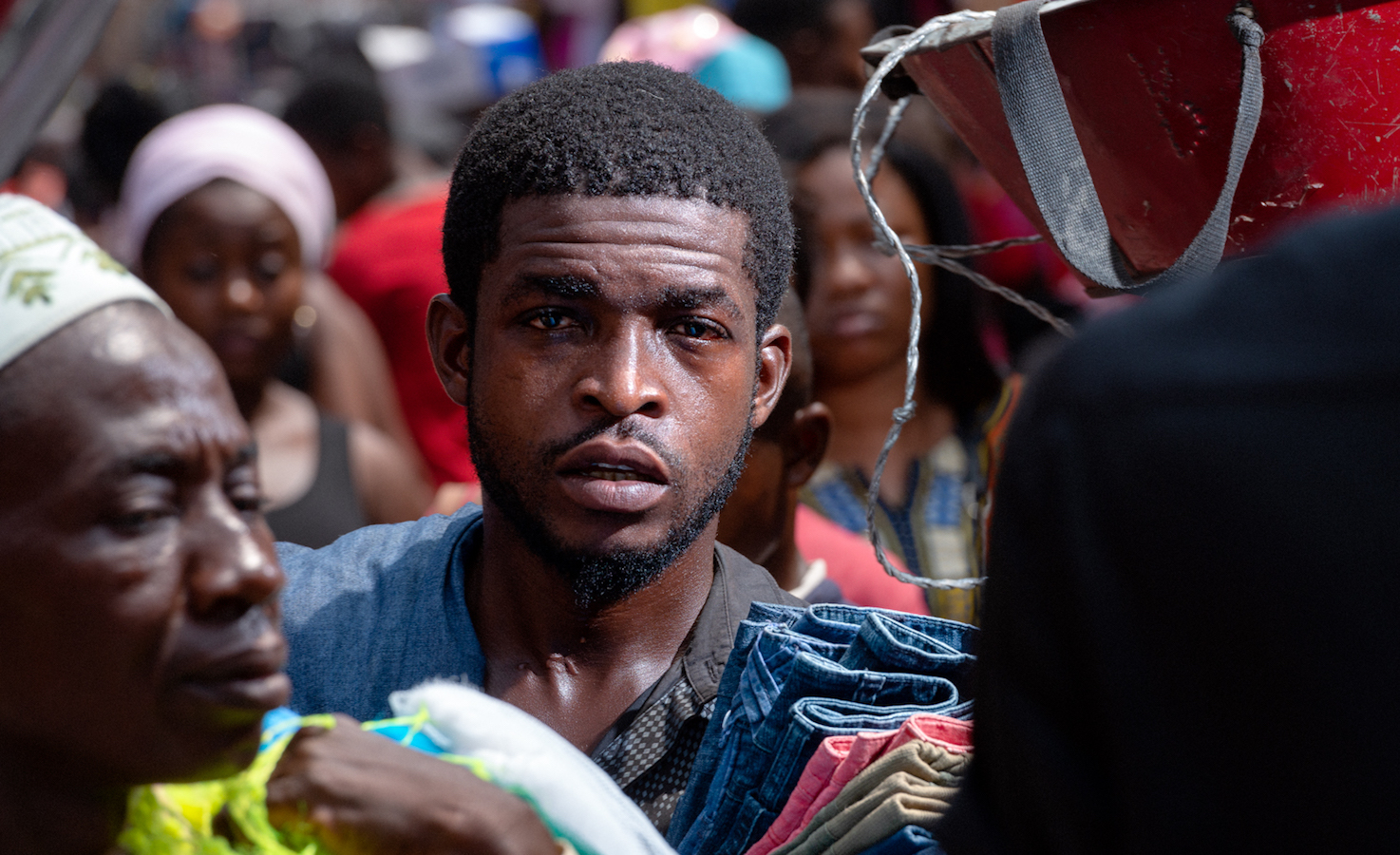 In a similar way, Paul Graham who is also invested in the moment and the ability to read an image and the time it was produced in sequence and from various angles, challenges our perception of the reading of the photographic POV. Losekoot has a similar thought process, but his way of exemplifying it is through book design with pages physically cut in a way in which they are presented as an album of multiple moments on preceding and following pages which overlap and cause second and third readings of any particular image in the sequence as opposed to Graham’s insistence on multiple frames of the same “scene”. Phillip-Lorca diCorcia is probably the artist of the three mentioned whose insistence on the street as stage aligns with Loskoot’s approach of production the most. Though Losekoot is not using artificial strobes from what I can tell, his use of natural light, high-intensity window light bounce etc. all give a highly saturated and fast capture of a singular “actor” reminiscent of di Corcia’s Heads series in particular. I would suggest Losekoot insists less on his subject than diCorcia. 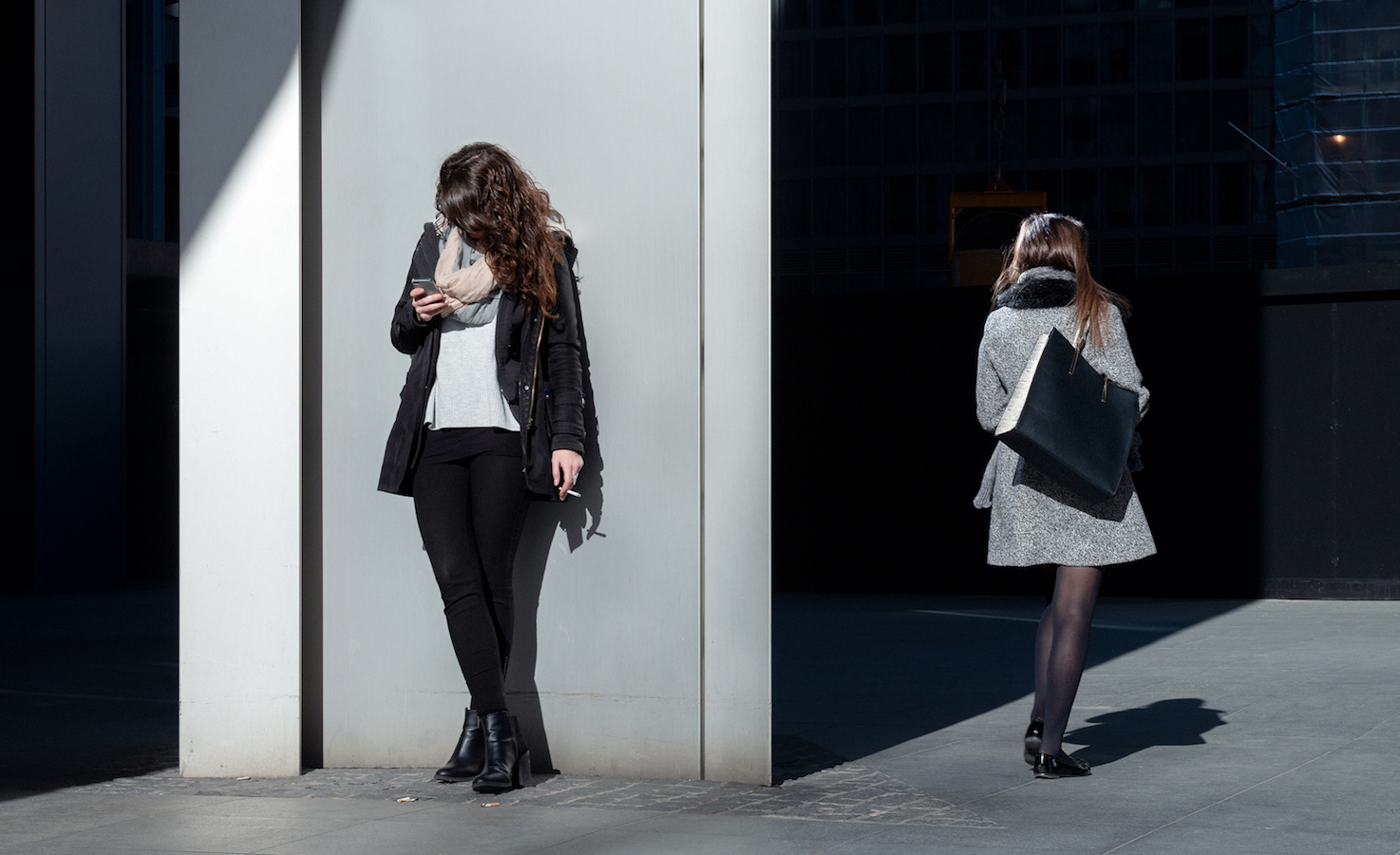 What makes Losekoot’s book interesting is his ability to work the city out mathematically as a place in which unconscious psychology plays out in the rhythm and movement of people and then to present that math in a book. Perhaps instead of theater in Loskoot’s work, we could consider the heaving pulse of the crowd with their imagined boundaries working like the gears of a clock or as a strange syncopated dance. Losekoot observes people as they jostle narrowly avoiding one another in their continuous flow. It is stream of humanity that moves like a river around postboxes, trash cans, each other etc. 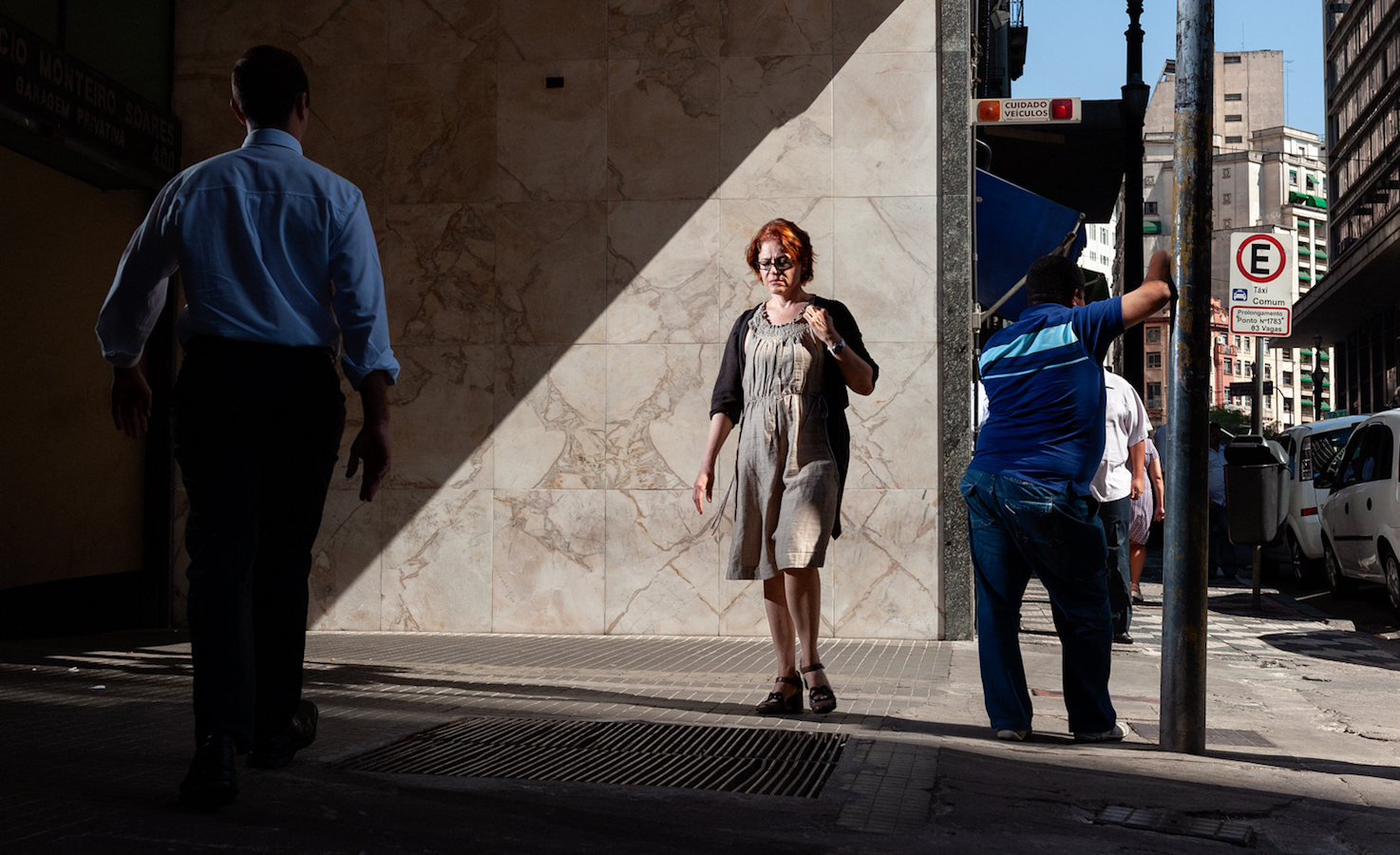 There is a plea here to think of Lewis Mumford and his writings on the design of the city and what our urban spaces mean for out mental health, relative safety and our patterns of behavior. What is revealed is toil. What I have referred to in the analogy of the stream is to also highlight the labor of movement and the frenetic bounce of Losekoot’s subjects. The human body in an urban space is subjected to a tremendous amount of conscious and unconscious physical movements over the course of a day. Imagine how one moves their body in a city like New York, Lagos or Mexico City-every step is calculated, every obstacle considered, every curb spotted well in advance. These movements, observations and considerations raise the pulse, the body’s stress and in doing so, give a different calculation to humans in congested pathways such as urban streets which Losekoot captures on a minute level. 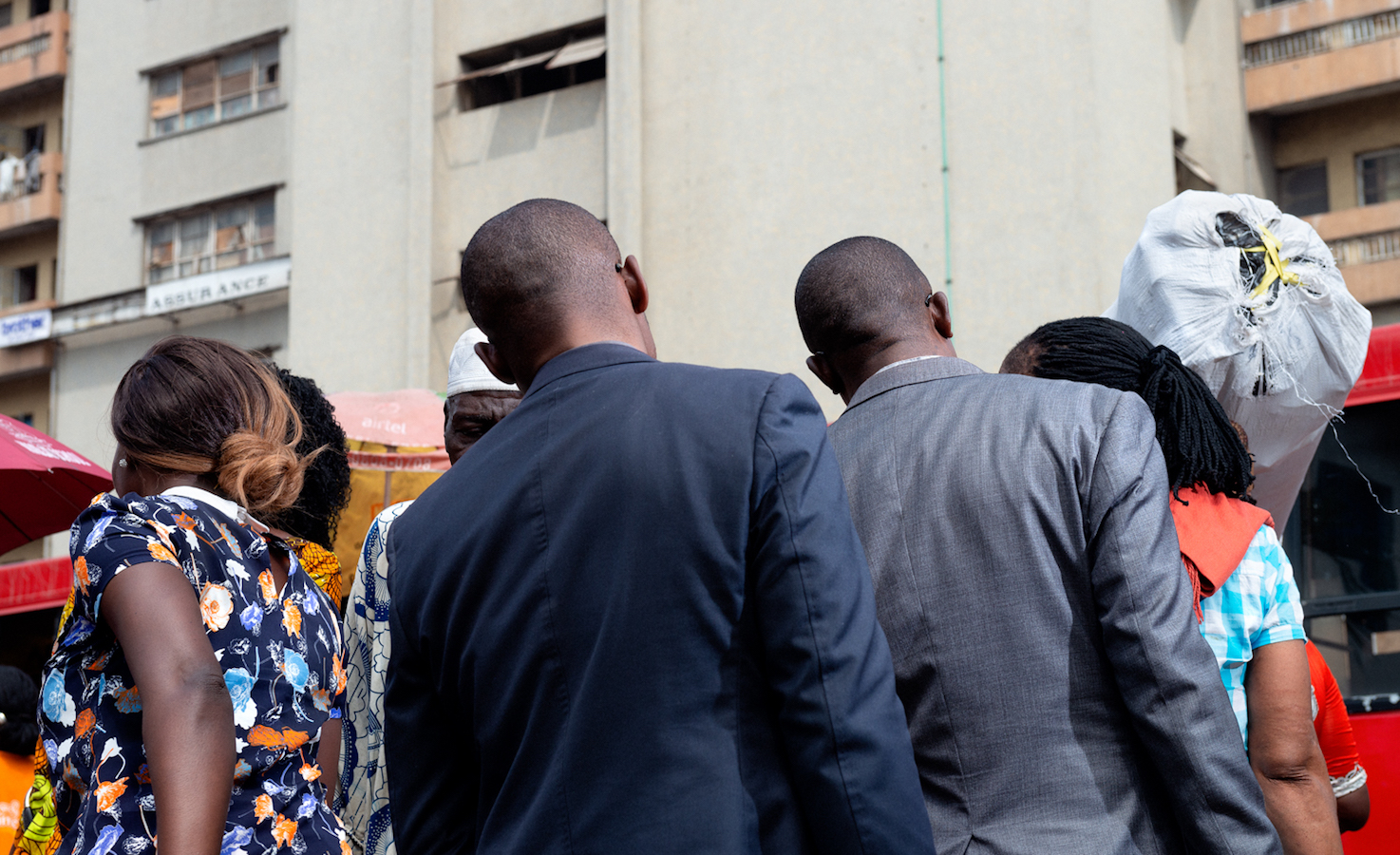 The book object is well thought-out and caters to the feeling of compression, perhaps even anxiety with its use of the previously mentioned cut pages which layer and create a fast-moving, complex  and tight edit. I would say that as someone generally uninterested in books with design gimmicks, that this manages to evade that problem instead becoming part of the solution for how to broadcast what Losekoot is interest in. There is also a brilliant interview in the back of the book with Paul Halliday which sums up a number of Losekoot’s concerns. It was interesting to see the citations involved particularly Henri Lefebvre’s Rhythmanalysis; a book that I have enjoyed reading previously. Out of Place adds an extra level to the dialogue of what can be done about “street” images and Losekoot’s take is deceptive in its surface reading. The true wonder of it is on deeper analysis of our place in cities and how we navigate each other and the urban terrain. Recommended.