In leafing through Anton Roland Laub’s critical “Last Christmas (of Ceaușescu)”, I find myself thinking about how traumatic justice is performed for a public and how we respond to images  broadcast in which death is used to reclaim sovereign unification. I am reminded that these documents or transmissions facilitate belief that is necessary to move forward with political change. I am reminded of the execution of Gaddafi, Saddam, and found myself venturing backwards through history to remind myself of the images sent out from Nuremberg at the end of WWII. I am also reminded of Mussolini’s rather grotesque death and the many images of his bloated face, his arrogant former mug crumpled like a deflated soccer ball.  In extreme political moments the public, particularly the public suffering under harsh rule or tyranny, are not satisfied with reports of death, but rather feel an urge to see the face of the dead. Images are captured and distributed. It is only with seeing the face of cruelty disabled that the trend towards healing can begin. 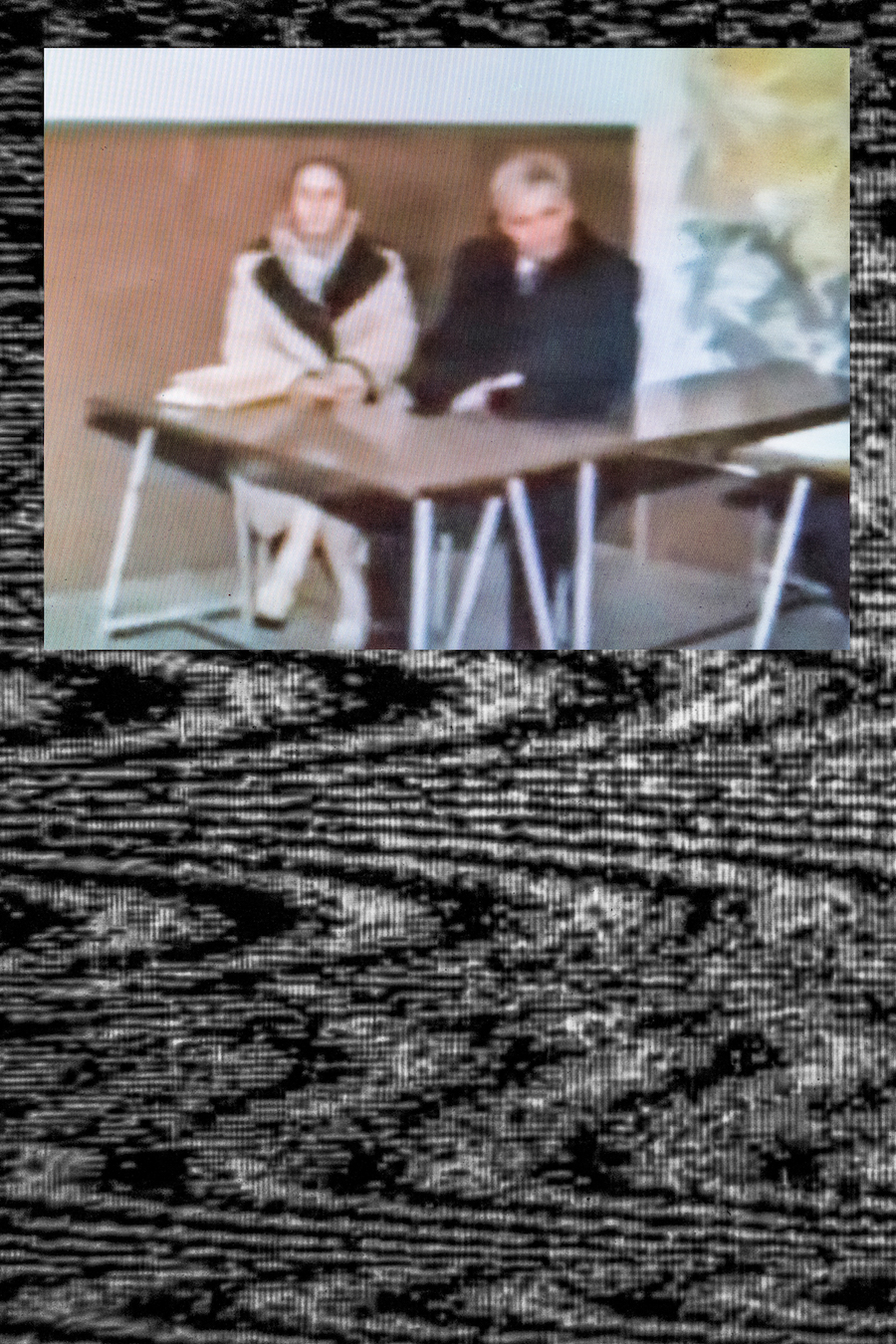 Today I (re) watched the death of Elena and Nicolae Ceaușescu in preparation for writing on Laub’s book. In the video before the execution, the Ceaușescus are set in a minimal stripped down room of a nondescript house in the town of Târgoviște, Romania where the couple had fled by helicopter after losing control of anti-government demonstrations following Ceaușescu’s last speech on December 21, 1989. This shortened and aborted 8 minute speech had followed a bloody crackdown in Timișoara and other cities in Romania in which around 1000 people lost their lives in defiance of Ceaușescu’s regime. I suggest “around 1000” as many things are still unclear about the final days of the regime and its aftermath. The protests that resulted in the president’s flight had been gathering size and force as other Eastern European countries liberated themselves peacefully from the last death throes of the Soviet Union. Romania, the last country to exit the communist system was the only country from the former Eastern Bloc whose changeover was timed with a bloody revolt. 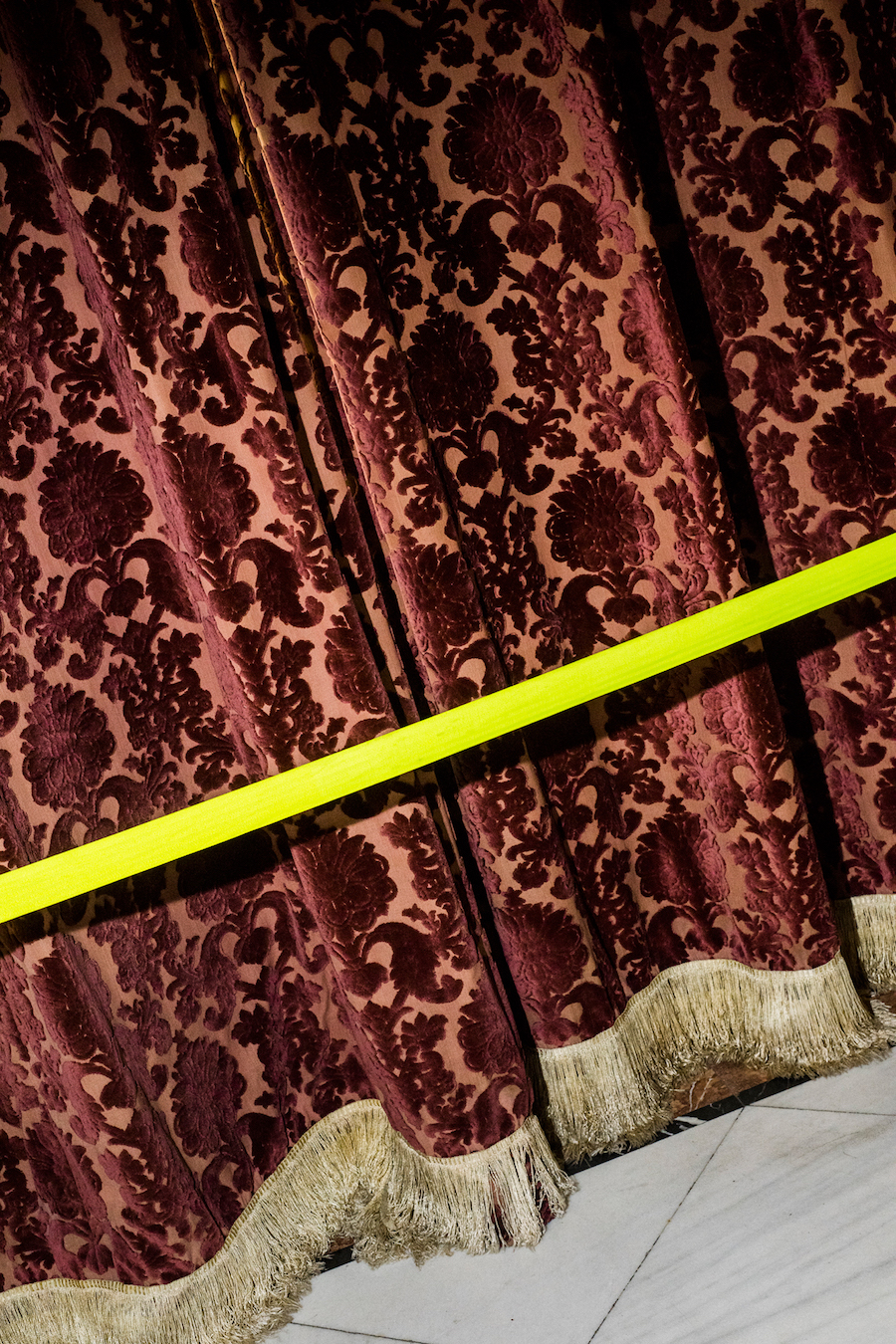 Back to the house in Târgoviște…The luxury of the Ceaușescu’s former glory has been stripped from the frame. In the grainy VHS recorded footage, Nicolae can be seen berating the assembled cameramen and military officials in the room. Occasionally the wife of the dictator raises her hand in a frantic gesture of condemnation attempting to silence the interrogators while Nicolae proceeds to silence her. Elena is also seen gathering up what appears to be an fur lined coat around her repeatedly as if frozen to the bone. It is Christmas day. In this bare room a show trial for the lives of the former dictator and his wife is under way and concludes just under ten minutes. The jury, made up of quickly selected officials brings the verdict and sentence in at 1 minute and 47 seconds. It is to be death by firing squad. The couple are hoisted from their chairs, hands bound with with some resistance and led to the courtyard. They have asked to die together. The couple are arranged and stand facing their fate. Three shots are heard, a small and opaque veil of smoke rises from the bodies as the cameraman approaches the couple. 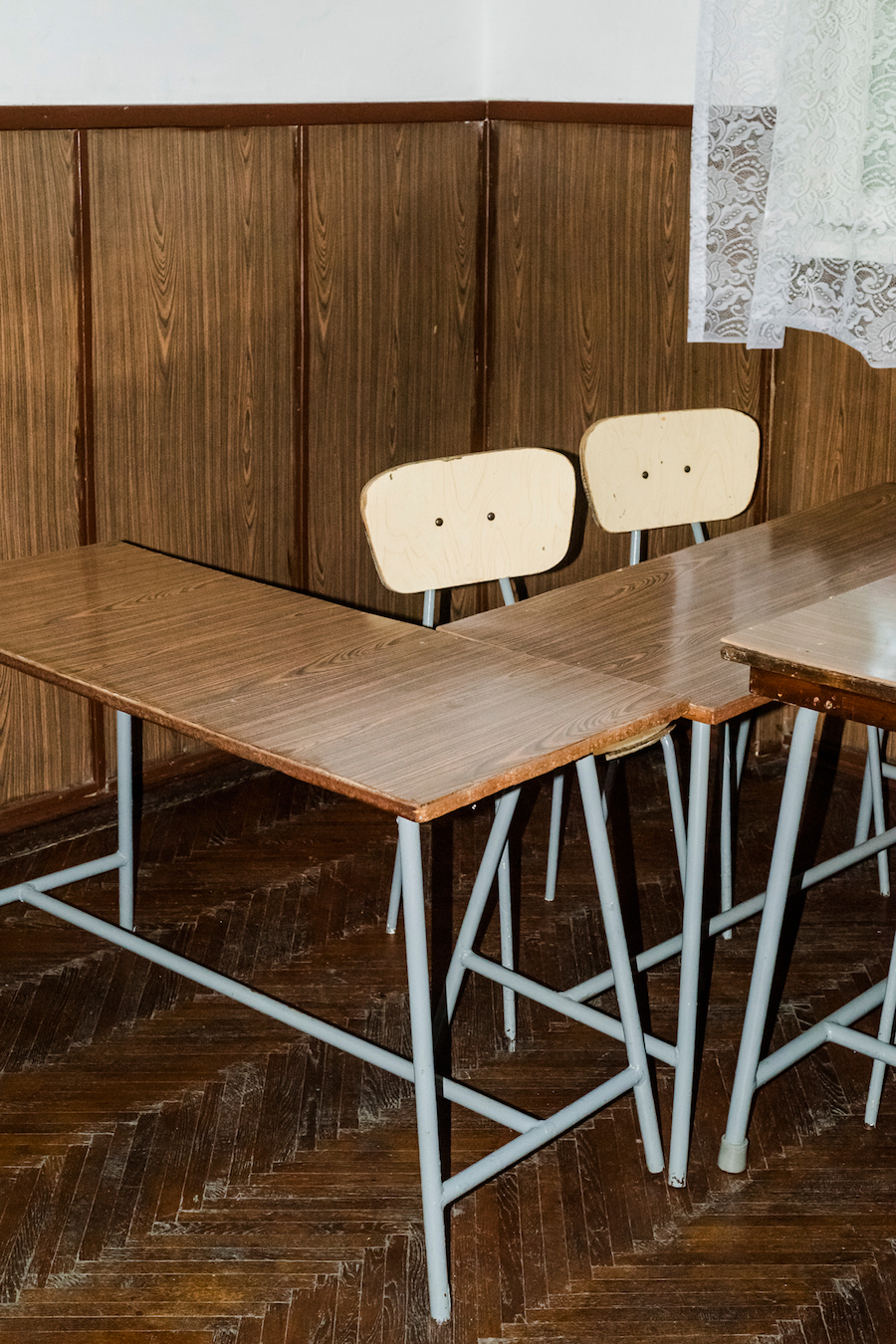 The couple were shot by three men. Their bodies crumpled like wet towels to the cement. Elena’s body shows severe trauma to the head; a long thin burgundy trail leads like a rope from the camera to her head before the device quickly shifts to Nicolae whose wounds are buried behind layers of clothes. He is bent backwards with his body awkwardly folded over his legs. It is graphic and the grain of VHS makes its slightly more unsettling in retrospect. The video will air in nearly every country as a tell-tale signal of what happens at the end of all tyrannies. It will be celebrated by Romanians and thought of as a sign of victory, a morbid emblem of reverse propaganda. The death of the Ceaușescus will fascinate successive generations. The graphic departing shot can be considered a testament to the traumatic and lean years suffered under the ruthless power couple. 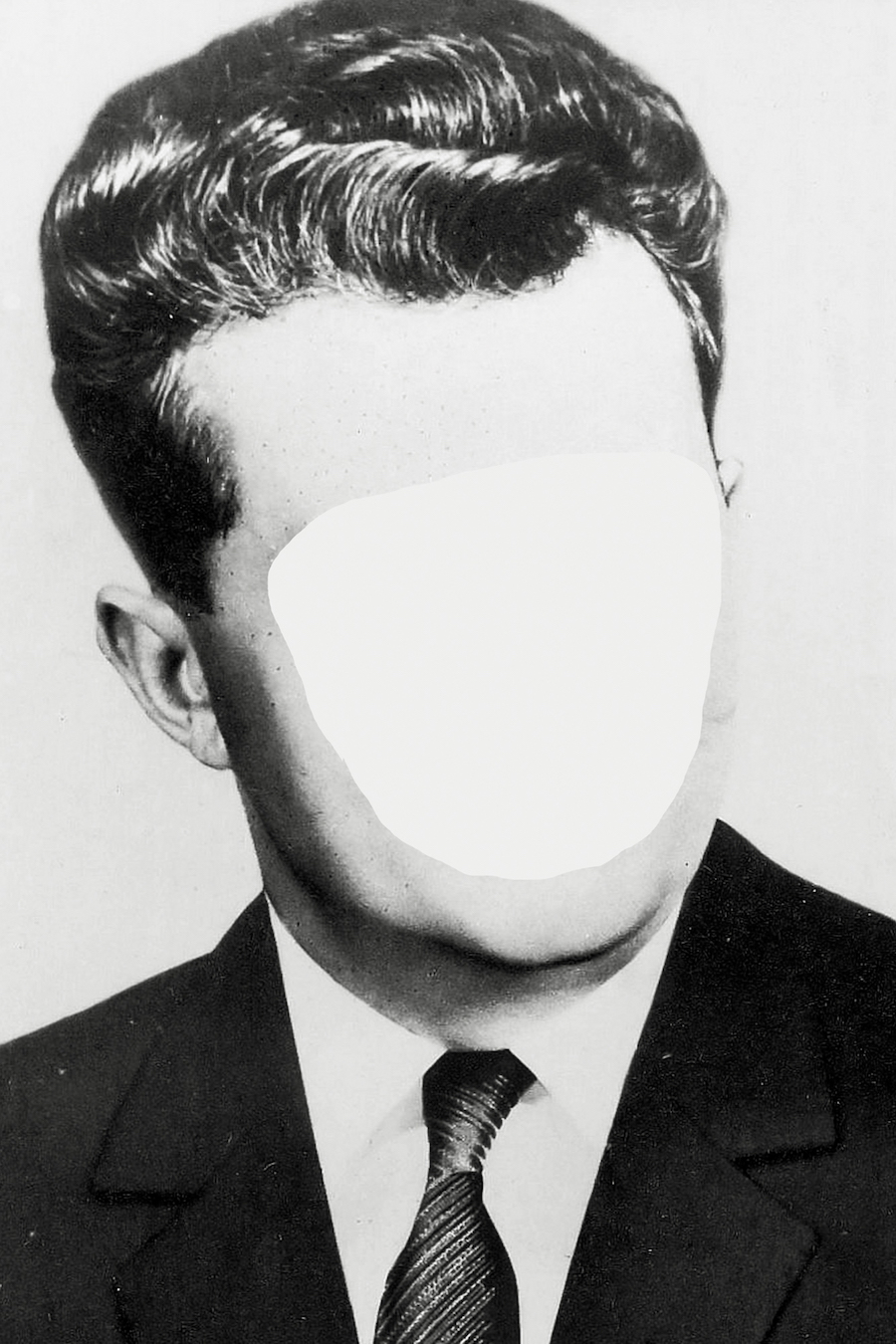 Anton Roland Laub’s Last Christmas (of Ceaușescu) (Kehrer 2020,) is a testament to the enduring power of the Ceaușescu story. Laub, born in 1974 in Romania would have been a teen of impressionable age when the execution took place. Ingrained in the memory of the artist would be a impression regarding a change of ideology, but also a fevered memory of seeing traumatic death up close of someone recognizable publicly broadcast. In making the work, Laub has stated that he is looking for answers. In 2019, the EU called on Romania to officially process past events surrounding the reign of the Ceaușescus, but also regarding the protests and eventual execution of the president and his wife. It is thought that though the historical framework of the moment has been loosely documented, that much of the nuance of the historical detail has been left dormant and risks a slow fade from public memory. 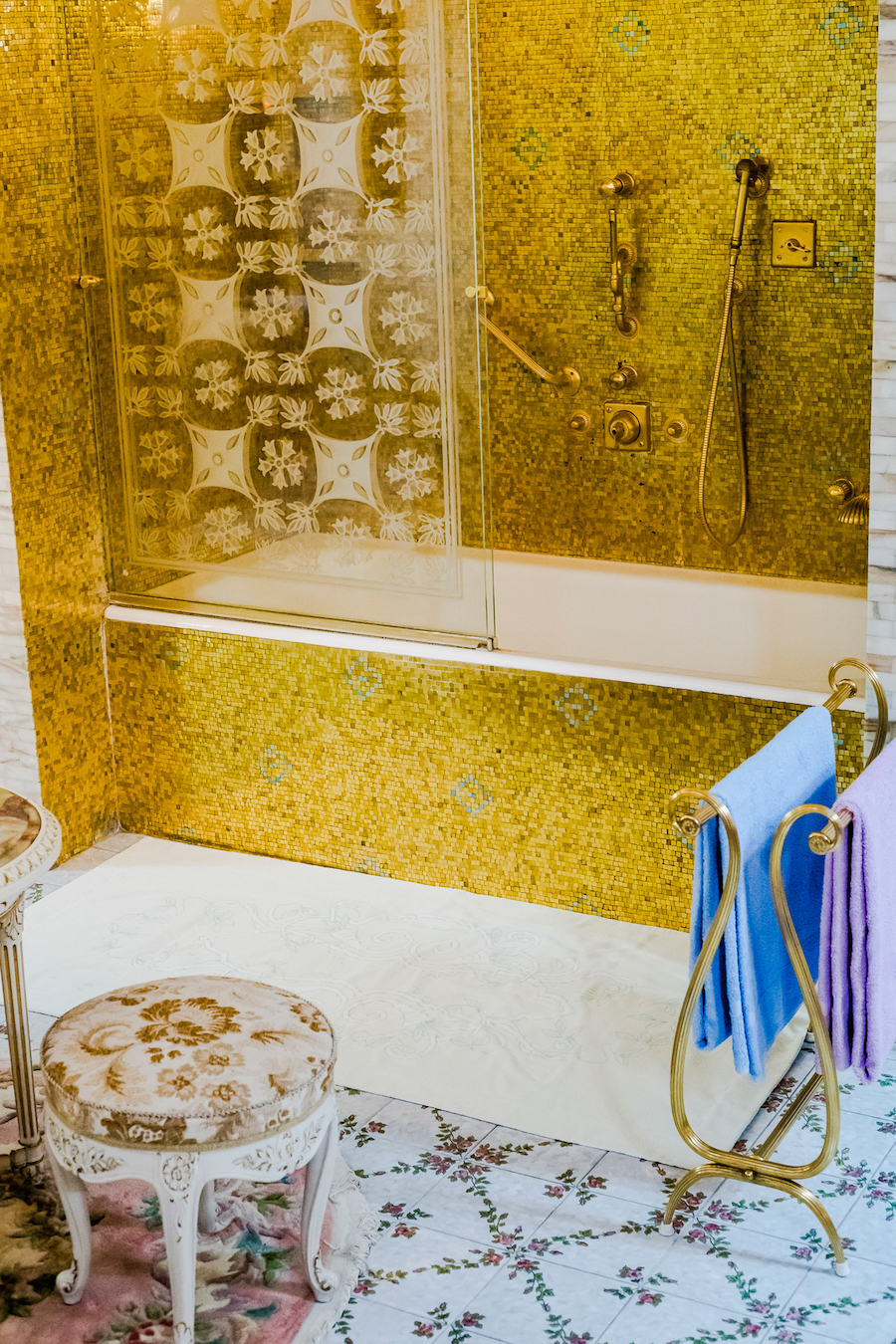 Being of a generation who spent his formative years during the Ceaușescus reign, it is important that Laub and his generation come to terms with the moment and help their reconcile its history. Being too young to be complicit in the moment, it is critical that his generation begin investigating what happened during the reign of Ceaușescu and to use that information to undergird a more comprehensive formatting to Romania’s complex history. Laub is reminded of this through the sound of his father’s typewriter which he has photographed repeatedly against a green screen. It is a personal tie to history through a family member who also bore witness to the moment. The green screen acts as a further comment about how we perceive media and how we manufacture history through moving images. 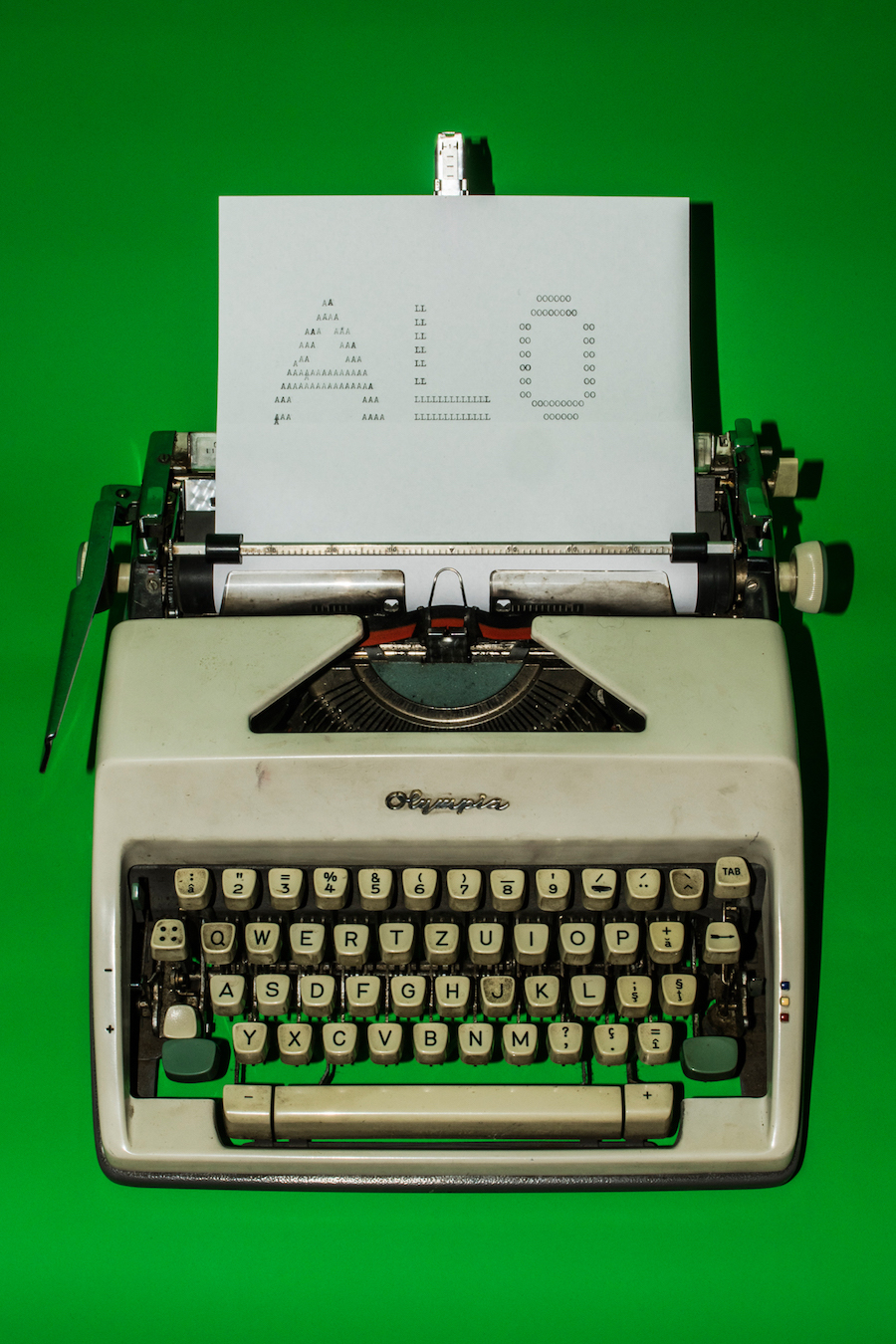 In his book, Laub  examines traumatic places in an effort of understanding historic events. He investigates the same room and courtyard in which the Ceaușescus were held and executed. The results are purposefully disorienting through their cropping. Throughout the book, Laub makes use of the Târgoviște house and the courtyard. He photographs the bullet holes left in the wall which was used as a backdrop for the Ceaușescu execution. It is a particular image as it asks us to consider, like Thomas probing the wounds of Christ, the physical and material residue of death through accepted belief (as supplied by an image). It is a second layer in which the forensic photograph acts as surrogate to confirmation of seeing the bodies (again) in situ after their death. This image and the images that Laub has made of the space and the room in which the Ceaușescu’s were held is juxtaposed against their residence and the completed Palace of Parliament, or Casa Poporului. These images, which include the famous gold bathroom are stages for which to interpret the past through visitation and image. They become surrogate images for understanding an outline of Romania’s last thirty years and ask questions about the events leading up to the change. It is a book that ruminates on the Ceaușescus, but also seeks wider questions about the fateful month of December 1989 and its aftermath. It asks as much about the future of the country as it does about its near past. 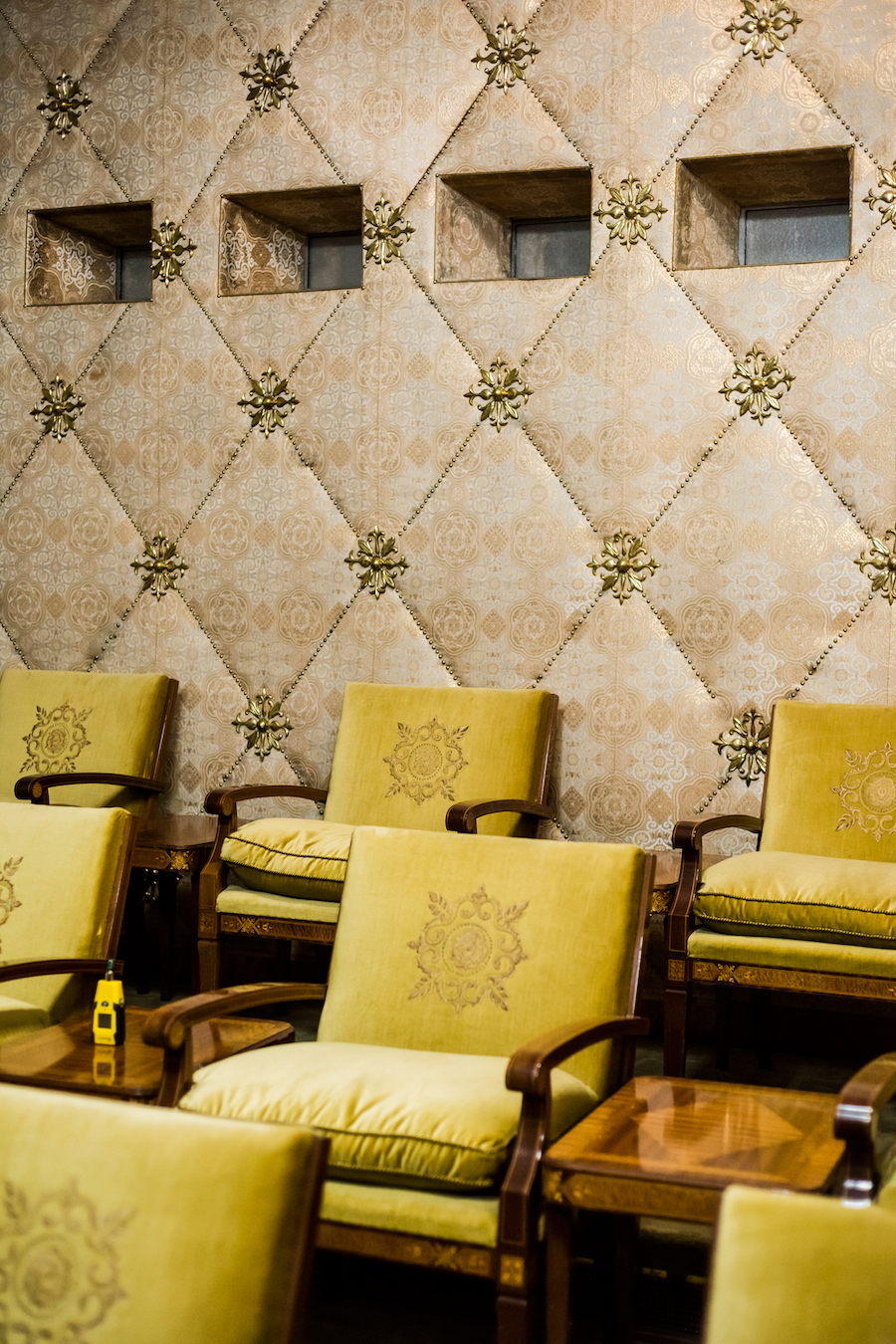 One interesting technical device that Laub employs throughout the book is the use of still frames of the death of the Ceaușescus. The VHS/News images are grainy and truncated and become hard to interpret. They suggest a fragmented read into the history of the final days of the Ceaușescus. They also ask to which level memory of trauma operates in the public. These images, so ingrained in the collective body function as a sort of dumping vessel for a difficult moment. The grainy and wavy images remind people of the moment, while also emphatically state that memory often colludes with doubt to re-purpose an understanding of history. It is imperfect and unreconciled. Implicit in this is our understanding of the very slow unravelling and declaration of a shared history and its will to be confirmed or understood. I throughly recommend the book.