One can think of the urban environment in its various stages of building and tearing down as an interlocking mechanism similar to a pocket watch or Rubik’s cube. Each part of the city, its buildings, its billboards, and its many pieces interlock to provide traction for the cogs of the watch to continue its movements. The city of now is bound to change and momentum. It is not static and yet many pieces of the urban machinery begin, in their pursuit of consumer and capitalist tendencies in architecture to slowly align to shift from the appearance of gormless chaos into something standardized. 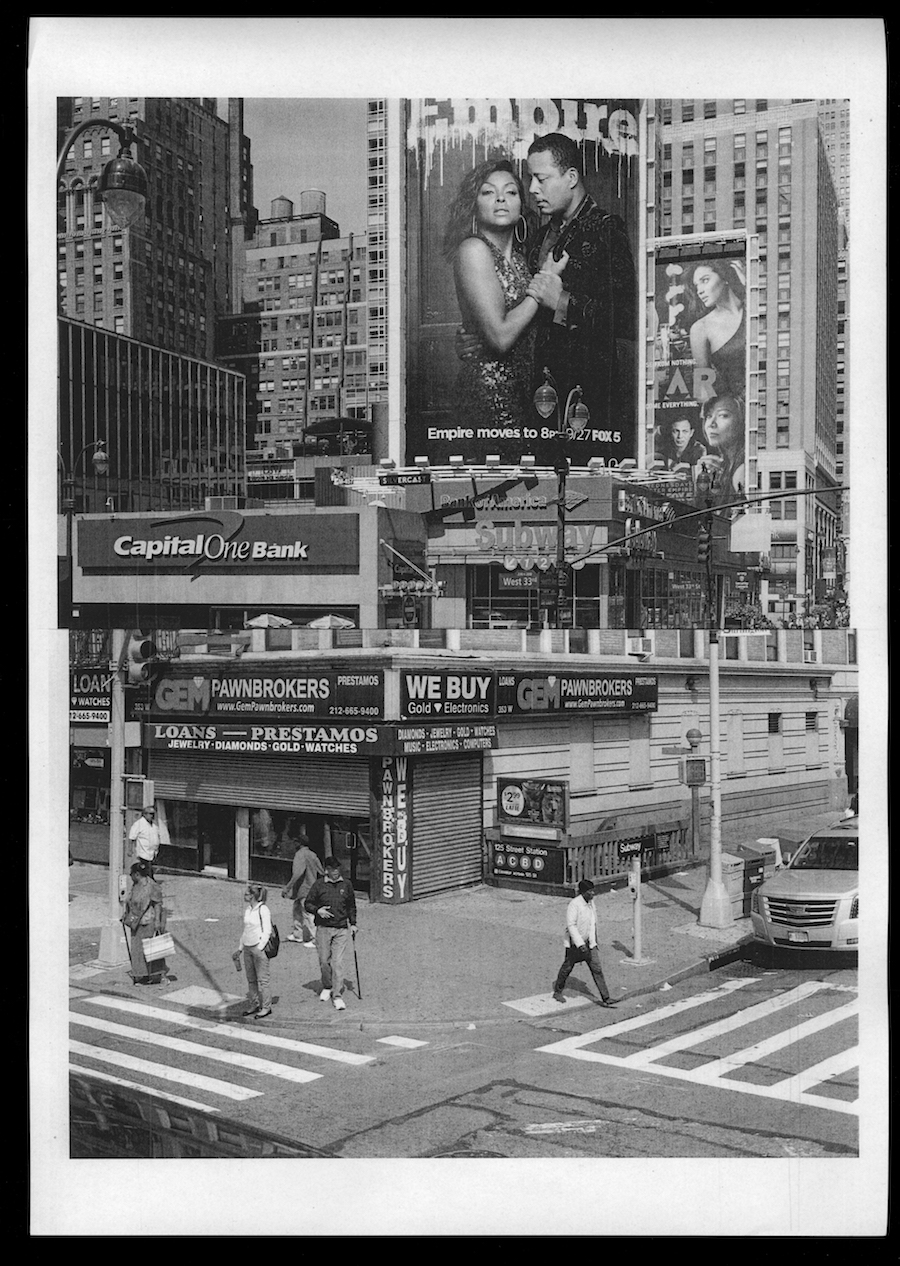 The city/watch of now is slowly replacing its cogs and pieces, updating its facade like new software. The new cogs of the watch slowly become uniform and standardized in an attempt to unite their many functioning pieces in one general direction with a momentum that alludes to progress or forward motion found in city centers across the globe. The most prevalent prescription for this momentum to go unnoticed so as not to elicit fear of radical change and the awareness of a capitalist monocultural tendency in the public is for the urban environment/watch to drive the visual terrain towards superficial chaos. In this drive towards the facade of chaos, the slow homogenization found in chain stores and universal branding exercises is hidden and embedded on the subconscious level of the citizen inculcating their choices and familiarities. Chaos is necessary to allow these signs and changes to embed in the consciousness of the people. This chaos is registered in two ways. 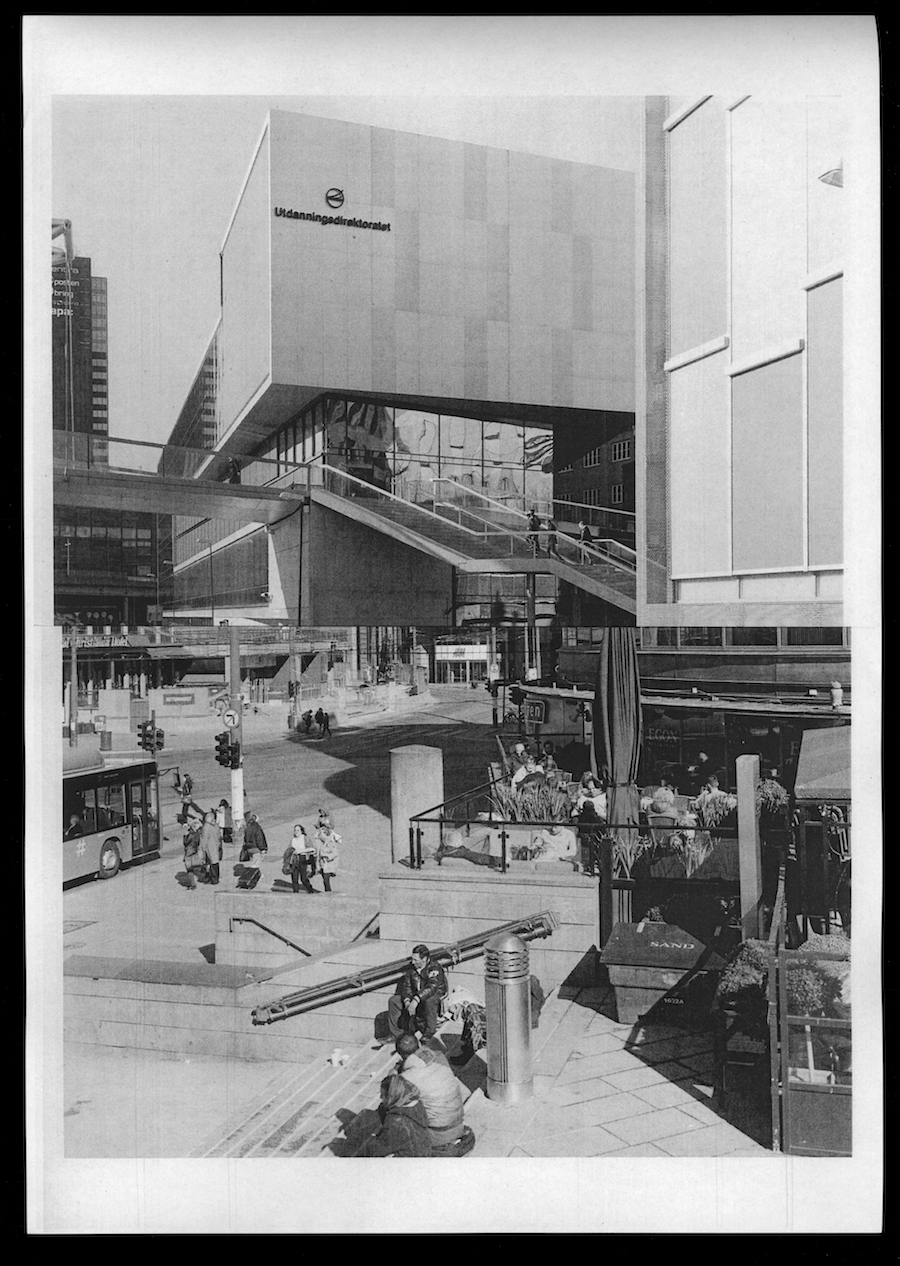 First and perhaps most importantly is that the facade of the city is kept in highly compacted and over-abundant visual disorder. Signs, advertising, and any significant image reaching our attention simultaneously are better for the pursuit of control through a slow turn towards an explicitly homogenous offering. The more of these elements that line the facade of the urban environment, the more distracted the casual pedestrian is from its constant updating. Change on an incremental level is preferred though the second element of chaos depends on construction within the city. These changes can be camouflaged through overabundance. 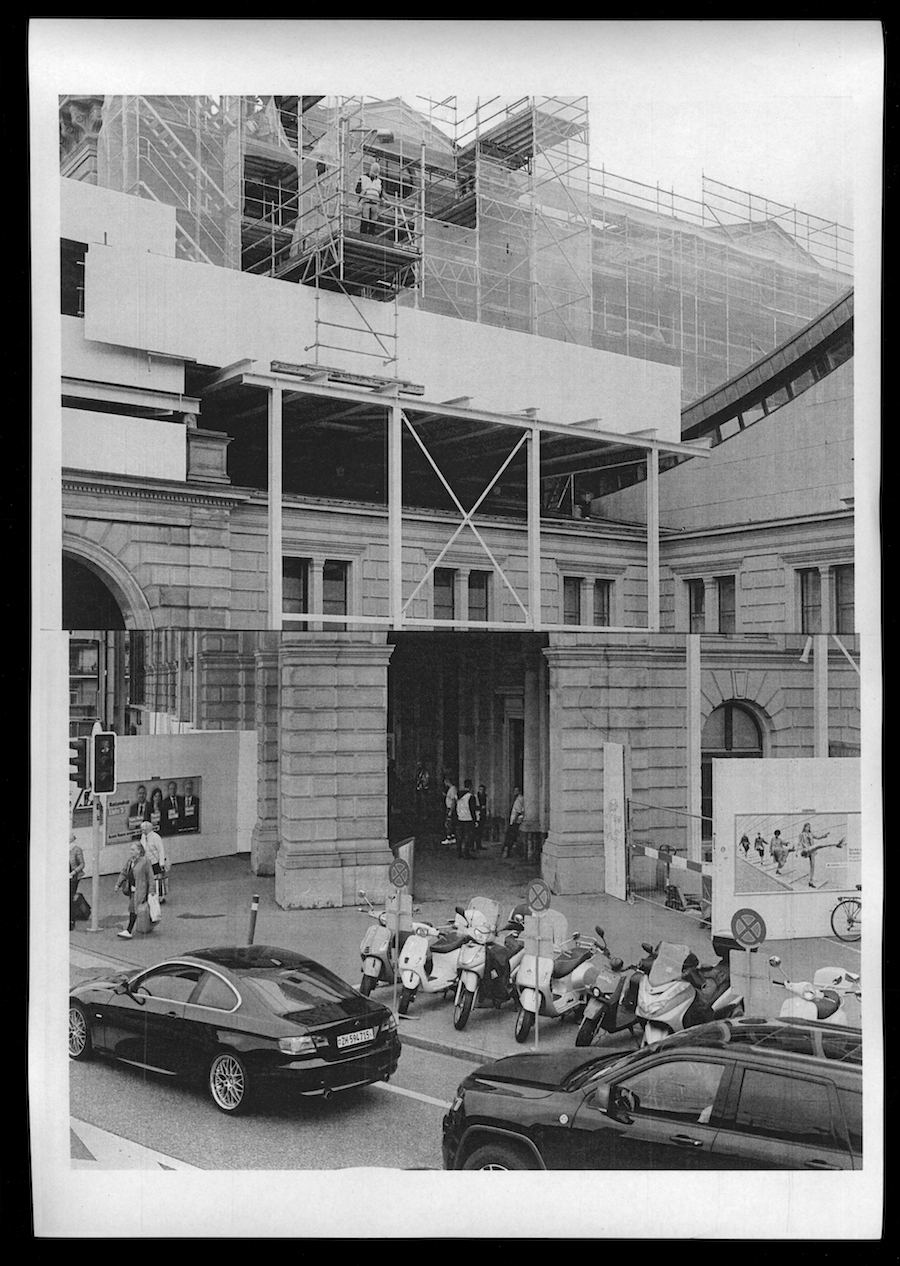 The second way to keep continuation towards homogenous culture through the mechanism of the city is in parallel with the first, though at first read, it seems like a less subversive and more obvious and intentional mode of production. This is the city as a constant worksite. “They must be building something new”. Keeping the city in constant change through pivoting traffic and pedestrians in different unaccustomed directions for building works is a soft employ in which uncertainty in the urban environment is accepted as a progressive need that enables updating. This constant mazing and rebuilding keeps the level of distraction at a high. 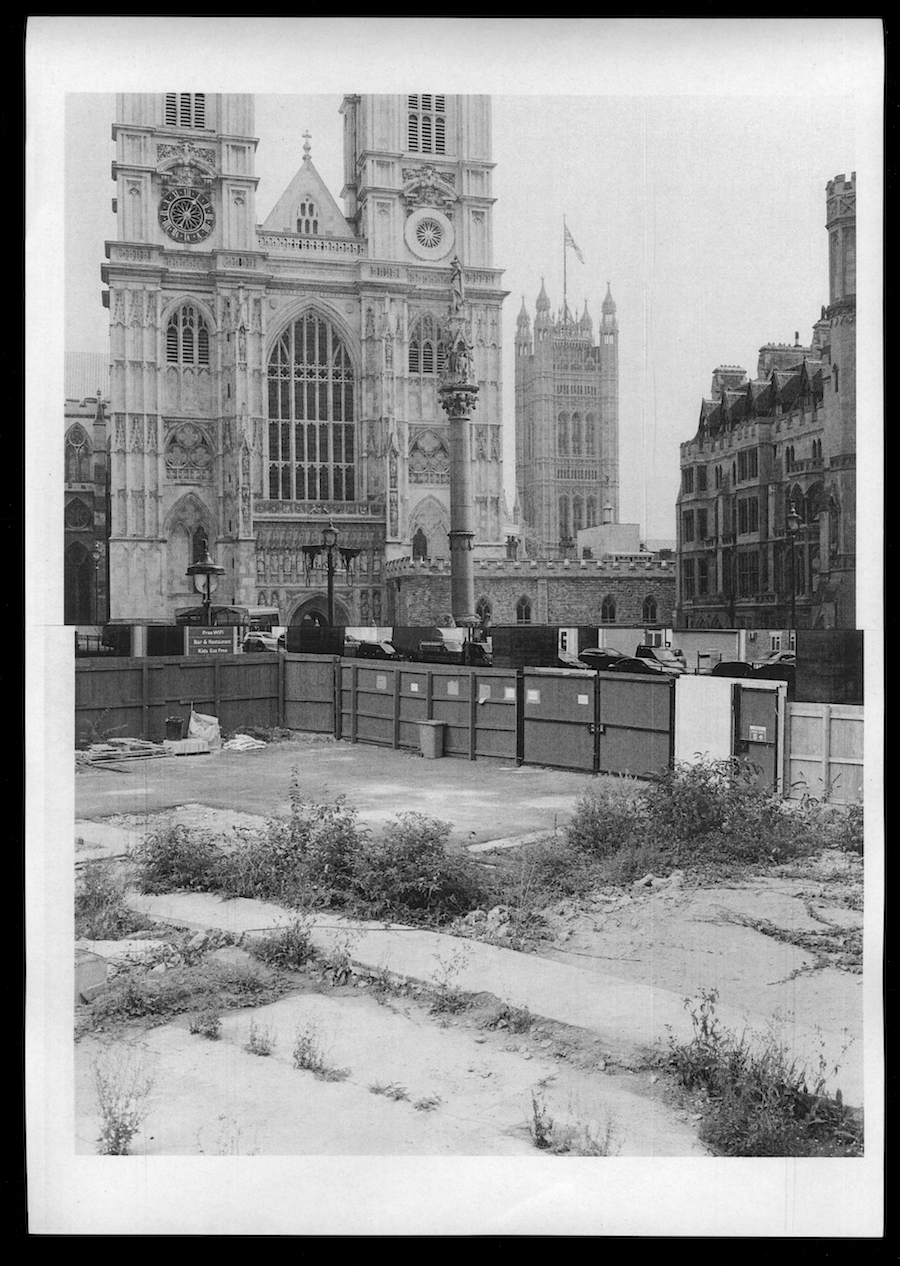 We do not know why a new building is being erected or why a former is torn down. We are simply led to believe “new” is progress. These new structures are made from pre-fabricated elements culled from the contemporary materials available to our global society. Instead of the many months and years that it takes to work with stone, we are asked to see glass and steel as emblematic of the “new”. These materials are available the world over and their use begins to suggest a homogenous transformation of the cogs into something we have seen in most other capital centers. This very effect breeds a homogenous city devoid of traditional character that exists in former traditional environments. Their usage scrubs the city center of anything bearing unique-ness. Instead, it suggests a global culture evinced through rampant consumerism and chain store logic. It, therefore, allows those corporations able to implant their brand across many nations a chance to gain access to a public “familiarity economy”. Think of McDonald’s, Subway, H&M, Gap, and Starbucks. These are identikit corporations linked to the homogenization of urban environments. 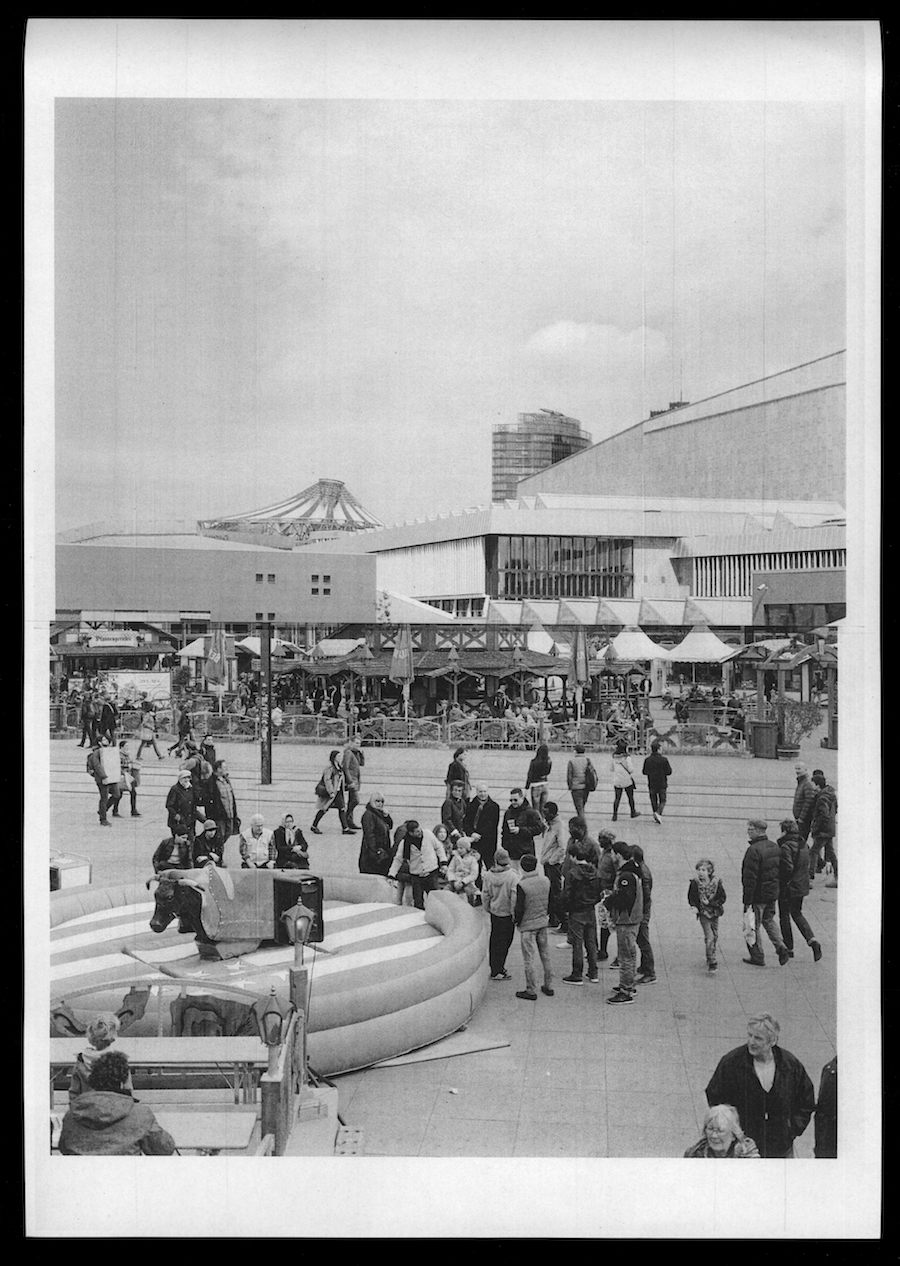 In the center of Vilnius, Lithuania, the capital is divided by the Neris River and is strikingly an example where the cogs do not work. The old town, the very heart of the Lithuanian nation is historic, old, and identifiably European in scope. The stone buildings and cobbled streets remind one of the quaint charms of the intellectualism found in European cafe societies of yore. The old town speaks of tradition and it feels monolithic and unchanging. Directly across from the old town of Vilnius, the country’s financial center finds its home. On that bank of the river, steel and glass pervade, a mini-skyline of the “new” stands in stark contrast to the former glory of the old town, and thus separates the magnets of old (authentic and defined) and new (homogenous and undefined) illustrating the very parasitic dimension of the new glass and steel structures of 20th and 21st-century capitalism. Most capitals have adapted to disregard the old in pursuit of the cogs of the new and in doing so present the death of tradition, intellectualism, challenge, and national character in pursuit of corporate homogeneity played out through the urban environment. Vilnius as an example by comparison feels like a hold out against the symbiotic relationship between parasite (new) and host (old). 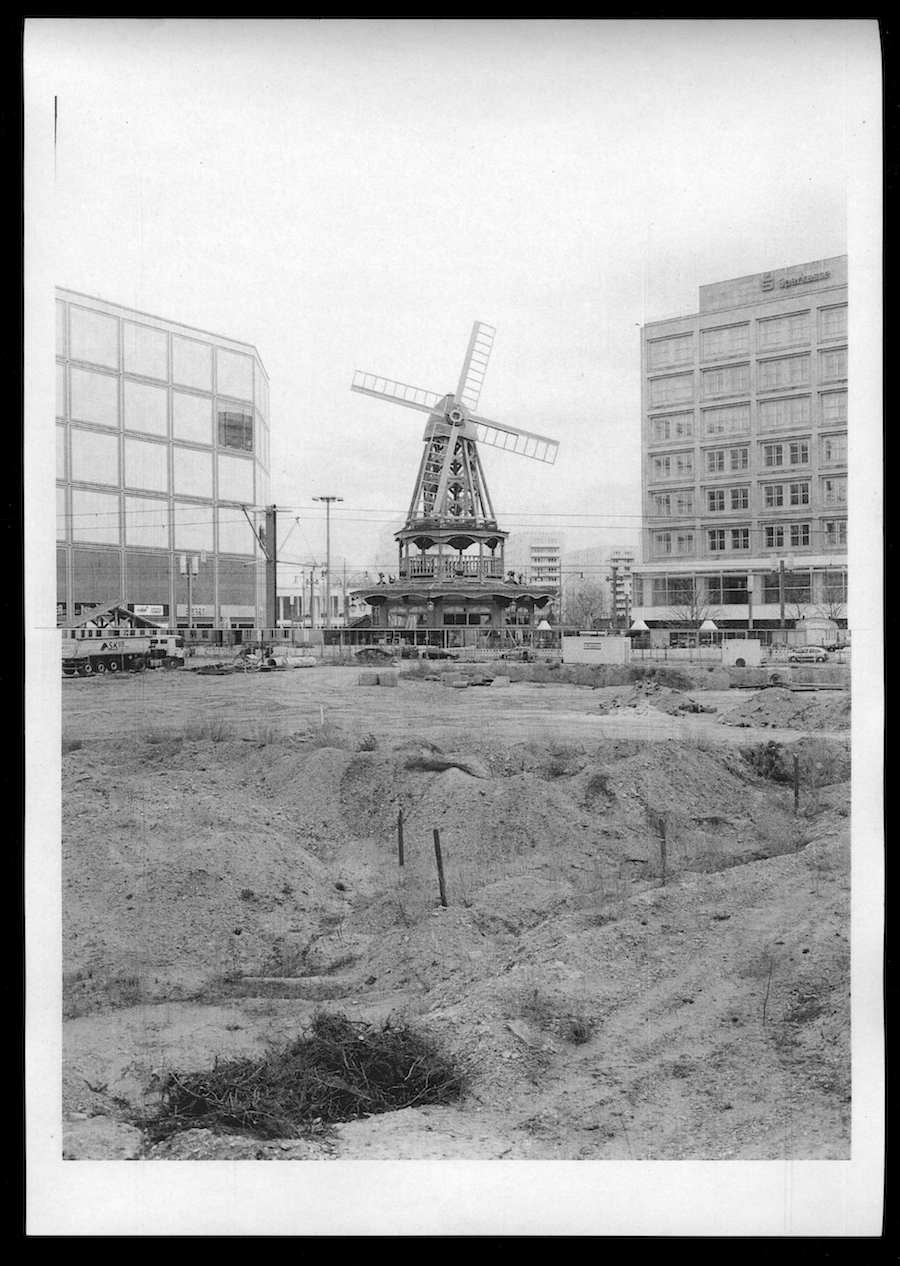 Alexander Rosenkranz’s CITY CUT OFF (Park Books, 2021) looks at the phenomenon of the urban environment in cities as wide-ranging as Berlin, Dakar, Detroit, Dubai, London, Moskau, Neu-Delhi, New York, Oslo, Paris, and Zürich. He places emphasis on the homogenization of our cities through the montage process that he uses in making the book. Aligning two separate images from a city center, Rosenkranz’s shows us that their cut image is able to be easily re-aligned due to their constant construction and consumer-friendly optics. He recognizes that in each half of the image he uses that there is a thin line that joins the images together into a new xeroxed (copy machine) version of something familiar. The process speaks highly about the modernist tendency to see cities as interchangeable blocky urban cathedrals (Lang’s Metropolis) devoid of singular characteristics. Instead these cathedrals place emphasis on the worship of homogenous form. Everything is work. Everything sold. Praise be. 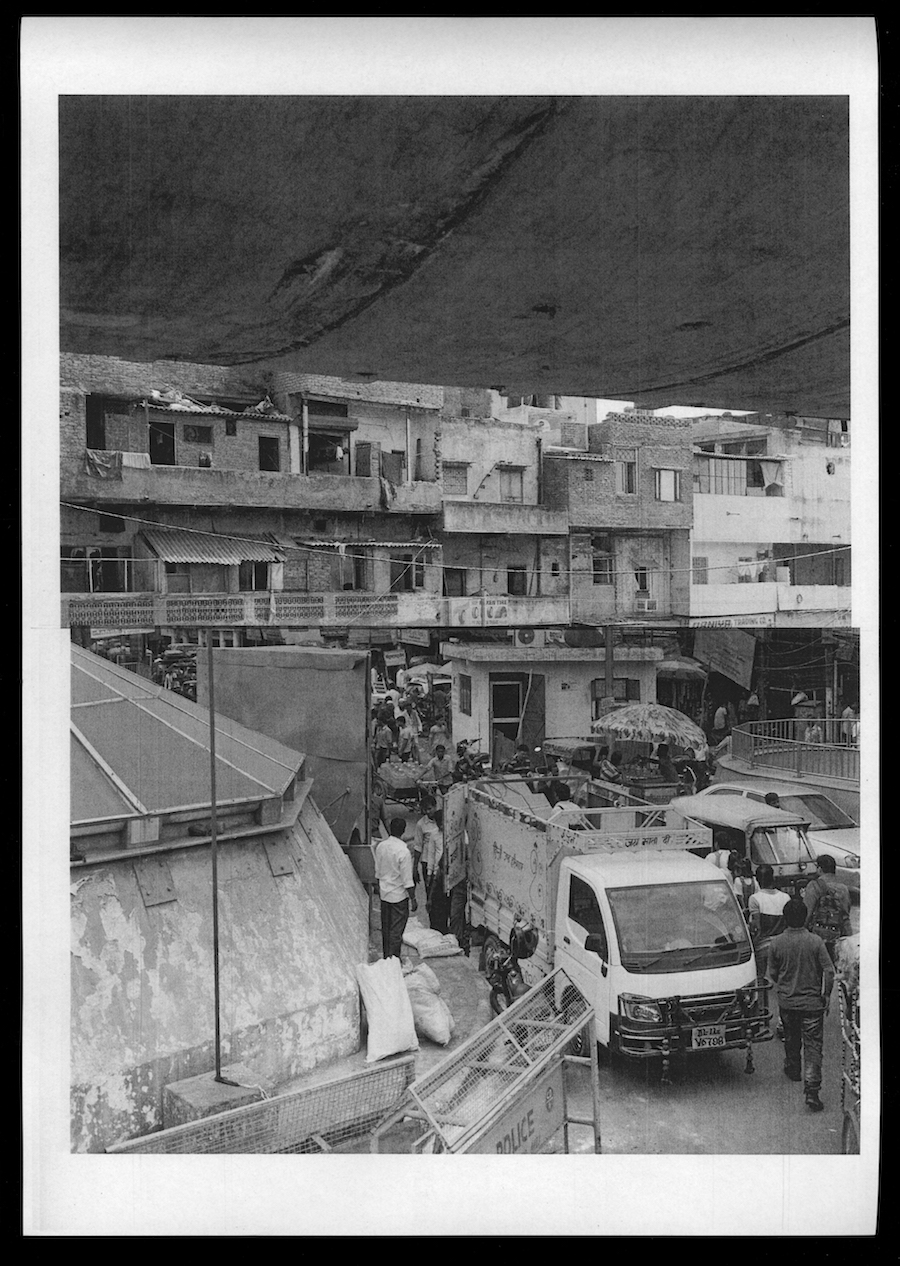 The use of the copy machine in particular is an interesting device in the work. Not only does it insist on using a machine built for replication and copy at its heart, playing ironically on the theme of production and tool, the device emphatically points out this process and the image of our urban centers becoming sterile and same. In the eradication of the elements that define tradition or nationhood in our city centers, we are asked to forgo difference for the sake of capitalist urges of progress and familiarity. The seam of the two images in Rosenkranz’s work distinguishes that in fact, our environments are being produced not to serve people, but to serve the machinery of global capitalism. In the suture between the images lies the truth of the matter-the glitch in the matrix of capitalism architecture. 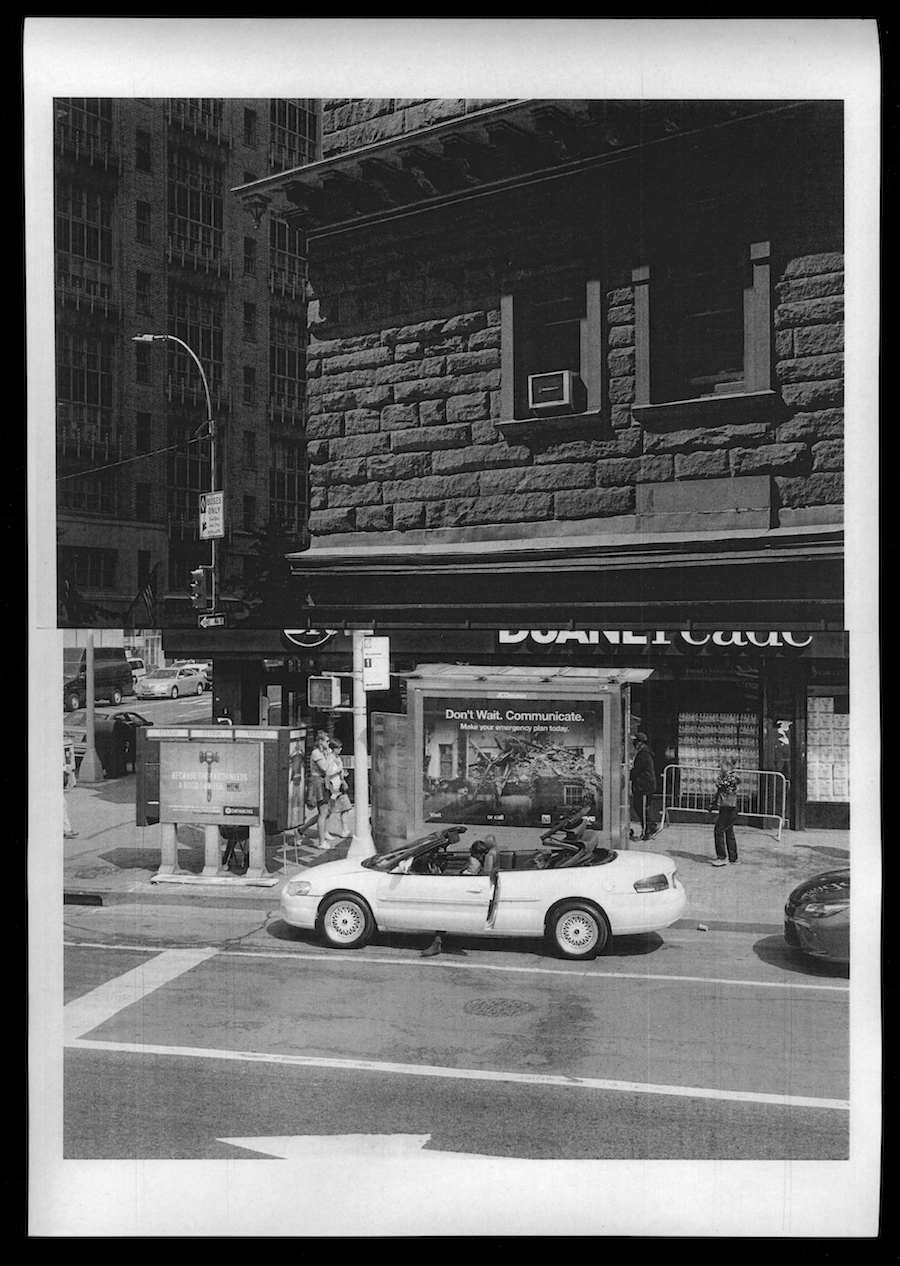 The book is oversized and brilliantly produced. It is an artist book in a small edition of 100 and though its price-point might bother some people, I would suggest that the order of an artist book, in this case, is not elitism, but is rather a statement about consumption and hand-made craft. In creating something limited, Rosenkranz is asking us to think about the idea of mass-production and what that mentality means on economic terms and in terms of individual paid-for labor. There are lots of questions that arise from the work. I would say it is as effective as art as a social criticism of the urban environment. It has my highest recommendation.