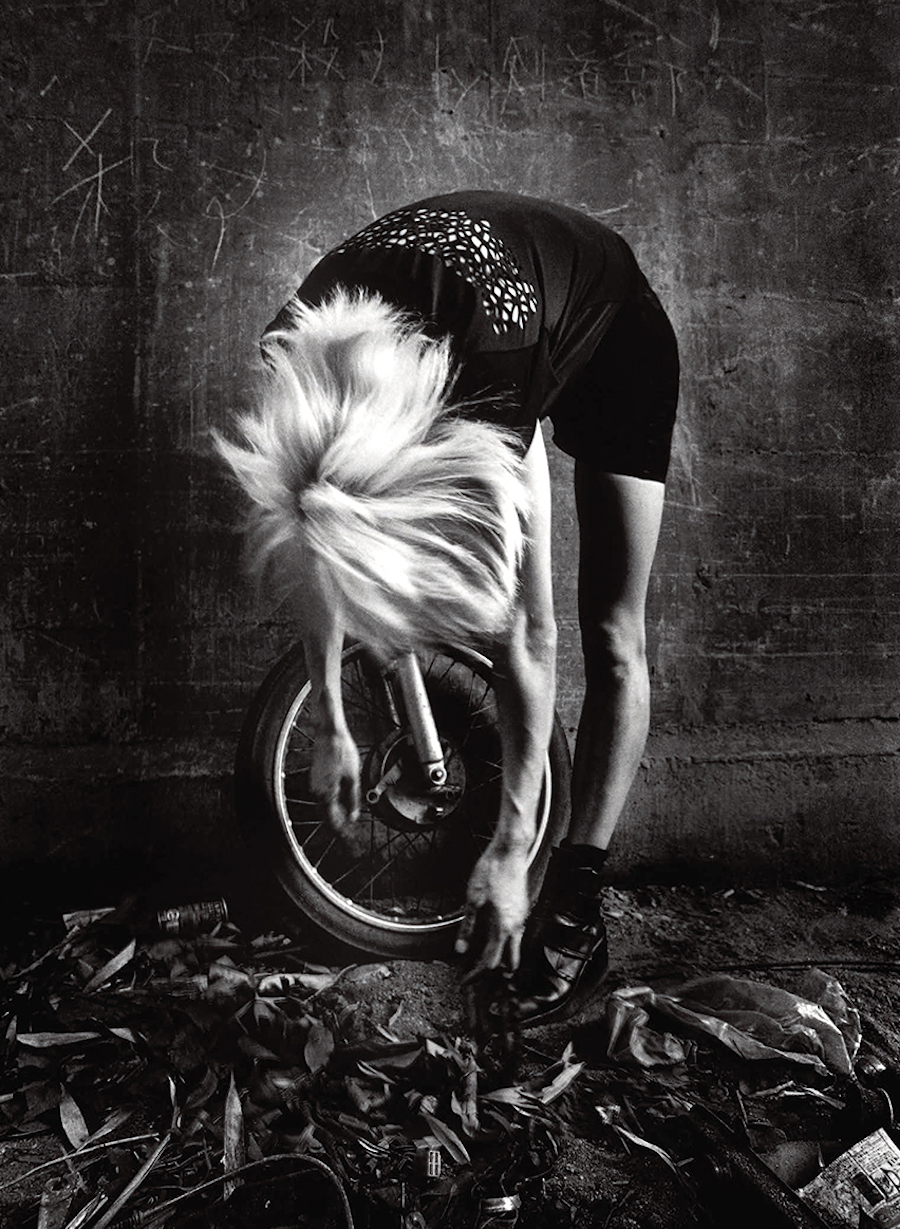 The emphasis on performance or performing photography seems like a never-ending discussion. I have been looking backwards through the history of photography and can see without much difficulty that its Western beginnings are full of images that exemplify the tradition such as Hippolyte Bayard’s Self-Portrait as a Drowned Man from 1840 forward through the work of Oscar Gustave Reijlander’s composites, Julia Margaret Cameron’s Pre-Raphaelite lens, Willem von Gloeden’s homo-erotic studies of Sicilian youth, Alfred Stieglitz’s focus on gesture and  hands (Portraits of Georgia), Steichen’s studies of Isadora Duncan at the Acropolis, Barbara Morgan’s studies of Martha Graham’s Letter to the World, through to the political abjection of the Vienna Aktionists to the present moment with works by Cindy Sherman, Zanele Muholi, and Collier Schorr questioning gender through performance. There have been and continue to be pivotal discussions surrounding the representations of the body as exemplified by a number of key works and books by artists as diverse as Pixy Liao, D’Angelo Lovell Williams and Ming Smith who are encouraging a much wider read of the terrain between body, lens and representations of performance and photography. 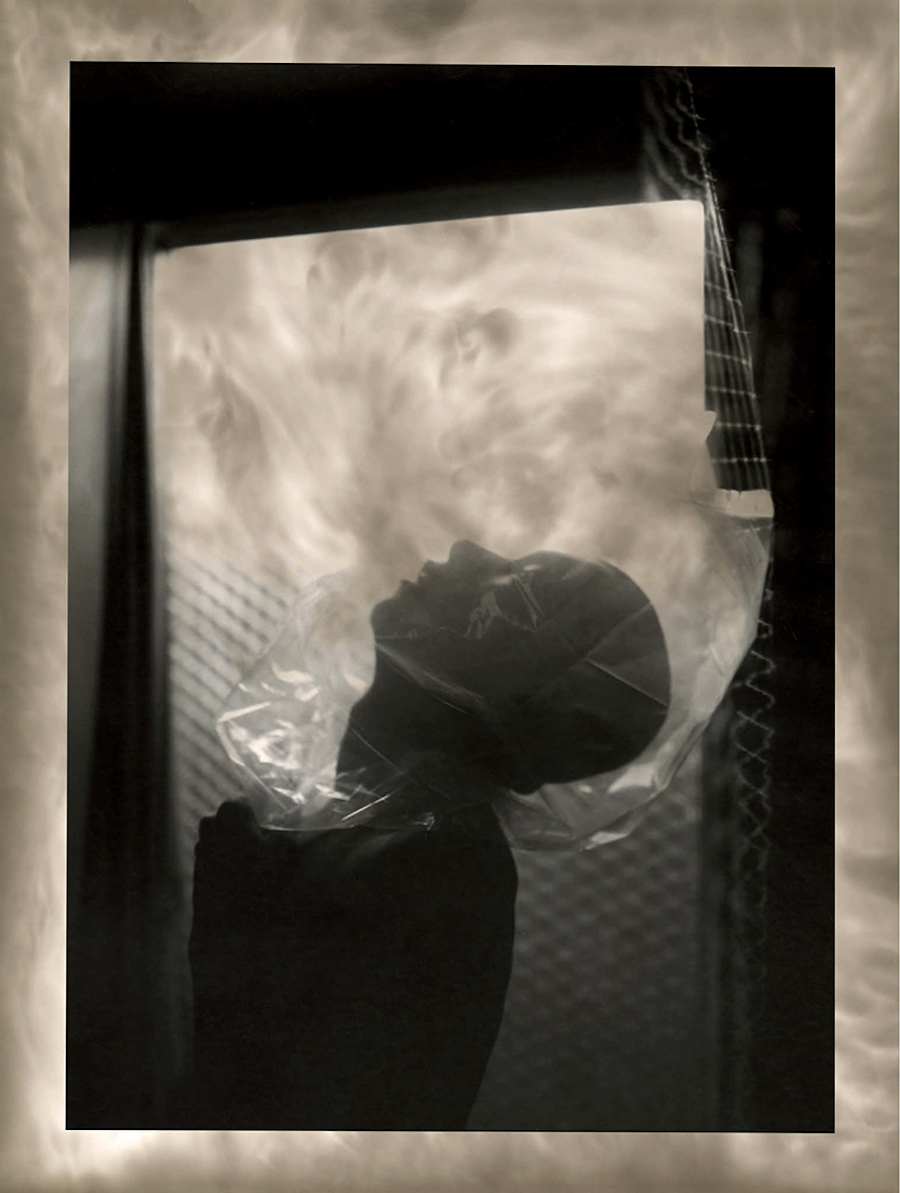 There is currently a call to use the body to think about how representations that occur outside of the historical majority of white heteronormative bodies can be implemented to attain parity of other bodies within the medium. There is an emphasis on how representations of black and latino individuals are represented. Performing gender and and non-cis sexuality through the photographic lens has been a top priority since the 1970s with the rise of feminism and gay rights and has been explored by many artists. There is a contemporary emphasis to address the many issues surrounding inclusion and the oppression sponsored by the previous dominant narrative. In examining the Western canon and parts of the Eastern canon of photography (Is it one canon or…?) there is a problem in historical representation (not contemporary only) that I believe also needs a severe re-addressing. Photographic artists of color, or non-cis status, of non-male status etc. did not fall to the earth in the 1960’s. They have been limited in reach due to the handlers of the medium’s history. This needs correction along with the re-examination of the contemporary moment. 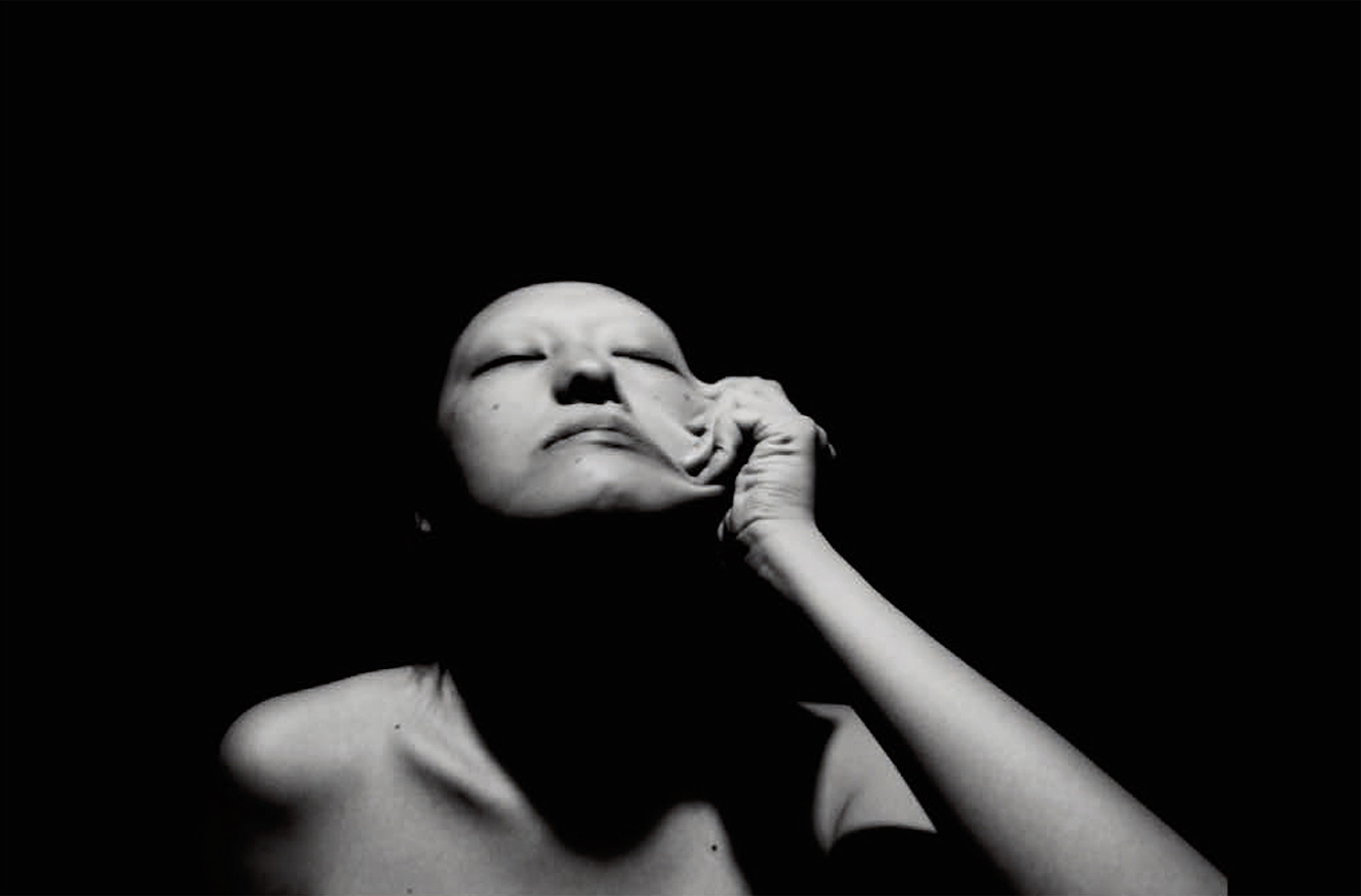 Though I am interested in the many topics surrounding the contemporary moment and the moment of re-addressing balance, one somewhat dispiriting or disappointing lack of re-assessment has been on projects by historical artists whose work will likely continue to be suppressed in favor of the contemporary moment as well as its dismissal previously in the historiography. We seem happy to address contemporary inequality of representation though the contemporary production of new work. This is fine, but it ignores a number of historical works that should be re-examined as well. We should also seize the moment to challenge the historiography of the medium. These works that I speak about are not necessarily incredibly old either. There are works from the last 70-100 years that never qualified for a market impression and in this, I would suggest one of the major problems of re-addressing the current contemporary moment is that it is put through the lens of the market and not the history of the medium. If we do not address the history, we do not address the problems of historic representations and their repression.

I am suggesting that if we really wish to address the indecent coverage of artists of color, of non-binary status, of non-cis standard, then we need to begin the great archaeology of photography. We need to de-couple the constant economy of the market (galleries, auction houses etc.) and  re-emphasize a commitment simultaneously to unseen historic works while continuing to champion contemporary diversity. There are more than enough artists to examine. The contemporary appraisal of artists should continue, but we should be wary of how the market’s machinations inform the sculpting of diversity calls. If we do not acknowledge the market within the current moment, we are simply plastering broken bones with toothpaste. I would suggest an immediate and deep historical digging. I would also suggest what exists should remain. Instead of removal of historical known artists such as Edward Weston, Stieglitz, Eggleston etc., they should remain and instead we should dig deeper into Margarethe Mather, Dorothy Norman, Maude Schuyler-Clay and many many more to bring into highlight. All can and should have a rightful place int eh medium, but we need to encourage that the history not look one-sided. 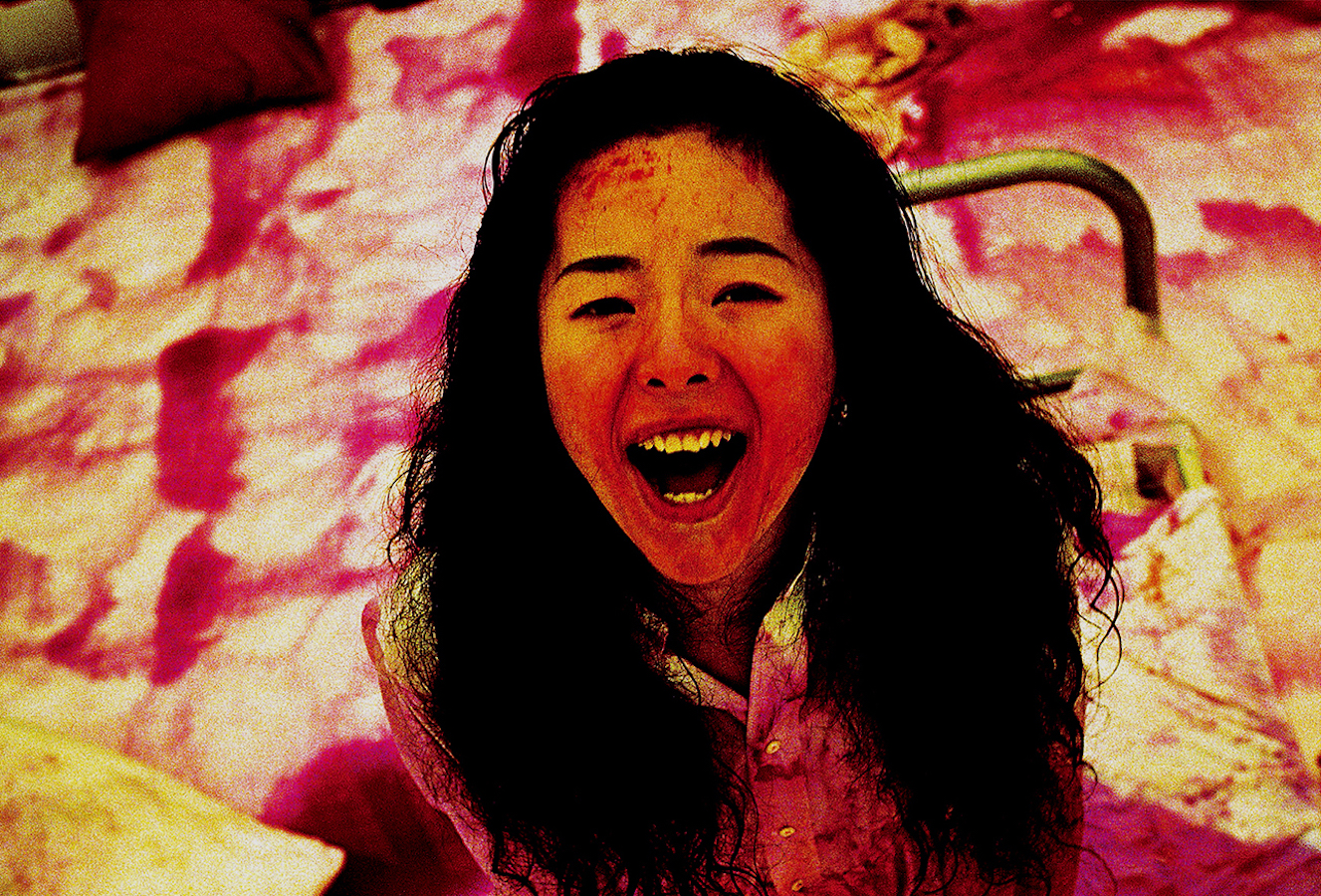 A recently published book entitled Symposion About Love 1996-200o by the China-based Japanese artist inri published by AKAAKA and Three Shadows Photography Art Center is a perfect example of how to excavate a story within the near-archaeology of photography. Though the work itself is only a few decades old, it precedes inri’s collaborative work with her partner RongRong whom she has also built the Three Shadows Photography Art Center with in China and who she collaborates with creatively as well. Their collaborative work together is much heralded and considered incredibly important to successive generations of both Japanese and Chinese artists alike. This work predates their meeting and collaboration and features the dark and brooding work of inri. It is an incredible book which has been beautifully produced. 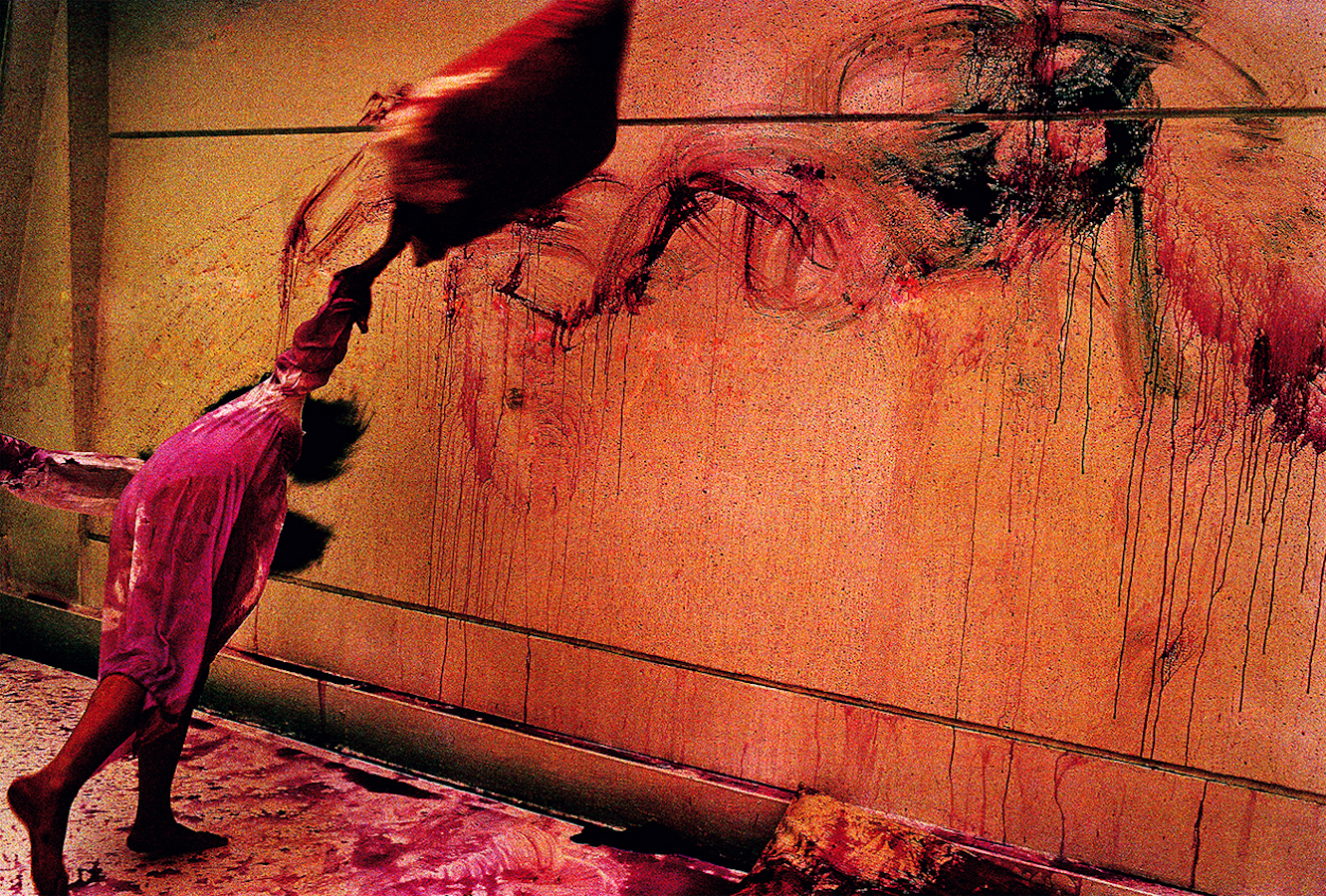 Within the book, inri’s work ha been culled from four different bodies made during the 1996-2000 timeframe when she was in her early twenties. The work inside is brooding, colorful and full of viscera both intimated and actual. From her stark and grainy black and white images of faces drifting in and out of single light source to her colorful underexposed images of a organic plant-life (cactus) and self-portraiture, the work reminds one in places of Leiko Shiga and represents a world in which even natural elements present a tale of the grotesque in their dimly-lit reticence to be seen in full light. This creates an alternate universe in which subjects drift in and amongst strange alien forms. I am strangely reminded in of art nouveau imagery in which mythical worlds are illustrated as classical if never existing environments for the subjects within to play out fantasies of the real. Pre-Raphaelite works slightly preceding art nouveau also cater to this. But here in inri’s world, the classical beauty, the flowers and the long flowing robes and harps have been turned in for a strange corner with a cactus that reminds one of a mugwump on a barstool from Burrough’s Naked Lunch. 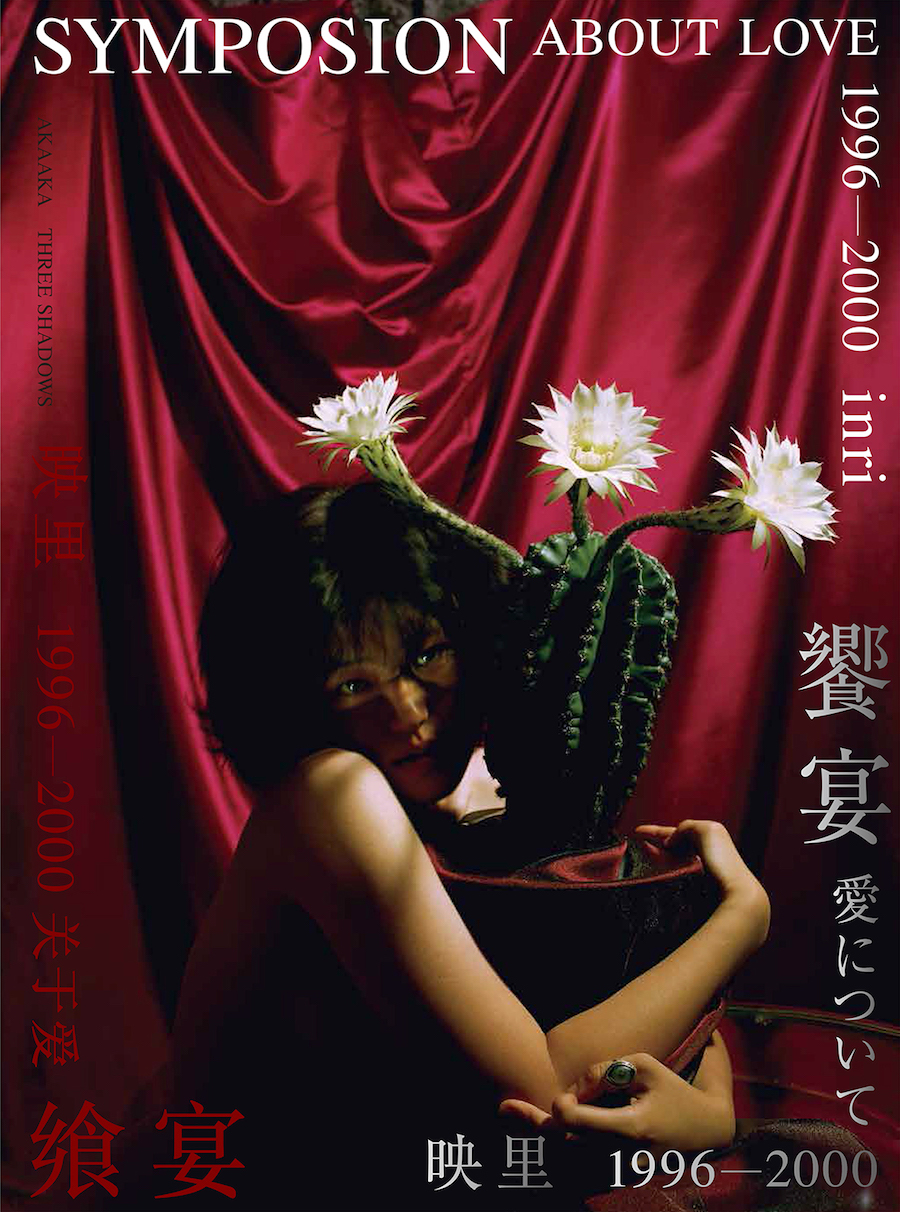 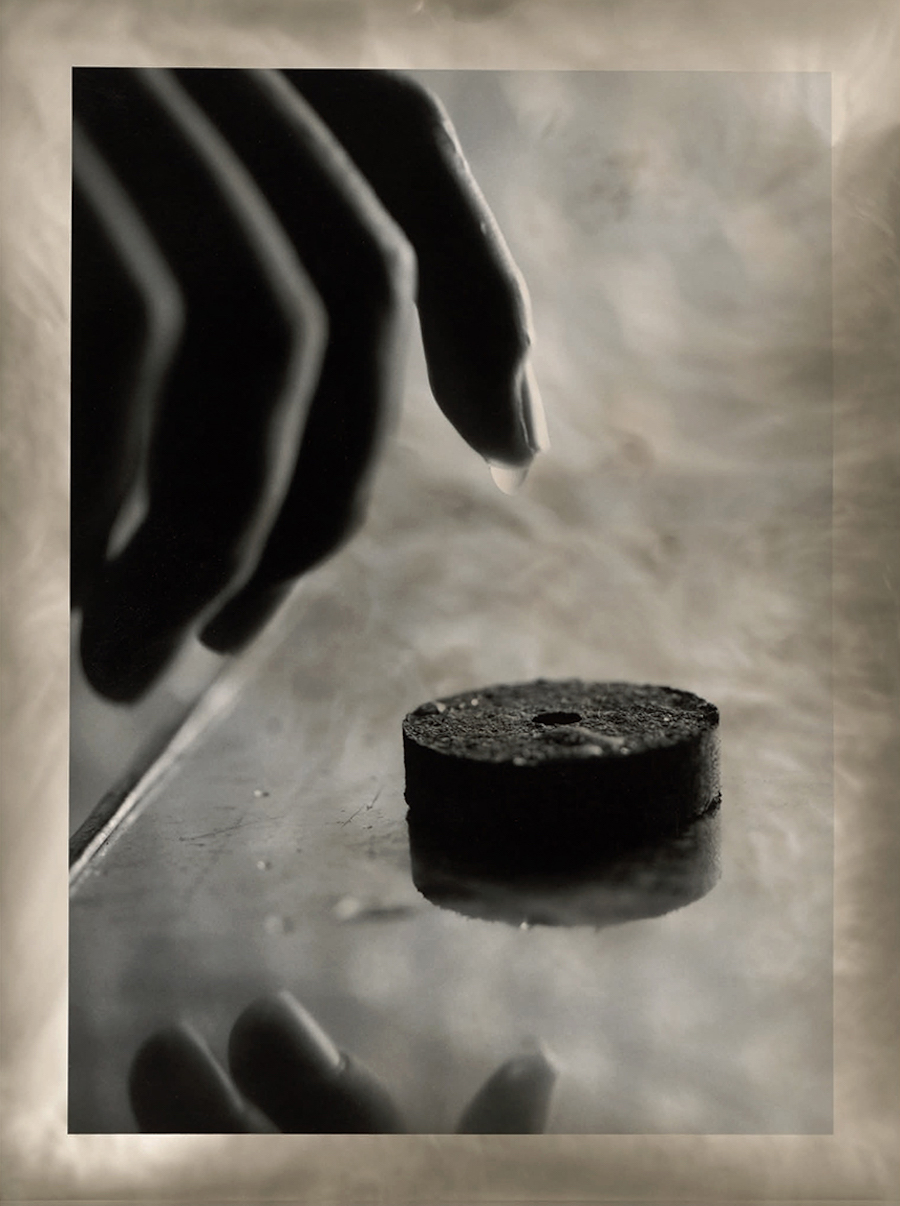 Further along, inri presents a series of experimental Sabbatier  processed darkroom prints in which subjects exhibit more interest in performance. The process also reminds one of the attempts of Modernist and Surrealist photographers of the 1920s and 30s such as Man Ray, Erwin Blumenfeld and Baron Adolph De Meyer (one masked image really), Eli Lotar etc. They are cryptic, brazen and feel somewhat nightmarish though I suspect inri’s drive is more about modern bodies than their psychoanalytical possibilities. They are expertly crafted and add further chaos to the book. 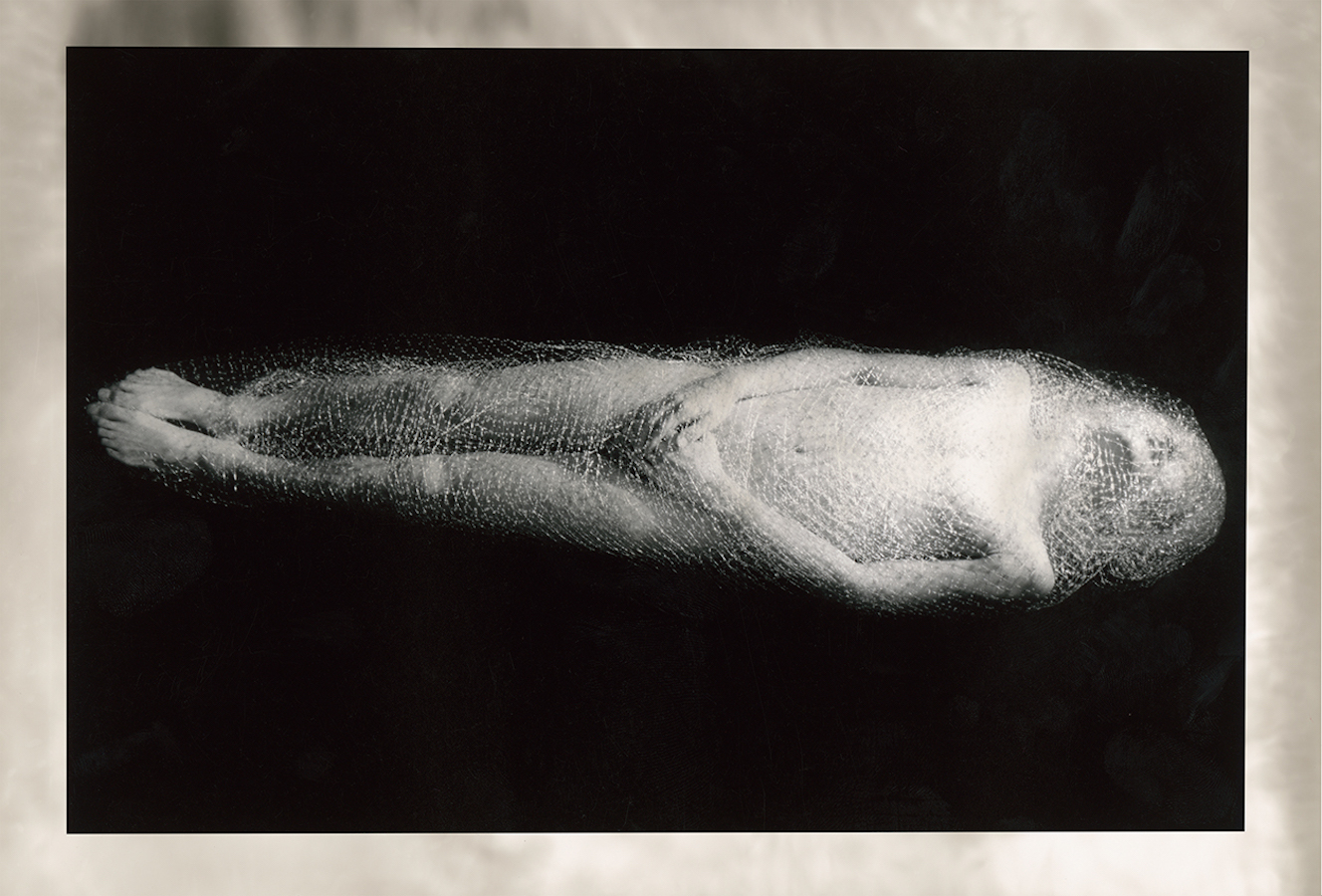 The book is gorgeous and gives insight into inri’s career before her meeting with RongRong thus defining a more rounded examination of her place within the medium and her focus on collaborative and performative bodies. I highly recommend this beautiful book if you have, like myself been unaware of inri’s formative works. Highly Recommended.