Manifest destiny is an American concept that has been used to propel the country forward to this day. In the Nineteenth Century, the term was used as a way to justify westward expansion and the legitimacy of both slavery and genocide. If God willed that man travel West spreading word, religion and culture, then how could anything so commonplace as enforced labor, rape and the removal of First Nations people be encouraged as anything but sacrament? 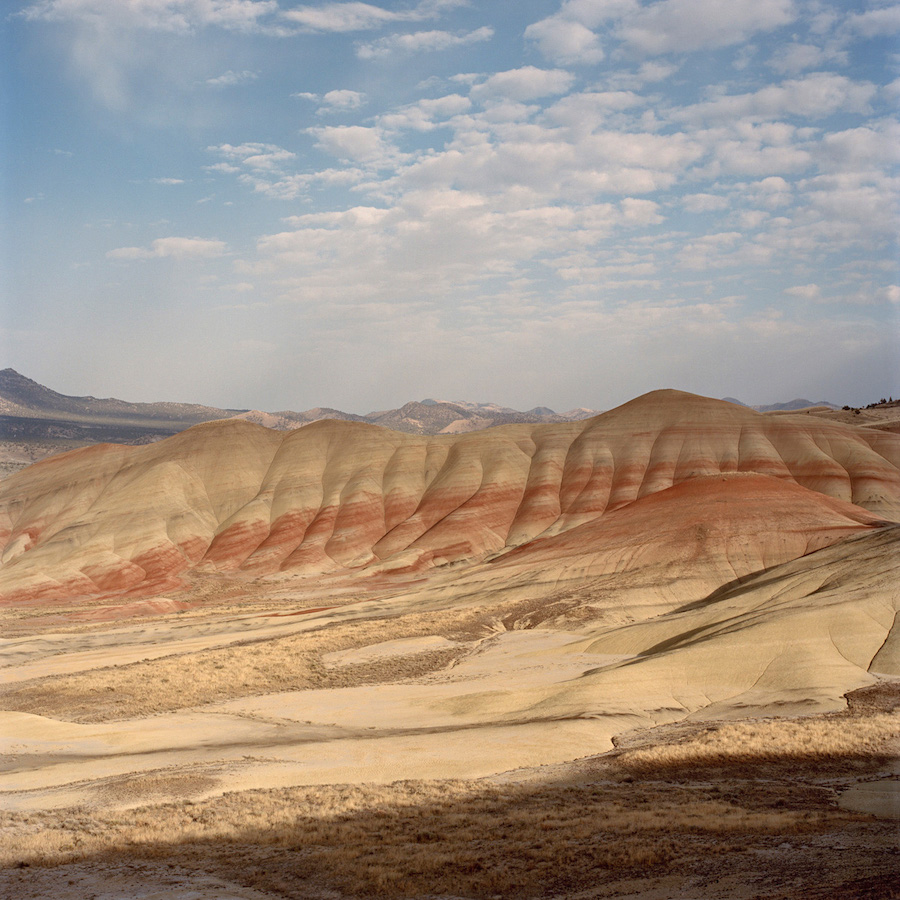 In the sweeping push towards the Pacific Ocean in search of homestead, gold and the inevitable pull to warmer climes, the American frontier became a pivotal battleground against the arcane and ancient customs of its original people who nestled in an unspoilt land that read as impermeable, thick, hellish and worrisome to the pioneering male occupancy of Westward expansion. The dense forests, dry deserts and steep climbs of mountainous terrain combined with the persistent refutations of and battles with the original land owners suggested a probable and impending suffering coupled with at the very least a hardening of will against all. 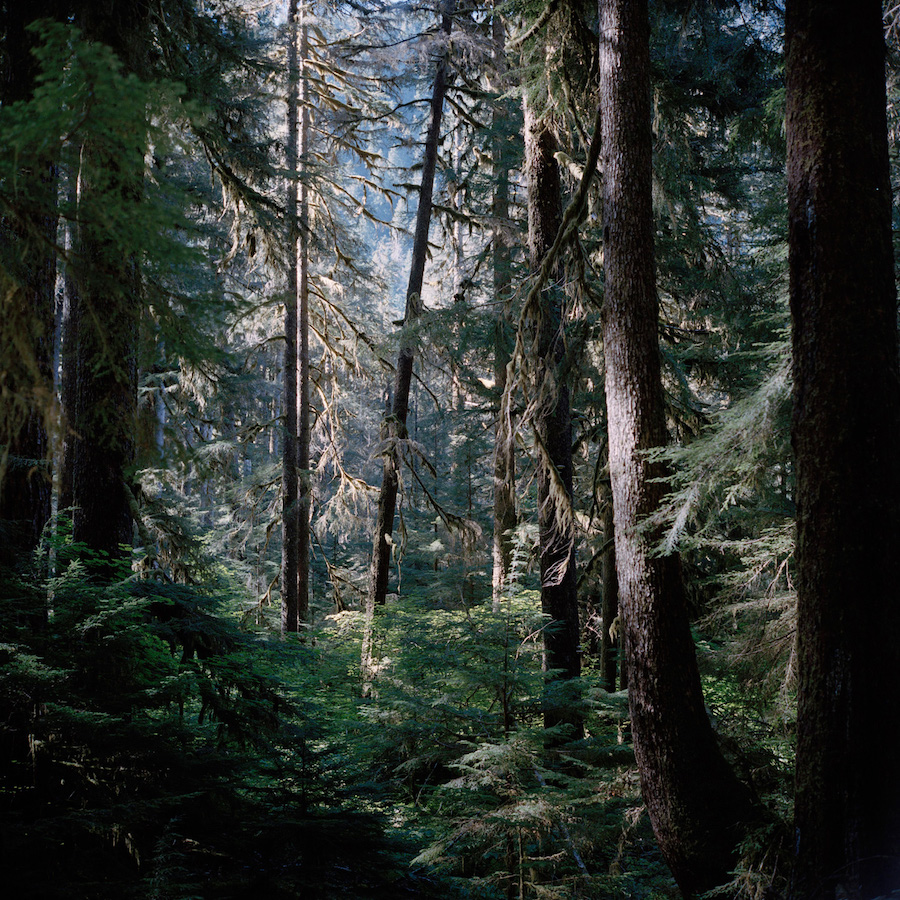 Given the difficult new terrain and the displacement of the original pioneers from their homes in the land East of the Mississippi, it is easy to see how myth and provocation would eventually lead to the questioning of what destiny meant to these travellers. In a land born of genocide, pillage and plunder, one needed only genuflect and opine before God a contrarian position in which endeavour, bloodshed and success were to be considered as equal opportunity. America was born of fear, murder and a continuous call to emit a metaphorical anti-spiritual blood that refused to coagulate atop its soil. Instead, this viscous blood born of violence ran in rivulets down wormhole and fox den alike-it rooted itself in the very land on which homes are built, suburbs are zoned and mercenary-backed banks are constructed. America performs its own myth, however false, but it does so in a way that suggests its violence will never lay dormant, nor untrue. 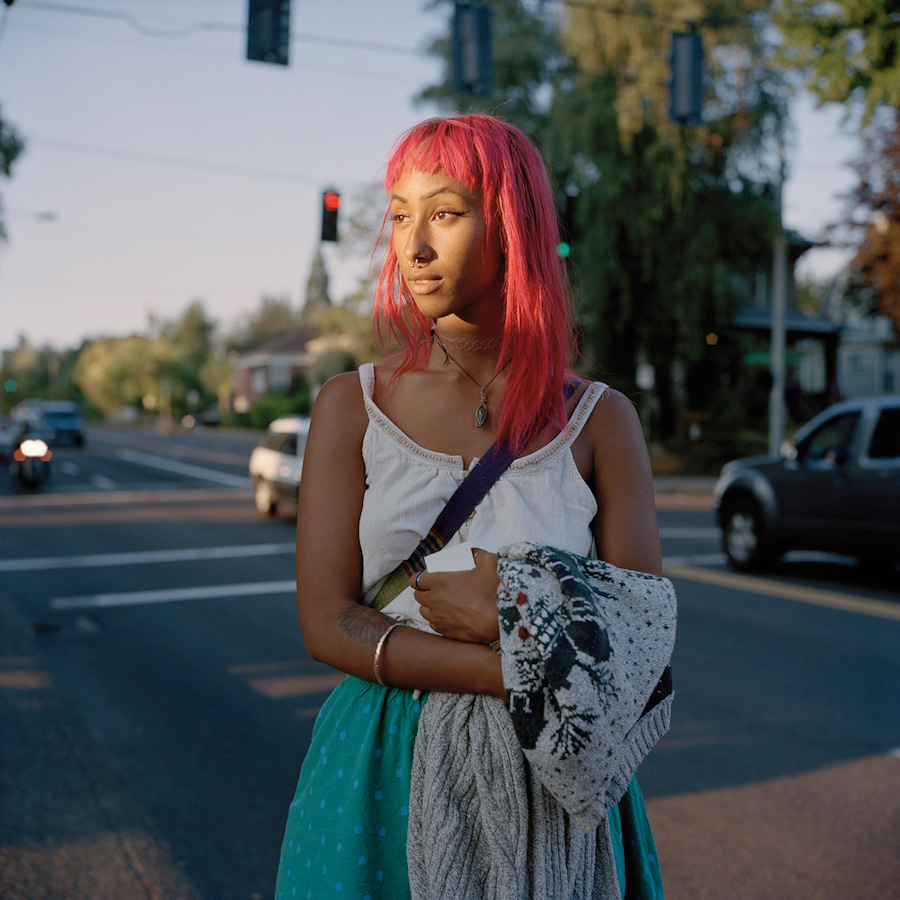 In America, the tension between its self-image and its history are stretched between the twin harbors of good and evil which creates an atmosphere of mythical and appallingly shallow self-awareness. Americans celebrate this position in strange ways. They opt for holidays which celebrate fear and death such as Martin Luther King Day, Halloween, and Thanksgiving. They maintain that their independence comes from one man riding a horse yelling at all hours combined with a lavish attempt to say no to a tax on tea as opposed to the reality of genocide, slavery, and a great revolutionary conflict followed by the greatest conflict of the Civil War which still haunts the land presently. America is a land built on and built for war and violence. 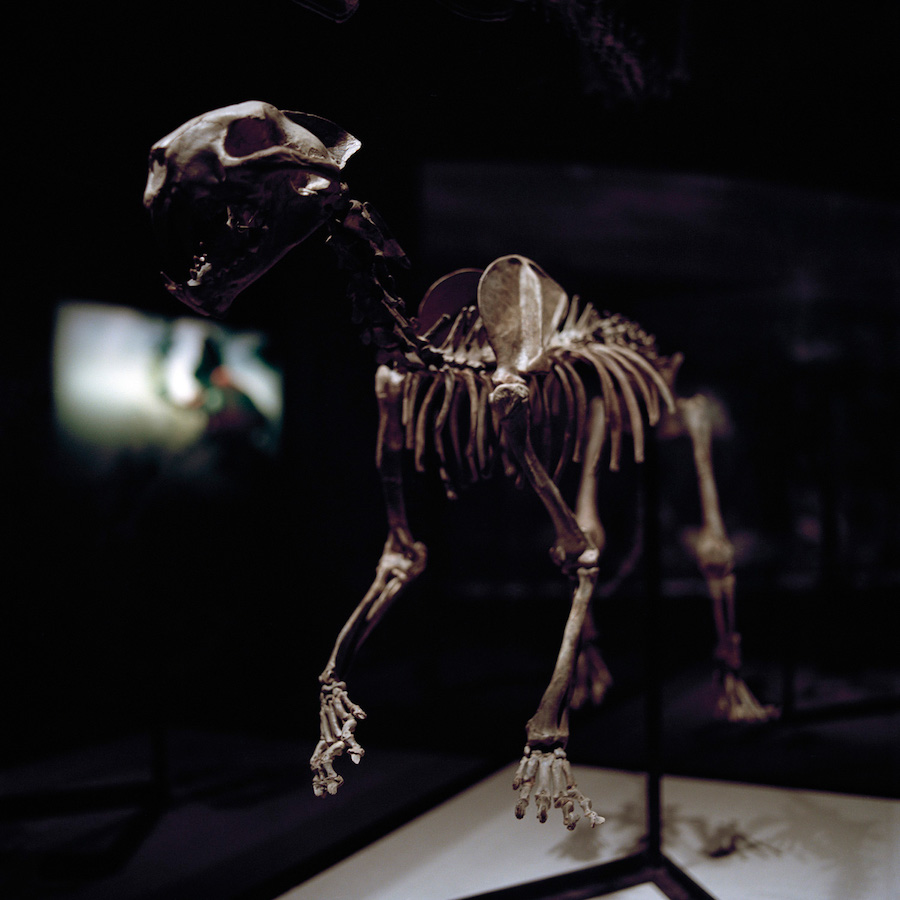 Carl Bigmore’s Between Two Mysteries (Another Place Press, 2020) is a book that thinks through the constant myth of America as defined by its greatness with the skepticism of an outsider. As a British artist, Bigmore has found a muse in Western America for its ability to be a conflated mess of image and self-promotion. That is not to suggest that Bigmore’s images seethe or despise, but rather that he injects references to cinema in the book and looks at the broader picture of the American landscape  both in physical metaphorical form. His pictures are sublime in some places and his portraits suggest something looming behind the facade of his subjects that conflate the desire of American optimism and suggest something more cautionary. He images are not cynical. They are carefully selected questions as opposed to opprobrium and they are carefully treated so as not to expose himself as an aggressor. 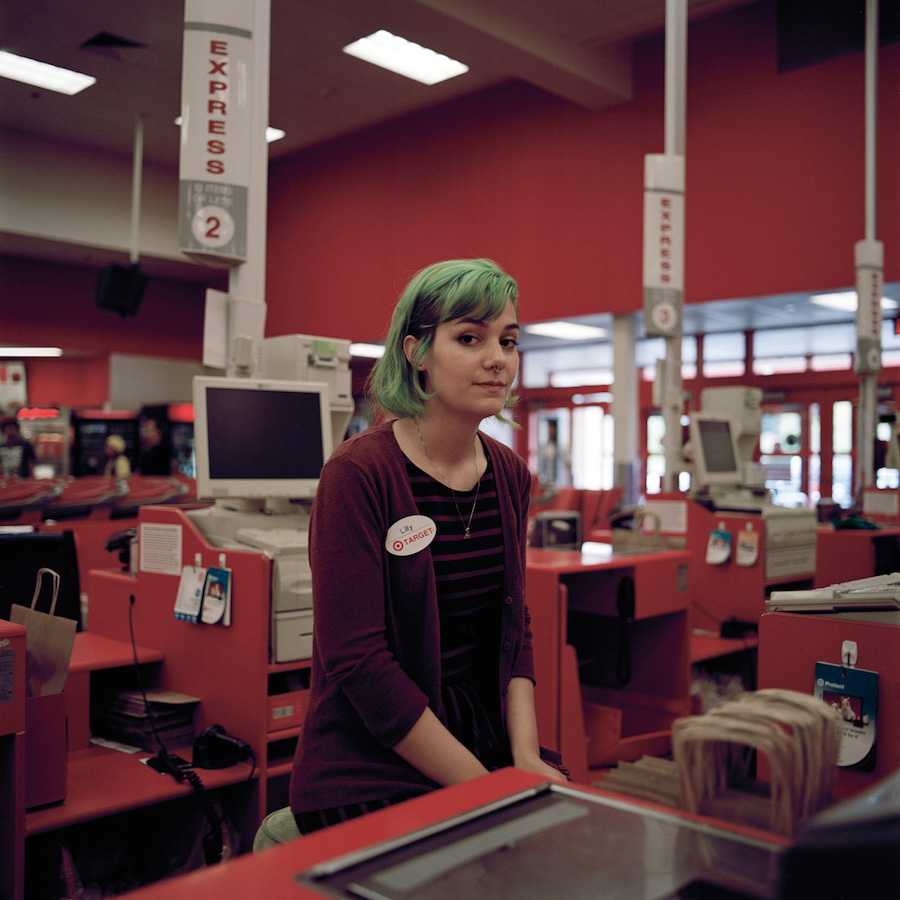 In referencing both Stanley Kubrick’s The Shining and David Lynch’s Twin Peaks, Bigmore is pointing out a dark psychological fabric of the country as evinced through cinema’s more transgressive classics which refer to a weird spiritual America. It suggests an America that contains a secret amount of acknowledgement for its condition and its history of tragedy. In the case of Kubrick and The Shining, Bigmore’s references the film in both text and architecture which suggest geo-specific pinpoint of calamity whether imagined or real as haunted or in which something queer lies beneath the surface waiting to emerge at any given time, whether in the form of a school shooting or a serial killing epidemic. In the case of Lynch’s Twin Peaks, the fictitious place with its bizarre inhabitants and owls belies an insistence that the soil or land of America is somehow tainted and cursed. The fragrant facade of small town life is thwarted by sickly sweet smell of decay when standing too close to a roadside drainage ditch. The odors mingle and one’s senses are confused. Between Two Mysteries is also a song culled from the original OST. 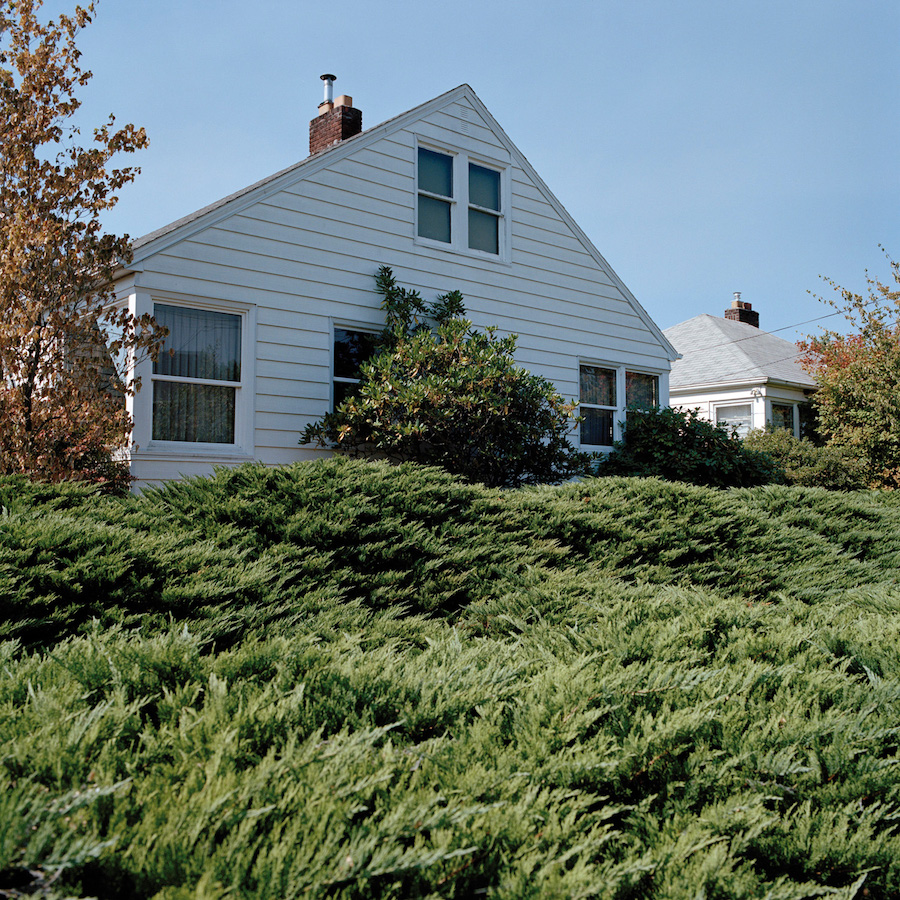 Throughout the book what is clear, apart from the observations of America and its people is a formal investigation of America as a photographic location. In Bigmore’s deftly crafted images, America is photogenic. In presenting these images in their beauty, Carl is playing along with the production of the American image. He is investigating what America is and how the camera acts as a perpetrator, along with Hollywood and the blind reliance on the spiritual side of every American tragedy. The two mysteries here are America and its image. It is a timely study and recommended.