Synaesthesia is a condition present in between 2 and 4% of the world’s population. Its literal translation is “joining of the senses” and this is exactly what it means – the combination of visual cues with, for instance, auditory or olfactory sensation. Some people would see the number 4 as always green, no matter the context, whether it’s viewed as a written digit, or heard as the word “four”. There are various types of the condition, but it’s mostly consistent – digits do not change colours and words do not change smells. 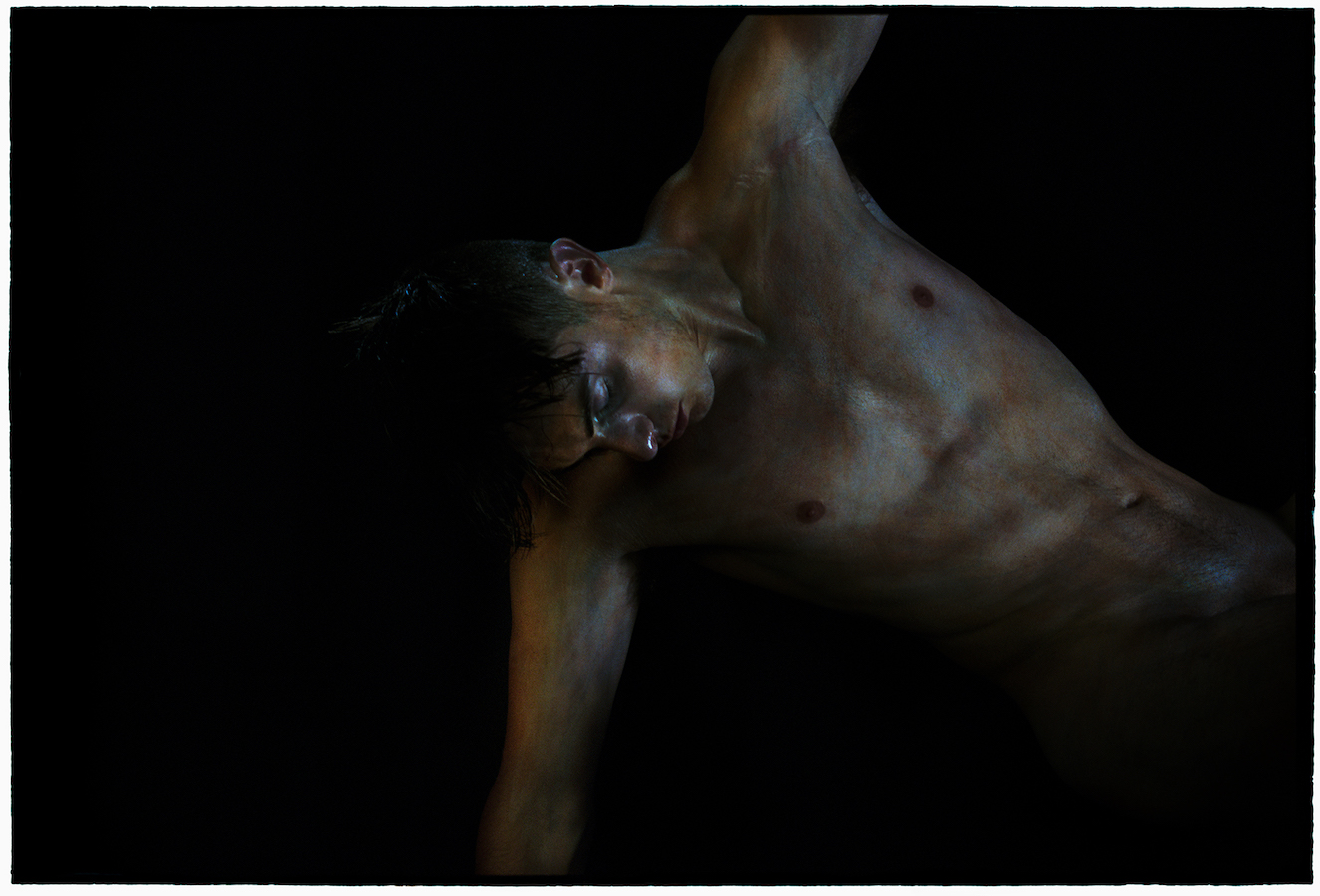 It’s a fascinating perceptual phenomenon because it connects our various senses in peculiar and uncommon ways. Moreover, it’s involuntary; in other words, you cannot teach or deliberately make yourself be synaesthetic, it’s either there or it’s not. What its function is is hard to tell and maybe there isn’t one but more often than not when the mind and body do something together programmed by biology and neuro-physics, there is a purpose, but that’s not the point here. Throughout the ages, art has been perceived as split into different branches and categories, rarely to be mixed together – poetry (words, language, rhythm), painting and photography (mainly concerned with vision), music (auditory), etc. The old perception that for the sake of purity art has to stick to its main category is extremely outdated, to say the least, and a few artists come to mind who prove this in a marvellous fashion – Jim Goldberg, Sophie Calle and Duane Michals reveal what happens when photographs meet language. Bill Henson does something similar with photography and music albeit in a rather subtler way. His last three books – Sic Transit, Particle Mist and Kindertotenlieder (all Stanley/Barker) – are a case in point when it comes to his interest in the intersection of the two art forms. The book is undoubtedly, unquestionably musical – there’s a certain rhythm to the images and the way they are sequenced. In the words of Walter Pater, “all art constantly aspires towards the condition of music”. 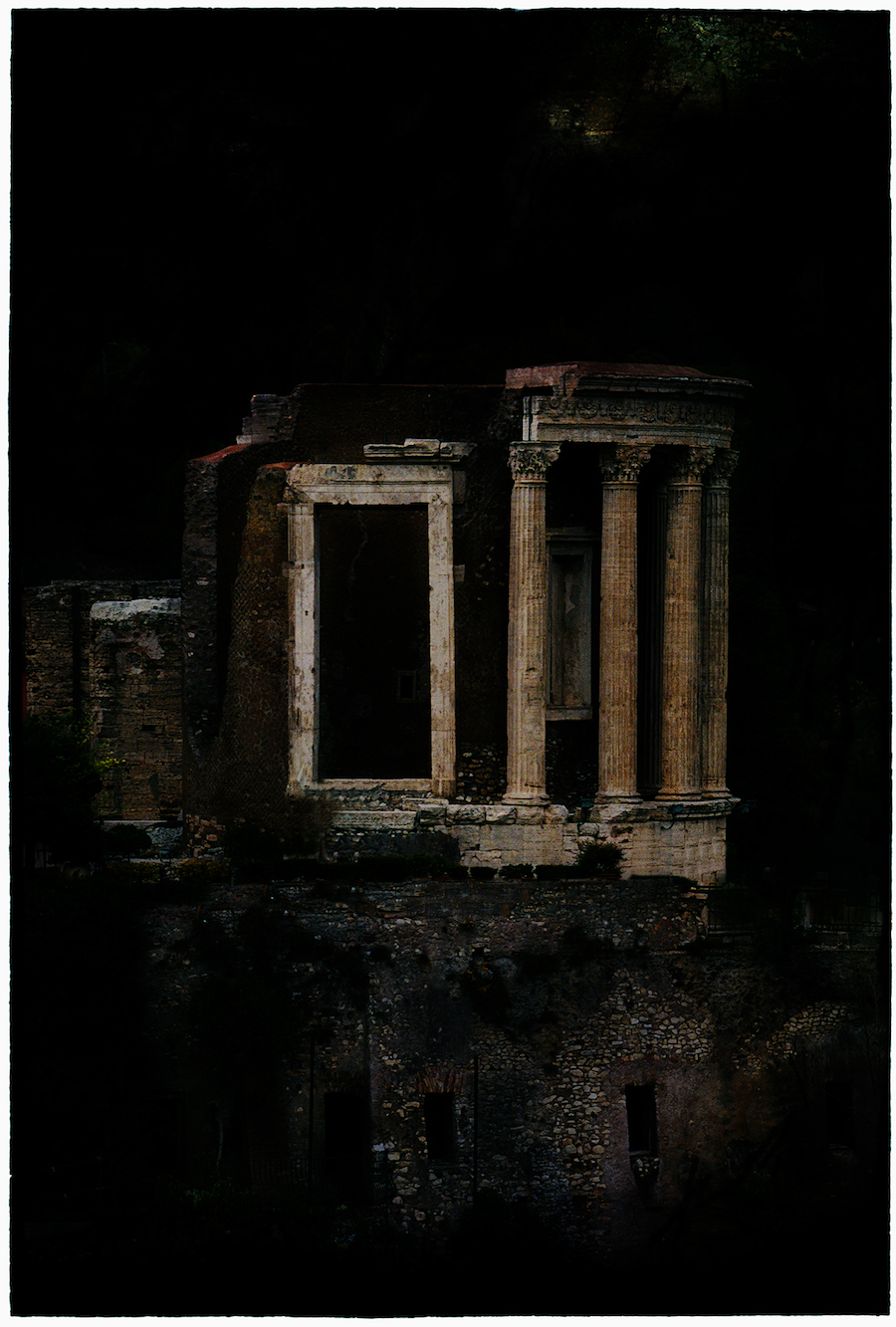 A hefty hard-back book measuring 31x30cm and housed in a sumptuous uncoated slipcase, which is part of the regular edition as well as the artist one, it’s substantially thick and weighs what feels like at least a couple of kilograms (5 lbs for those of you not metrically-inclined). Between the blind-stamped slipcase and dust jacket cover there are over 150 pages of luxurious and darkly mysterious beautiful photographs. Everything about the production screams top drawer quality and there have been no expenses spared. When you first pick it up you know this isn’t a hastily-made, run-of-the-mill object. It feels like you’re holding the whole universe, or at least the artist’s creative world, carefully constructed bit by bit, from the inception of the images to their printing and right through to the full book form. Knowing Henson’s repertoire, I prepare myself as this is certainly not a book you can spend a few minutes with to craft review. Flickering candle, a glass of wine, subdued indirect light and Tchaikovsky’s Swan Lake in the background – the book well and truly requires your undivided attention. 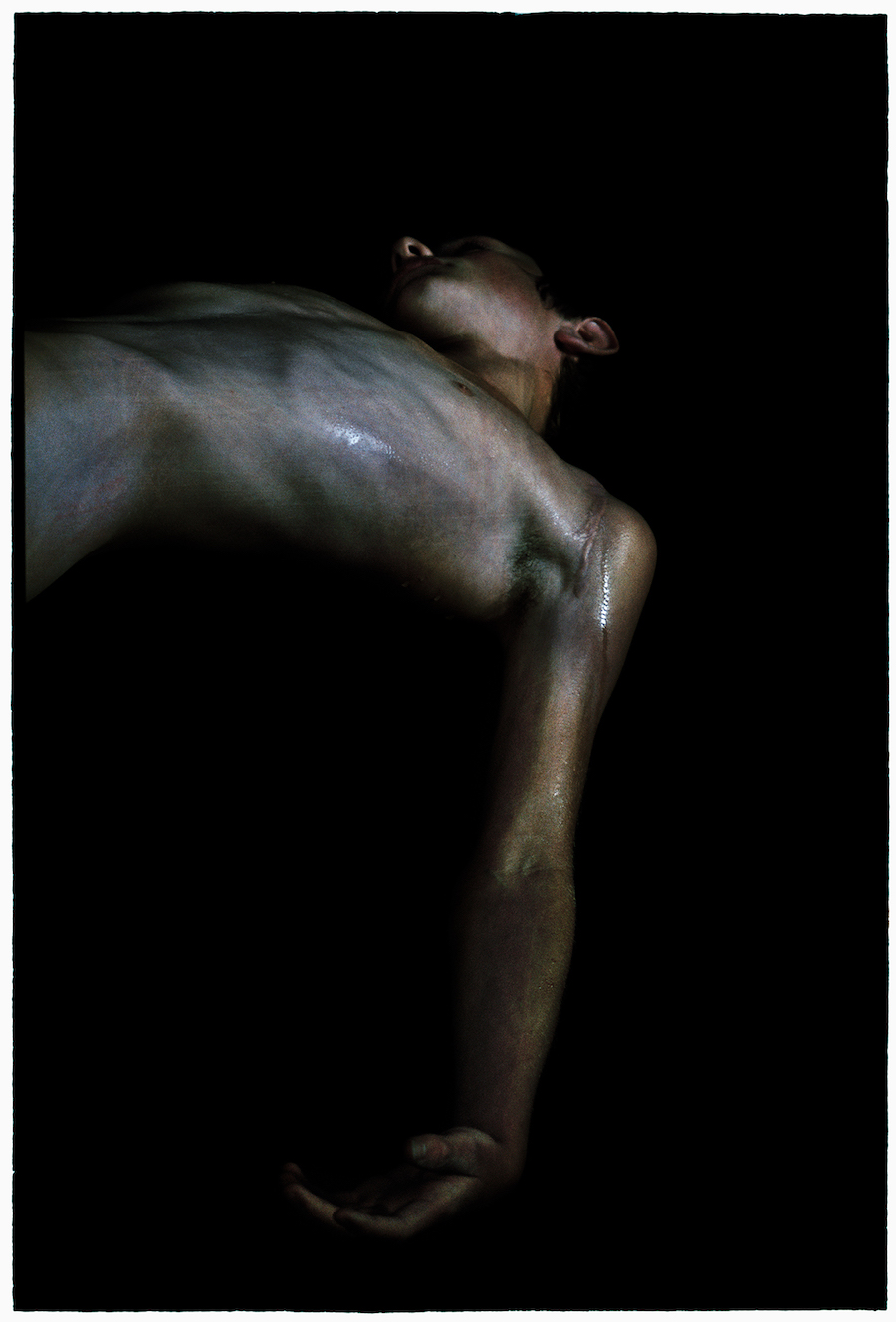 Henson’s obsession with adolescence and photography brings to mind Herve Guibert’s anecdote with the young boy published in Ghost Image. It’s a photograph of a boy between the age of 15 and 17, an adolescent. Guibert goes to great lengths to describe its contents – the boy wearing a leather jacket and a white shirt cropped from the waist above – and also its physical state, but that’s not what matters here. He had the large glossy print in his house for a long time pondering over this unknown boy, perhaps someone’s brother, not unlikely dead or, as Guibert muses, in a state of decay. He would never say anything to anyone who would unavoidably ask questions. When alone, he would press his lips against the cold sticky paper surface making imaginary contact with the boy’s lips. 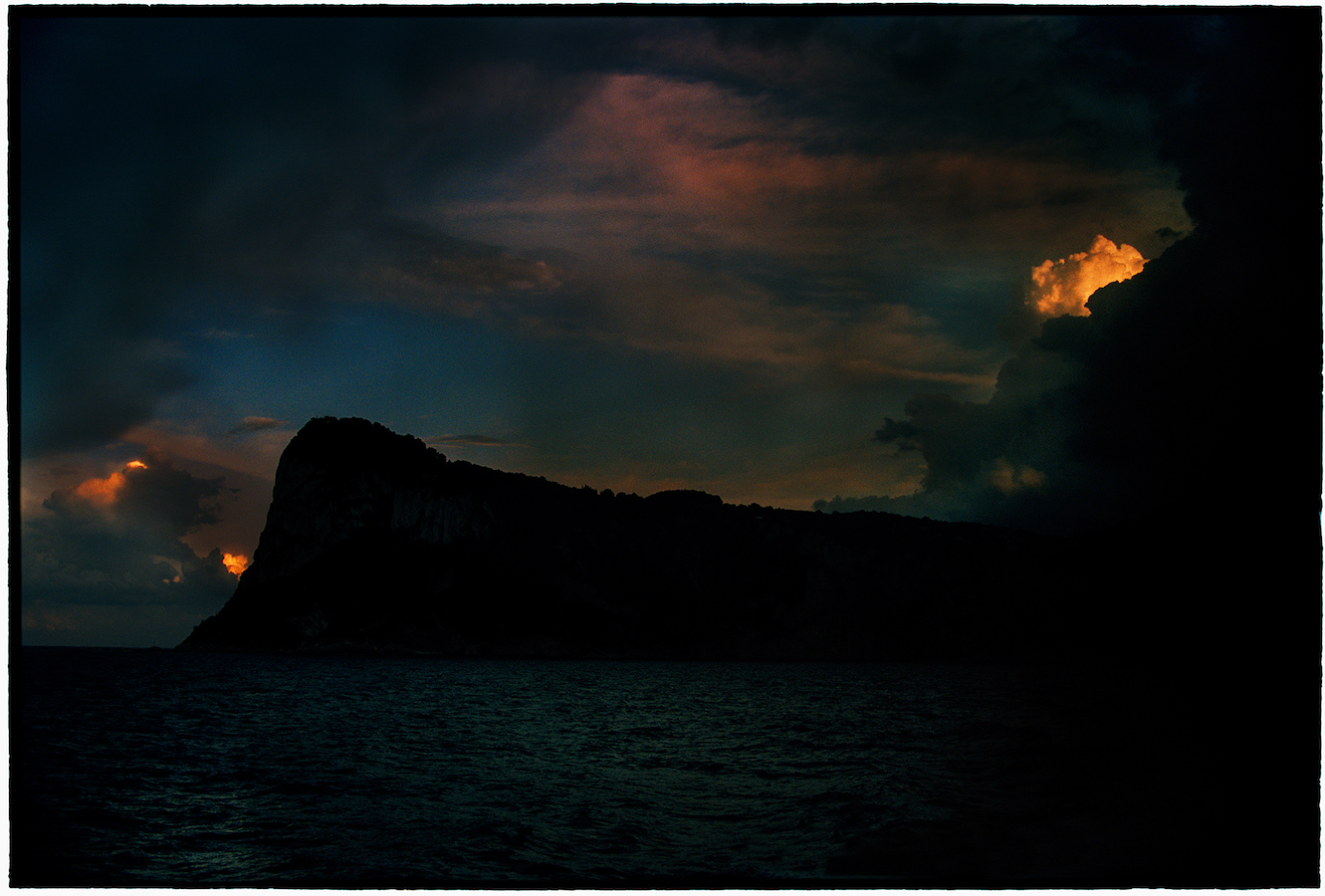 The photograph remained in its place for seven years. The image began to inevitably decay and this is when Guibert kept it “in my bed, beneath the sheet that welcomed my body; i crushed it and heard him whimper. He lived in my dreams. I sewed him into my pillow”. After a while he decided to wear the boy against his skin with bandages and tape. Shortly after perspiration and humidity did their job – the image did not disappear or dissolve completely but was instead imprinted onto its wearer’s skin, imbued into his pores as a constant reminder of the anonymous androgynous object of his desire.

Of course, Hervé Guibert was homosexual and perhaps his attachment to the picture or the idea of a young boy differs vastly from what a heterosexual person would feel or do, but this is not the point. By revealing his secret he provides a great example of how we interact with images, what they mean to us and the emotions, desires and lust we can project onto them. The picture becomes the person and is no longer simply a sheet of yellowed decaying paper. Even though Bill Henson’s works resemble staged tableaux, or even bronze sculptures, borrowing heavily from the painter’s palette with their use of chiaroscuro and bokeh, they are very much photographs. They aptly use photography’s strength, namely the fact that photography documents whereas a painting invents. The photographic object being proof that something took place has long been dismantled, but here it preserves its subjects youth and innocence in a way a painting would most certainly be unable to. As Henson observes, photography has a suggestive potential without revealing too much. His images transport us to a contemplative, silently still place and reveal a moment of beauty, but also the mournful realisation that it too shall pass. Photographs can make you weep because of their close link to reality, paintings less so. 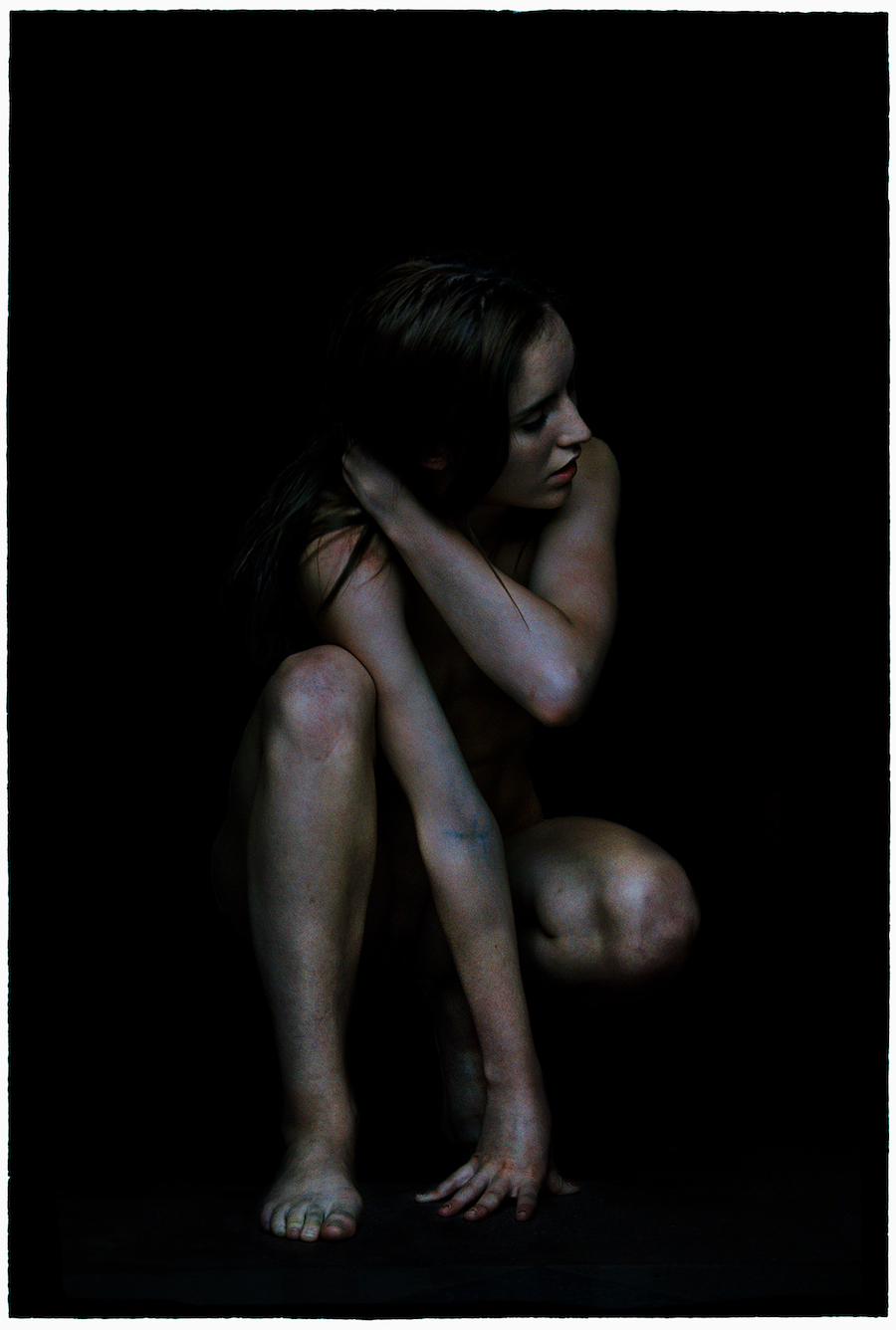 “You see, it’s easier to ask you to take your picture than to caress you… I photograph you as if I were stocking up on you, in anticipation of your absence.  These pictures are like pledges, or bonds, for my desire. I don’t even know if I’ll ever print them, but if one day, because I am in love, your absence becomes unbearable to me, I know that I’ll be able to turn to this little roll of film and develop your image, and caress you, but without making you shudder, or casting a spell on you. They say that if you want to make someone who is stubborn fall in love with you, all you have to do is surreptitiously put an apple stuck with cloves under their bed and let it rot there.  A photograph works in the same way, like a spell I might cast on you. By taking your photograph, I can attach myself to you, make you a part of my life, assimilate you. And you can’t do anything about it.” – Hervé Guibert 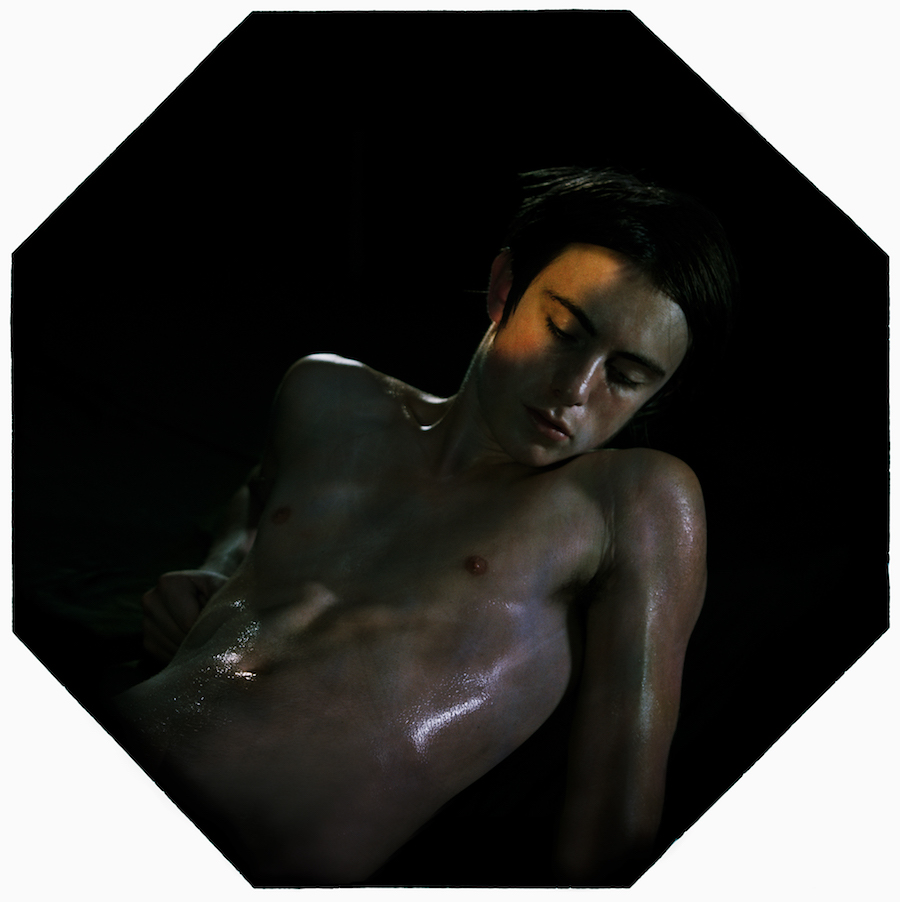 It’s inevitable to discuss the book’s title – a shortened version of “sic transit gloria mundi” (the latter part of which is inscribed inside the book), literal translation being “thus passes worldly glory”. It shares name with George Frederic Watts’ painting from 1891 who also chose to use the shortened version on the grounds that his intentions were “not so much the passing of the glory of the world but rather the end of all human existence”. The phrase is heavily imbued with religious connotations as it was uttered by priests during the coronation ceremonies of the Popes between 1409 and 1963 serving as a reminder of the transitory nature of earthly life and all its offerings. Henson’s photographs in Sic Transit operate as a memento mori – a constant reminder that youth fades away. Adolescent flesh is entangled in erotic amalgamations, interspersed with sublime images of gushing waterfalls, divine skies, and religious buildings, connecting the viewer to an omnipresent power, something bigger than oneself, perhaps what some would call god.