In our saturated cultural climate many are the photobooks that fall under the radar Such is the case of Thomas Locke Hobbs’ Maravilla del Mundo (2018), published by Photogramas in Buenos Aires. A brief opening text explains the title: a global campaign in 2013 set out to choose the new Seven Wonders of the World, and the government of the Peruvian city of Iquitos promoted it to get the Amazon River elected. Hobbs’ complex vision of a city of roughly half a million people with a visible queer community probes the intersection between geography, identity, and sexuality. The photographs were made over seven visits between 2011 and 2017.

In the book, Iquitos comes across as a city with close ties to nature and where passions, when they unfold, do so quietly. The photographic encounters happen in various spaces: at the backs of houses, in between huts, near the river, in muddy streets, or in the humble eateries where the locals eat pango de pescado and arroz chaufa. A picture of a man eating in such a place gives us a clue on how Hobbs interacted with his sitters, with the vacant chair signaling the closeness he struck with them, even if the exact nature of their relationship is open to interpretation. It is only towards the end of the sequence that the photographer actually shows up in one of the portraits, sharing the sitter’s vulnerability in the image-making process. The project’s major strength, however, has to do with how it tackles the conditions of poverty and exploitation of the people depicted, with Hobbs striking a delicate balance between landscapes and figures, a task no less complicated by being common.

“The act of making a portrait can be a genuine form of bonding, a way for an artist to show empathy for what he or she believes that people represent other than themselves.” 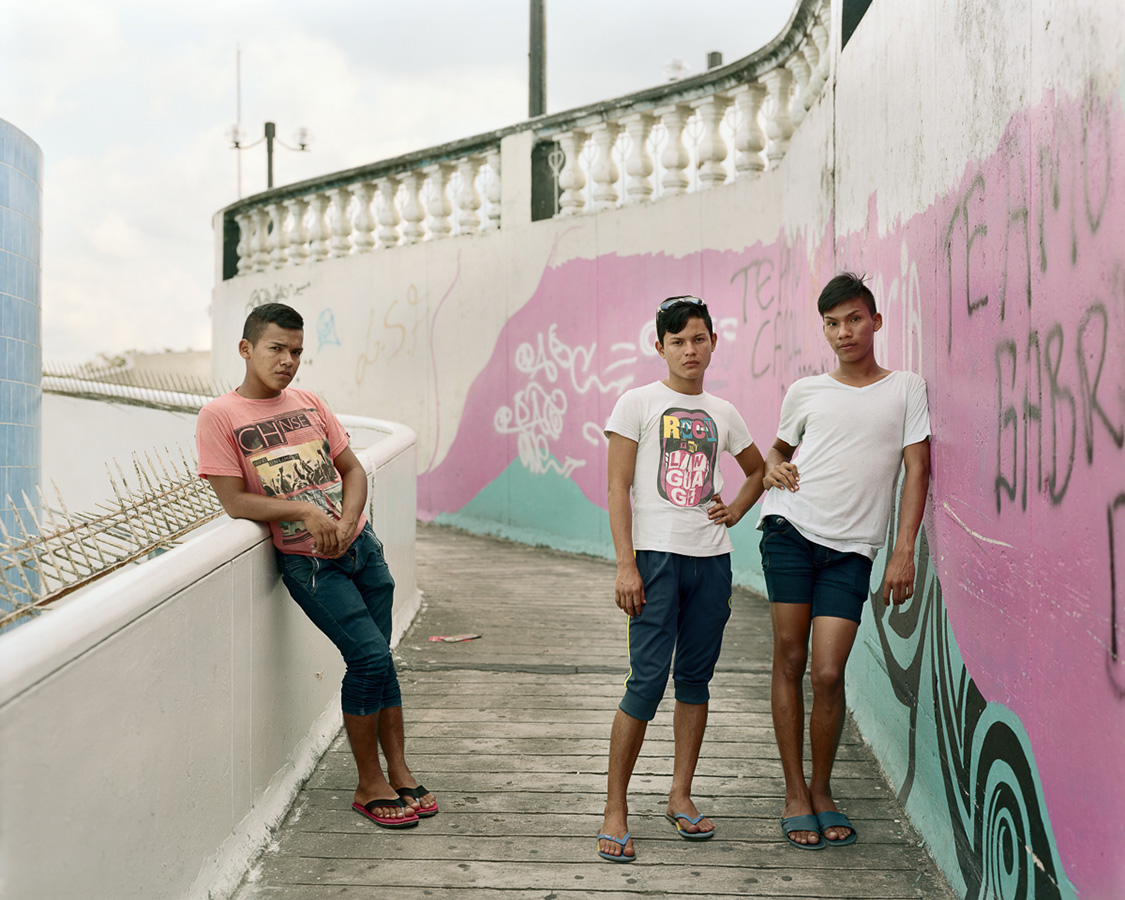 Using an 8 x10 view camera, Hobbs achieves an intimacy crucial to sense the physical and psychological closeness he shared with his sitters. The book’s generous size allows us to delve into the photographs and sustain the men’s gazes with a mirrored intensity. In some pictures, simple devices such as bedding sheets used as studio backdrops are a playful way of acknowledging a particular photographic lineage (Malick Sidibé, Seydou Keïta, etc.) in which heartfelt images were made with an economy of means and a surplus of authenticity. Hobbs’ pictures draw parallels with past and present empathetic photographers such as Martín Chambi, Andrea Modica, and Dawoud Bey while also sharing the incisiveness of the work of more divisive figures like Peter Hujar and Robert Bergman.

We get the sense that these images result from conversations and negotiations, as it is unlikely to achieve similar results without developing a mutual trust with the person photographed. But while we get Hobbs’ desire to understand Peruvian culture, we also get how these men, some of whom seem to wear their vulnerability on their sleeves, seized their chance to pose for Hobbs as an attempt to connect with the broader world by displaying their identity and sexuality. The act of making a portrait can be a genuine form of bonding, a way for an artist to show empathy for what he or she believes that people represent other than themselves. Portraits, in other words, are statements about the artist’s understanding of bodies and their social engagement in terms of politics and ethics. 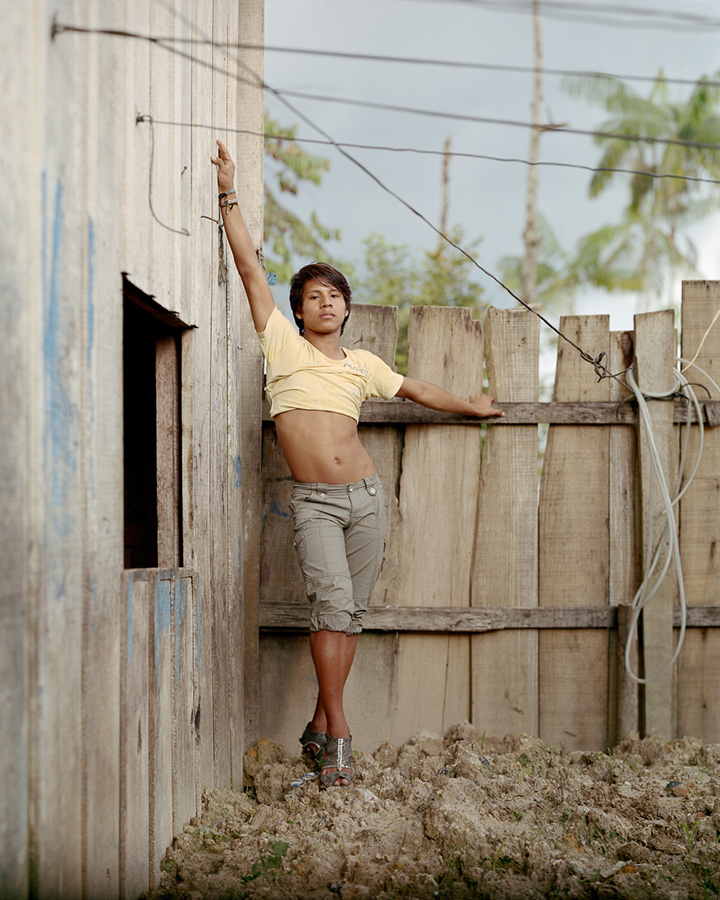 “Hobbs lets them be the stars of their own story, reminding us that these are lives we don’t know enough about.” 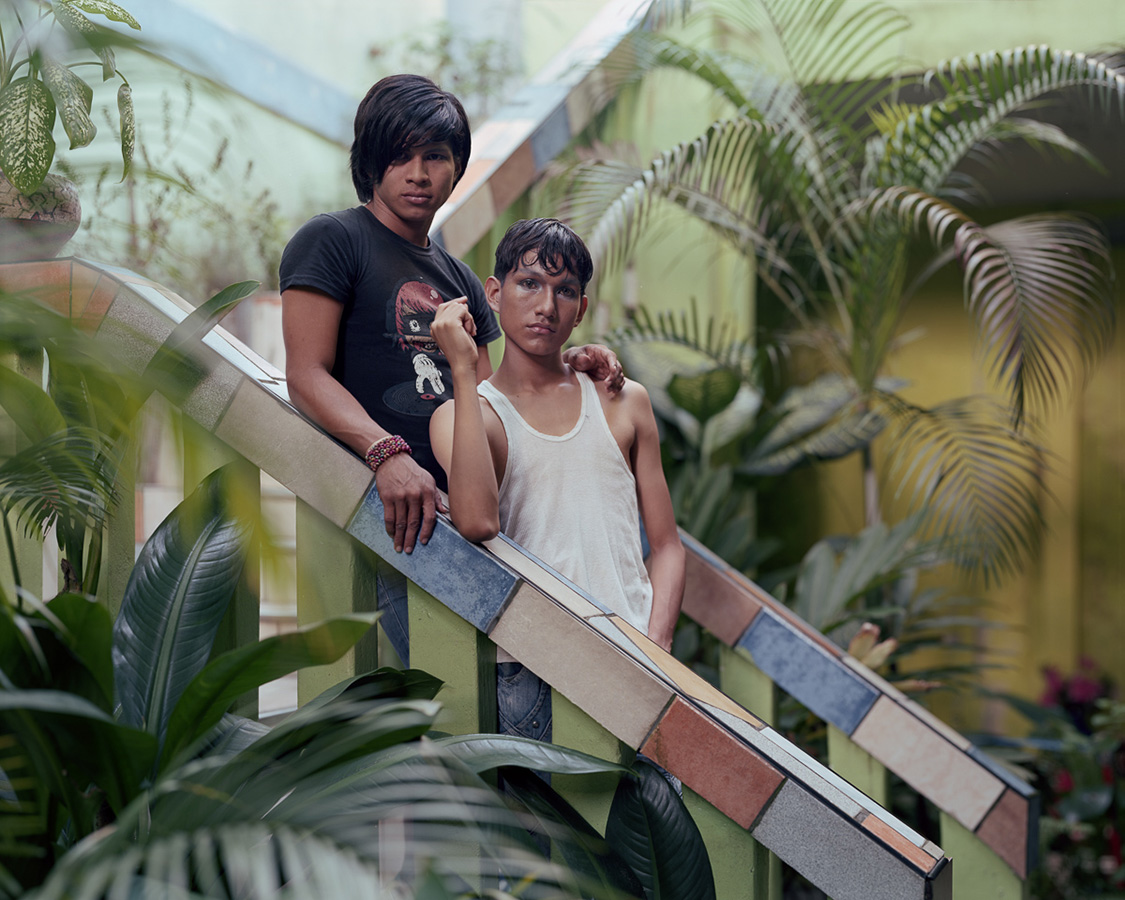 Maravilla del Mundo offers a compendium of gestures loaded with feeling, where a flexed muscle or a tilted head carries meaning beyond their denotative function. Nevertheless, the place where a picture was made always influences our reading of it. Had the images not been made in Latin America, I probably wouldn’t have interpreted the moles on a man’s neck as shrapnel wounds. In depictions of the Global South, a historical subtext of violence tends to be only at a stone’s throw. In this sense, the portrait of a man in a bare interior standing next to a woman sitting uncomfortably on the floor – very likely his mother – captures a tense psychological moment that speaks of a narrative topos in Latin-American novels and films in which queer men have to contend with poverty and a moralistic society while growing up in single-parent households.

A more tender portrait shows two men leaning on a balustrade with colorful tiles surrounded by plants of different kinds. The soft lighting makes them look like soap opera stars ready for their close-up, but in a plot devoid of the typical macho characters common to popular forms of escapism. Hobbs lets them be the stars of their own story, reminding us that these are lives we don’t know enough about. In fact, Hobbs provides the sitters’ names in an image index, which reasserts their individuality. They bear names such as Patrick or Jean-Pierre, which are subtle markers of a marginalized social class. 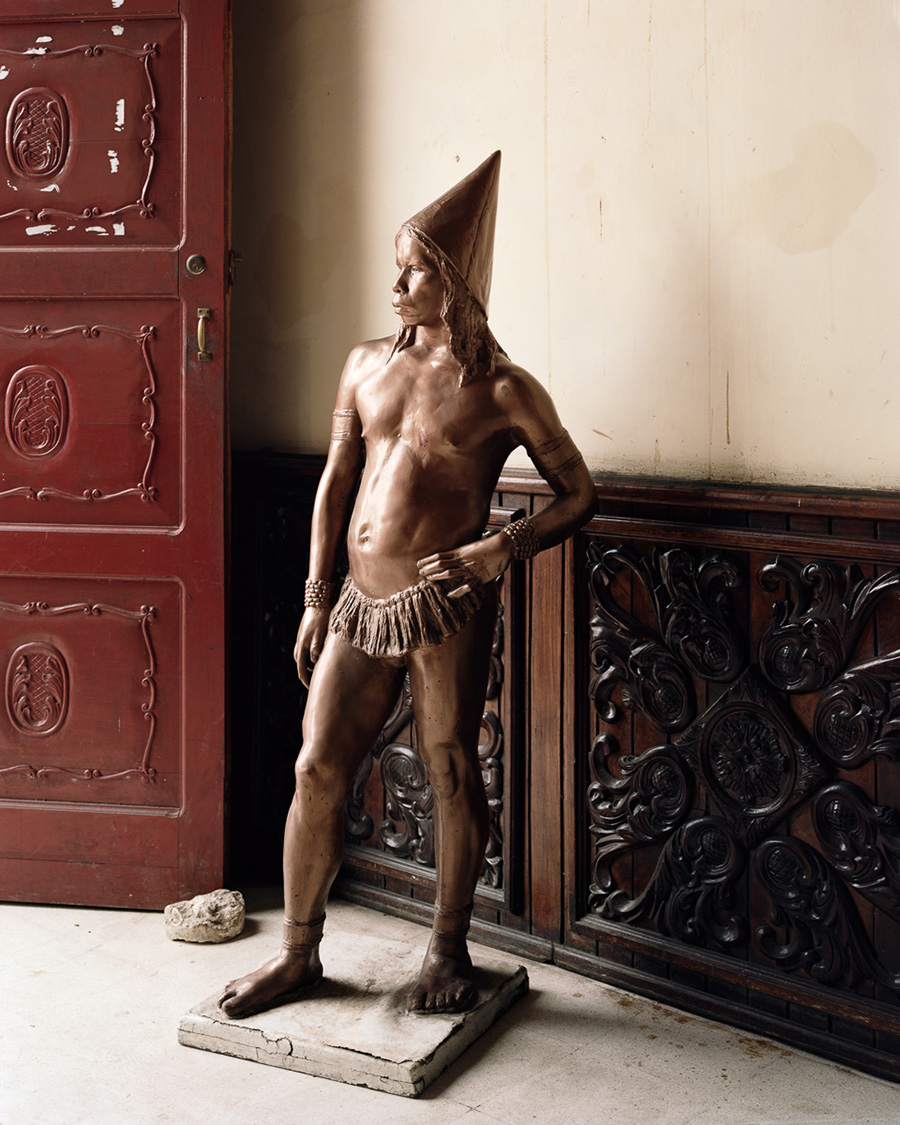 Scars are a recurring motif in the work, suggesting how violence and poverty are constantly intertwined in a structural manner related to specific aspects of the local culture, like how many of these men have had motorcycles accidents or are the survivors of childhood abuse. Similarly, Hobbs uses color to underscore the socioeconomic condition of the city. In a beautiful portrait of three men in a walkway, their attires and the pink and green mural on the right-hand side of the picture suggest how people of modest means use pastel tones as a shield against the hardships of life. Hobbs’ palette is neither manipulative nor reductively laudatory of the exoticisms of a foreign culture but captures the specificities of the place and of its queer population instead. Color, I feel, is connected to one of the main arguments of the book: a reflection around the cultural influence of European and American queerness in identity formation and how a hegemonic image of queerness makes it difficult for the fashion, customs, sensibilities, and behaviors of other places to emerge or establish themselves.

Hobbs’ work evidences a Latin American sensibility, although it is irrelevant whether he’s always had it or if he developed it while living in the southern hemisphere. The title, though, brings to mind one of the seminal concepts of Latin American modernism, Alejo Carpentier’s lo real maravilloso, which was how the Cuban writer formulated his critical appreciation for the idiosyncrasies of Latin America, but without falling into what he saw as the sentimental excess of magical realism. Maravilla del Mundo reflects Carpentier’s stance very well. It is both, an accomplished look at queerness in a small Peruvian city and a good example of how contemporary documentary strategies challenge the views that mainstream media fabricated around certain cultures and places over the course of the twentieth century.