In memory of a young woman that I never knew. This reflection is dedicated to Carol Jenkins-Davis 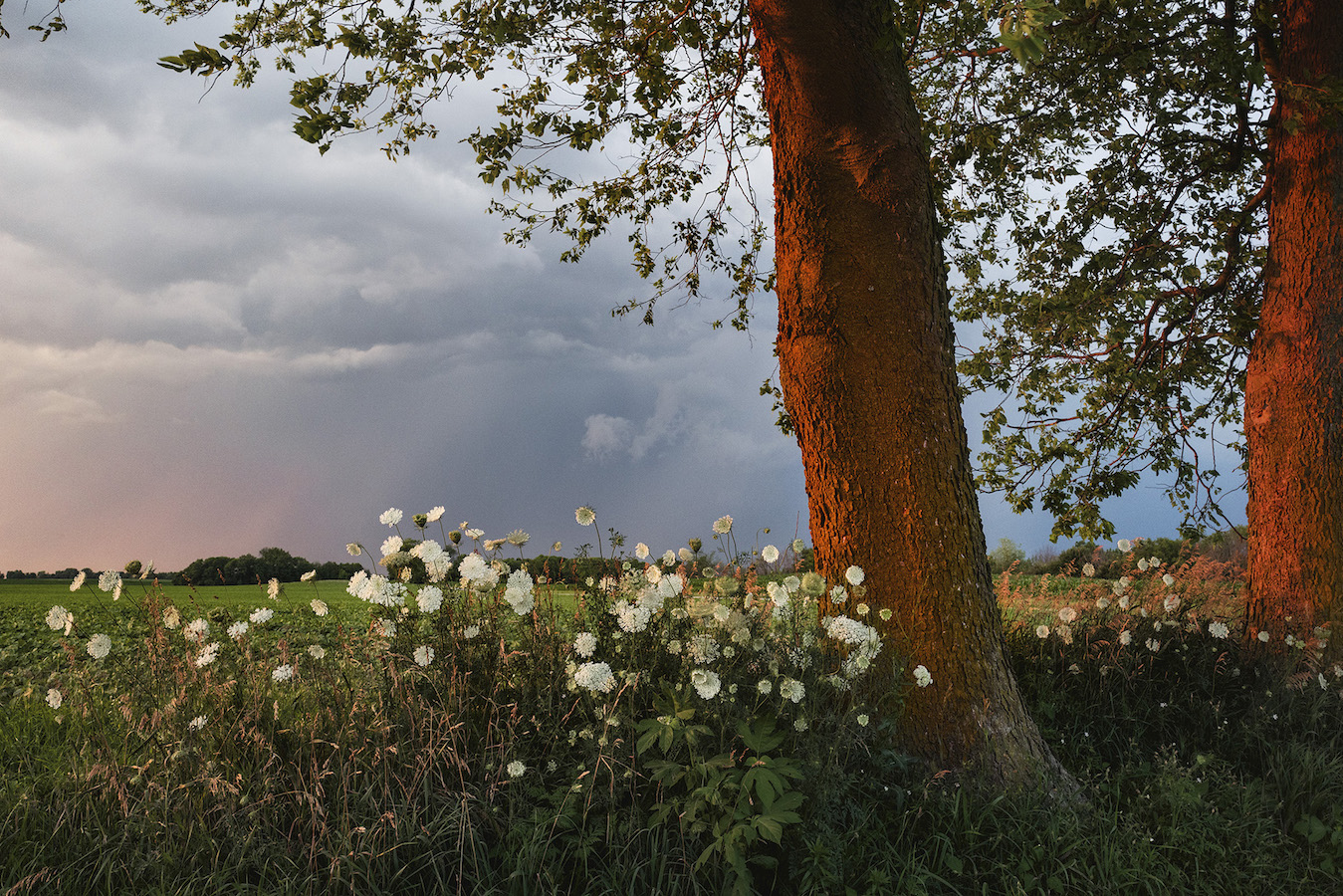 I find myself combatively trying to embed myself in the images, memories and families of others. My initial hesitancy in this pursuit comes from acknowledging the failure of such an enterprise. It comes from a point of absorption when I look at images that I “read” in the framework of a book. I feel drawn into the narrative of a book and my mind wanders towards its intention and possibility. There is something within the photobook the solicits this inquisition. I feel like I am part of the world in front of my eyes as opposed to having the distance of a simple aesthetic critique. Of course, this is not always the case as certain forms of photography do not imbue this sense of need. I believe it comes from a type of photography that exhibits the vaunted “storytelling” framework within. Skepticism is always the first port of call in such endeavours, but I still find myself drawn towards mapping out a loose and imagined sense of architecture between the images. 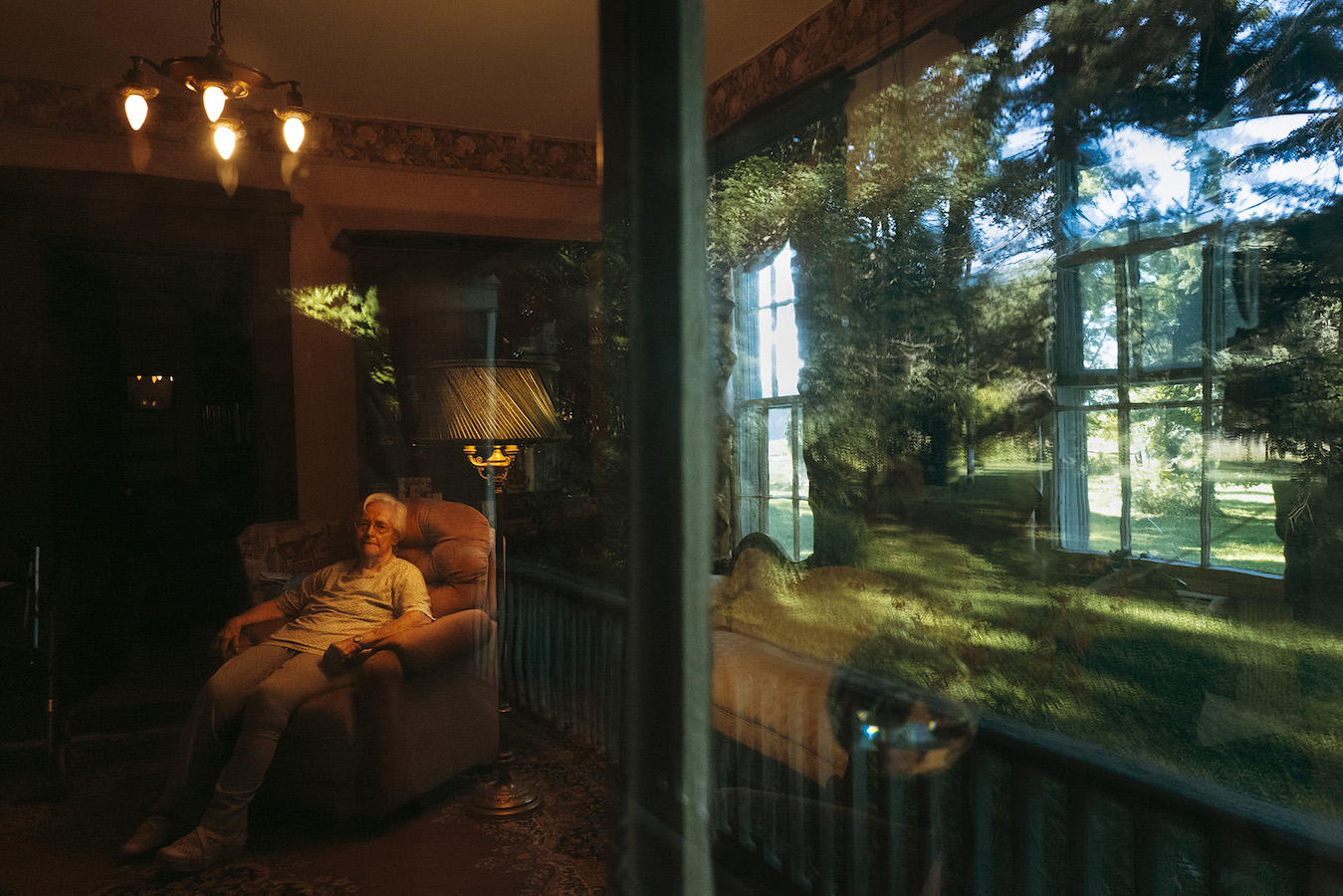 The sycamores I understand, each scale of their weathered bark is fit for a peelin’ from childish hands. Perhaps here and there a jackknife scratches into the tree skin an overture of young love. A rusted nail once precariously an iron protuberance is now enveloped by the same bark and it is sinking into the torso of the green and brown sycamore.  The nail’s head now reminds me of an awkward bellybutton as the skin of the tree stretches to accommodate its mass before the tree’s invisible maw can work its iron victim from sight. It is a slow process and the casual observation of the sinking nail will give little up to the viewer, but over time and over repeat returns, the nail’s “progress” can be seen as a testament to the march of all things. 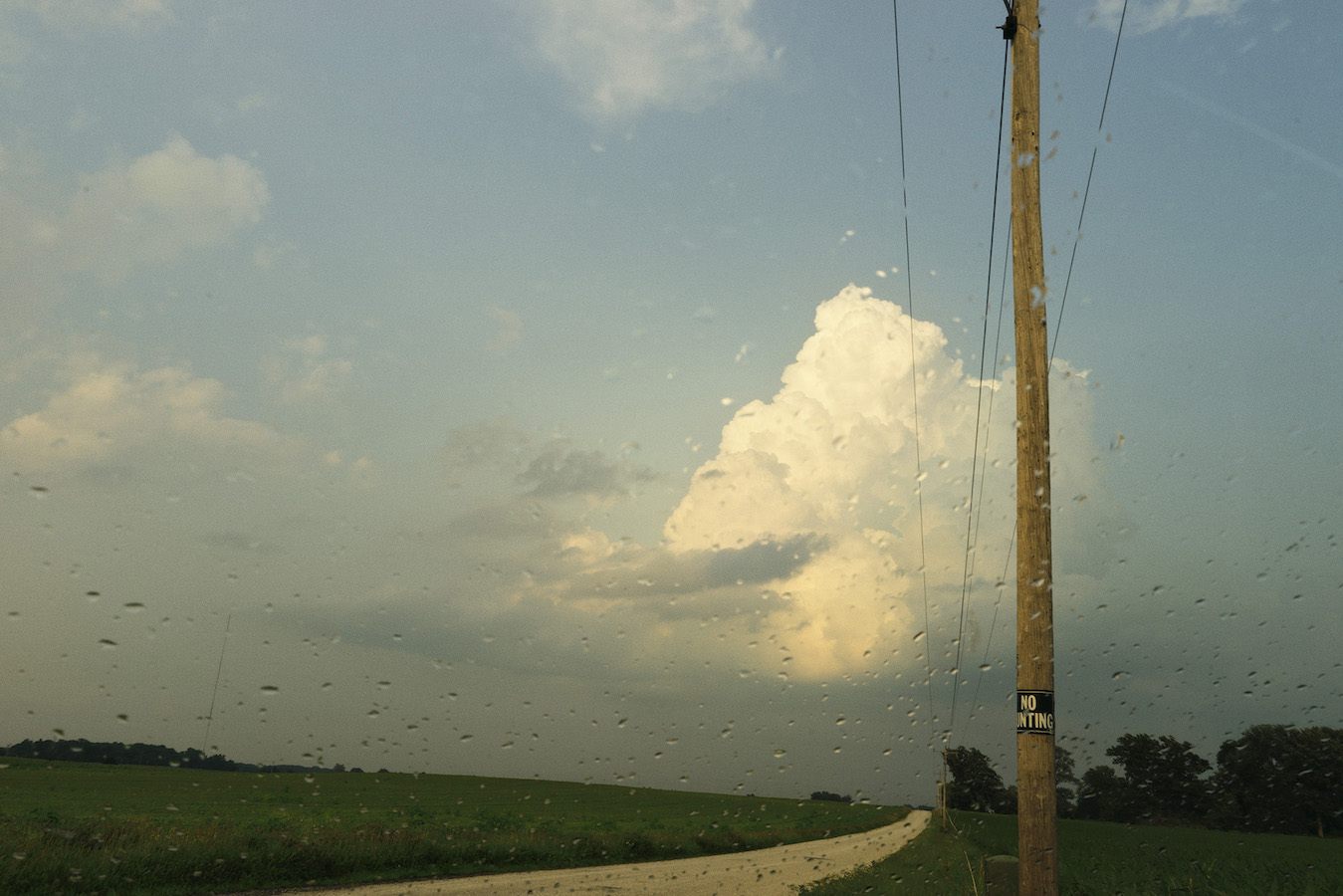 Mentally, I drive through the blue. I am a passenger and I observe its reflections as they cascade down the side of the window-everything is convex and stretched. Trees and faces pull and distort in the glass before they slide to peripheral positions and vanish. As I am driven, early fireworks pop off in the background and children are shuttled from one side of the road to the other by parents mentally counting the number of carrots to peel and lawns to mow upon their return home for a BBQ before they return to the edge of the field-the best spot to watch the firework show away from the crowds in the high School bandstand. Here, the corn is just coming up after a period of prosperous and heavy rain. Time passes in the soft lull of the car, festivities conclude and by dusk, I watch the shuffling of the same family feet as they head home. A child half-asleep under a light blanket on her father’s shoulder seems to recognize my observations from the car and her tiny pointer finger raises from her father’s shoulder semi-accusingly at me before the downward pull of her eyelids wins their battle. Here, the same humidity that produces the corn sponsors the mating season for all manner of insects who flitter and cavort in front of car headlights. These headlights are magnetic and they are deadly depending on velocity. 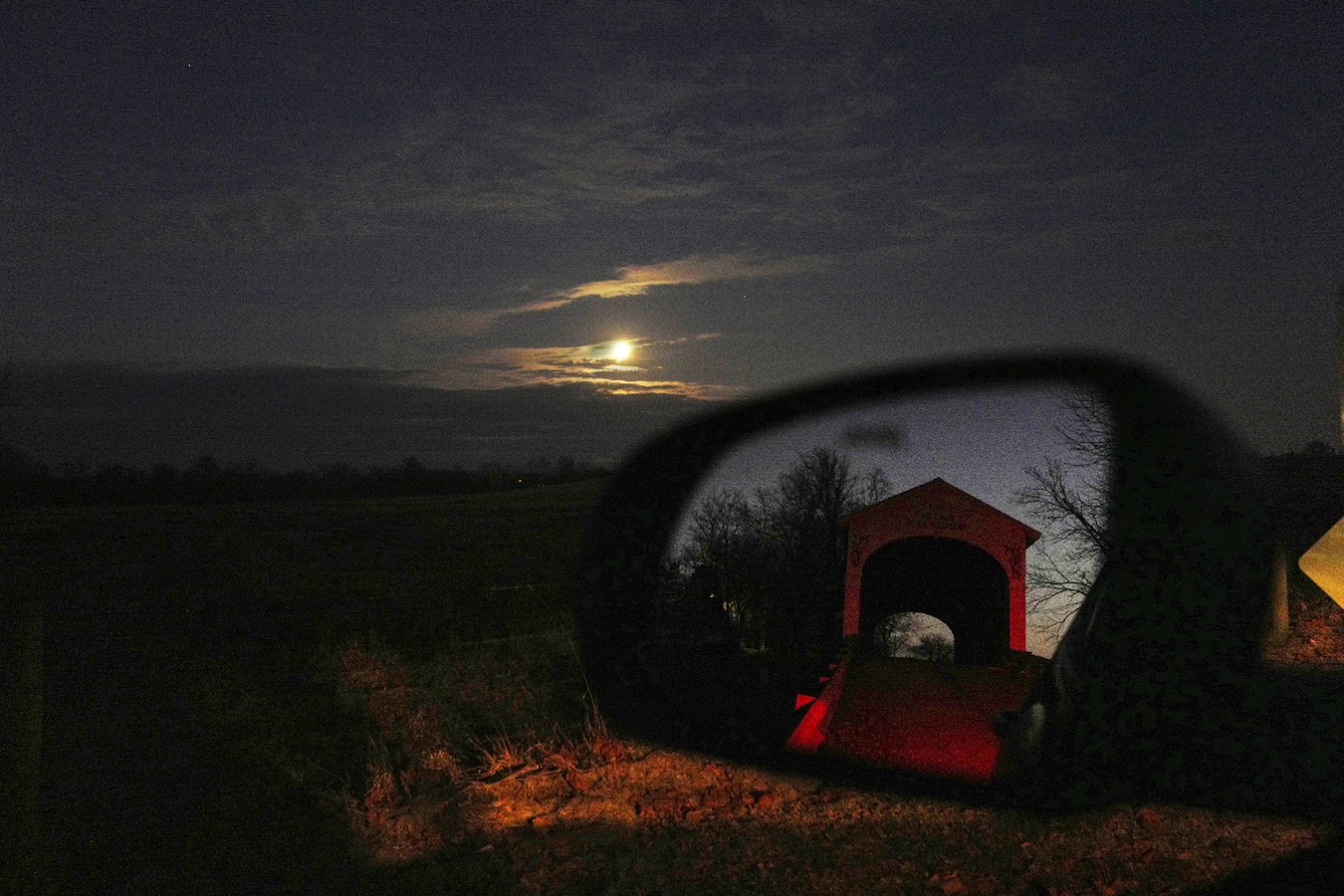 It feels familiar here. I know what the autumn will bring. I remember the odd corn cob nestled among the last crop of corn to be pulled from a strange harvest from a strange year in which mould enveloped stalk-a bad omen if one desires to read it thus. The air returns to a crisp state painfully poking at the lungs of September track stars planning their university applications. The leaves become brittle under foot and the first waves of winter babies are being born. A few constant characters from the town continue their decades-long duties silently under-girding the strength of the small community. Some things are a constant until they settle in for a long sleep. 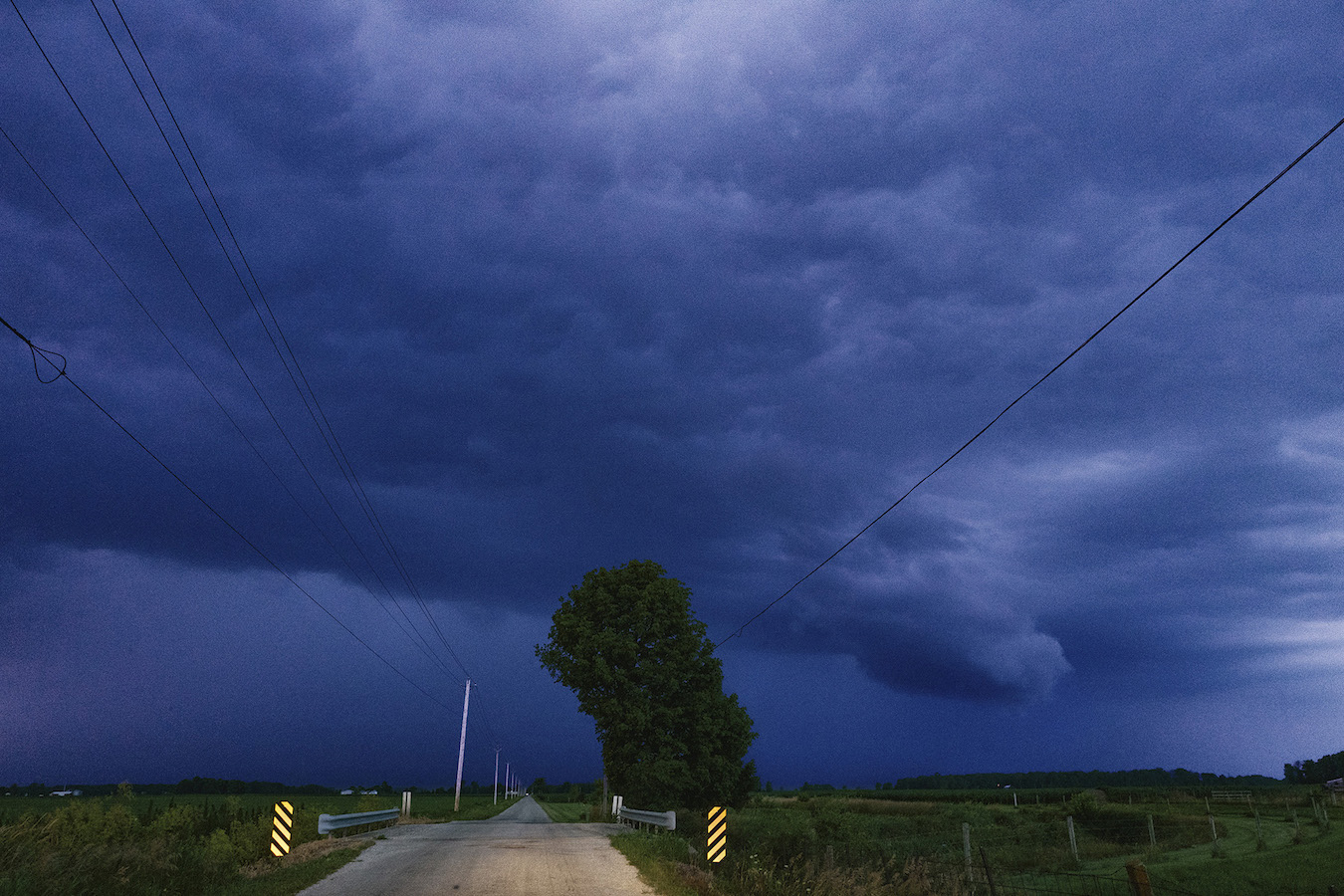 Rebecca Norris Webb’s Night Calls (Radius Books, 2020) is an homage to her 99 year old father, his medical occupation and the small community of Rush County, Indiana where she grew up. In many respects the book is as much about Rush County and her father’s profession as a house call doctor as it is about her journey away from where she grew up and her bond to family. Her annotations and thoughts, formed in poetic script within the book, act as a combinatory signature between her father’s medical log and her thinking through the landscape, his vocation and the passing of time. Rebecca visited a small amount of people that her father had helped through his years as a house call doctor. She photographed Rush County residents whom her father had helped birth and those who remembered him and his profession. In doing so, Norris Webb traced the county’s history and her father’s importance to it. However, the work becomes wider than this. You can feel the sense of returning in her work. There is a palpable employ of memory and things remembered within. The use of reflections and windows gives an impression of fleeting moments and this triggers a wider emphasis on small town life, community and the artist at once belonging and at once being removed from its hold. 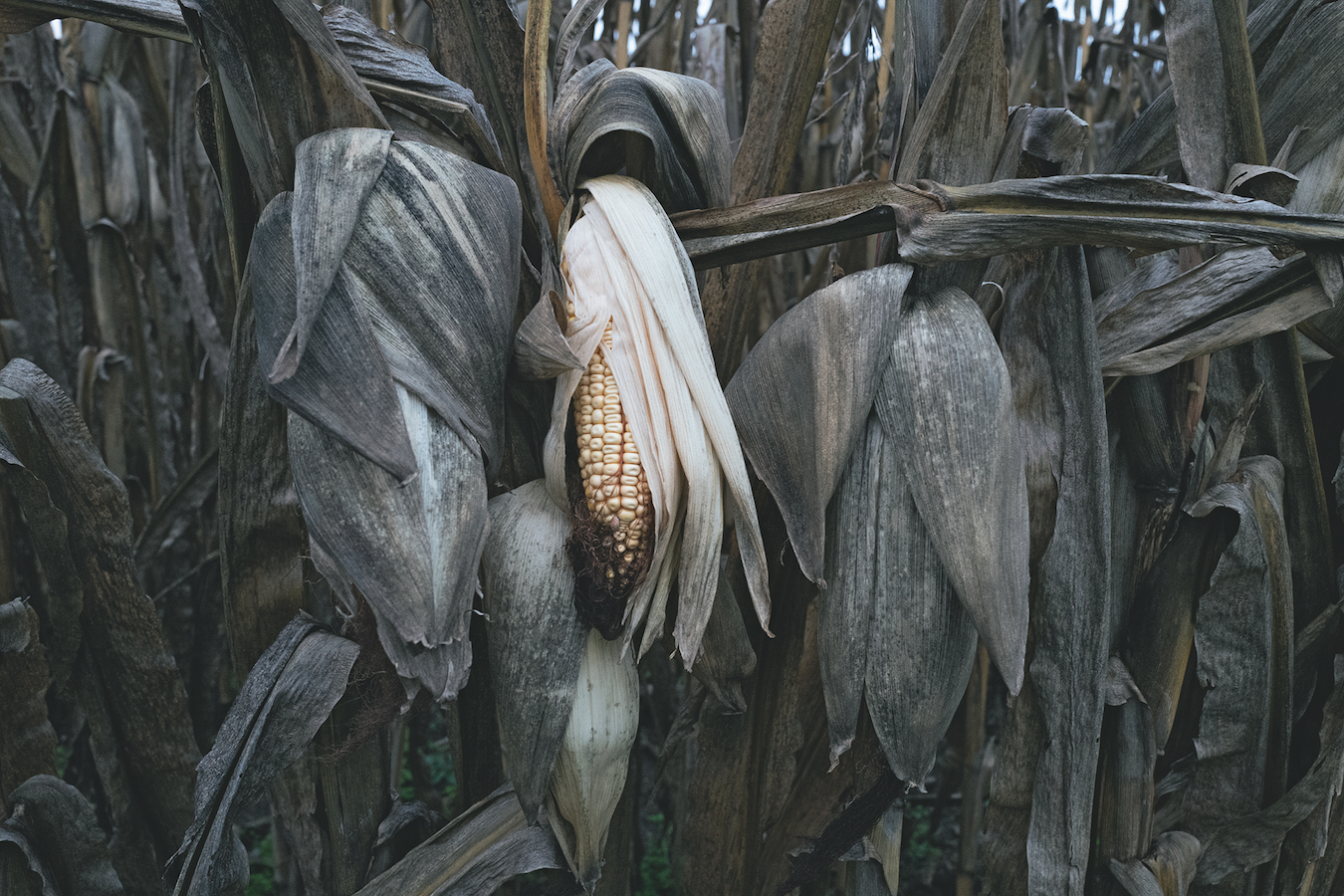 I would also suggest that there is something elegiac in the work. It feels like an homage to her father, but it also reminds me of the way in which a book that you truly enjoy feels when it comes close to its end. There is a bittersweet remorse as you close in on the final pages. You do not want it to end, though you know soon it will be time to move on. Its a strange feeling and not one that is easy to elaborate on. I can only say thatI feel this in the pictures. Seeing Rush County through Rebecca’s images reminds me very much of where I grew up and how one can never entirely go home without a slight feeling of disjointed-ness. It feels entirely human in episode and I feel that there is something universal in this sense of impending change and reflection found within the pages. I recommend this for people who are thinking about small town America and the idea of American collective memory in a moment where everything feels chaotic. The pictures are lush and the sentiment expressed is completely relatable. 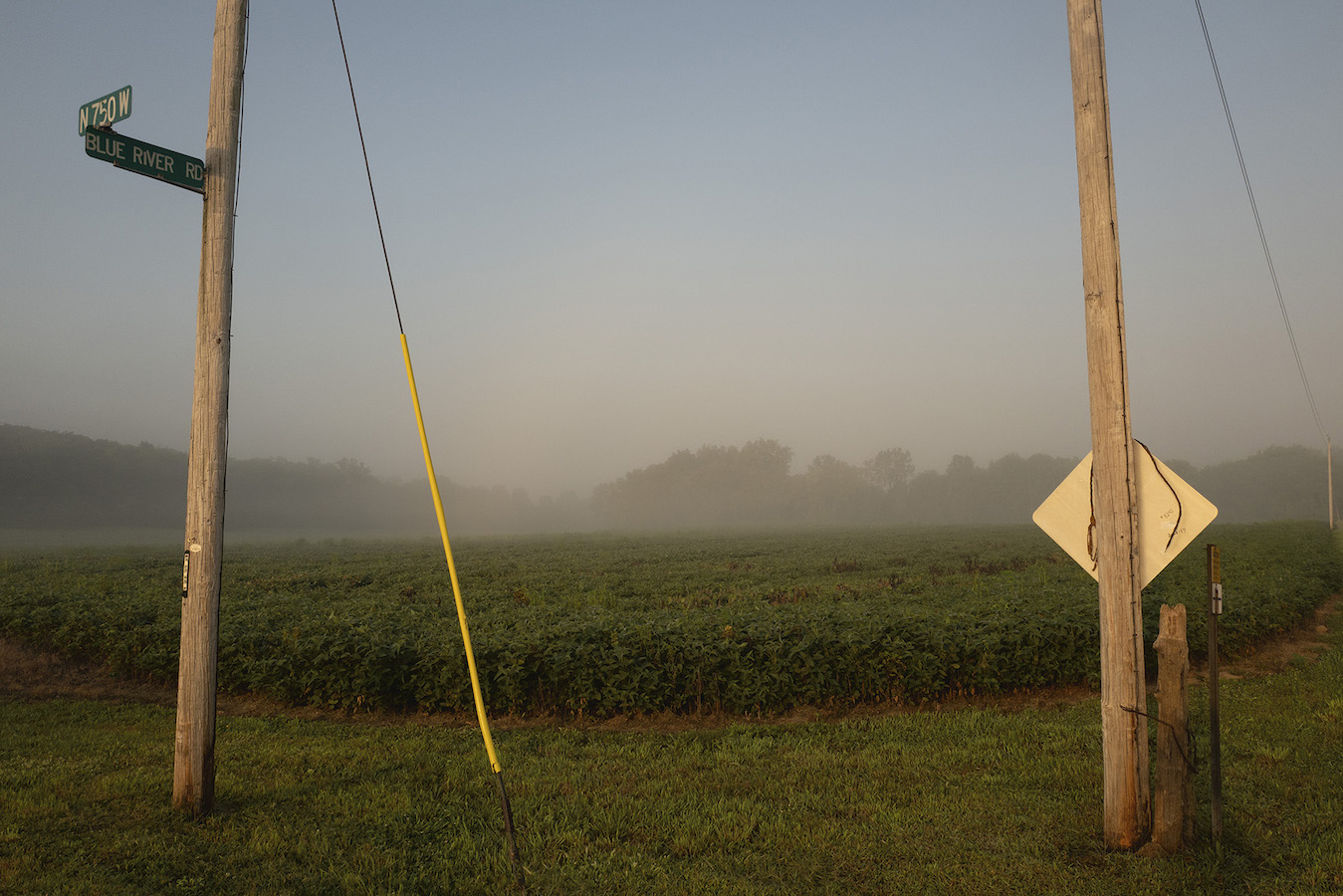