“If one day we reduced our bestiary knowledge to flight, I would wake to a world brimming with potential calamity”

It is possible that I have not met the right type of bird. I will admit a deep distrust with their whole phylum. If one day we reduced our bestiary knowledge to flight, I would wake to a world brimming with potential calamity. There is something about birds that I deeply distrust. I can’t quite place it and I would not quite call it a fear. It is something more about their potential and their past that feels threatening. This was probably best outlined in Hitchcock’s The Birds. At once completely sentient beings, the birds within the film took on something nefarious when amassed and when they targeted a single community and I think of that is somehow alarmingly possible and off-putting. In film, I am also reminded of the third Indiana Jones film when Sean Connery umbrellas a bunch of seagulls into the engines of a nazi plane. Dead nazis are fine of course, but on some occasions and when flying was still possible, I used to imagine a bird or several getting caught in one of the engines and I would imagine the plane that I am in doing an odd circular one-engined fall until it ends in ashes. 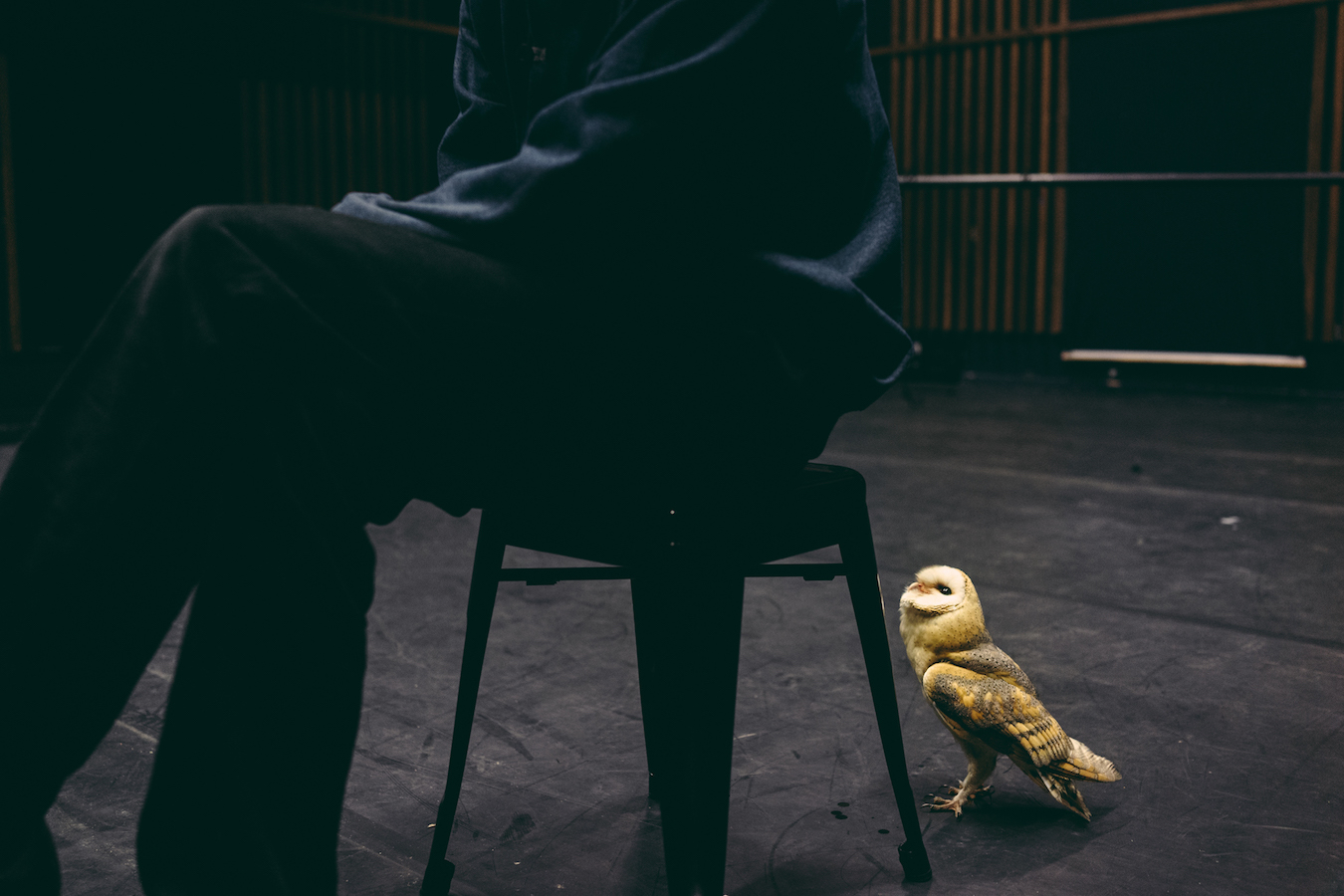 I have also worked backwards with birds, looking on at their historical lineage. I have made note of their feet in particular after reading about their relationship to dinosaurs. I have studied the shoebill from afar and the coots that live in Camden Canal near the Regent’s Park Zoo up close. If you look at the feet of coots you can feel my gathering sense of dread at the correlation between the bird and its dinosaur ancestors. There is something pre-historic about these animals. The shoebill’s gaze is plain evil looking and they are sizable creatures. I have also, while on the topic of London and birds, studied Youtube clips of what I believe are the white pelicans of St. James Park devouring pigeons whole-something I am oddly fond of to be fair. I have seen also seen sea gulls picking off ducklings in the same pond which is oddly upsetting. I do however have a profound respect for corvids such as crows. The crows that inhabit the Tower of London, though I distrust them entirely seem somehow more majestic than most of their contemporaries. To distrust is not always to dislike. 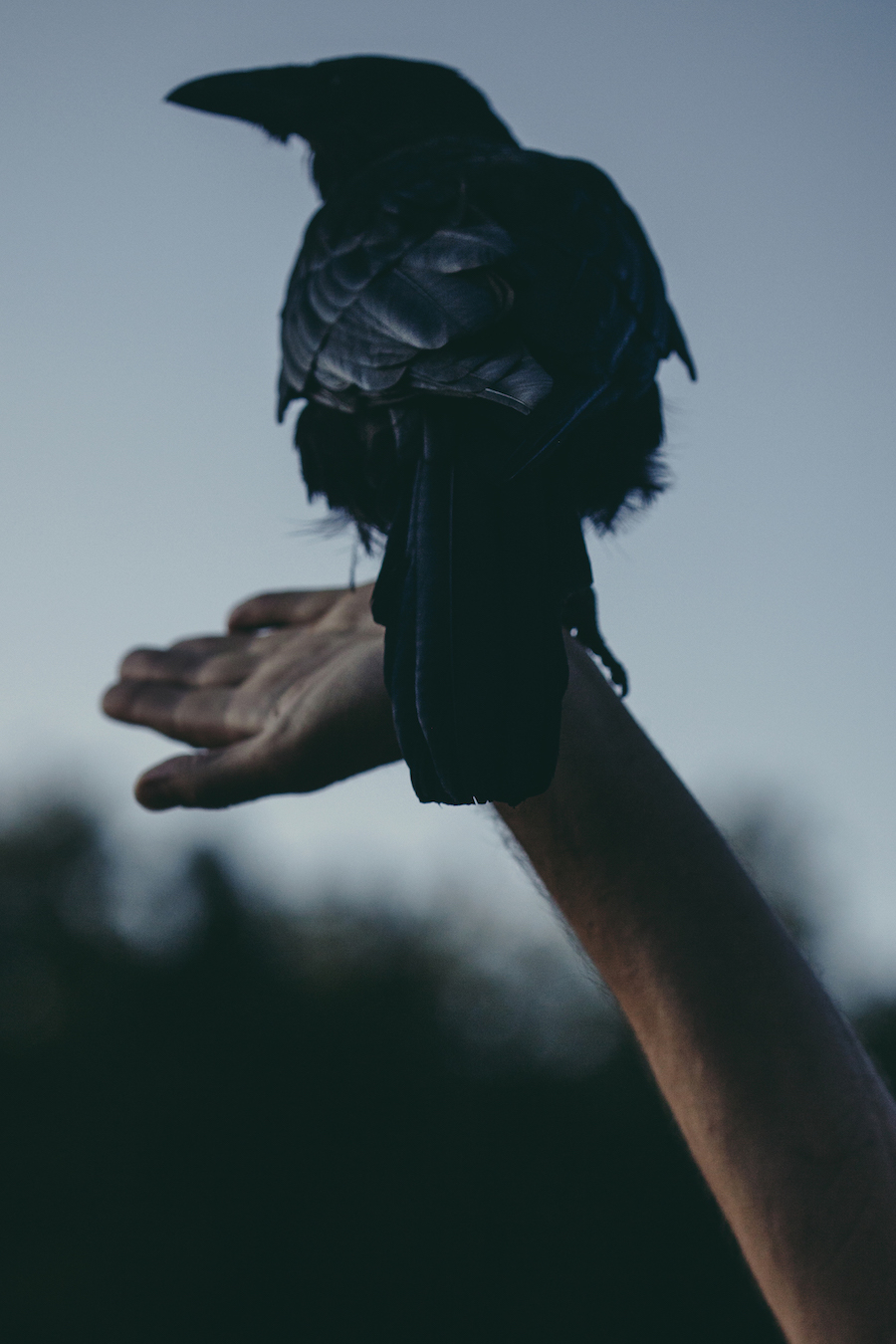 Whenever I am spied by a bird from a tree, I feel as though I am about to be swarmed and have my eyes plucked from their sockets. I cannot explain my irrational distrust of birds but it exists and I doubt somehow that I am alone in my assessment of these be-feathered nemeses. Perhaps it is instinctual that I do not feel co-aligned with the ornithologically-inclined. I think of all birds as birds of prey for some reason and fail to account for their popularity. I believe that perhaps birds are enviable for their ability towards flight, but after that, their order, these hoards of disease-breeding enemies may just as soon commit themselves to being directly out of my way and line of sight.

“Perhaps it is instinctual that I do not feel co-aligned with the ornithologically-inclined. I think of all birds as birds of prey for some reason and fail to account for their popularity”

Birds have been the subject of a number of photography books. Many of the books fall under illustrative nature books meant to increase our awareness for the various types and breeds (if that is a correct term) within the world. All seem to find birds appealing in their ordering. I can also think of birds who make an appearance in art photobooks. Guillaume Simoneau’s Murder, Misahasa Fukase’s Ravens, and in name only perhaps, Birds of the West Indies by Taryn Simon. All of these titles deal with birds in some way or another by thinking of them through through metaphor and I am positive that there are many more. 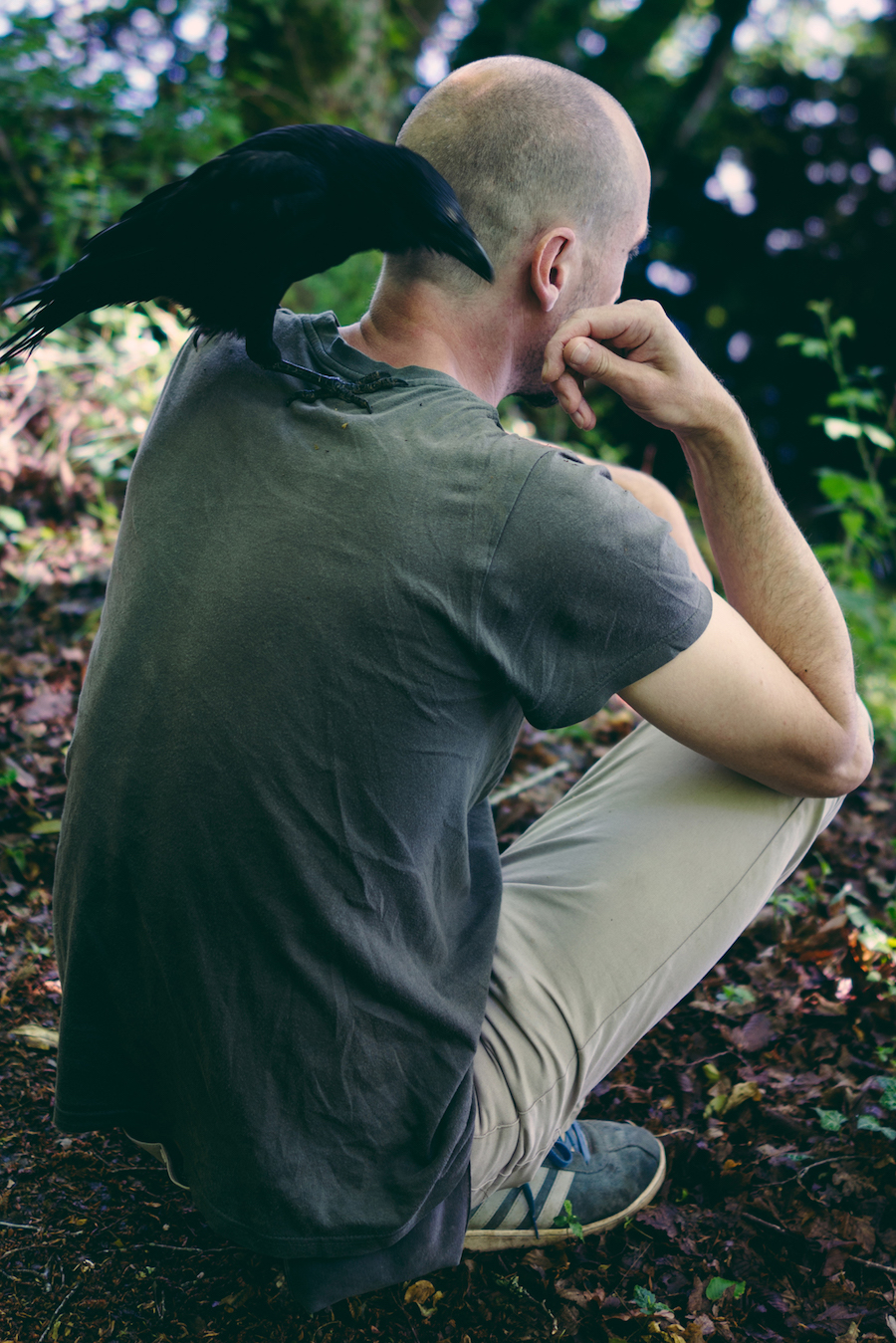 Francesca Todde’s A Sensitive Education (Départ pour l’Image, 2020) despite my fears and distrust alleviates some of my concerns about our flying friends. Let me think of it as a brief respite from their imagined advances. The book is about birds, but it is also a collaboration with Tristan Plot, a bird trainer born in Touraine, France. His education of birds came from a very early age observing the local specimens that were part of his birthplace. After studying ecology, biology and ethology at university, Plot would find himself at a pivotal moment in which he observed more fully the activities of birds by “listening” quietly to their natural rhythms and rituals. It was a moment of clarity and it resonated deeply. He embarked on a vocation to study the animals with a “positive training” method based on a nuanced approach to studying and interacting with the animals in a co-efficient manner in which Plot learned to develop his ability along with the animals natural cycles. Instead of acting as an outside force looking in, Plot assumed a role in which his behaviour played a central function. He began to interact as part of the environment instead of an oppositional force of research. This allowed him to motivate the animals to respond through compassion etc. Eventually this led him to train animals (as whisperer) to perform duties in film, theater etc. The bond that had been cemented with the birds was based on respect instead of a more instinctual inter-species power dynamic. Thus, Plot’s method allowed for something more natural. His keen technique allowed for a deeper understanding of the animals which in turn provided a deep working relationship. 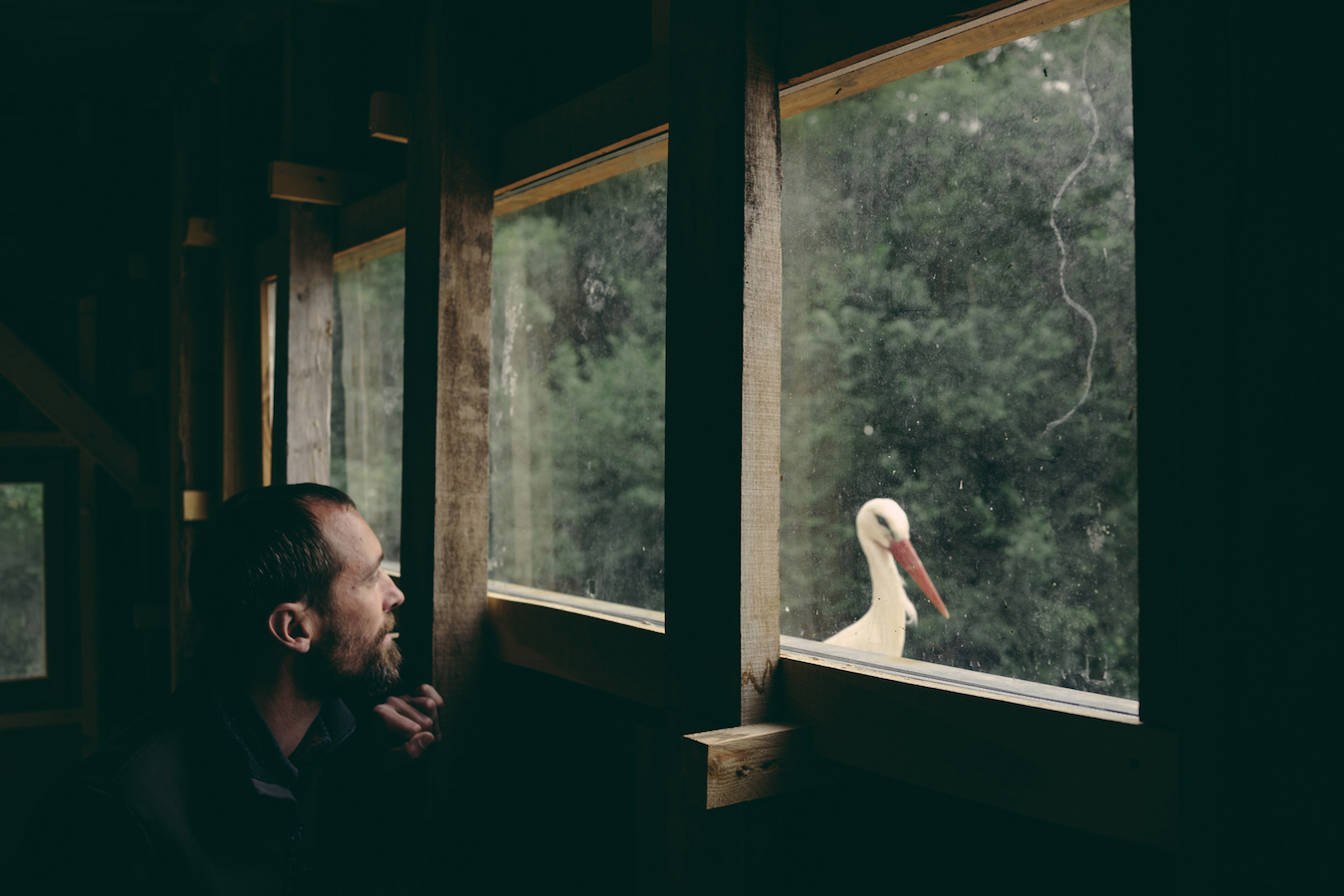 Todde’s images show Plot at work alongside general images of birds in flight, at rest etc. The images are beautiful and oscillate between colorful descriptions of the phenomenon of the birds themselves to brown-tones (paper choice) studies of birds that feel historical and of lasting importance. This paper choice is reminiscent of the field guides previously mentioned which helps to alleviate the often over the top attempts at pure poetry found in many photobooks where metaphor reigns over or makes elusive substantive content. Here, the birds and Plot take on all the mythological and philosophical possibility while also sharing the more fundamental joys of knowledge-based observation. This symbiosis provides a powerful point of understanding within the work and allows for the book to be considered more in depth and outside of the cloying matters of the production of art. I am deeply satisfied by Todde’s respect to both Plot and his efforts and the animals themselves for not ingratiating herself within the work more than necessary. It is a delicate and substantial book and though I myself remaining unconvinced by birds themselves, I do find myself returning to the work over time and feeling a widening sense of understanding and acceptance of their place in the world.