“For Demand, there were several discoveries: agedness and deterioration, signage, markings, the model as a document and record. There was the appreciation of the model as a form of knowledge making in addition to its function as representational form for the purposes of illustration.”

It was in Venice, in 2017, on a visit to Fondazione Prada, that I came across an exhibition peripheral to the international pavilions. The Boat is Leaking. The Captain Lied was the ingenious, interdisciplinary collaboration of four creative individuals, an artist, a writer/filmmaker and a stage and costume designer and a curator. When we consider the exhibition space, we rarely perceive of its site specificity unless it is purposely thematically foregrounded by the curators and yet there are occasions where those that exhibit encompass the site as very much part of their decision making on what is seen and exhibition making becomes a medium itself through its consideration as a substrate, a layer onto which further layers are added. Pierre Huyghe’s retrospective at the Pompidou Centre, Paris in 2014 comes to mind, where Huyghe constructed his show on top of the remnants of the previous show – structures and surfaces left partially intact and visible. 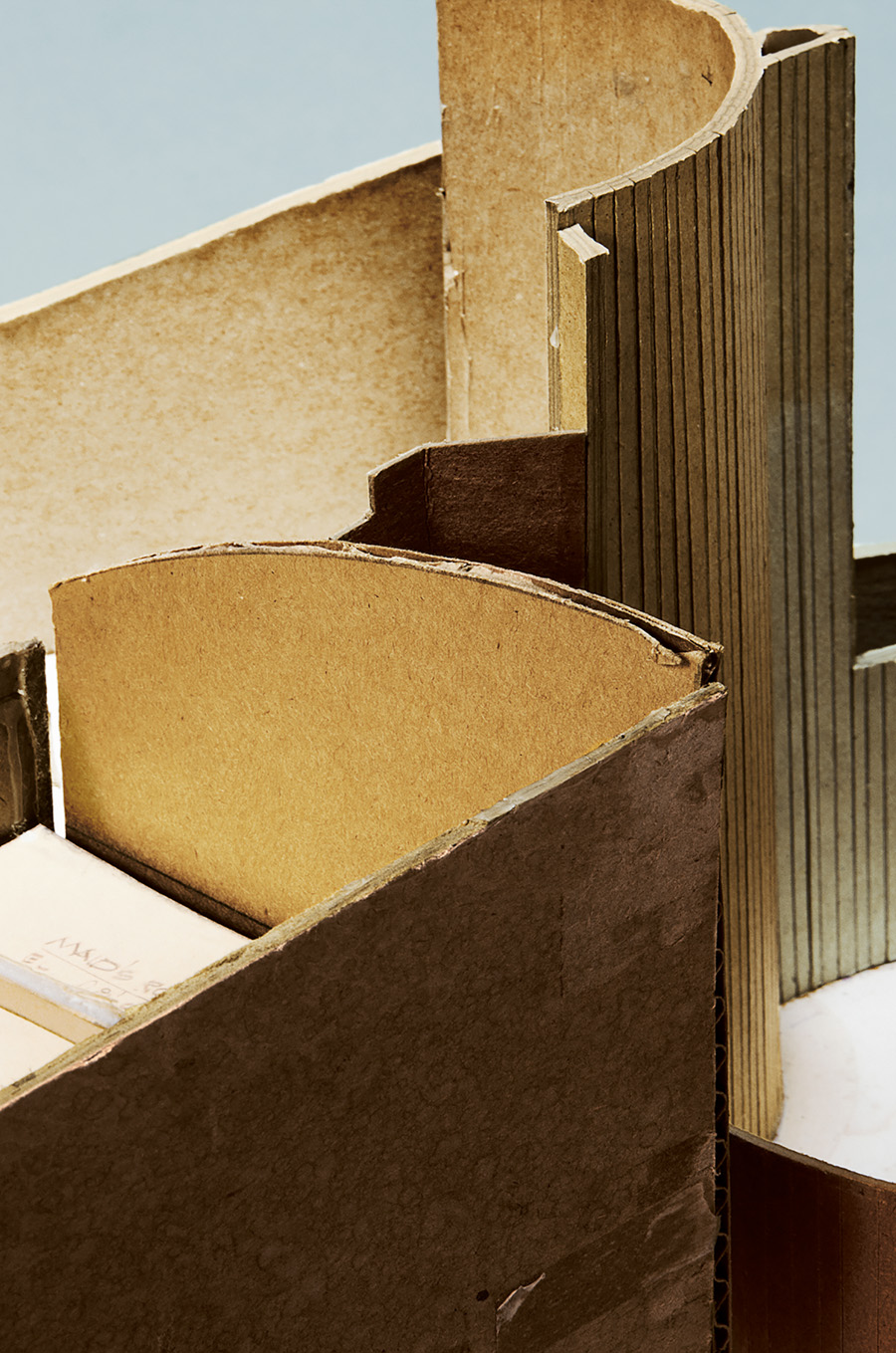 The Venice exhibitors were confronted with, as is the case in Venice, an ornate space replete with the grandiosity expected of such a location. Yet this presented an architectural inversion of sorts, where spaces were collaboratively designed and re-inserted over the existing space to constitute a stage and the artist works within – all functioning as an installation of sorts. Thomas Demand was joined in this project by filmmaker Alexander Kluge, designer Anna Vierbock and curator Udo Kittelmann. The exhibition could be read as an interdisciplinary conversation between the four, based on architecture, construction and artifice as vehicles onto which their entwined realities were imagined. If we are to consider this as their shared interest, it becomes completely plausible that such a venture should take place when each was invested in some form of construction. 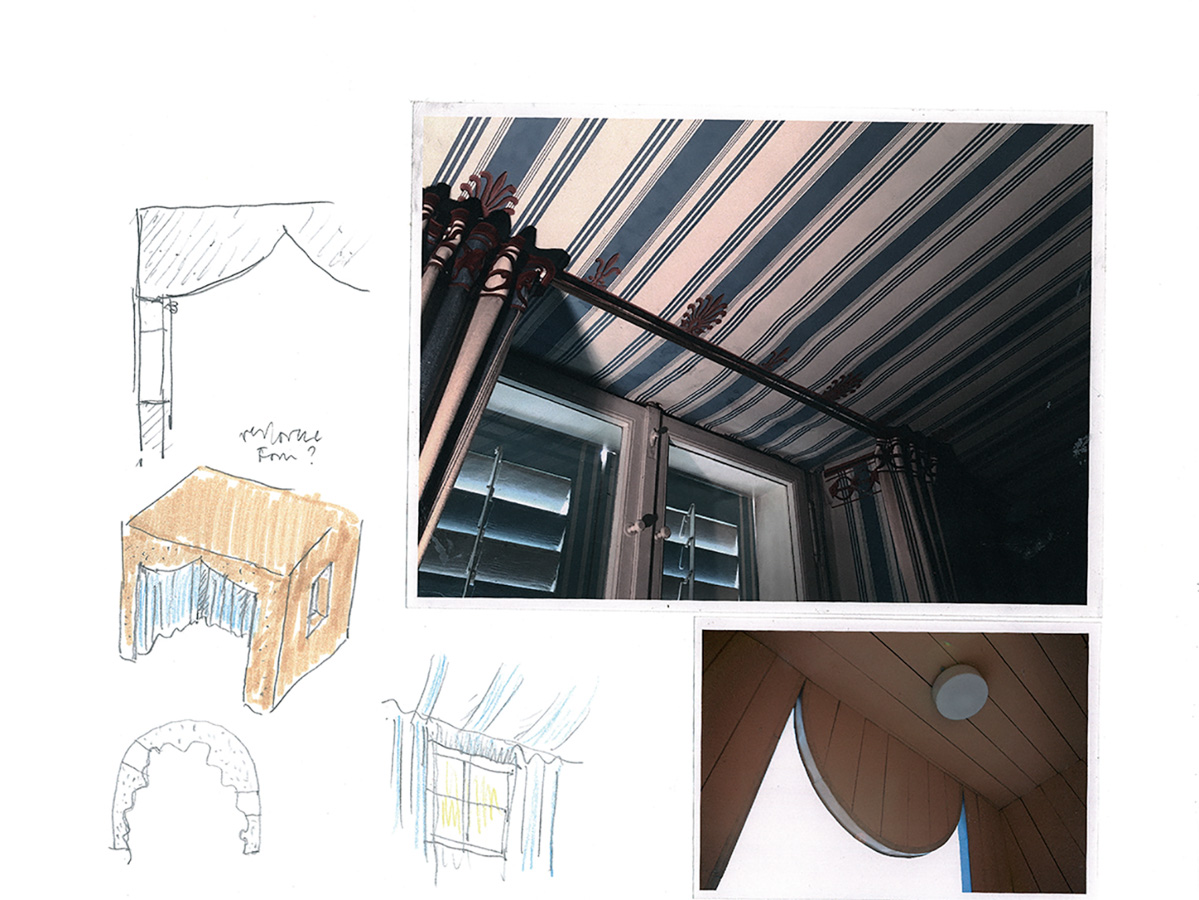 The consideration that architecture is a process undertaken by many more creative producers than the term’s typical usage implies seems apt for the aforementioned exhibition project but also as a terrain in contemporary art increasingly claimed by interdisciplinary practice, take Forensic Architecture for example. In my own, presumptuously elementary definition, to architect is to design and build a schema by which space is occupied and ideas realised. If that is the case, Thomas Demand’s work is profoundly architectural in his paper constructed models subsequently photographed and, albeit, destroyed. However, his work is mostly discussed in the context of how his images question the role of the medium’s faith in depicting reality, lets return to that later. In any case, in conversations about art it is the end products that get the airtime with processes being somewhat skimmed over. 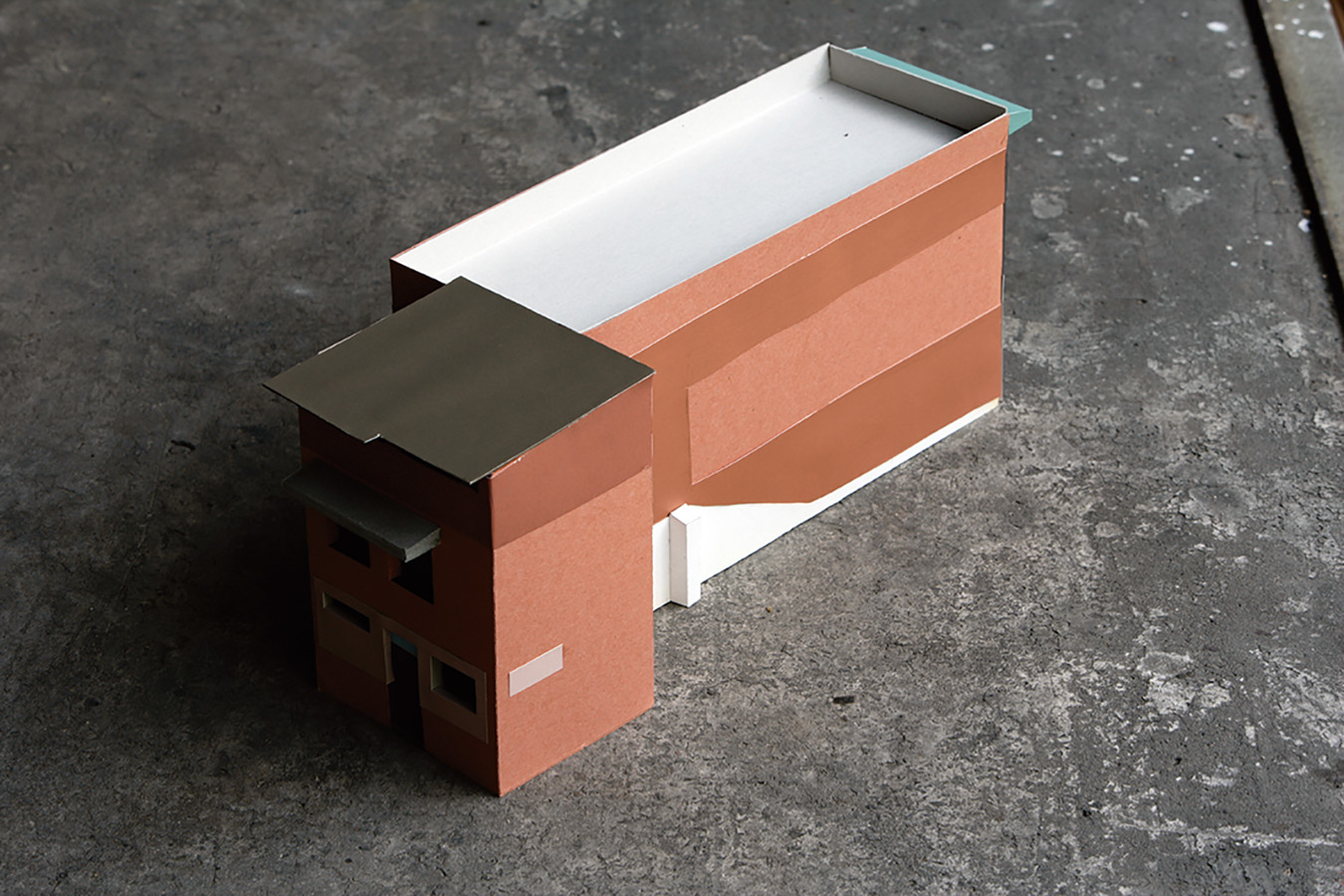 In this respect, House of Card on MACK, constitutes a slight detour for Thomas Demand, and us, as fans of his work, where he both presents his fascination in architecture and modelling and applies it to the elements of “real world” architecture and his own recent departures from the work we usually see – the (re)constructive photography of allegory. The book is almost brick-like itself, a catalogue for the exhibition of the same name at M Leuven in Belgium curated by Valerie Verhack. There are works by Demand as well as strong elements of content which underline the interdisciplinary nature of his practice. There are extensive essays by several scholars: architects, curators and an architectural historian, conversations including one with David Chipperfield and Hal Foster and an artistic intervention within its pages by Rirkrit Tiravanija.

“Demand found in Lautner’s dusty models a way of problem solving and working through designs even though these were for Lautner’s building proposals that never saw realisation.” 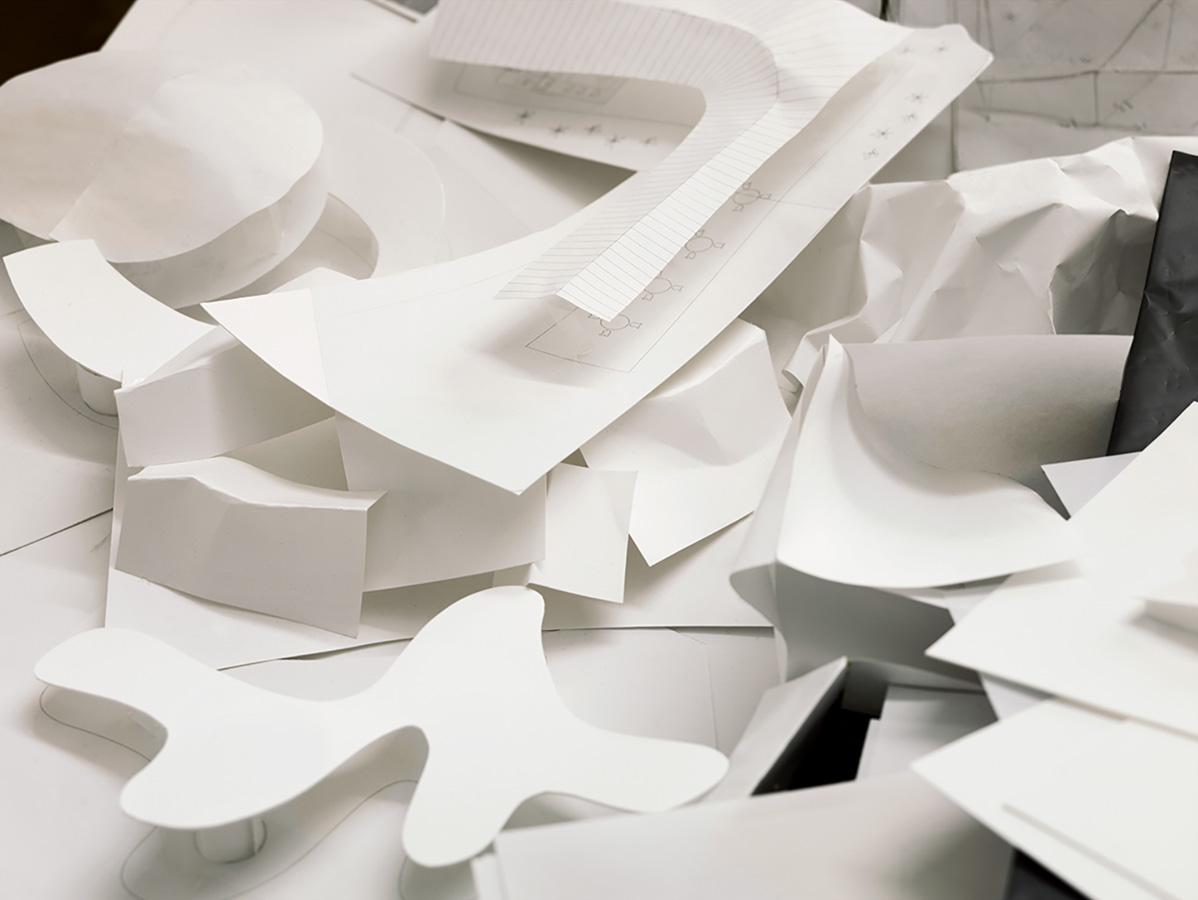 What gradually becomes clear is that this is a book that provides an insight into the nuts and bolts of Demand’s practice, a prologue to the artifice he creates with his highly finished photographic pieces. The departure point and the focus of this review is ‘Model Studies I’ where the artist re-visits the archives of architect John Lautner (1911-1994). Lautner, who is celebrated for his high-end modernist residential buildings was the architect of the Elrod Residence in California famously used in the James Bond film ‘Diamonds Are Forever’. Lautner’s archive of models stands in contrast to Demand’s card constructions for which there is no archive. For Demand, in accessing these archives there were several discoveries: agedness and deterioration, signage, markings, the model as a document and record. There was the appreciation of the model as a form of knowledge making in addition to its function as representational form for the purposes of illustration. 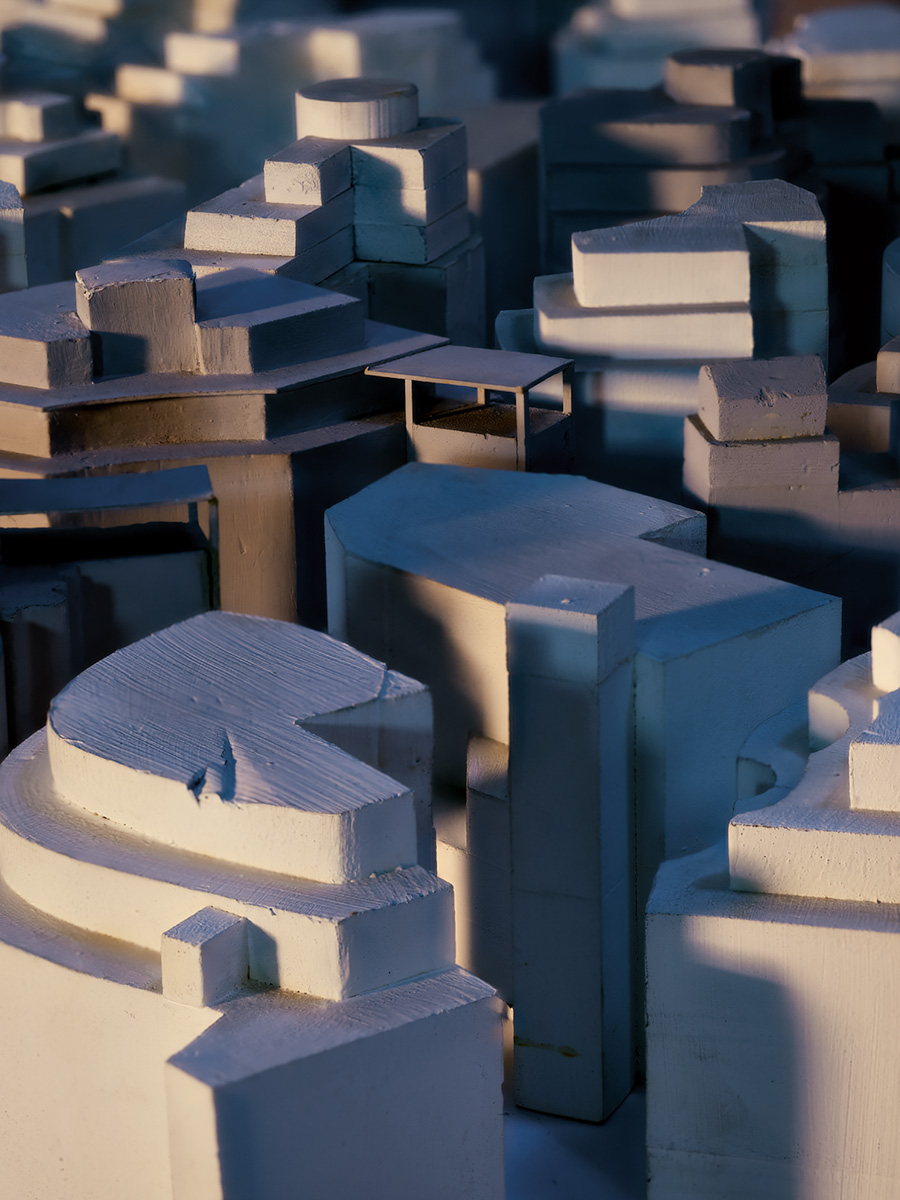 It seems obvious to say that in the disciplines of science, engineering and architecture modelling goes beyond representation. It is a form of simplification, an abstraction in order to understand patterns, experience or behaviours but also the creation of a simulation ready for analysis or appraisal. Demand found in Lautner’s dusty models a way of problem solving and working through designs even though these were for Lautner’s building proposals that never saw realisation. When we think about art, we often consider the artist as arbiter of some unique vision or idea which is transformed into form. Yet, many artists also use their work to help resolve real-world questions they have for themselves. Perhaps this diversion for Demand is a retrospective step towards understanding his own relationship to the modelling process, something which after the creation of the photographic image is not normally considered further? In this exhibition and book, which extends beyond the Model series with other works featured such as Embassy (2007), Black Label (2008) and Nagelhaus (2010), a circle is completed in Demand’s practice. If we imagine the photograph as a depiction of a model, where discrete elements are left out as well as being kept in, we may realise the similarity in that it may not be just a representation of real life but something more useful, a powerful reference to it for the purposes of our own elucidation and knowledge refinement.