“We do not like to view images of elderly citizens from the vibrant position of youth or mid-life. There is is taciturn position in our collective youthful spirit that opts out of the discussion”

Old age isn’t something you often see depicted purposefully in photography. It is marginalized age and the stories that do circulate it seem to cater to loss, hospitals and the cruel turn of the worm in the apple of life-namely, death. We do not like to view images of elderly citizens from the vibrant position of youth or mid-life. There is is taciturn position in our collective youthful spirit that opts out of the discussion. We know there is an inevitability in ageing and that its very image serves as a reminder of what lies just ahead of the turn in the proverbial road of our own lives. Tooth decay, enfeebled control of our limbs, a sagging refusal of our skin to un-wrinkle or unfold-these are just some of the physical attributes that refute our attraction. And yet, with ageing comes great ability if one’s faculties remain a constant. 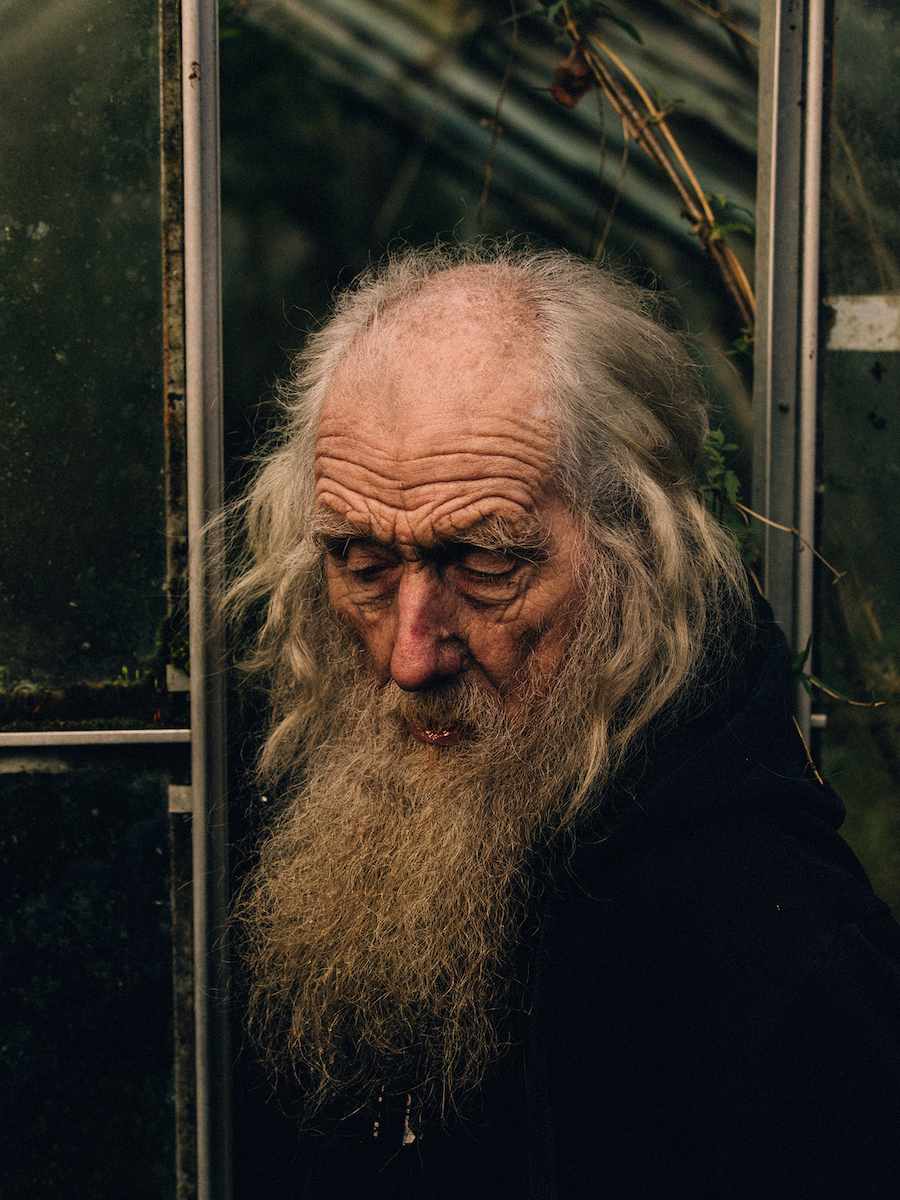 In old age we are gifted with an accumulation of our deeds hopefully spent well and those deeds and activities that are at the core of how we combat our end fearlessly give great perspective. If you think about it, the aged are the most fearless of us all. They are not ignorant like the young child of an impending fall. Instead, they are tracking it in their body like an explorer-each pain or cough a possible telltale sign of the inevitable. The calendar swings backwards and time folds in. We measure our days by our grimaces and simple smiles. We count each day as a positive, each passed evening revealed as another morning to rise and to be brave and exist a little longer. 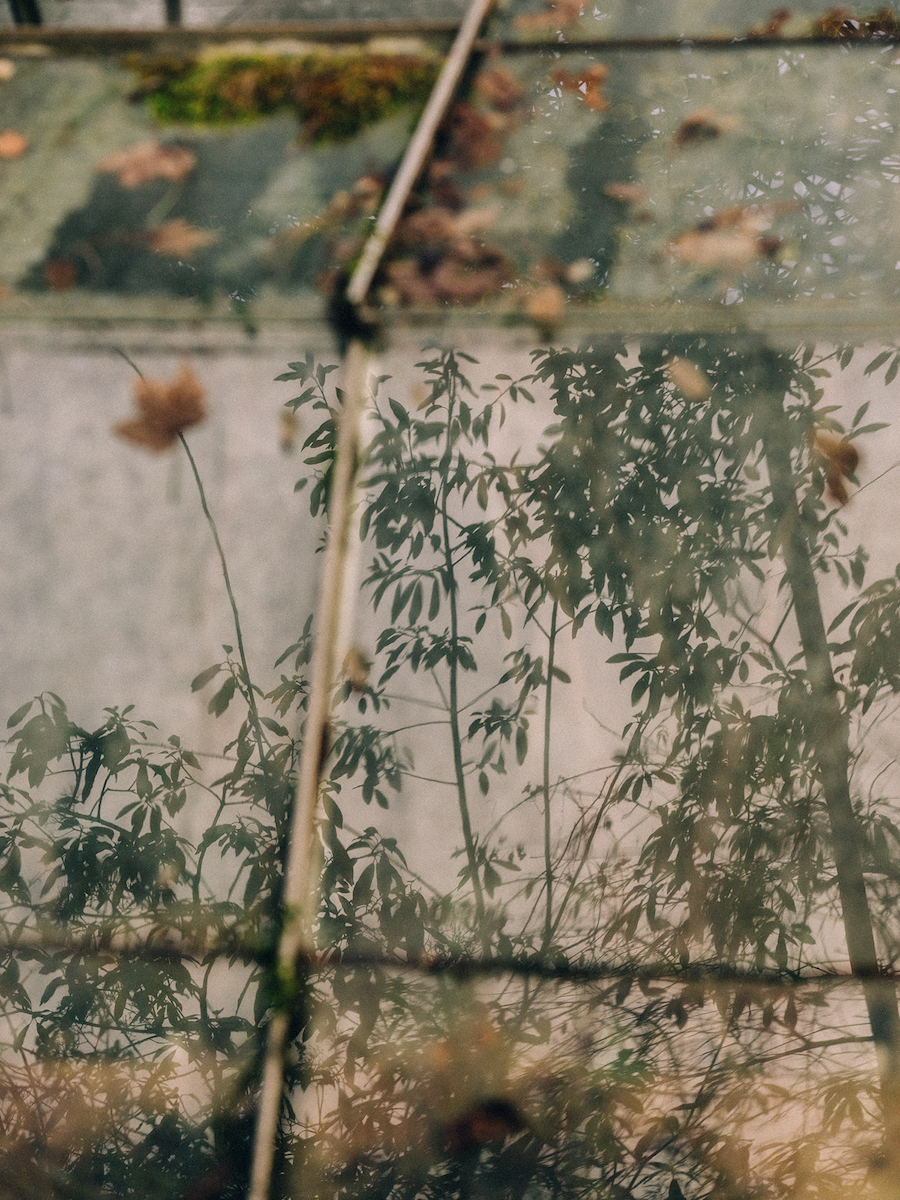 If we are lucky, we have pursued a passion in our life that allows us to remain active. We believe as an endgame that we wish to retire, to unwind and to relieve ourselves from our vocations. Perhaps we simply want to do nothing for awhile and bask in the light of day, go for long walks and talk to the clerk at the post office about the weather. But one can only devote themselves so long to these pursuits without boredom slowly creeping in and it is the boredom that drags the system down. It is boredom and inactivity that shutters our open window to the world with television and useless and endlessly mind-numbing discussions about politics, gameshow appetites and the nonsensical hustle of youthful folly. To remain active is to combat the pressure to forget and the pressure to decline once past the primacy of our “productive years”. The active elder remains wise, but also remains longer. 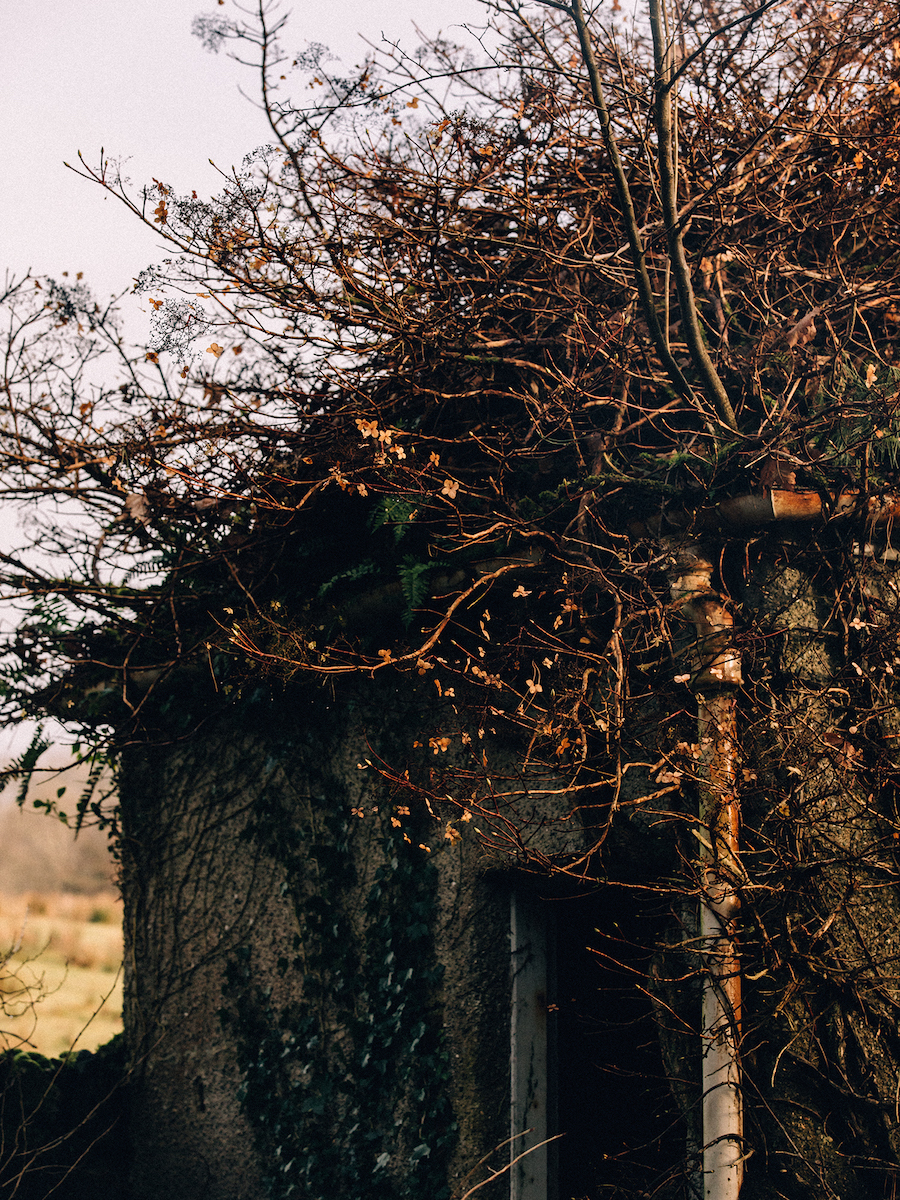 In the Case of Robbie Lawrence‘s exceptional A Voice Above the Linn (Stanley/Barker, 2020), the emphasis is not solely on the act or merits of ageing, but rather, it is a book about Jim Taggart whose life and work devoted to gardening and botany have given him along with his departed son, a sense of purpose. Taggart Sr., who has since passed on, had managed a garden on Scotland’s Rosneath Peninsula known for its subtropical climate. Taggart was able to import many different non-indigenous species of plant’s to his estate and managed through his toil to create a sacred space in which he found solace in his efforts. The garden, with its paths and exotic species also became a monument to his son Jamie. 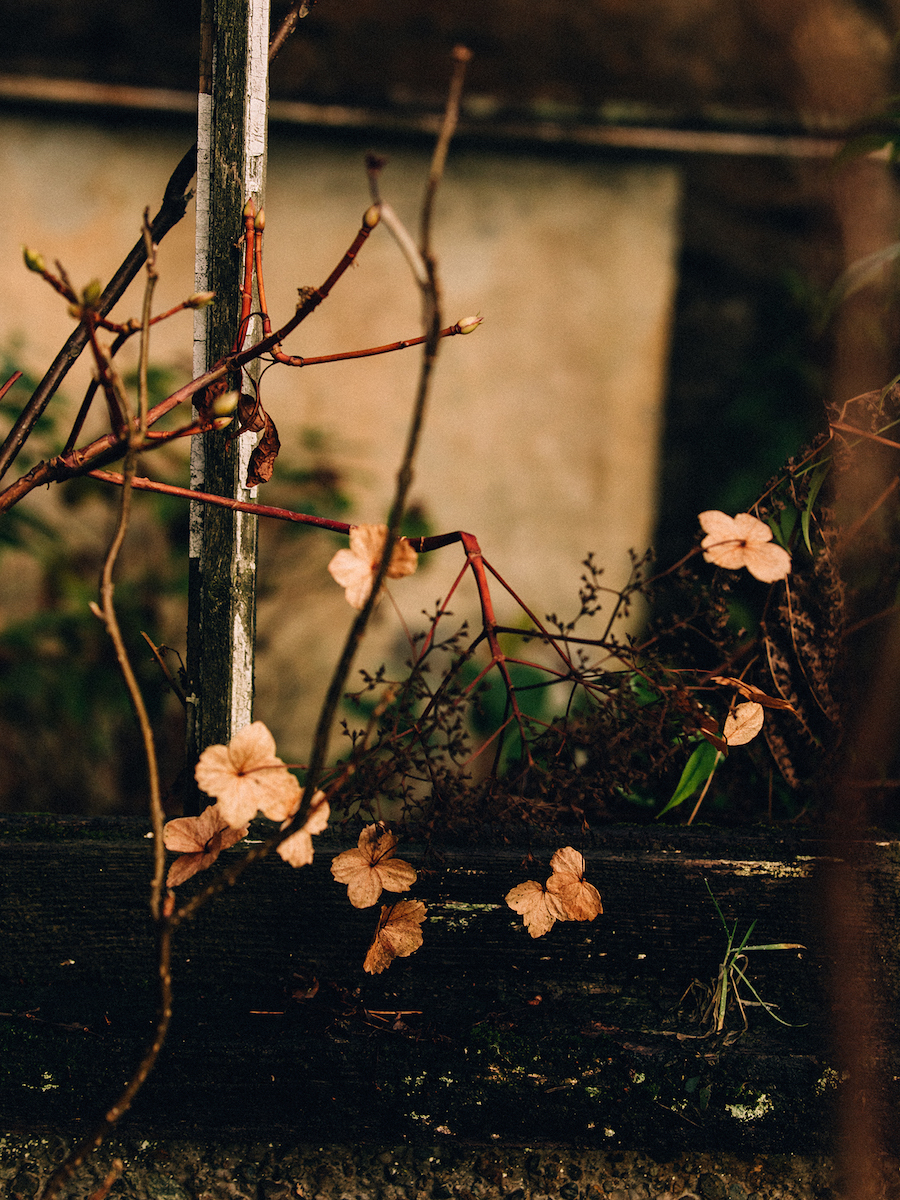 Apart from the joy of working with flora from around the world imported to Jim’s Linn Gardens, the estate also functioned as a space to honour Jamie, Jim’s son who was killed in an accident while gathering exotic plants in Vietnam for the garden. Jamie had taken up his father’s efforts to sustain the garden with new plants that could grow in the subtropical climate. His father’s advancing years meant that he was able to tend to the grounds to some degree, but the more adventurous gathering of new species in rough terrain such as the mountains of Vietnam had been left to Jamie whose final trip to the country had resulted in his disappearance and the eventual repatriation of his remains years later after being found on a high mountain pass. Jim’s work, as much as it is about solitude and botany is equally about the need to remember.

“…the grounds also functioned as a space to honour Jamie, Jim’s son who was killed in an accident while gathering exotic plants in Vietnam for the garden” 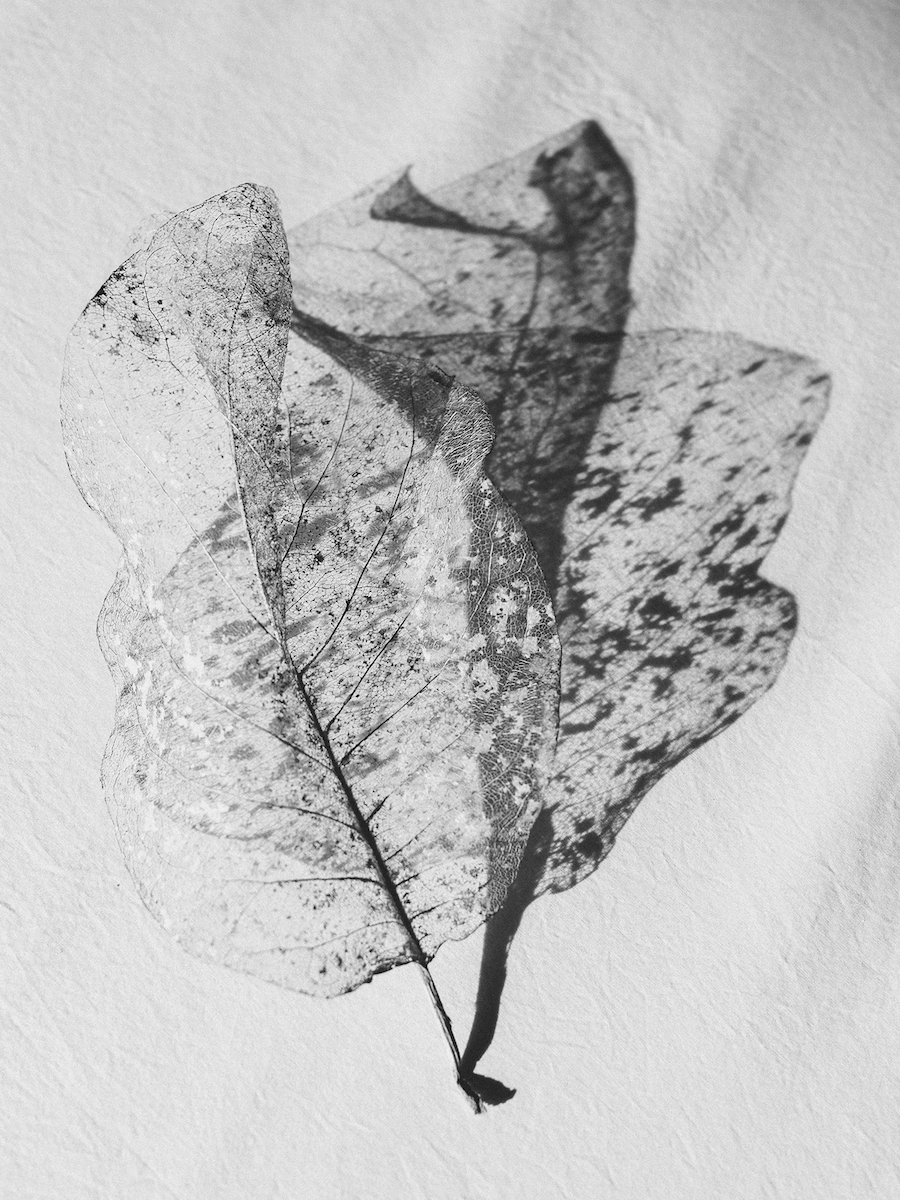 A Voice Above the Linn is a special book. It extends a larger conversation about discordant trauma, memory and the will to continue on living when others cannot. It is about the beauty of a particular Edenic geography in Scotland as much as it about one man’s quest to be at peace with life and nature through his efforts. The book is filled with graceful passages of Lawrence’s gifted eye for the hues of orange and a sepia colour tonality which has an elysian quality that serves the purpose to remind the audience of what has always been at stake from those drinking deeply from life’s well. Jim and his garden are reminders of how to approach our immediate environment with the task of fulfilment and the task of empathy. Lawrence’s images are firm reminders of the thirst for life that occupies the mind’s of cogently living. 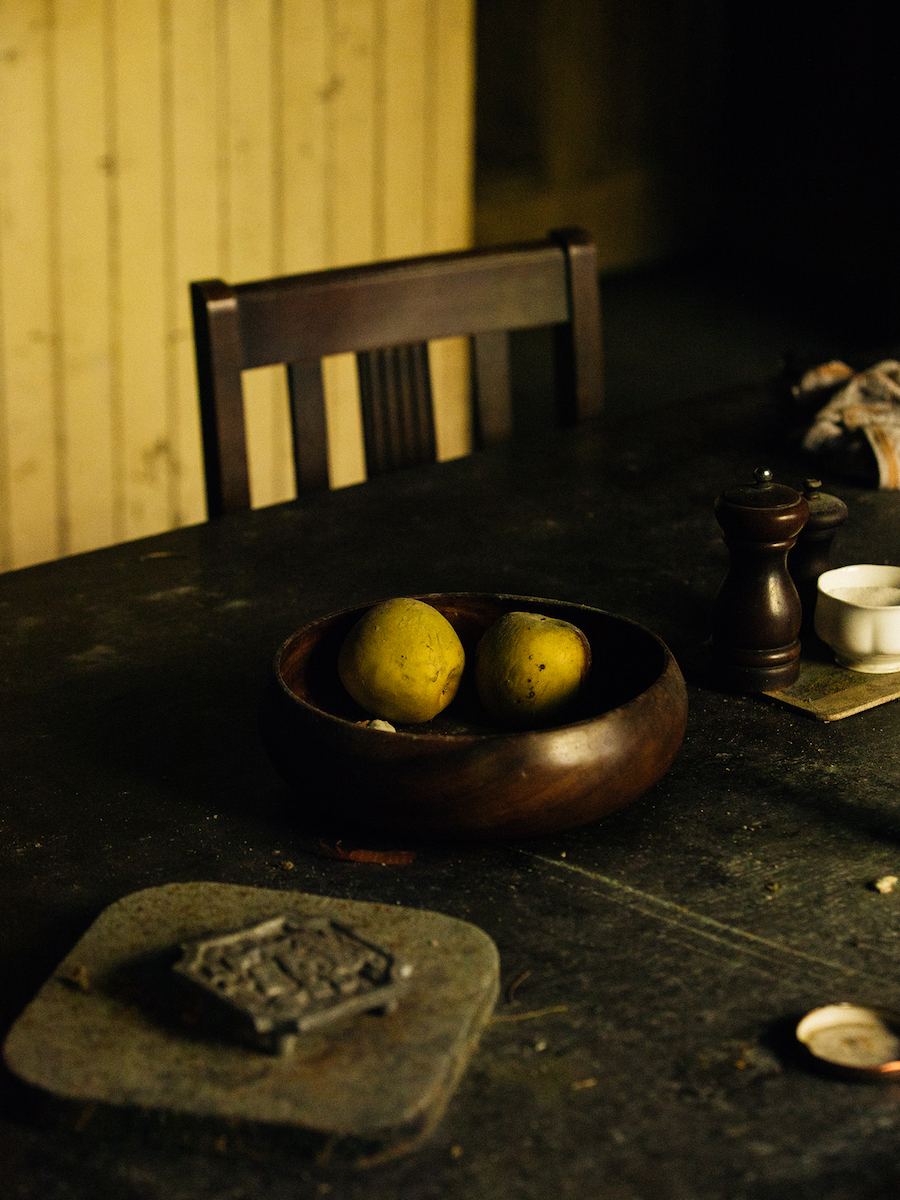 Though there is a story within the story, A Voice From Above the Linn offers a beautiful nearly beatific study of Jim. I am reminded of Henry Taylor’s portrait by Julia Margaret Cameron often throughout the book and the Linn Gardens themselves feel nothing short of magical-a space in which to ruminate, but also a space that gives through its charms and willingness to exist out of an unnatural climate. It could be an apt metaphor, these gardens for Jim’s lament. John Burnside also provides the text, which is about as perfect as it can get in terms of synthesis between text, subject and image. Lawrence’s own voice is clear and the results of the book are formed from a deep empathy with his subject and the result is a graceful notation about life, place and the purpose of never giving up or in to our age or sorrow. Highest Recommendation.

A Voice Above the Linn