“Berlin is a peculiar and magnetic geography…There is no real heavy concentration of a “center” or “downtown” though there are clusters of busier topographies within the city. For this very reason, it is easy to pass through Berlin in a very solitary manner” 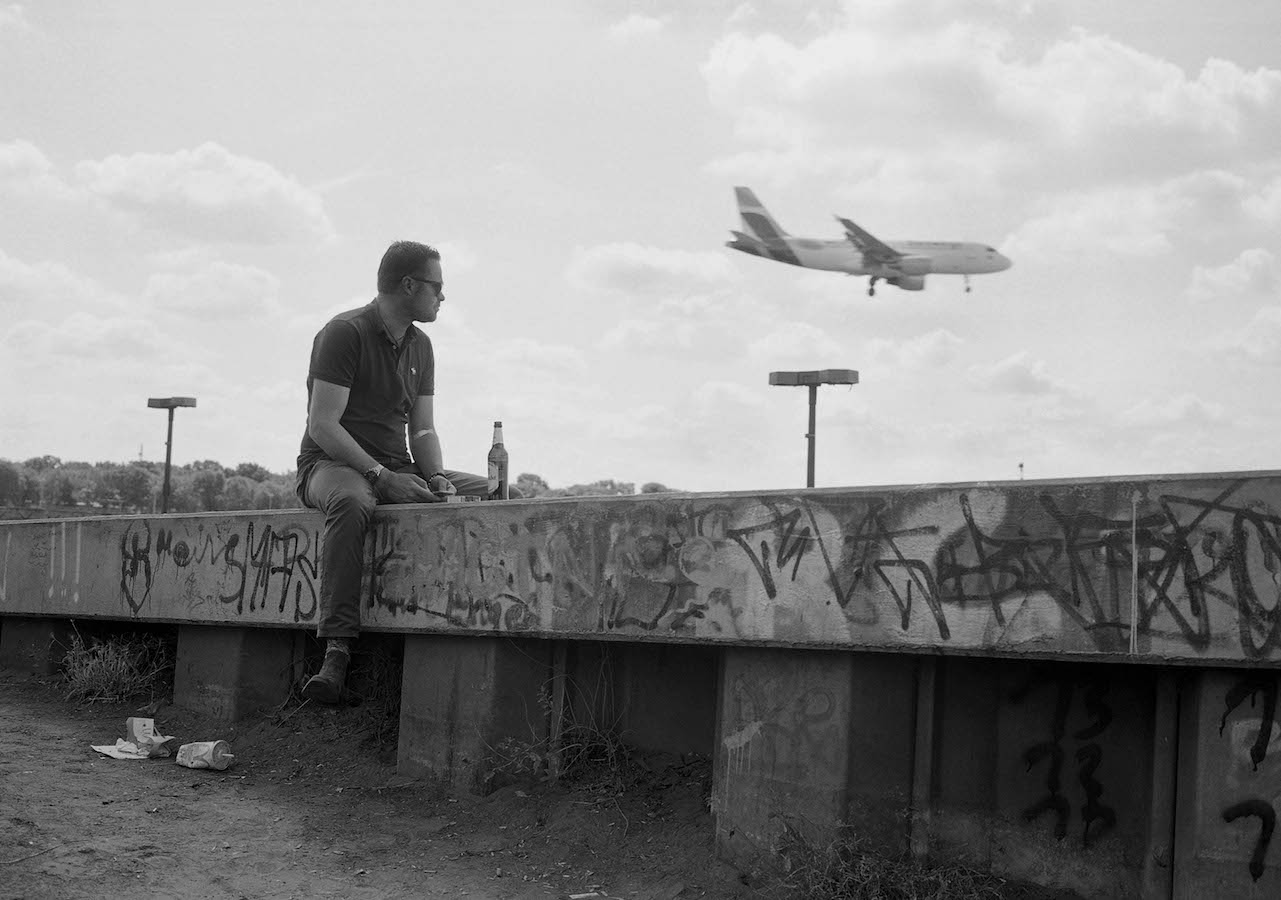 Berlin is a peculiar and magnetic bit of geography. There is something wide and expansive about its streets and cartography that is not found in most capitals. This is in no doubt due to the city’s re-building and point of division that occurred after the Second World War. There is no real heavy concentration of a “center” or “downtown” though there are clusters of busier topographies within the city. For this very reason, it is easy to pass through Berlin in a very solitary manner without the bustle associated with cities such as London or Paris. In Berlin, you can walk the Spree and see the last vestiges of squat culture rising from the its banks. You can find odd and incongruent patches of space-hinterlands that seem to have formerly spoken of a function, but now lie dormant and compelling. These lots, adjacent spaces and often haunting empty patches of land suggest a former presence, but also give way to an arm stretching without rebuttal. The land that once occupied the notorious “Death Strip” between ideologies is a reminder of this. Though it has been mostly taken over, this land is perhaps a great example for how Berlin “feels” at times-empty, expansive, yet tinged with a pulsing anxiety underneath it all. 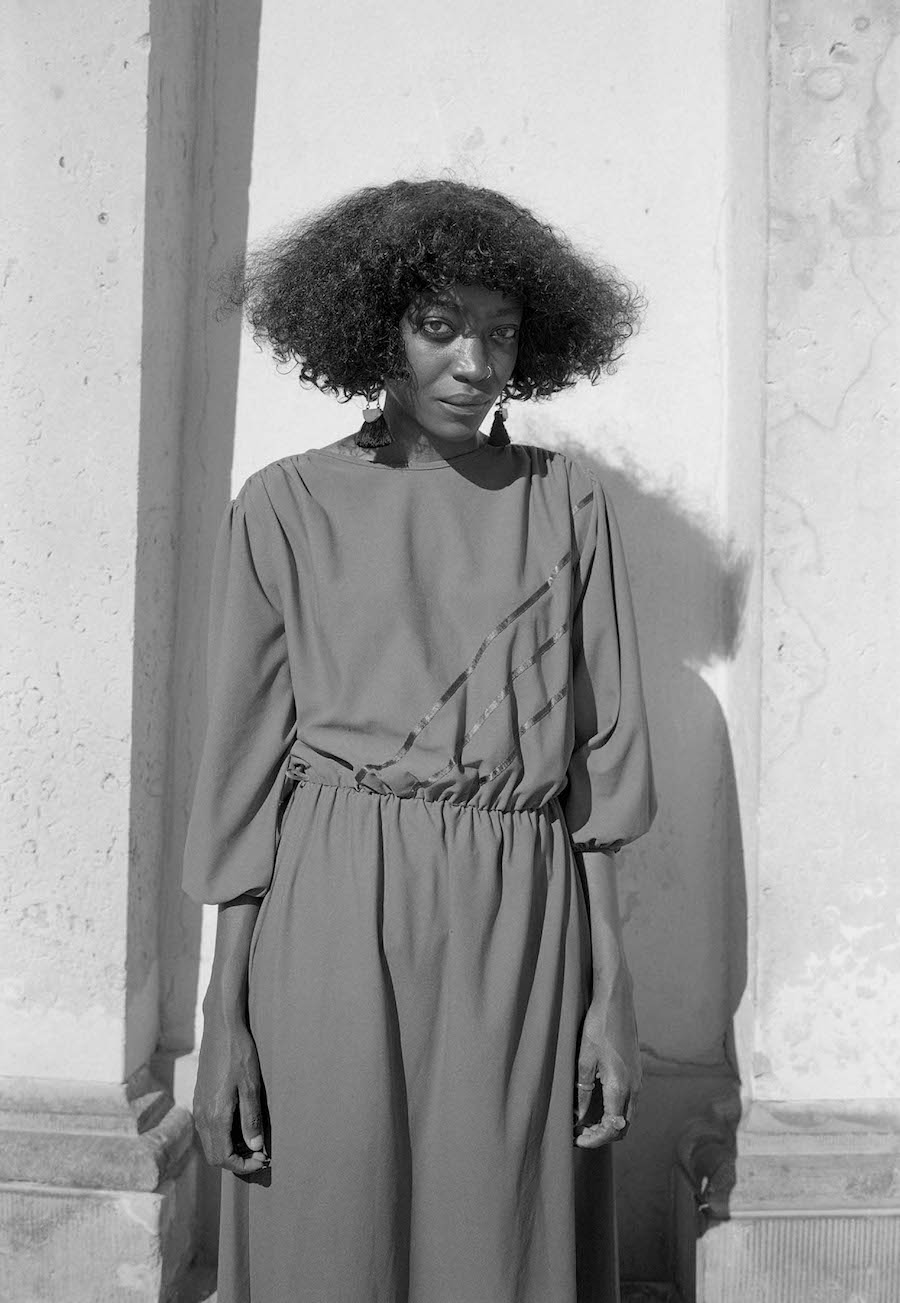 Berlin has been covered quite heavily over the recent decade or so in photography books and bodies of wrok. The city seems to present a siren song of sorts for photographers. Rosa Smalen, Joachim Brohm, Jörg M. Colberg, Andreas Gehrke, Eva Maria Ocherbauer, Mike Slack, Paul Graham amongst others (cough cough) have all made work or books devoted in some ways to Berlin. Of particular note is the American fascination with the city which stretches back to the 70s and 80s with work by John Gossage and many of the others who claimed a piece of photographic Berlin for themselves from the 70’s onward either through Michael Schmidt’s Werkstatt für Photographie or on their own accord. The city’s history and its relatively liberal climate since the early 90’s make for interesting work and on the American topic, there is the occupation and Cold War history that acts as a draw. In many of these volumes, history and politics are at the center of the discussion for obvious reasons and in some, so is the oblivion of cultural form that follows collective trauma-rave culture, fuck clubs and squat life have been a consistent focus. Often times, the focus is simply on the “idea”, the approximation of Berlin and its citizens which include all of these functions in the post-war/wall economy. 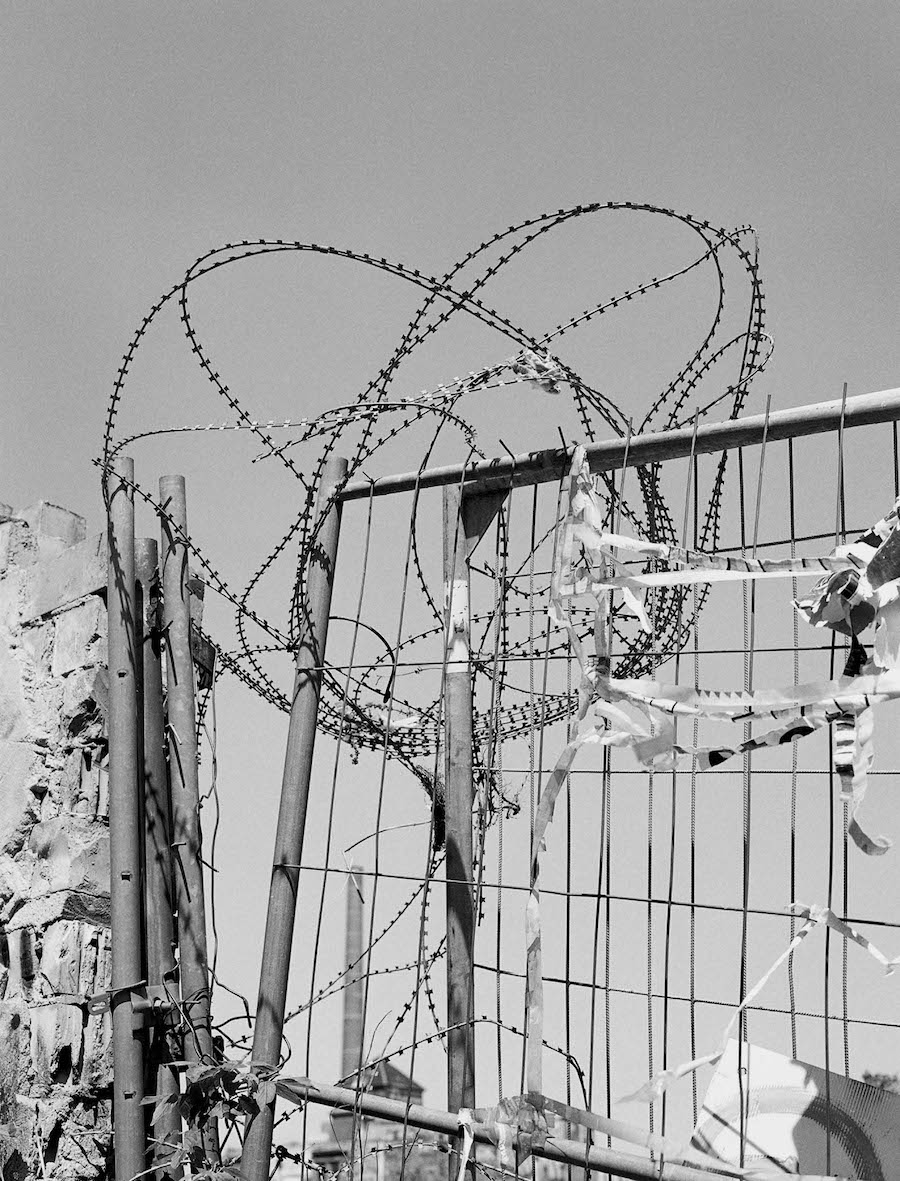 Mark Steinmetz is an American photographer whose work I consider to function as emblematic of the country’s pre-occupation with a sweet lucidity of self-examination that is coupled with a doubt sprung forth by class disparity and the effervescent quagmire of the American dream. It is with pleasure, that I am given a chance to examine his observations through the lens and subject of an all-together different atmosphere and country/city. Mark’s gaze is nothing short of empathetic and it is interesting to see how his eye reads the terrain of a city scaled to anxiety. In most ways, this book is a very Steinmetz affair. There is a heavy emphasis on the subdued grey scale found in most of his work. There is an emphasis on intimacy and place, but several other mitigating factors throughout the book shift the work towards being slightly different from most of the books that Mark is known for.

“There is an emphasis on intimacy and place, but several other mitigating factors throughout the book shift the work towards being slightly different from most of the books that Mark is known for”

With Berlin Pictures, Mark’s aesthetic shifts slightly. The general American-ness of his work registers differently here, though the warmth and vibrancy of his portraiture precludes a feel of this American-ness that I think of when reminded of his work-a close emphasis on intimacy and its “classic” potential played out between the arms of lovers. Perhaps this is Steinmetz-ness. And yet, with Mark’s work in Berlin, the endearing nature of his portraits is slightly skewed due to the place. There is a hint of bittersweet decay mixed amongst the stone and bullet-strafed wall. I was once told by a friend who had moved to Berlin that the city operates somewhat differently to other larger metropoles. 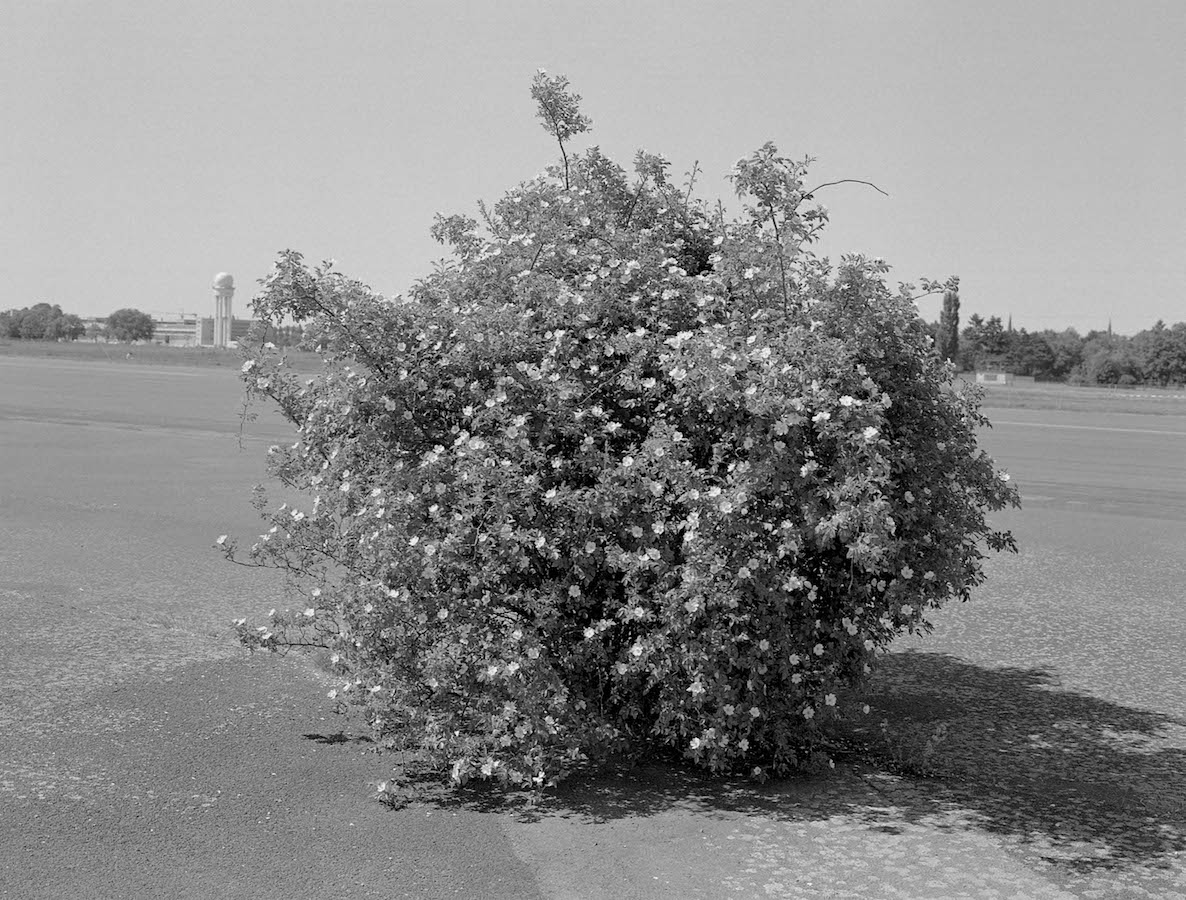 He recounted that with Berlin, people gravitate to the city to become lost, not to find themselves. They can dip their toe in and out of the social life as they wish, but due to its larger swathes of cityscape, it is easy to retreat and to avoid contact if one wishes. You see this with some of the portraits in Mark’s book and if you have maneuvered the city yourself. The disconnect is palpable as much as is the congregating effect of warm days spent in the park or on the grounds of Templehof. In some sense, this allows Berlin to function as something of an awkward church where sacrament is received and the flock moves amongst the concrete directly following-it is no accident Berghain or any number of the 72 hour clubs are likened to going to church. Berlin is ritual and then it is fleeting. 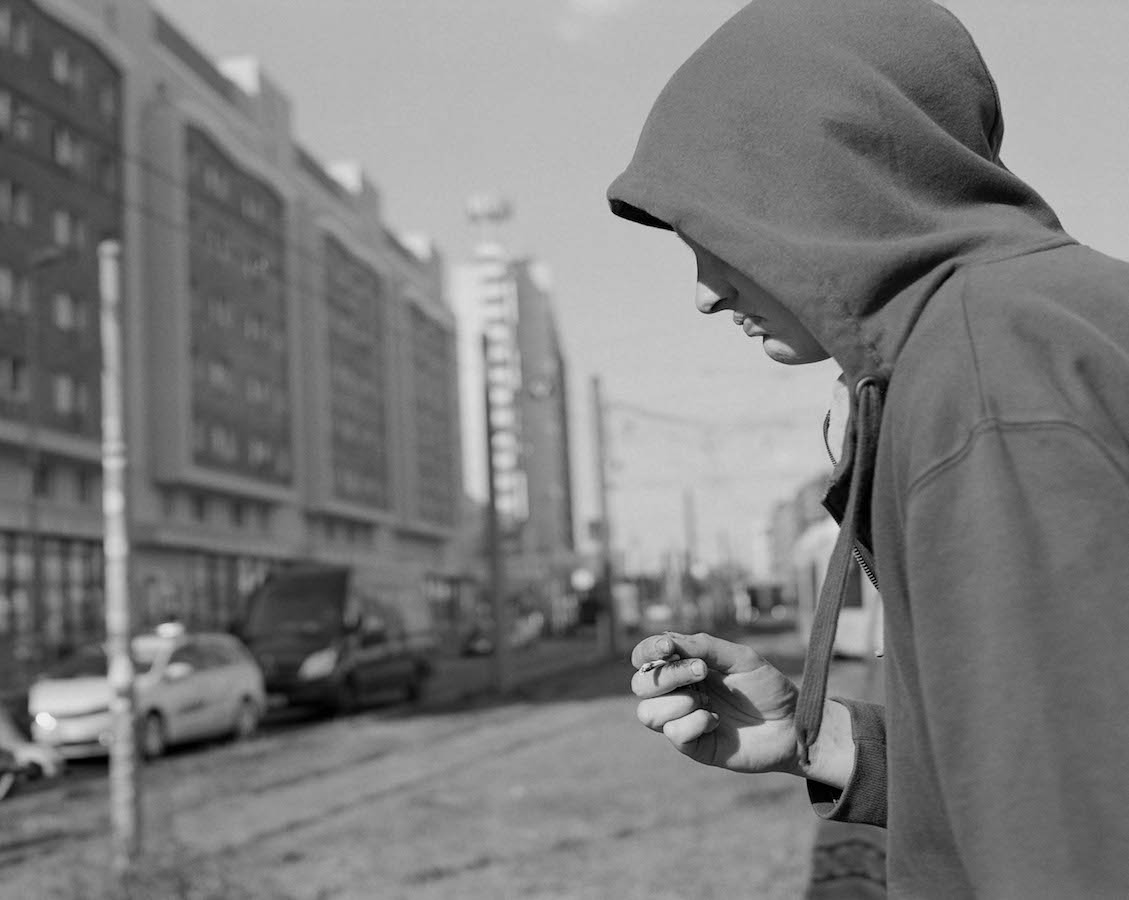 There is also something to be said for walking a city like Berlin and no doubt, Mark is perhaps best suited to an urban environment like this where a car is unnecessary and there are oddly idyllic vistas directly abutting rebar and hints of rubble under grassy knolls. This pedestrianism of Berlin gives the artist a great deal of passing fare to observe, but the city itself cannot be ignored. One can choose to spy its citizens in camaraderie or in their spectral presences as they fleet in front of the camera while crossing the street or the u-bahn entrances, but the u-bahn, the reichstag and the radio tower at Alexanderplatz remain semi-eternal. All of these features give loose observation to a place which refuses somewhat to be easily quantified in its post-war, post-wall condition. Steinmetz in Berlin Pictures creates and interesting footnote to the many books about the city. His eye becomes hardened like the city itself, but that hardening also lets it guard down on occasion and observes the sublime pockets of romanticism at its core-a Germanic trait in and of itself. Whereas the American dream ceases to exist in Berlin Pictures, care empathy, and considerations of empire and decay continue. 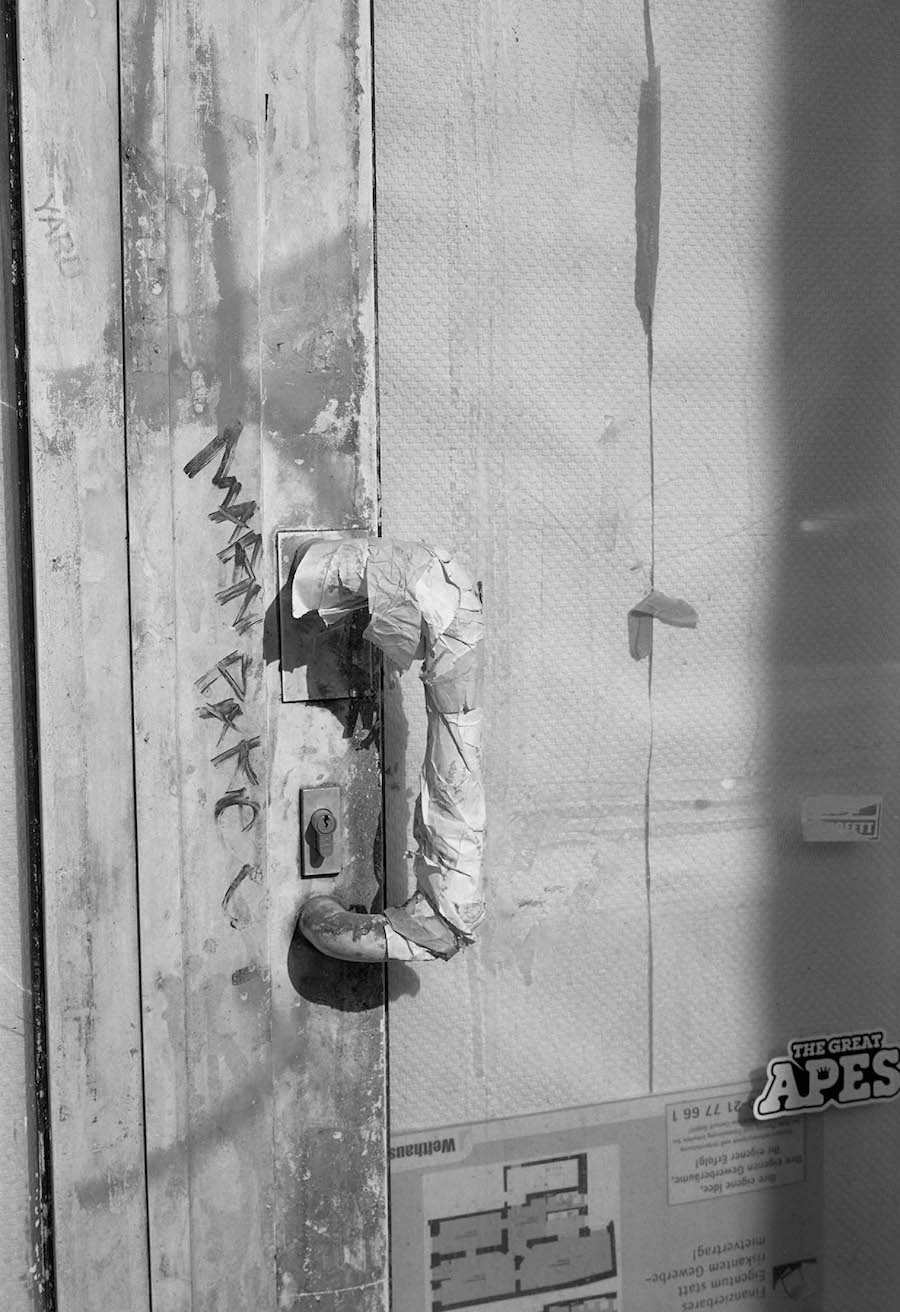 In the work, there are compressed frames of people and a penchant to recant an arborist’s dream. Trees occupy one of Steinmetz’s tendencies (see Italy) as do the images of people being locked in close embrace. This is one of Steinmetz’s crucial identifying features in his work-the common thread of his pursuit. His portraits are tender and otherworldly, close and yet still feature a proximity-a qualifying reserve of respect for his subjects. These images are made in passing and yet they feel extremely considered and consistent. The application of his aesthetic to Berlin creates an interesting schism where the tenants of the city’s haunting reach is interrupted by the artist’s natural ability to display intimacy and care within his work. 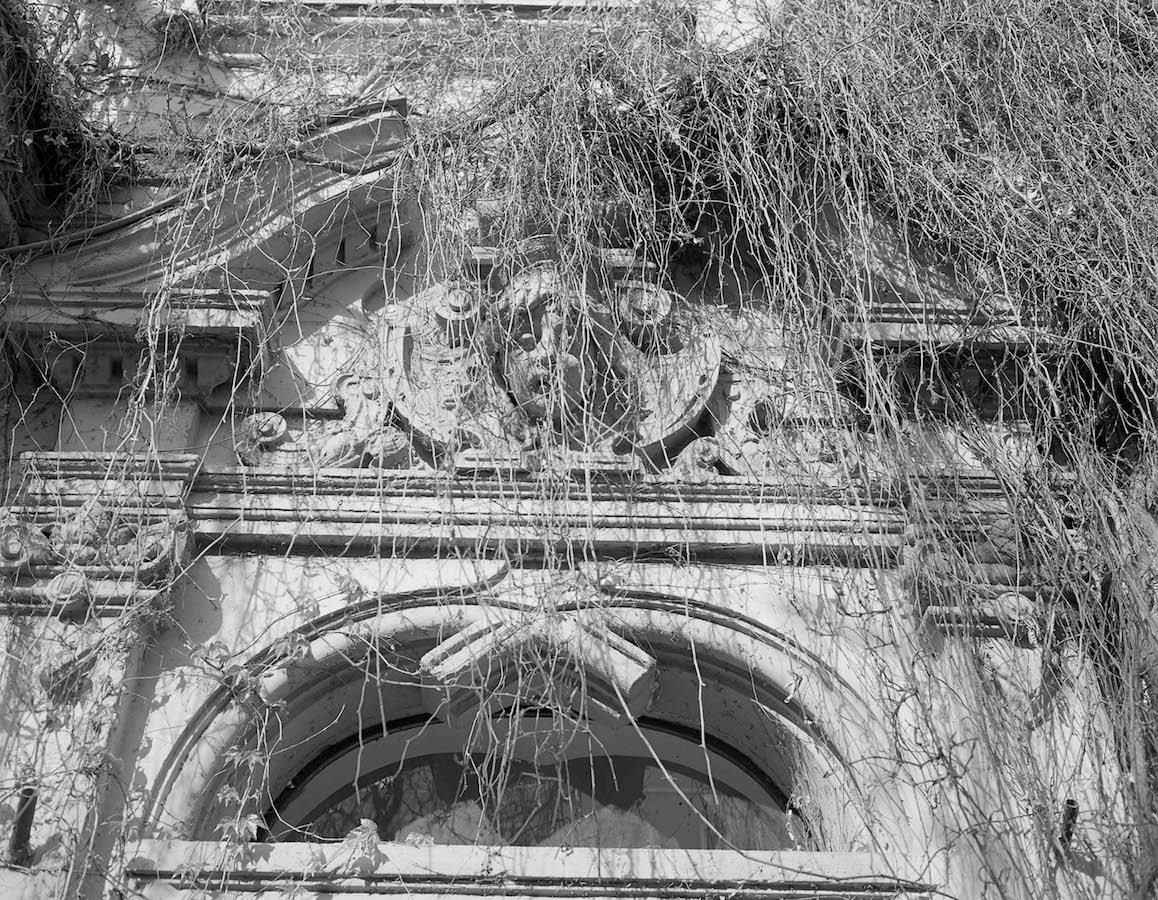 Though you cannot take the people out of the city, perhaps in some ways, Steinmetz can take the city out of the people. With Berlin Pictures, you can feel the intimate tendencies that Mark is known for. You can almost feel the Georgian air pervading and yet, there is an understanding, a reckoning with Berlin itself to hold it at once dear and at once distant. This will not disappoint Steinmetz aficionados and in some ways, mostly due to proximity of interest in Berlin, I feel it is perhaps one of my favorite books of his and that is saying quite a bit given how highly I praise his other work. Berlin Pictures is just different enough to add a new layer to the artist’s career and for that reason it should be prized. Highly Recommended