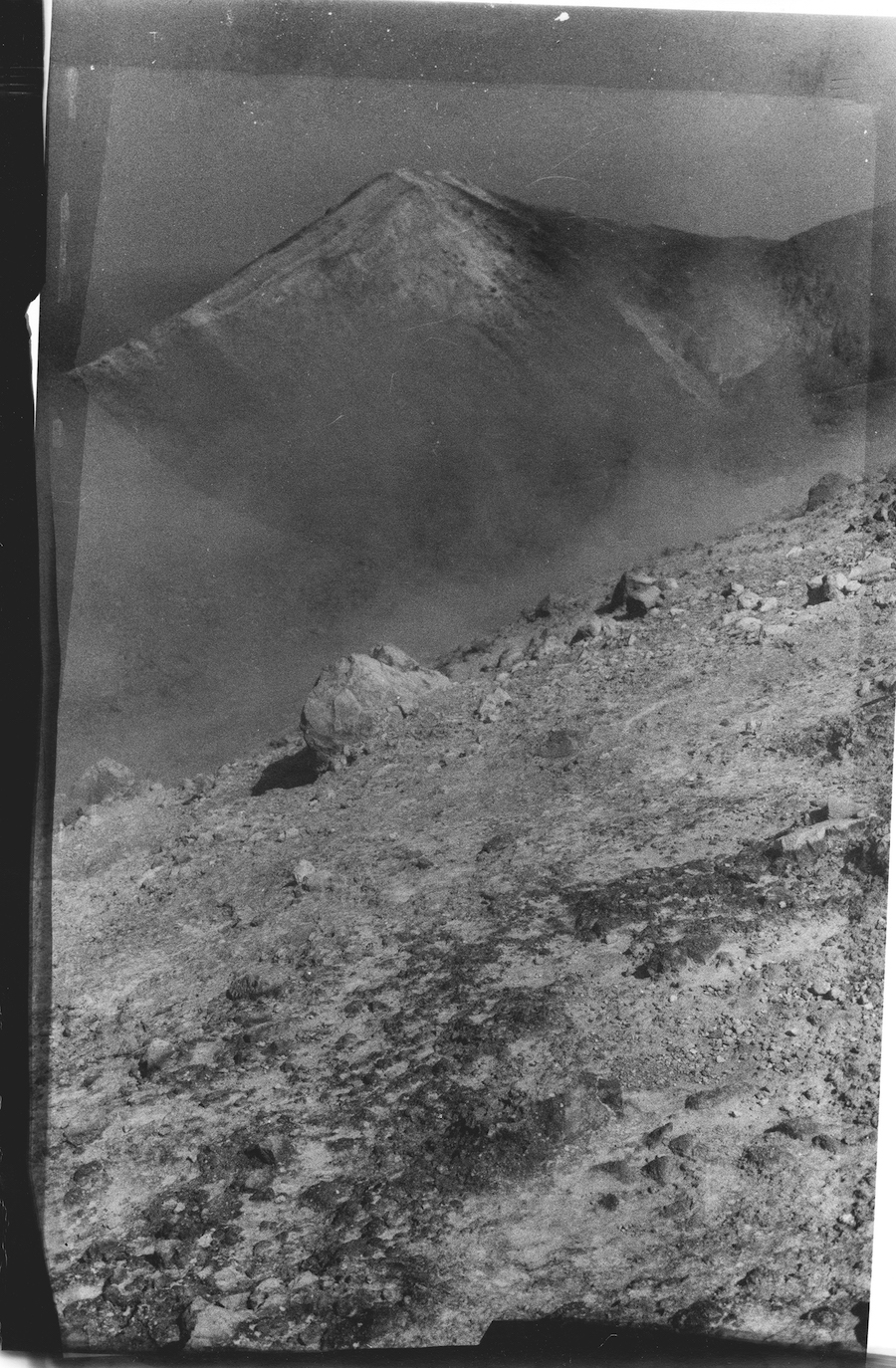 He and his men had turned to stone-a frozen grimace occupied the folds near the corner of his mouth, and their eyes glazed adrift upwards and fearful. Aside from the tales of witchcraft, which persist in every story without answer, the ether had constructed a menace with which the portent of their lengthy days found end. The sky trembled and the ground cracked releasing a long and enduring hissing sound-a novella sprung from Aeolus’ purse. This sound quickly followed with an asphyxiating gaseous emission which constricted the throats of local oxen and child alike. Before rune and alphanumeric scribbles formed an open expression of guilt, there was clay and a hand axe with which to recount the incident. 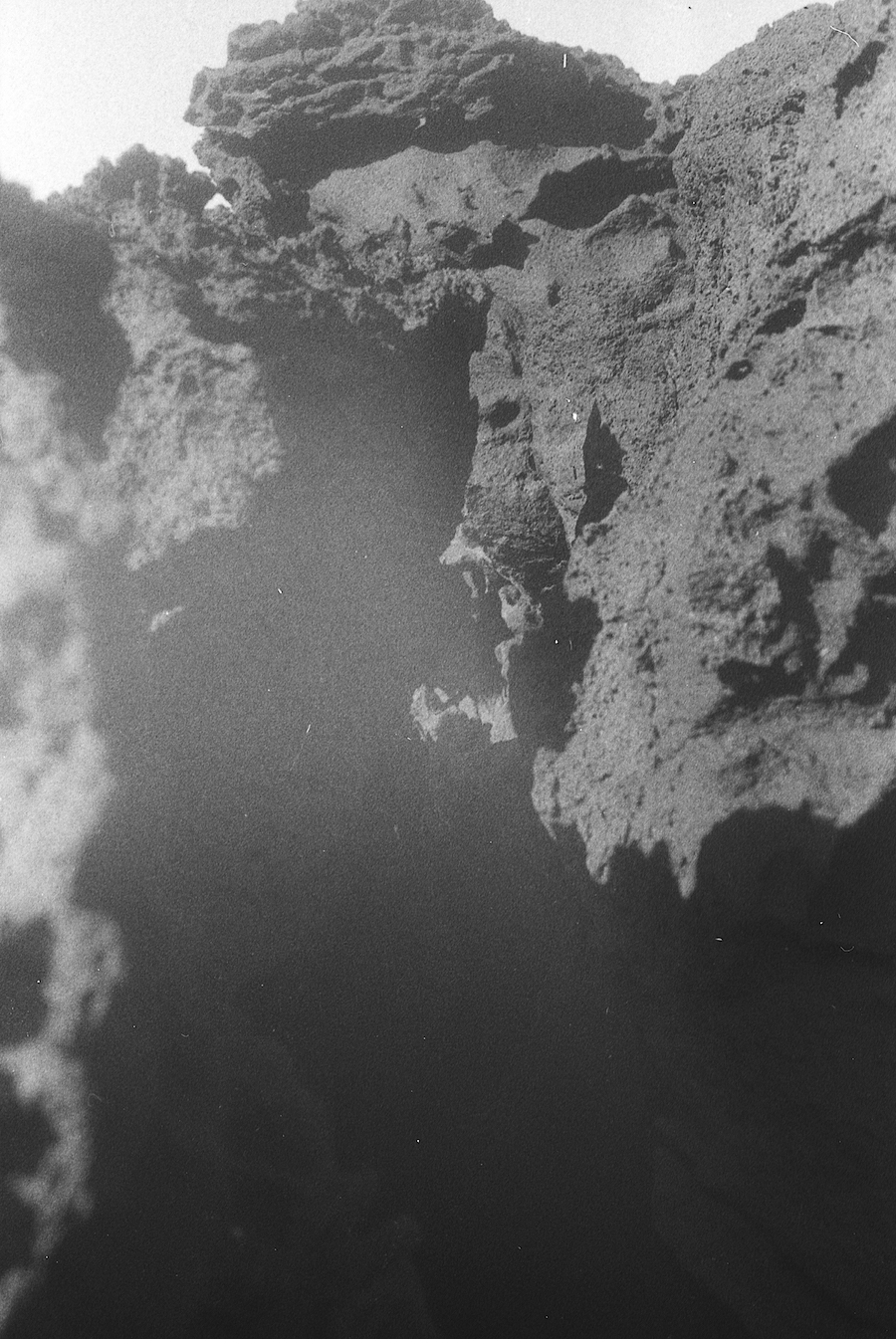 Excavations have uncovered Bronze age tools, a horse in full armour, one petrified tree and an upturned urn. The light poured sour salt from the sky involuntarily rotting all creature upon the earth under the sulphurous blanket that fell. Corner to corner it floated and settled gently like a noxious yellow-grey snow- a shroud with which to construct a new causeway for epic and long forgotten Gods and their mythology. Roaring chariots rode ablaze in the sky, the mid-nightmare full of fire, fiery with land and home trampled under foot. The sound was epiphanic if historical records account for even 10% of the perceived truth of the moment. 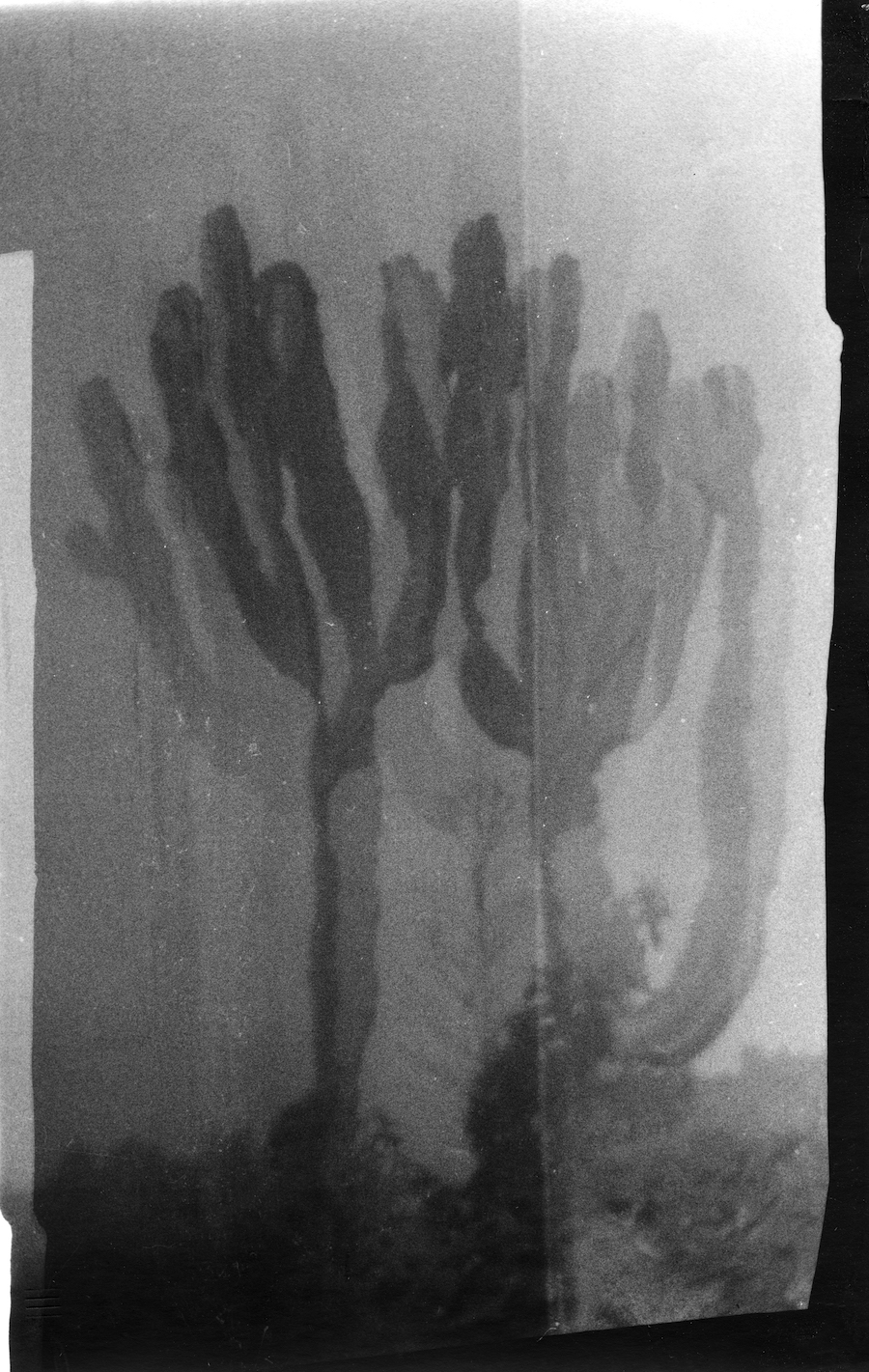 Everything here belongs to an age in which the murk of the falling heaven’s have covered walkways and patios burying homes under pumice and ash. Stuck under layer of hardened, yet porous pumice lay the villages and shipping vessels. Scuba drivers still churn bone and sunken wreckage from the caves just under the water’s edge some ten meters down. Sunny days reveal a glimpse of an odd golden ankle bracelet, femur dully welded to the bone. It is a rare occurrence. 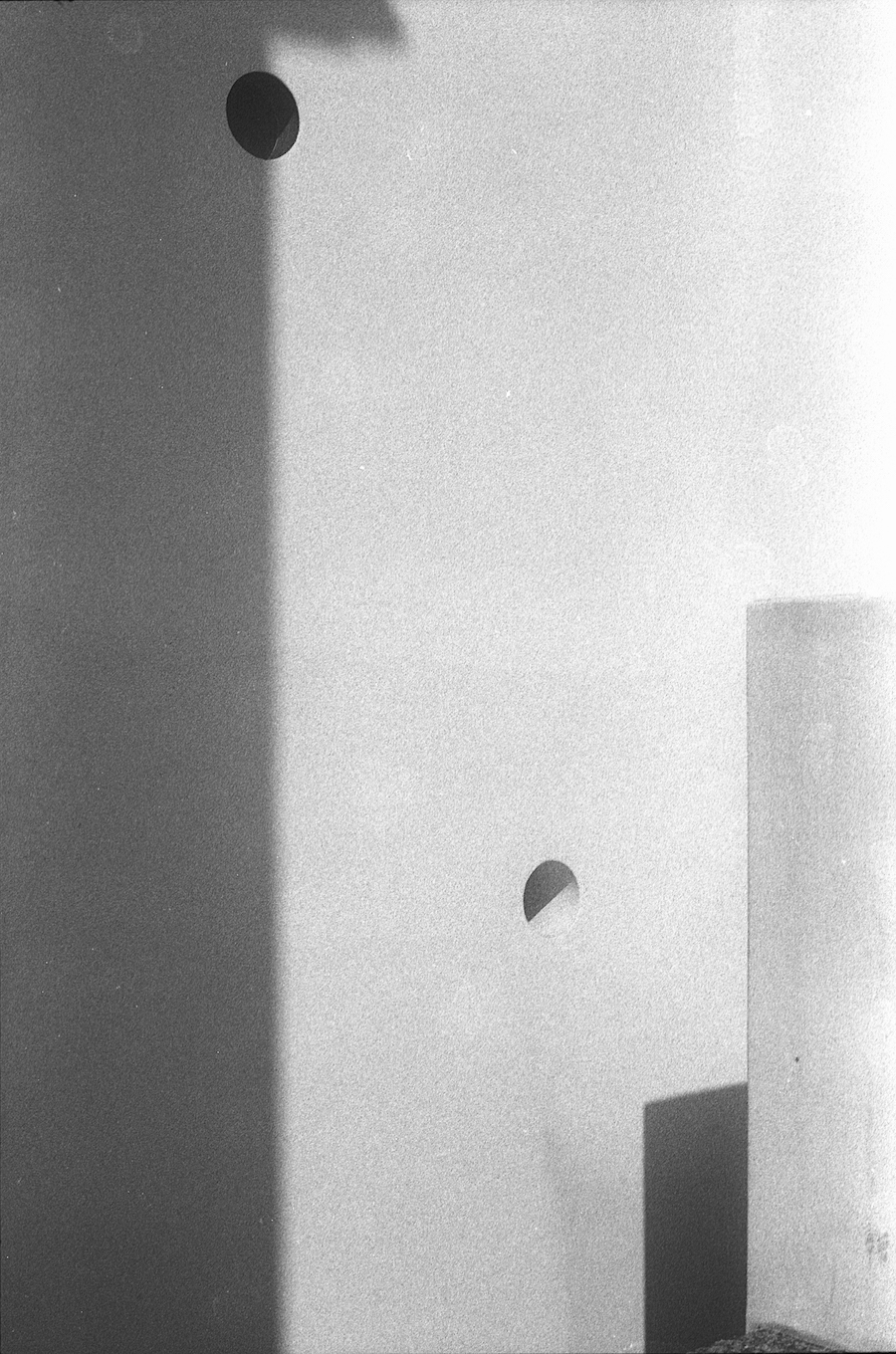 Laura Rodari‘s MALìA is nothing short of exceptional and a milestone in the artist’s work. This is not to suggest her former bodies of work and book are also less than stellar, it is more a note about her vision at its most mature. MALìA is a work of historic fiction and historical fantasy simultaneously. Mount Stromboli is one of Italy’s more active volcanoes and the surrounding villages and the northern coast of Sicily remain constant observers to its whims. It presents a historical fixity in the region with its local custom, speculation and fears. It exists as a tremulous reminder of obliteration and it can out-manoeuvre and out-pace any human, animal or machine at any moment it favours disequilibrium and opprobrium. 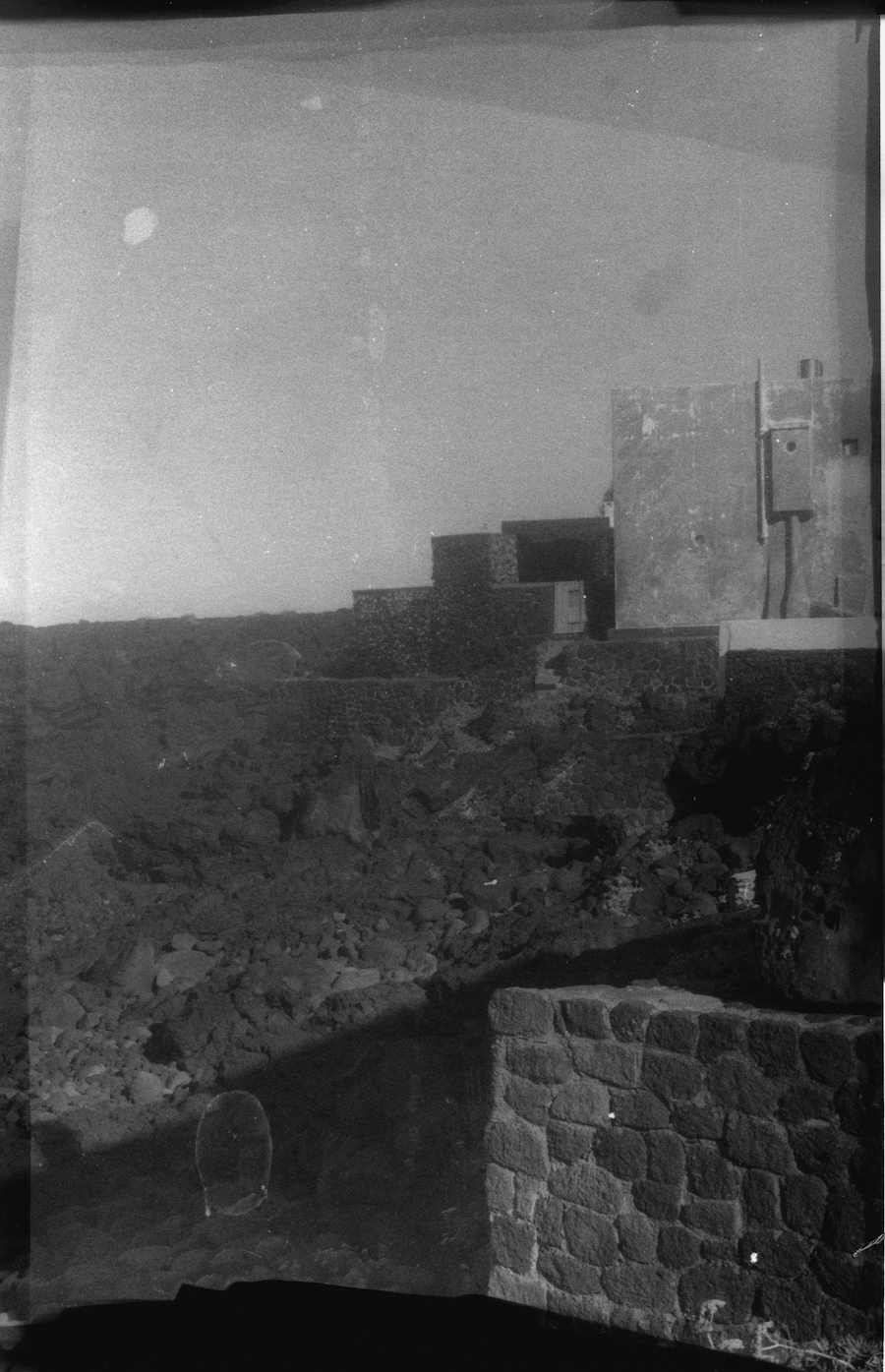 What makes Rodari’s book mature is its streamlined images. Everything is printed in a haze of milky black and white film (both literal and metaphorical). The images are firmly entrenched in this tremulous (again) bath of light and ash. The grey tones of the work add a layer which suggests the possibility of seeing through an ash rain. Things feel intentionally obfuscated and half-blind. Structures and local fauna appear through the haze at intervals and I feel as though I have pumice fusing to my eyes and I am desperate not to step in the jagged crevices under foot. The hardened pyroclastic flow is much more treacherous than it appears and I am careful in how I pace turning the pages of the book for this very reason, worried to snap the tip of my imagined shoe on an obsidian outcrop. It is an oddly easy world to inhabit owing in part to the historical fantasy playing in my head as the heaven’s shriek and drops. 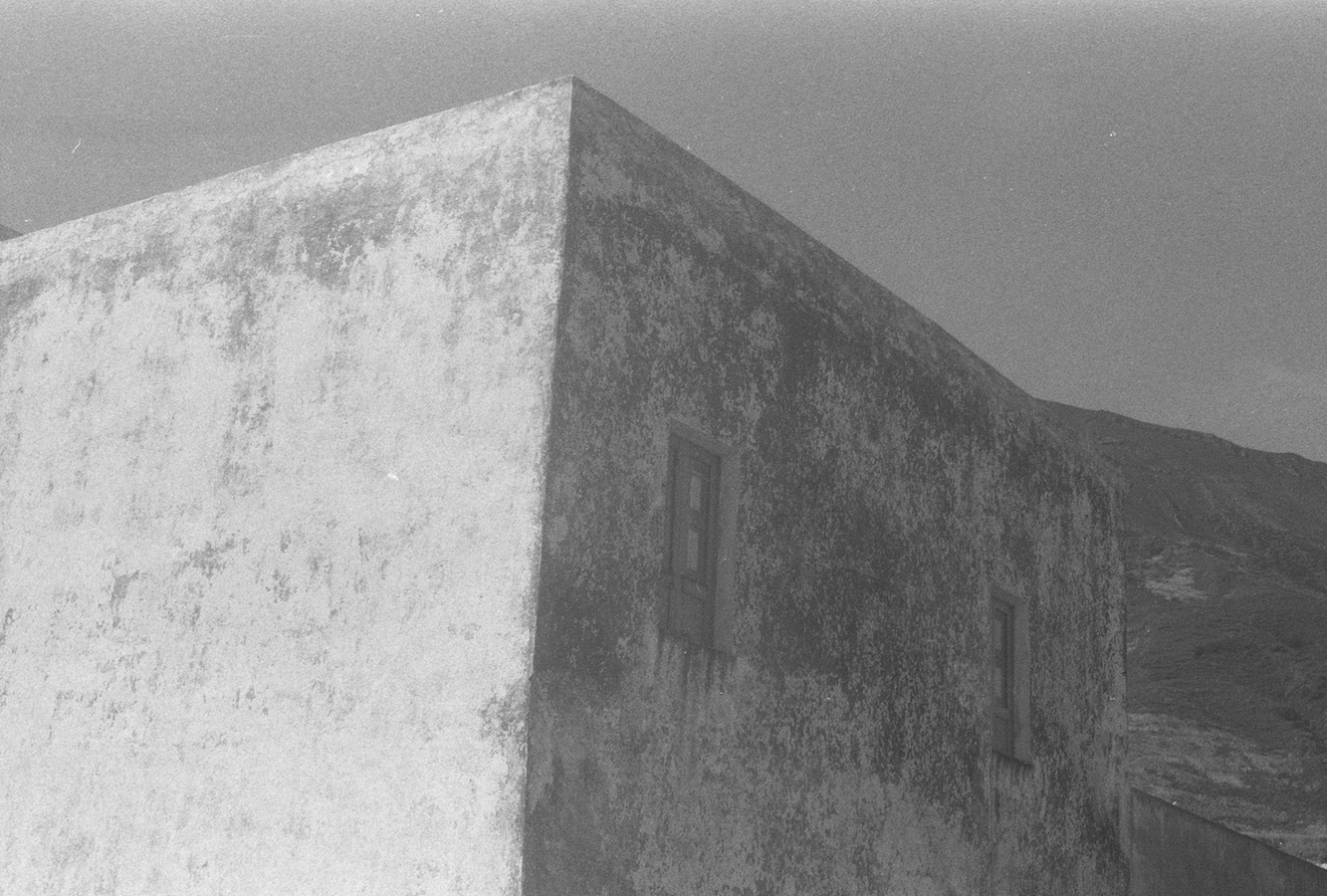 I see this as Rodari’s masterpiece thus far. Whereas her last book The Gray Line (Akina, 2019) is also exceptional, this book favours her complete autonomy of production, sequence and design. She has handles all parts of the book. Every part of it is considered, and oddly (in a good way) delicate with extreme nuance placed on the sequence and reduction of object-design. I would suggest this is one of the few circumstances in which full auteur mode in photobook publishing has been eminently successful. I tend to think artists should work with designers for the most part, but in stripping back the object’s production side and concentrating on the images, Laura has won the battle. This is an incredible move forward. Highest Recommendation.