Do robots dream of Black Phillip? Do artists dream in data? Does a spectre haunt the algorithm? 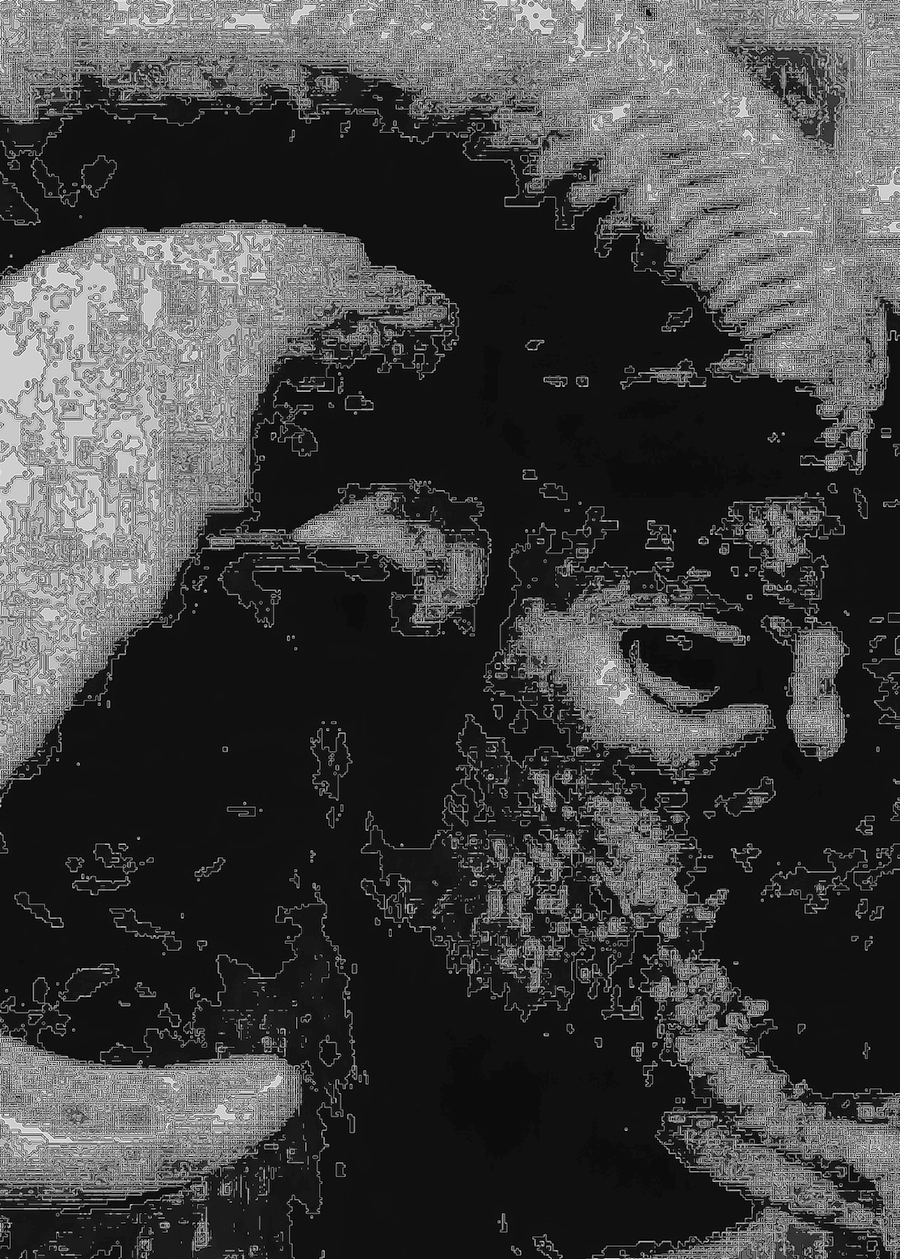 In a world in which we are reduced to bytes, blips, glitch and transmission, we begin to consider where the mapping of our reality in images begins. Our photographic lives are now dominated by the urgency to perform our presence and creative self through the technological means at our disposal. The quickest and most efficient way to distribute our intentions towards a wider and ostensibly encroaching digital economy is through the reduction of form and light to bit stream and upload. This creates a new territory for which to map the image. From grain to digital, the substrate of our images now competes in a series of numbers. 011011011101110001010101100000111110001010101000111001. 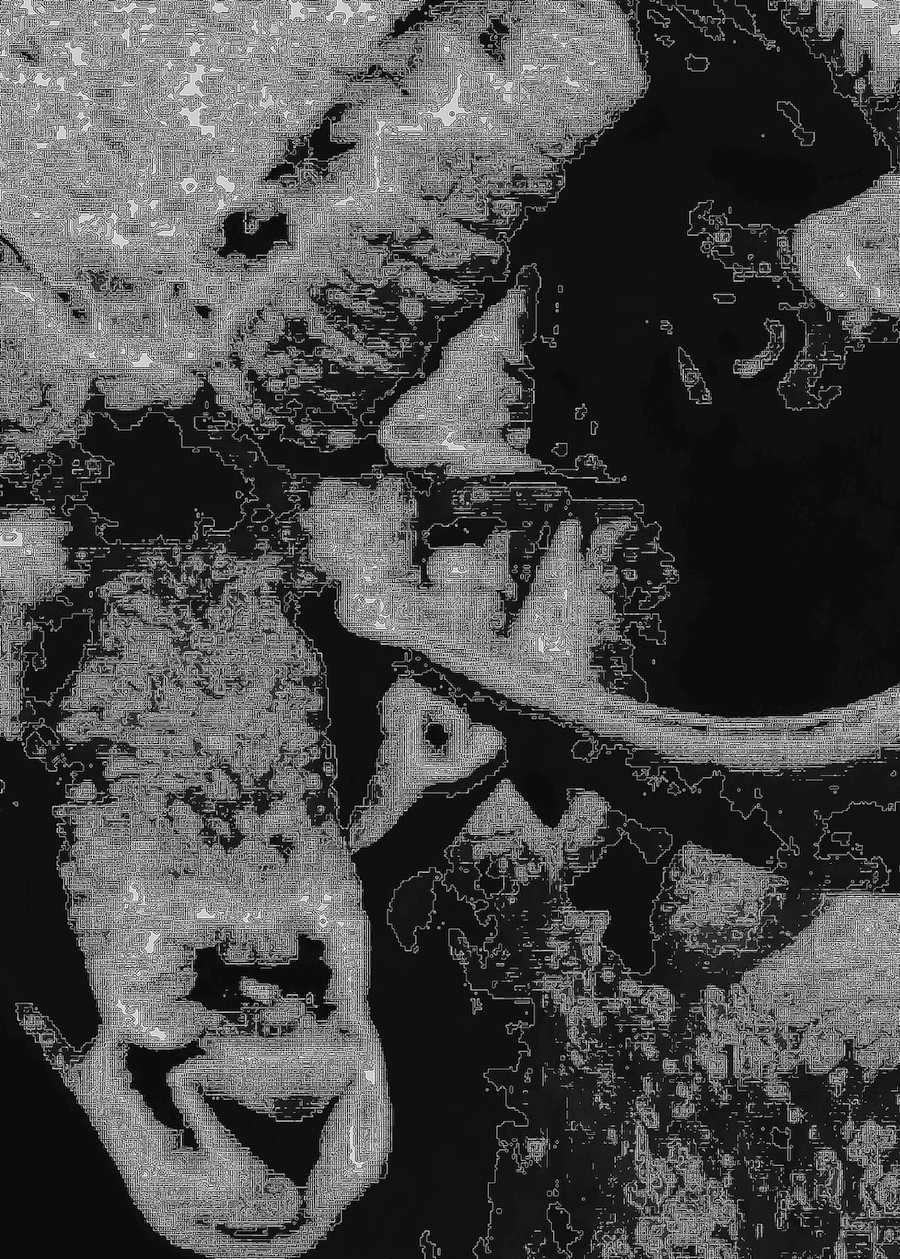 This is not about material value per se, though their are considerations for what the digital economy and surplus of imagery has come to mean in our very physical daily lives. We have begun the process of deconstruction of meaning through our supplicated praise of the machine and its ability to connect and exhibit. We have rent ourselves as willing savants for the culling of our personae in binary numerical performance. We perform our digital ritual and we perform our images within the temple to pacify the technological theology which orders our homes. 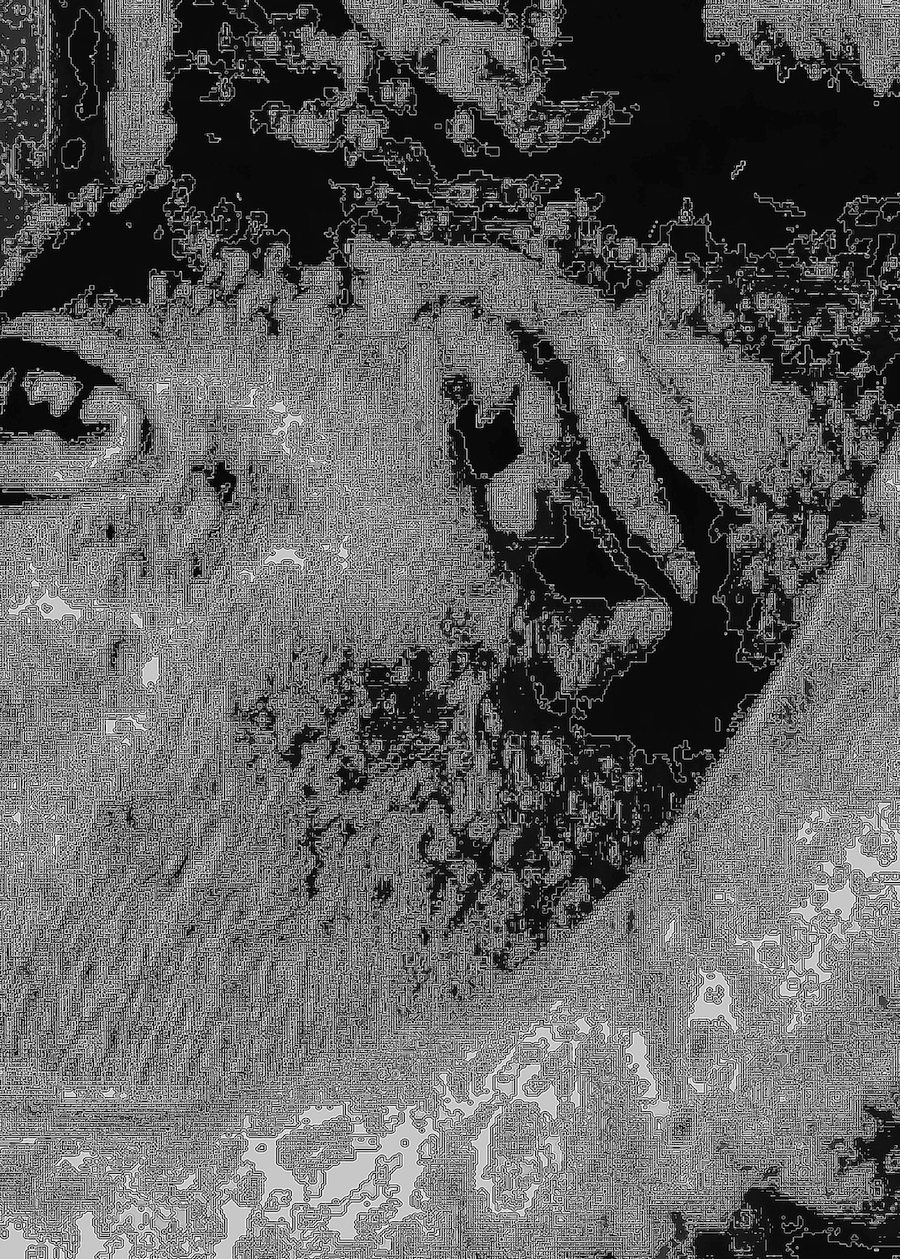 Perhaps there is more than one way in which to consider the work of Koji Kitagawa’s Dreams (Self-Published/SPEW). Koji, in some senses is an anarchist of form. Belonging to the SPEW collective whose habit of irreverent photographic non-compliance creates a mad genius laboratory of process and book printing, Kitagawa remains at once defiant of the traditional approach to photography and obsessive in the same regard. The SPEW collective are known for their consideration of abstraction and pushing the process of both analogue and digital means. They create volumes of works with little interest in market forces, nor the traditional ways in which to produce or read images. Dreams is no different in its mechanics. 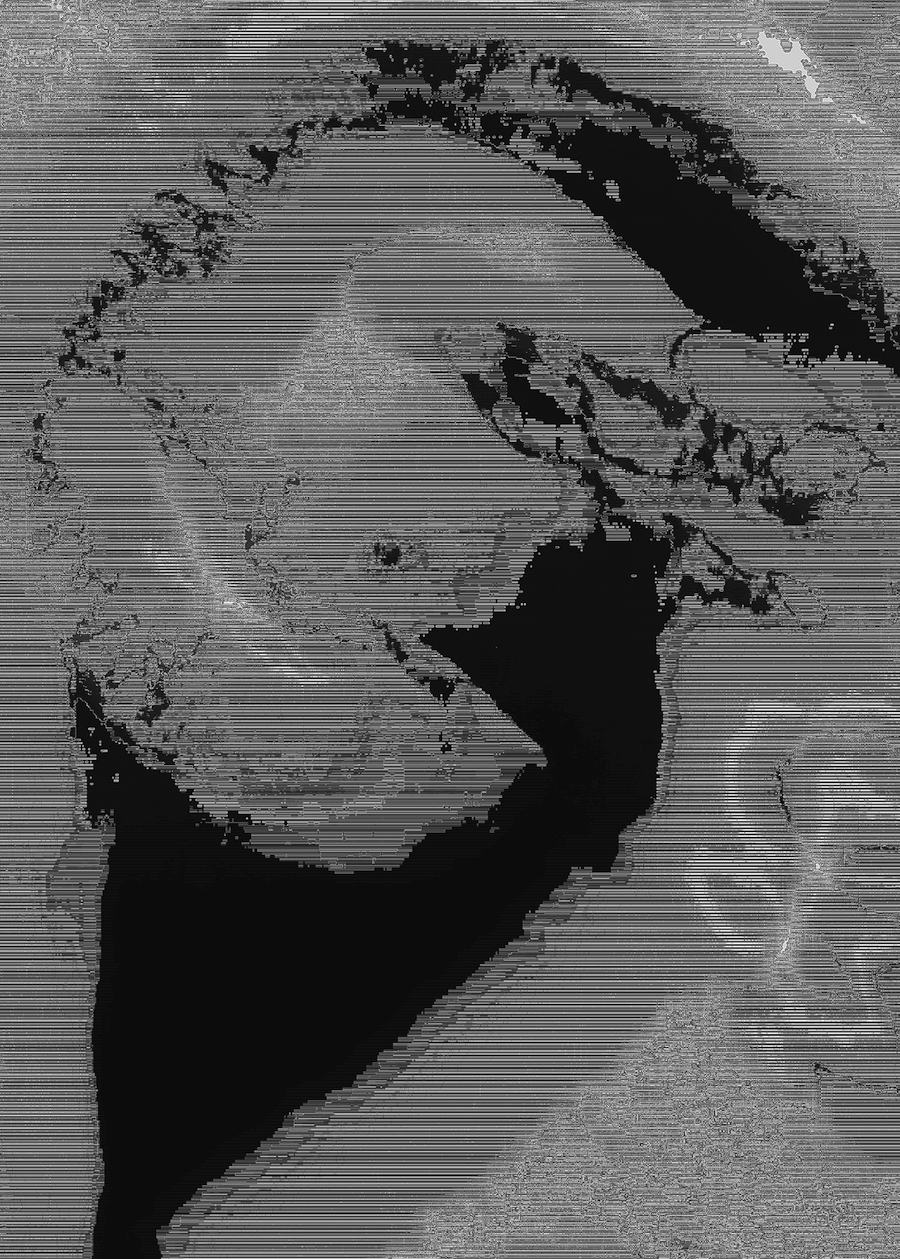 In many ways, Kitagawa the collective think less about lasting impressions than they do about the ephemeral nature of small print runs and cheap xeroxes, prints and posters. This is of course somewhat “Japanese” in terms of production. I would caution the use of the word  over-productive as I for one think the term is semi-derogatory as what does it entail to produce more than another? In any event, the point here is that Kitagawa and the SPEW Collective are making progressive movements within our field through their exploration of technology reducing and re-arranging the photographic elements towards something new and remarkable. Dreams is an exemplary book which re-maps and re-invents the photographic image by reducing its digital form to the sum of its parts with a heavy emphasis on one subject, though the subject itself is not the overriding concern, the process is. Within the image of the goat is mapped in relief form and reduced to digital drawing-the process of dislocating the animal “from life” to its digital form made transparent. 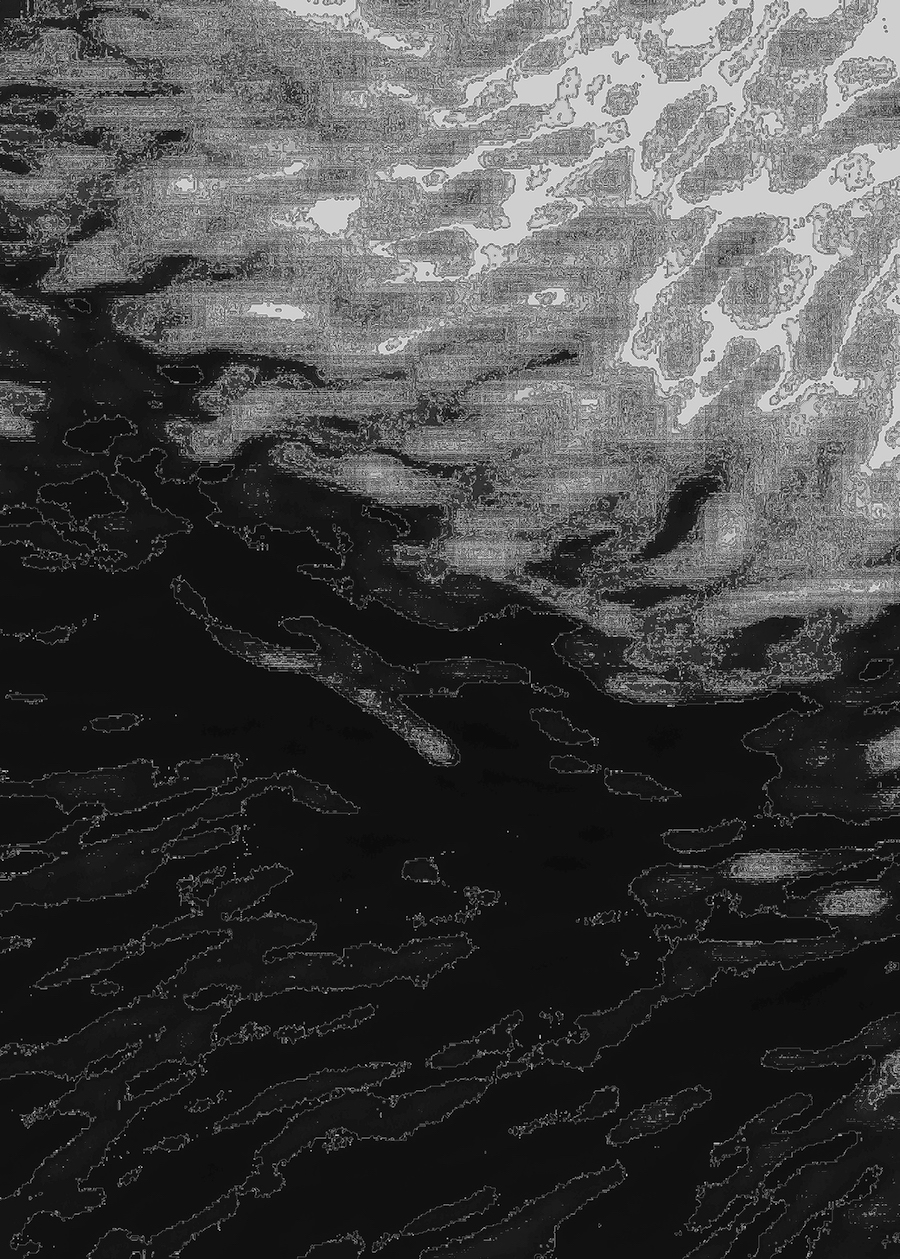 By breaking down the digital barrier of Heavy Metal’s favourite animal in the goat, Kitagawa asks us to analyse its potential and its process as the fodder of dream or nightmare using the components of technology in the realms of psychoanalysis boldly. We are left to map the image of the goat in its digital dissolving bath of data. Kitagawa is asking us to help interpret his language of techno-dreams and in doing so also asks that we re-invigorate and re-investigate the process and image of the medium of photography. Kitagawa and the rest of the SPEW Collective are pioneers of the photographic frontier. These objects that they produce will be highly collectible in the future when we can assess their accumulations from a career retrospective. This is but once exciting collection of Kitagawa’s efforts to push the boundaries of images further.