“It has learned that outward and visceral signs of its existence only lead to its questioning of intent early on; its oft-espoused will thus deposed to the memory of collective trauma…”

Ideology is not always easy to see. We read it through the symbolic order of insignia and perhaps we are able to cull meaning from the rabble-rousing mouths of mob figureheads espousing epiphets of hate and xenophobia, but this is not seen per se. Fascist ideology extends to the civic environment through architecture as seen in Germany and Sicily alike. However, this is muted, and relies less on obscenity than memory. Fascist architecture relies on the power of ages, of great empire to act as a catalyst for which it builds its own contemporary power. You must be aware of its presence in order for it to be activated. It cannot simply exist neutered and de-emphasized in order to promote its former power. It must be awakened and when it lurches from slumber, its facade, its total form will rise from municipal value to murderous hierarchical order. 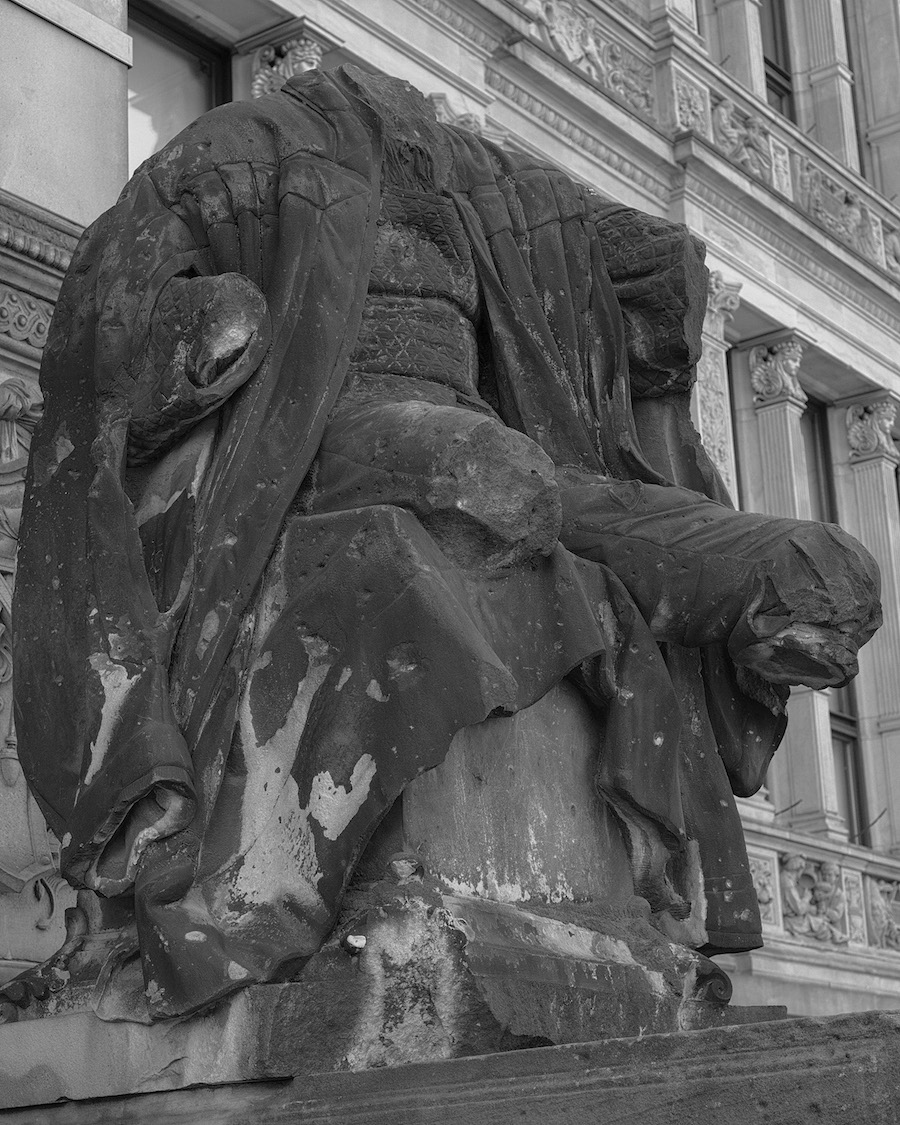 Fascist ideology in particular is no longer measured by an armband, off-putting and nearly comical skull or rune encrusted hat, nor is it given over to a certain excrement coloured button-up shirt and pair of tight knee-high leather boots be-fit for a bountiful night out in the 80’s Castro District. If anything, fascist ideology has learned a thing or two in its will to be communicated over the years. It has learned that outward and visceral signs of its existence only lead to its questioning of intention early on; its oft-espoused will thus deposed to the memory of collective trauma from the Twentieth Century catalogue of malcontents and inhuman evocations of death, carnage and pitiable excuses to plunder, rape, pillage and kill. To be seen is to be exposed, questioned and deleted. 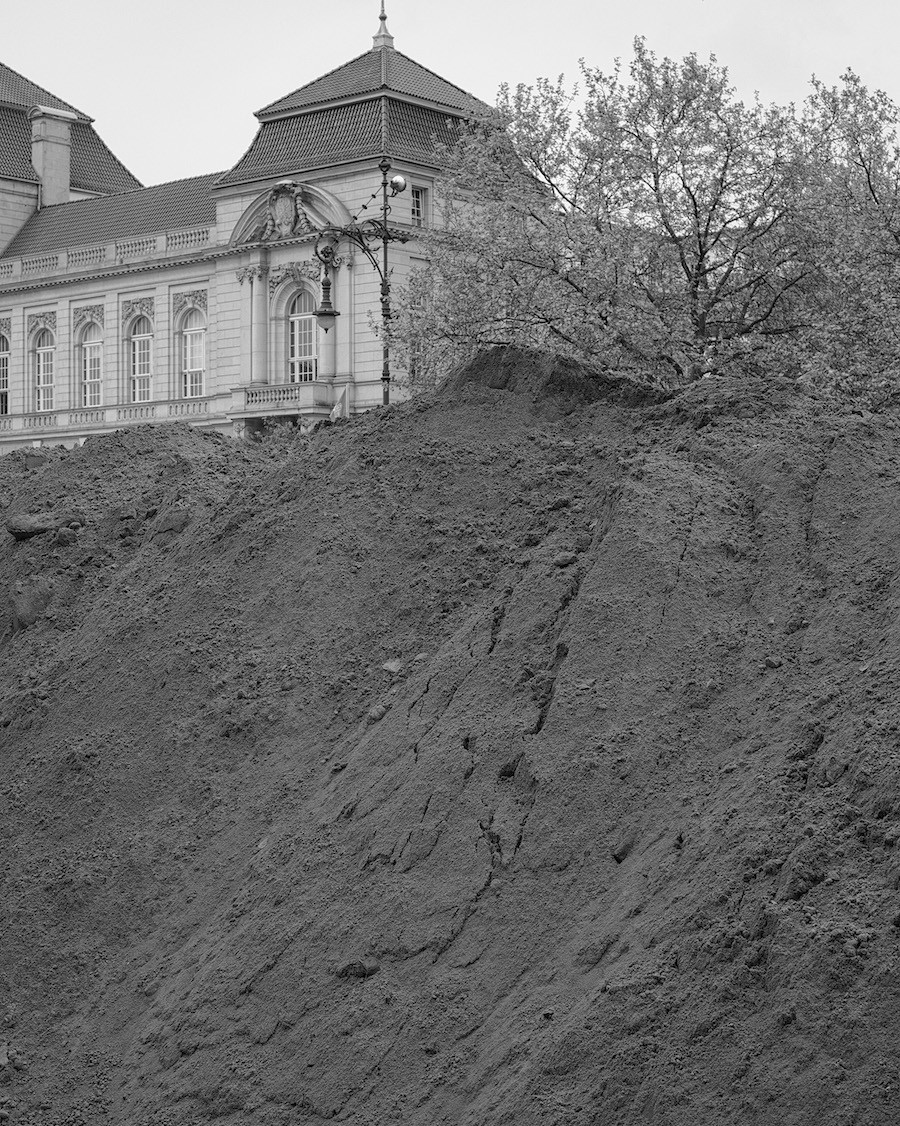 Right-wing ideology has learned to hide itself along the social landscape. It acts out from time to time and it uses the Internet to inculcate its masses. It no longer besieges the flag-bearing headquarters parked up just outside various other government buildings as a sign of its growing need to be recognized with other prevailing ideologies. On occasion it leads a march of dunces under the auspices that it is fighting herd mentality and authoritarian control. It is only when  ideologues are spotted en masse with other creatures of their ilk that we begin to see the ugly formation of rank and rancour. The jackets, the haircuts and sadly the polo shirts have betrayed hapless and ageing fathers the world wide converge. Normally right-wing ideology, its trace and its movement are tacitly quiet woven along the seams of our social fabric. As much as we believe it be adorned in combat boots and bomber jackets only, now right-wing ideologues look like everyone else from yoga instructors to your children’s school teacher. This insidious blending-in is what has allowed the rise of a new and pervasive right-wing identity of normalization. Normcore for the dissolute mind. 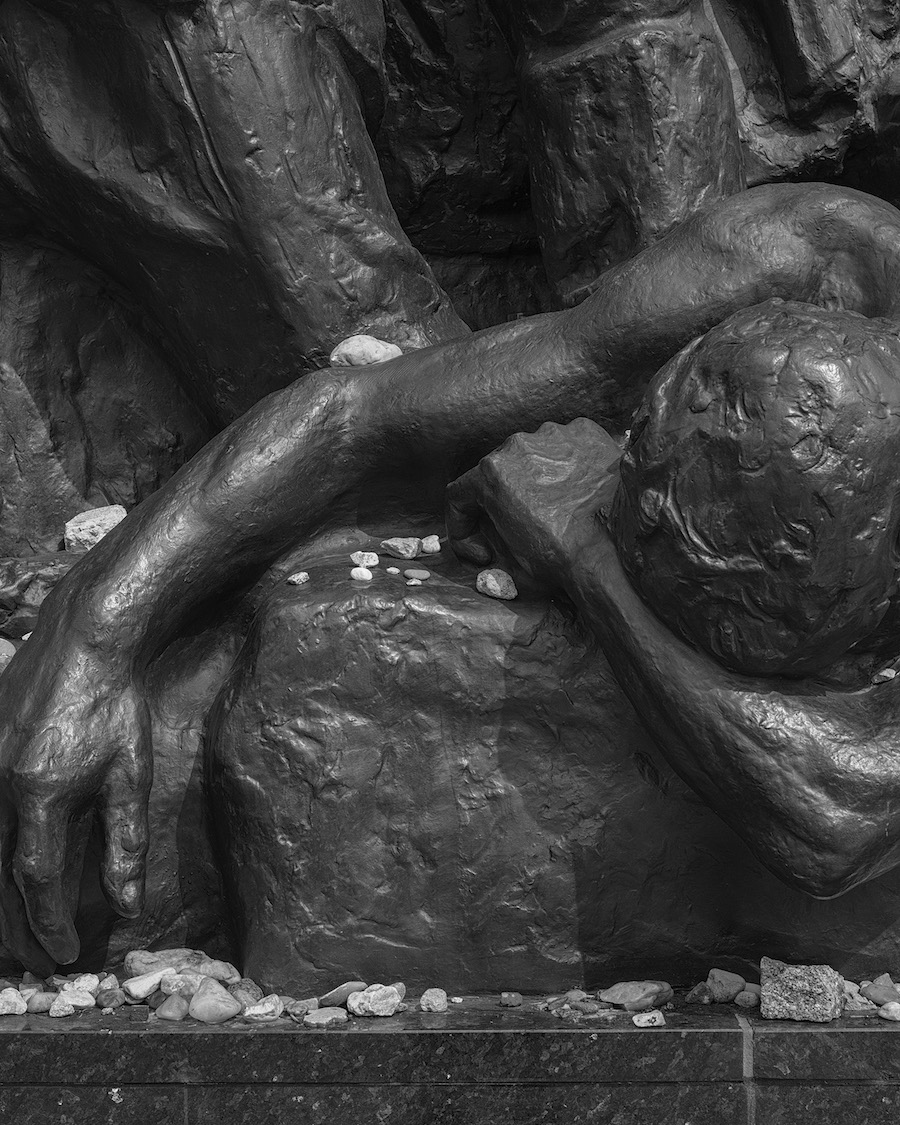 Jörg Colberg’s Vaterland is a study of condition. It is a book that points to the historical while also raises the mast of concern for our present moment in which we seem to be back pedalling towards defensiveness, xenophobia and strong arm politics. Colberg points all of this out through an examination of his native Germany, whose own AfD (Alternative For Deutschland) party has seen a swelling in its ranks since the mid-half of the last decade. Obsessed with immigration and the right to German-ness, the AFD like most right-wing ideologies prevaricates its position based on fear-mongering and shallow platitudes about national character. It describes its efforts as Promethean, rising agains the inexhaustible tide of darkness, and an enemy unseen and larger than life-a megaforce that risks all humanity with its dark desires and so on. 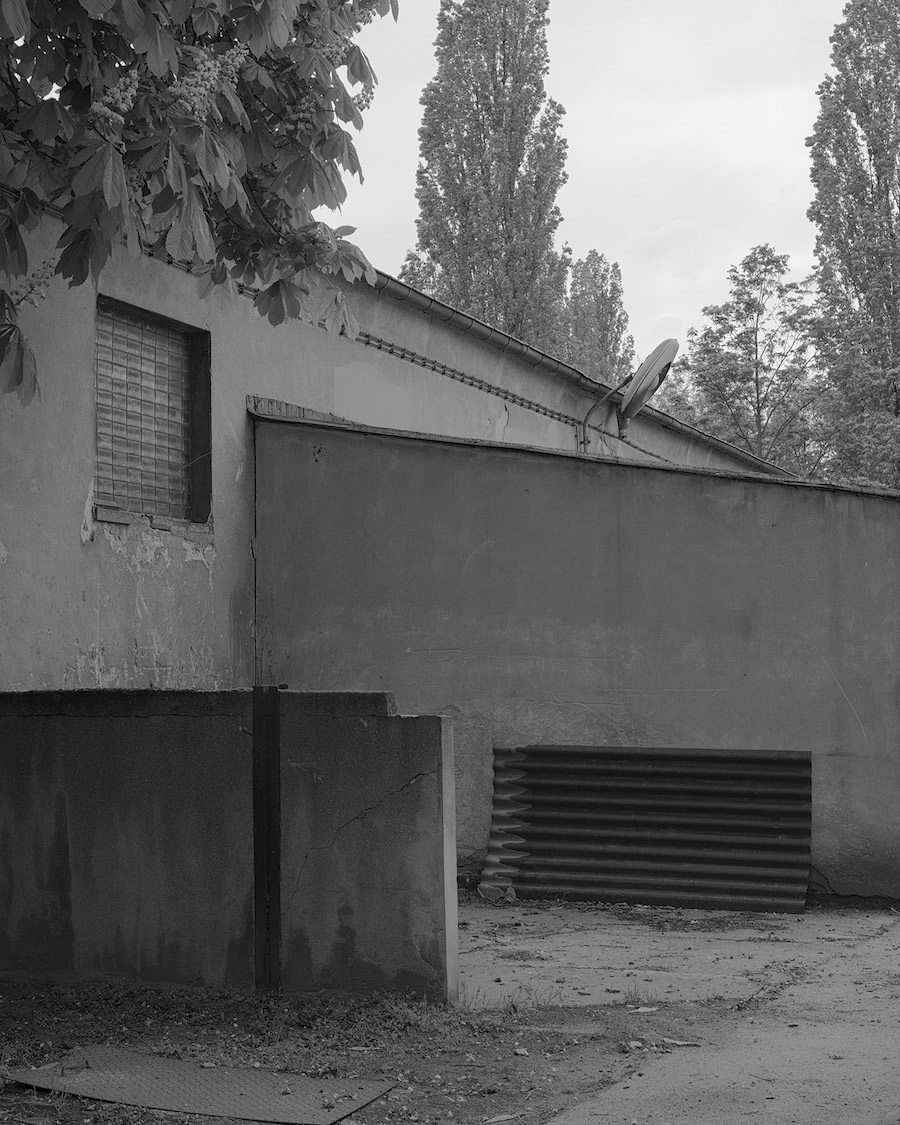 Colberg knows a thing or two about these tendencies. As a child born of post-war Germany, he understands the exercise of post-war piety and guilt. He understands how a nation must rectify its history and its past behaviour in order to avoid repeating the same tragedies through the national mismanagement of its angst. He is aware that memory and collective trauma tend to dissipate over time and in these moments and decades, the soil is left fertile for the planting of intolerable ideas and that the terrible misalignment of apportioned blame and anger can be left instead at the door of the misjudged or scapegoated. He has seen the rise of these trends and he is worried. As an inhabitant of contemporary America, Colberg has every right to declare his concerns. 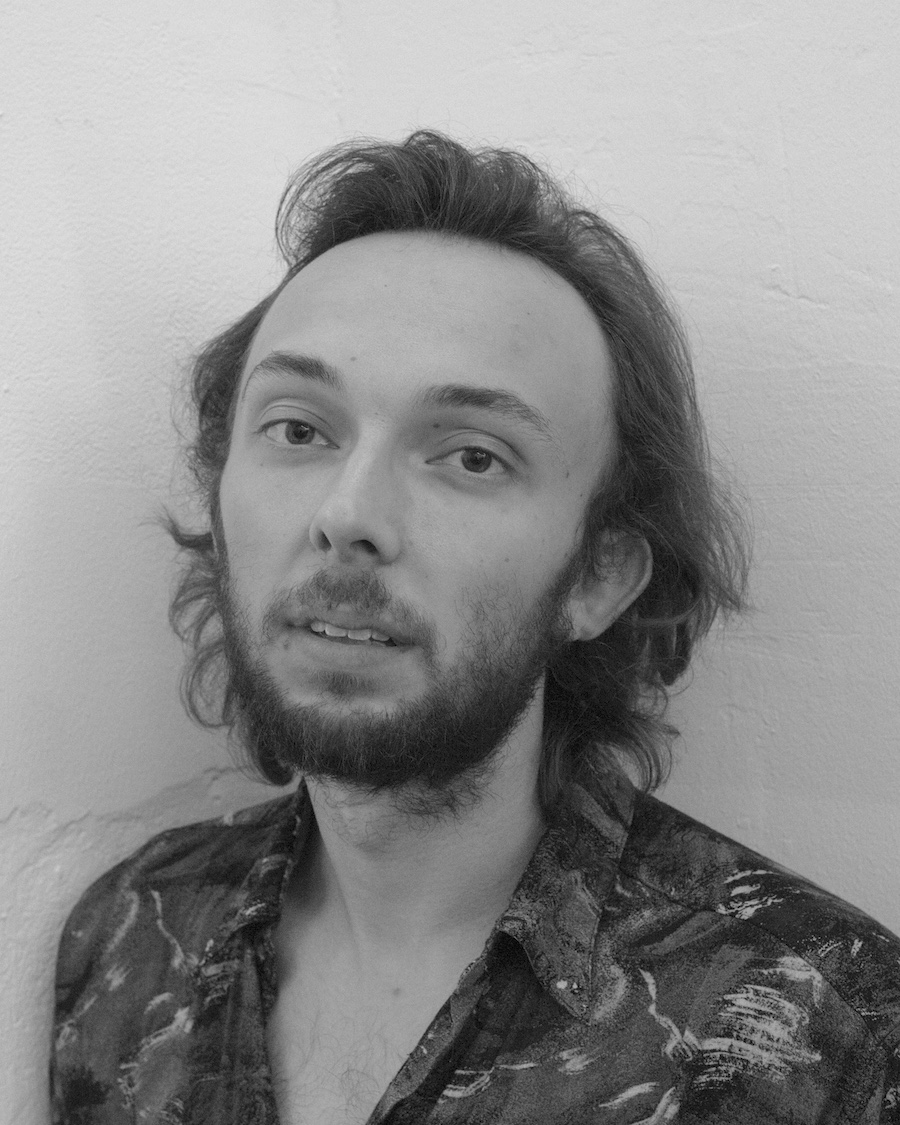 In Vaterland, Colberg begins to trace the contemporary moment not through the outright use of right-wing symbols, but rather the condition of the general social and architectural landscape. He examines the dull pulse that breeds an inhospitable rise to ideological fervour through the grey atmosphere of his native Germany. He is uninterested in blatantly following the tiki torch types on their marches. He is uninterested in capturing the AfD flag in a game of photography. What Colberg purports is to look at the small signs throughout the urban environment that leave questions about the absence and presence of meaning as illustrated by disused billboards where the pedalling of consumer neoliberal tendencies are gone suggesting a moment of decay, worry, and anxiety for the promises of the future. He looks instead directly into the eyes of the German citizen. In doing so, he is not accusing, but rather looking deeply within; the portraits are a question and not to be considered a statement. This same method of study, August Sander had also employed between the wars. 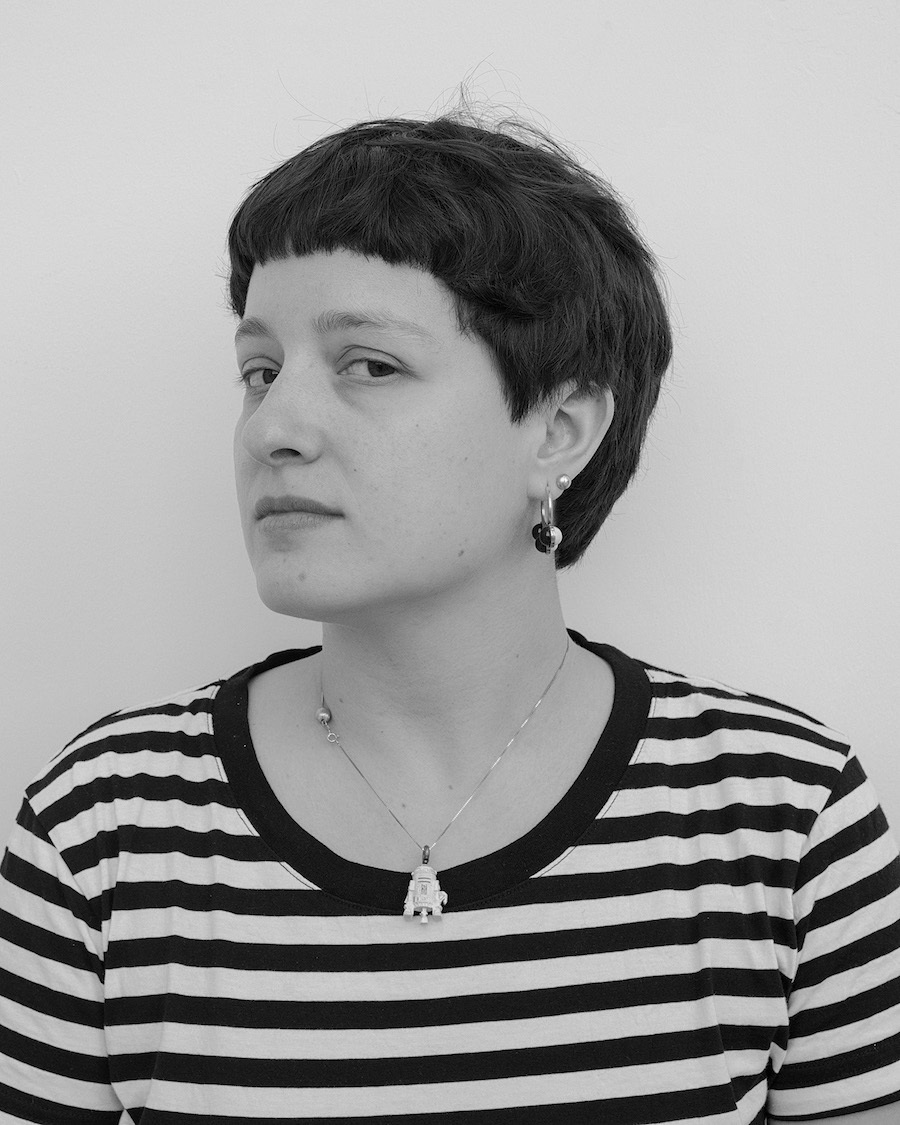 The images in Vaterland feel charged with apprehension. The pervasive mood of anxiety is exemplified by the use of dead space-the hinterland navigations within the urban reminds the viewer of wars and walls and the paucity suggested by elite ruling empires that their plans and visions  of a city, nation and its people are soluble and without being prone to collapse. Colberg recognises that ideology is no longer an easy spectacle and that condition, atmosphere and the continued flat-packing of easy arguments can lead to a euphoric change of disposition that allows a people and a nation to be steered towards nefarious ends. It is the same sentiment that Hannah Arendt expressed in her work on Eichmann and totalitarianism respectively. It is a successful work in that it presents a larger political dialogue without obvious pandering which suggests a bout of longer rumination needed to unlock its message. Though Vaterland is within the German tradition and can be read as a successor to the work of Michael Schmidt amongst others, it exceeds in its own strengths and individual outcome. It is in effect a subtle warning to the not so distant future and it is highly recommended. 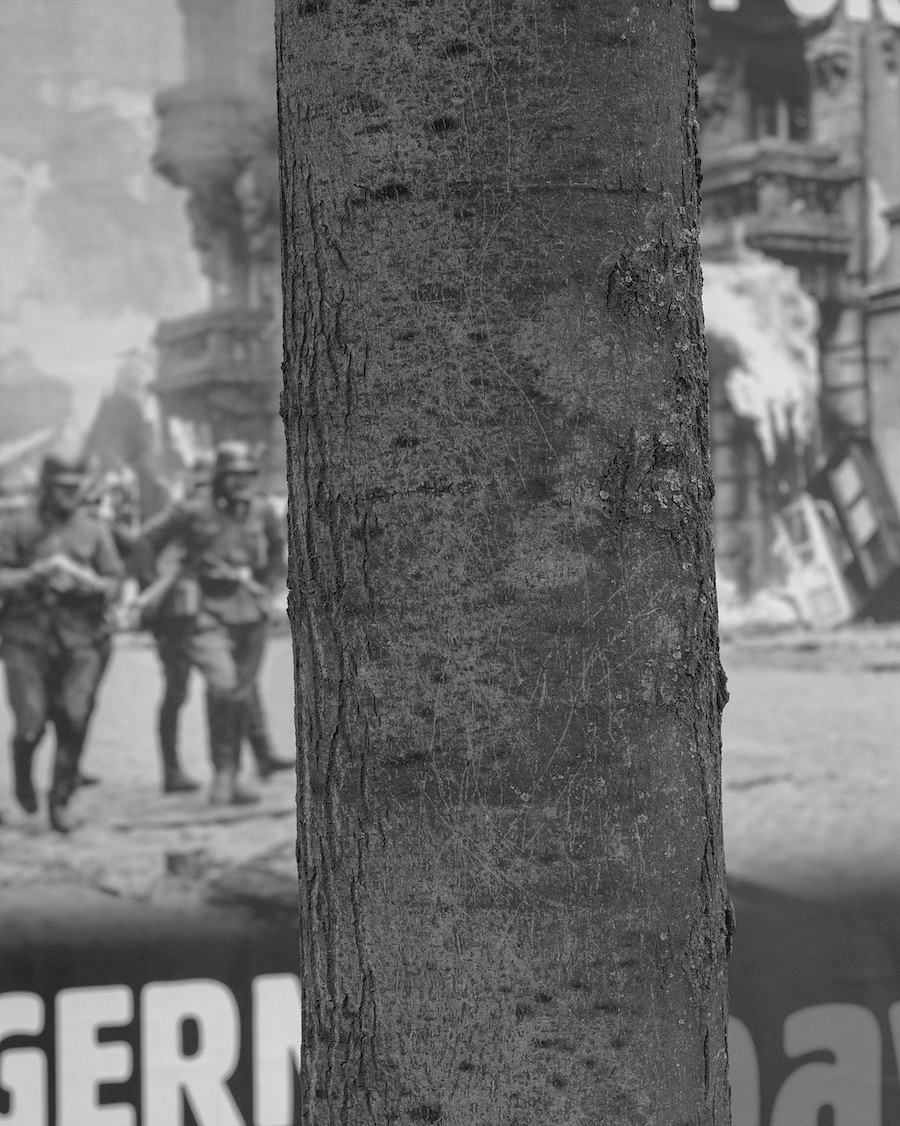