“The act of ritual implies transcendence through repetition” 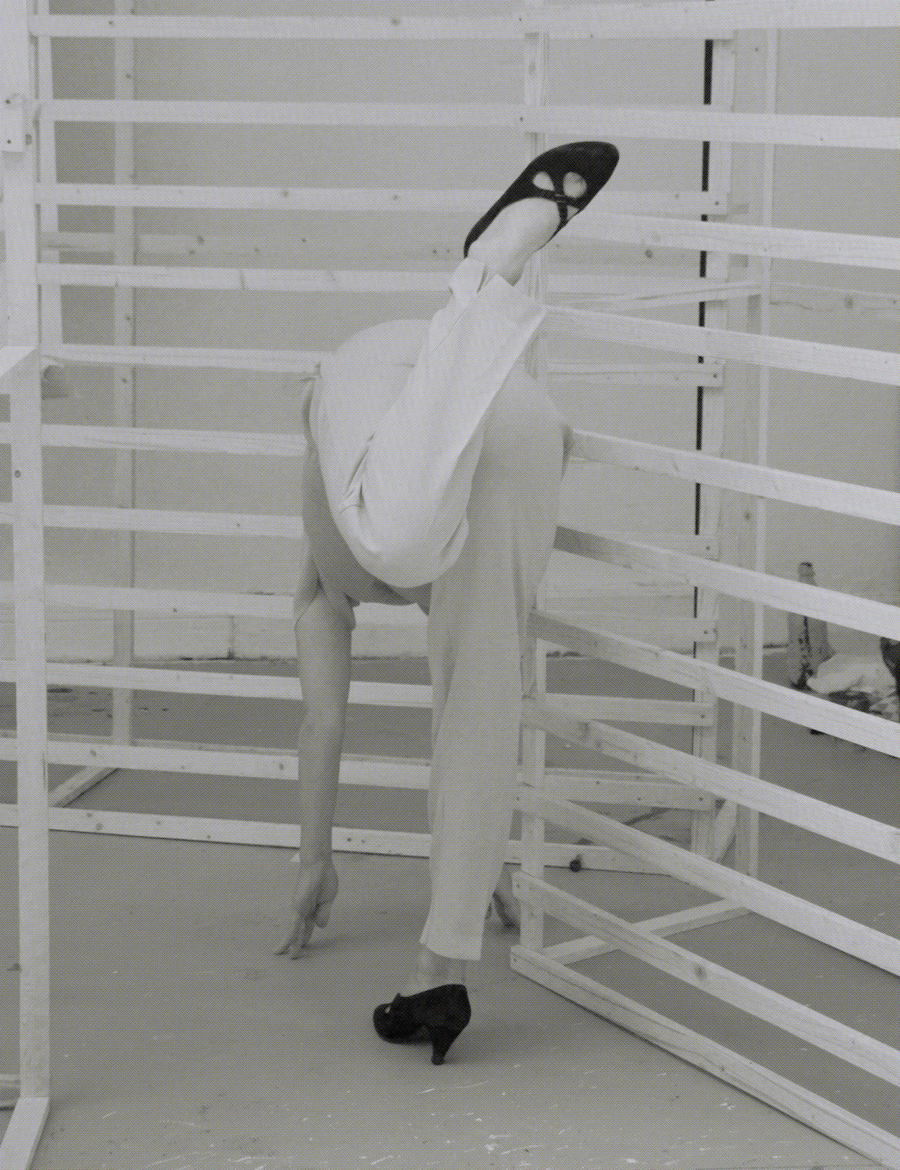 I am curious as to where the intersection of our digitally performed lives meet the physical form that we inhabit. I am also interested in how our physical selves occupy a space in a frame. I would go as far as to say that I am not interested in self-portrait culture by any means unless the body is used as a blunt object within the frame; a tool that acts as a catalyst for a wider sensibility that reflects something outside of the singular. Perhaps if it is used as a refraction of society instead of a reflection, we might see the use of the body obliquely as less of a performance and more of a ritual. 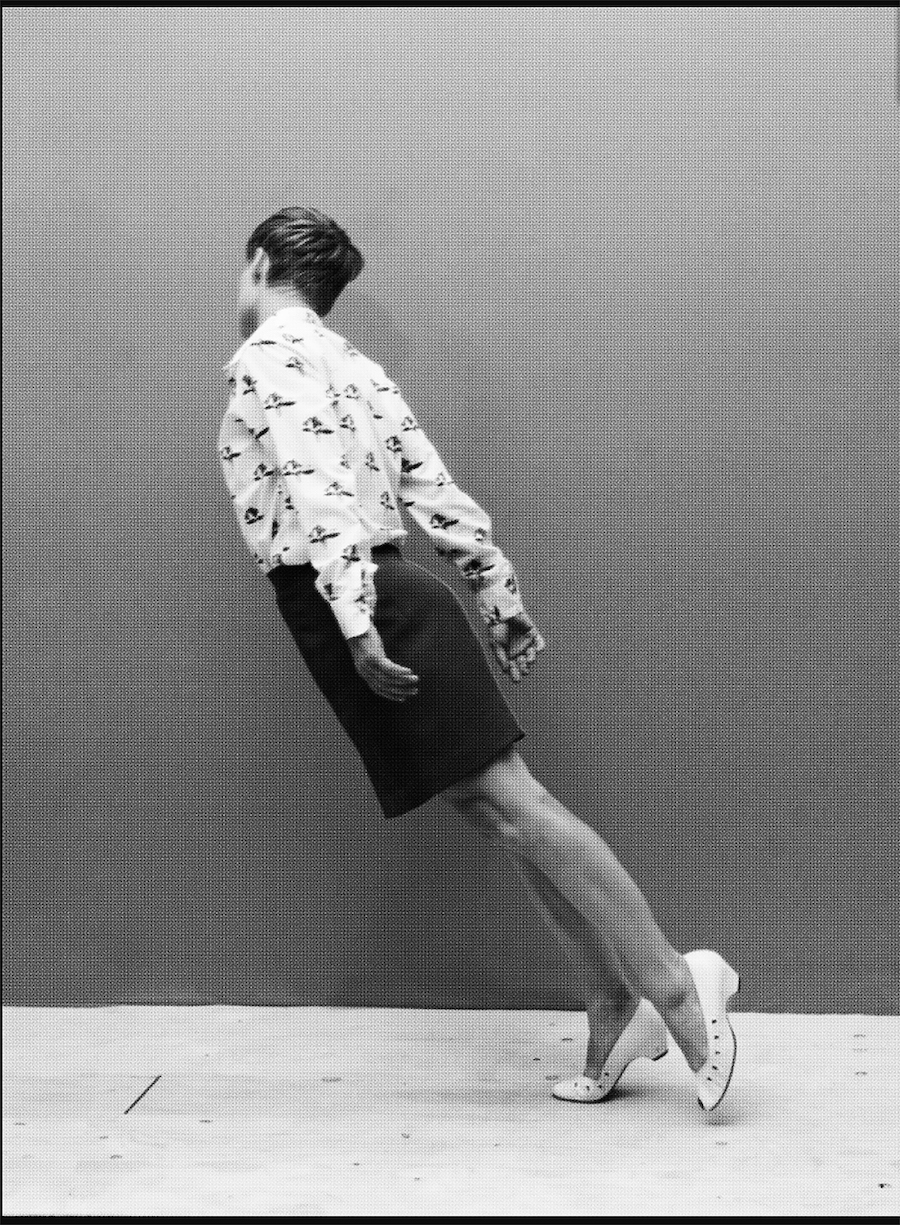 The act of ritual implies transcendence through repetition. Its audience is generally considered part of the rite, but not always. It is not simply a viewership that a ritual solicits. An audience must accurately assess the spectacle of the ritual, but in doing so, it must respond. This response can be minute-a nod, a hum, a song, a compulsion towards the material quantity of the act-such as the acquiring of a book. In some terms, the notion of transcendent ritual relies on the audience to activate the stage or altar as a mass participation that enforces the spectacle, gives it animus and life. It i a reciprocity of form and function that the audience gives complicity of the ritual through adoration. 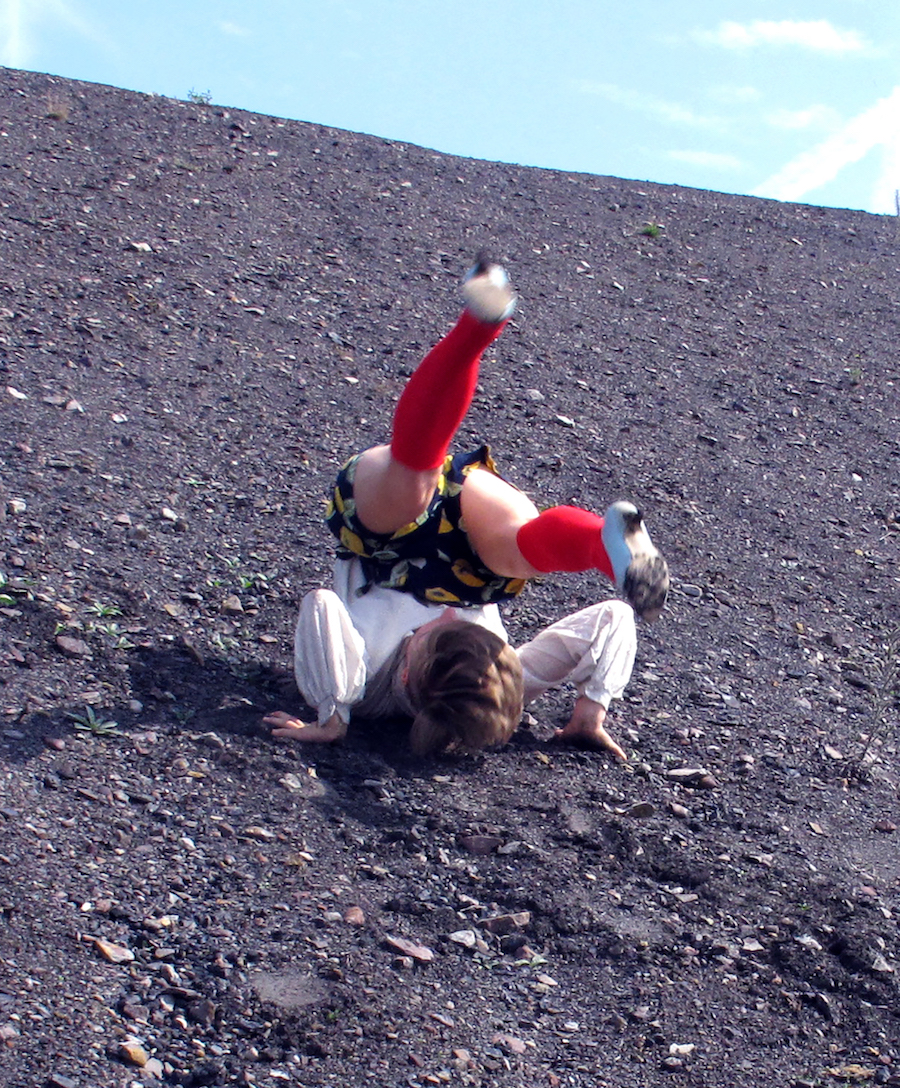 In performance, there is still an audience and yet this audience only need to watch and interpret. The spectacle is generally a one-off, which is anti-ethical to the pursuit of a ritual, which suggests multiple events or repetition of viewing or endorsement to quantify the action towards the spiritual and away from the theatrical. The ritual demands duration. Performance, no matter the length of time it is performed from Vito Acconci to Joseph Beuys and Marina Abramović is not a longterm act of faith, but rather a short and jilted “piece”. Duration in its ritualized form is part of the transcendental experience and it must bear repeating. 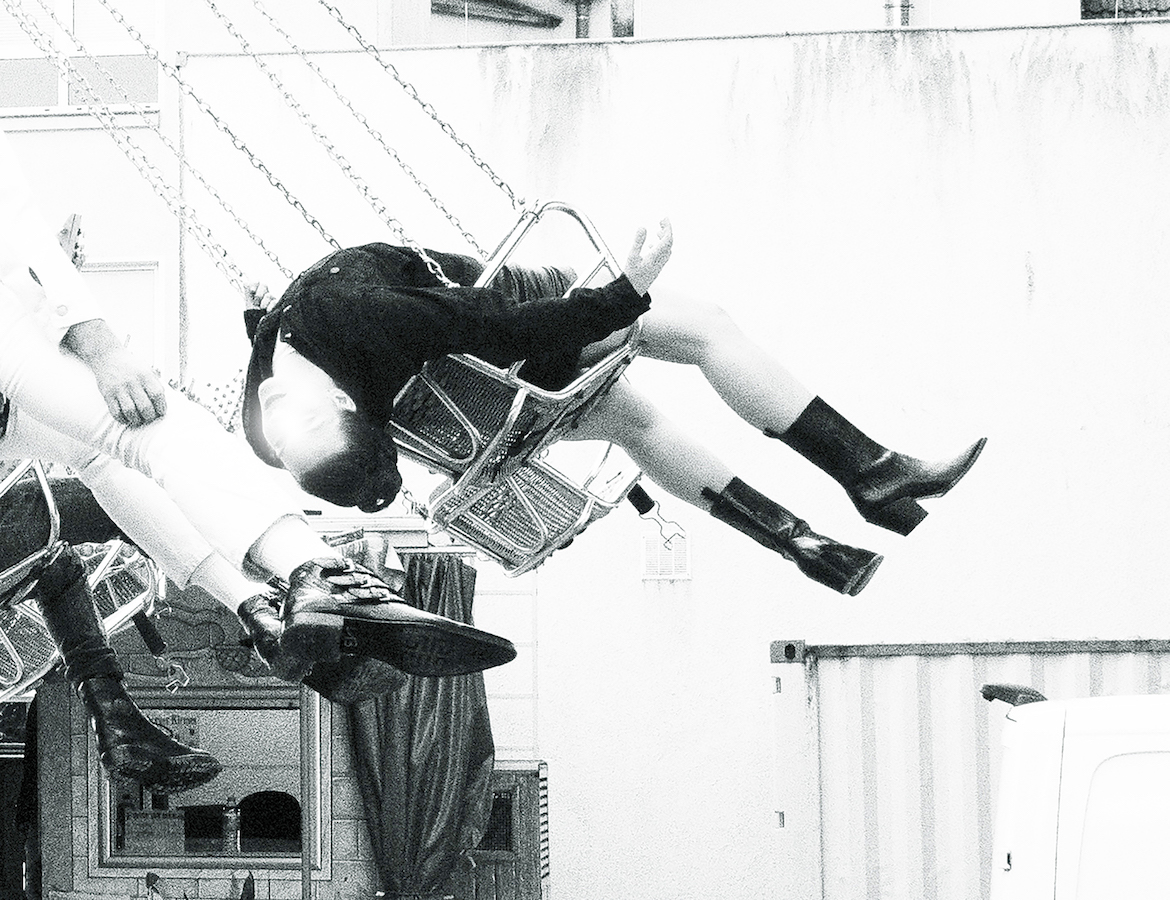 In the case of Isabelle Wenzel and her book Counting Till Ten (APE, 2020) a few things become apparent. The work is built over a number of years suggesting duration and repetition. I know this to be the case as I had worked with the artist briefly in 2013 and I can see the continuation of her solitary efforts throughout the book and over the past decade. It can be considered as a catalogue of her rituals. The complicity in our viewing the ritual is found within the church of Isabelle that she has built for our consideration within. Wenzel is an incredibly studious and consistent artist whom I believe is wholly underrated between the fields or performance (for ease), sculpture and photography. Essentially, the photographs become part of Isabelle’s rituals. Her body folds into incongruent and strange amorphous form. One half of her ritual involves this folding of her frame to fit the format of the camera. This gives her body the potential to “become” a permanent sculpture of impermanent material. 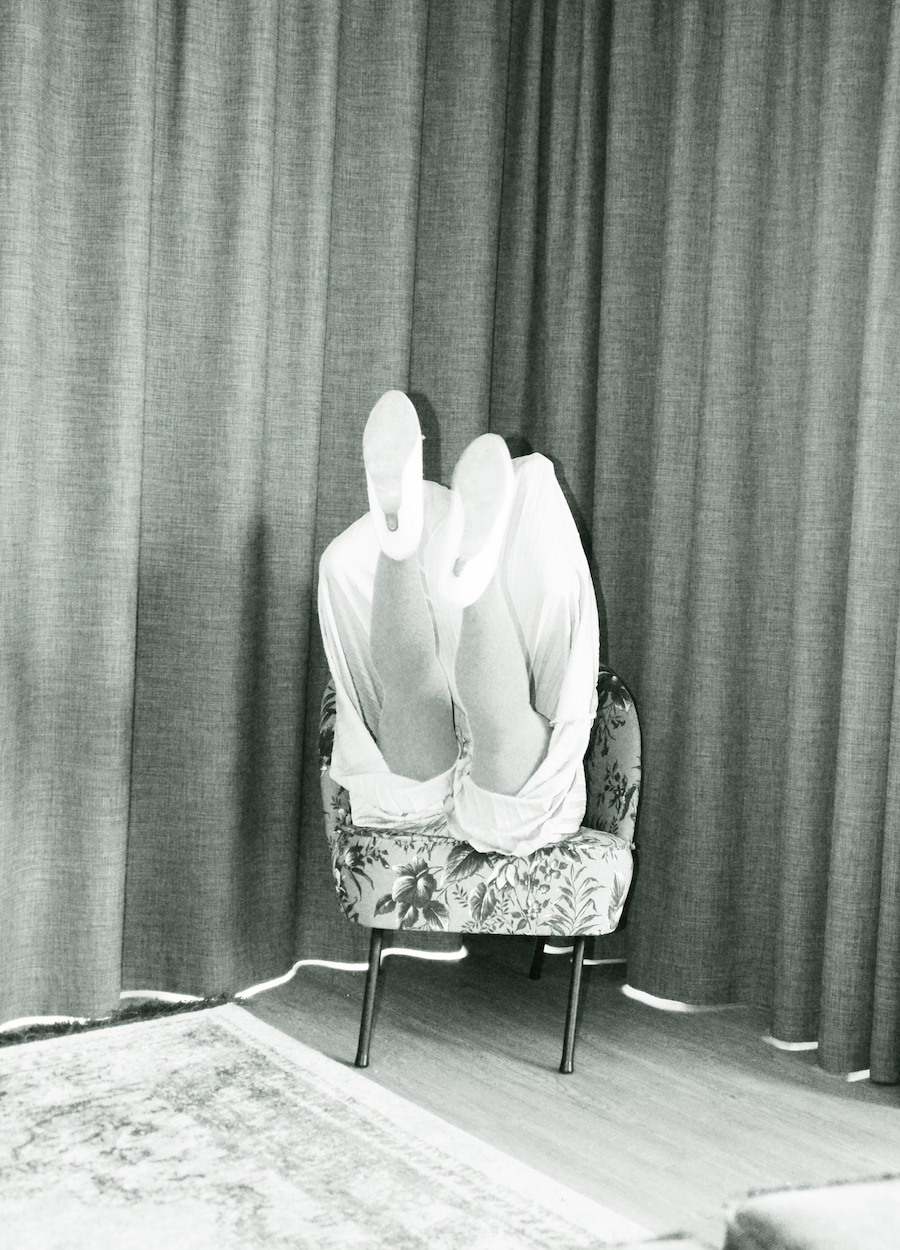 These sculptures often feel confrontational with Wenzel’s legs splayed and the focus on her crotch. They question the whole notion of gaze and confrontation and could be easily drafted to be ultra-feminist, but I would suggest that they become more universal in their questions of gravity and precarious nature of the human form. Though I would consider the work to be applicable to a feminist discourse, I believe Wenzel to have less singular designs on dialogue. Her mantra of practice is about the body, about constraint and ability. It is consistent and it repeats itself thus adding the aspects of ritual to her work. I a reminded in many ways of the way in which Paul Kooiker thinks about the body and its ability to compact and fold in on itself creating new pathways to surrealism similar to Hans Bellmer’s study of dolls. 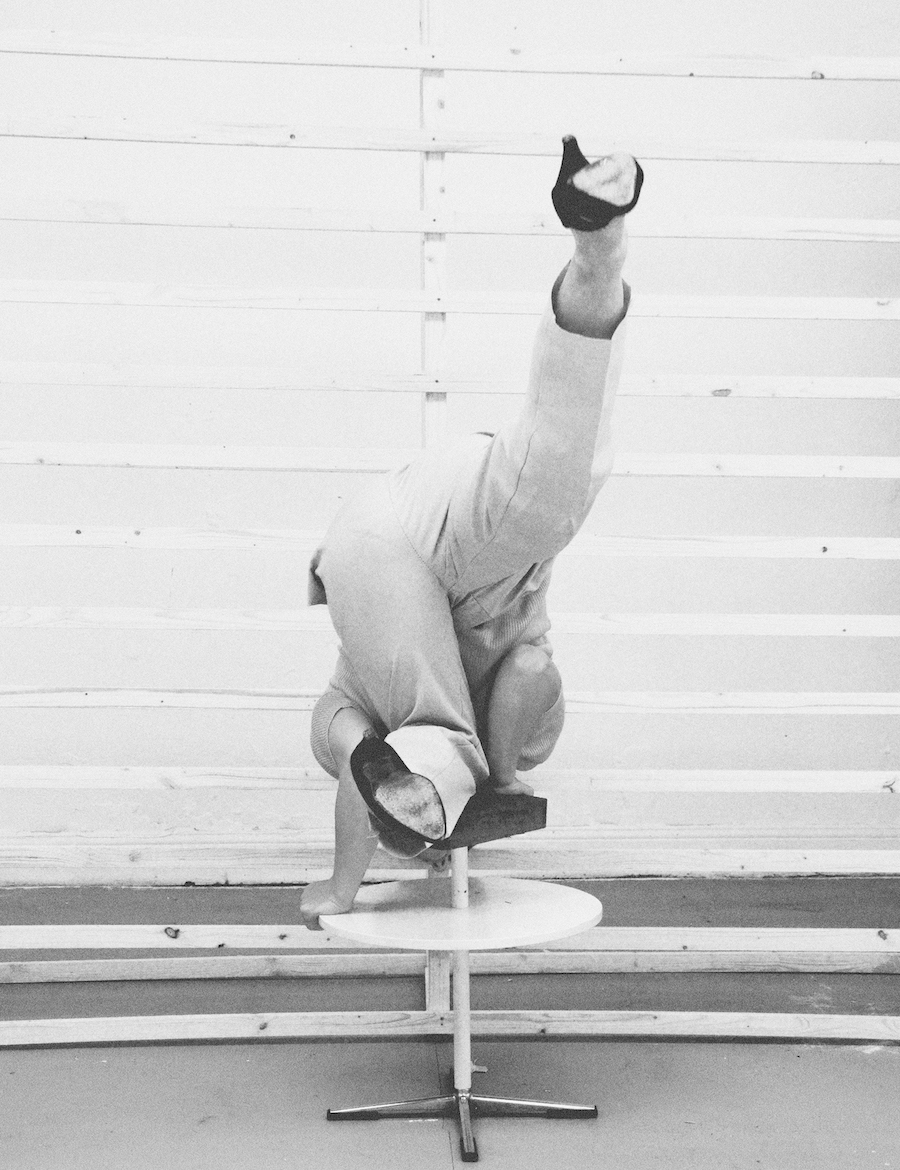 And Wenzel is not confined simply to a room. When she is photographed outside, the horizon line of some of her images are a dislocation to her action with considerations of Yves Klein’s “Leap Into the void” (1960) in which the French artist documented himself giving his form to gravity as it was pitched from the cornice stone of a brick gated building ground. That was a one-off and a performance aided by darkroom trickery. Isabelle pivots the viewer into a sense of uneasiness or disequilibrium with her work. This in turn forces the viewer to consider the repetition of her work as ritual, like bodies rolling around an Indian Temple. It is not a one-off. It is repeated and the gesture of her work and the gravity that it defies for the frame and camera are incredibly important aspects. 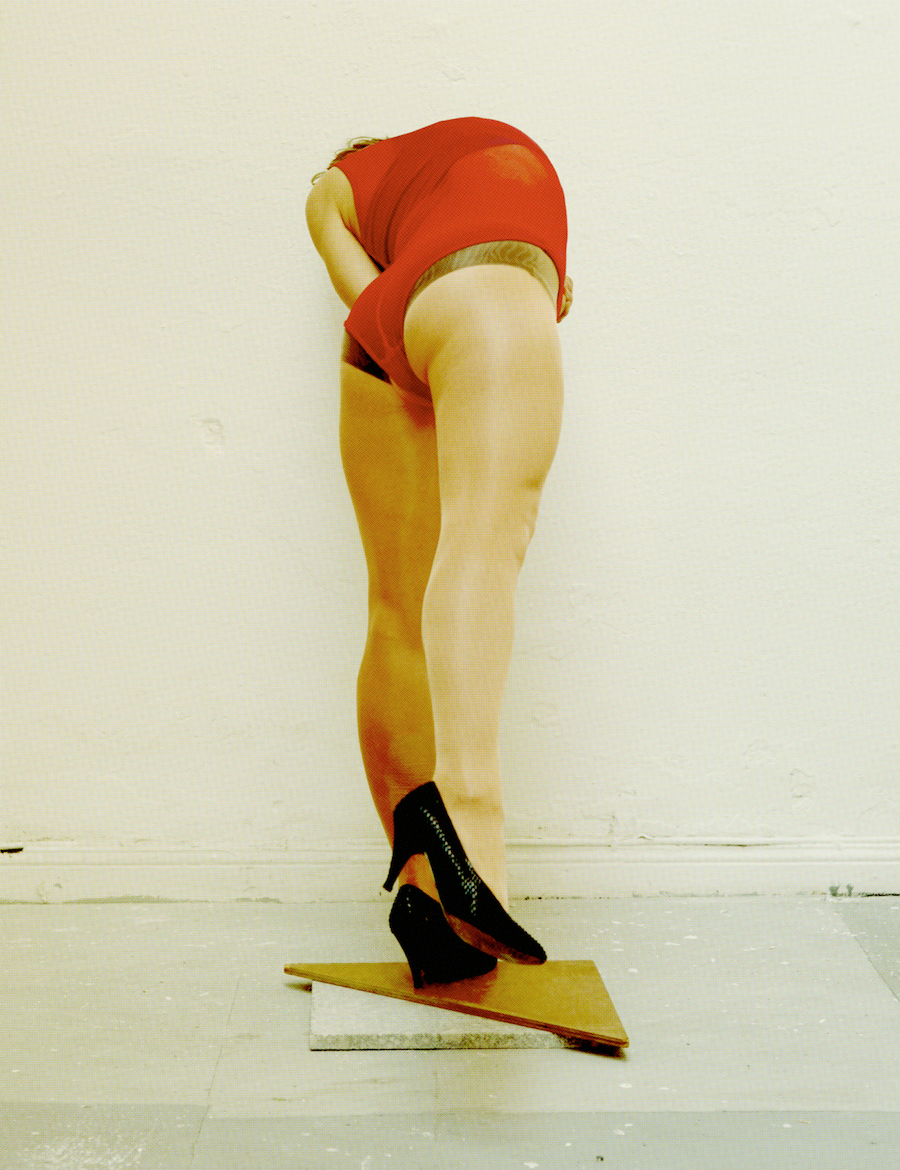 The third element that I want to mention in this work is Wenzel’s use of technology as a disruptor of what we consider “the photographic” elements of her work. She has elevated her practice to incorporate a “messiness” of television, VCR and laptop screen shots with camera flash refracting from the screen as part of the work. Historically, Wenzel has used the screen as way to show her moving images. Televisions etc. have been set up to render the animated portion of her work into a different category than is featured in her stills and in this book. The images feel jarring, out of place and purposefully synthetic which is at the core of their success. 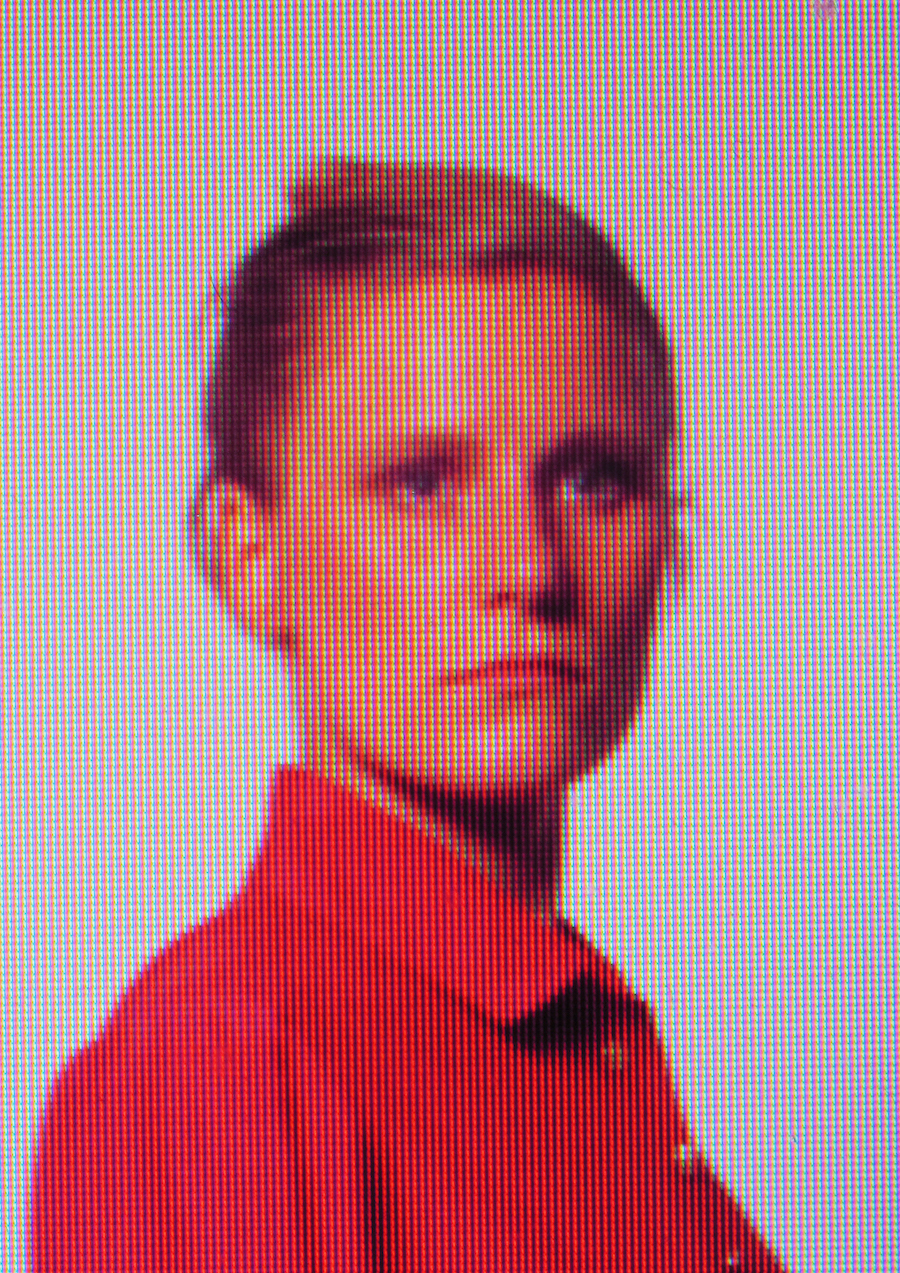 This use of what is now outdated or abused rendering of her form on a screen is a new(ish) element and it begs questions between the synthesis of how we view our selves and our screen selves. It casts aspersions to the dislocation between self, performance and transmission in a questioning manner that suggests we reconsider our bodies as data, our form as malleable by screens and observation, much like her sculptural rituals. In effect the images of her screen life is fraught with a tension that exceeds her performance centering on her ghostly visage. 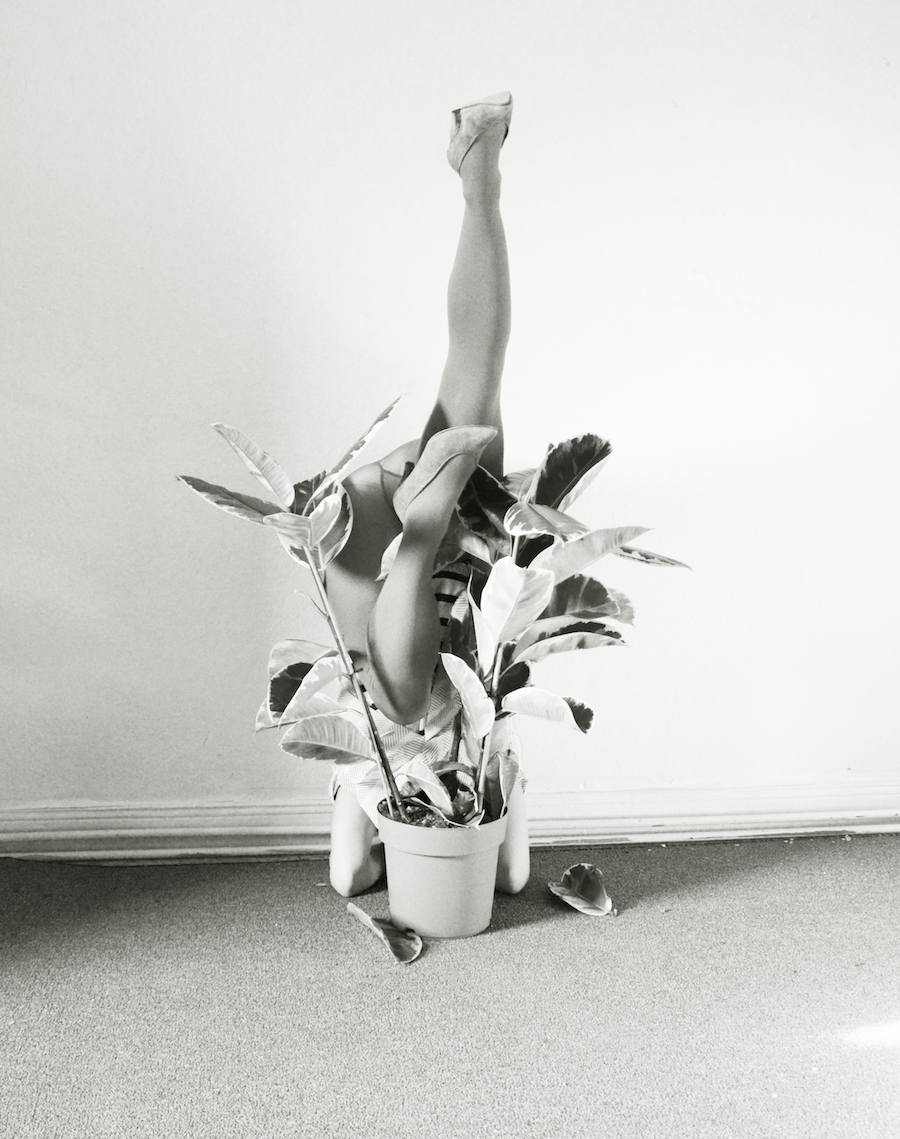 She is seen frontally examining the world outside of the screen frame, confrontational and her image is registered as a miasmatic version of her self trapped in the ether of digital form. It gives scope to her full body rituals and asks the viewers to regard everything within as shamanistic. This book is long overdue and is excellently put together by the APE team. It is a missing volume for me and its incredibly important to have a book that oscillates between notations of the self, the body and its byte-phantasmic form available in hymnal repetition. Highest Recommendation.