“We do not scream out in apathy. We look and we observe the condition that circulates our everyday. Stoicism is a front. It covers the mechanics of our suffering” 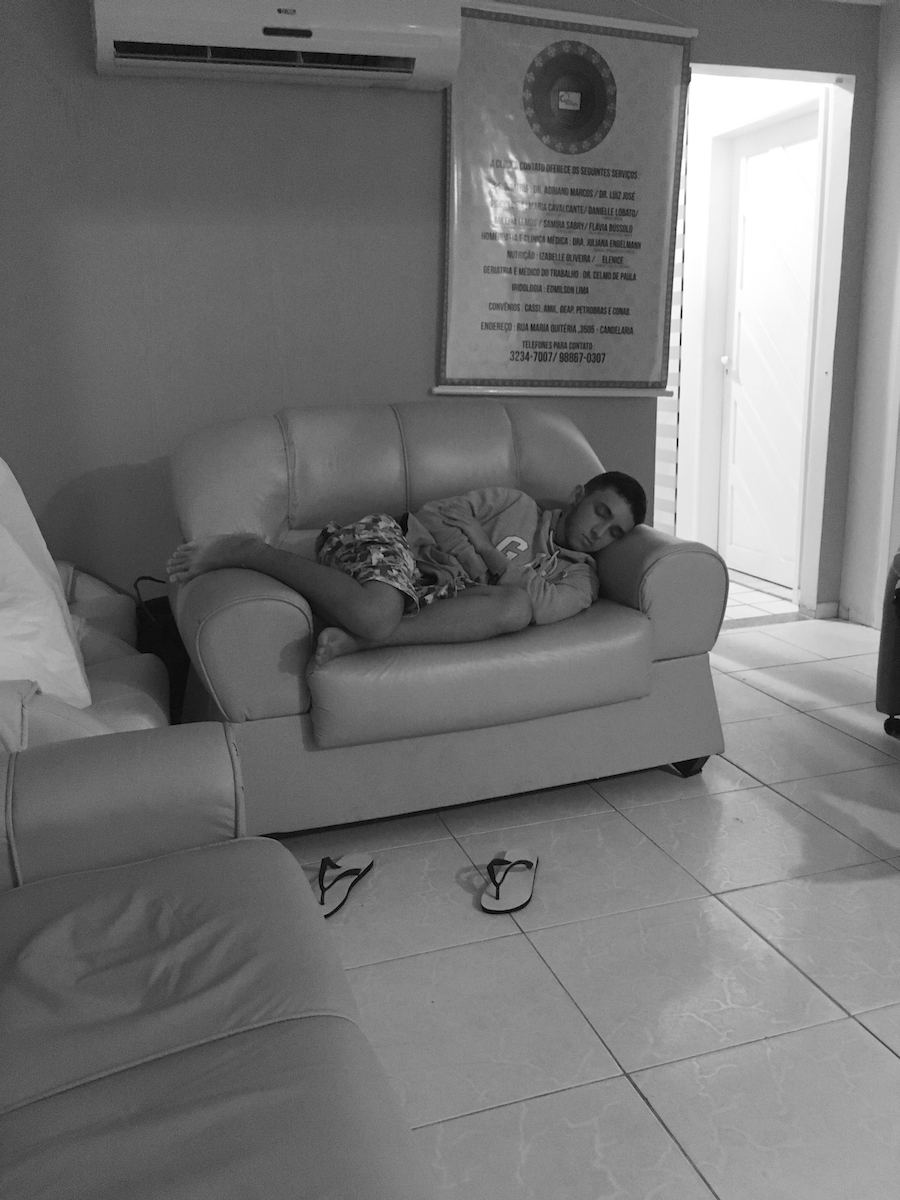 I would assert that some of the strongest works produced in photography are those in which something grave is laid bare and vulnerable on the cutting room floor as it were. The work does not need to be delicate, it also does not need to be filled with tears and pain. There are various conditions for which we exist. There is a gravity that is placed on our relationships and often we do not act out in principal against the tightening grip of this weight. We do not scream out in bitterness. We do not scream out in apathy. We look and we observe the condition that circulates our everyday. Stoicism is a front. It covers the mechanics of our suffering.

I think of Nan Goldin’s Ballad of Sexual Dependency for instance. There are tears in that book of course and there are larger claims on the work, but it exists to examine a moment and the relationships involved in that moment and the weight of those bouts of intimacy and their opposite dislocations. There is an atmosphere involved. It is like an invisible mist that you can feel. In the case of Ballad, Goldin’s family and her relationships are broadcast on a scale punctuated by the more fevered moments and also those distinguished picnics and nights out where the laughter over-rages the thread of sorrow within. 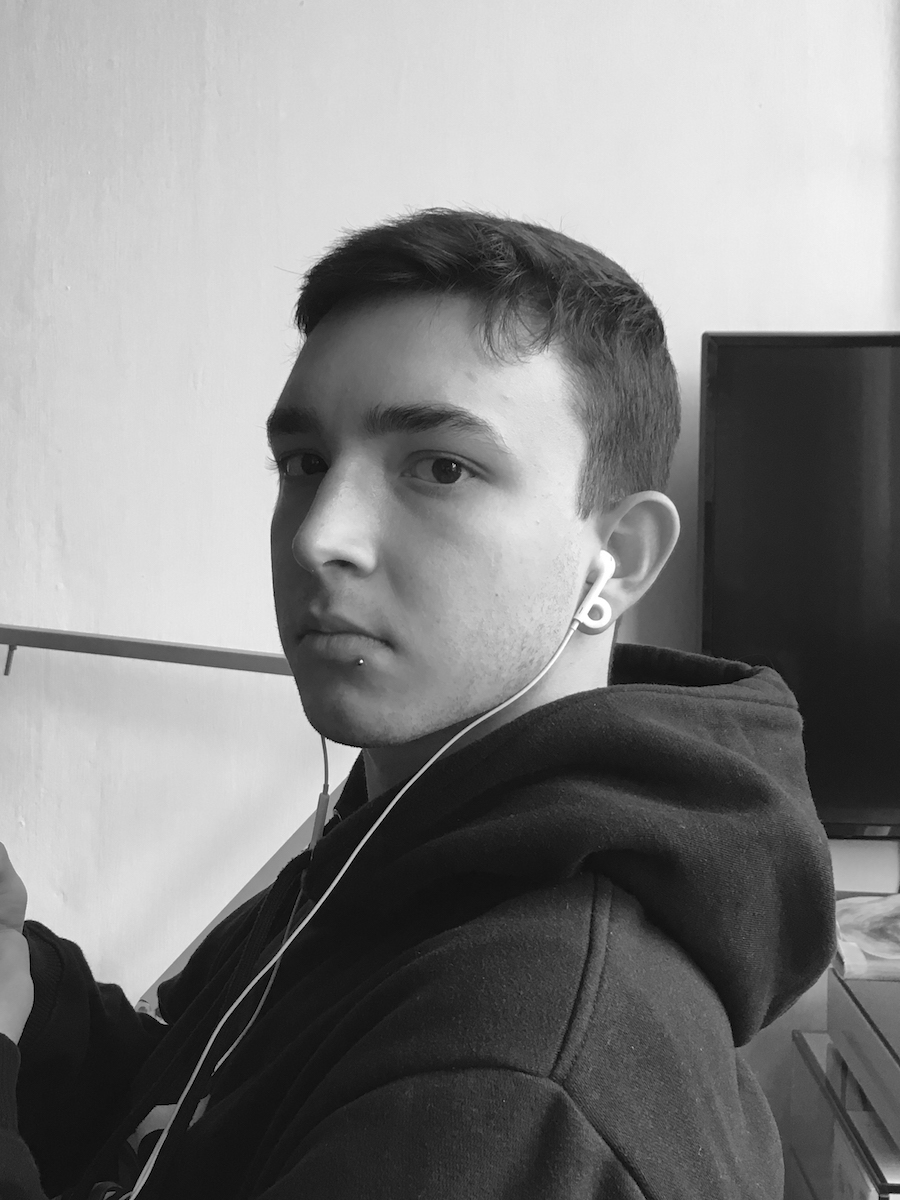 I am positive there is a larger list of family books to consider in which the dynamic of domestic behaviourism can be studied in a more minute detail. We could drum up a comprehensive guide to reading the cracks of our domestic failures through the history of photography swollen eye lids, thrown felines and all. I would suggest there would be no shortage of grave things laid bare. Some of this vulnerability is not so easily seen at first glance. Again, Stoicism relates the emotional state to a countenance that defies an easy read.

Erik van der Weijde is an artist whom I gravely admire. Known for his very focused and single topic books of adjacent typologies, his work is consistent, often historically brave and wavers between his mediations on his family, European history and at times architecture and other kitsch motivations. He has been releasing books, zines and assorted investigations and publications for a couple of decades now and his work never fails to disappoint. For the most part, I have been collecting his books regarding the European history side of his output. Books like Seidlung for example have been on my shelves for years. I am also a huge fan of his Subway Magazine, which mashes all of his nostalgias into one grinder with contributors adding more layers to the puzzle.

I have been luck enough to receive his most recent book Lithium which is a lucid observation about his son who is now a full-fledged young man in his late teens. The images in the book were made between 2018-2019, mostly in Europe. The previous books that featured his son were mostly produced in Brazil where Erik, who is Dutch has lived for the past couple of decades with his wife, son and dog. Lithium is a book about the relationship between Erik and his son after a decision to return to Europe that would estrange him and his family. This is a book of change. This is a book of doubt, confusion and loss. 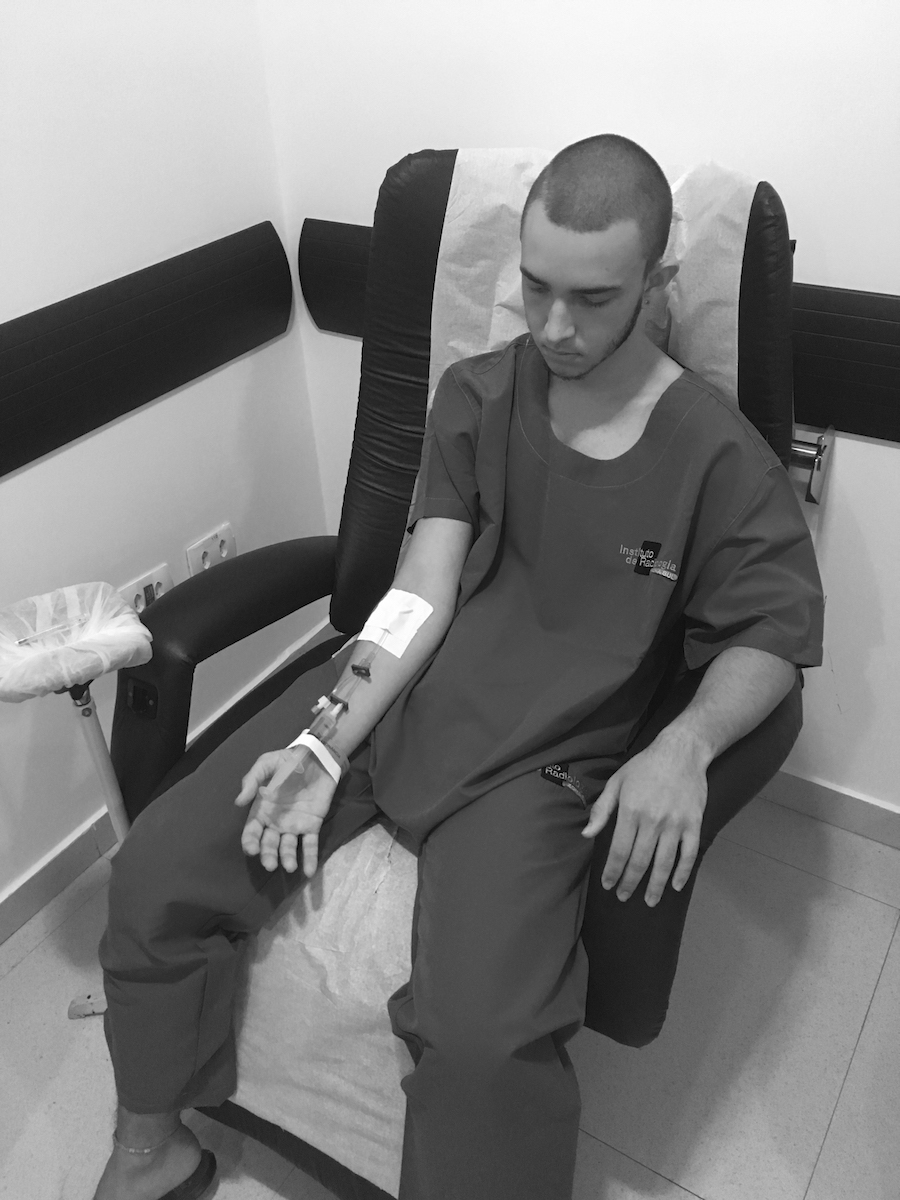 There seems to be a silent veil that hovers over the way in which father and son observes one another in Lithium. It is as if words will be too difficult to muster in the assessment of their departure and that the moment held in Erik’s lens is an act of emotional survival between the two of them. You feel as though words might fail where images, even if not enough, might give insight later. It is as if they are produced for all three conditions of time simultaneously. The past images of his son are now caught up to date. The current moment examines the strain of their oncoming distance and finally, there is some hope that this exchange can be read from a future that is less bleak.

“There seems to be a silent veil that hovers over the way in which father and son observes one another in Lithium. It is as if words will be too difficult to muster in the assessment of their departure and that the moment held in Erik’s lens is an act of emotional survival between the two of them”

It would be incorrect for me to assume that the value of the title and its pharmaceutic nomenclature derive from the substance’s use by either or both parties though I am acutely aware of the reality of this work. I simply think that is between the collaborators.  I think of Lithium as a numbing agent, a chemical partition from emotion that is used to deaden the weight of the unbearable, the polar etc. The word has obvious associations with Nirvana’s Nevermind, which is also a generational nod perhaps even between father and son. I have some speculative ideas about it, but it does not enforce anything more than that. 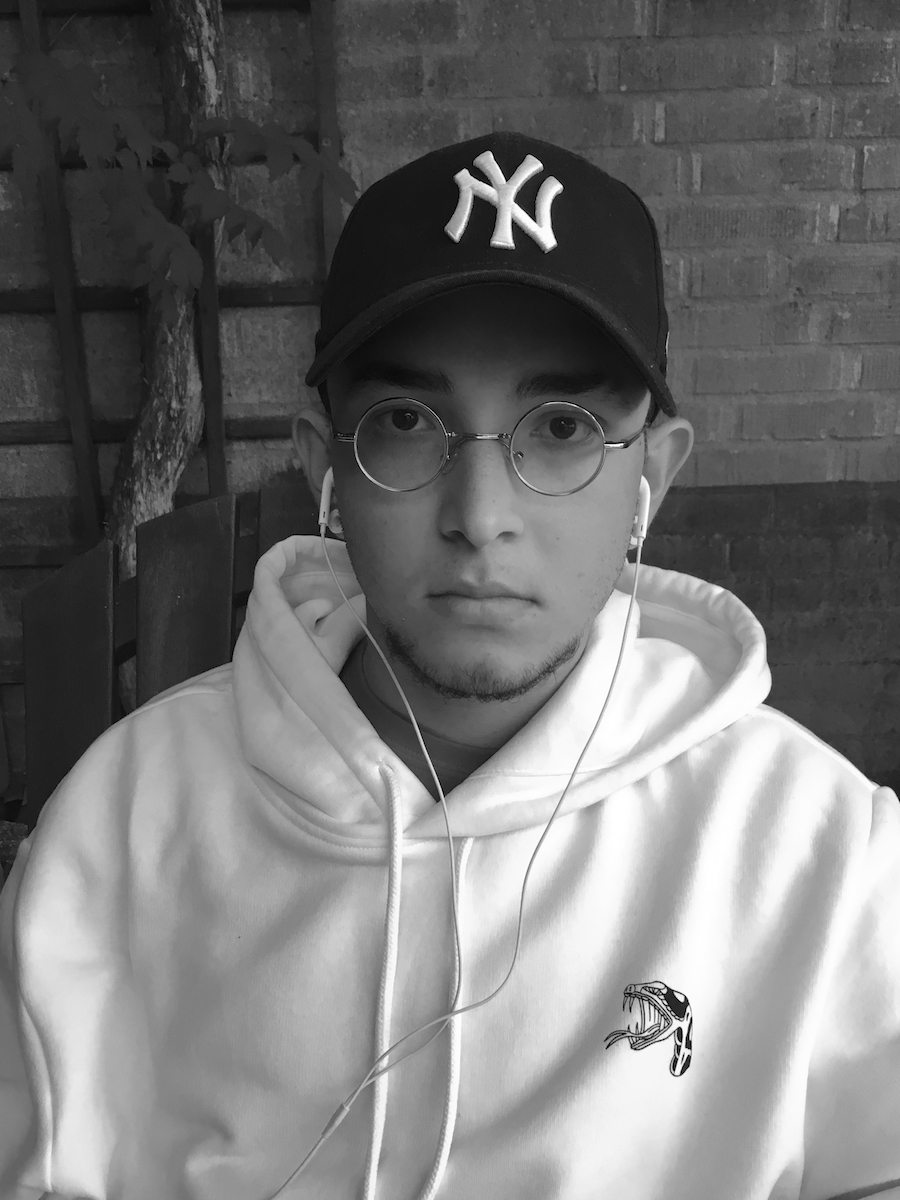 The portraits of Erik’s son in the book are stark and straight-forward, reminiscent in a strange way of Juergen Teller’s portraits. In places I am reminded of their bare honesty. They look as though any external reality has been scraped from them in some cases. Instead, they act as a mirror, a condition and a bond of longing and repulsion often associated with gazing at the self while acknowledging time’s passing. Erik’s son, though proven of distraction still acknowledges his role in the relationship with his direct gaze no matter the headphones, no matter the phone in hand. 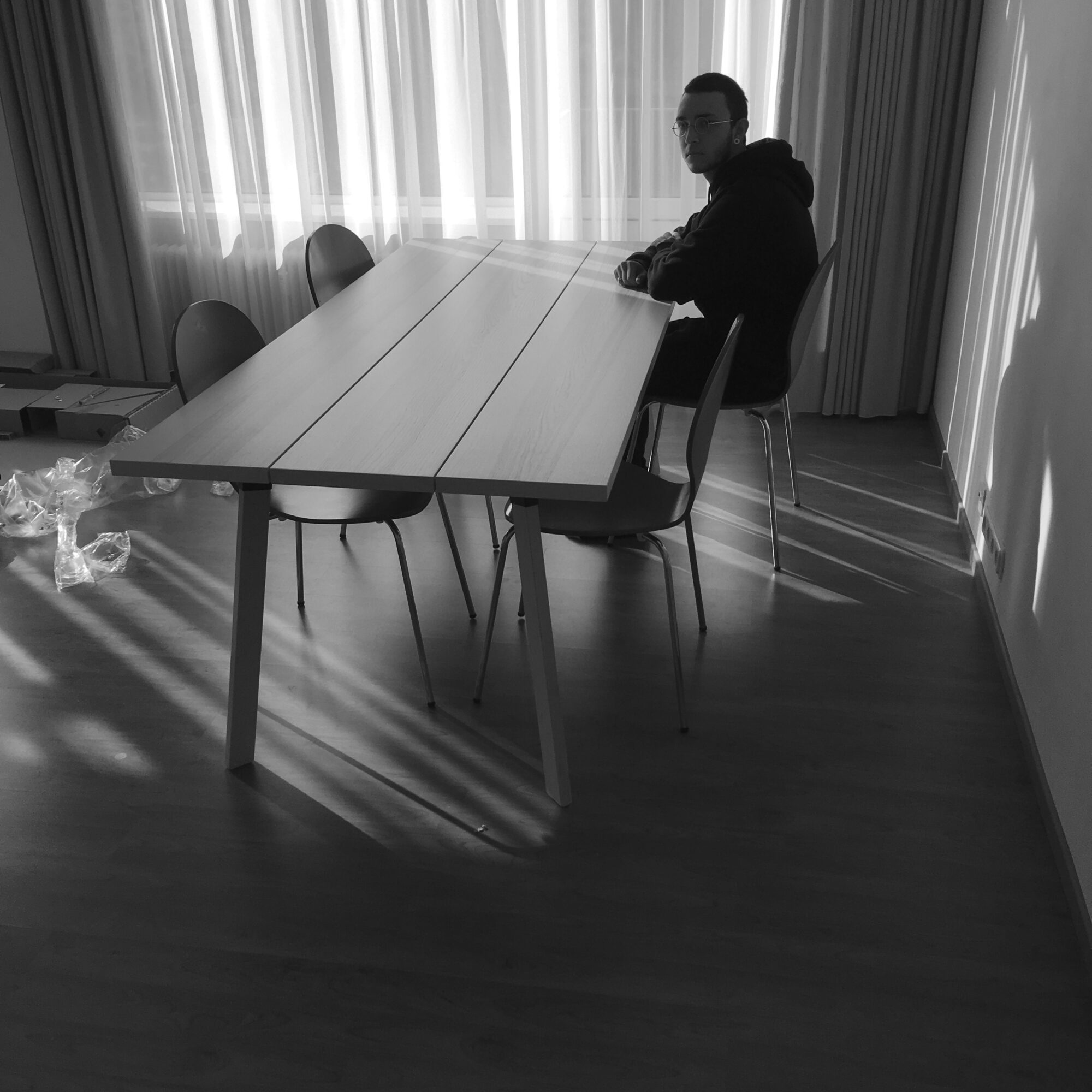 These images are bittersweet, but that future tense from which we hope these images will be revisited is incredibly important to helping to keep the book hopeful, which Erik is successful at. And how can he not be given the intimacy involved? This is an important book and in some ways it marks a changing chapter in Erik’s life and work.. Its minimum and the transference of its conceptual framework is there, especially if you know Erik’s other work. Highly Recommended!