“There is an emphasis on banality, but also the whispered markings of the south with dead deer and hand-painted signage”

William Eggleston 414 is a compelling book for what it is and what it is not. At first, when I saw the title in the Steidl catalogue, I simply thought it was a collaboration between all three parties named on the spine of the book. Knowing Jurgen Teller has collaborated with photographers before such as Araki and that Harmony Korine has also done the same with Christopher Wool on Pass the Bitch Chicken, it did not seem unreasonable to find all three mentioned making a book in passing-something without much drive outside of the self-referential. I had suspected the pathway would be fairly simple and without much artifice. However, William Eggleston is not one of the artists who is making images in the book and that is interesting when you examine the book. Instead, there inside, there is an homage or an adoration of the master during the trios road trip from Memphis to Mississippi. 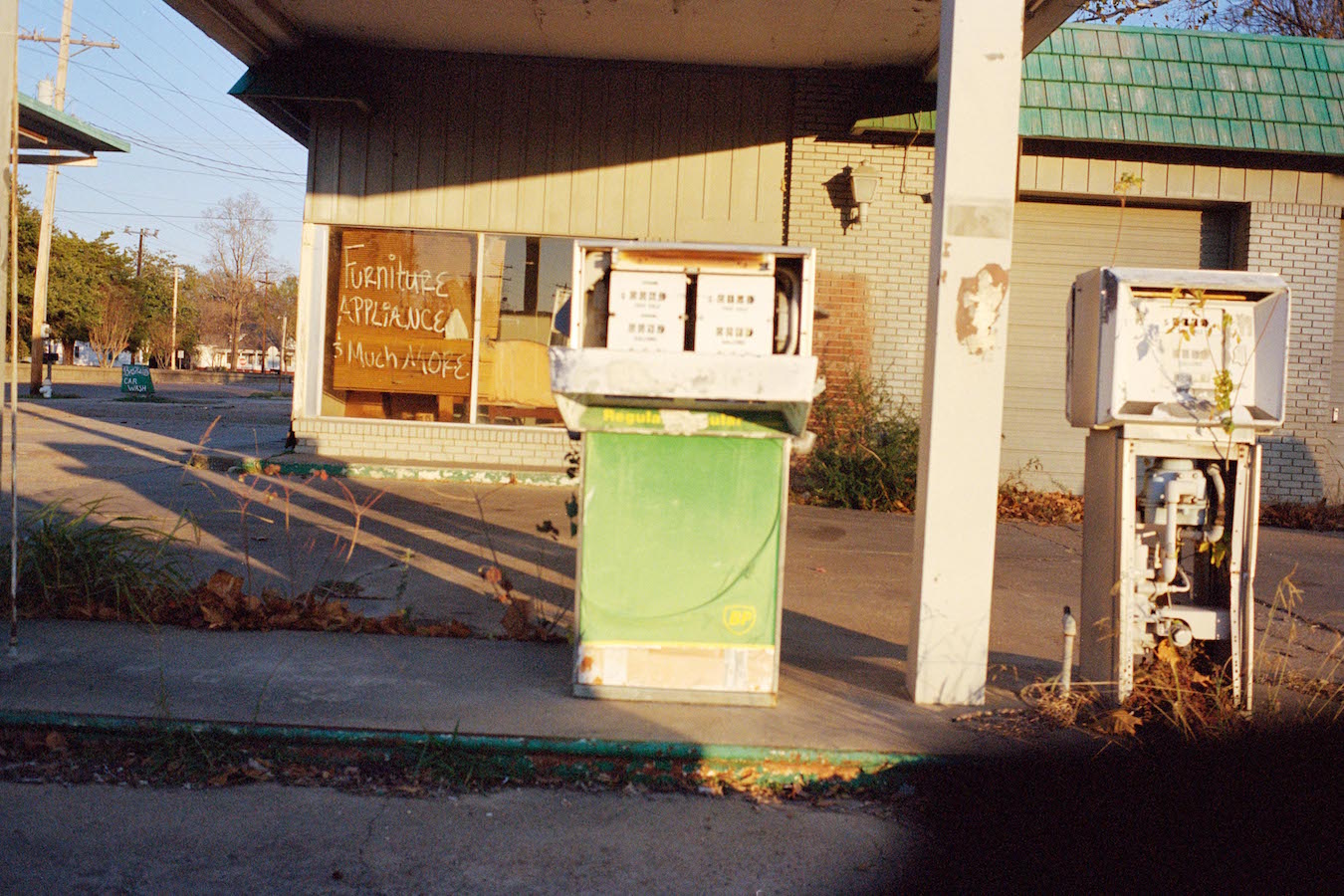 What is striking about the title is that the two artists making the images (Korine and Teller), is that they manage to interweave their photos in a manner that is convincing enough to feel Egglestonian. It is not overly pronounced and certainly it feels looser than Eggleston’s images, but certain technical considerations prevail towards the emulation of the master’s work. The images are shot in color with rectangular frames and there is a subtle overture towards awkward composition and the autumnal light in the images that harkens back to Eggleston at his apex in terms of creation. There is an emphasis on banality, but also the whispered markings of the south with dead deer and hand-painted signage.

A number of the images concentrate on all parties involved, including some humorous images of Eggleston’s son Winston who sticks out like a sore thumb in the coterie of artists. In one photograph, you can see his bulk entering the frame of a kitchen in his dad khaki’s and fleece under a sign pronouncing “Judgment is Coming”. I cannot be sure who shot that image, but I am pretty sure Teller’s mirth shines through and you get the sense that Winston’s presence is something of the awkward stiff at the party. Of course, that is not to take away from the images or Winston himself, but when you see the other actors on the stage, you see a particular interlacing of their appearances, their interactions laying on beds, drinking, and consulting the often bleak and dissolute landscape of the American south. 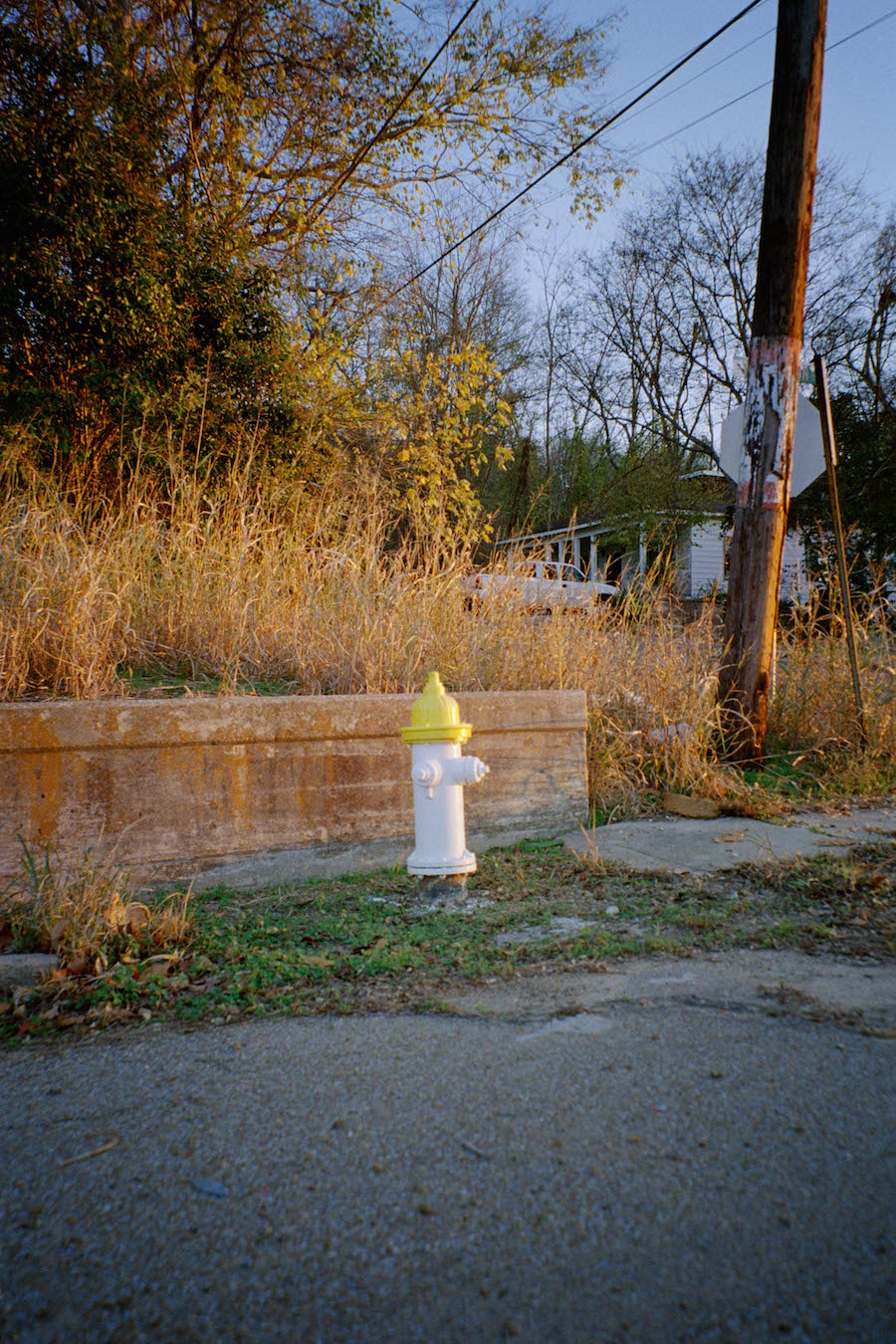 The principal movement of the book is based around a trip the crew took from Memphis to Mississippi which in remarking on the purpose thereof, Eggleston allegedly tells Teller “I wanted to show you nothing”. The remark is deceptive in the way in which we can unpack the word nothing. Eggleston was born in Memphis, but was raised in Sumner, Mississippi. There is of course the book that Eggleston produced “Faulkner’s Mississippi” to remind us of this. It is hard to tell when the group arrives in Mississippi within the book, but the nothing that Eggleston speaks of is present through the images of small town decay, backyards strewn with junk and a number of overgrown edges of lawns coupled with the obligatory visit to the cemetery-a location that plays into the historical works of both Teller and Eggleston. If you will recall, both artists have used a cemetery on the cover of their books in the past- Nackig auf dem Fussballplatz and Ancient and Modern, respectively.

“with the obligatory visit to the cemetery-a location that plays into the historical works of both Teller and Eggleston. If you will recall, both artists have used a cemetery on the cover of their books in the past- Nackig auf dem Fussballplatz and Ancient and Modern, respectively“ 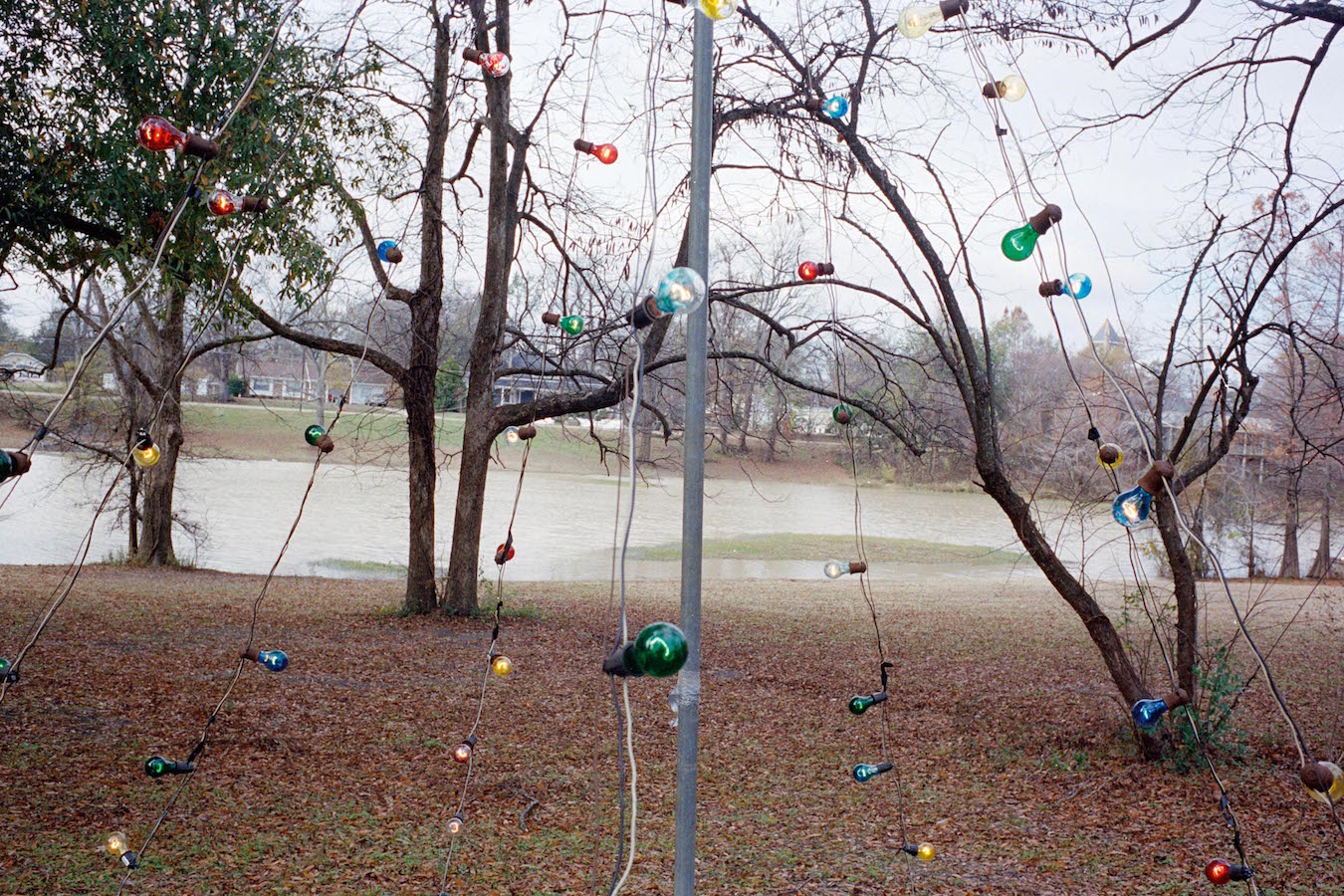 You get the sense, that even though Eggleston is with us now in 2020 and that this journey was as much about friendship as paying respects, that there is something taciturn in Eggleston’s intentions to wander. I would suggest from my forensic apologia of the images that Bill doesn’t speak often and that when he wants you to know he cares, he will offer a hand or gesture to lie on the bed within him and drift eyeless together into the ceiling of the room and that his more lucid moments are at the  breakfast table with a cigarette and some coffee. The trip feels like a mis-applied or chronologically foreshadowed swan song.

There are moments of tenderness in the book, but even those are distilled into a strange sensation when you see Eggleston in frame-notably the image of Winston taking off his father’s shoes where you cannot undo the feeling of a strange drunken momentary apathy when you consider Sr’s gaze. This is to suggest a moment, not a mantra, but this chilling interplay becomes part of the off puzzle of the work as much as the images of the other artists and the location they examine. It is a road trip and one should probably not read too far into it. To that point, the format of the book and its glossy cover reminds one of early versions of The Americans- the toothpaste blue color is also reminiscent of the first edition of Frank’s opus. 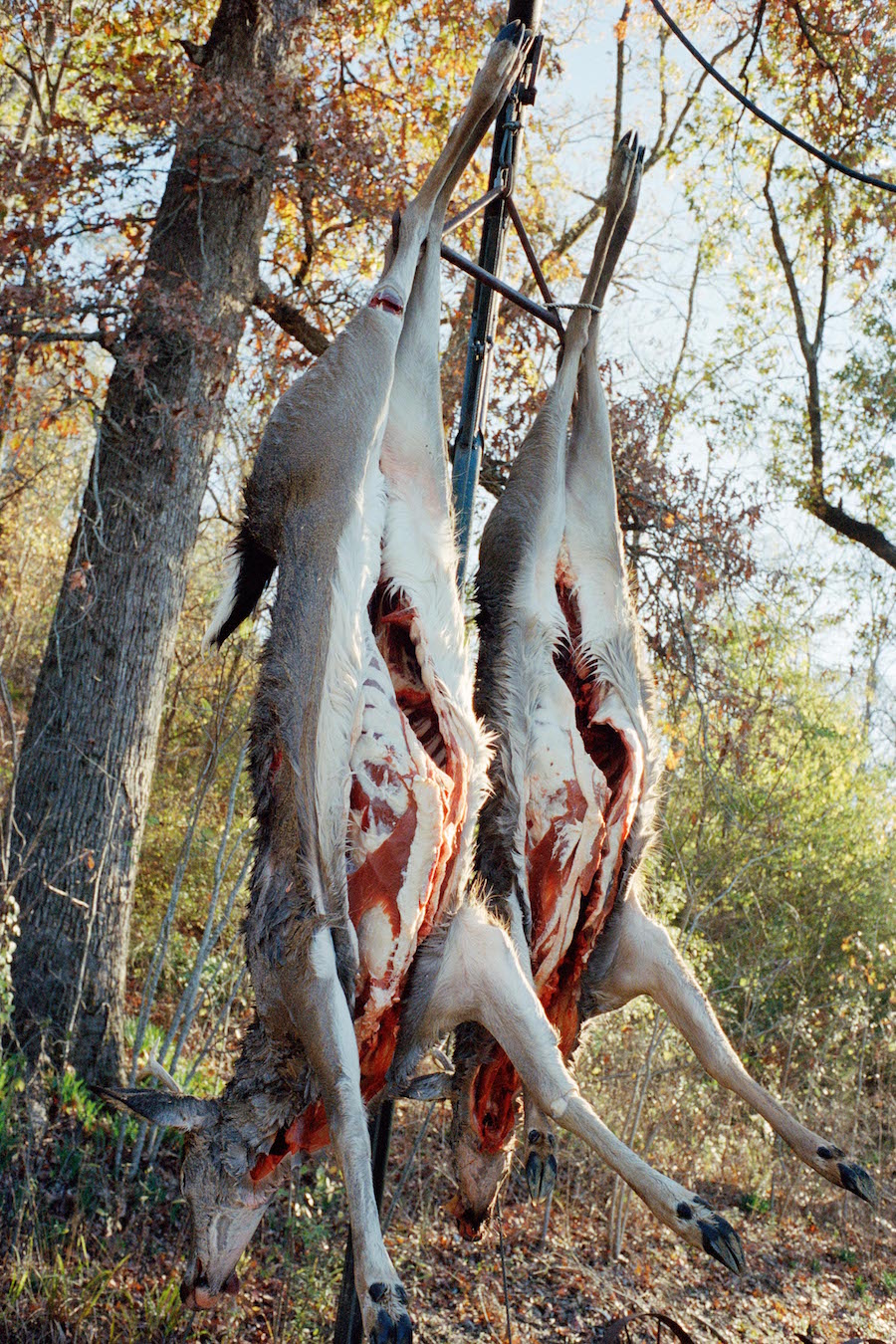 A number of other images make the book successful and recall it from the edge of what could easily be considered banal. There are a couple of images of Eggleston poising himself toward a paint peeled pink ape shot by Korine if I were to guess. The image shows Eggleston consulting the ape in profile as if he remembers its presence from his youth and he is stoically considering its metaphorical value to his life as opposed to the strange presence it creates. This is followed a page or so later by a photograph, again thought to be shot by Korine of the ape head on as if to see how Bill saw the object, the talisman pre-possessed of a supernatural order that only Bill himself can unlock. It is recorded none the less.

At the end of the book come two surprises which function to strengthen the overall importance of the journey. First, there is the recognition of William Eggleston 414 is a room door. The image of it adorns the cover eponymously to which we can only intuit what lies behind, which I suspect is the music studio/man cave that we see in the following frames. I cannot escape the Kubrick reference of Room 237 somehow. This door with the gold embossment of William Eggleston 414 is where both Korine and Teller will have their pictures taken from nearly the same height leading me to suspect a compulsory cementing of the journey and the collaboration as I am convinced that Bill took these images which has given both Korine and Teller great joy. I could be wrong here and it could be Teller shooting Korine and vice versa. 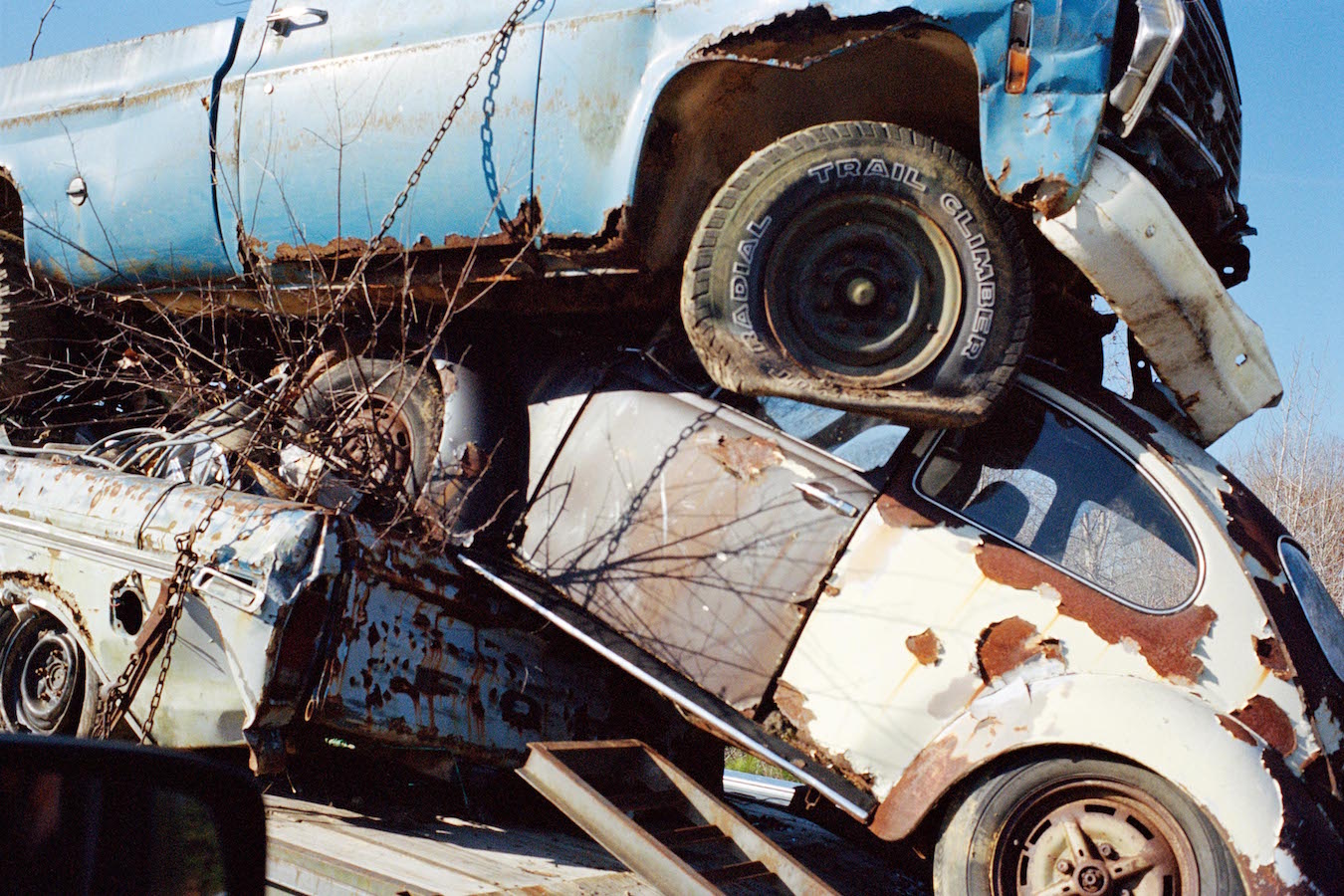 Finally, the book closes out with a series of Bill caught in movement. This is interesting as its serialzed extension within the book lasts for 8 pages and is clearly at the end of a great round of drinks, but you can tell Bill has heard a particular piece of music that features piano and his intellectual and audio life stimulate his often prone or dis-animated body to mimic the playing of an imaginary piano in front of the lens. The images are shot from where Winston had just removed his father’s shoes and I suspect that again, Teller has seen the moment and is capturing an excitable overture from the master. 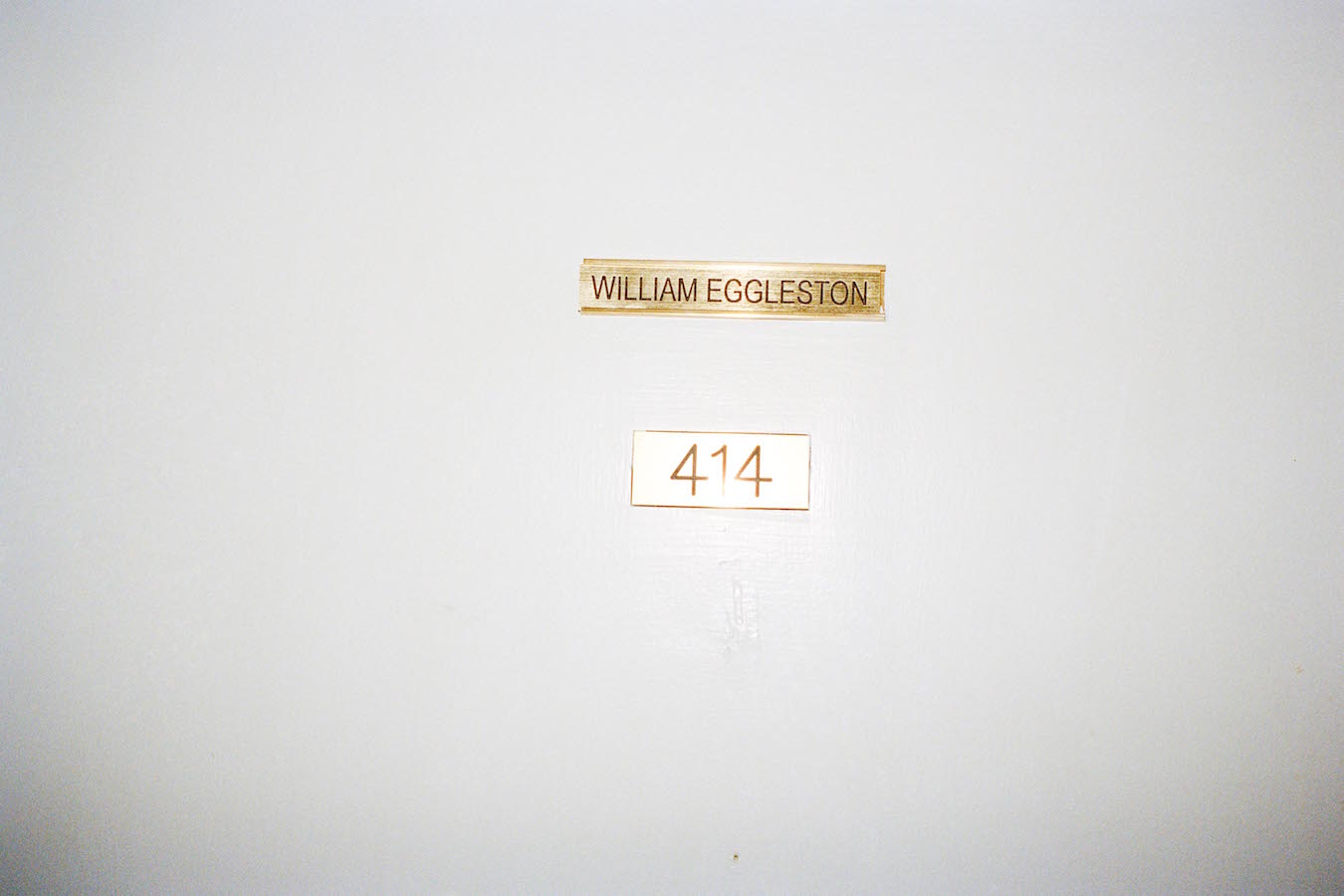 I will conclude in summary that the book for which I carried some doubt in my asking for to review has defied all expectations and instead led to a contrary examination of its charms. In fact, it is probably one of my favorite books of the year. It is understated and there is quite a bit of nuance to the images and the design of the book extends it past the obvious notion of a simple road trip or homage to the Bill the master. All subjects involved either behind or in front of the lens, including Mississippi itself play a large part.

It is the kind of book that usually comes out after someone passes away in memorium. That we sit here a decade later after the trip (2010) and all parties are with us in the year 2020 makes it feel somewhat like a delayed premonition and may I be wrong on that notion in the short term. It is a sensitive book of means and I thoroughly recommend it for the cadence in making images that proffer humour and the levity of chaos and disobedience to be anything for anybody other than those directly involved. Highly Recommended. 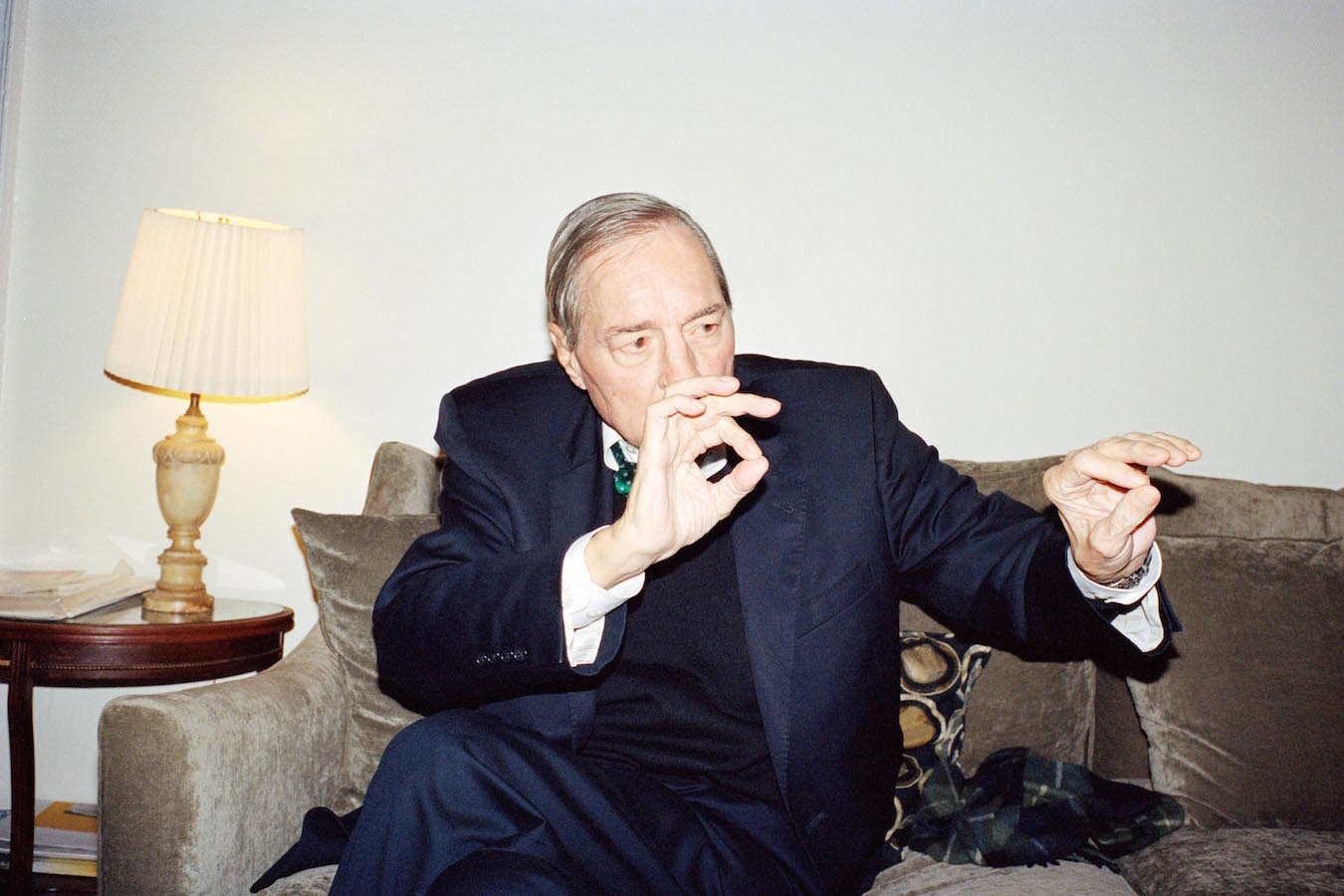