“During these moments of quiet solitude in the bitter January cold, a transformation of emphasis on how I began to re-order the world was beginning, but I did not completely understand its momentum”

Childbearing presents a compulsion to re-order the world. You begin to notice things differently. This is due in course to the tremendous psychological transition that you make when becoming a parent. It is present during the lead up to the moment, but its real gravity begins to assert itself upon delivery of your progeny. I believe this may be somewhat different between the parents, the mother for obvious reasons bearing a different weight of care and condition. 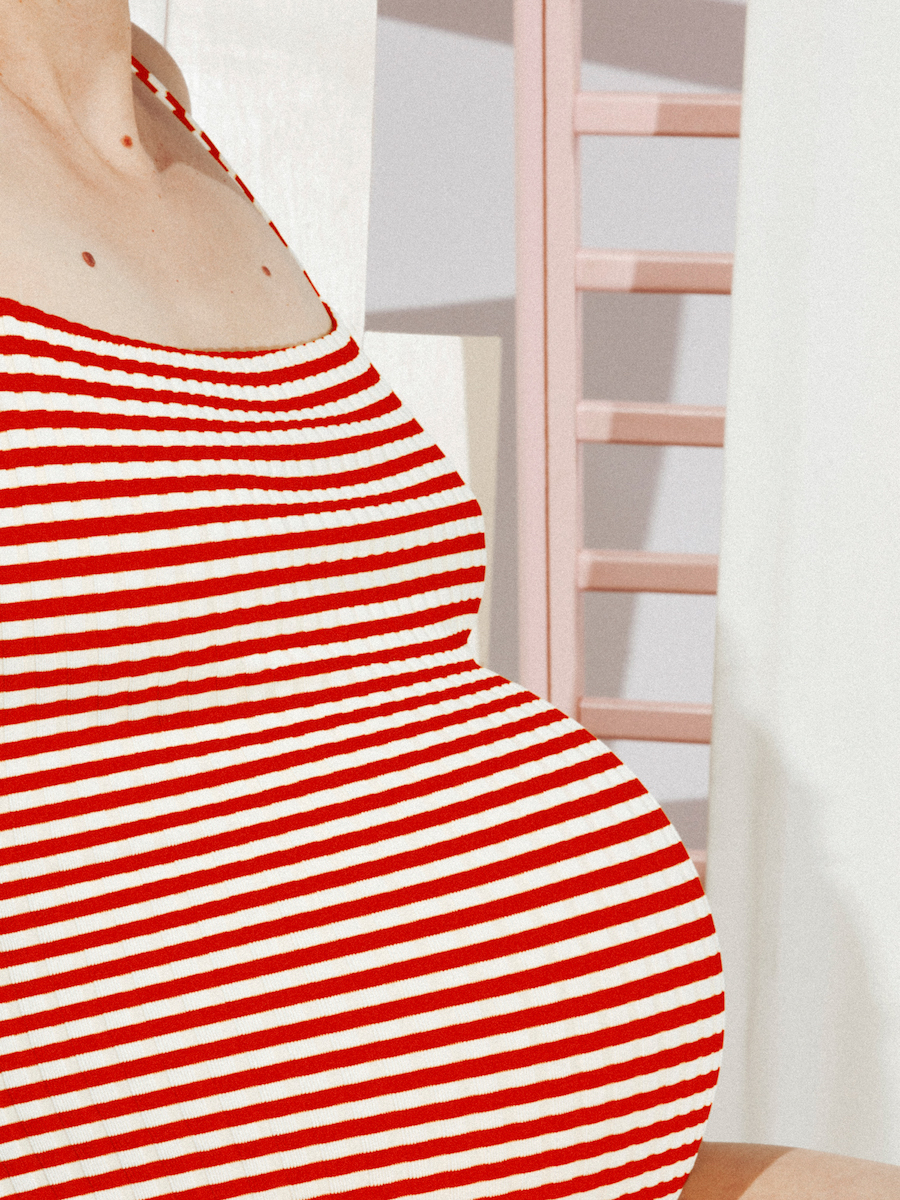 When I became a father, I remember the vivid trekking to the hospital on the lead up to the moment. I live in Europe and it should be noted that child birthing is less expensive than America from where I am from, so we, well my partner mostly, had the gravitas of a stay before and after in the hospital without the compacted knowledge of financial dissolve that is often accompanied by American birthing. The reason that I mention it is that the hospital, which was not so far away was achievable by bus or foot as we do not own a car. Every day, I would walk to the hospital before and after to check in and see how my budding family was doing. During these moments of quiet solitude in the bitter January cold, a transformation of emphasis on how I began to re-order the world was beginning, but I did not completely understand its momentum.

I would not fully understand the challenge to what I believed had importance both visual and intellectually until after the haze and smoke cleared of the first year. In the first year, you are transforming your priorities and much of the external references to the production of art feels somehow unnecessary, egoistic and often contentious to pursue. The importance lies in the strategy for survival for both the infant and your own sanity, sleep-depraved and at times oscillating between joy and an unknown melancholy of being. Of these moments of thinness and empathy is born a new condition to examine the world in whole, not the relative summation of daunting mechanical cogs and parts. Your ability to detect nuance is heightened and reason of form, shape, composition and the weight of meaning are characterized by regarding the meta-narratives the life offers. 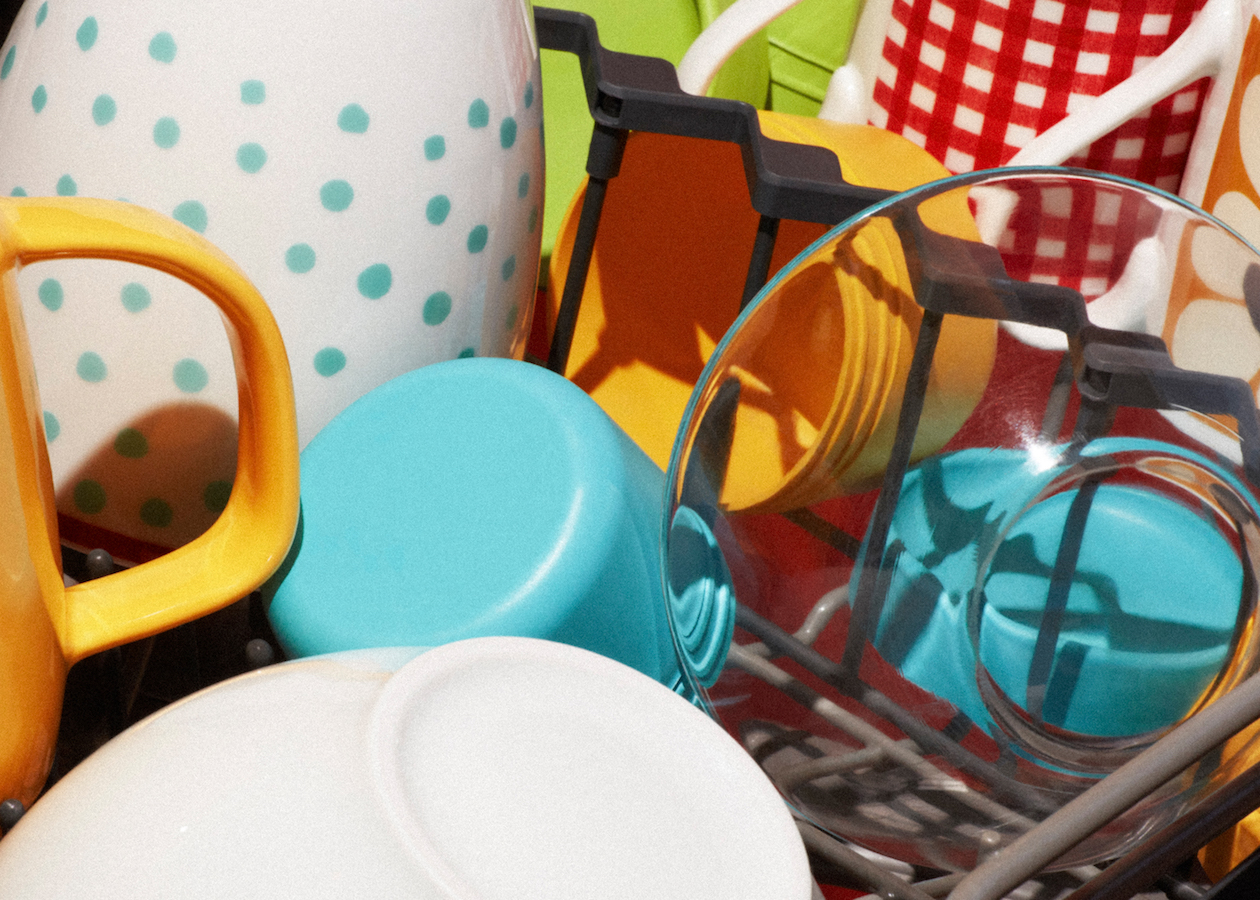 In my process of becoming a parent, I would begin to see pattern, recognize form and regard function through the embodiment of childhood objects, clothing and toys. The building blocks of my son’s fumbling hands would look like possible sculptures. His books would be alien and somehow filled with potential for narrative and illustration alike and the physical world of his body, its pruning, cutting of hair and toenails would become a ritual that would exemplify touch and the tactile bonds of closeness that as a single adult had eluded me but for the mechanisms of biologicals sexual compulsions previously spent on nights out, cigarettes and vast quantities of social lubrications such as whiskey and pills. The intimacy of being with your progeny shares something that is unassuming from the outside, but the bond of which is nearly inexplicable-the smells, sounds of cooing etc. become a hardwired and almost defenseless motivation for love and protection. 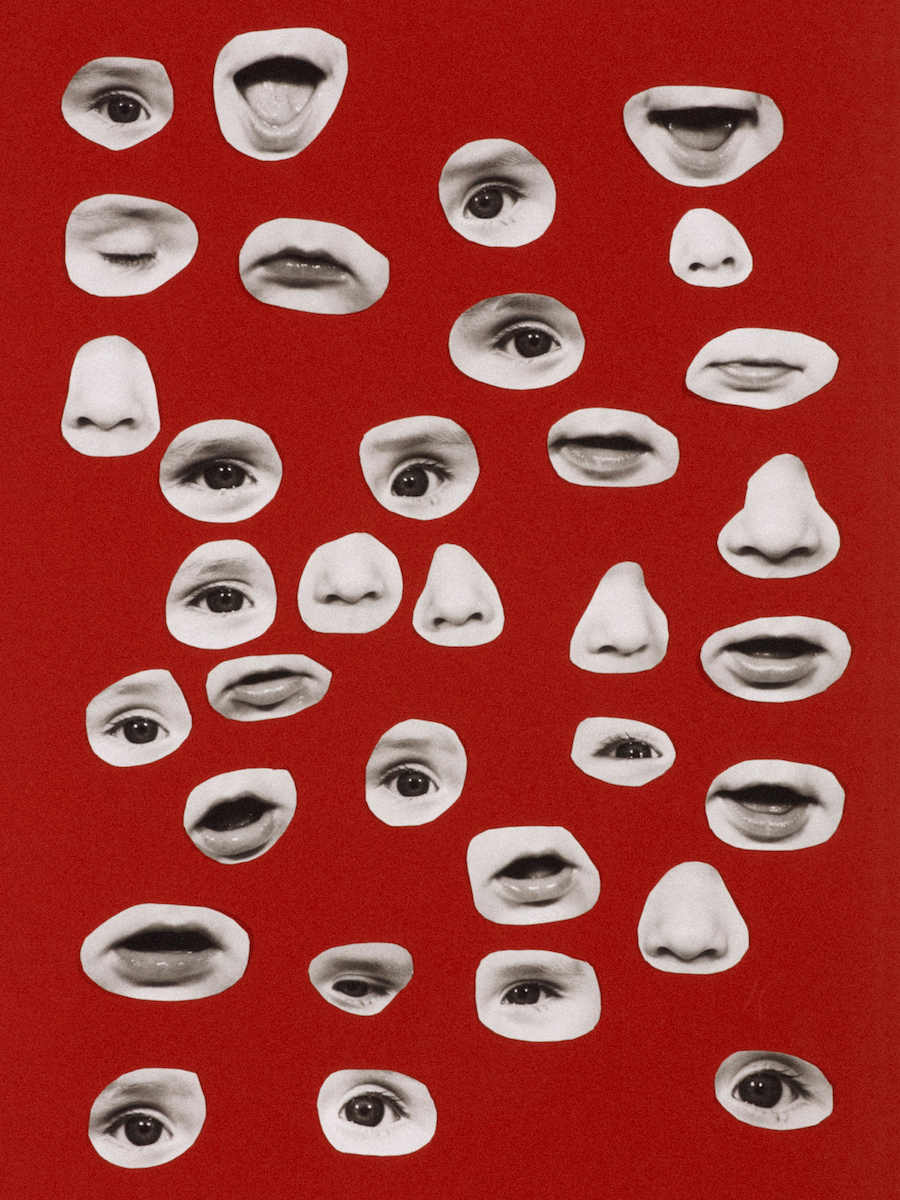 In becoming a parent, I had learned that all of this intimacy is not singular. Parents tend to understand the terrain of other parents, which is why they fraternize and speak a language that differs to the variant of themselves as non-parents. Drives and responsibilities change. Within the role of art, not too much is different. You begin to understand the value of the time that you have and in the early years, you use the moments of freedom when a child sleeps to think through the experience, but also how the familiarity of imagery, toys and story books inform a potential towards reflection and the production of new work.

“You begin to understand the value of the time that you have and in the early years, you use the moments of freedom when a child sleeps to think through the experience, but also how the familiarity of imagery, toys and story books inform a potential towards reflection and the production of new work”

Adrian Samson’s Mother (Rollo, 2020) is a perfect example of this movement towards recognizing the value in the world of parenting that comes with the early years. The book is a not celebration of new life, but rather the function of parenthood as an oblique strategy for making new work or thinking through the re-ordering of the artist’s visual world while raising young children. Lavishly illustrated with many beautifully saturated color photographs and sensitive monochrome images and collages, Samson’s book is a reaction to the world around these early moments. It is a book of form and something that most parents will recognize when they pick it up and yet it feels like an oddly contemporary gesture to tropes of contemporary photographic plasticity-the hyper real images are collaged, cut out and objects float in a refreshing taxonomy of humane interest. There are grids of a child’s hand, the sequences of early typography and alphabet patterns. There are fruit stand-ins for fecund bellies of the mother and the metaphorical sequence thereof. 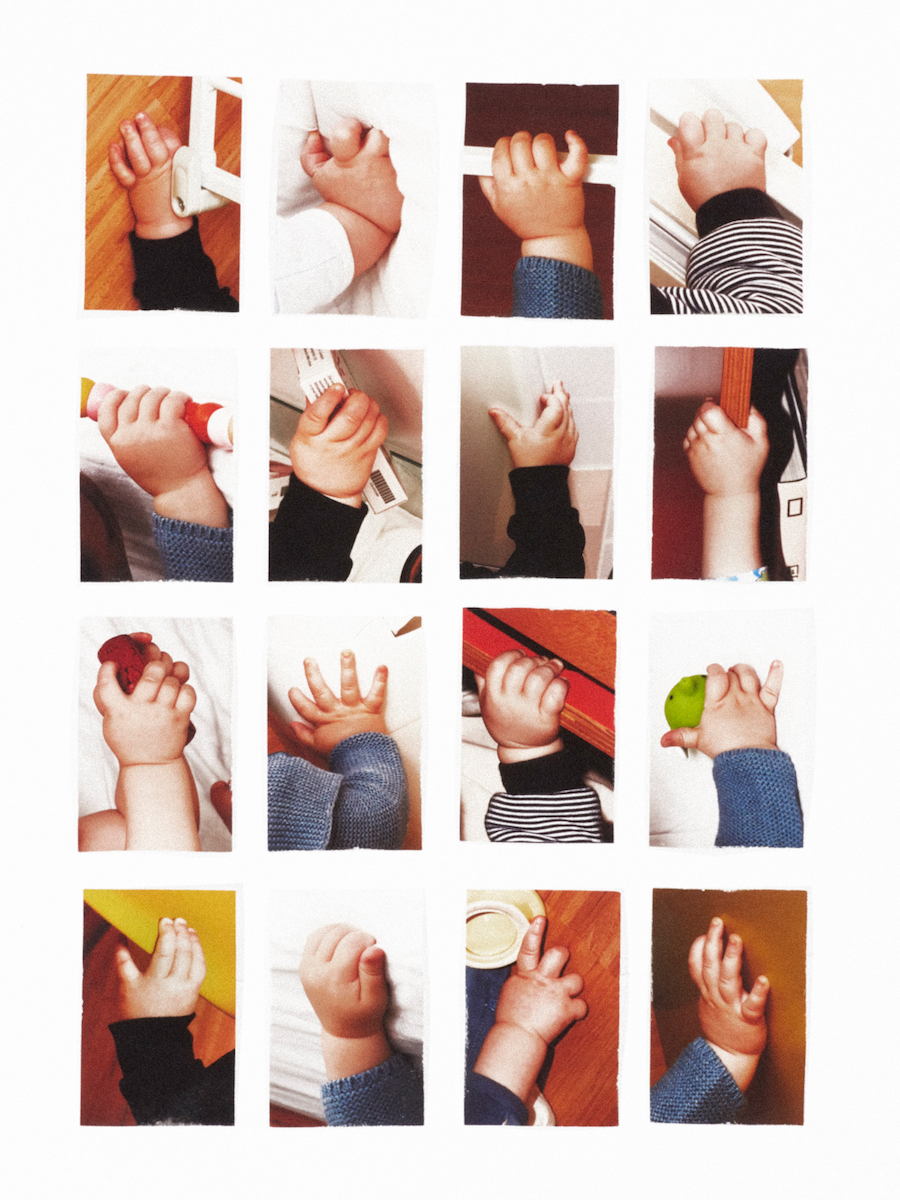 Some of the most successful elements of the book include sweeping sequences of Samson’s young family. In one sequence the closeness of mother and child are examined through breast feeding at a near microscopic closeness. This is followed by a very sensitive series of black and white images which show the precarity of childcare through the cutting of hair, nails and the swabbing of sensitive and forming ears, one cut the wrong way (as illustrated by nail cutting) could produce an undesired and minor traumatic event for both child and parent alike. 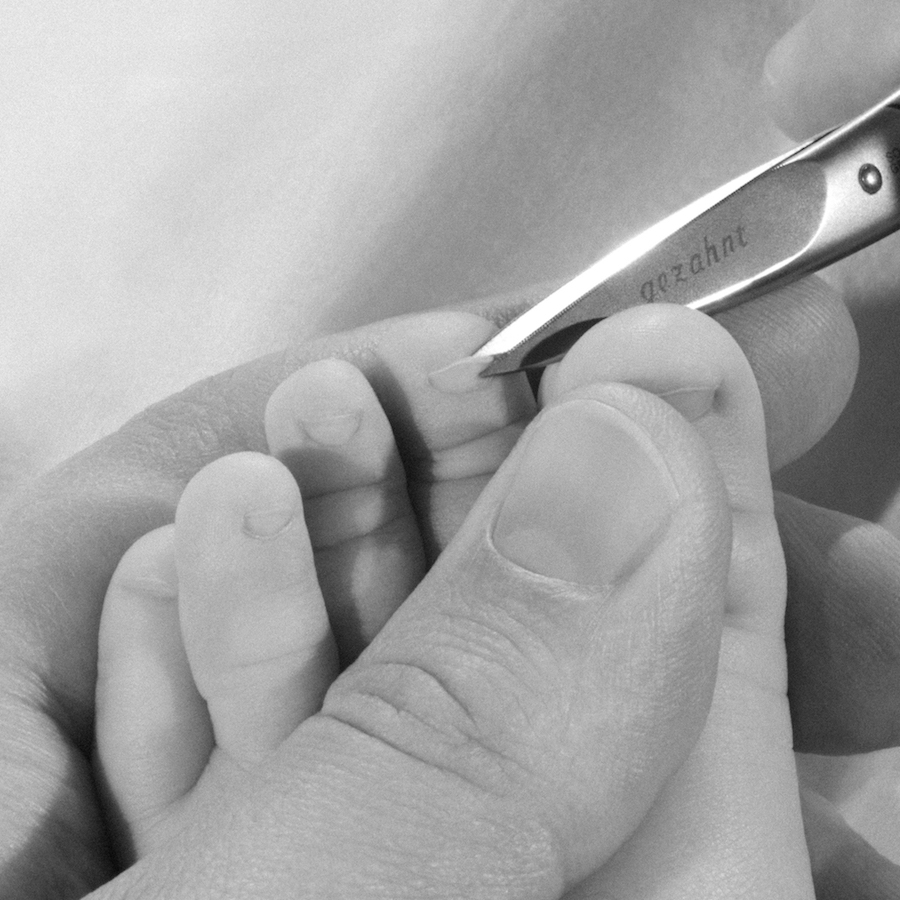 This sequence in particular exhibits all of the sentiment that I have outlined above. The moments are a recognition of what is at the matter of things, which has the odd benefit of re-organizing the way in which an artist learns to see the world anew and with some different presentation of sensitivity when becoming aware of life with new circumstances. I believe Samson’s book is universal for parents. It reminds us of our compulsion to create at the extremes and to recognize value from awareness. I believe it to be one of the more understated and brilliant titles of 2020. Highly Recommended!