“Not a terrible thing and an atmosphere pervades that favours this compunction towards dead ends-thus life living in the best and worst of times simultaneously. Living our sort of dreaded best life as it were”

As I leaf through this book’s accompanying ephemera, press release etc., I start skimming the lines printed within somewhat lazily. I generally do not touch the text of a book until after I have gone through it several times. I almost never physically see a press release, so I read those even less. However, be it fate, be it low sugar intake or an unforeseen desire to at least read the ink on the paper that is supplied along with what already appears to be a beautifully designed book with a gorgeous cover before flippantly throwing it into the recycle bin, I delve in… 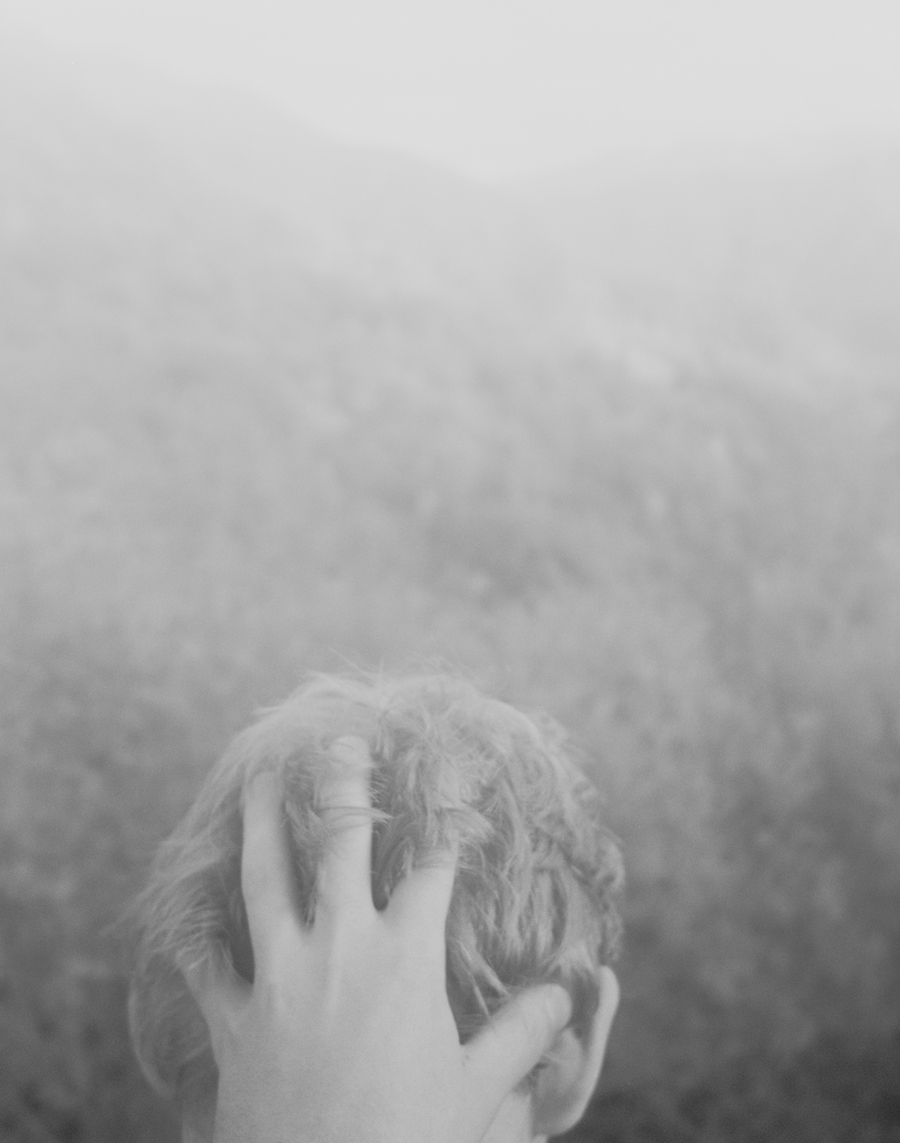 Stuff…stuffff….isolation…nature…memory…hunting…stuff. I imagine and expect people who read my own words will feel exactly the same. Stuff and stuffff etc. always.

To be fair to the publisher Diskobay and artist Alexander Arnild Peitersen, it could have read anything else and the results would be the same, but I steered myself through the remaining text and prepared to open the book and get a whiff of youthful bed pissing angst and the never-ending churning out of existential darkness that somehow still inhabits many European photobooks, particularly the books of the Baltic nations. WWII must have been a god damn doozy. So, I sift hoping for the best and aligning myself with my own special brand of nihilism in believing it will be for the worst. I can tell between the cover and the first image that though there may be some harbouring of dread and existential pandering in the book, that I may very well be wrong about the quality, if not the topic. I am held rapt and my carmudgeonly self melts away and begins to enjoy this well-conceived and executed book in my hands. 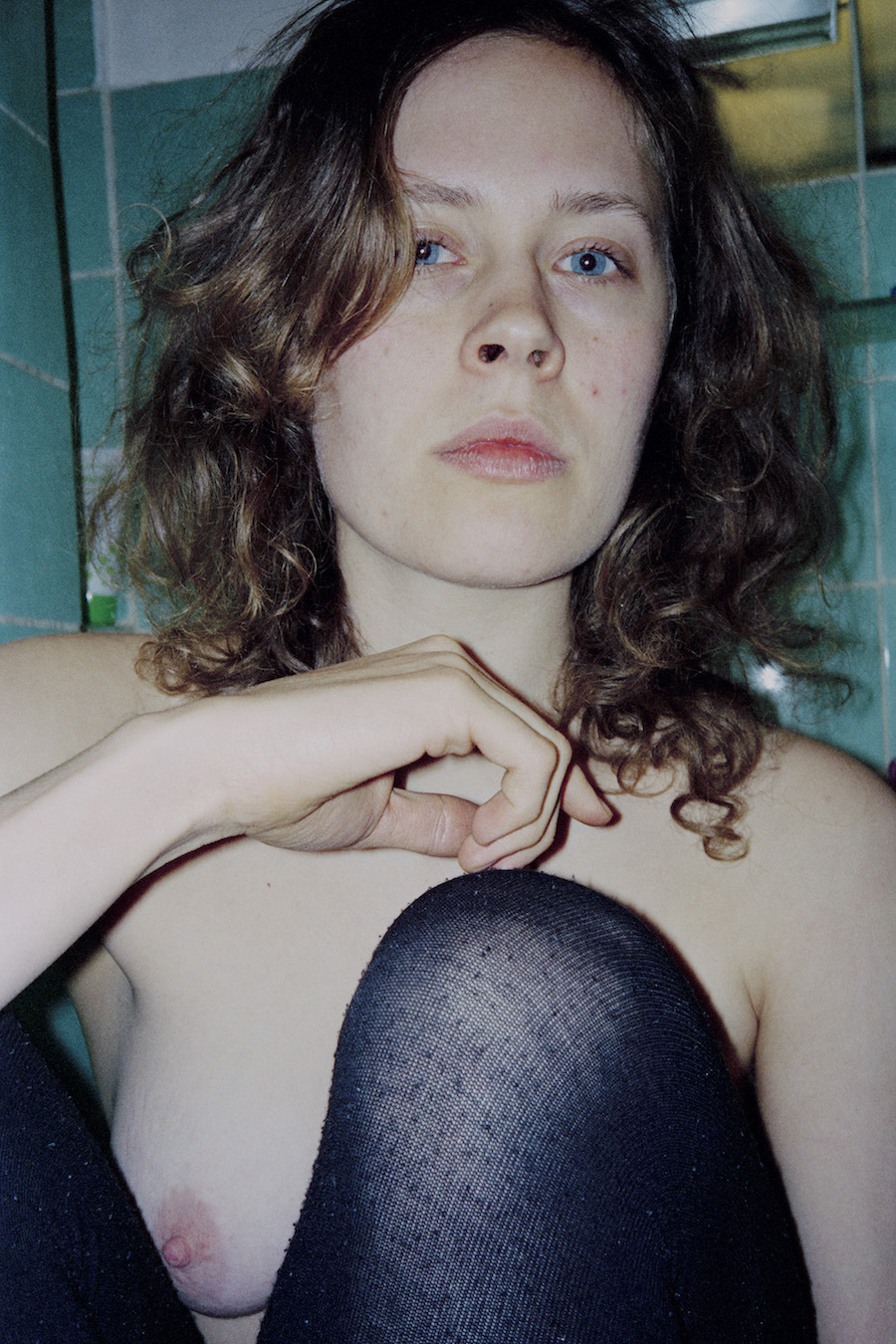 By about twenty pages in, I am positive now that I have gotten it completely wrong even if there are no rainbows and indeed, there is angst. Not a terrible thing and an atmosphere pervades that favours this compunction towards dead ends-thus life living in the best and worst of times simultaneously. Living our sort of dreaded best life as it were. As I page through, I am confronted with someone whose face reminds me of a Latvian artist named Arnis Balcus, which would explain some of the snapshot aesthetic in homage form. Arnis is followed by a woman and an arresting image of a decaying brick wall-this wall is one of my favourites photographs within the book. The woman, who is half naked, but mostly posed to cover herself offers me several varying points of observation and I am not sure why, but because of the angle of her nose, I search for the tell-tale signs of a white night, bit of rummaging through the donuts as it were via TWOWS. I do not see her breast until the third thumb through and when I do, I return to the blue of her eyes and begin looking at her nostrils again. There is a gravity to her presence and the portraits of the other subjects within, but this is not what holds my attention. 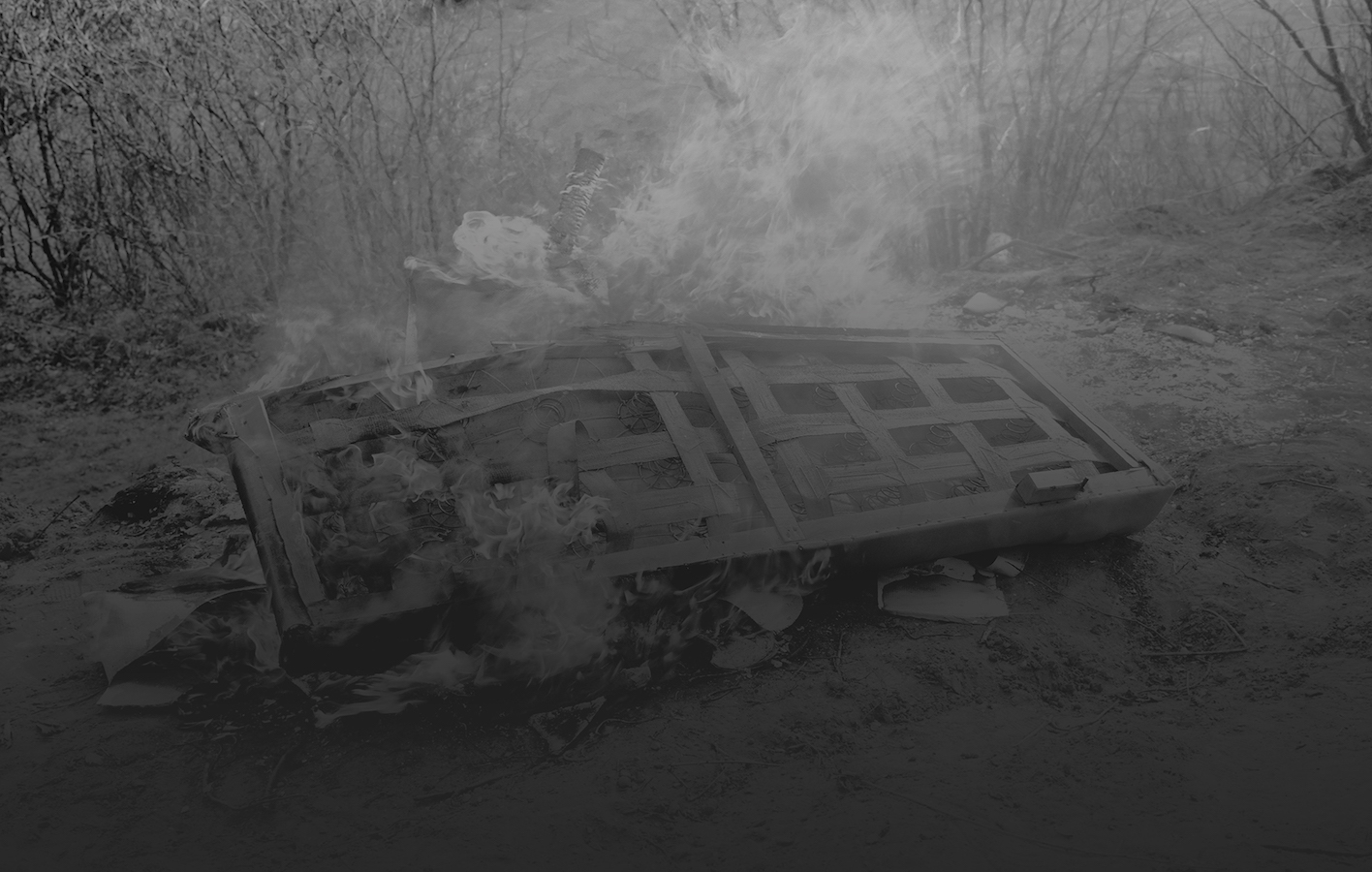 What holds my attention in the book is not these fleeting and ephemeral bodies and animal pieces placed in ritualized opposition, but rather the natural landscapes they oppose themselves to. The images of the wintery grounds, rocks and trees pivot the book into something more as if to declare the insignificance of the people within no matter their youth, their cavorting and undulating bodies. The bleached and reduced colour palette of the landscape from the cross-processed colour film ala J.H. Engstrom reads as overly capable and in their dull and slow pulsed magnetism add intrigue and inspiration, if not idle introspection. I will not lie, I can use one less disco ball in the world of photography as they are as ubiquitous as to be a running joke between myself and Bryan Schutmaat who are planning our book simply entitled “Disco Ballz” for release in early 2021.

“What holds my attention in the book is not these fleeting and ephemeral bodies and animal pieces placed in ritualized opposition, but rather the natural landscapes they oppose themselves to” 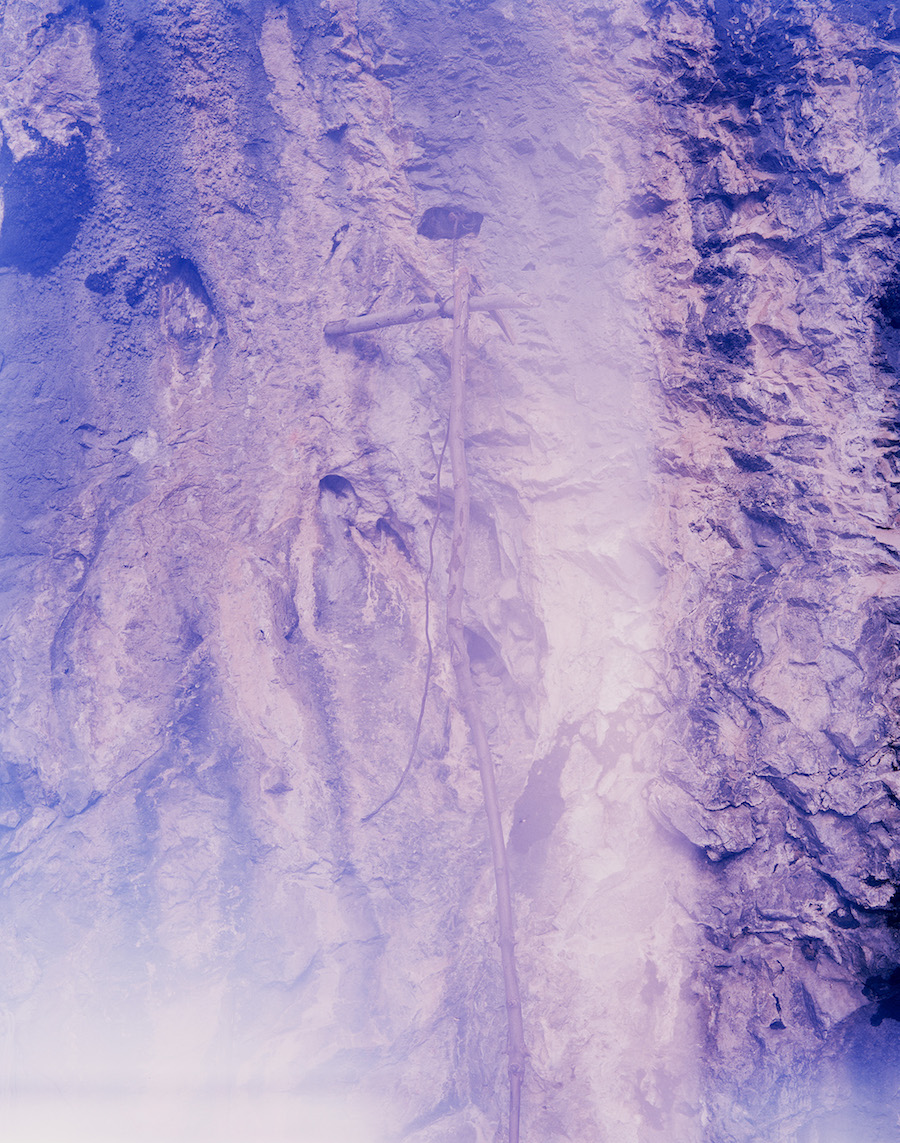 All ball or disco puns aside, Peitersen’s book is unexpected and extremely considered. The design of the book is optimally sized and scaled to near perfection in terms of sequence and the physical book object. Between the publisher and the artist, the repetition in the edit feels like a clear-minded pursuit instead of an inevitable conclusion of an artist with only a few arrows in his quiver. Its purposeful and the use of the images floating in differing corners and full-page images carefully selected means the book does not fatigue the viewer halfway through. Frankly, even established artists who make books could take note from Peietersen’s natural ability to sequence images, which is not the easiest of feats between colour and black and white. This is the artist’s first book and it speaks very highly of what comes next. I will be waiting…. 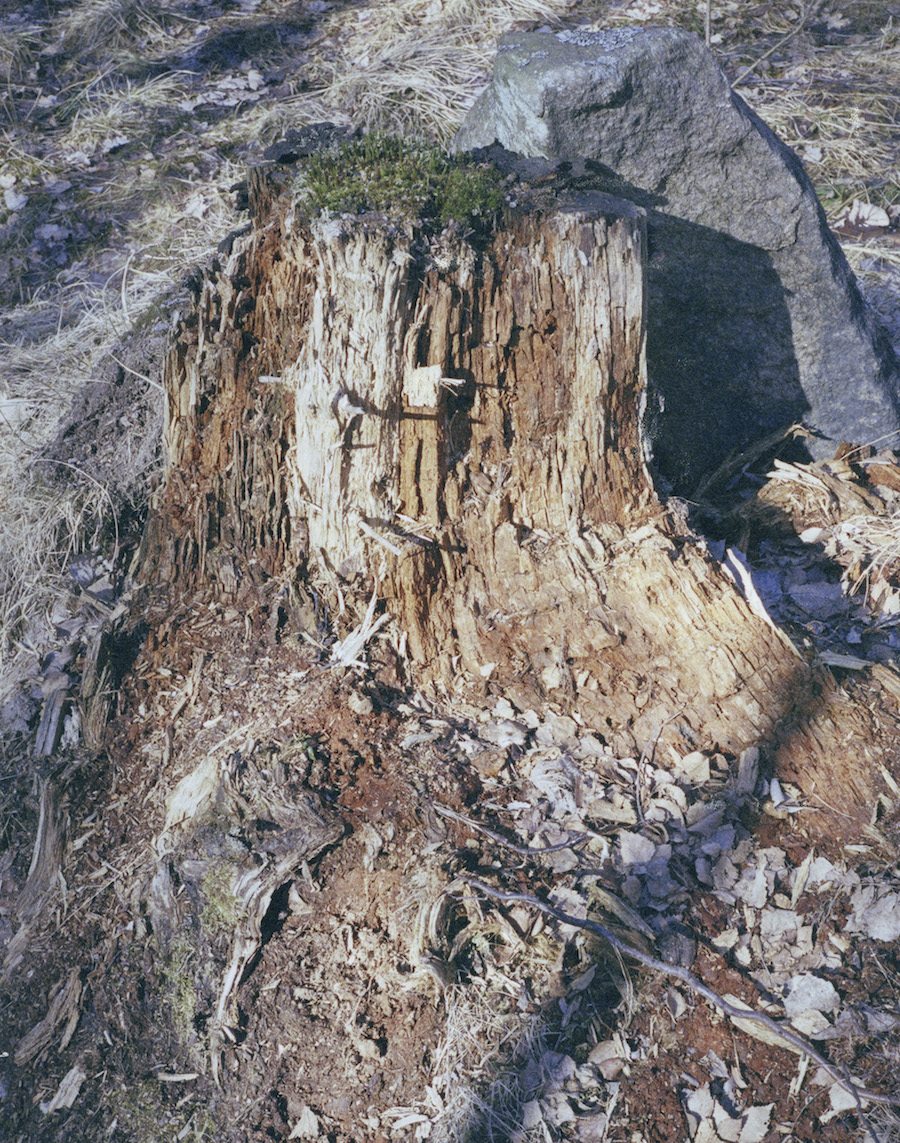