““Everything tries to escape from that which determines its freedom”

Escape velocity is in scientific terms, according to the grand doyen (cough, cough) of free knowledge Wikpedia “the minimum speed needed for a free, non-propelled object to escape from the gravitational influence of a massive body, that is, to achieve an infinite distance from it. Escape velocity is a function of the mass of the body and distance to the center of mass of the body“. 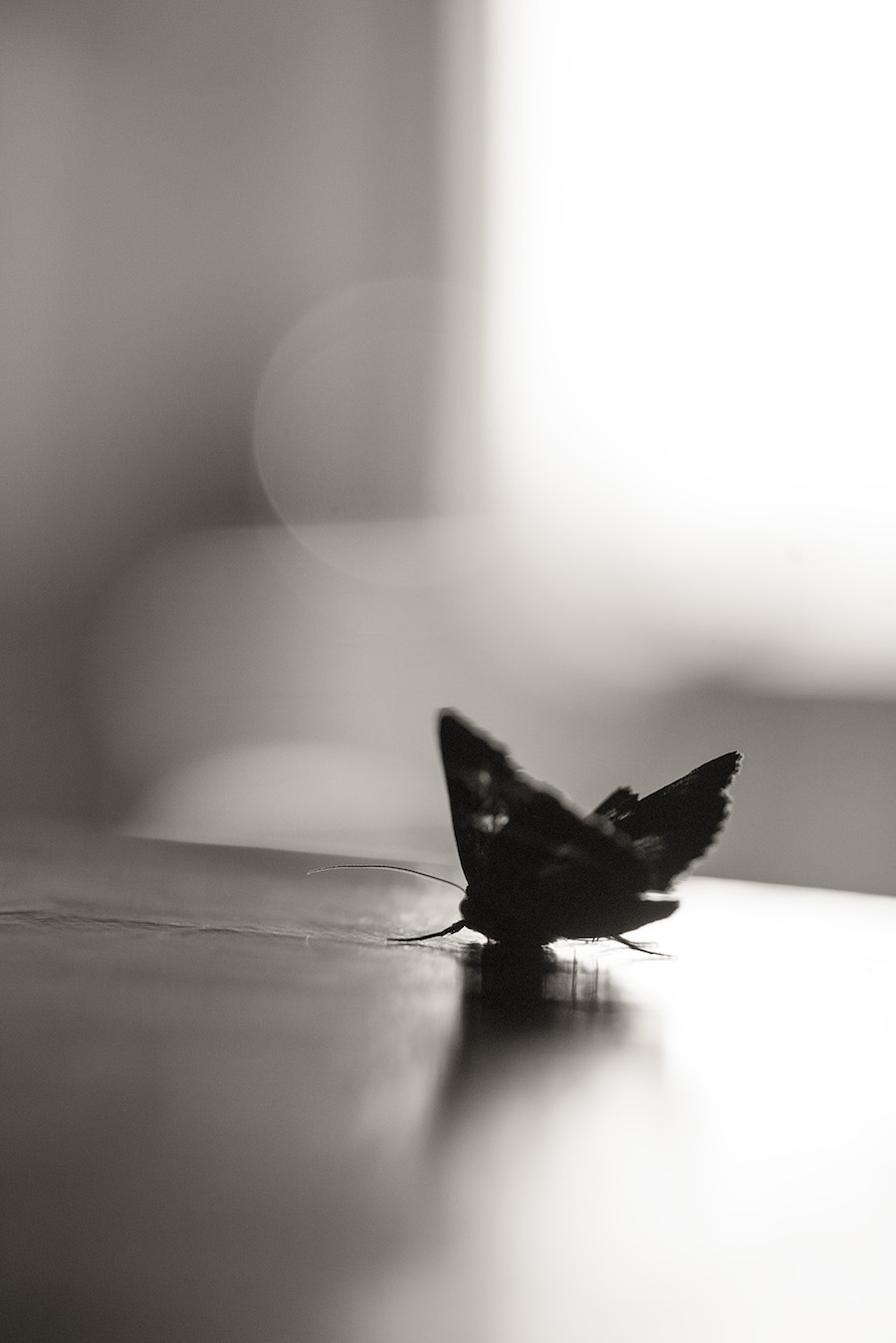 The question remains about what escape is and to determine who or what is trying to escape even if we have the formula and momentum to achieve an understanding. “Everything tries to escape from that which determines its freedom”.

This book is an observation which attempts to document the transcendental bonds of familial relations as evinced through a series of bittersweet photographs of life on this planet-the here and the now of the moment. It is a catalogue of endearment as the subjects within gather tethered to the great mass of flaming rock called earth as it orbits the sun. The protagonists of this escape are a father and his daughter. Though one is observed and one is the observer, the formula is read through a series of interpolating metaphors which suggest a condition of memory, a condition of the natural world, and the lamentable sadness of watching your children grow older and beyond their need for your enforced interdependence. 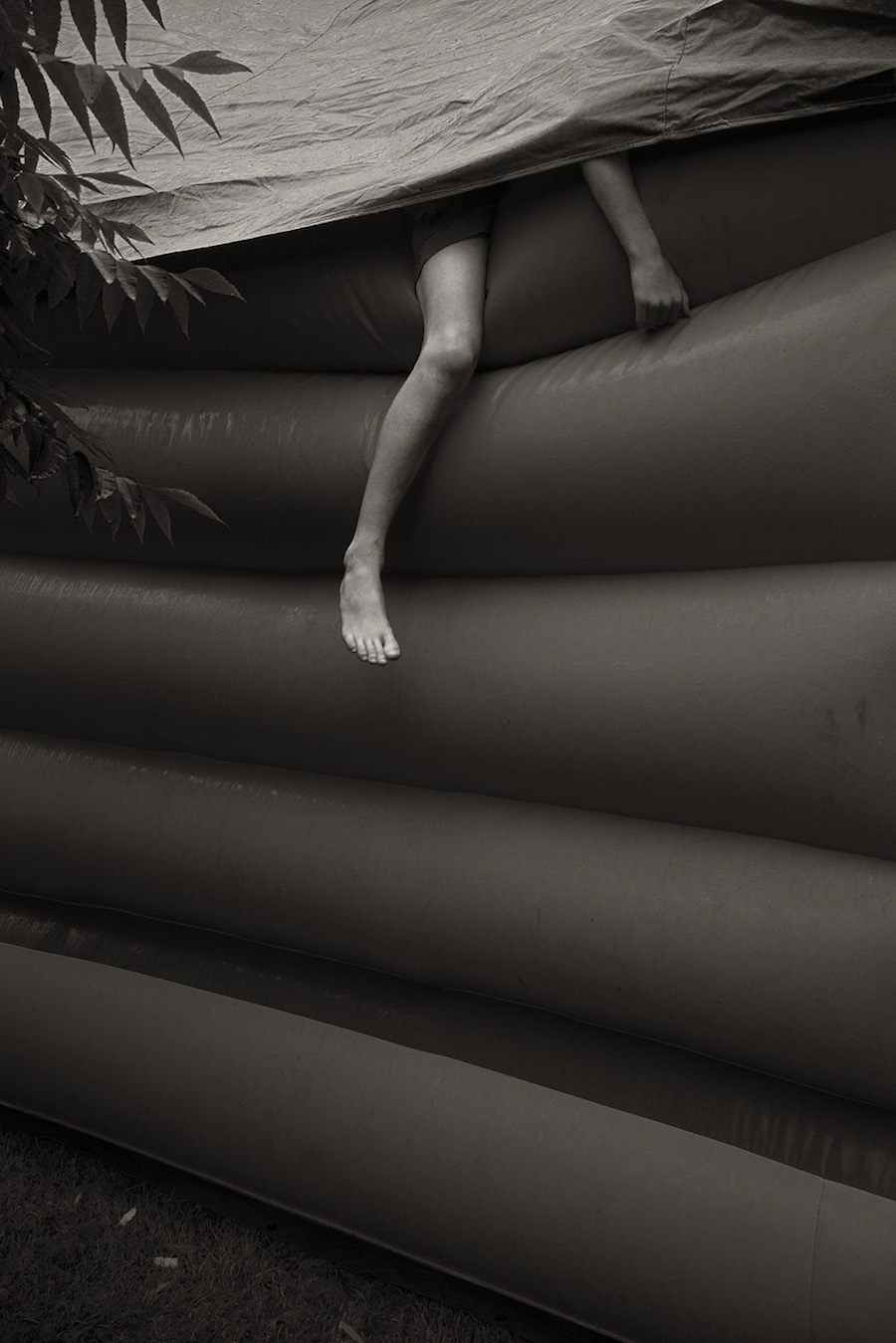 The Escape Velocity (Ediciones Posibles, 2020) looks like the way a beautifully discordant violin sounds played in a wide-open space from the hem of a distant forest tree line in late autumn. The images are loose, pictorialist in nature with soft chiaroscuro shadows reminding me of the crossroads between Wright Morris, Raymond Meeks and Roy DeCarava. The softness of each image is stylized by the printing of the book, which is beautifully considered with its emphasis on mid-tone grays. Each page is printed on a thick paper in which the printing ink, finds a tooth like plaque to hang on to, embedding itself in the structure of the page. 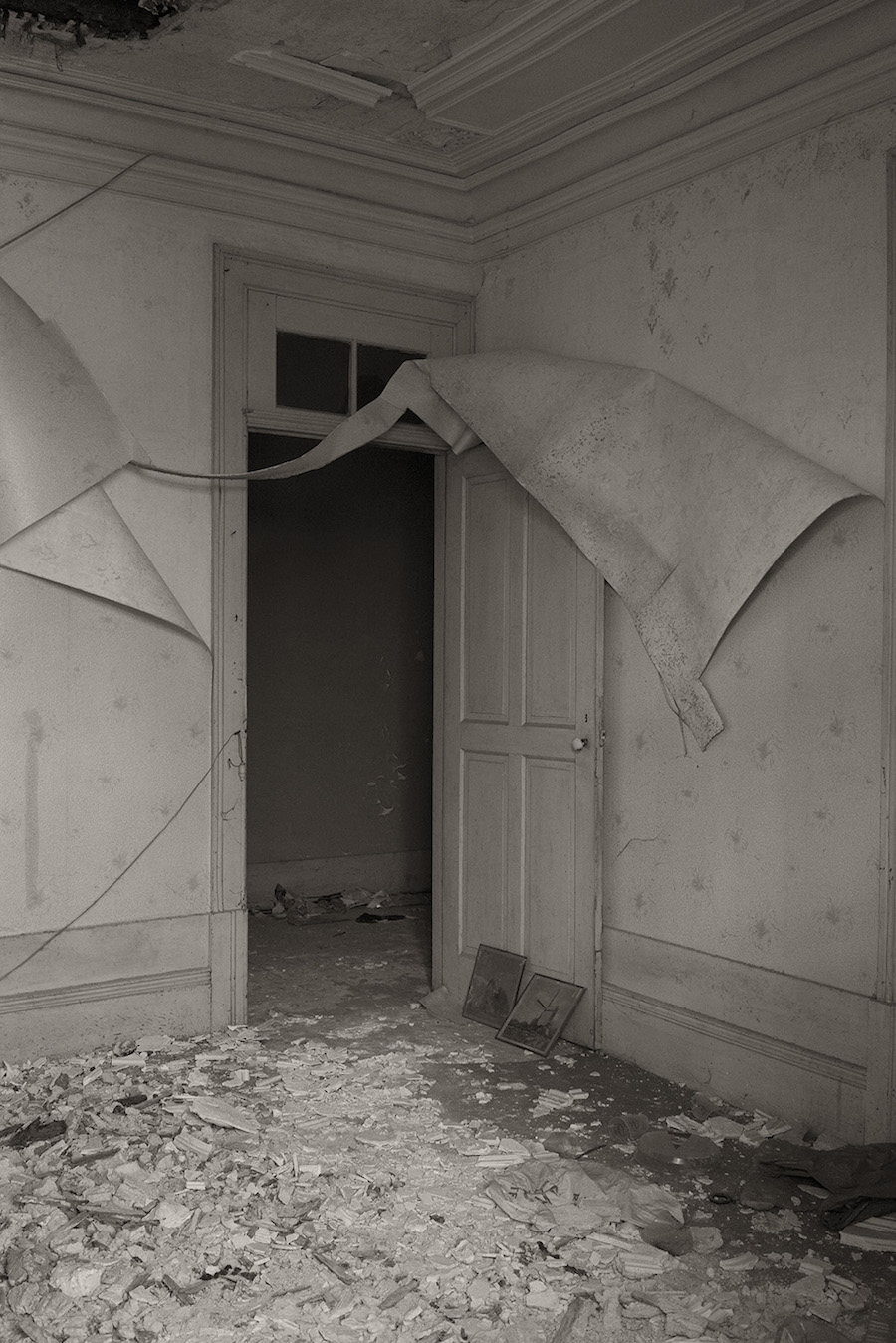 “The Escape Velocity looks like the way a beautifully discordant violin sounds played in a wide-open space from the hem of a distant forest tree line in late autumn. “

I refer to Wright Morris for a sense of place as the theatre of Llovet’s world is embedded in the land surrounding a 15th Century Catalunyan farmhouse. Morris, always keen to emphasize the fine grain of weathered wood on the side of a barn wedges himself in the pages of this book with his insistence on materiality and decay. Meek’s soft prose also radiates from each single image and he would not be the only artist currently emphasizing that seriality in a book, though important, cannot surrender a single image to the status of fodder. With Llovet, much is the same. Each image of his daughter punctuates, each image of the natural world, the same. With DeCarava, all of the above factor between place and single frame, but we are also given the weight of a permeating tonal arrangement that favors a deep middle ground over stark contrast and piercing qualities of light. 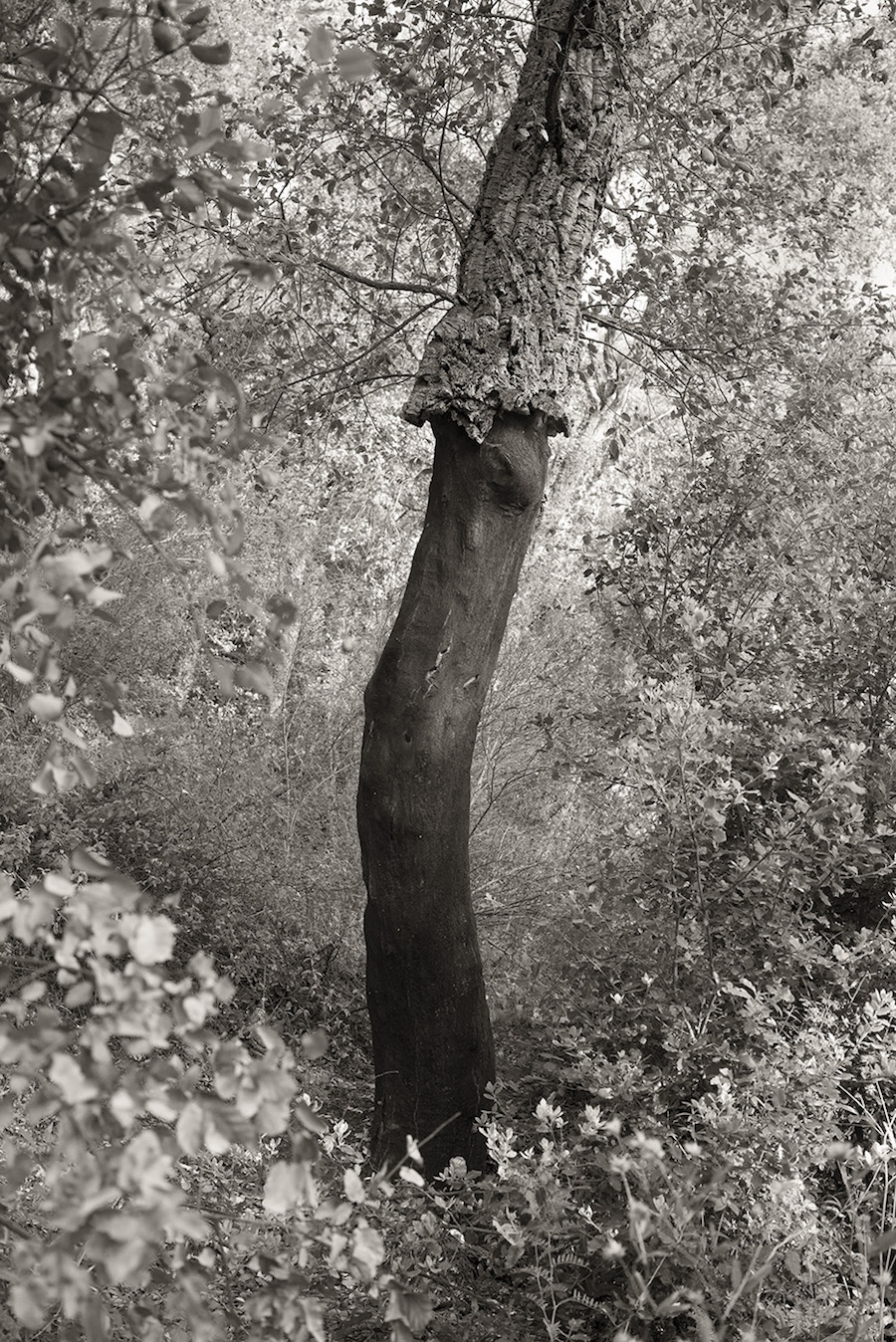 The book itself commands a very physical presence by demand of its layout and design. As previously mentioned, the thick paper and the deep-set ink on the each page make the tooth and grain of the paper feel like a sponge which adds many layers of gray to the mid-tones-each images floats on the page in a sea of delicate white. It is ring bound and is housed in an unusual slipcase which the book enters from the top or bottom and not the side, making the process of interaction to open or close slightly longer of an ordeal, thus concentrating the effort to its interaction. The image on the cover presents a solitary figure shot from behind with brooding shoulders and it reminds me oddly of a Godflesh cover their Cold World EP from 1991. It’s an image that is very important for me, so the associations may be quite loose. The atmosphere from the pose is charged. 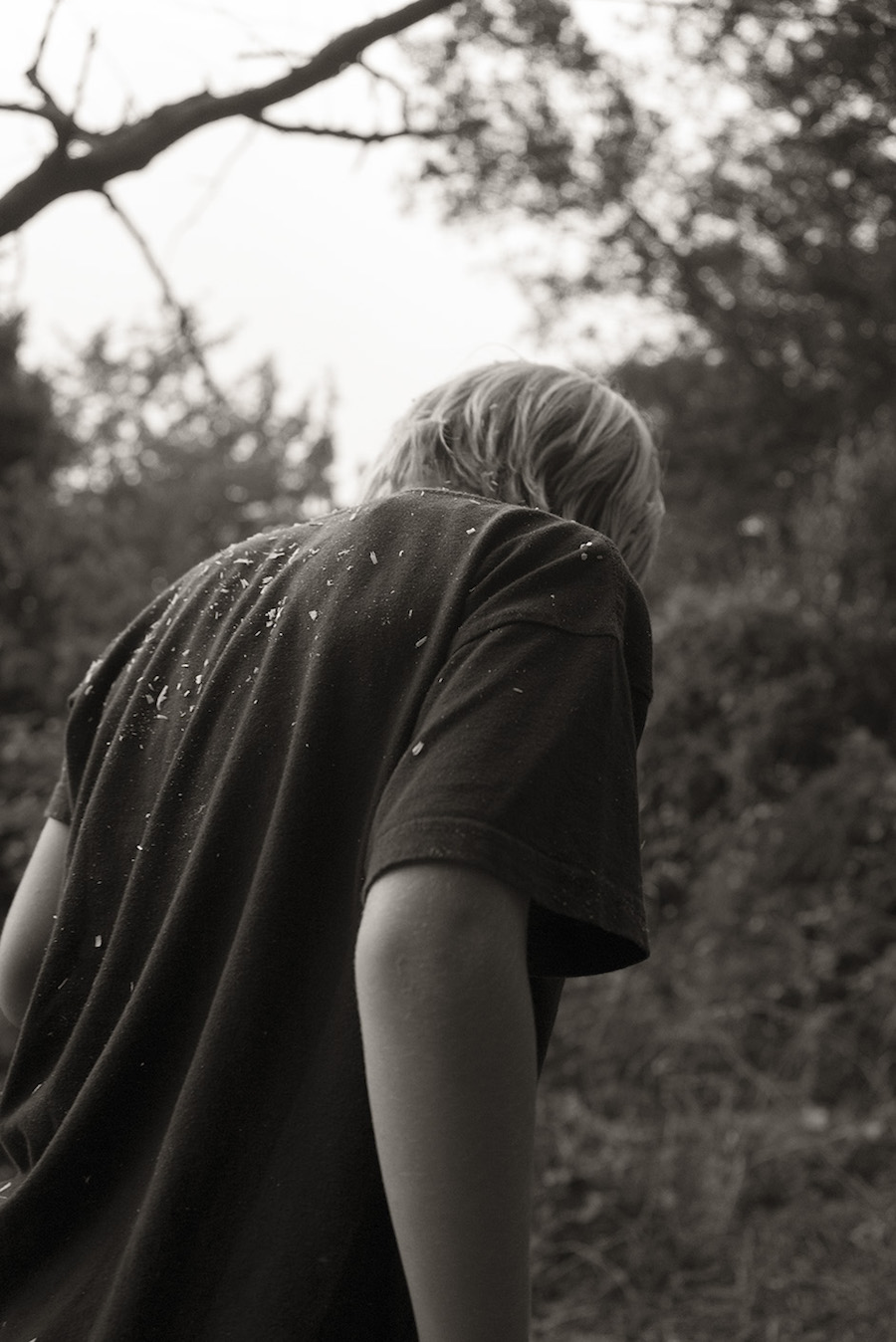 These physical characteristics make the subject matter of Llovet’s daughter and their closeness all that more pertinent. Overall, I would ascribe the book as an object as being quite precious in the best sense of the word. Between the familial and the formal, the book is truly successful. I sense the pain of being a parent in Llovet’s work. Children are the unenviable metronome of our lives-we count our minutes as we watch them grow and as they dislocate so quickly from our orbit. It is a strange mercurial world to be involved in and one, for all the joy harbors moments of incalculable loss. Recommended. 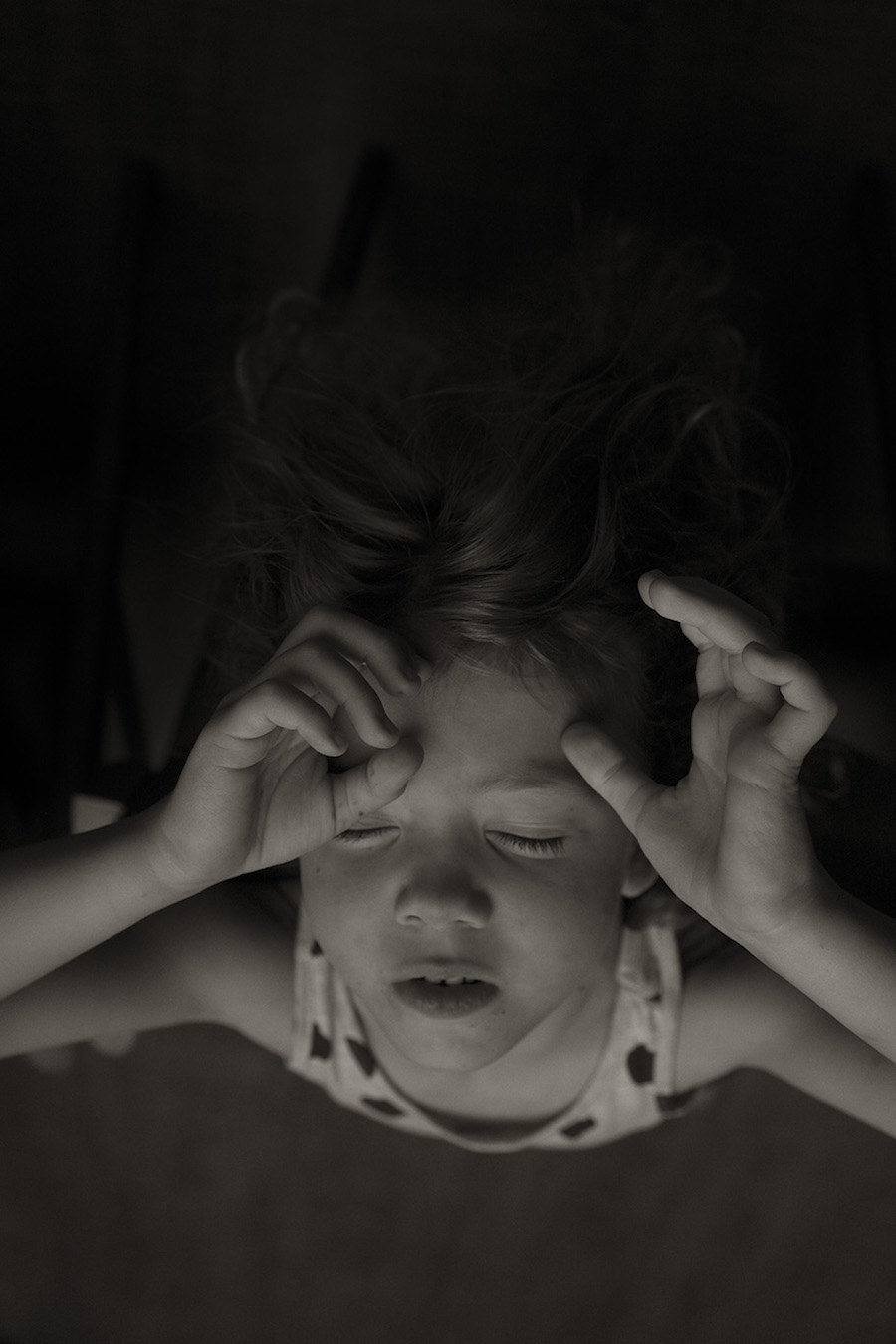