“Are classifications necessary? What are there limits? Who can photograph who and what? “

I am always curious by what we consider the exotic in photographs. I often find myself thinking of the vestigial media forms of the past- all the inconsistencies, problematic discourses, and general selling of anything “other” in photographs, magazines and documentaries as deeply problematic. A sub-question to this, in human terms, is to consider what anthropology consists of in the age in which classification of species, being and form are often met with hostility and resistance while conversely, the same conversation is held to the emblematic political machinations of the day. Are classifications necessary? What are there limits? Who can photograph who and what? Are classifications only to be examined and recorded by the classified within each margin? 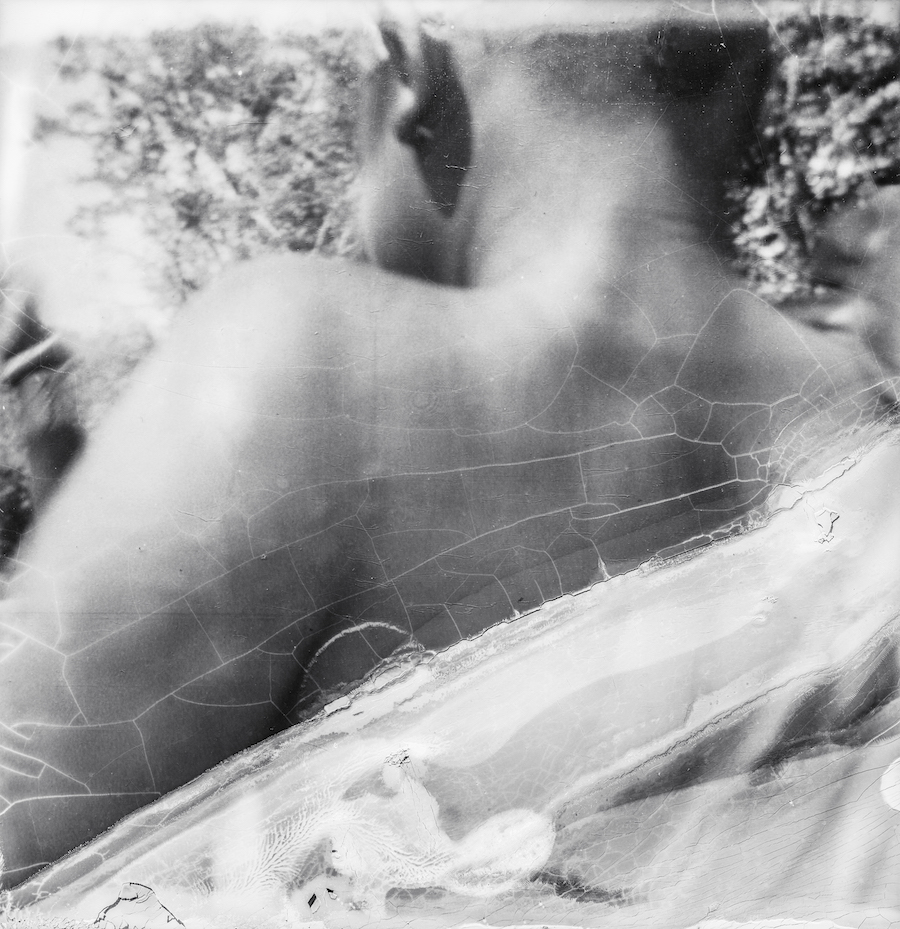 Recently, I have begun thinking of the exotic as something interior. We have spent so much time collating and documenting the world-trying to draft a new cartography in which everything can be categorized, only to subsume our “discovery” mode towards the rush of the flattening effects of monoculture as espoused through the grand narratives of the family of man and the push towards neoliberal globalization, which of course, in due time, condenses independent society, individualism and difference.

This is what I find exotic-that the Western world has opted to look at just about anything other than itself as “other”. The mechanisms that we believe craft voyeurism, otherness, and difference are pushed through the ringer of the same apparatus that promotes global trade and global recognition of “progress” of symbiotic oneness. Of course, that is not to downplay the chief injustices of how the colonial camera or any of the other problematic discourses of western hegemony through technology operates. It is rather to consider that in obliterating self-difference, we are abnegating our responsibility to its interior function. In effect, we forget to examine our roles within the greater spectrum of the human process and experience. This inability to examine the “western” self and categorize it, allows the author/operator of the image to disable and dislocate itself from the conversation- creating a vacuum of intention and self-representation when we consider his/her/their production of images. 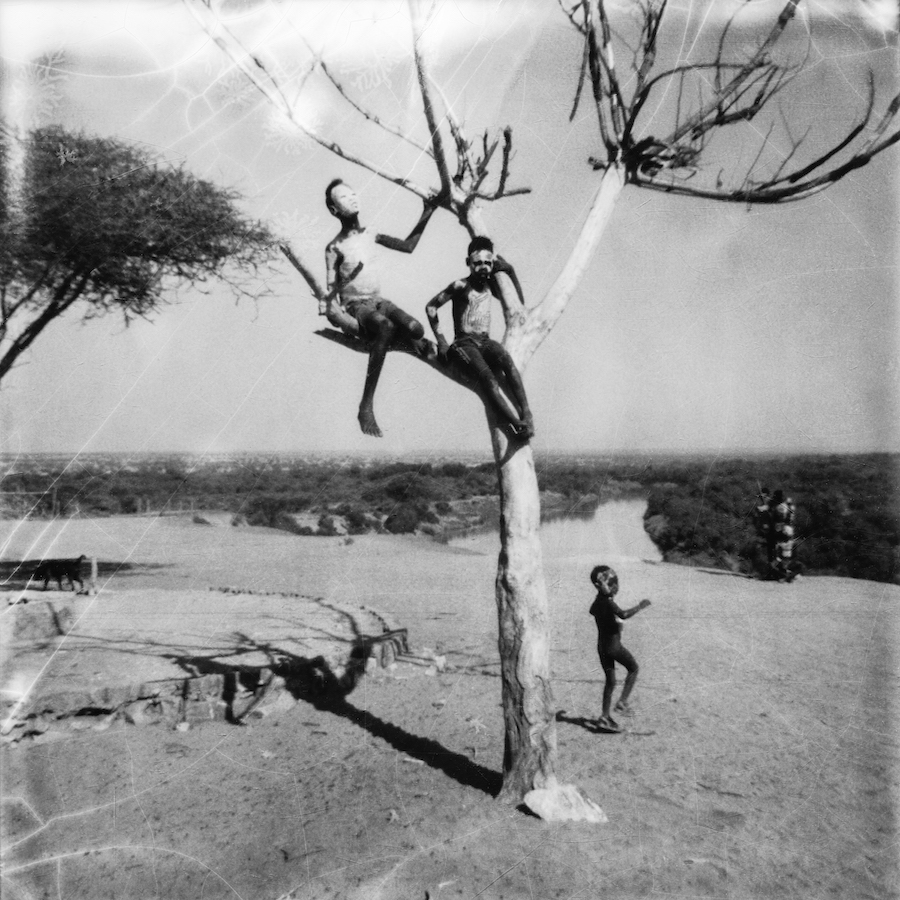 Piotr Zbierski’s Echoes Shades (2020) is a book in which all of these questions and concerns circulate for me. I had seen the work previously at a festival in Poland in 2019 and was struck by their beauty and distorted blur. I recognized a number of the images and their subjects from my own interest in collecting vintage photographs. A number of “tribal” or ethnographic images pervaded, as did a number of images indicating different customs within his photographs, both Polish (Zbierski’s National background) and other. I felt compelled towards the images immediately and then with this, I began to ask the questions that circulate about viewership and authorial intention. Though aware of problematic potential, I want to believe that there is a way to open the dialogue with projects like this.

“A number of “tribal” or ethnographic images pervaded, as did a number of images indicating different customs within his photographs, both Polish (Zbierski’s National background) and other” 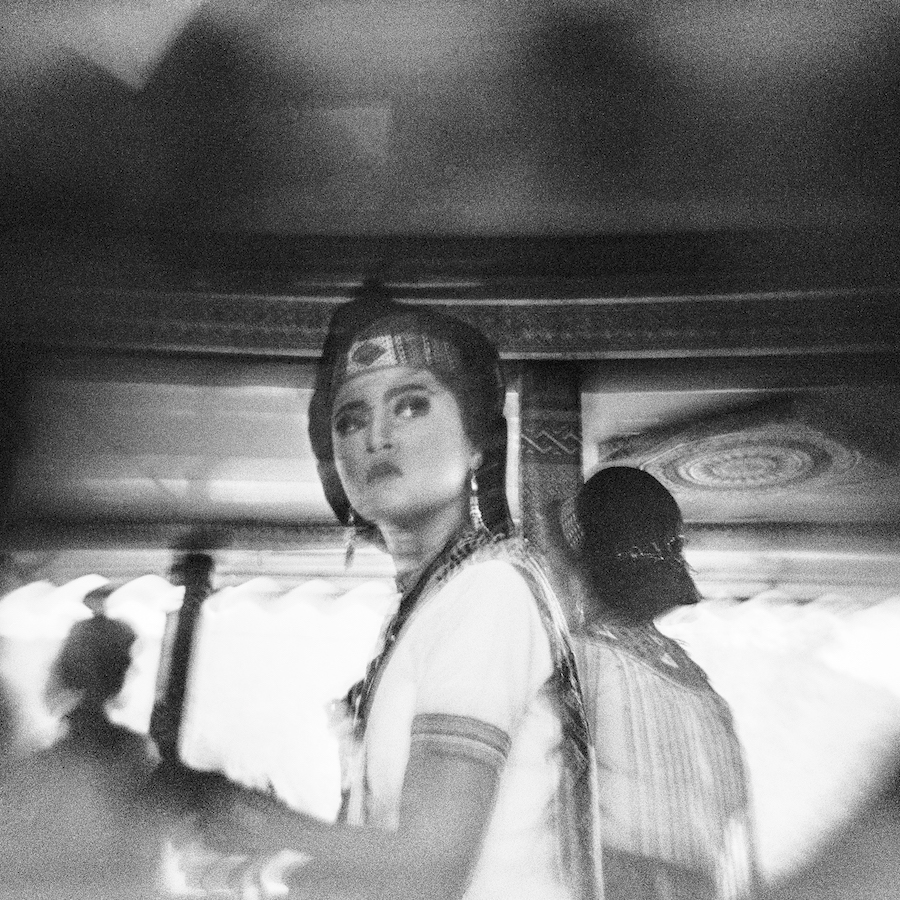 On the notes of blur, distention and dissolve, there is an immediate effect to Zbierski’s work that I enjoy. They feel emotionally responsive more than trying to state any objective value and I wonder if this is a political decision or simply a stylistic choice. If the images are blurred to this capacity for style, I can hardly consider them representational of anything outside of Zbierski’s interior, therefore they begin to dismantle some of the problematic discourse surrounding exterior objective examination. In this way they would refuse category, though I know that the author has given some space to the geography etc. through the titles of the work. If the intent to distort or obfuscate the ethnographic side of “objective” quests for representation, then they are successful in opening up wider dialogues about interiority, otherness and new anthropologies. There is a discussion within. And by discussion, I mean that we can agree, disagree or take time to consider opinions over time-not in a series or short-hand tweets on the matter.

Further, inside you will find Romanian and Indonesian customs wedged together. The author declares his intent to examine or present…

“a story about people living close to nature, about communities and tribes cultivating ancient rituals honoring their ancestors, about alternative natural medicine in Poland and Siberia”. 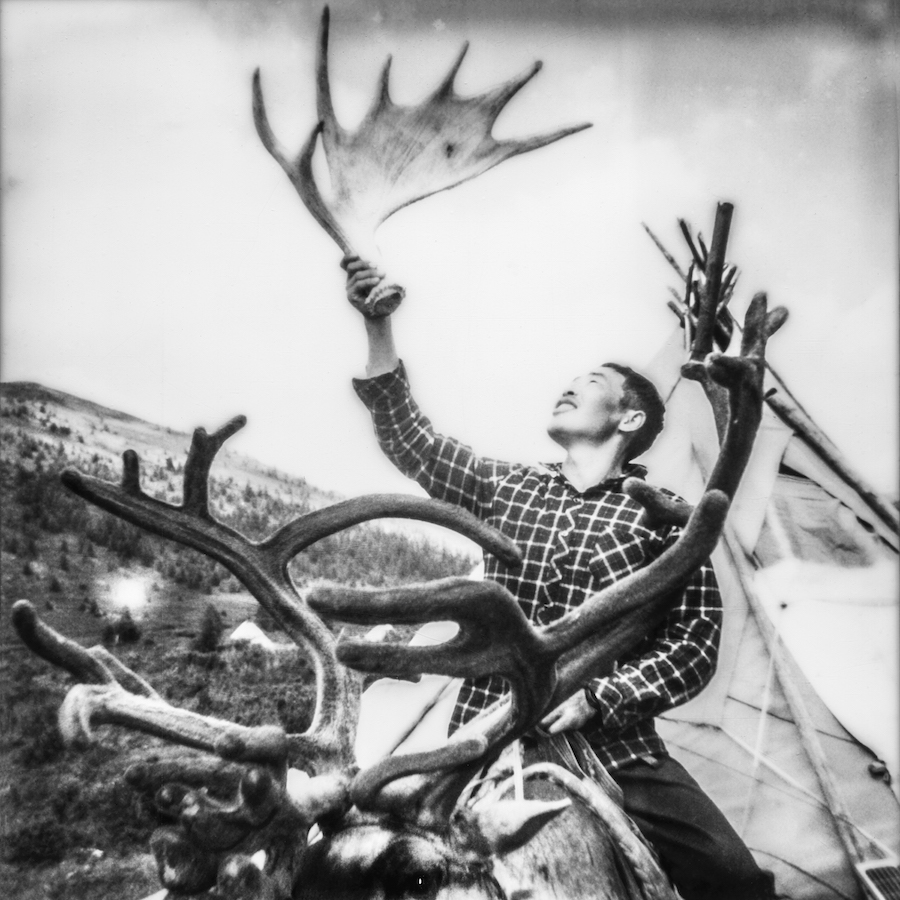 There is some further conjecture about medicine and natural rites within Zbierski’s text. This is where I find the discussion slightly problematic. Though I am no stranger to the ideas of shamanistic rituals or nativism as displayed through esoteric cultural tendencies, I found the text somehow wanting in the brief explanation of Zbierski’s drive that reverts the material back towards the old tropes of categorization.

I think the drive is lacking the nuance that Zbierski’s blur had unintentionally (it seems) tried to avoid by placing the locus of the discussion again on otherness, exteriority or the fetishization of cultures that are reverting and pushing against the systematic hypermodernity in which we live. “Looking back to the land” is a topic that has dangerous antecedents in “Blood and Soil” European historical notation and although I do not think that was intentional in Zbierski’s interest to examine homeopathy and agrarian societies in negative nationalistic value, it could easily be drafted as a by-product if not careful. In short, the text made the work problematic on the discussion of objective othering. Though the medical angle is not to be withheld from interesting dialogue, it feels a little forced, which is a shame. 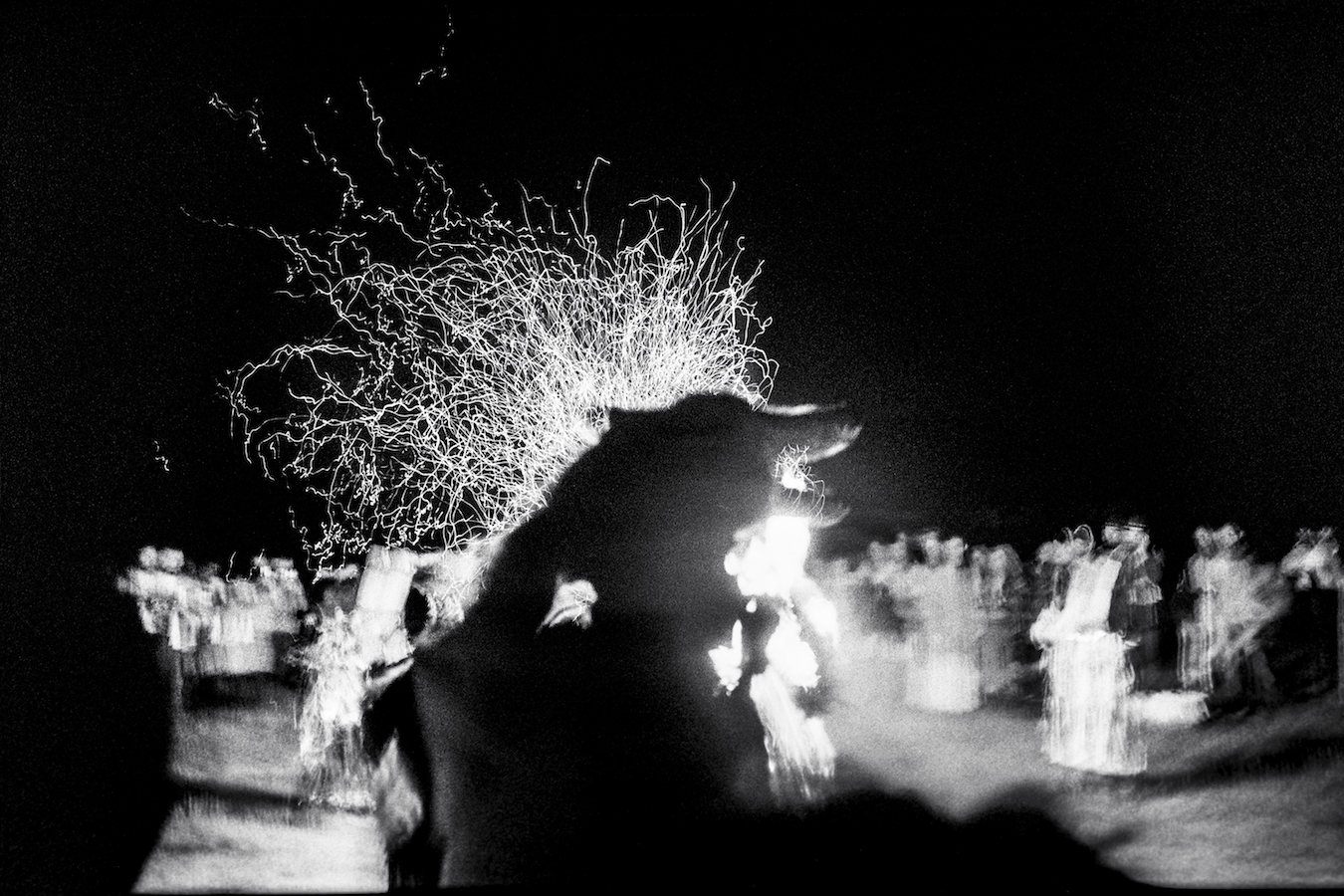 My point of view is that the book and Zbierski’s images are interesting and raise a number of questions in their production that I believe the artist was tacitly trying to avoid in his writing on the project. It is very hard graft to distinguish why a book like Echoes Shades should only be seen through one prism, but it is equally hard not to be critical of another lens or prism in which there is already a tradition- namely ethnography. To be fair, his notebook pages in the back of the book show (written somewhat questionably in English shorthand) that he is aware of these conversations and not blind to without some range of sensitivity. It feels like a justification in some sense and that he is aware that the work may facilitate the questions that I have raised, but awareness is not absolving if one goes ahead… 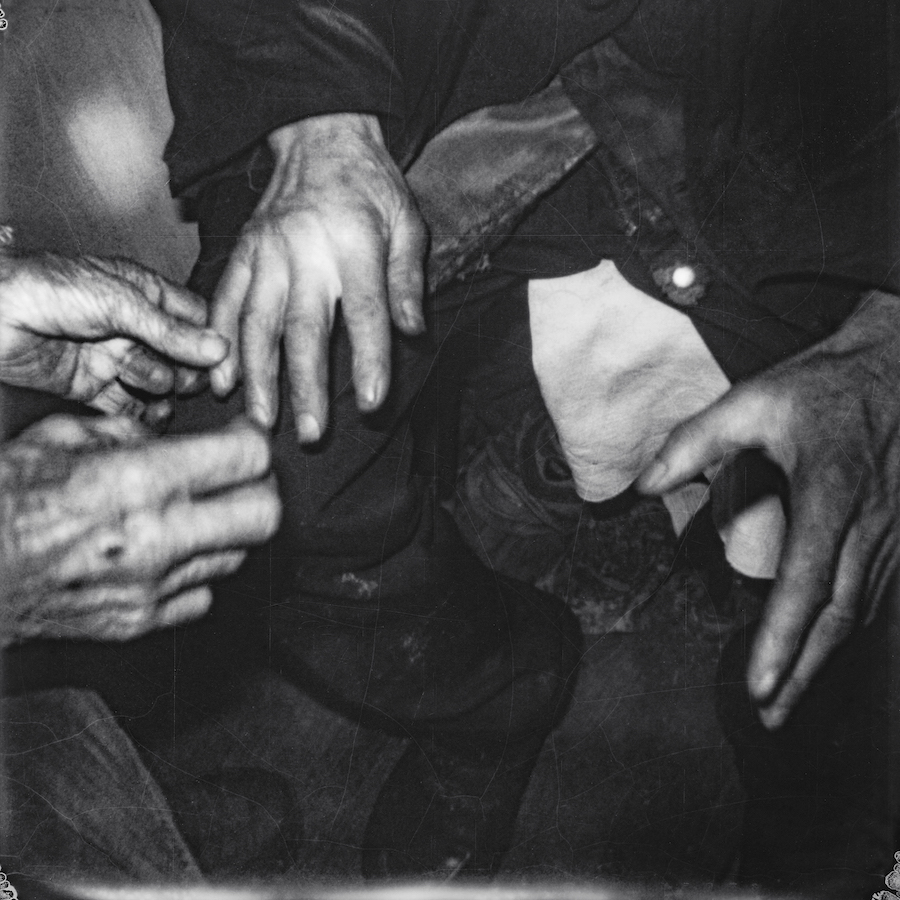 Herein lies the question about who gets to examine, photograph or discuss whom. In as much as I believe in the total freedom of expression and in as much as I find historical material of a similar nature interesting, it is really hard to find an angle on a book like Echoes Shades that does not lead to critical interpretations of intent. Especially when that intent has been laid out in the introduction, which scales back the issue even further towards the nebulous. I do recommend the book in terms of Zbierski’s ability and for the very thoughts it provokes. It would not be the first book in which I struggled with the concept and historical mode of its conveyance that I spent time with repeatedly. I am still in the throes of investigating how I feel about it and that for me is important. I want to be challenged in the current climate. It promotes dialogue and that dialogue need not justify the effort, but that dialogue is the key to art and its production and receptions. I cannot ignore the white man with a camera in a foreign land observing foreign custom, but I want to think about how this paradigm can reflect the author and the place of discussion where he or she comes from to widen the discourse about how we read intention and for whom such images actually reflect status and distribution. 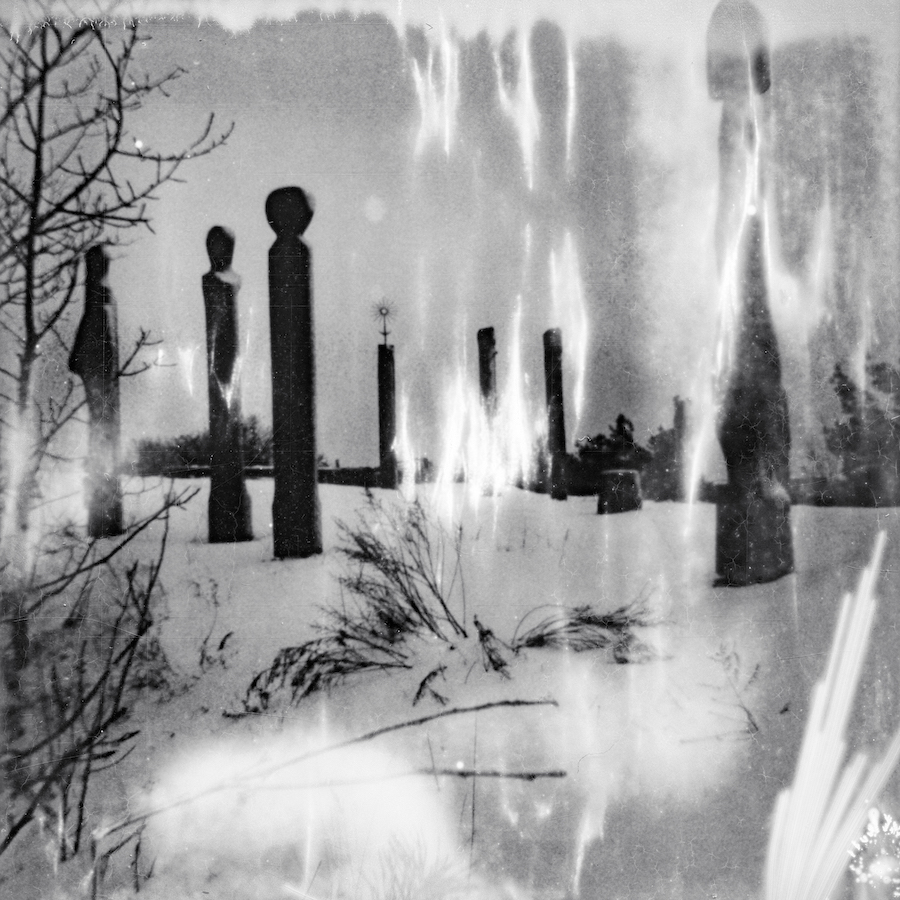