“Engman himself is absent from the work, and his interest in the figure of his mother most often seems like the distant one of the artist: she is a familiar material, repeatedly made strange by his methods.”

As an experiment, I tried to imagine ways to photograph Kathleen McCain Engman that Charlie Engman, her son, hasn’t managed, and I couldn’t think of anything. In his new book, MOM, Kathleen is, by turns, commanding, cowering, sallow, weeping, sweet, surprised, intimidating, arch, exhausted, alert, feral, angry, beautiful, ugly. She is glamorous and then she is slack; she is boyish and then exultantly feminine. She looks like a pop star, a rapper, a newsreader, a suburban dad. At other times, she is a mother; and then again, always.

Engman has been photographing his mother for more than a decade, and a fraction of this immense body of work is collected in his new book published by Edition Patrick Frey. Largely speaking, these are not documentary pictures, but fashion-inflected constructed imagery that takes place in studios and on location, borrowing the vernacular — high and low — of TV, film, glossy magazine ads, postcards, and nodding to the well-known tropes and practitioners of fine art photography. The images have reached wide audiences and been widely praised: Kathleen has appeared in fashion magazines, commercial campaigns, and runway shows. 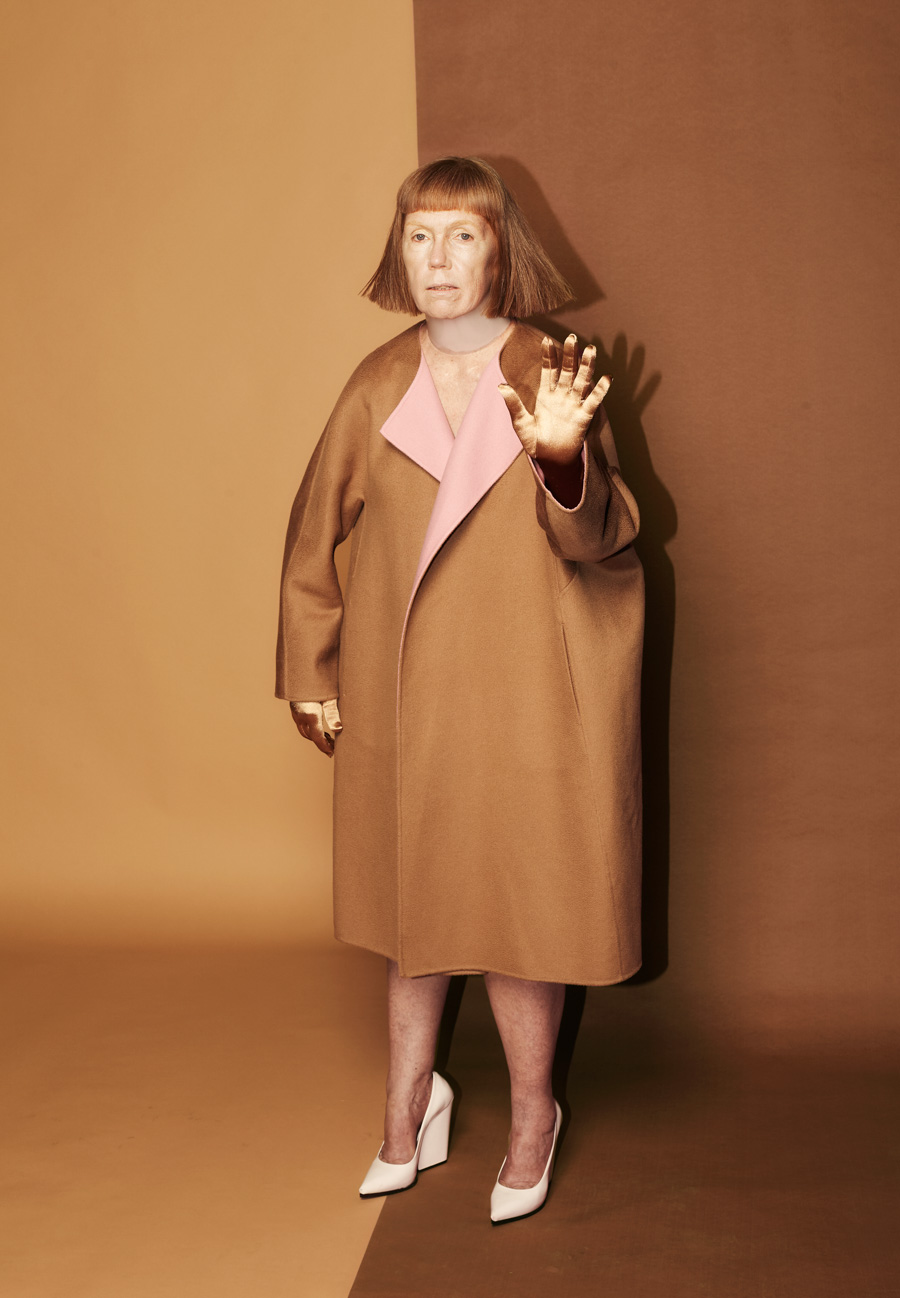 Beyond the extraordinary closeness that can be presumed when confronting evidence of a decade spent in such close collaboration, the photographs tell us little about the relationship between the photographer and his mother. Engman himself is absent from the work, and his interest in the figure of his mother most often seems like the distant one of the artist: she is a familiar material, repeatedly made strange by his methods. Discussion of their relationship has often centered on Engman’s frequent depiction of his mother nude, and there is a certain prurience to some of the attention the work has been paid, not only because of the familial relationship which some seem to believe has been in some way violated by this kind of depiction, but also because Kathleen is a woman in her sixties, and looks like one, as opposed to looking like a typical fashion model. It’s true that the book pushes back against conventional representations of women in its portrayal of Kathleen, especially in its handling by her son, but this discussion is something of a red herring; there is far more to the work than a surface-level reading of its unconventionality or supposed taboo-breaking.

Engman started photographing his mother after leaving university, at the beginnings of his exploration of photography as a medium. It was a case of convenience more than anything else: his mother was present, and happy to help. Over time, though, Engman began to recognise something that kept him returning to their work together. As he describes in a 2020 interview with i-D, “not only was there a sort of intimacy or familiarity between us that made the relationship substantively different, but as an individual she was different than most things that I encountered. She projected an energy that would have been foolish of me as a person, as a creative person, to ignore.” 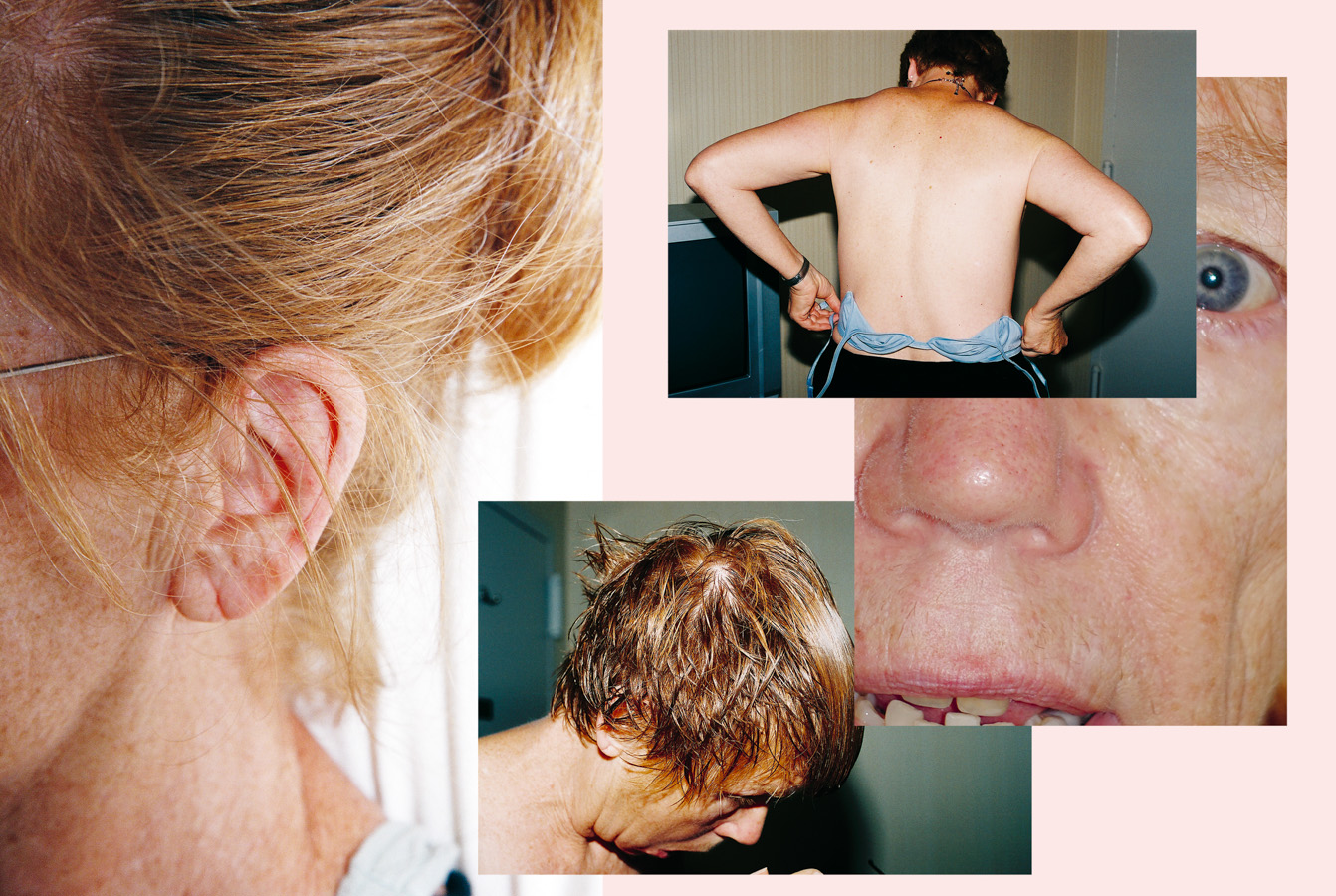 The book thrives on this energy. Throughout, Kathleen seems inexhaustible, and demonstrates an extraordinary lack of vanity. She throws her body around gracefully or awkwardly, gamely dons wigs and makeup and prosthetics. Engman’s background and enduring interest in dance and in theatre is clear in the ways that he depicts Kathleen’s form and gestures, and Kathleen herself is an impeccable performer. She seems to inhabit each character completely, making every one believable: in one spread, she wears twelve different wigs, and the gravity of her expression means we take her just as seriously whether she’s a peroxide blonde or in a messy mullet. When it’s time to tear the performance down, though, to laugh at it and show its falsehood, she drops it with ease. She is winking, then jaded, then noble. In one extraordinary image, she stands in the dark, in the snow, wearing head-to-toe black, with her breasts exposed in defiance of the cold. Her eyes look fiercely towards the camera.

“The meaner photographs can be viewed with something like sympathy, or they can be viewed as an extended exercise in deep trust.” 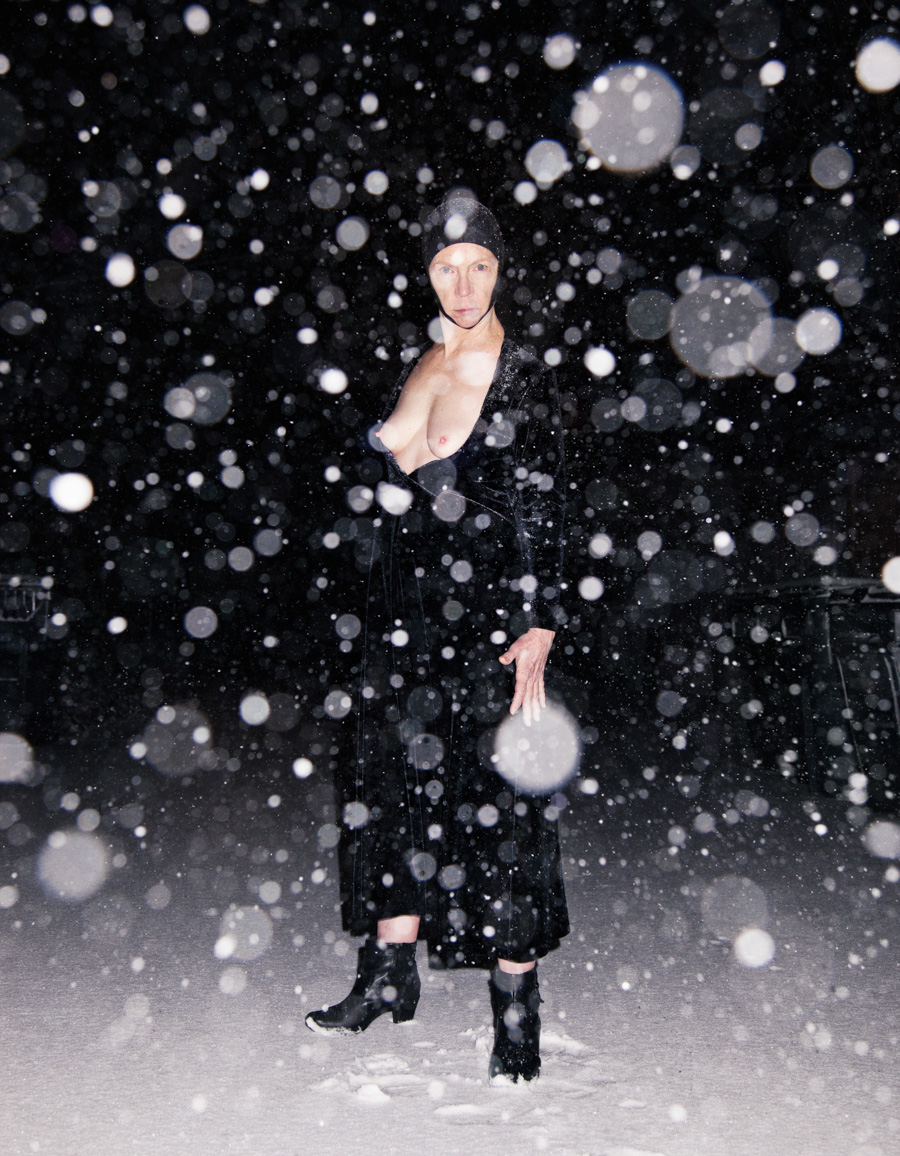 There are images like this, and images where Kathleen looks polished and chic, and there are many other images which seem more — to use Engman’s word — “mean”. Kathleen rolling in sand, blurred, biting long grass between her teeth, looking almost desperate; Kathleen caught off guard. Here, the fact of her relationship to Engman becomes pressing: do these kinds of images appear more or less degrading than they would if Kathleen weren’t the photographer’s mother? Are they, in fact, even more exploitative given the context of Kathleen’s seemingly endless motherly generosity and abnegation of self? Rather than attempting to answer such questions, it seems that Engman raises them self-consciously, using the context of his relationship with Kathleen to explore the notion of a photographer’s authority, the power dynamics that are usually baked into any photographic scenario. Questions such as: to what extent are photographic images exploitative? At what point do they move from being celebratory into this category? Where is consent, and how is it expressed? Is it for the model or the photographer to decide, or is it the viewer that draws up this boundary? And beyond simply raising these questions, Engman actively pushes back against this notional hierarchy: though he may retain authority in the images, the authority of words, of an explicit voice, is ceded. The text in the book is provided by three women, all mothers themselves (Kathleen, Rachel Cusk, and Miranda July). In publicity surrounding the book’s publication, Engman has frequently invited his mother into interviews, making a point of not speaking for her: though the images are necessarily mute, Kathleen is resolutely not so.

In her interview with July at the end of the book, Kathleen described her work with Engman as “the happiest days of my life.” The meaner photographs can be viewed with something like sympathy, or they can be viewed as an extended exercise in deep trust. There is a spread, in MOM, of images of Kathleen asleep, perhaps the most vulnerable state of all, or at least one in which consent is especially complex; the fact that so many of them exist suggests the extent of that trust. Elsewhere in her interview with July, Kathleen describes the way in which her performances in front of the lens relieved her of “the weight of being [herself]”. At least for the purposes of this work, there is empowerment in submission. 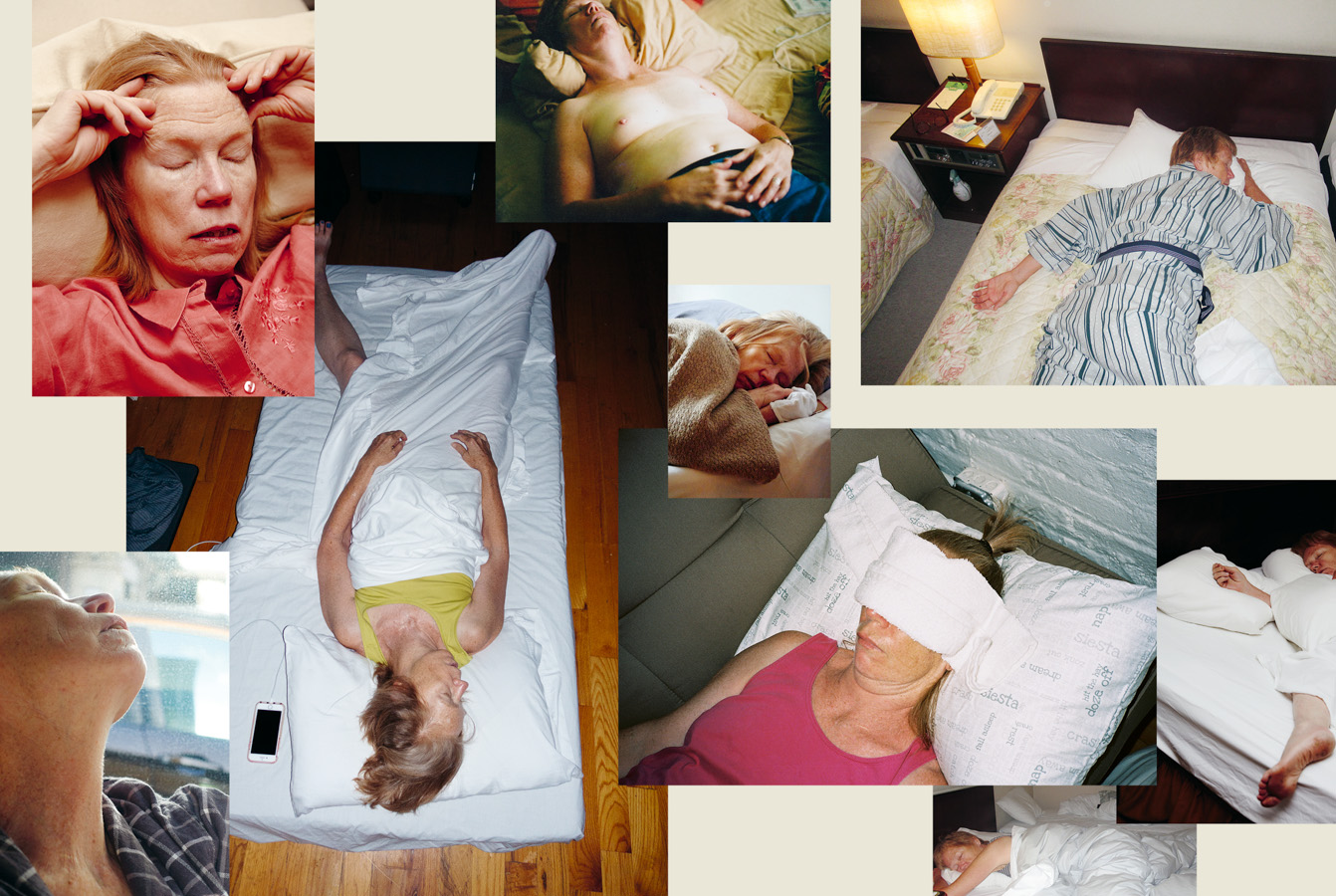 The questions of power and interpersonal dynamics raised by the book’s content are underscored by its form and its attitude towards its form, one characterized by copious volume and reflexive attention to process. MOM is exhaustively experimental, involving costume, makeup, wigs, different locations, studio shoots, in black and white and color, made using analogue and digital processes; not to mention the wax casts Engman makes of his mother, or the larger-than-life-size temporary tattoo of her face which is then applied to her torso to be re-photographed. These more intentional experiments aside, in looking at MOM we are also dealing with a vast archive, not only of the products of Engman’s shoots, but also all the production before and around them, as well as other archival material like Kathleen’s own selfies (from the dentist, from clothes shopping), and snaps and polaroids that appear to predate any formalized collaboration between the Engmans.

The arrangement of, and interaction between, so many images, and types of images, creates an intense, extrapolating, associative meta-relationship amongst them. Many spreads depict collages of what must be hundreds of images of Kathleen overlaid, both on a screen and “IRL”, printed and stacked and re-photographed. There are photographs of a pinboard with a grid of dozens of images of Kathleen pinned to it; there is a desktop screenshot with dozens of screenshots of close-ups of Kathleen’s face. Images that seem, in their composition and execution, like they should be “important”, are often tiny, jostled and abutted by others. There are cityscapes which include an image of Kathleen looming from a billboard. There are video stills, grids of images in sequence, camera rolls showing the development of frames in a given shoot. There are screenshots from Instagram and from Engman’s iPhone camera roll.

“The borders between finished work and work-in-progress have collapsed and the two become inseparable.” 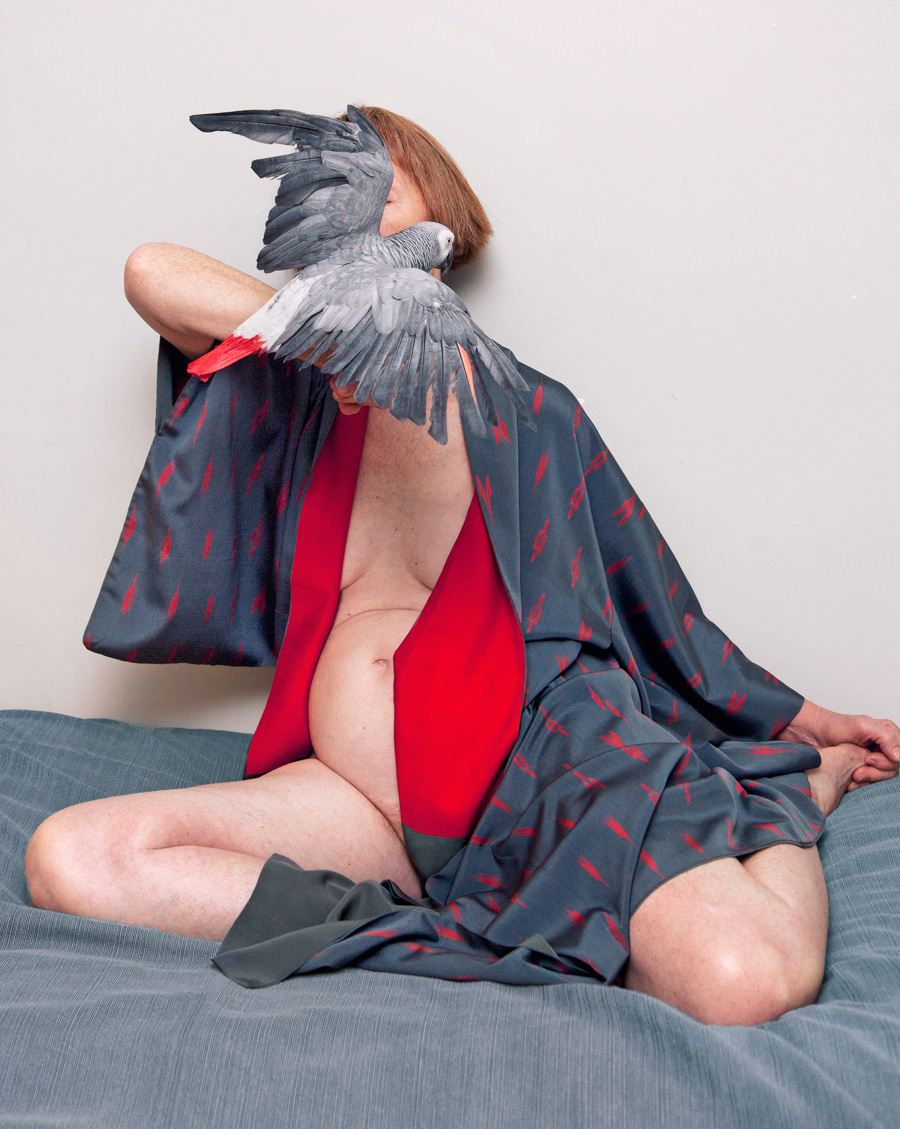 The point is that Engman makes his process visible, transparent, and, in fact, an essential substance of the work. The borders between finished work and work-in-progress have collapsed and the two become inseparable. The conversations between the images, the ways that they are arranged, re-arranged, muddled together, the leaps big and small, the sheer vertiginous exhaustiveness of these combinations, the potentiality: these are the work. It is quite stunningly counter-intuitive, given all the above, that the form of the book seems so well-suited to a project whose irreverence and fluidity is its crucial substance; Brian Paul Lamotte’s design has managed to buttress the integral values of chaos, accident and informality so central to the project. As the book proceeds the arrangements and interactions seem to loosen and quicken, pushing towards and against one another until the final pages which zoom in and out from simple full-length nudes to macro, full-bleed facial portraits, the costumes disappeared, the whole image pure Kathleen. 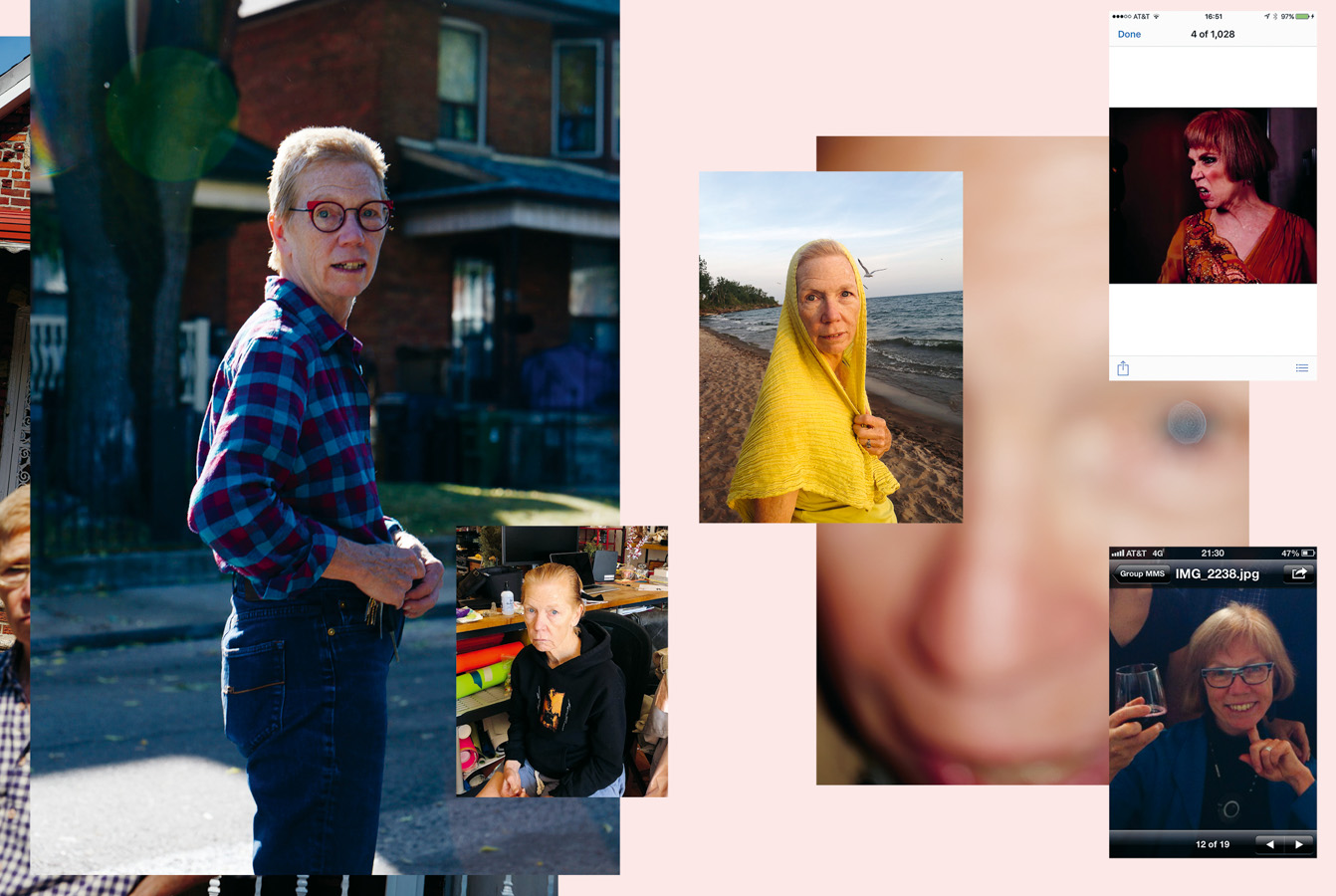 In her essay that comes halfway through the book, Rachel Cusk describes her experience of the two-way scrutiny of motherhood, the way she had been looked at endlessly, at the same time as her selfhood seemed to disappear, its disappearance in fact the bargaining chip that brought her daughters into existence. While motherhood in the history of art is so often presented as something fixed — the icon of the Virgin, the pietà, etc — the lived experience thereof is its opposite, something shifting and pliable, a sweep of images liable to disappear and reemerge transformed at any moment. Towards the essay’s end, Cusk describes her daughters’ delight at seeing her made up, on the way to a party: “…they recognised the production of an image as a form of play, of magic.” This expresses precisely the charge of Engman’s images, which are full of humor and levity and potentiality, as well as the sense of wonder, bravado, and canny showmanship of a magician. The way that he repeatedly makes and re-makes the image of his own mother, blithely calling attention to its artifice, also invokes a ceaseless, continuous, unfixed notion of motherhood that is seldom reflected by art elsewhere. 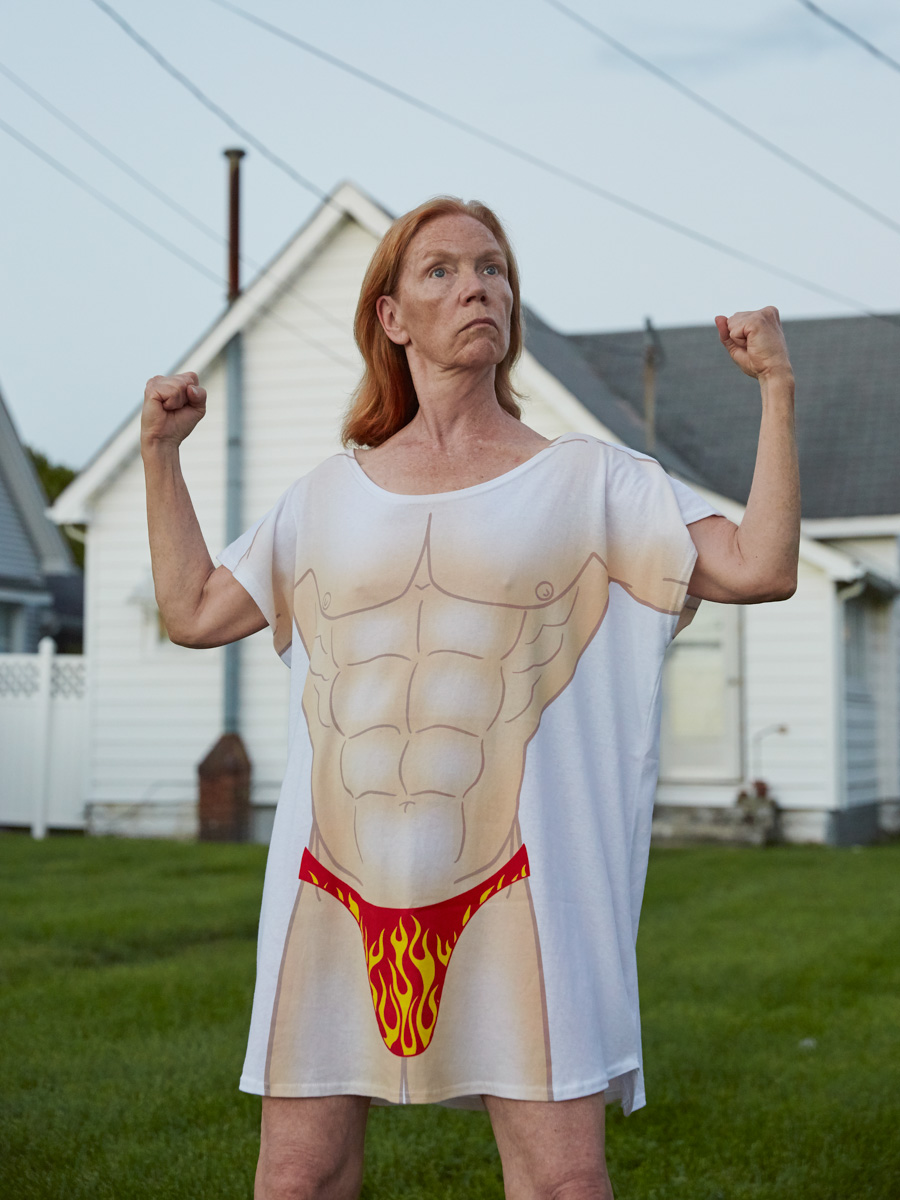 Throughout Mom, Engman is experimenting with play as a tool for rigorous creative practice, trialing combinations both within images and then around them as he arranges them and makes them interact. This results in an endlessly generative space that seems to fly centrifugally outwards until, somehow, an endless series of experiments becomes the work; or, rather, creates the space in which the work can emerge. Elsewhere in her essay, Cusk  mentions the idea of the “unconstructed”, which seems pertinent: Engman himself constantly returns to it, in all the images that gesture towards the imperfect or unfinished (Kathleen in a wrist brace, a neck brace, her eyes half-closed, taking out false teeth, makeup half-done or a wig-cap on, sans-wig), and even the polished images have their polish buffed away by their setting within collages or being pinned haphazardly on a wall. There is a strong sense that, in amongst all the elaborate construction of the studio sets or the road trips or the costume or performances, a new space is being cracked open for spontaneity and, as Cusk puts it, “the raucousness of the real”. 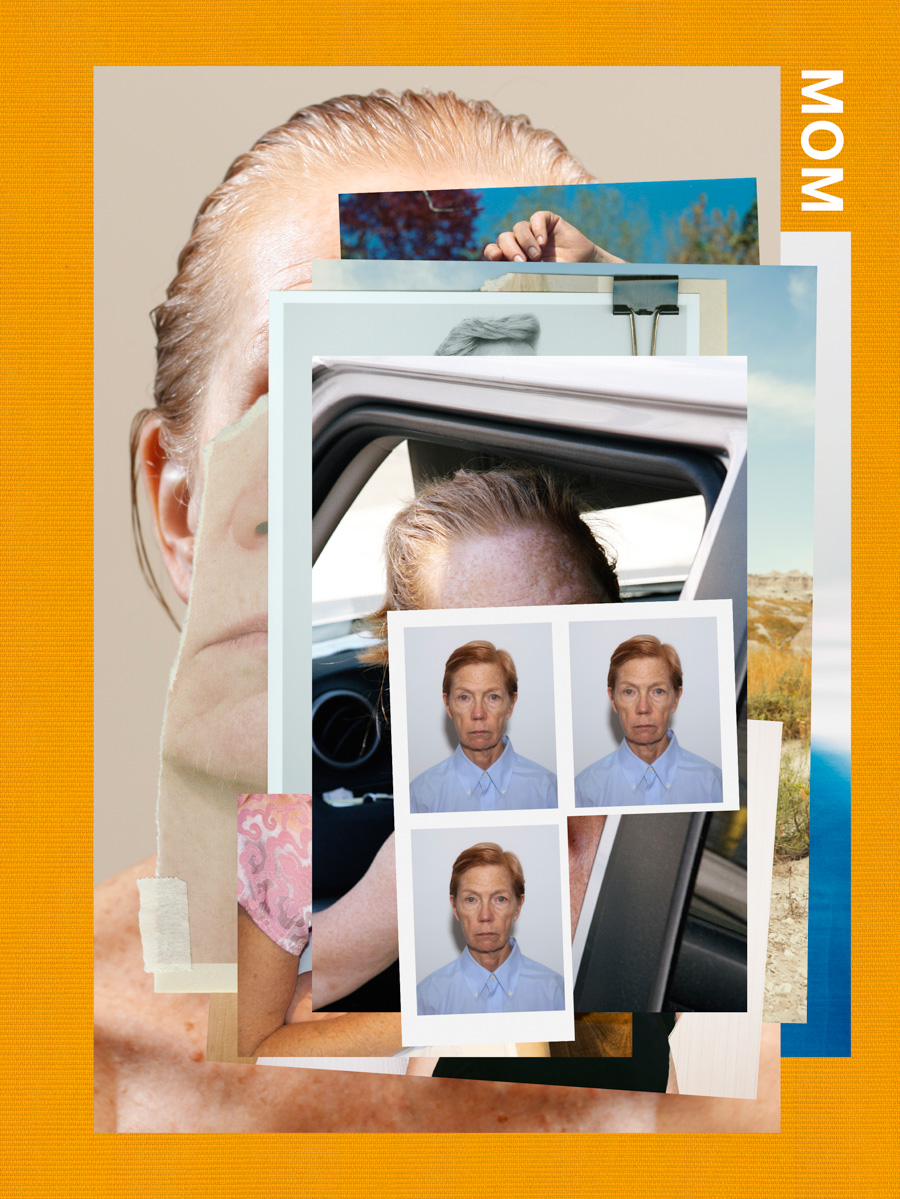