“The de-anthropocentric consideration of nature, of particle, of process is necessary to discuss the framing of new non-human realities”

Let’s consider an alternative version of history that is based on material instead of human folly. There must be a history individuated for the way in which non-animate objects such as petroleum, electricity, and gas have shaped our human culture, society and history. Innumerable are the variations with which I can see a new braided and uncanny re-interpretation of the past middling along to form new futures however bleak and dismal they may manifest themselves that are irreverent to our imagined position as a species. It has been hinted at already with object-oriented ontology. The de-anthropocentric consideration of nature, of particle, of process is necessary to discuss the framing of new non-human realities. 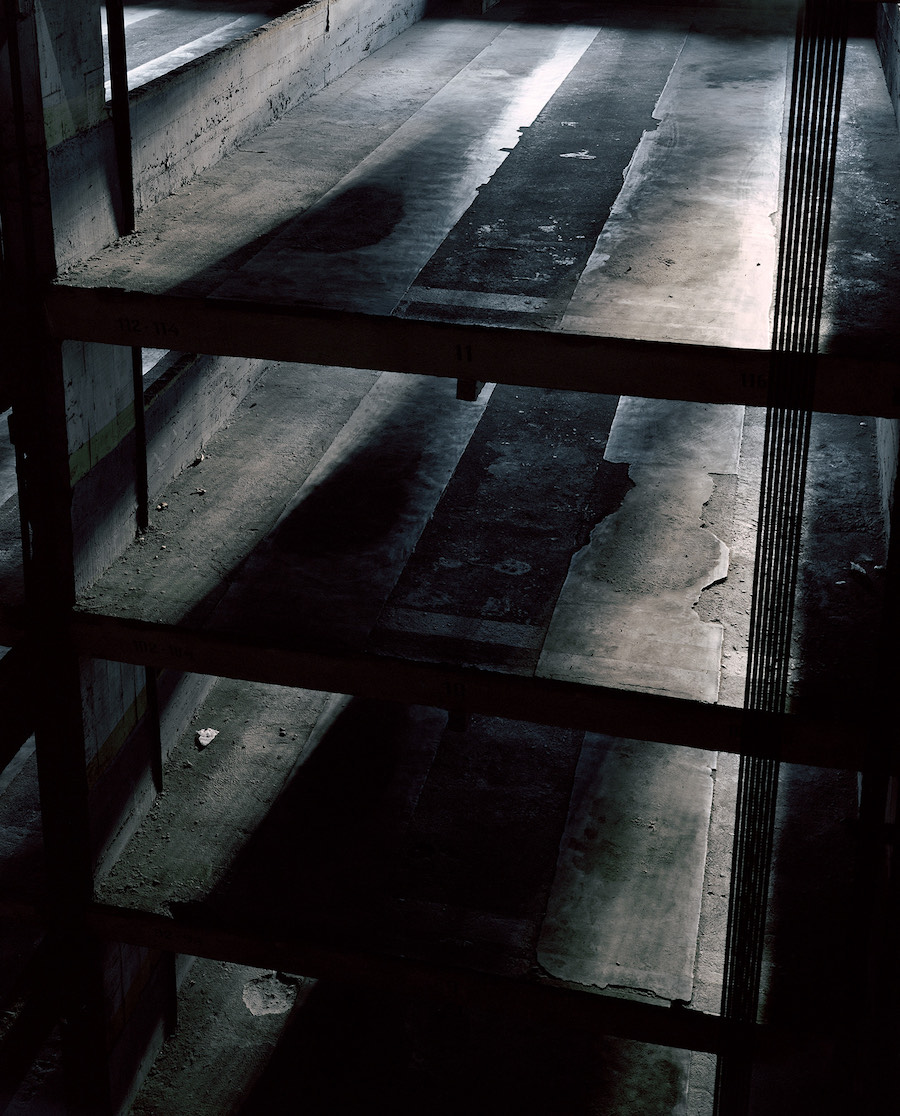 The story of fossil fuels is a completely parallel history that I generally fail to acknowledge unless it is a reflection of misplaced anxiety driven by human corruptibility. I find myself focusing instead on its production as a part of our negligent human history and yet fossil fuels themselves present their own history that I could ascribe as less than separate. Imagine if I were to consider my existence as external to the creation of the world. Could I be more indebted to the history of crude oil and its legacy if I were to re-evaluate its historical value and its inter-connectivity to the origins of the world and the subsequent evolution of humankind? I think there is an affirmation of thought that suggests that petroleum is not an energy source, but rather the fundament of all life. Its scale is vast and overwhelming. 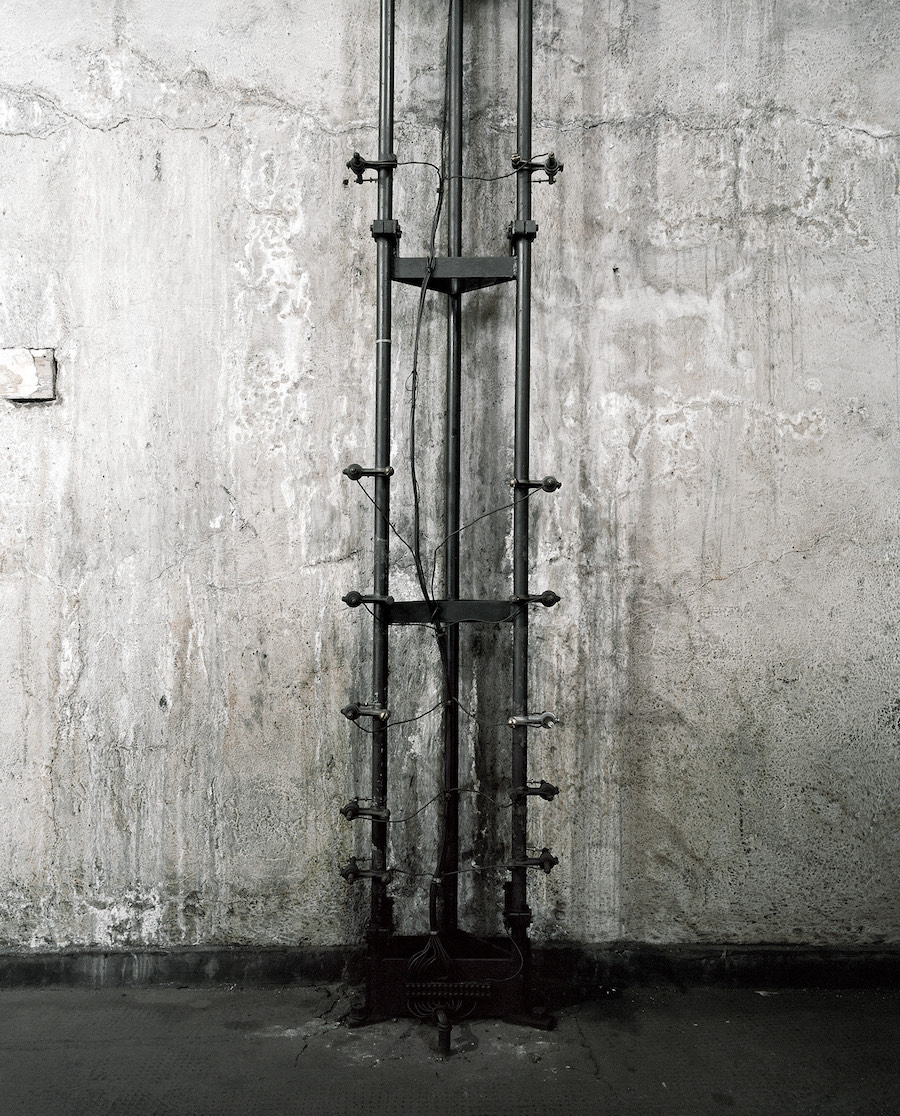 Petroleum, nebulous and viscous could not have had a more applicable and humanized set of terms in “crude” or “raw”. This very substance pulled from the hollows of the earth expands our consciousness of history. At once primordial, unseen and volatile, crude oil offers a complex issuance of potential narratives. Crude oil is formed from the decayed matter of eons deposited  well below the rough-hewn feet that our ancestors sloughed across upon the land on. Under sand and under sea, crude oil lies dormant, shifting its slow organic heft with the rotation of the globe like the tides that bind the sea to the precipice of land. If you were to see crude in its natural habitat, you would only fathom its compression and its lack of light and its bitter choking fumes. Crude oil is death personified in matter, the end result of so much organic decay rectified as sludge, flammable and defiant to the order of human service in its raw state. It is an aggregate summation of all that once lived and it is a noxious variant of all those dissembled parts that we harvest in its necrotic and ambivalent mass. 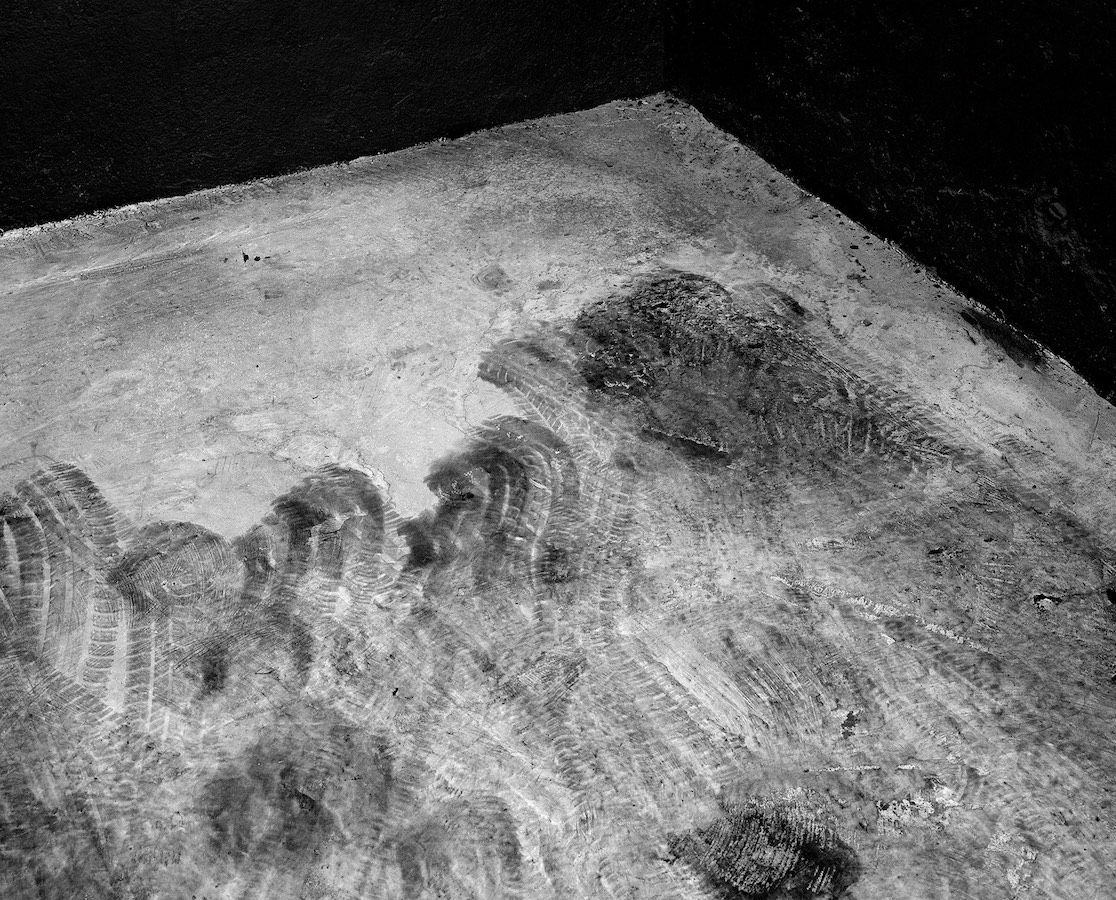 “Crude oil is death personified in matter, the end result of so much organic decay rectified as sludge, flammable and defiant to the order of human service in its raw state”

Oil is an economy unto itself. As mentioned, it exhibits a new organic and noxious system of traits aggregate to the impossible-to-imagine decay. It expands, contracts, pierces the surface of the earth, pooling and clinging to the shafts of marshland grass ensnaring flora and fauna like, creating an impossible trap in which more organic substrate, once digested and liquefied provides further mass for its form. You can think of oil not as subservient to man, but rather as a distorting and reaching reformation of form that coats layers of all that is truly organic. Plastics, fuel, tarmac, the soles of your shoes are just the slower-moving elements of its form all parts of which will eventually return to the primordial pool with my feet paving the way.

To see oil as part of human history is incorrect. Humans harness, create and work for the economy of oil on its behest. The inevitable conclusion of all organic matter becoming part of the complex system that the earth swallows, digests and re-purposes for its black blood. To believe otherwise is fallacy or at the least a minor contempt. If oil were to find a way in which its form were to be used to destroy all life on the planet, such as a climate catastrophe, it would reap the benefit of such world-wide death and decay forming a larger net with which to rule the globe. Do you still believe humans to hold the reigns to oil’s opulent prestige? 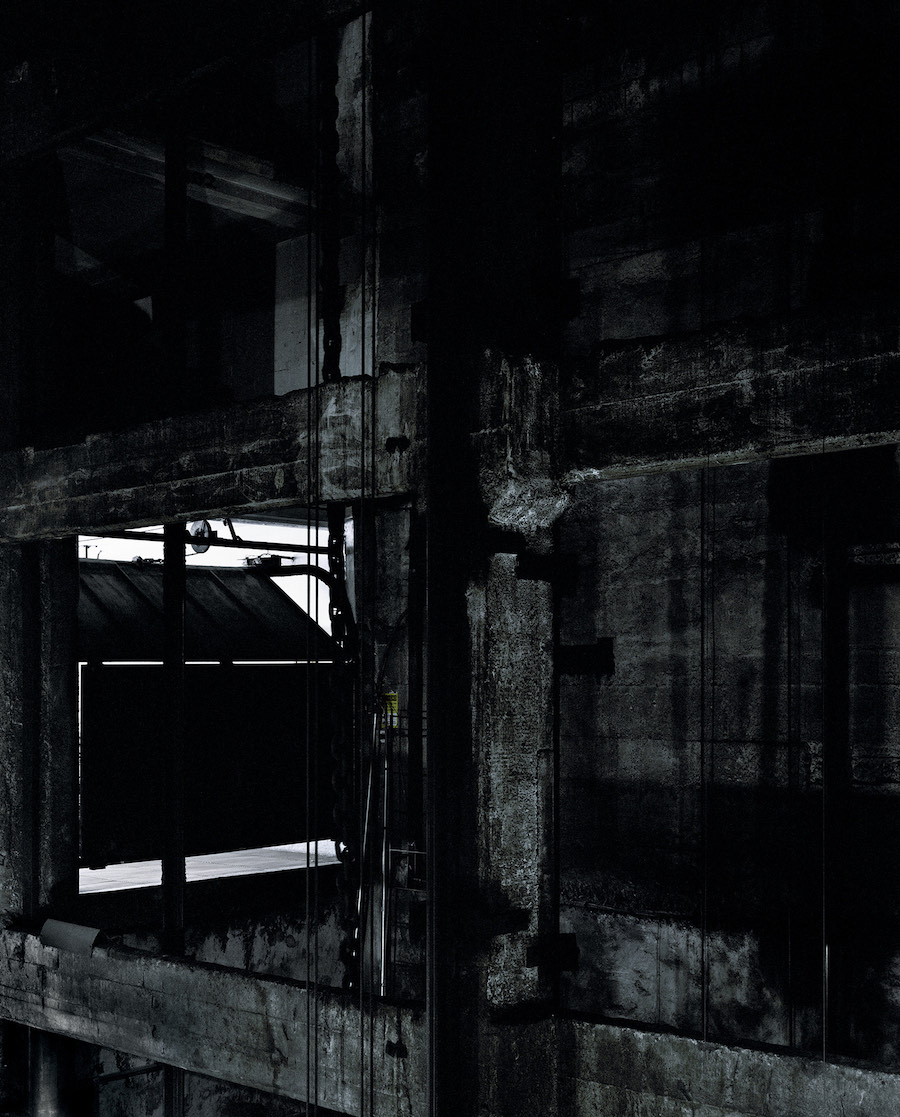 Oil builds empires. It places war on the chessboard of the earth with the satisfaction that it can be in the enviable position of winning on every front. It builds shrines to itself in architectural form from roads to garages and it promiscuously leases itself to human participants in jest allowing the species to modify and mold its condition with the resulting punchline that all things must return to the void. In the meantime, its level of consciousness is not known and yet like a carpet of mycelium on the forest floor, I believe humankind should re-evaluate its consciousness and drives. The hierarchy is inverse. It does not ascend. It descends. Clay is not still. Clay is malleable. Oil is God-like in its immaterial and viscous ability.

Felipe B Russo’s Garagem Automática is a shrine to petroleum as envisaged through its architectural embodiment. In Sao Paolo, Brazil, the history of oil has an appendix, which considers its immutable form as important to the creation of accellerationist tendencies. Humans toil for its throne and it gifts the species automobiles, and homes for their adventures-cool mausoleums to cool their palpitating engines. Humans retire their automobiles in the sanctity of garages. 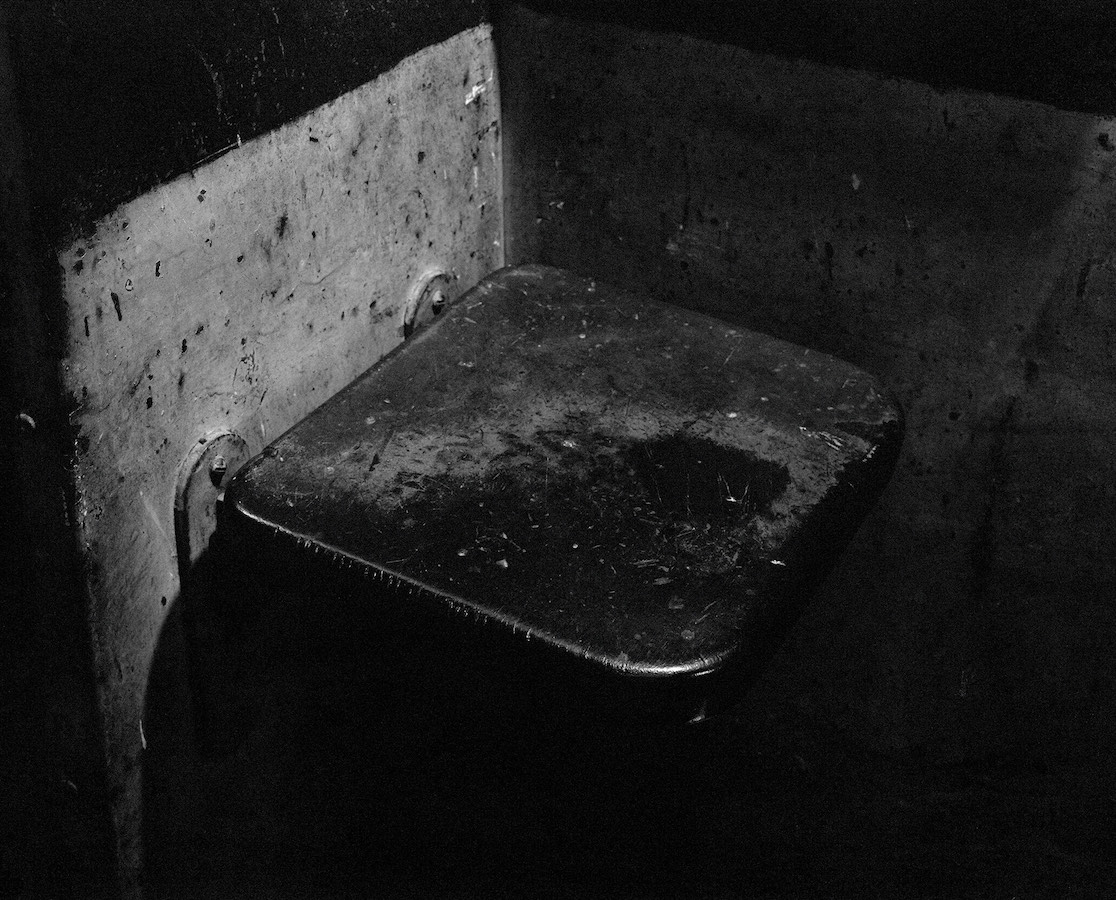 “In Sao Paolo, Brazil, the history of oil has an appendix, which considers its immutable form as important to the creation of accellerationist tendencies”

Between 1960-1980 various architects were given clerical status by oil itself. The oil had subliminally asked these architects to build automobile crypts for the humans of Sao Paolo. These garages as they were called housed the urban mobility of the human species aspiring to travel fast and without remorse or cognizant action of their violent subscription. They constructed 35 of these tombs for the automobiles and in doing so granted the wish of oil to nest amongst the cities that humans had built gestating and awaiting a rebirth of utter destruction. Today, it watches with glee. 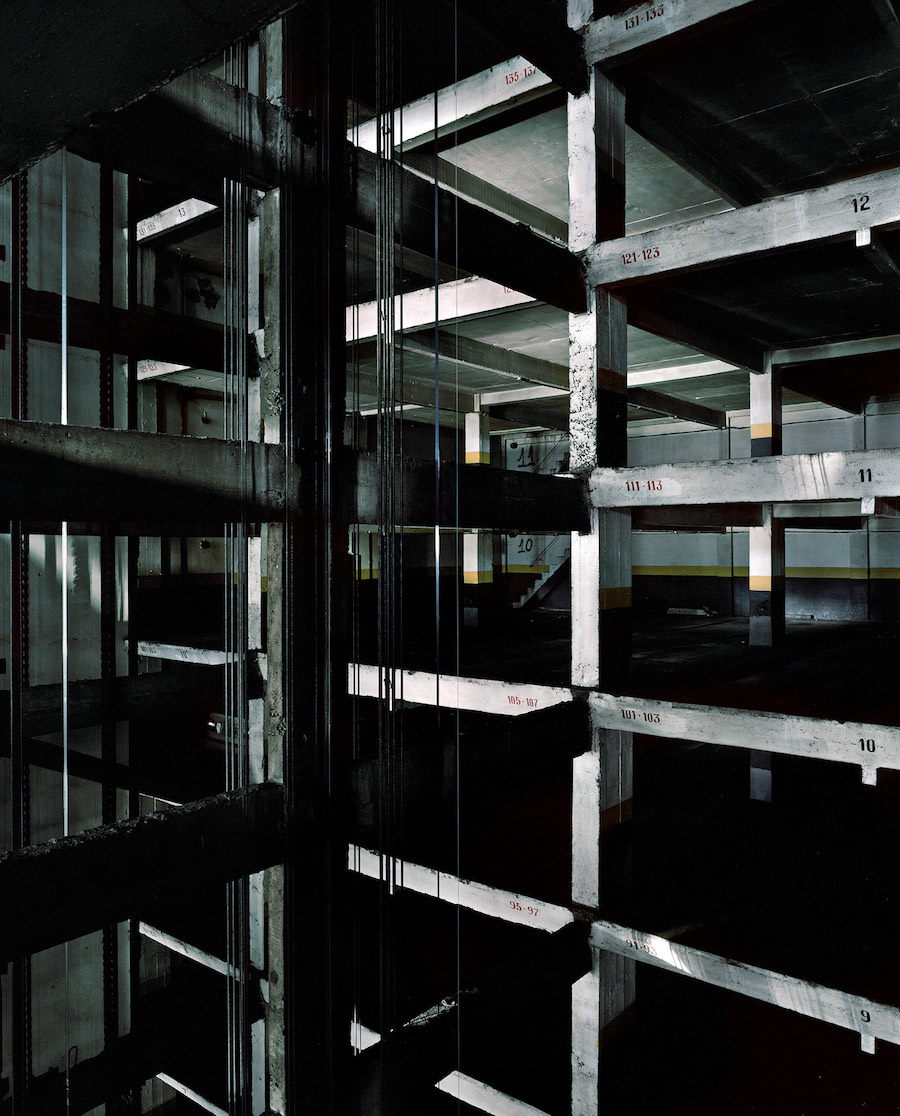 Garagem Automática is the discourse and lens for which we must consider an alternate history of material history. To see these silos as simple garages is to deny their durational embodiment of petroleum’s desire to destroy the habitable form of the human species. It is instead a footnote imploring a bi-furcating and unrelenting belief that human enterprise is divided into two parts of “Us” and “The rest”. The frailty of the human condition is that it cannot see past the concrete splendor of oil’s architecture. It cannot read the terrain and fails to observe the prison it builds for itself from modernity’s casket.

This book is special. That I do not directly give you reference to its single images is important by  way of expression. I have not seen something this pure in a long time. Russo is but one of the high priests of delicate initiation of alternative possibility. His work achieves new heights both in form and consideration. I feel cursed and blessed to own up to its potential. Highest Recommendation. 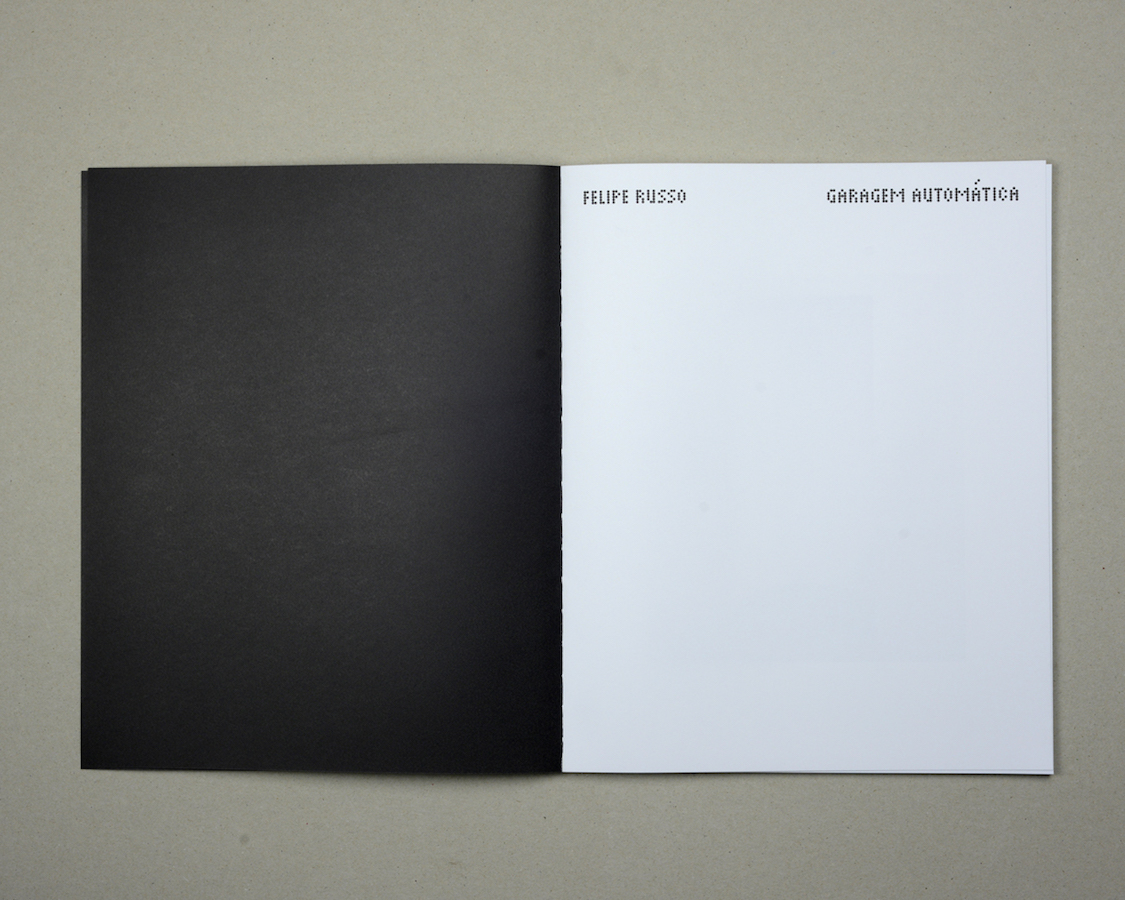