“In the case of Arnaud Montagard’s The Road Not Taken, the lens is focused on the remnants of a mid-century American dream as exemplified by gas stations and diners that bear all the vernacular hallmarks of the Atomic Age”

The best way to describe human activity in a photograph is to remove their presence from the frame. In reducing the presence or physicality of the human from the image, we are left to ponder their built environment, aims, and physical pursuits. It is a pursuit that lies without distinction or distraction. Think in anthropologics. 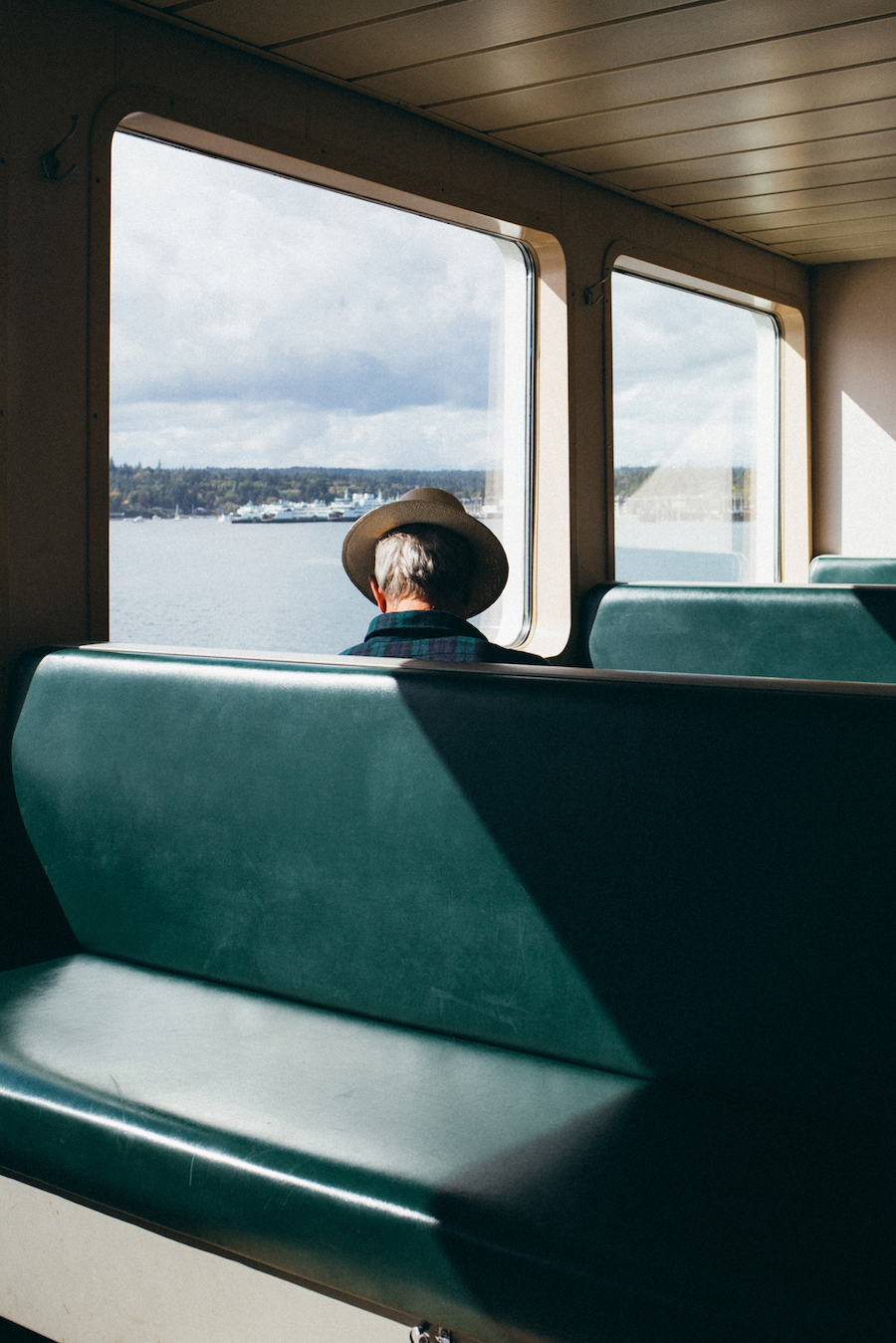 In the case of Arnaud Montagard’s The Road Not Taken, the lens is focused on the remnants of a mid-century American dream as exemplified by gas stations and diners that bear all the vernacular hallmarks of the Atomic Age. The freedom of the cross country drive, the comfort of the plastic squeeze bottle ketchup and the venetian blinds in the diner offering protection against the dusty vistas just outside the hand-painted enamel of the restaurant’s often kitsch facade. All claims are evident as emblematic symbols of the golden years of the empire-a syrupy slide down picket fences, lottery tickets and doors held open by the heavy lanvender-scented breeze of a forming cyclone. Whereas the book does illustrate American people to some degree, their presence is somehow light and frozen within frame and the emphasis is poised on the condition of America and the stuffed stuffing of its stuff-halos and duck hunting, no. 2 pencils and lost passions. 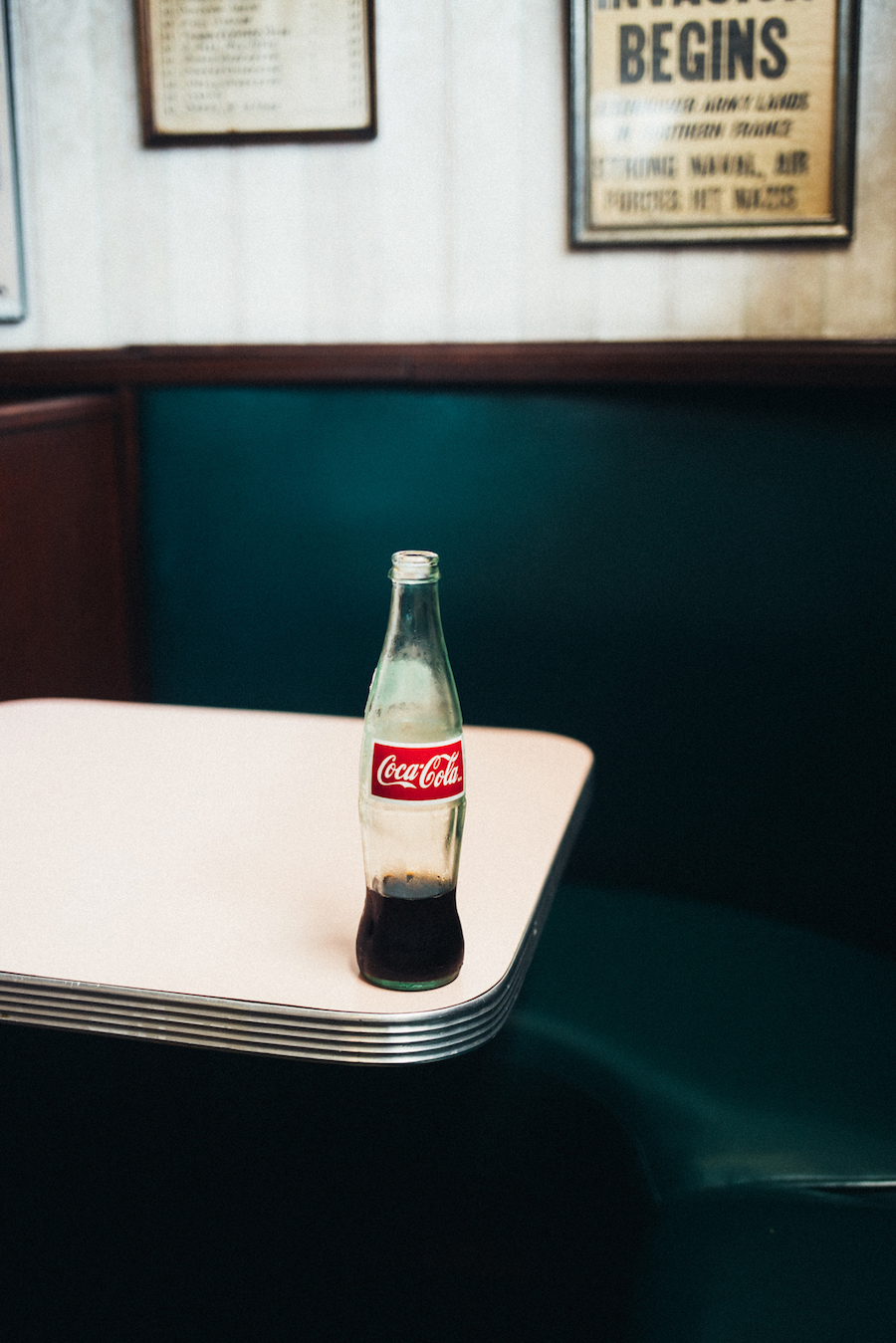 There are subtle political considerations in Montagard’s work that shift the focus from being a simple investigation of Egglestonian use of color and Hido-like cinematic landscapes that become part of Montagard’s bag of tricks. For example, there is a repeated and deliberate use of precarity in the work. This is not outright. It is incredibly subtle and you might not otherwise notice had he not employed its use in repetition. In images that factor restaurant tables, Montagard has deflty placed a symbol of sugarcoated American-ness by way of a Coca-Cola bottle on the dining table edge repeatedly. He does the same with sundaes, salt & pepper shakers and any other liquid container which balances at the precipice of the table’s edge. The symbolism is quite clear-the empire stands on the cliff’s edge. And you don’t stop. 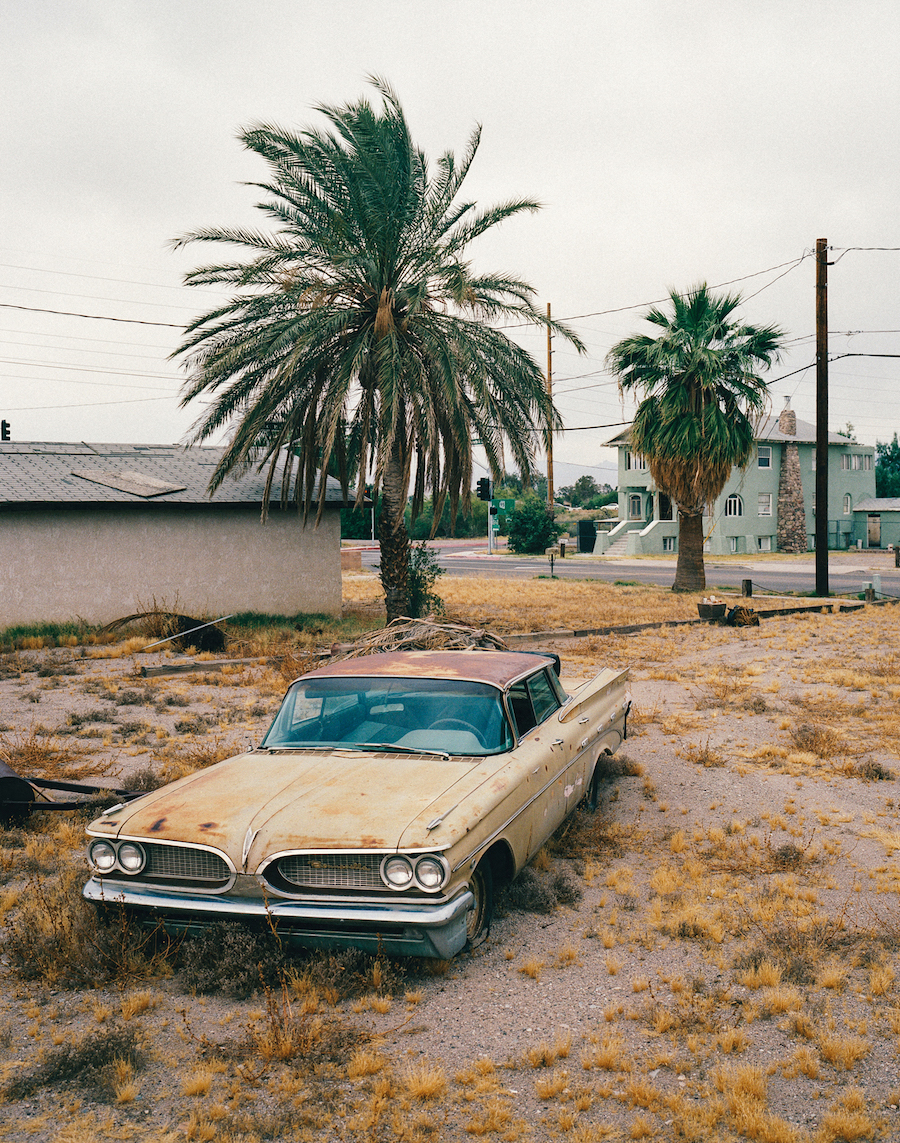 ” In images that factor restaurant tables, Montagard has deflty placed a symbol of sugarcoated American-ness by way of a Coca-Cola bottle on the dining table edge repeatedly”

Throughout the book, Montagard enforces the coma of the American somnobulae through his vivid use of color, but also employs the highly cinematic still frames, particular ordered from the spinning gravel crunching wheels of a car leaving the petrol station to the murky hesitant nature of other diner’s facing away in shadow. One can also not but feel the Twin Peaks in a book like this due to the use of the American Diner as a bulwark of anachronistic cinematic invocation. The diner itself becomes a fertile ground for the awkward state of America itself. 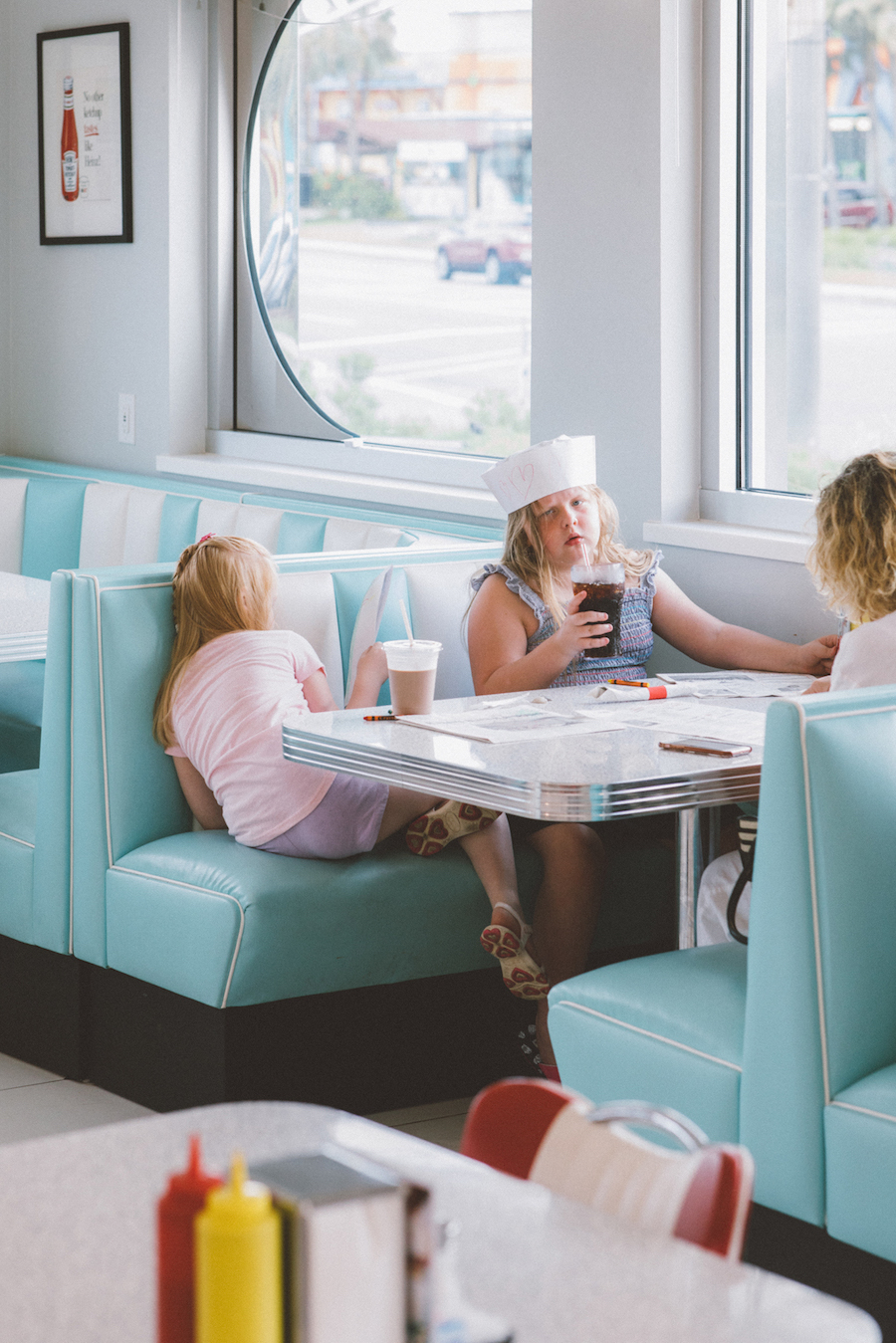 Montagard is also playing with time itself by using these architectural elements of yesteryear. He is cognizant of what the diner does and reasons with its interior and exterior possibilities to exert a control of anachronism in reading the work. Particular images recall the commonplace that Stephen Shore would best exemplify in American Surfaces, though Shore’s images were made of the moment whereas Montagard’s use of the American vernacular strictly prohibits a reading of the moment and instead exists in a state of perpetual non-time, locked in the dreams of yesterday. He does offer some alternatives to this gesture to break up what would otherwise feel like an enforced nostalgia. The Hasidic Jewish man in what can be assumed to be New York and the African American Man grinning at the camera offer alternatives to the prevailing idea of the exclusive American Dream by the dominant privileged class of the post-war era. This clever use of portraiture allows the book to regain some syntax with the now before becoming a pastiche. 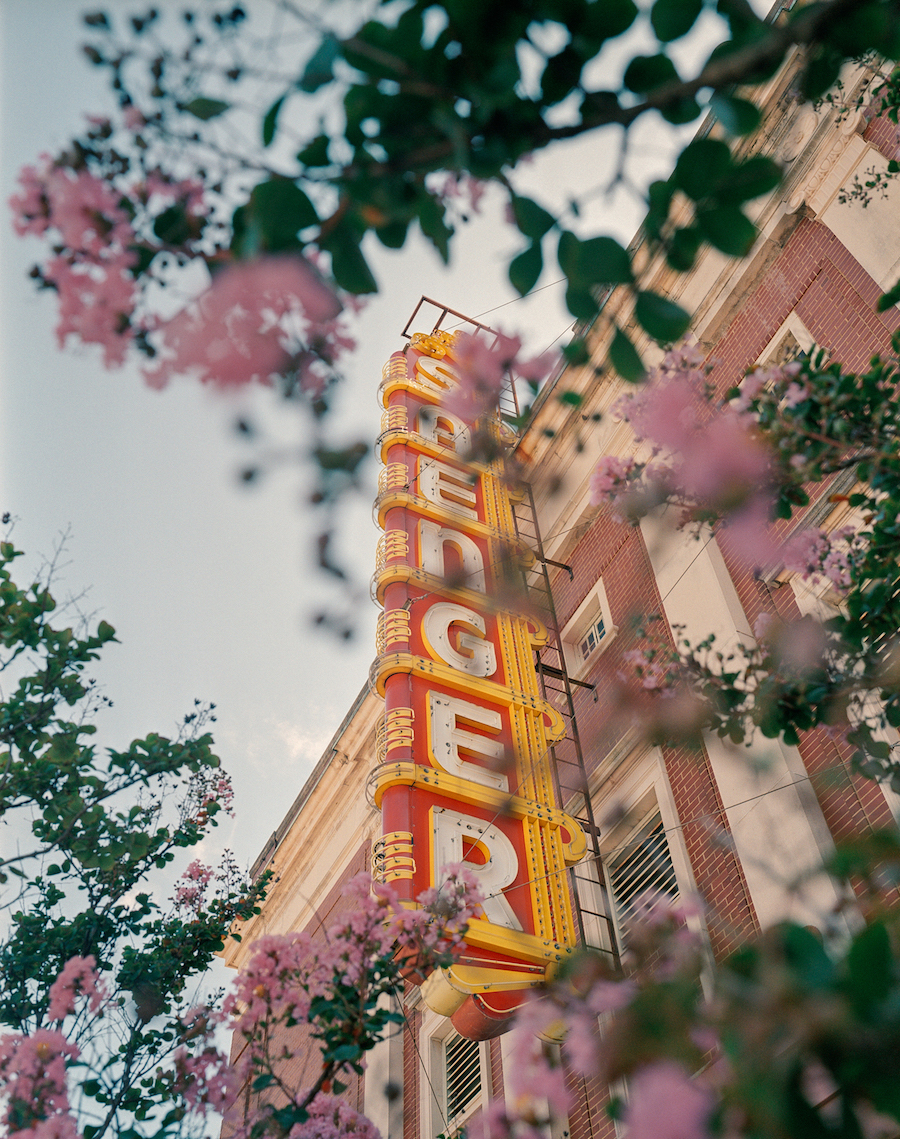 All in, Montagard’s book is quite strong. I feel it could have fallen into several traps along the way had a smart edit and sequence not been considered. With books like this, there are always antecedents that factor into the regard of the photographic milieu-the use of the hotel sign at night being one of these that I can forgive in the moment. There is a strong connection between Montagard and the artists that I mention above, but somehow the condition of America has changed and Montagard is making notes of this transition without a scathing and condemning bittersweet presentation that I have seen in a number of books over the past years.

The book itself is also one of the better-designed titles that I have seen from Setanta Books. The cloth cover color matching the vinyl seat of the photograph that lies in the embossed board is nicely situated and animates the photograph into the hands, which is a nice ploy at tactility. I disagree slightly with the size of the text inside, but I am not a typographer, so…It will likely be on my list for the year and I do genuinely feel that this is a step forward for Setanta. 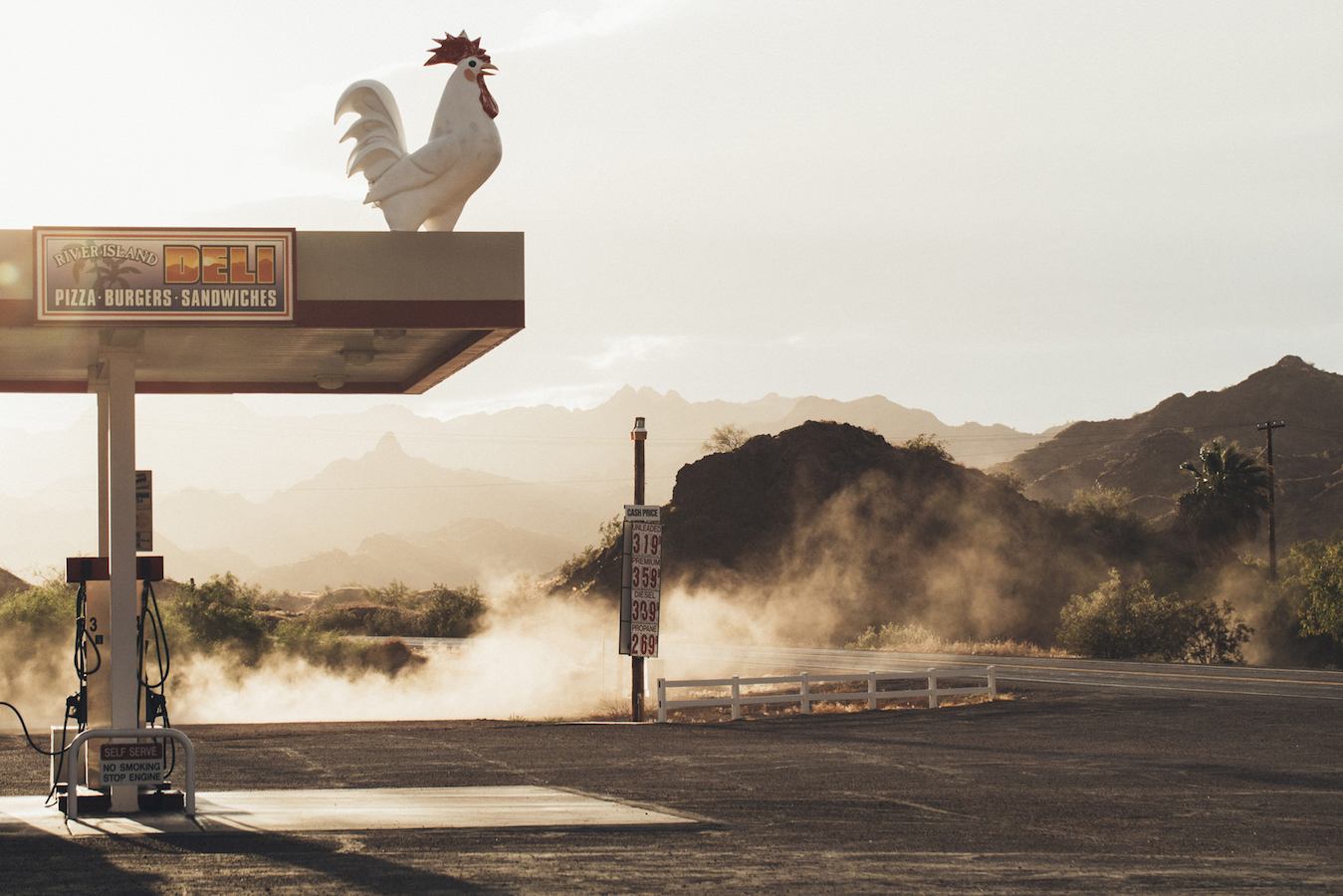