“For Levrat, the idea of heterotopia described both the site itself, and the acts of minor carnage that he carried out there – innocent and playful on the surface, but with a subtext of riotous refusal.”

Alongside the human ability to create goes a powerful urge to destroy. The cerebral satisfaction we get from building something often comes a distant second to the sheer visceral thrill of watching it get burned down, blown up, or smashed to rubble. But there’s an art to breaking things well.

In 1978, artist and engineer Mark Pauline founded Survival Research Laboratories. The San Francisco-based collective put on performances featuring giant machines built from scrap – ingenious contraptions that spew columns of flame, that grab and shake, stab and crush, tear and pulverise, hurl projectiles and molten metal, and produce eardrum-shattering sounds. Many of SRL’s creations are designed and built with the sole purpose of destroying things, often smashing themselves to pieces in the process. As Pauline puts it, his life’s work is “to inject a sense of anarchy into our day-to-day lives.” 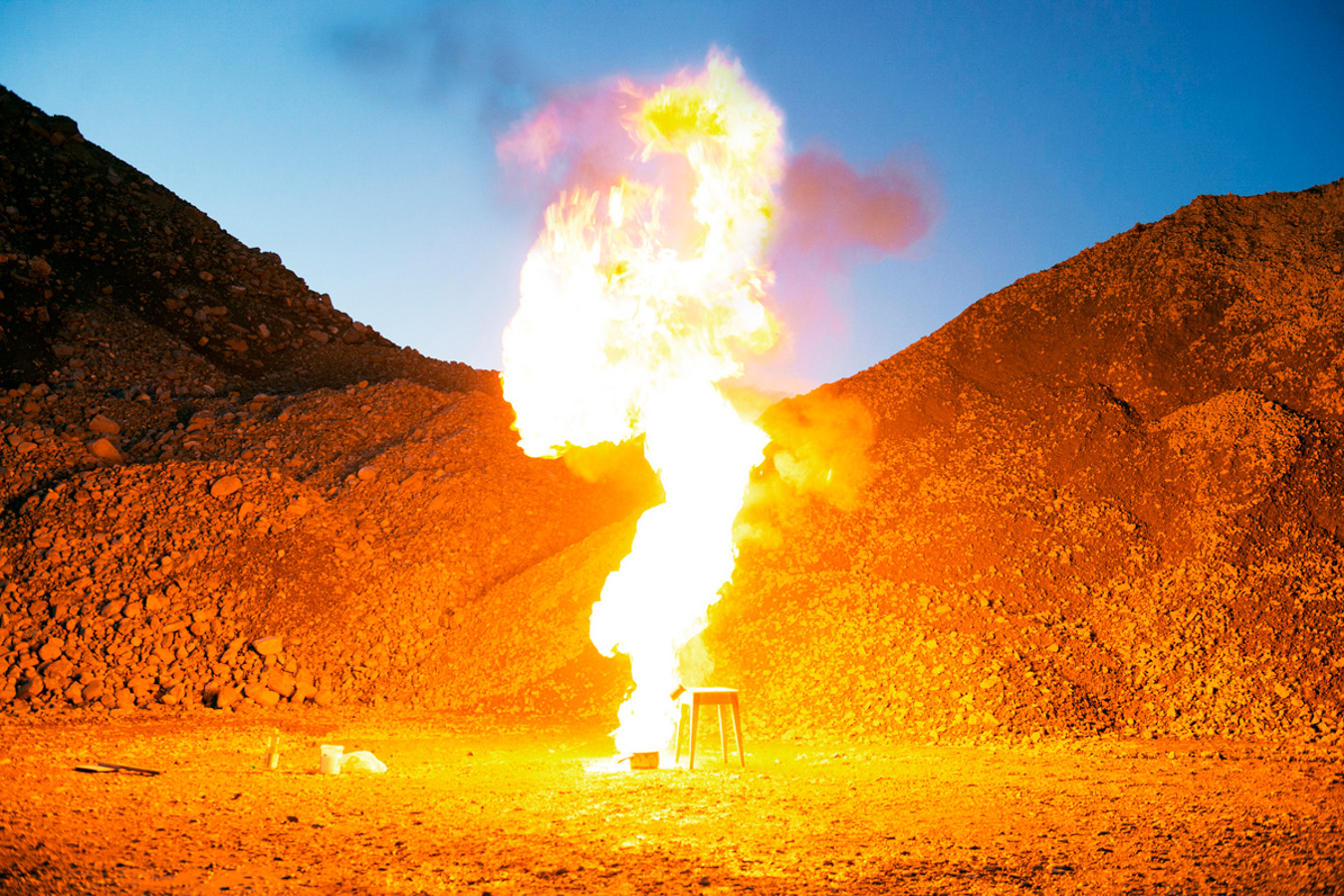 A few years ago, Swiss photographer Vincent Levrat discovered his own private outdoor research laboratory. We’re never told the precise location of the brownfield site where the photographs for Outburst were shot – what was most important was the fact that it was there, it was full of rubble and builders’ junk, Levrat could stay there as long as he wanted and do whatever he liked. Hidden away from prying eyes and meddlesome officials, places like these encourage a childlike kind of creativity – driven by moment-to-moment curiosity and the joy of play, with no expectations and no particular goal in mind. 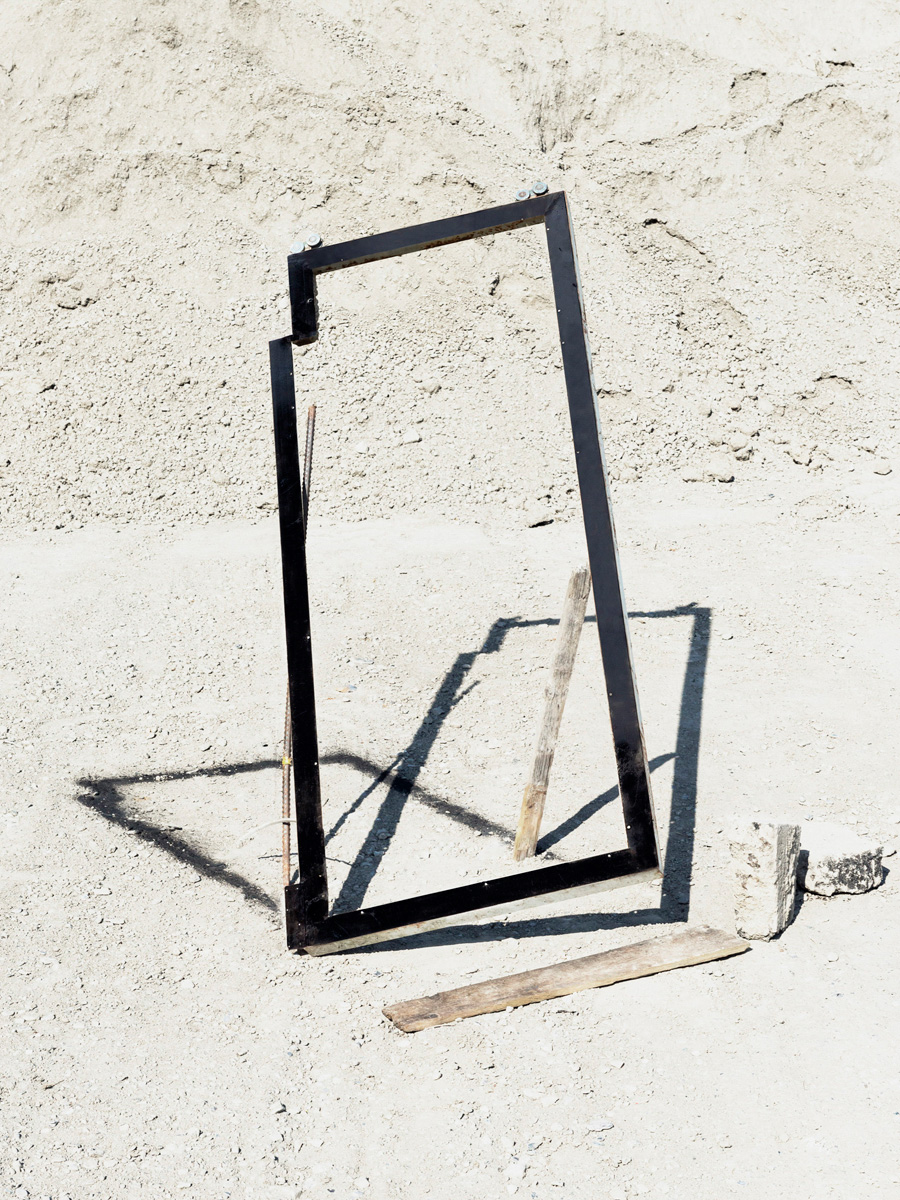 Michel Foucault coined the term heterotopia for such sites. ‘In our era, space presents itself to us in the form of patterns of ordering’, he wrote. The heterotopia overturns this order. Heterotopias are real, physical places that diverge, in both form and content, from the institutionalised patterns of modern life. Time and space are organised differently there – history collapses into the present, here into there. They encourage behaviour that ‘deviates from the current average or standard.’ For Levrat, the idea of heterotopia described both the site itself, and the acts of minor carnage that he carried out there – innocent and playful on the surface, but with a subtext of riotous refusal. The images of flags, fires and concrete slabs that recur throughout the book are not neutral: they hint at blockades and protests and the more violent acting-out of subversive politics. 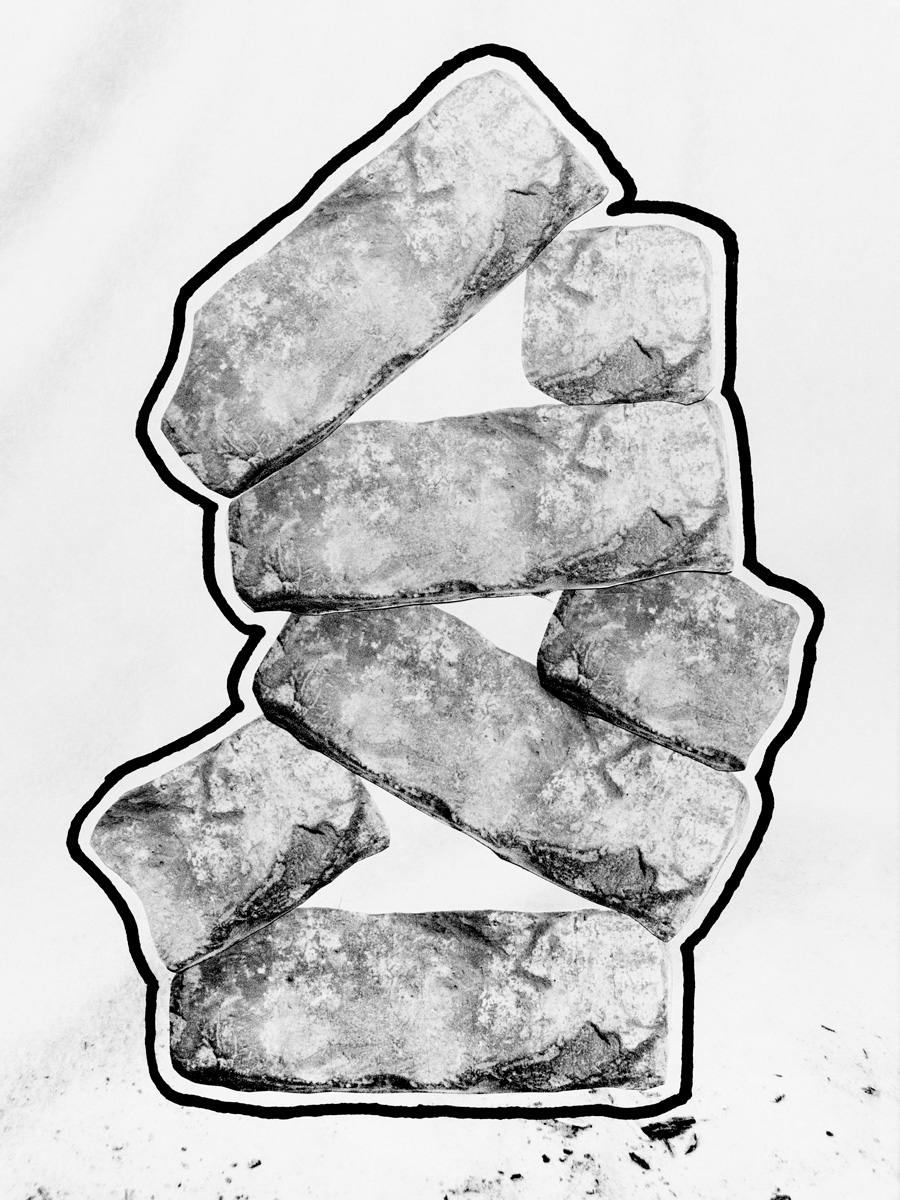 Heterotopia, wastelands, insurgency …. Outburst engages with all of these notions, but as a photobook, it isn’t really about any of them, at least not directly. It’s more of an appendix to Levrat’s actions, and an enticement to think about what the photograph can and can’t do in terms of representing them. It’s not a site record or a document of a place – Levrat was careful to leave out any clues of the laboratory’s exact location. There are photographs of temporary constructions (and of the same constructions falling over), but they don’t perform the same kind of evidentiary function that they do for the work of an artist like Andy Goldsworthy, whose ephemeral, site-specific sculptures would otherwise vanish without a trace. There are photographs of explosions, of rubble (and occasionally, of Levrat himself) flying through the air – but where the visual records of performance art stand in for actions that were intended as artworks, Levrat’s exploits don’t aspire to this status. 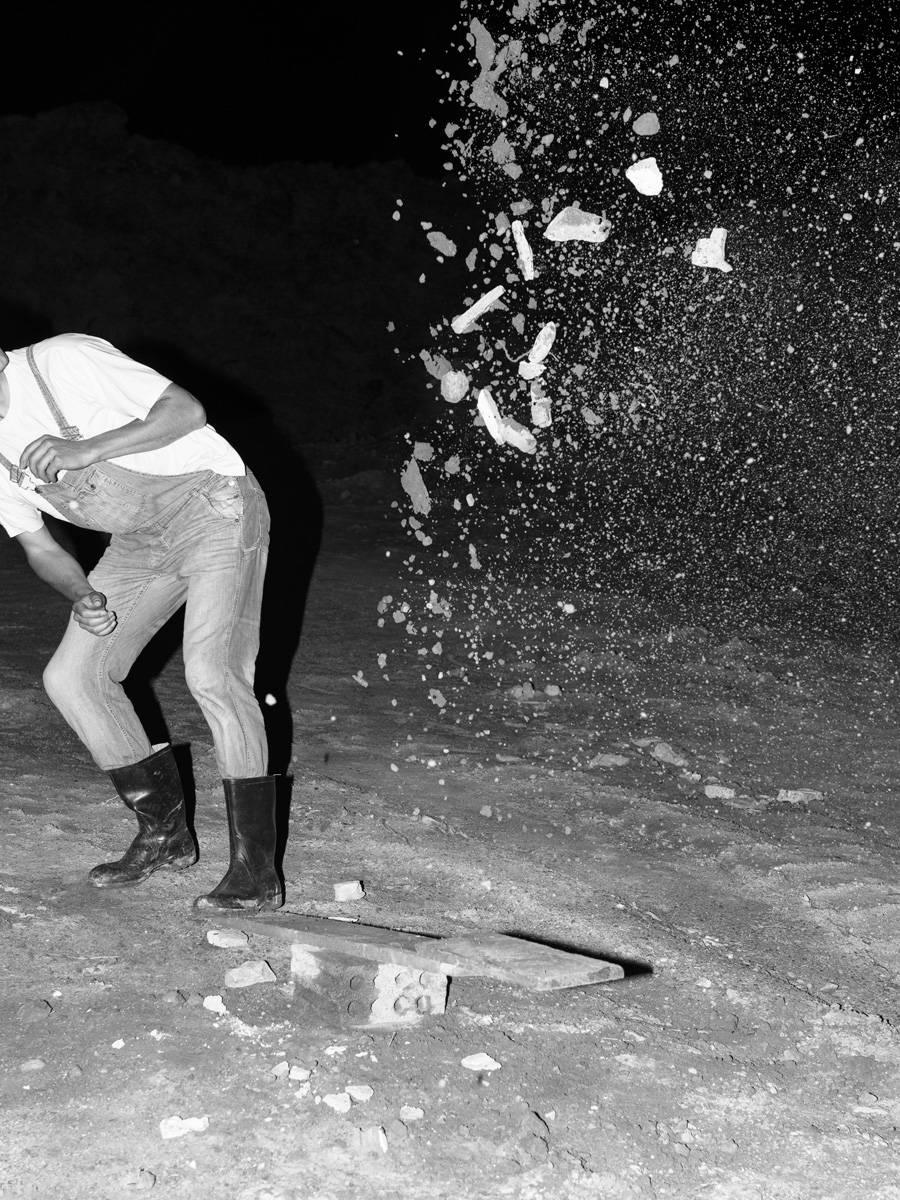 Outburst also contains perspectival illusions, rephotographed prints, and collages; sometimes, images are inverted or altered subtly in postproduction. There’s a nod towards contemporary photography’s mannered encounters with sculpture, and its recent obsession with building site archaeology and rebar aesthetics. And there’s a strong affinity with graphic design and illustration – a relationship that’s becoming more and more important to photographers as well as book designers. The photographs themselves may look casual, but this is a highly visually literate book.

“The original dummy for Outburst was a massive object, roughly the size of a breezeblock – laughably, mockingly oversized. The published version hangs onto this sense of gleeful parody, celebrating the creation of disorder out in the world, and in the microcosm that is photobookland.” 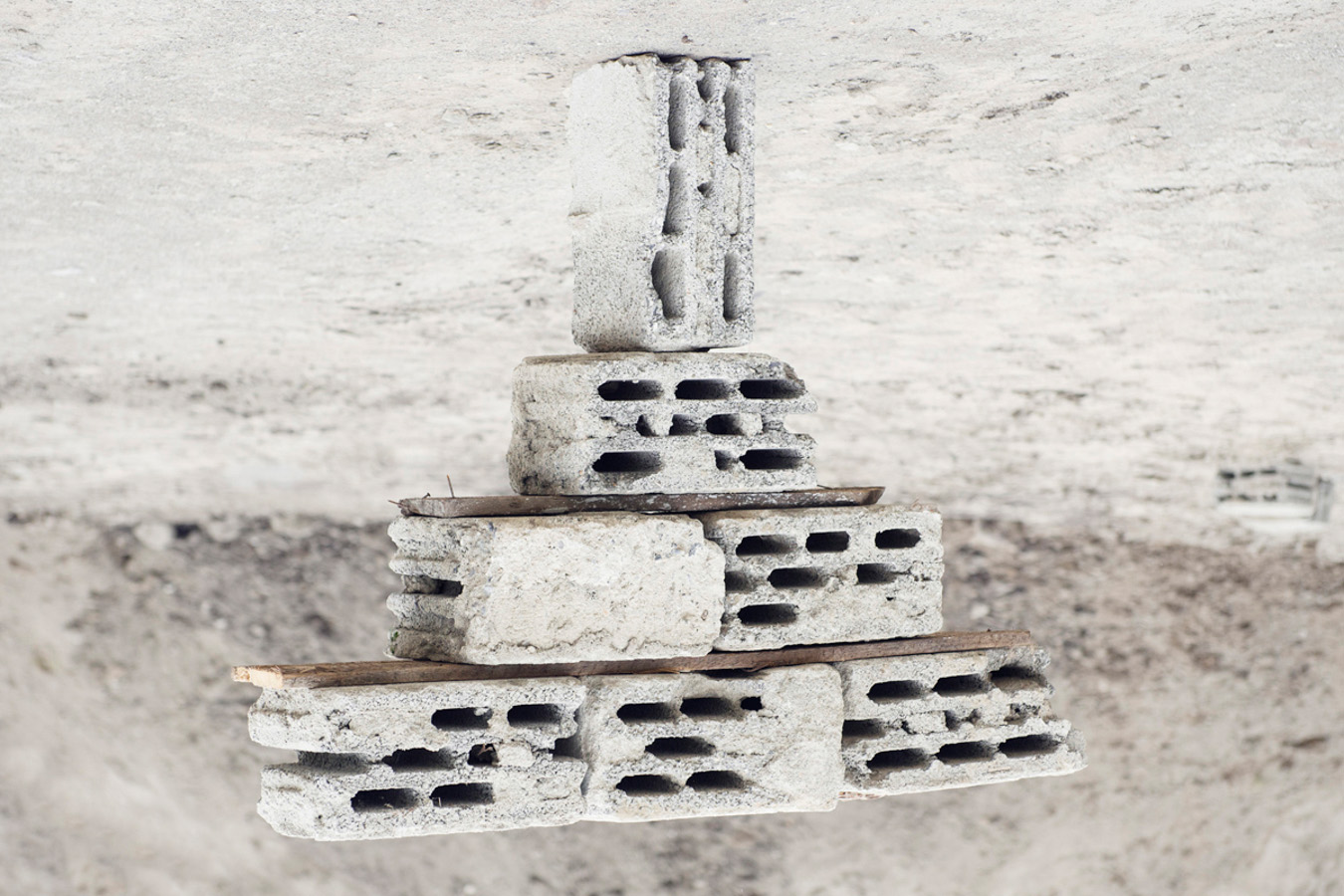 Levrat was also influenced by the absurdist mischief-making of Roman Signer and Fischli/Weiss, by the ritualistic defacement inflicted by John Divola in Vandalism, and by the radical conceptual/environmental impulses of the 1960s Italian arte povera movement. It’s a rich mix. But there’s a subtext to the book that takes it beyond these influences, an awareness of the photograph not as an end in itself, but as a starting point for further tampering and transformation. Outburst shares the sensibility of books like Douglas Mandry’s Equivalences, which challenges the photograph’s status as a document by demonstrating how something as apparently simple as a shift in colour can take an image light years beyond its original referent. There’s also some of the self-conscious excess that defines projects like Daisuke Yokota’s Matter/Burnout – which I love, but which, in my more cynical moments, feels artful and a bit too meticulous in its nonconformity. 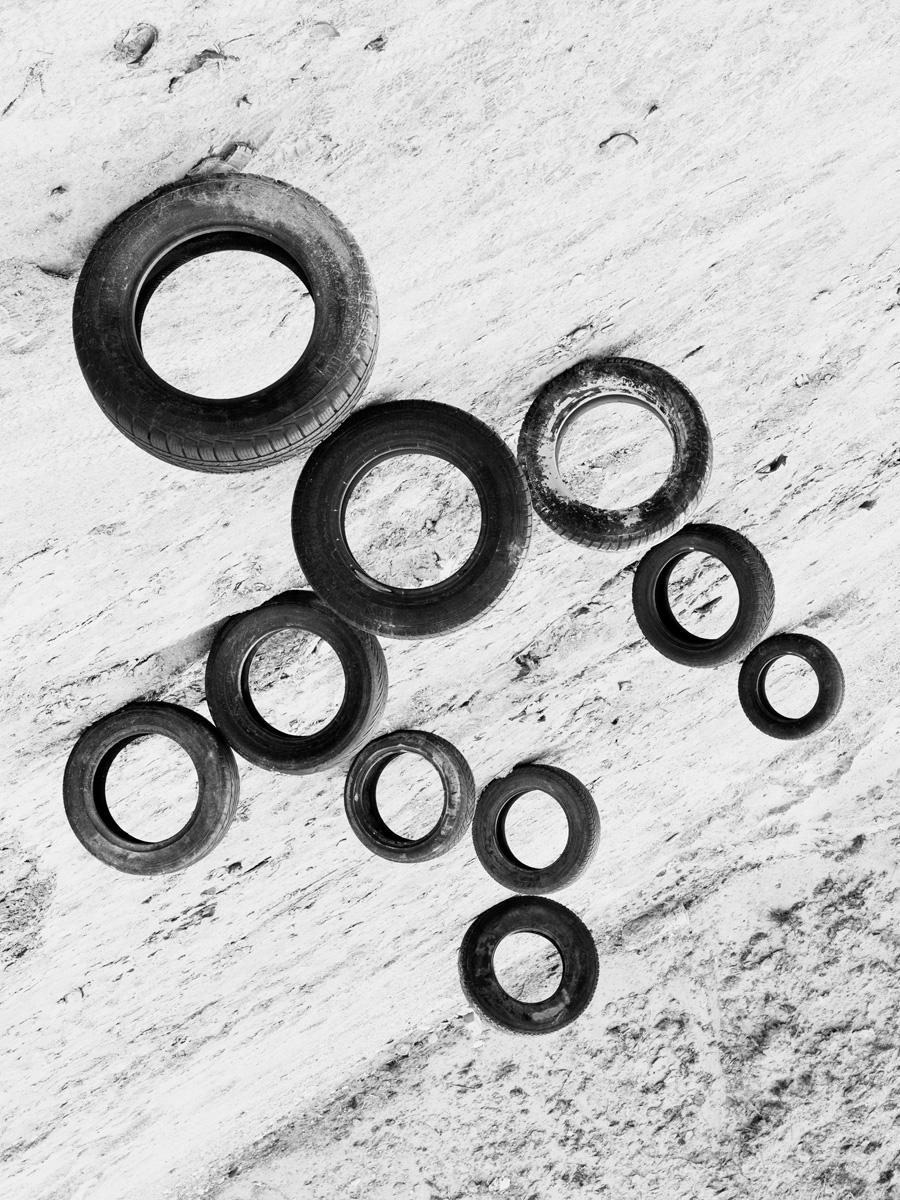 All of this is put together without much obvious regard for conventions like narrative or sequence. By this, I don’t mean to suggest that Outburst is careless or pointlessly anarchic, because it isn’t. There’s an art to breaking things well. And while Levrat didn’t necessarily set out to make a metacritical statement, the more I look at Outburst, the more it strikes me as a tongue-in-cheek takedown of photobook culture. The original dummy for Outburst was a massive object, roughly the size of a breezeblock – laughably, mockingly oversized. The published version hangs onto this sense of gleeful parody, celebrating the creation of disorder out in the world, and in the microcosm that is photobookland. 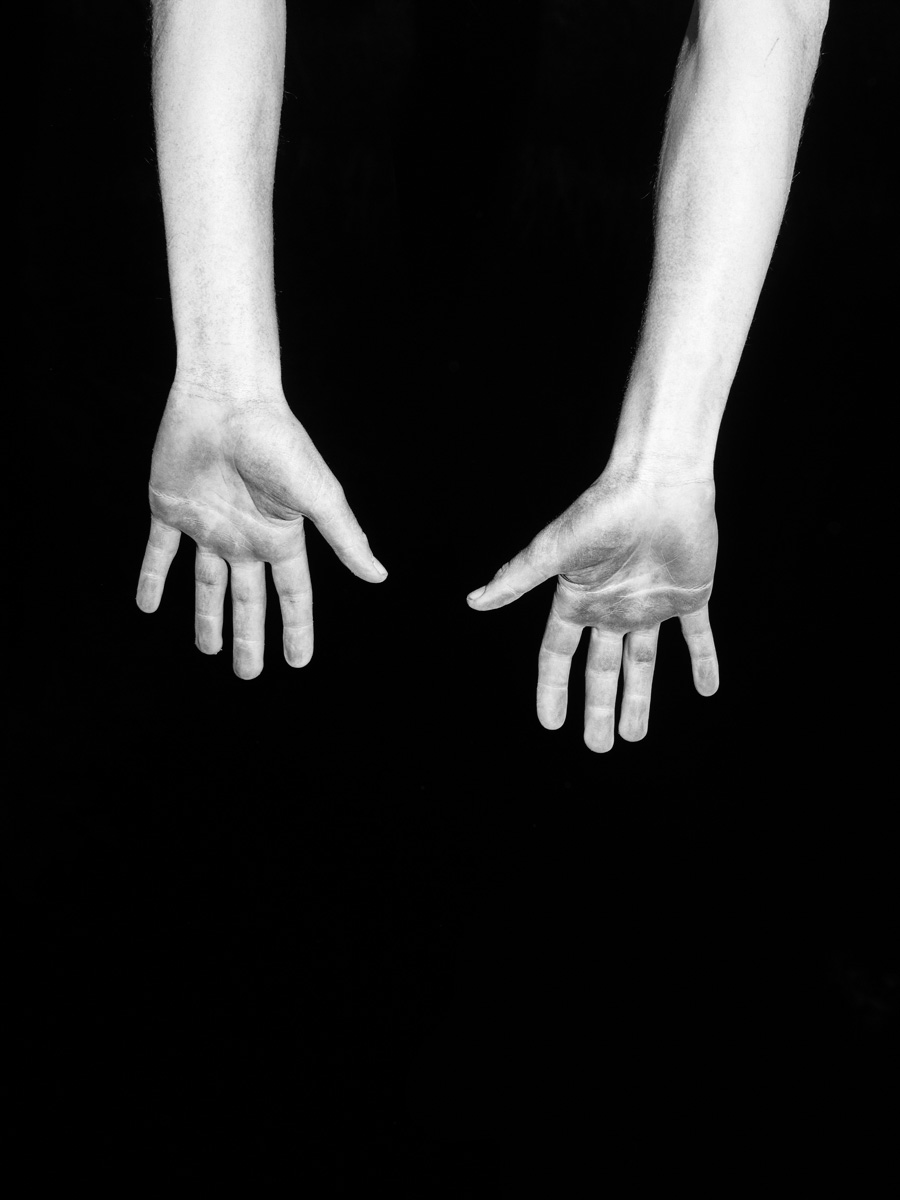 Foucault described the heterotopia as ‘a space of illusion that reveals how all of real space is more illusory, all the locations within which life is fragmented.’ It’s a reserve of imagination, a countermeasure to routine, and a necessity if we’re to continue dreaming, individually and collectively. Levrat’s work celebrates the fundamental joy of misbehaviour, and in the process it delivers some home truths about photography’s present condition. The photobook as a heterotopia? Maybe that’s pushing it a bit too far, but Outburst is a welcome injection of anarchy and an invitation to take ourselves a bit less seriously.