“I exhibit a strange tendency in airports to curse, eyeball other people with malice and regard the general process of shuttling and hefting my mass through antiseptic tunnels and bizarre space age flat Jetson walklavators with contempt…”

A commonality between train stations and photography is the architecture of waiting. Waiting can be read in several ways. For some, waiting is an irritation. I for one have developed what can only be considered as a fleeting airport autism. I exhibit a strange tendency in airports to curse, eyeball other people with malice and regard the general process of shuttling and hefting my mass through antiseptic tunnels and bizarre space age flat Jetson walklavators with contempt that recedes pretty much immediately as I walk out the door. But, that is an airport. Please do not brand my caliber as insensitive. I simply have no other way to explain an approximation of condition. 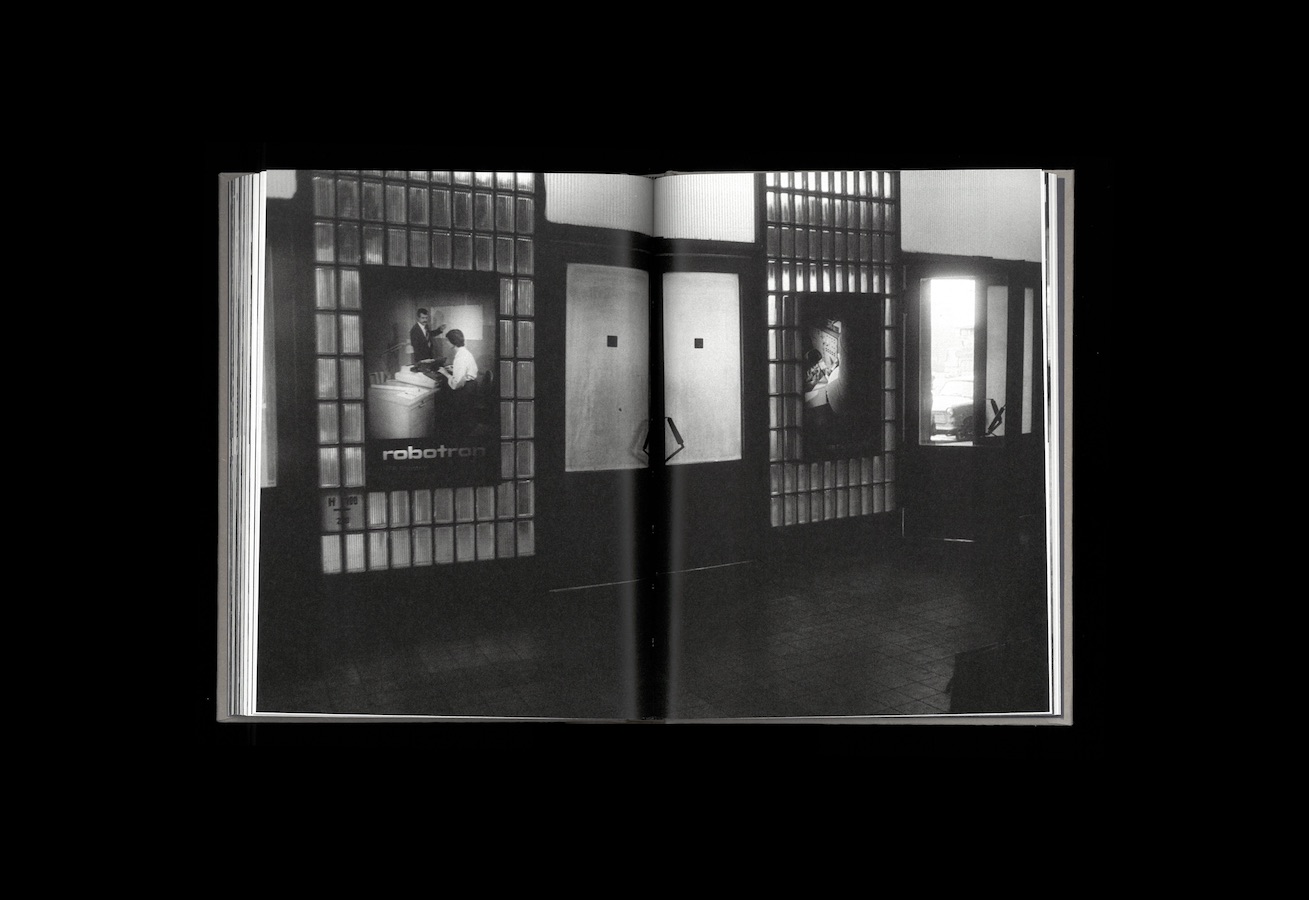 For others, waiting is more than a temporary condition. It is a sport. Living in Europe and having access to travel by train, I find that this jocular sport of waiting is imbued with what can only be understood as a flanneurism that has been lost from the arcades of Benjamin’s sagging middle-life. The ambler, the cautiously optimist “waiter” all take refuge, but not too closely in a train station. It becomes part of the day if done right. You can manage to avoid the unruly process of queues, screaming children and so on. These are things that you can also do if you are a photographer whose work is “found” and not “made”. Waiting, seeking, yearning and walking are all part of the game. Generally speaking, two differing strains exist. One is committed to people. The other, is dependent on their aversion. 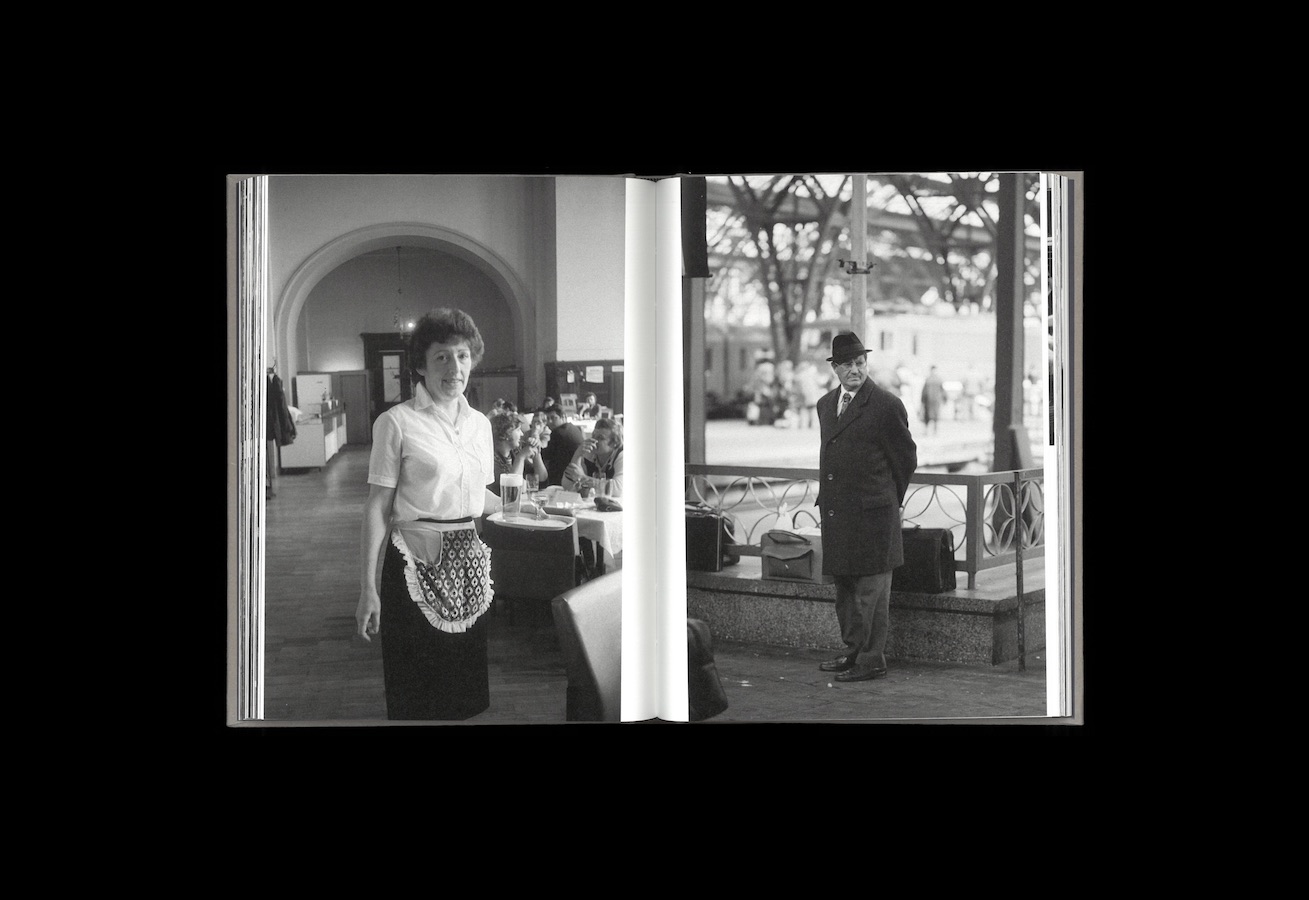 The casual nature of a train station, even with its security, occasional sniffer dog and various coffee outlets acts now as a portal. This portal associates with technical historical considerations that deal with communal nostalgia and longing within the considerations of travel. In America, the Amtrak train is a thing of the past, celebrated only when we defer from the terrible experience of the Grey Hound in cheap national travel. In Europe, the train cathedral/station is engraved with the twentieth-century. The tone of each portico is still bathed in the grime of a once ever-present cigarette smoke that has held the smell of decades within its micro-porous surface. This same litany of sensory production can be found in cathedrals-incense and myrrh joining the distant pining of children dipped ceremoniously in oil and water, wails seeping out from the vault of memory. 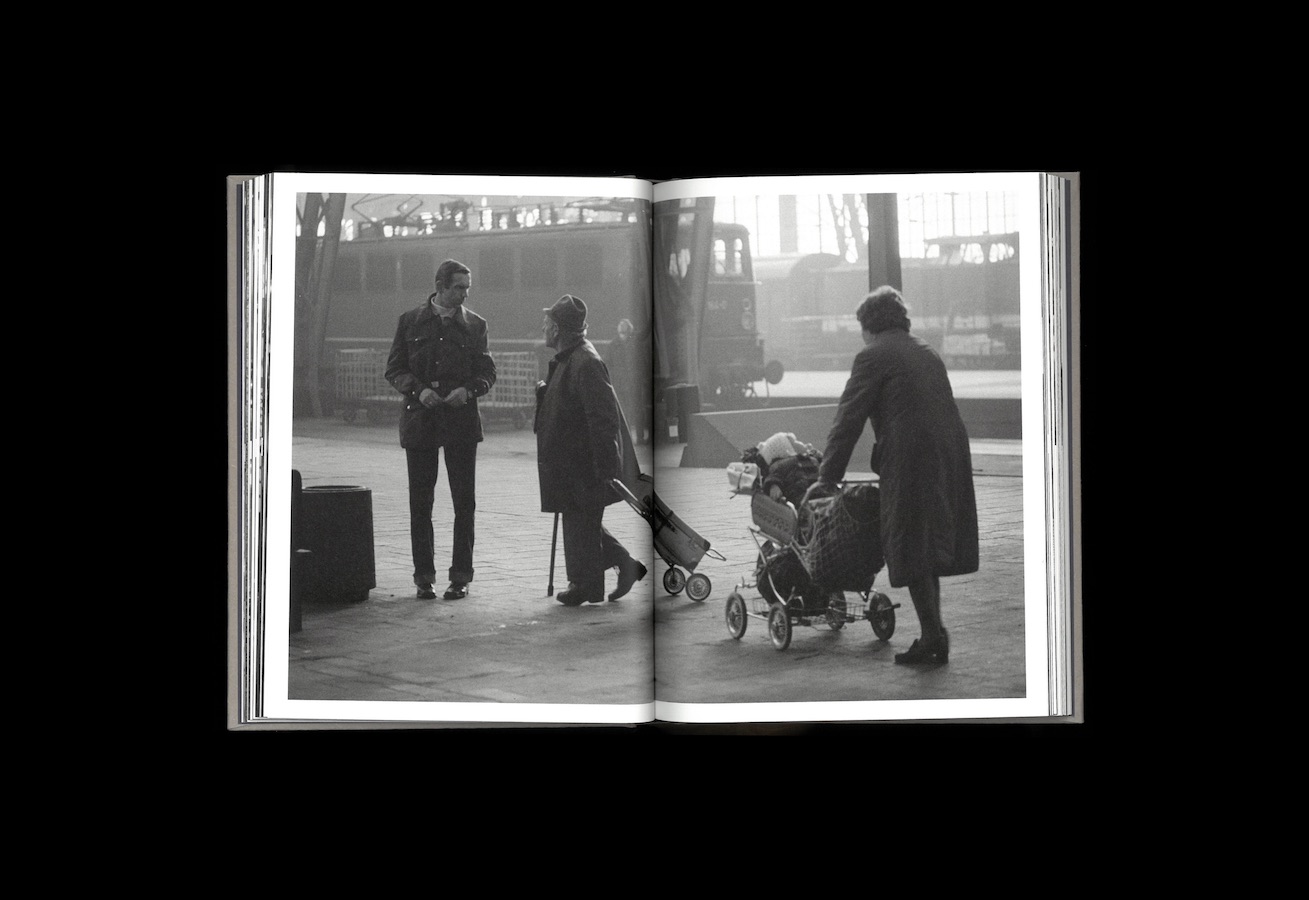 Helga Paris’ book Leipzig Hauptbanhof 1981/1982 (Spector Books, 2019) is a book predicated on observation, kindness and waiting. In her book, we see the former East German station resplendent in the glory of its masonry. The interiors lend to a soft chiaroscuro that envelopes the viewer tripping up ideas about what the East looked like in the 80’s and the political tensions of the day are subsumed into the surface of the architecture itself. These tensions are not apparent. What is apparent through Helga’s lens is a different spirit entirely. Instead of using the age of production of these images to place political divide into the frame, instead the artist considers what can be drawn from the human fodder contained within the station on her walks while presumably waiting. 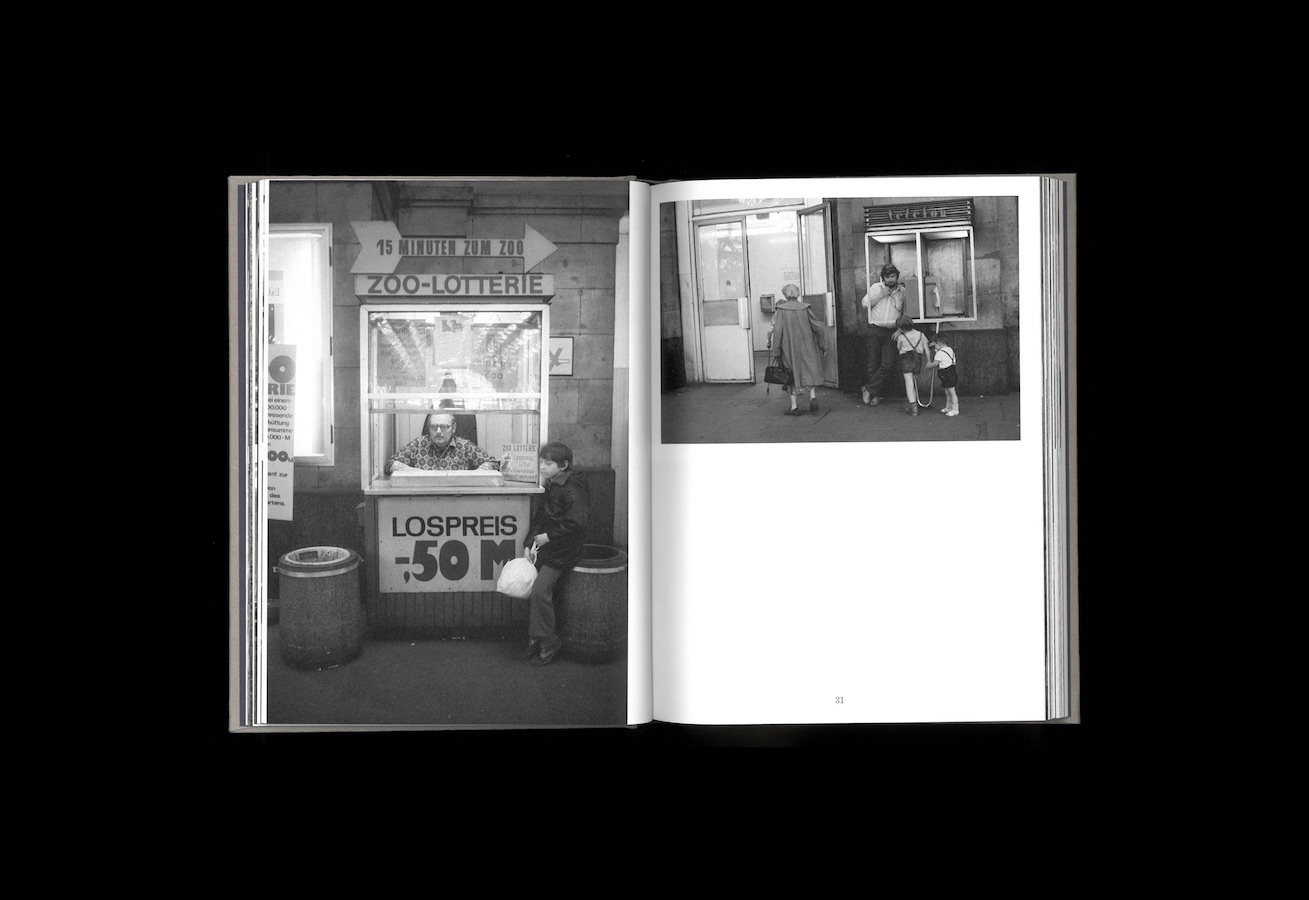 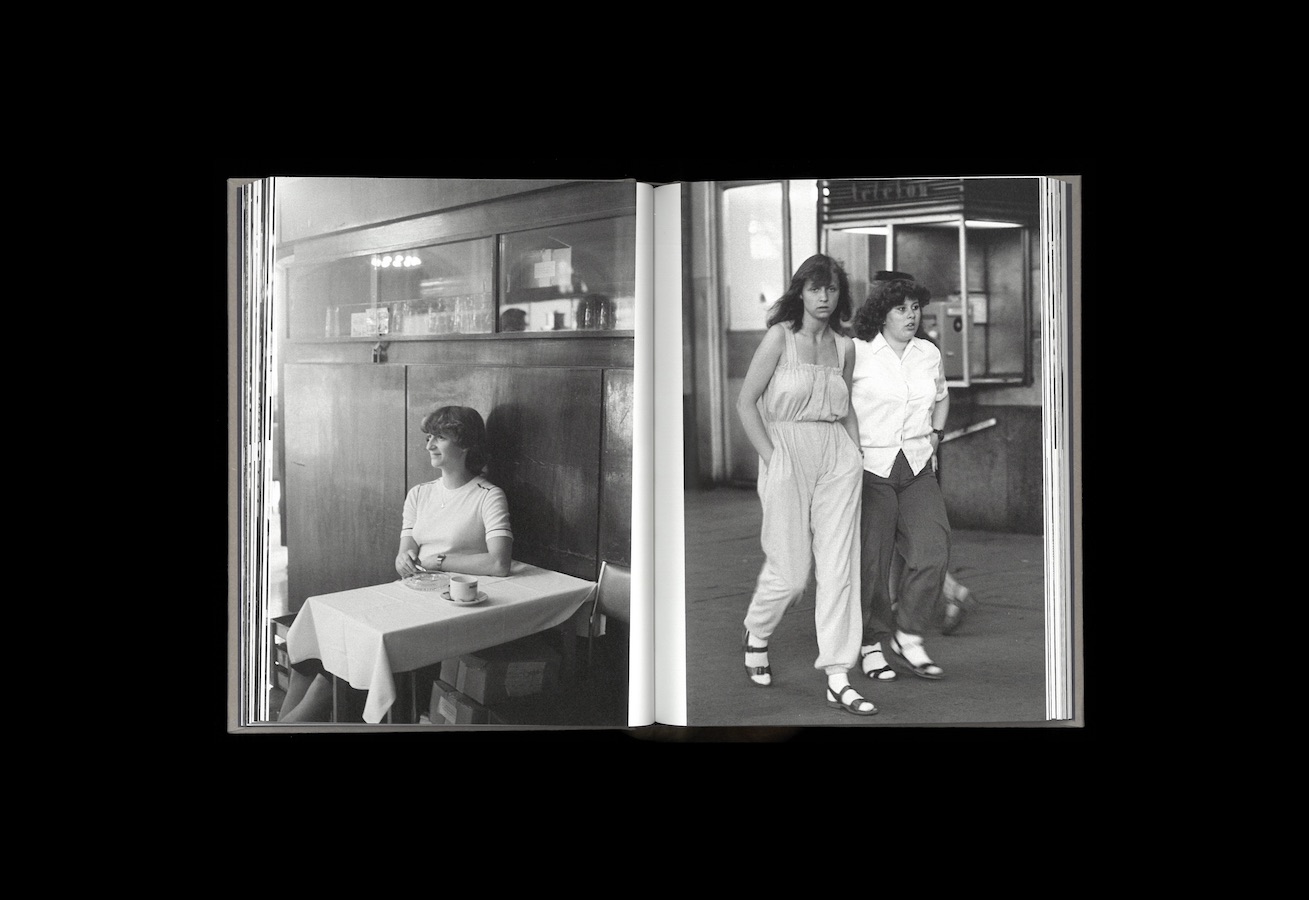 Instead of crafting melancholy, she insists on exemplifying the people within the station often smiling or getting on with the business of life. This kind of retroactive archive project nullifies the dire political circumstances that we often consider with places like a divided Germany of the 80s. It forces the eye and mind to consider other possibilities. It resonates and creates space in which we are able to see the humanity during the divide. That is not to suggest that it is sentimental, but what if it was? Would we glean new stories, new perspectives from afar? These are the questions that enlist attention opposed to the questions that confirm our historical bias. Recommended! 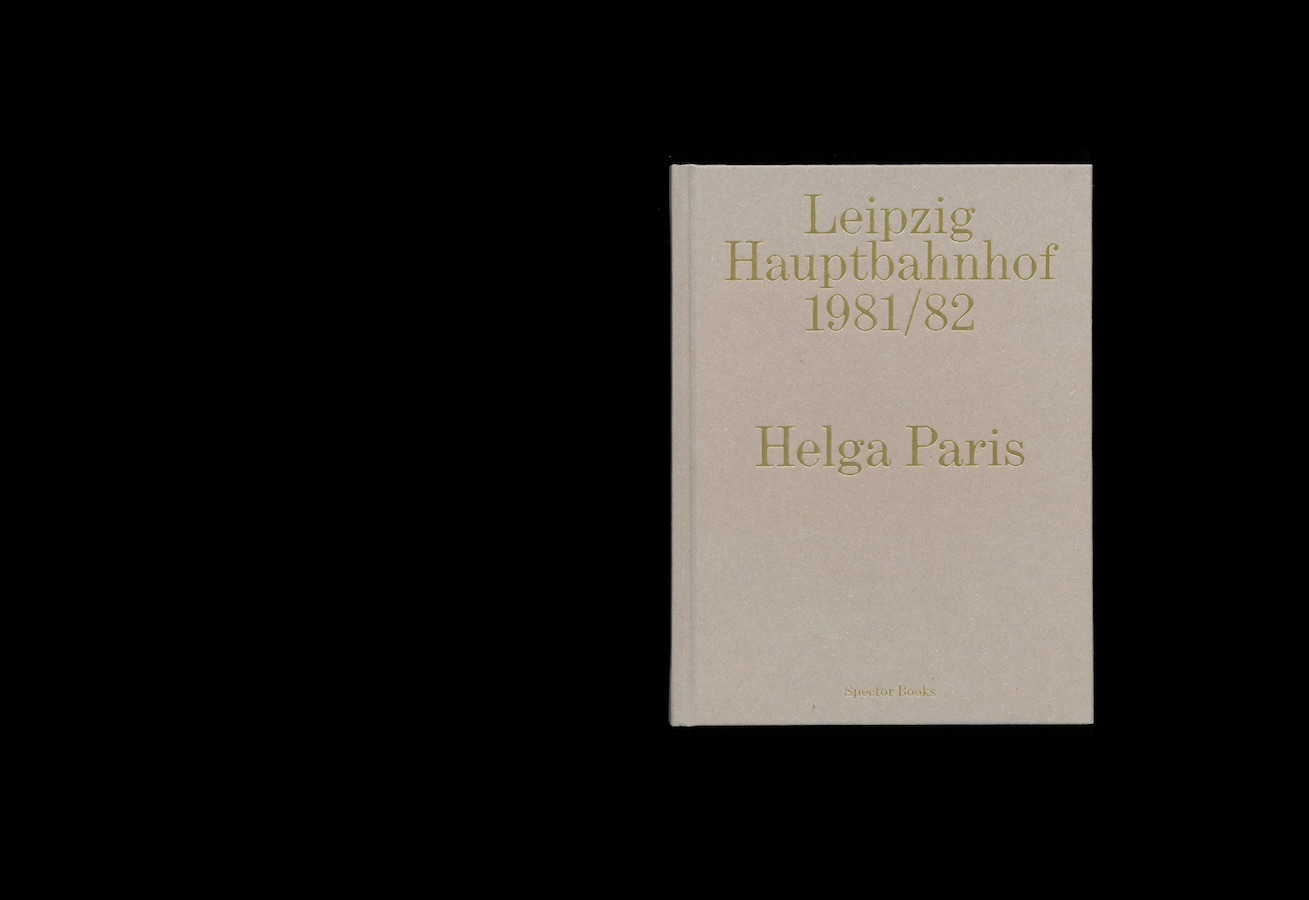