Cultural purity is a contradiction in terms. Cultures are actually fluid entities, in motion, continually evolving, as theorised by Homi K Bhabha as hybridity in his book The Location of Culture (1994). However, perpetual cross-cultural influence isn’t equitable as there is usually a dominant culture into which another culture is subsumed. Western culture presents one such dominant paradigm and European modernity is the template upon which a form of global homogeneity has been created. Capitalism has very effectively promoted this, making good use of cultural specificity as a commodity. It shapes and sustains cultural ideas and historical themes especially those that reinforce purity, nationalism or regionalism. The resulting idea delivered through constructed images and text play a large part in reinforcing certain myths. 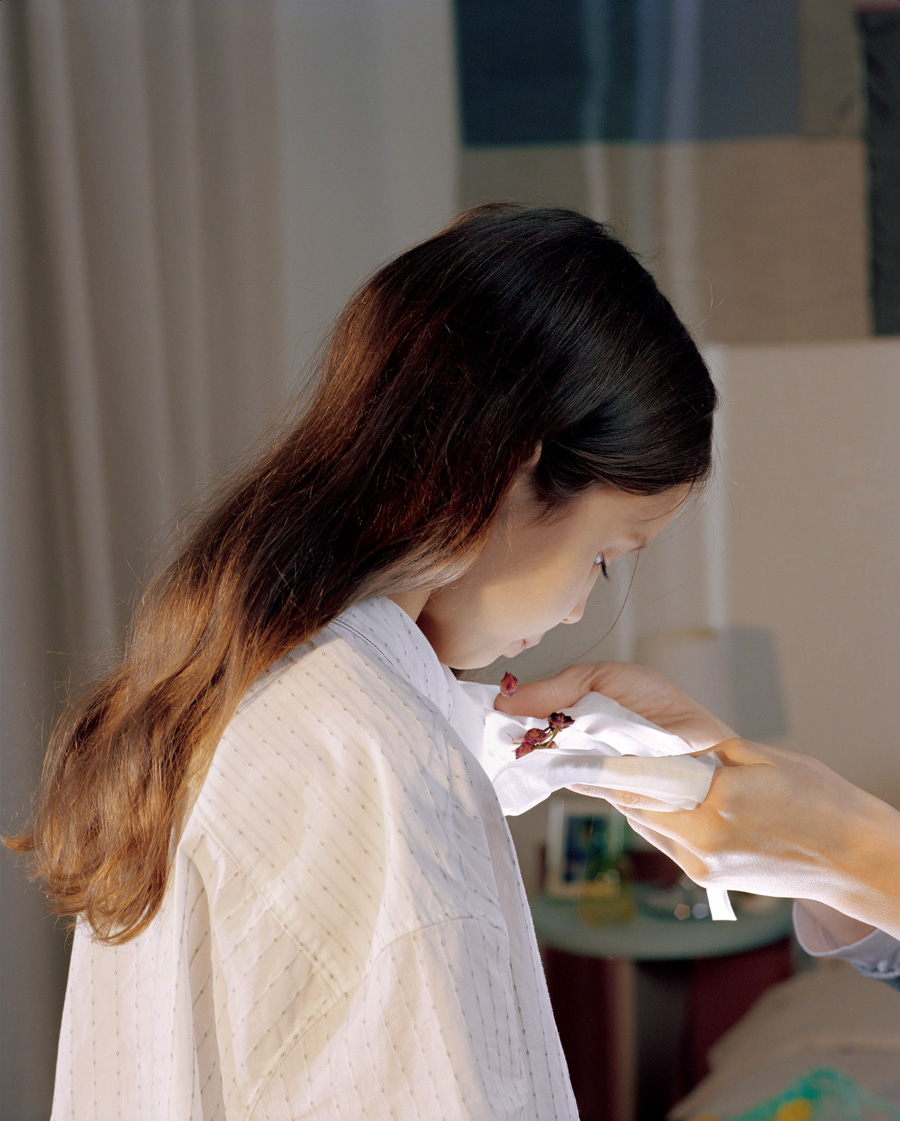 The advertisement is an excellent site for the examination of these myths made to play into accepted aesthetic and ideological value judgements. Let’s recall Roland Barthes essay in Rhetoric of the Image (1964) where he uses the Panzani advert to demonstrate its embedded linguistic messages, what it denotes, but most importantly what it connotes – Italianicity. What Barthes is outlining is the intentionality that exists within advertising logic and the way it effortlessly plays with our existing knowledge of language and culture and reproduces the concept and myth of authenticity. This authenticity works across cultures, both ways. For example, where we see the influence of the East in food, across the world now, authenticity is a key value in helping sell the value of its perceived originality. Similarly, but to a greater extent, in India and China for instance, the West provides modern values worth aspiring towards where commodities of all sorts mimic progressive, aspirational products and models. The home, the car, fashion, appearance and lifestyle choices reflect the values of the dominant paradigm and its direction of travel.

The difference between the world advertising creates and the one we inhabit is vast though, and the latter is where any form of hybridity really takes effect, not in the manufacture of ads which merely (re)deploy a set of well understood signs. There is complexity in how cultures inflect one another and how modernity is shaped globally, yet advertising images are still powerful reflections of who we want to be and what indeed, we desire.

“Their natural proclivity towards curiosity, role-playing and mischief acted through staged studio sets is met with the casual disregard of formality seen outside of the controlled frames of “work” as the child models are caught in these psychological projections or maybe just, simply, play.” 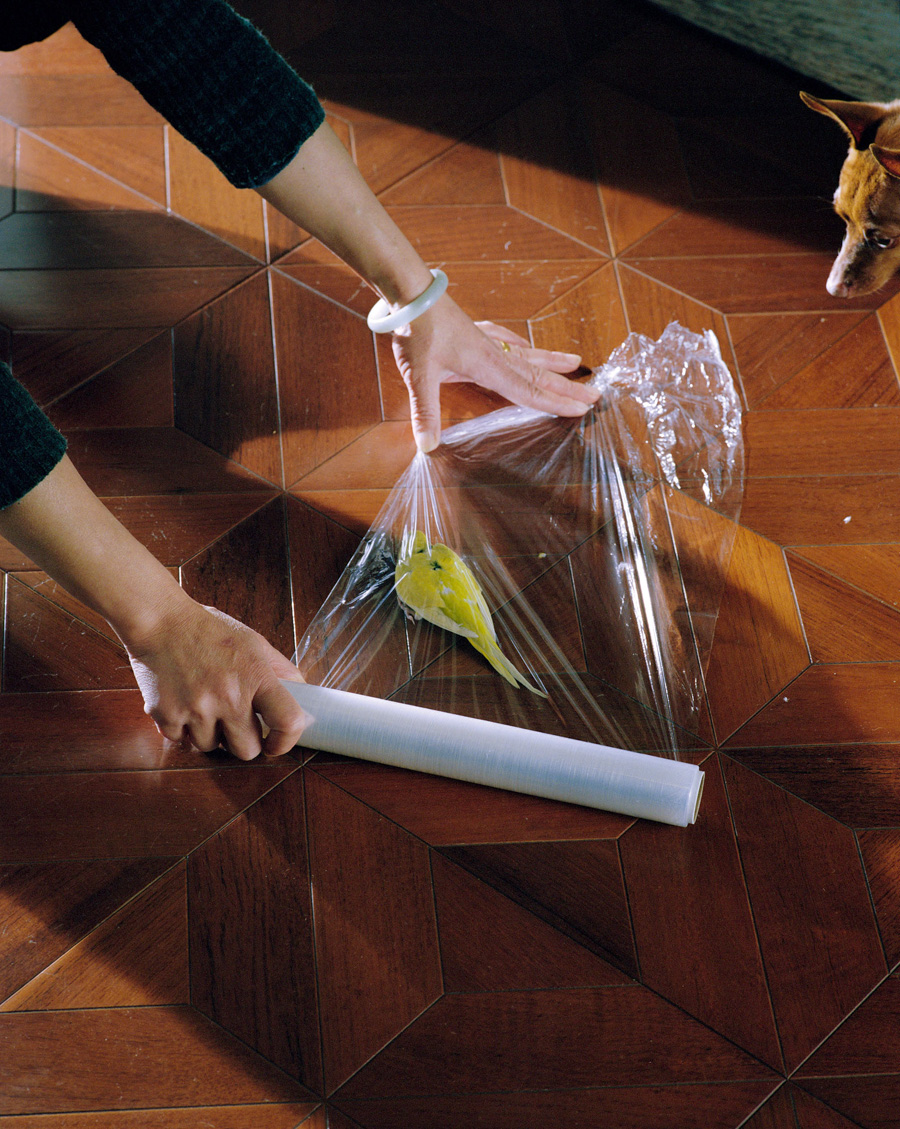 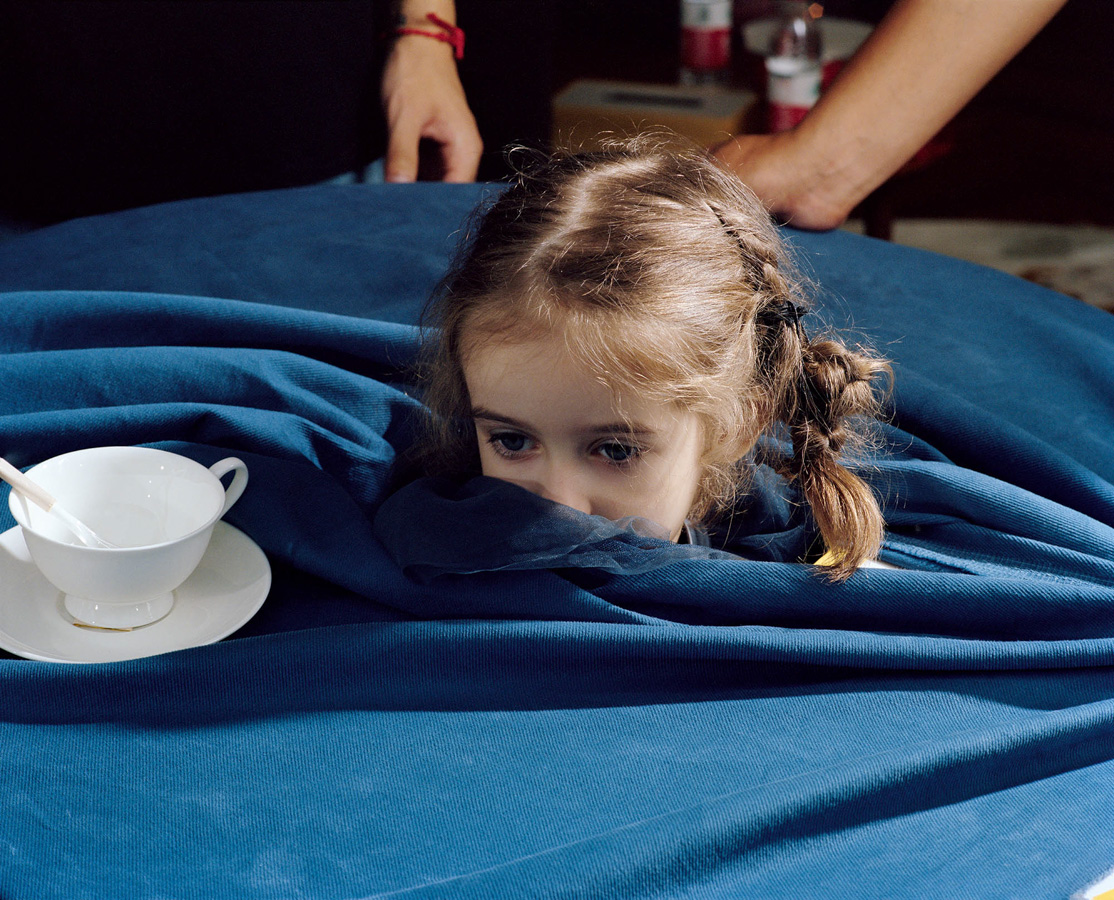 A rupture to advertising logic is to be found in Xiaopeng Yuan’s Campaign Child published by Loose Joints. Yuan, on set, working for a kids clothing brand set time aside to make a different series of images. The genre of advertising off-cuts, off-shoots and studio experimentation, (I’m not sure there is a name for it), is nothing new to art photography and quite possibly has its origins way earlier in photographic history than I can evoke here, but I’ve often been drawn to its qualities. I liken it more to the work of Christopher Williams, Roe Etheridge and Torbjorn Rodland, than with historical precedents, even earlier than which could include Andy Warhol or the Pictures Generation artists who came to subvert mass culture and advertising more directly. This contemporary approach still flirts with familiar aesthetic codes but the messages we expect are absent, replaced by something less apparent, something unexpected, ambiguous or pushed towards disjuncture. 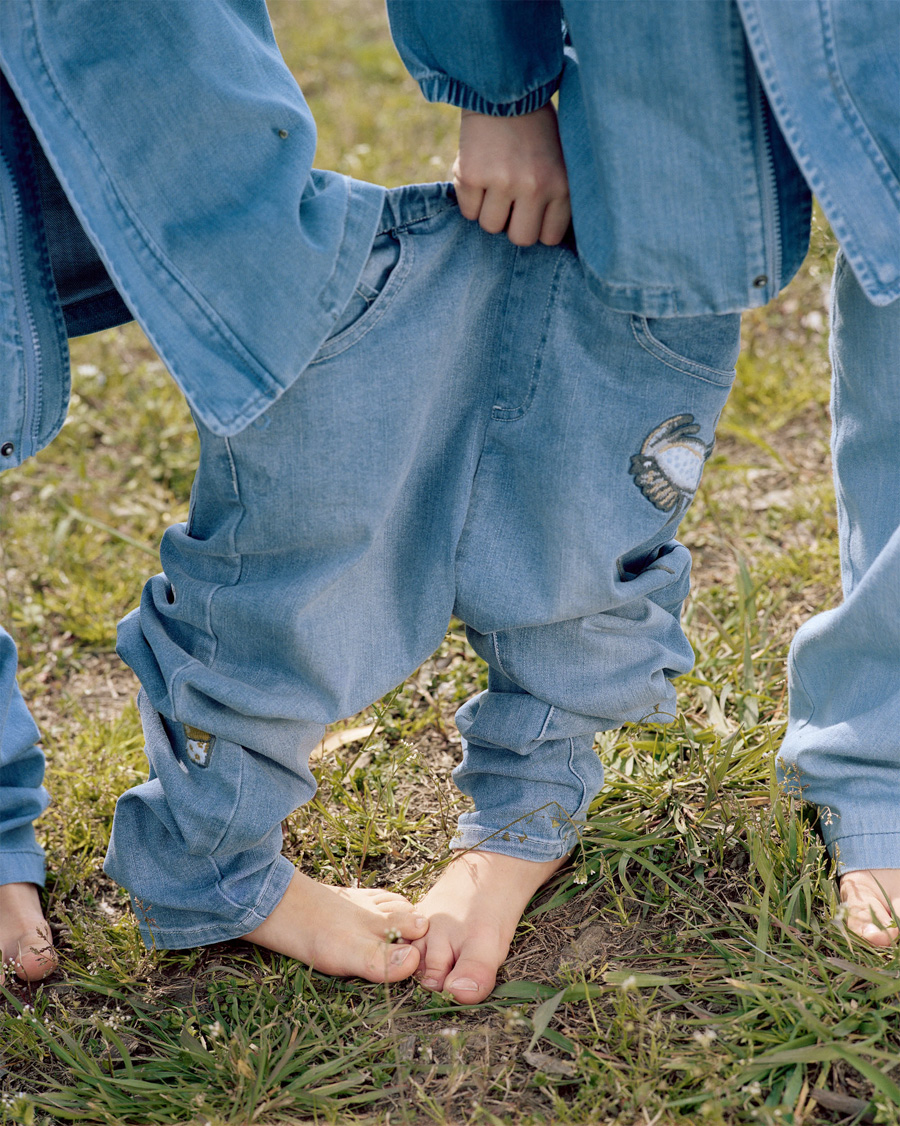 Yuan chooses moments in between takes or shoots when the children appear to be unobserved or immersed in a world of their own creation. Their natural proclivity towards curiosity, role-playing and mischief acted through staged studio sets is met with the casual disregard of formality seen outside of the controlled frames of “work” as the child models are caught in these psychological projections or maybe just, simply, play. In doing this on set and for Yuan’s camera they break the artifice of the constructed, choreographed activity and precision of the advert shoot. The resulting images are imbued with the same aesthetic gloss, sophistication and finishing that one would expect of adverts, but these images depict liminal moments, charged situations where the potential of something greater threatens to reveal itself. The safe confines of visual familiarity is overturned into a psychic space which at times edges towards anxiety. 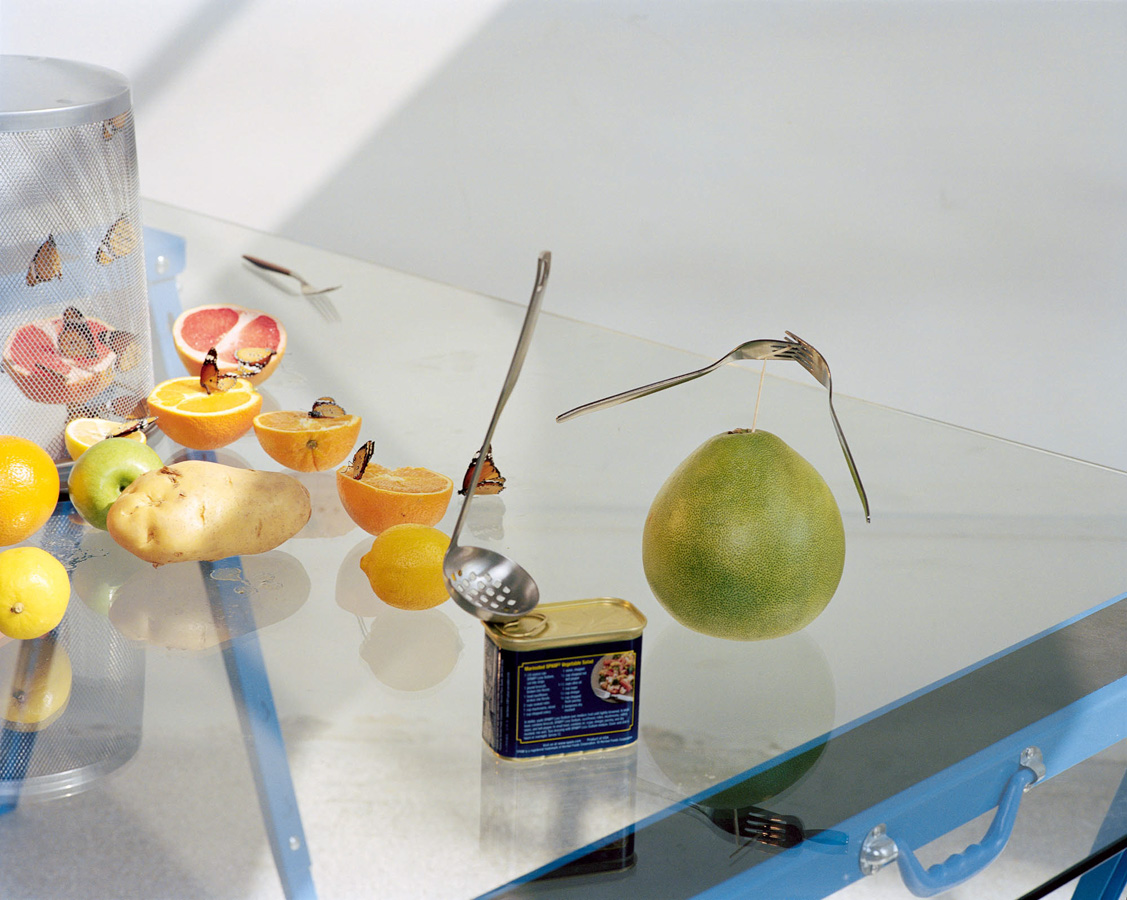 This set of images playfully break advertising’s conceptual ethos and artifice and instead represent real-world, unorthodox behaviours. Gently transgressing its underlying capital intent, Yuan’s book stages a liminal world. The work symbolises, for me, a refusal to conform to the dominant paradigm, instead representing a rupture to the order of things. Control makes way for freedom, the expected is replaced by uncertainty. If hybridity is part of the natural (dis)order of things, the way in which humans relate to one another’s cultures, Yuan’s photographs signal a transgressive attitude outside of globally accepted modes of desire and value. They suggest aspects of an irl (in real life) human nature not the culturally dilute, easily commodified and controlled robots these shoots most likely intended.