“Animals by evolutionary prowess and survival mode are given differing powers of sight. Humans with the benefit of great vision are still limited to a fairly diffuse understanding of the wider spectrum. Such is the case of our art as well”

On the face of it, color or chromatic evaluation of form is spectrum and sight oriented. We value the primary cavalcade of color as something that “is” as opposed to its actual referent to the spectrum of light that we are allowed to see as humans with an anatomy to observe in fairly limited optics. Animals by evolutionary prowess and survival mode are given differing powers of sight. Humans with the benefit of great vision are still limited to a fairly diffuse understanding of the wider spectrum of color. Such is the case of our art as well. We see things in very uneven considerations of color and that in and of itself premeditates that our art is also strangely limited by our ability to observe its palette. You must ask yourself how a dragonfly might see your paintings and photographs. 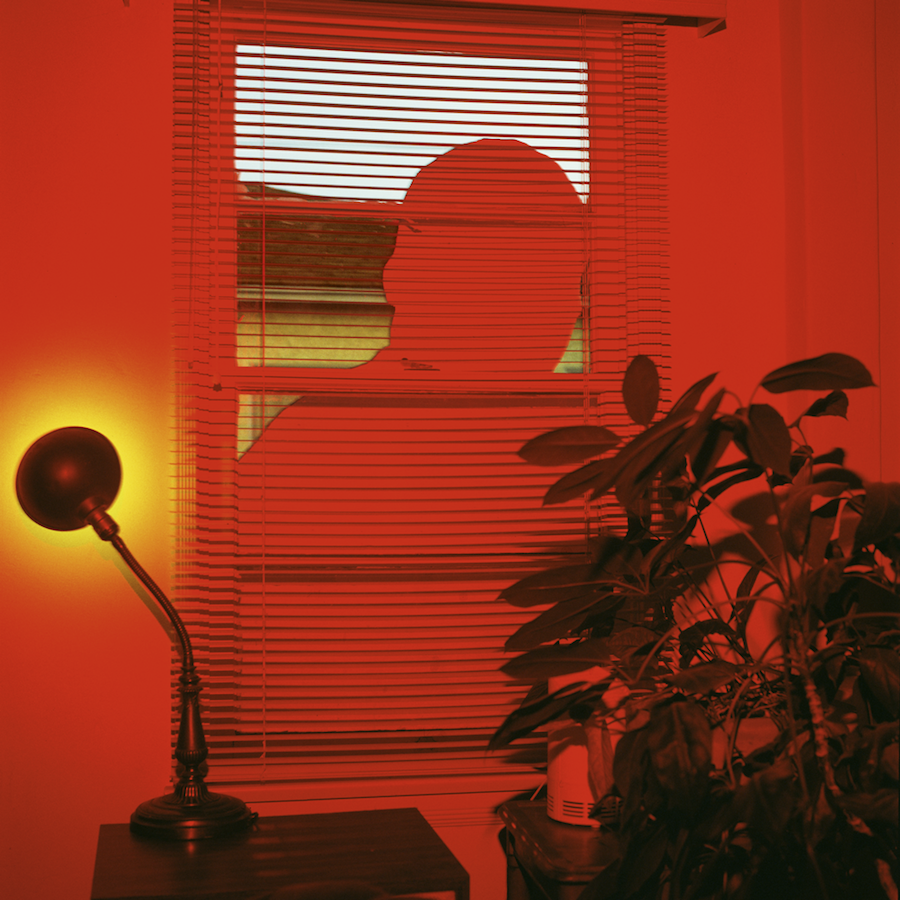 In considering the chromatic spectrum as it relates to photography, we have developed tools for which to understand the technical gesture that the color spectrum represents to us. We use a color scale when we make photographic reproductions of art, its rainbow ladder metes out a indicative guide against the dull grey variant of monochrome copy stand as a way in which to reproduce our concerns with chromatics more effectively. This tool and various forms of light metering allows us to create a simple methodology for relating color to the viewership of others and yet, we have decidedly opted against making primary colors and their correlating measurements as something more metaphorical. We opt for optical and cerebral ease whenever possible though we deny the option towards philosophical notation of Van Gough’s sickly head bandage, his unhealthy consideration of yellow or the deep ruminations of Rothko’s color fields as something to be studied as scientifically agreed upon in their spectrum value. Our understanding of color is limited to what we agree on in relative measure towards material vision. 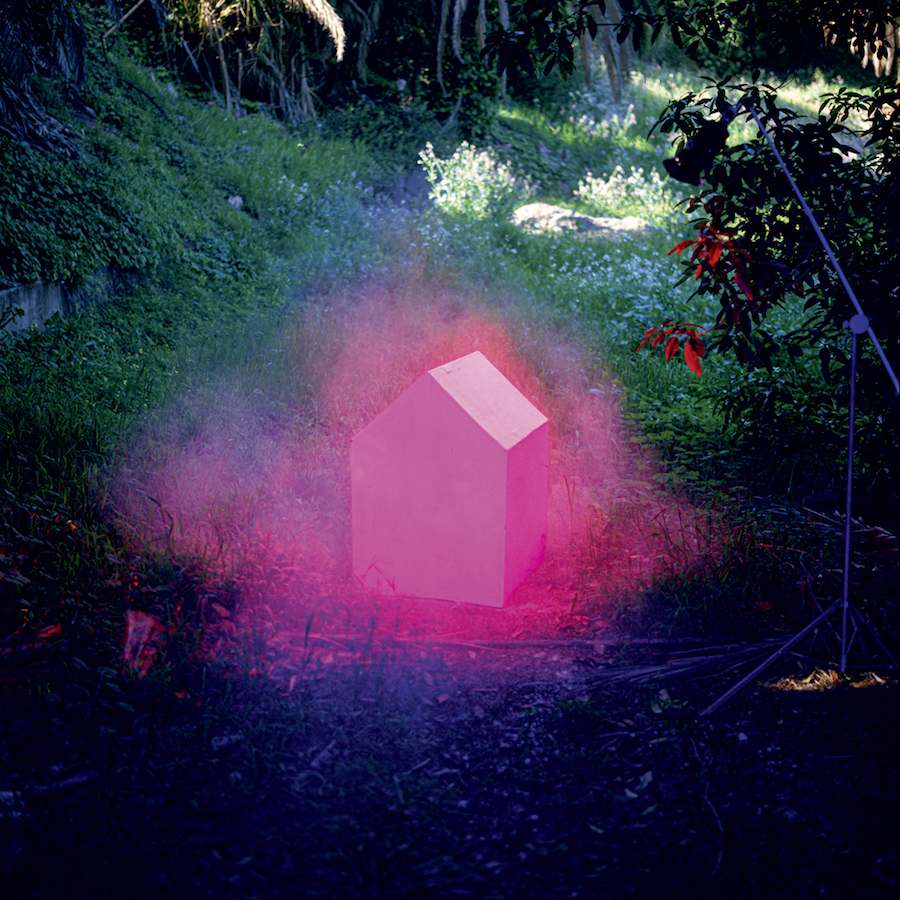 In the case of John Divola’s Chroma for Skinnerboox, the artist is asking us to consider our treatment of color through a number of differing propositions in which he employs color gels as a method for producing a wider rumination of thought about what color is as it is applied to the photographic medium-a medium whose very features are concerned with reproducibility, but not the wider considerations of how color works between the eye and its cerebral functioning. The first and foremost discipline of color as it relates to being recorded is relative means or force of copy of what is before the lens. And of course, like all literal concerns, this can be co-opted by an artist to produce a different association or can be used to further our questions about reality or at least the perceptions thereof.

Chroma is an aggregate summation of some of Divola’s conceptual bodies of color work from the 80s. When I mention conceptual with photography, it is always tongue in cheek. After all, what conceptual means as opposed to how it is employed by artist can be severely limiting, but lets us assess conceptual practice as a vein of photography that panders towards a more obtuse understanding of how we read the photographic image. Instead of the concerns raised over representation and reality, let us consider that one principal or emblematic reserve of conceptual photography is to bend the a relative associations of a photographic image to produce a dialogue that measures one part art speak and two parts philosophical considerations of form i.e. the document that most people often consider photography to represent is employed as a vehicle in which to history that very principal while also speaking more widely about the medium and its failures AND its progressive gestures towards our own limitations and perceptions of the world in which we live and make of it. 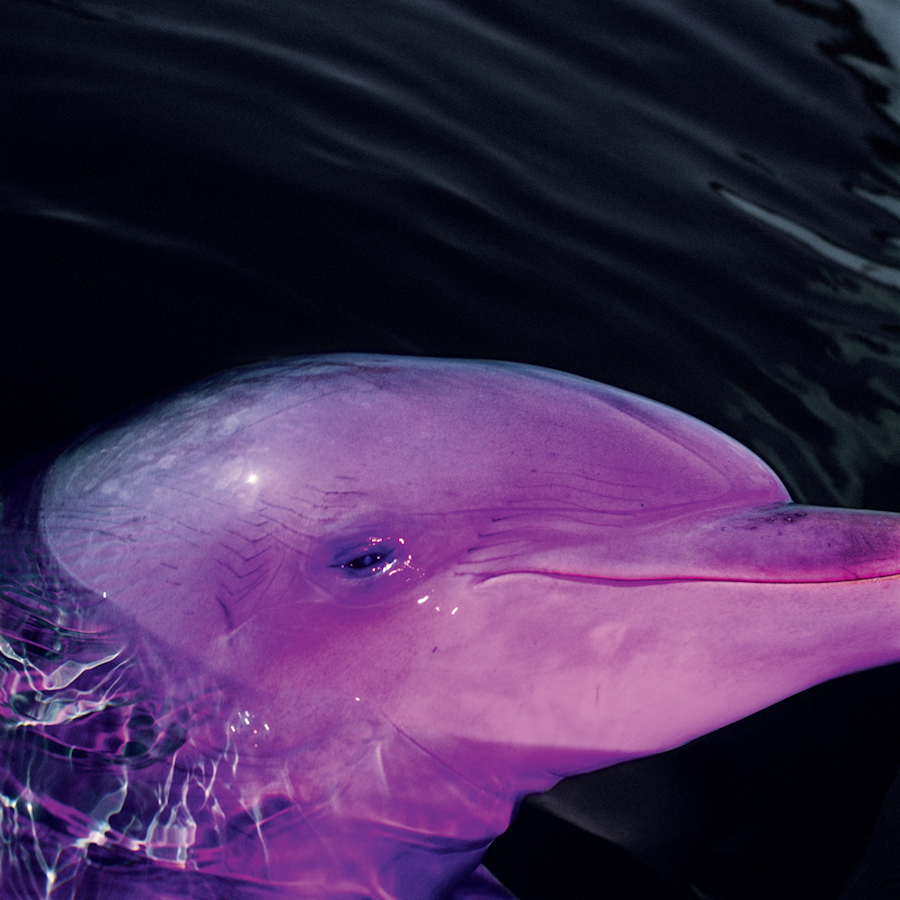 Chroma ends with a case study by Divola in which he sets out the perimeters for which his brand of conceptual framework is to be played out or considered-you must read these images and the interview with David Campany first if you want to unlock the potential from the beginning of the book. Divola has employed a key for which his color gel work may be seen by illuminating an example which involves a block of ice and some modern consumer electronics. In frame left of a diptych (a consideration with its own associations to vision) we see a magenta photograph of a melting block of ice with a space heater behind it. On the right panel of the diptych, there is the same block of ice, but in blue and with a Westinghouse fan behind it. The image on the right implies “coldness” with the ice, the fan and blue color working together to literally “fr(i)eeze” the frame. On the left, in order to understand the Magenta, we must understand the association of the color between its combination of red and blue. Red as evinced by the heater display “hotness” and is coupled with the blue of the ice to form the magenta color we see. It is subtle, but is probably the best way to understand a simple exercise in which color deviates from the eye to the mental workout that it may also embody. 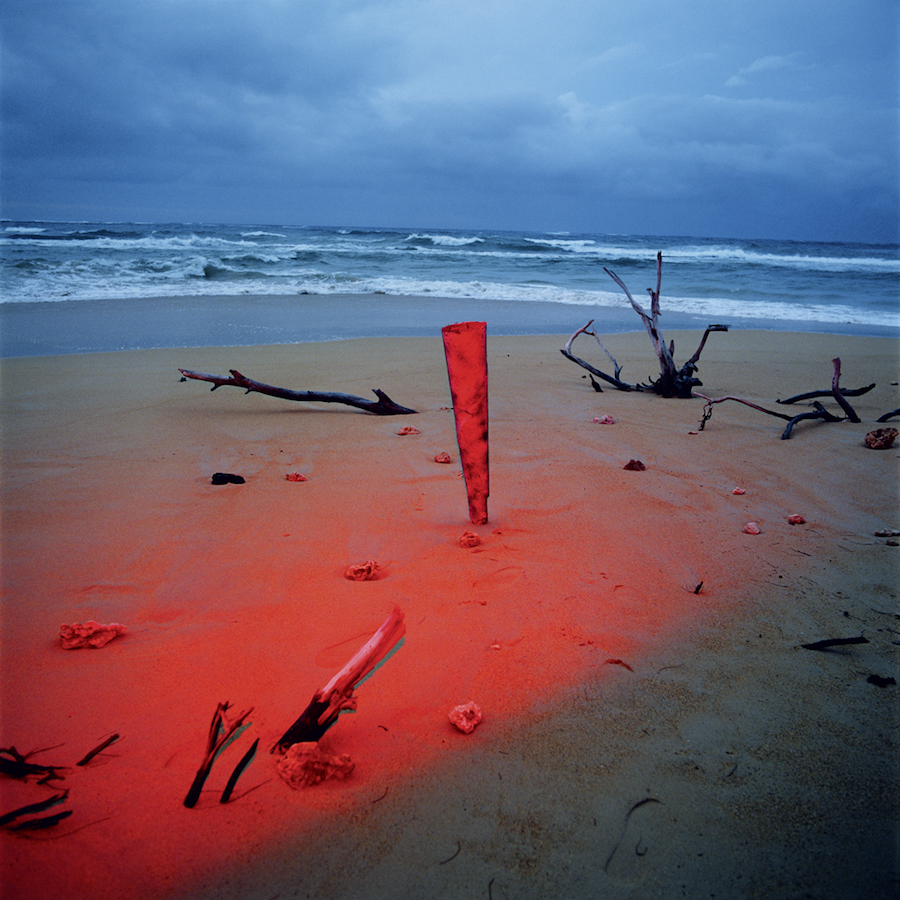 Throughout the book, Divola challenges the viewer on how to read color by coupling the primary source of its luminosity with out perceptions. In effect, he adds layers to the potential way in which we disseminate our understanding of how color functions and then rallies against it by using primary formal shapes such as circles, squares and rectangles repeatedly calling into reference how we see not only color, but also composition and form and in doing so reduces our ability to very basic structures-the testament of which is to ask to think more progressively about these primary combinations by deploying their simplicity through a conceptual framework. The circle in particular plays havoc, as it is a clear antecedent or question about the formation of renaissance perspective in the west, but also qualifies the physical form of the human organ to its device. The eye is round and so forth. These castigating uses of form block out parts of the frame and also opine for larger considerations about the mediums reflexive nature of belief or relative dispensation towards document. Remember, this is 80s work and was fabricated at a time in which disbelief was already part of the wider remit, but the mediums challenge to the general world and its status as document was just starting its ascent to the way in which we view photographic truth or lack of today. Pre-digital, Pre-Internet, prevarications are willfully considered in the work. 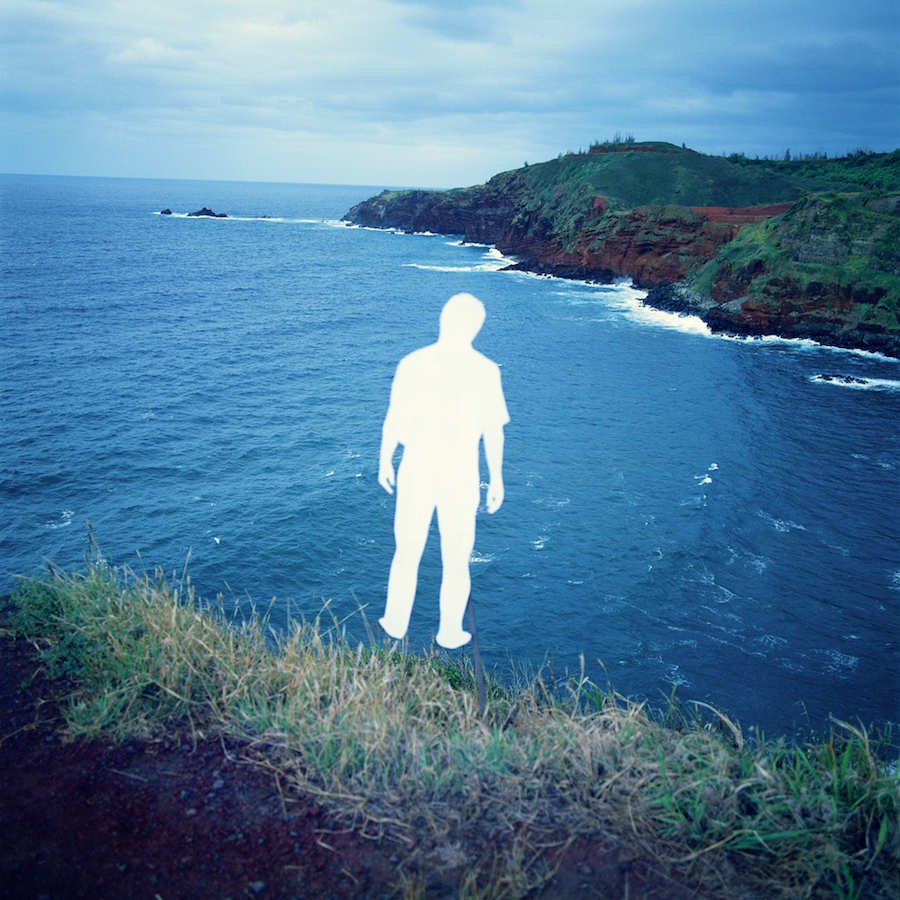 “The circle in particular plays havoc, as it is a clear antecedent or question about the formation of renaissance perspective in the west, but also qualifies the physical form of the human organ to its device”

What makes Chroma ultimately successful is Divola’s incredible back catalogue of work and his incessant considerations about how the medium and color function in the wider world of images and their reception. There are portraits, there are effigies and there are mysterious formal misalignments and slippages for which to consider. Besides the quality of work on offer, I would also suggest that putting a book like Chroma together must have had significant hurdles to cross such as combining bodies of work and delineating a larger response to the questions posed by Divola in Diptychs and variants in which the common thread of pursuit is color and the book manages this while also not feeling like a catalogue raisonne of Divola’s color works. It feels solid and like it could have been made today. The at times garish color of Divola’s works, their opposing use of formula, pitting one color against its anti-thesis can be seen today everywhere from Vapewave album covers to an enormous amount of fashion work. In effect, Divola’s use of color was groundbreaking and ha informed the medium greatly. Recommended. 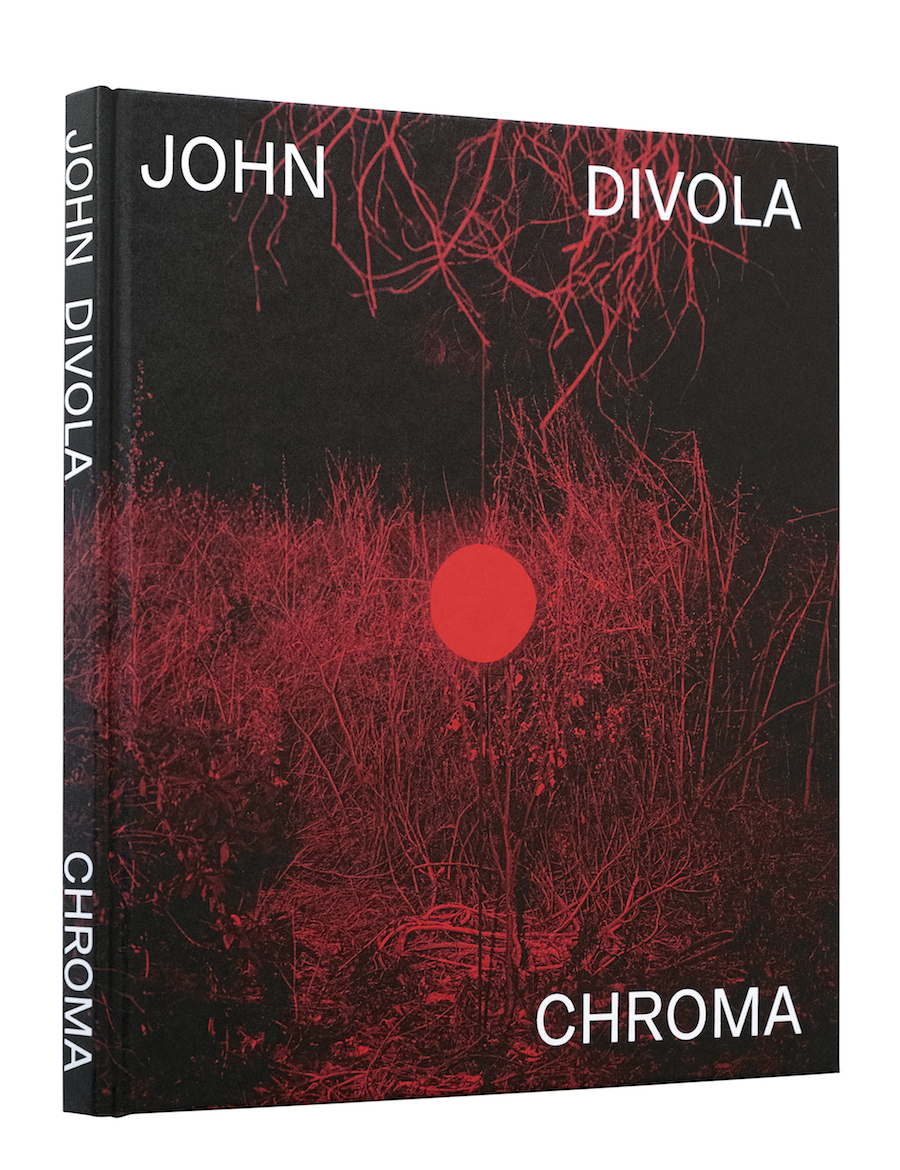