“To pass the time, many people have taken to Internet sharing services to commune with friends in chat rooms, exhibit work through virtual galleries and to sift through and curate (cause why not) their Internet presence as time allows”

There are a host of reasons why Bill Sullivan’s “Self Portrait with Mirrors” (Sun Editions) resonates at a time like in March 2020. Launched late in 2019, Sullivan could not have foreseen the pandemic conditions in which the world sits idling under. Many of us are sequestered in our homes hoping to flatten the curve of the viral Covid-19 outbreak as suggested by local and national agencies. Sullivan himself being a New Yorker is probably the well aware of this. 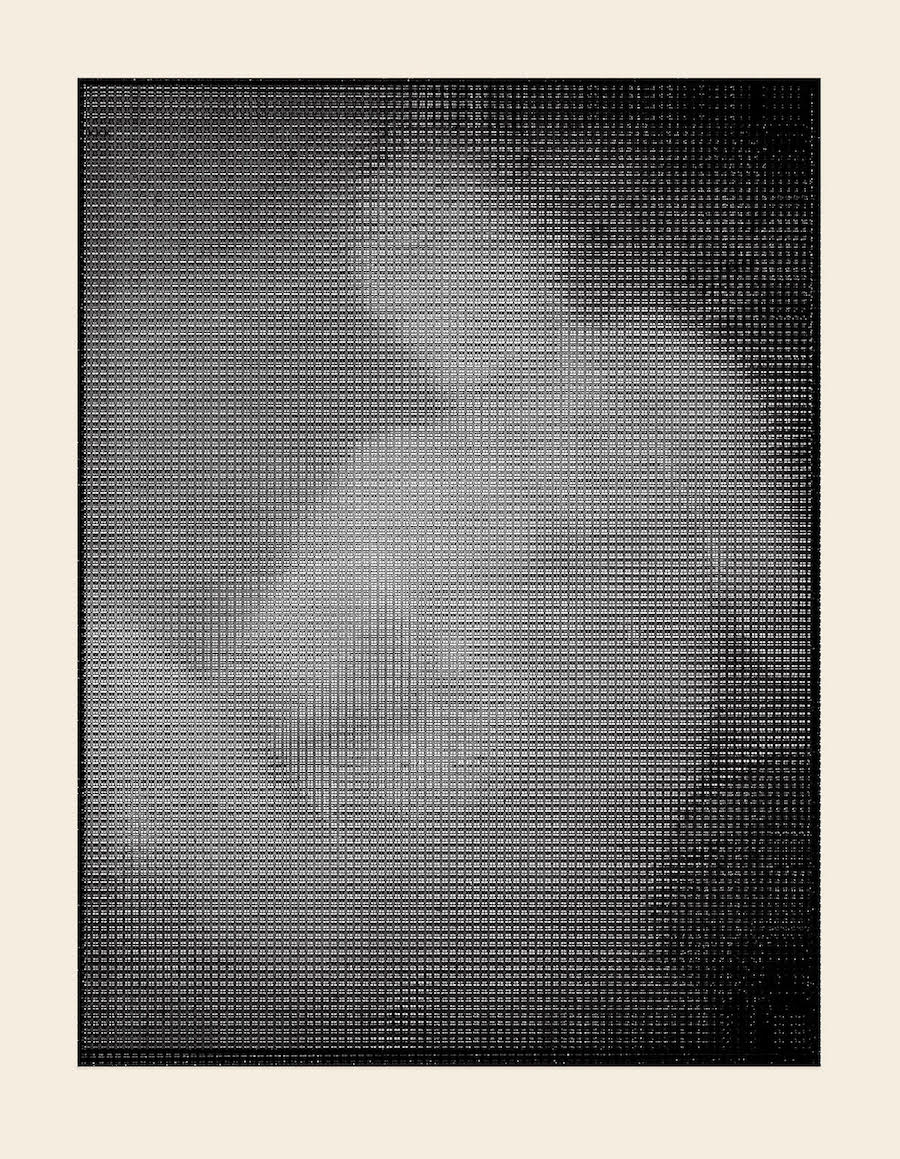 To pass the time, many people have taken to Internet sharing services to commune with friends in chat rooms, exhibit work through virtual galleries and to sift through and curate (cause why not) their Internet presence as time allows. The digital infrastructure for the cult of self is unlimited in its possibility so long as its legacy is managed in a certain head nodding abiding of details. The commodified digital self is a presentation of persona and that persona must be preened and articulated in order to function in the parallel digital world. In effect and due to the circumstances in which we find ourselves presently, that commodified persona of our individualized self now travels much further than we physically do and is in effect the only “part of us” that has access to the outside world.

As people are barred from going outside into the “real” world, the digital ebb of this period will present the greatest market within the Internet’s history. I suspect servers are sluggish and the amount of data that poses as persona/identity from person to person through typed information, photographs and video content will be collated and economized through companies such as Google and Facebook.

Shoshana Zuboff has pointed this framework out in her book The Age of Surveillance Capitalism. During this time, the self or the virtual identity/persona of it circulates widely informing everything from toilet paper companies to betting forums in an attempt to capitalize on our person-or the person we present the data to harvesting companies as. Within this framework, the question of self/identity/ and author of information and images of our persona becomes a spectacle of capitalism and tribal manufacture-identity and its associations are at the forefront of personal value in the digital world. 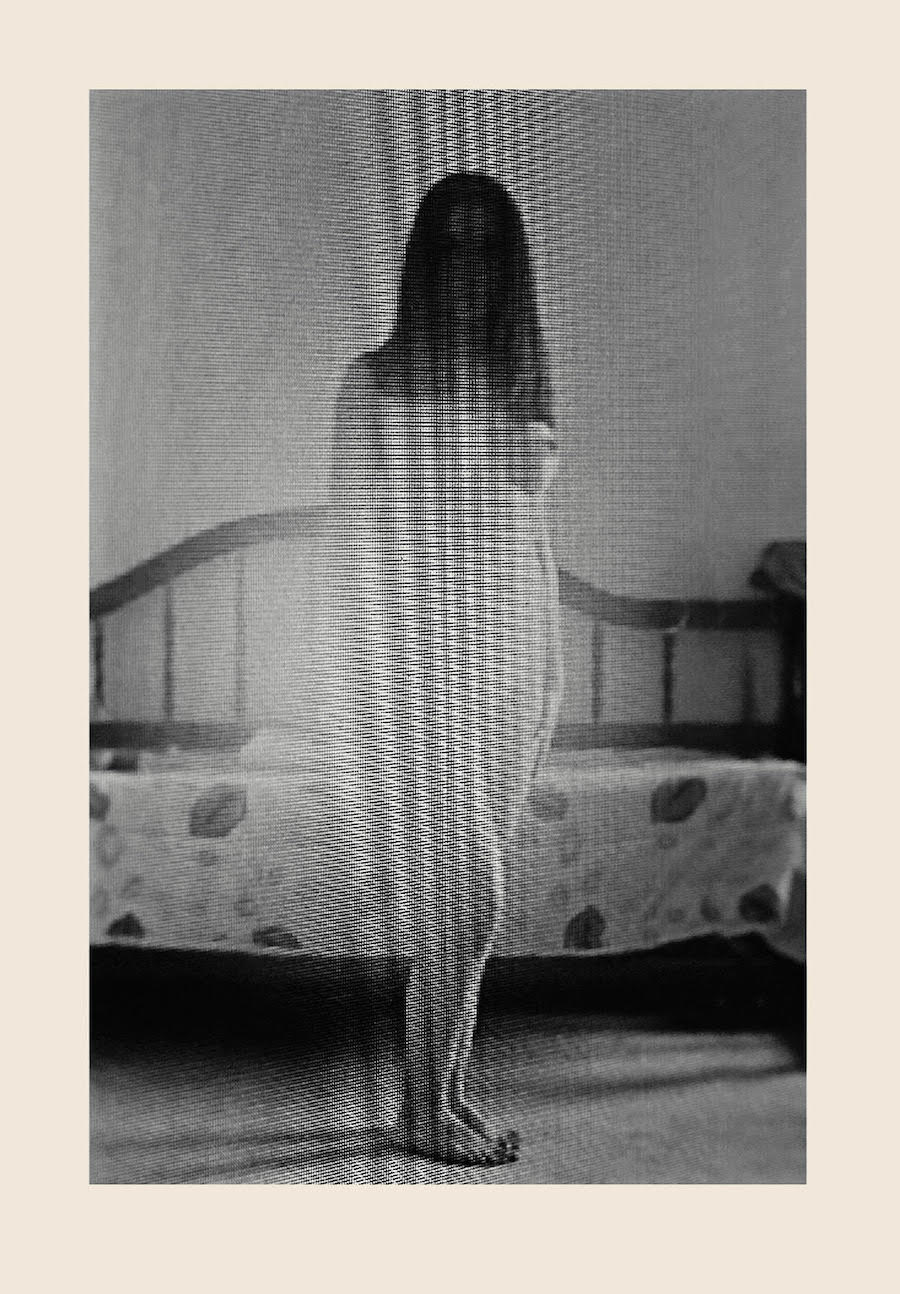 First, what we have to unpack about Sullivan’s book is how to view the title itself. It suggests one of two things-

2) That Sullivan is looking for a combustible search engine term such as “Self Portrait With Mirrors” and is showing us a catalogue of the results of self-portraits of others.

The former position places Sullivan or rather his persona at the forefront of the work-it becomes an examination of his interest in the self-portrait and proves his position of authorship absolute though he is using digital effigies to illustrate this. The second position alleviates Sullivan’s role as the sole author and opens up a wider dialogue about how we perceive authorship based on search terms, rights of use, and the desire to commodify the self-through portraits, notably portraits made in states of undress-solicitations as it were.

In both respects, Sullivan is considering the phenomenon of how we distribute self/persona through work and image. This phenomenon is known in obvious terms as “selfie culture”. This phenomenon within Sullivan’s work establishes further questions about how we place value on images of others that we harvest and redistribute and what the value is of the original image and what the persona of the original/digital author should or should not be. Everything is free on the Internet until a company like Google owns the dataset. 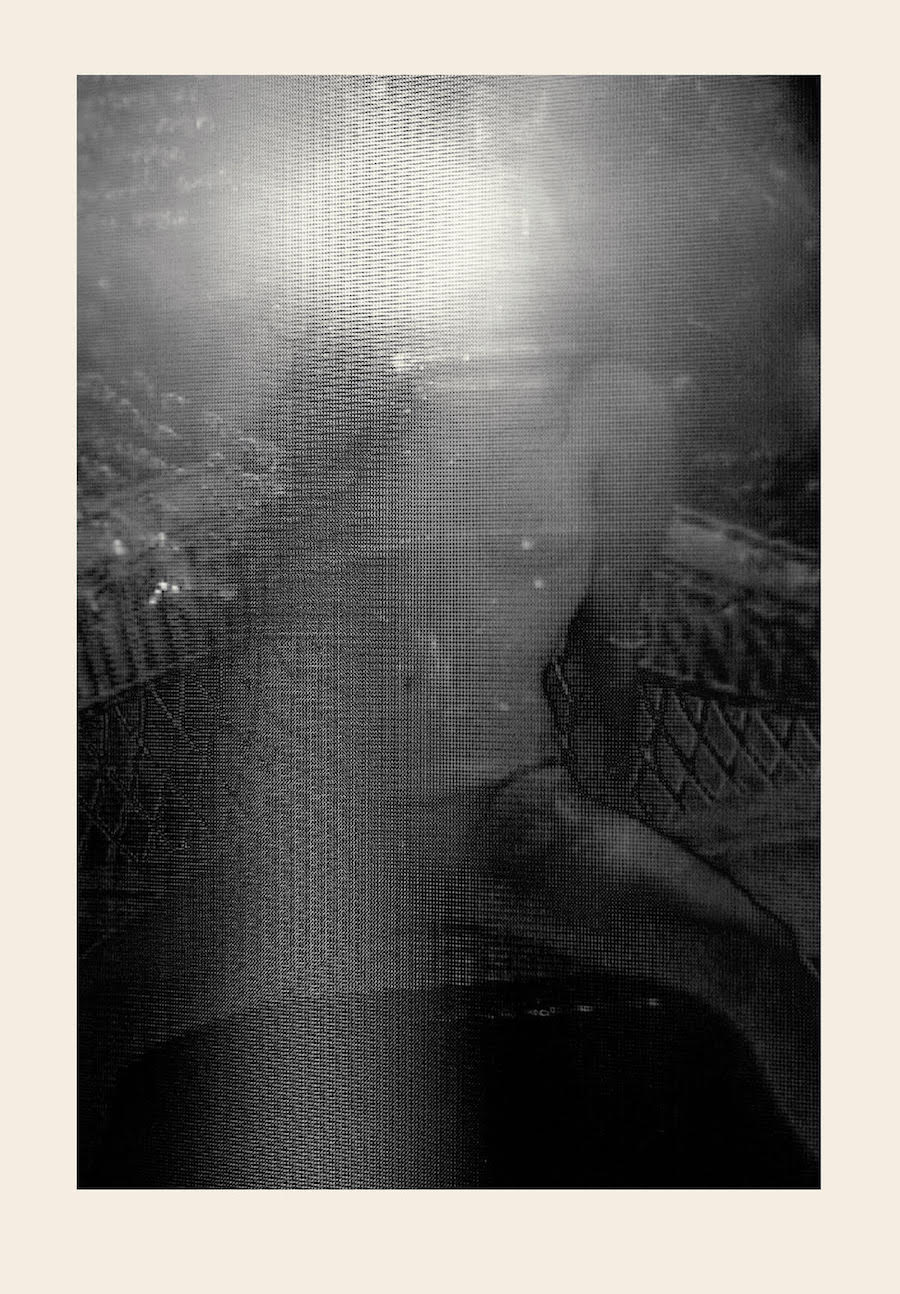 The book itself is comprised of two main components. The first are the meta-tags for the images inside, which include the make and model of phone, the date the image was taken, and the possibly the recall number in Sullivan’s catalogue of images suggesting a pseudo-scientific typological distribution of an image with the corresponding image of its meta-analysis. The blue pages that exhibit the data are to be viewed as equal value to the portrait itself. This confirms the work as a time capsule in some sense-a colluding slice of Internet examination in the first half of the 21st Century, which clearly exposes identity, desire, technology catalogued as a phenomenon. 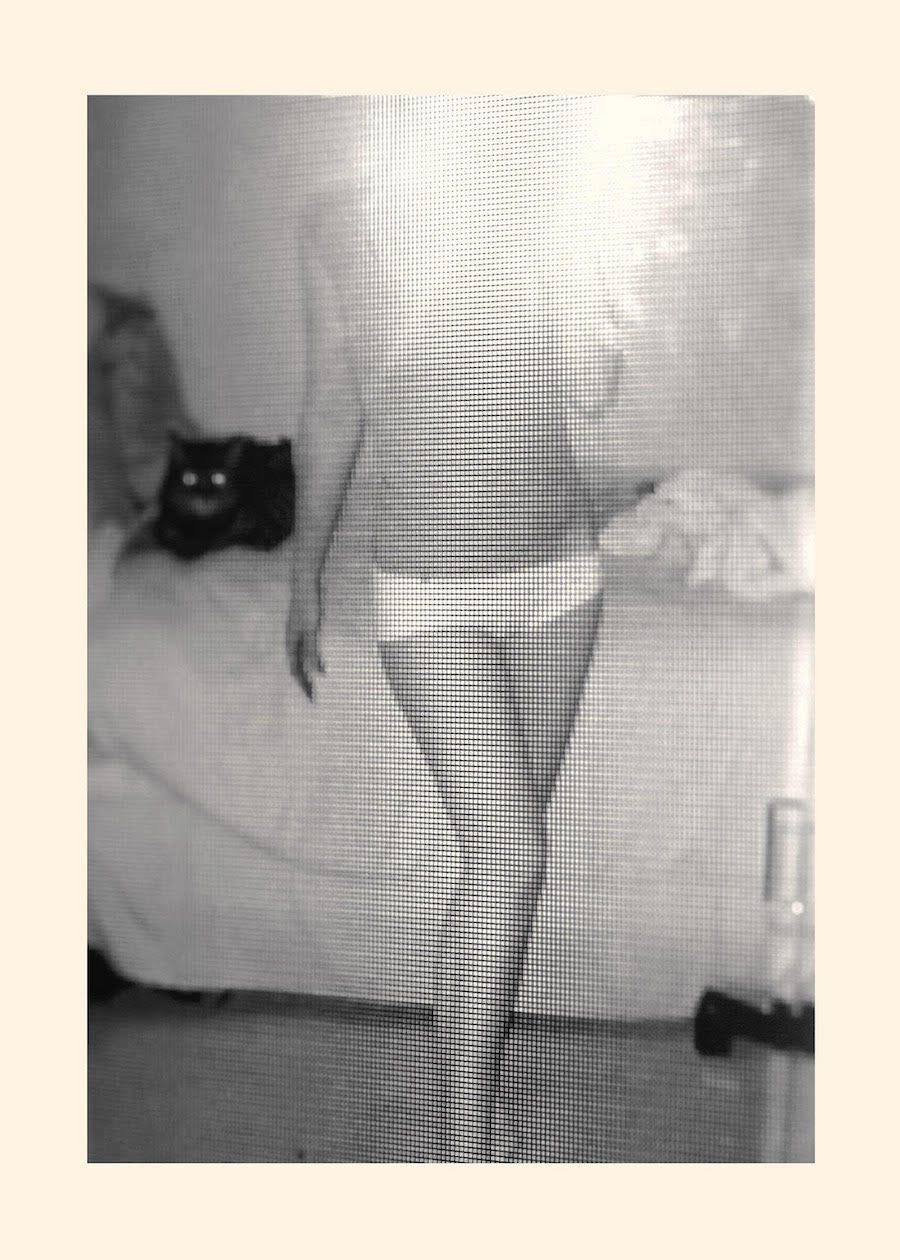 Herein lies the element of discovery when opting to find a solution to the title. The subjects within, a few of who seem to repeat are rendered on the fronts of parallel contrivances between self-image and value and are no longer considered by their real world identity, but rather their skewed Internet-based image and the transfer of their identity to their “free” persona which is further divided by coding in the transfer of the identity’s personal wealth of image to the data stream in which its value can be harvested by Google or Bill Sullivan.

It would be remiss of my not to discuss the psychological operative for which the portraits were ostensibly considered in the first place. The images of women in varying states of undress in which they exhibit their bodies and their reflected image back to the phones they are holding to be distributed through text, upload, etc. is considered a common act of solicitation. It is not engendered, though Sullivan has chosen his own point of authorship within the phenomenon as male and hetero in providing this catalogue. It would be hard in 2021 to suggest that this is a female-specific act of display as much as it would be as hard to suggest that only men form the exchange. That debate lies elsewhere. This particular phenomenon as the dick pic suggests is not beholden to any one gender, thus the discussion surrounding the tortuous and often ludicrously sonorous calls of exploitation are left to work in which that fundamental observation is not already implicit in the infrastructure of the conversation. The challenge here is to decide whether an image can be revised of its value from its culling. 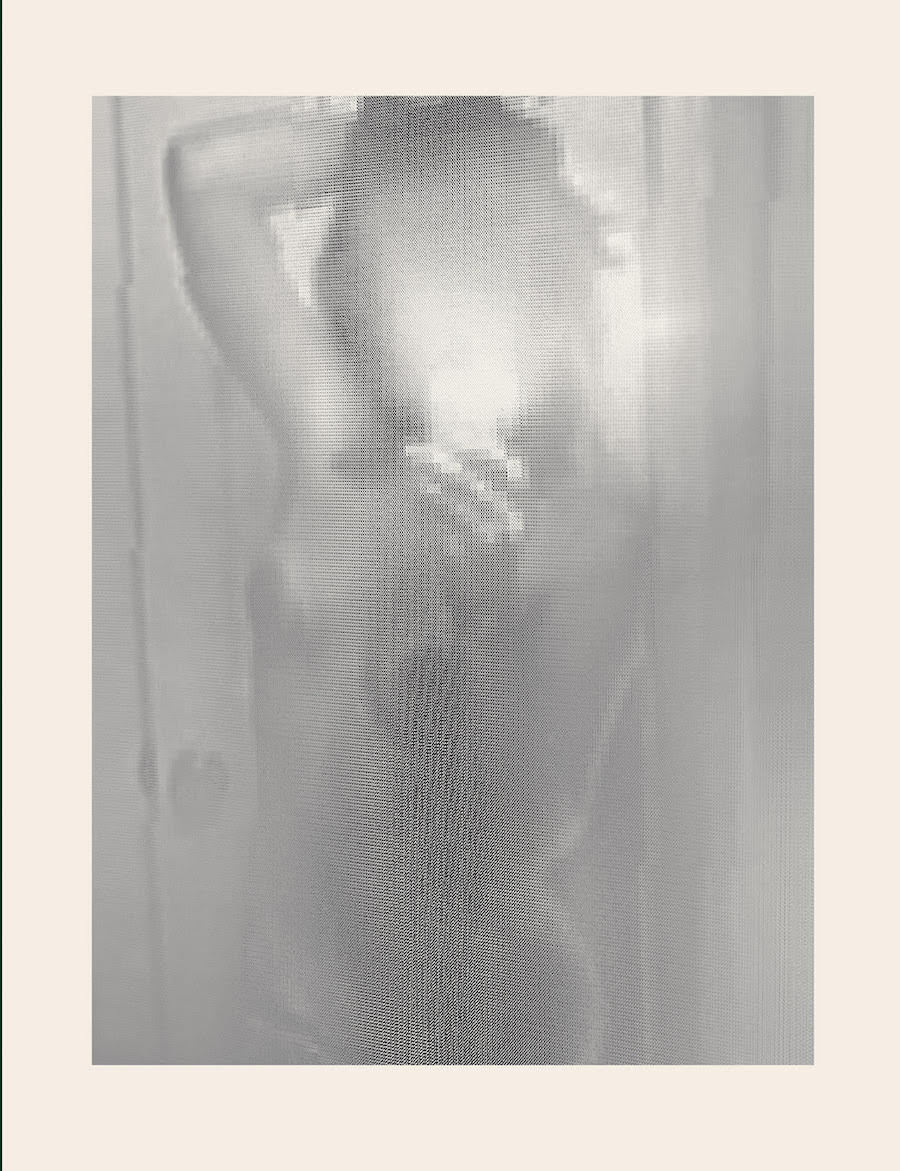 This is about how Sullivan makes the exchange between a subject’s persona and his intent to harvest and use their image as a dataset for creating his art. He is challenging how we perceive surface, light and value between the flash of the camera, the computer screens wavering surface from his own photographs of its screen and the general climate in which he wishes to express a position or to engage in a pertinent conversation about human and technological value and solicitation in the 21st Century. 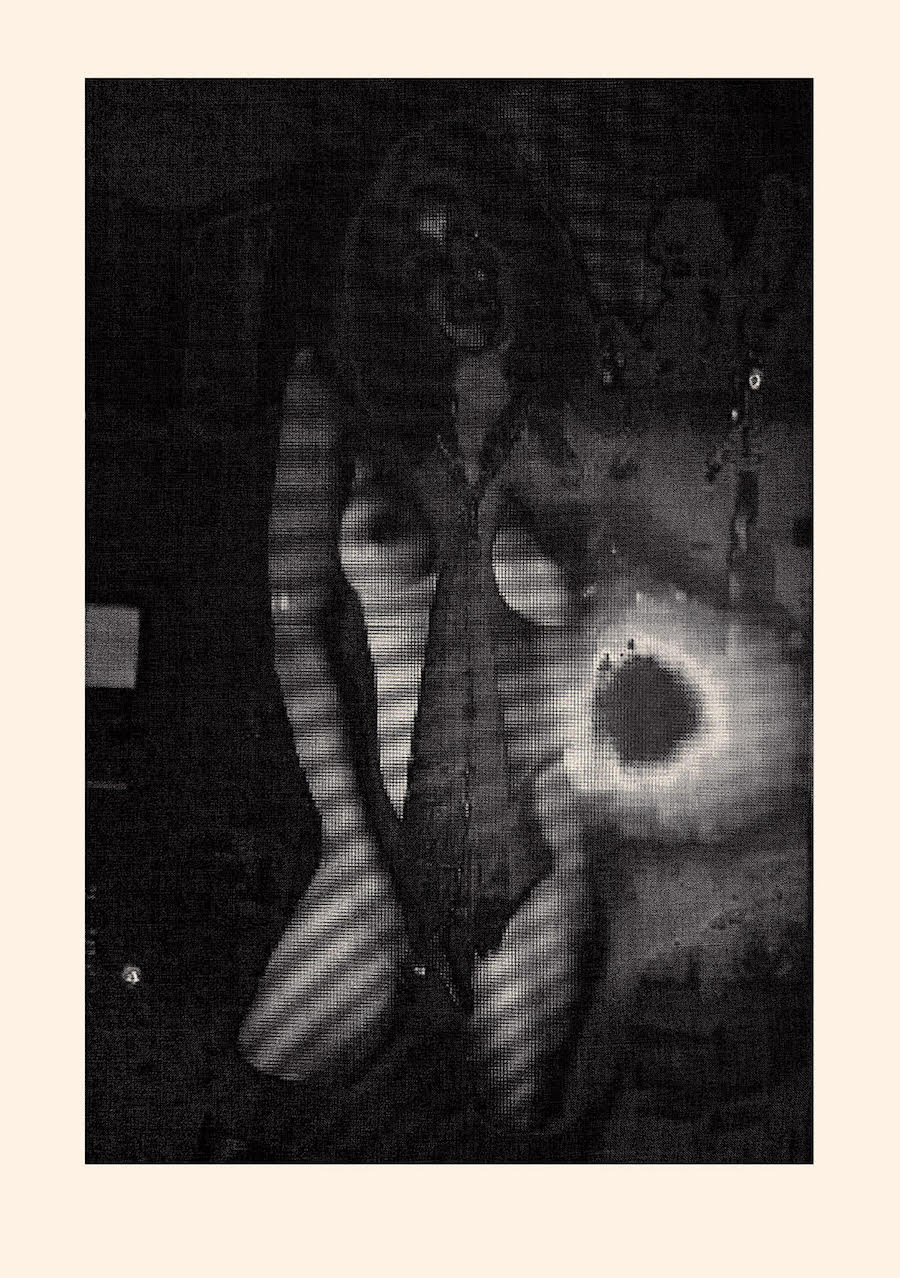 What makes Self Portraits With Mirrors doubly fascinating apart from the contentious state of initial Gerhard Richter-like appearance of its subject’s is not only the conversation about authorship, but also about its complicity in viewership by Sullivan, by the viewer of this article and his book. The question about the corporate monetization of an image of a persona is simply one extra layer. I believe that this conversation is not limited to a discourse about desire. I believe that it challenges it by providing a larger dialogue about the Real, but also about how we emphasize and coordinate our sale of self through these means to digital capitalism during the gold rush era of data harvesting.

The phenomenon of the work is not the person in the frame, identity bleached by the flash strobe, but rather the digital performance and acquiescence of personal form uploaded into the ether of an unpaid though recognized digital commerce. It is a secondary market for the image presented and third by the time it gets to Sullivan. In purely mechanical terms, the book itself is a beautiful object to hold. Its form-molded book wrap and clever design are in line with Sullivan’s previous books. Besides appropriation, Sullivan is at heart interested in the phenomenon of images, how they are dissected and how they how they hold popular appeal often through the dissection of their contentious impact on our lives and culture at large.

Self Portraits With Mirrors proves yet another progressive book in Sullivan’s  catalogue and if you have not had the chance to wade into Sullivan’s world, now would be the perfect time to do so as you re-evaluate your window to the digital world. HIGHEST Recommendation. 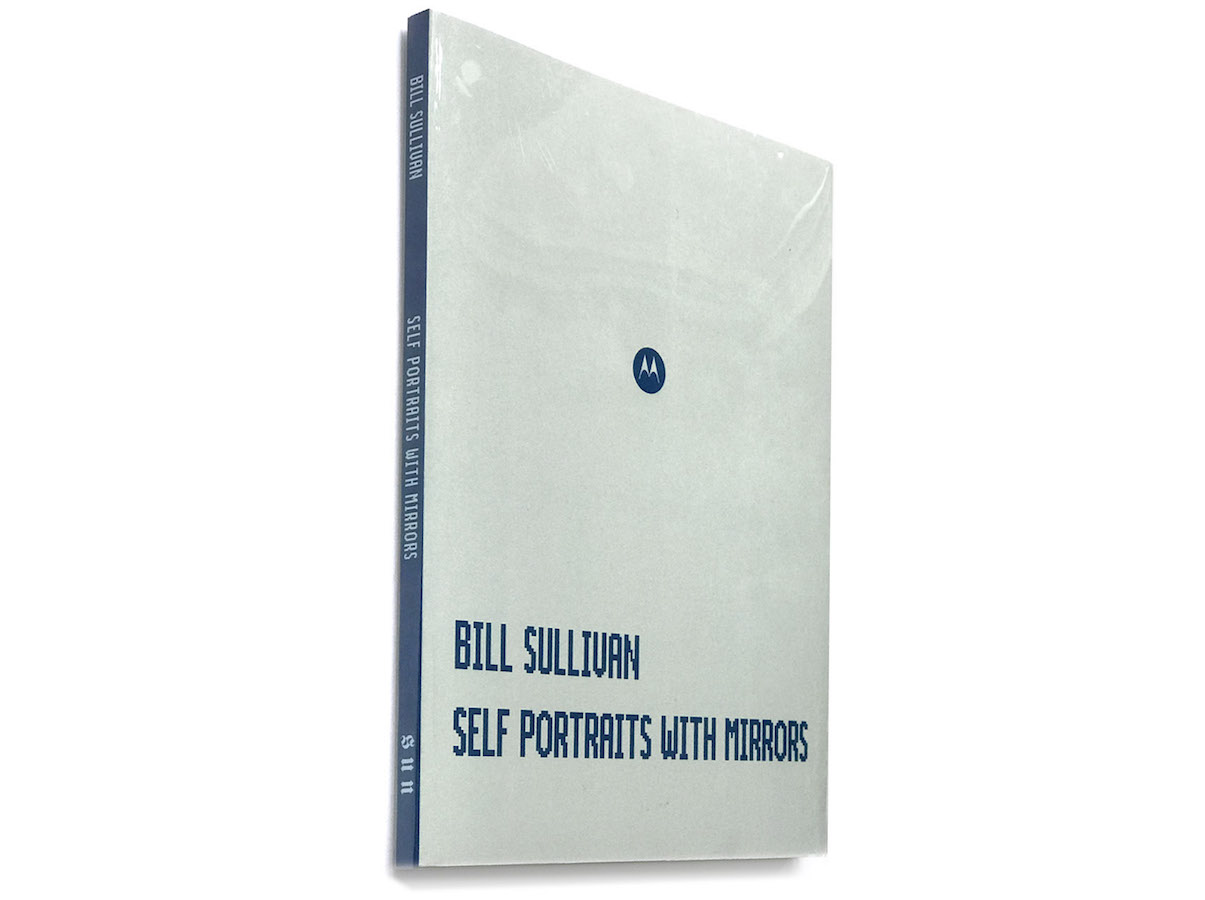 Self Portraits With Mirrors