“I’d been playing drums in a few bands, Th’ Faith Healers and Stereolab among others, and between tours and photo jobs I’d take off on photo projects of my own, often to Berlin. Eventually I got a place in Berlin, because I realised it had a lot of what London was losing, it’s a city still in flux”

BF:You have a shop in Berlin selling mostly contemporary photobooks from my recollection. I remember asking Thomas about that and his contention was that for you model, keeping the stock fresh and concentrating on the primary market was the best way to distribute information and engage with photography in Berlin. There are two of you-Joe Dilworth and Thomas Gust. There is also a publishing arm of the store and you have been a photographer for 30 years who has a vast and super interesting archive of photographs of musicians and also images of Berlin and Central Eastern Europe in the 90s, but maybe I am getting ahead of myself and it would be good if you can give me a background of how you started the shop, met Thomas, but also a bit about your personal history both in and out of photography.

JD: Right! Here we go – I’m going to work backwards – Thomas and I both used to show at a gallery in Berlin called Staatsgalerie Prenzlauer Berg, set up by our friend Henryk Gericke and showing work by a lot of artists from the GDR underground. We curated a show of found photographs together at Staatsgalerie in 2014, and soon after we heard that the bookshop where Thomas was working was about to close. We saw we had an opportunity here to take it over and make our own bookshop and gallery. I came up with Bildband Berlin as a name, it sounded pretty solid and specific, bildband meaning picture book in German – and fitted the mission statement, a dedicated space for photography in Berlin. 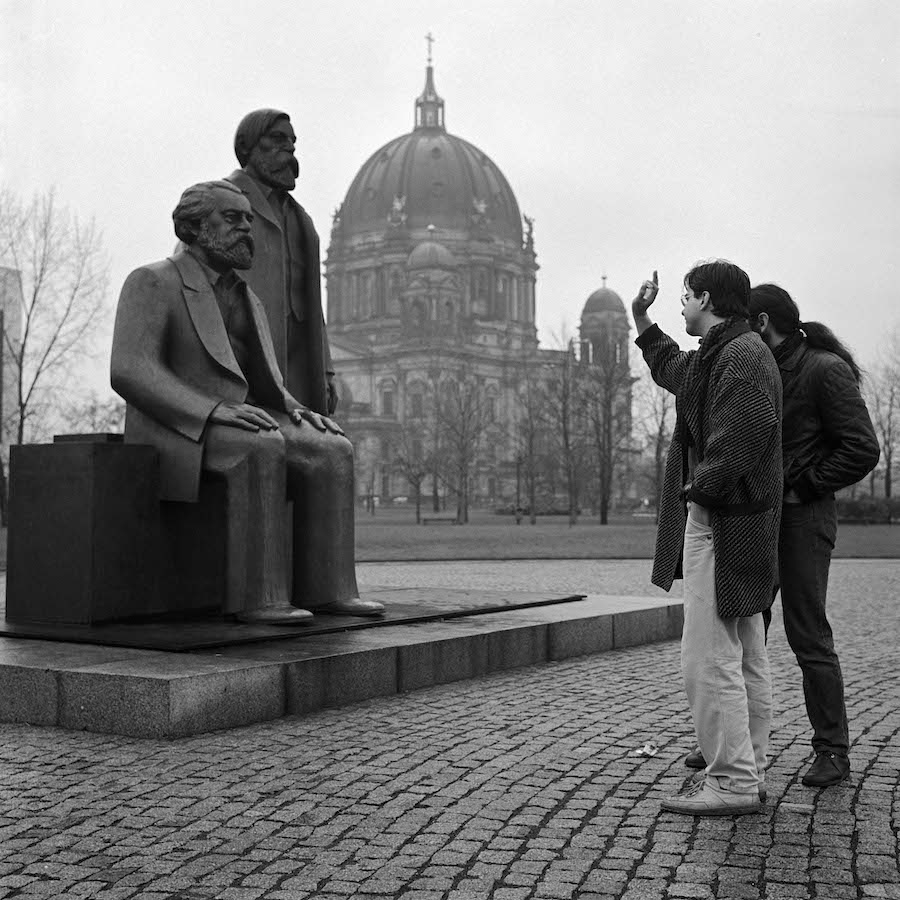 I studied fine art at Goldsmiths in the 80’s, and spent most of the time taking pictures. I started working as a photographer once I graduated, mostly for the music press, because that was kind of my world. Meanwhile I’d taken some trips around eastern Europe to take pictures. I’d been playing drums in a few bands, Th’ Faith Healers and Stereolab among others, and between tours and photo jobs I’d take off on photo projects of my own, often to Berlin. Eventually I got a place in Berlin, because I realised it had a lot of what London was losing, it’s a city still in flux.

BF: Yes, so you come from a music background, but you left England quite early for Berlin and made images yourself of the “eastern” block and have been going through your archive at present, correct? Berlin is a wonderful place. I would love to have seen it in the 90s particularly. I feel like the 80s would have also been great, but in all likelihood somewhat depressing.

So, are the publications shared between you and Thomas as well or is that his thing? I know there is one book out on Faminsky and another due out that I should probably hold off mentioning. It operates under the Bildband name, so I was wondering if that is also something you guys have both undertaken or just Thomas in that case? Are you interested in publishing books yourself or on your work?

Finally, if you had to describe the material that Bildband sells, how would you characterize it? You have events, correct? So a number of titles must reflect the signings etc? How would you describe the stock you keep and where do you see the shop going? 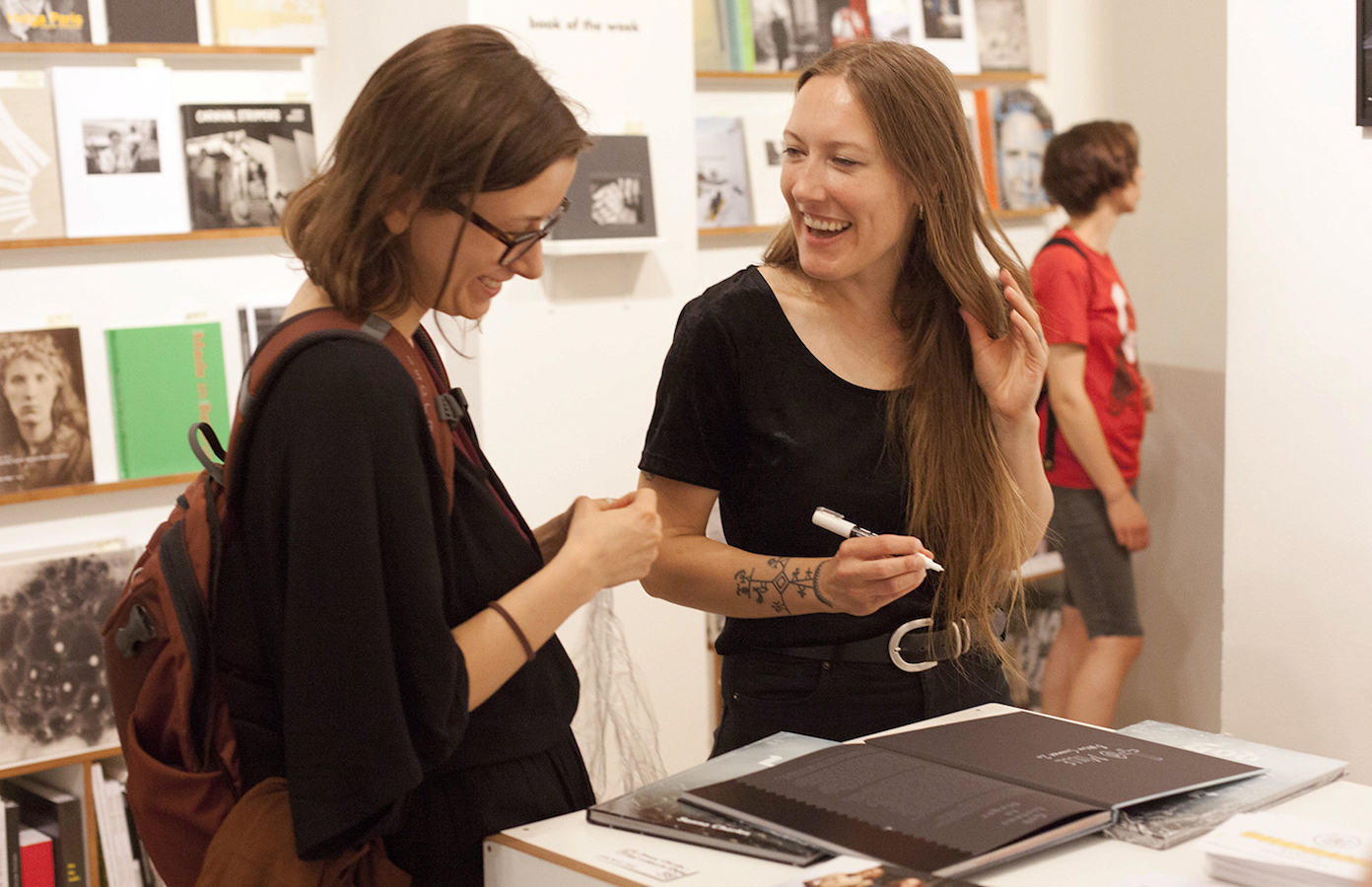 JD: The London that I grew up in still hadn’t recovered from the war, it’s presence was everywhere. It felt like Britain after the Romans left, we were living in the ruins of some mysterious society whose relics we could only guess at. That was something I felt about Berlin too, except it was something like 20 years behind the same curve. The way people lived especially in East Berlin reminded me so much of the London I knew. Every time I visited after the wall came down, it had changed exponentially, and I wanted to be there to see it as it changed. I had friends there, and one was moving in with her boyfriend so I took over her council flat in a very run-down altbau in Mitte. So I stayed, although I still have a place in London, I’m less and less there now.

“The London that I grew up in still hadn’t recovered from the war, it’s presence was everywhere. It felt like Britain after the Romans left, we were living in the ruins of some mysterious society whose relics we could only guess at. That was something I felt about Berlin too…”

Sure it was depressing in Berlin in the 80s, and as a western visitor to Warsaw Pact countries it could be both expensive and scary, but that it was difficult was part of the attraction. And I met people that had a huge influence on me, it was like removing yourself from everything you know, and seeing how you react and how people react to you. A camera helped me to make sense of it. 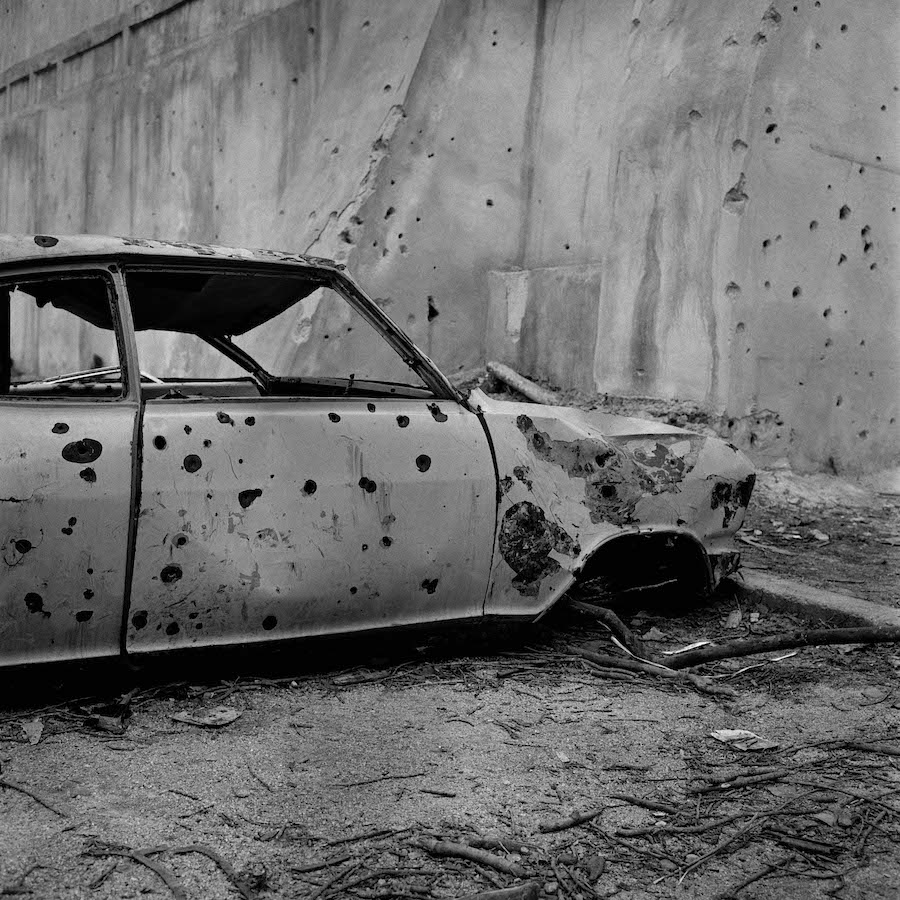 The Faminsky book-ahhh, I see the confusion, no it’s not part of Bildband Berlin, it’s under Thomas and his girlfriend Anna’s new thing, Buchkunst Berlin, which has nothing to do with me.

Bf: My bad. Teaches me to write before looking at the spine! And about your work?

JD: Yes sure I’d love to have my work in print! It’s like making a record though, there’s a million different ways to approach it, you just have to settle on something and push it ahead. (which I’m still working on)

One of the things about touring as a musician was to find the interesting book and record shops in whatever town you’re in, between sound check and show time, with whatever is interesting locally, and whatever is hot internationally. That’s what we’re trying to do, as well as building relationships with photographers so they can come and present their work in a receptive environment, and make contact with their audience – photography can be quite a solitary pursuit, one reason why I like to play in bands as well.
I guess we had a few models for what we want Bildband Berlin to be like, there were some places we had in mind when we started, like 25 Books in Berlin, Vortigern in Margate, the old Rough Trade shop in Notting Hill, somewhere where people could come and just hang out. But it’s taken on it’s own character, and audience. It’s always exciting to see new books and artists arrive, and to try and keep track of where things are going.

BF: There is a very interesting crossroads where photography meets music. I think of Christian Marclay a lot and how his analogue interests in vinyl and the photographic medium seem to be a bulwark against the gathering pace of de-materilization and digital dust. Then there are also the crossover artists like you who move from music to or work on photography concurrently in the shadows such as Michael Stipe (REM), Peter Christopherson (coil, posthumous publication of his work) or Lenny Kravitz (eek-apparently a Leica nerd). You guys did the Michael Stipe signing right? I would love to see more work being done between the mediums. I think Aperture put something out or BJP perhaps about music and photography Dana Lixenberg, Michael Schmelling etc.

I love the analogies between London and Berlin. This comes up on occasion as both cities were pivotal for their destruction. It’s a strange idea to live under rubble for decades only to have a wlak dropped on you from America and Russia. I can imagine the plight of those post-war years between North London and Berlin. 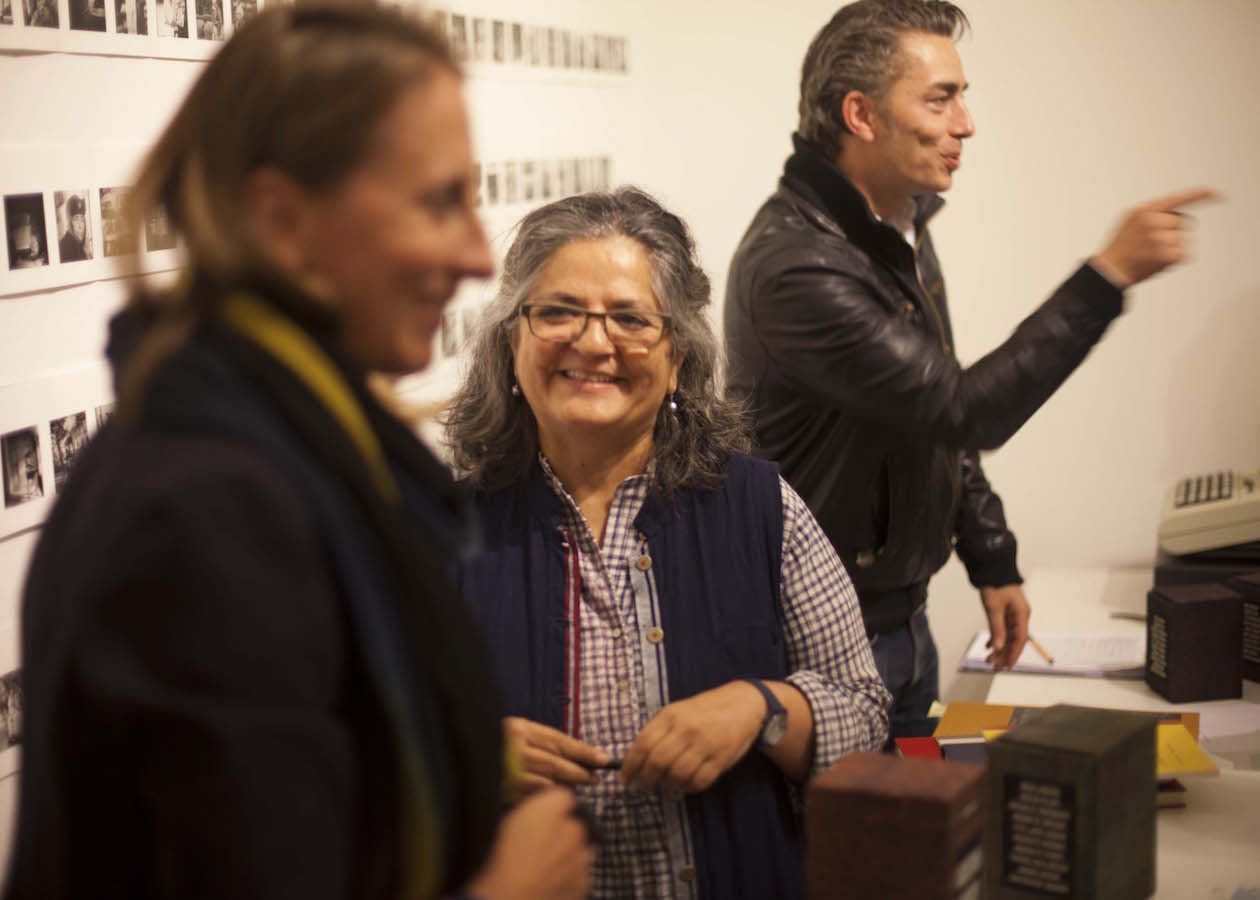 One last question-if you can give any advice about maintaining a shop as an experience for people-what would it be? I think what you are doing with the signings is great. How can we encourage more shops to think more along the lines of being open to how we navigate record shops for example-what is the best way to get to our (cringe) High Fidelity moment in photography shops?

JD: Maybe if we’d known what we were getting into we would have been more cautious, but I don’t think we would have done anything differently. We knew from the start that it had to be a pure vision, or it wouldn’t be worth doing, and that we wouldn’t have an audience if we diluted it. Thomas and I had both been in bands that had toured around little venues where the promoters were doing it more out of love than money, and there’s something of that attitude in it. 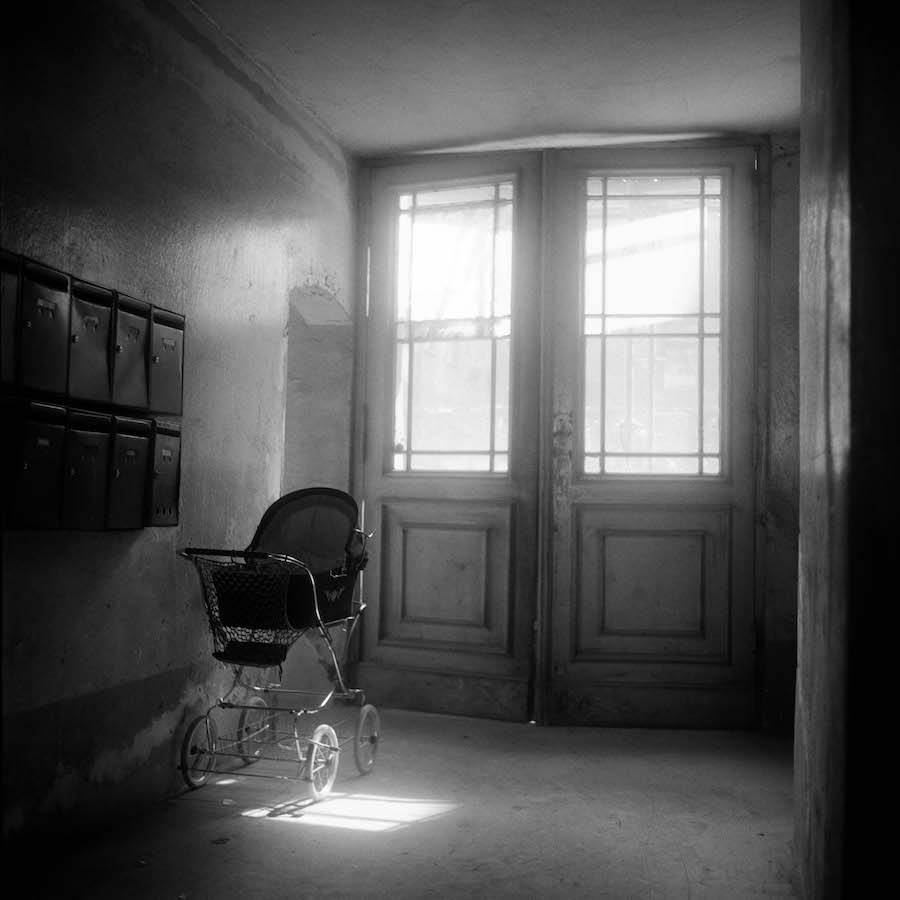 We concentrated on what we could offer that no one else could, by getting photographers and publishers involved and coming to present and talk about their work, which has been an amazing experience. Photography can be quite a solitary art form, so to have so many fantastic people come to the shop and share their work and thinking to help build a community around what we are doing is more than we could have expected. I guess we’ve been quite cheeky in who we’ve asked to come and show, but we’ve been shown a lot of generosity from all involved.

It feels to me more like the old Rough Trade Shop instore gigs, where artists are showing in the context of where it’s bought, rather than it being a lecture.
Also presenting older work in the context of modern thinking, it’s great to see classic titles up against new books.
So what we have in the shop reflects that, what we feel has stood the test of time, and the best of what is happening right now, from small run self published titles to the big publishing houses. It all carries the same weight.
So in that way there are some similarities with some record shops I’ve admired, in that you know as soon as you walk in if it’s your kind of space or not. Of course there’s work you know, but also it can lead you in other directions, with is quite exciting, things you won’t find anywhere else.

BF: Thank You in Kind! SUPPORT THE SHOPS! 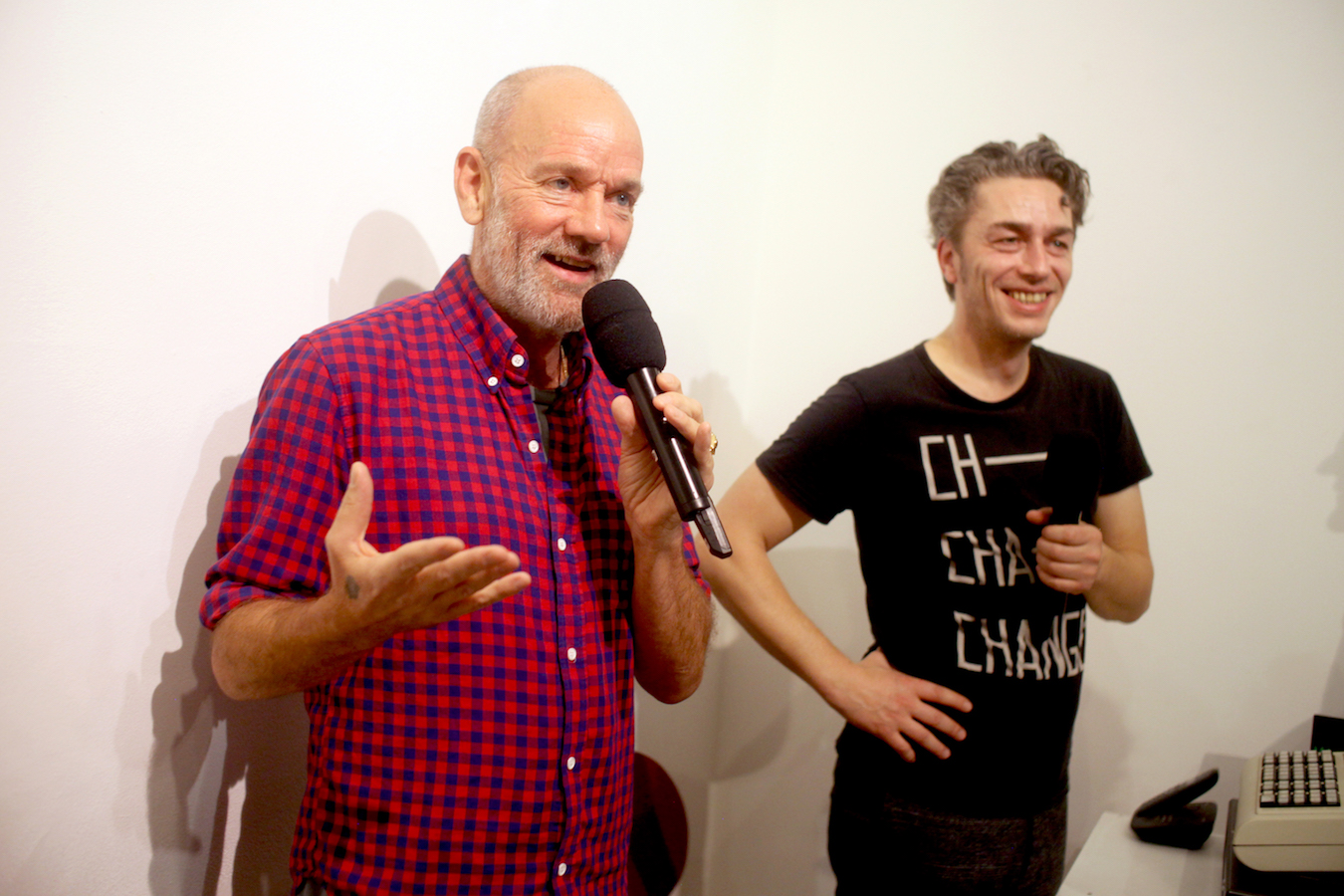