“The historical representations of architectural photography deal in large measure with style and period, but are also concerned with the history that passes through the buildings within the frame”.

There are antecedents to every photograph produced in the present day. In the case of architectural photography, there are many ways in which we can decipher and enable the historical methodology towards the production of a certain kind of architectural image from the commercial evaluations of urban development to the poetic, such as the sweet rumination found in a photographer like Atget’s images of Paris in which architecture was not the guiding principal of interest, but rather an extension of the artist himself and the feelings he kept about the city that impassioned him. The historical representations of architectural photography deal in large measure with style and period, but are also concerned with the history that passes through the buildings within the frame. 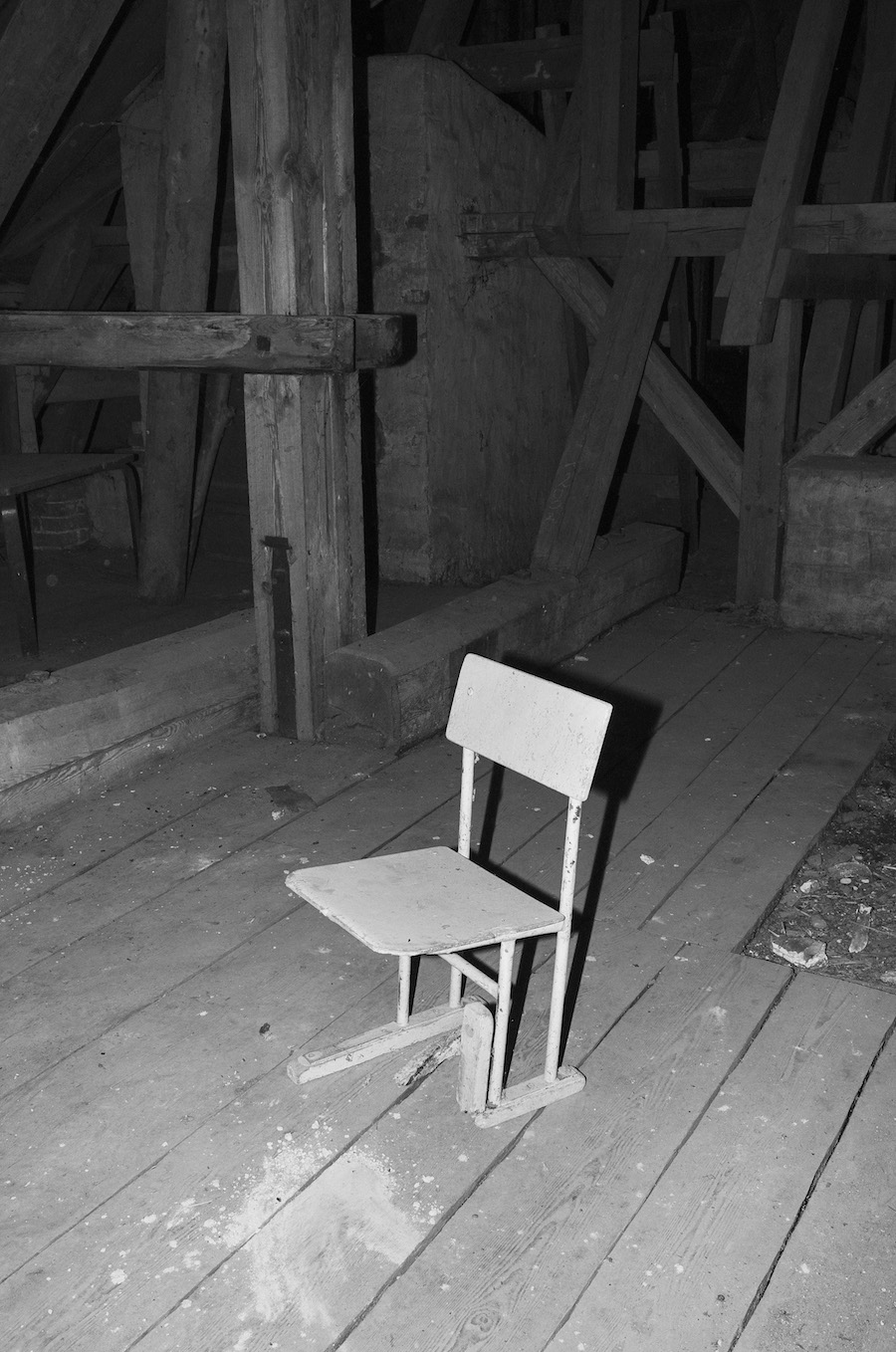 Architectural photographic practice is not always about the representation of a building or buildings. It can be fragmentized as we have seen with the daguerreotypes of John Ruskin’s Venice and it can be used as a support document not unlike a catalogue of particulars as seen through the details of the construction of Charles Garnier’s Paris Opera photographed by Louis-Emile Durandelle. Walker Evans was also interested in the vernacular details of architecture. These small fragments photographically documented exemplify the glory of the whole when it comes to buildings and can be seen as a pathway to larger discussions about organizations, construction, type, material and habitat as well as era.

In the case of Frederick H. Evans’ photographic study of Kelmscott Manor from 1896, the focus is on the attic of the manor-a pale and somber light cascades from the support beams and recedes up the stairs across from Evans’ camera. It feels positively dreamy and disjointed. The position of Evans in this photograph is interesting. To produce this photograph, the artist had situated himself in a dark recess of the attic in order to focus on the light streaming in through the window and the inevitable architectural definition of the beams and stairs that it produced. The intent of his physical position was clearly technical and yet, we feel as though we are peering out of the void, the dark recesses of the attic that in our youth, much like the basement, would elicit an irrational fear. Evans placed himself in the bogeyman’s chair and made his exposure, which due to the poetic interlude of light becomes a manifestation of positive will-a divination of the technical medium, but also its capacity to create metaphor. His treatment of the Well’s cathedral stairs offers a similar phenomenon in as much as the stairs, in their worn and chipped state, look treacherous from the position of the camera and yet, the light that beams in from the top arch of the cathedral in the photograph offers a metaphor of heavenly solitude and salvation. 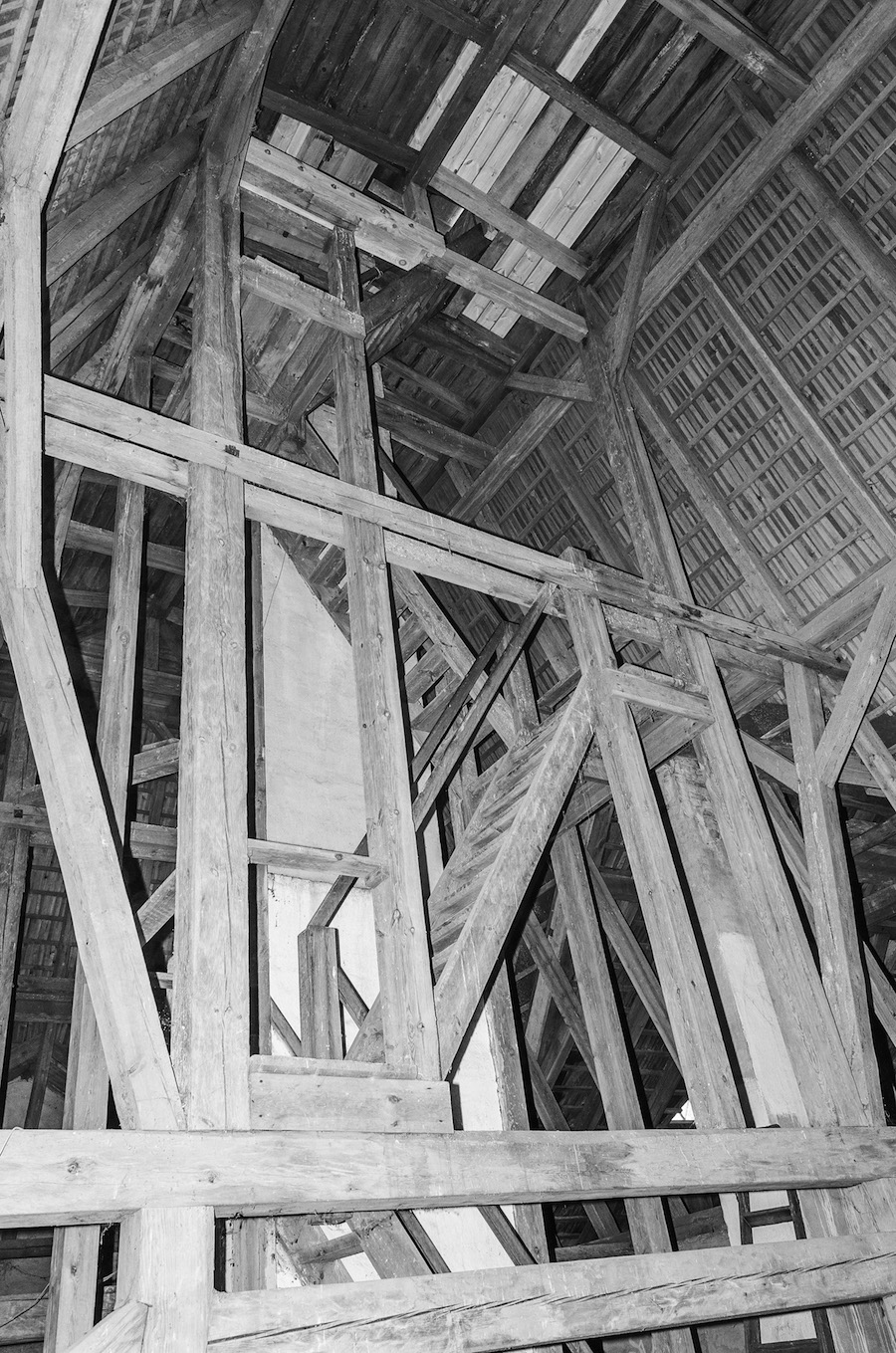 Sarah Walker’s Pelči Manor (Perimeter Editions, 2019) is a strange and uncommon book. It features an isolating look at one place. We are back in the uncanny attic of photographic history, but this time Walker provides a pop and flash of light and things feel chaotic, dizzying and out of place. The atmosphere is alive and full of nebulous potential. Fragments exist, but seem to move from frame to frame and offer considerations about the phantasmagoric state of the attic which persist and makes the book feel charmingly  haunted. The stairs seem alive and the preponderance to suggest they undulate, swell and swing like a spectral Escher drawing would not be unfounded.

“We are back in the uncanny attic of photographic history, but this time Walker provides the pop and flash of light and things feel chaotic, dizzying and out of place”. 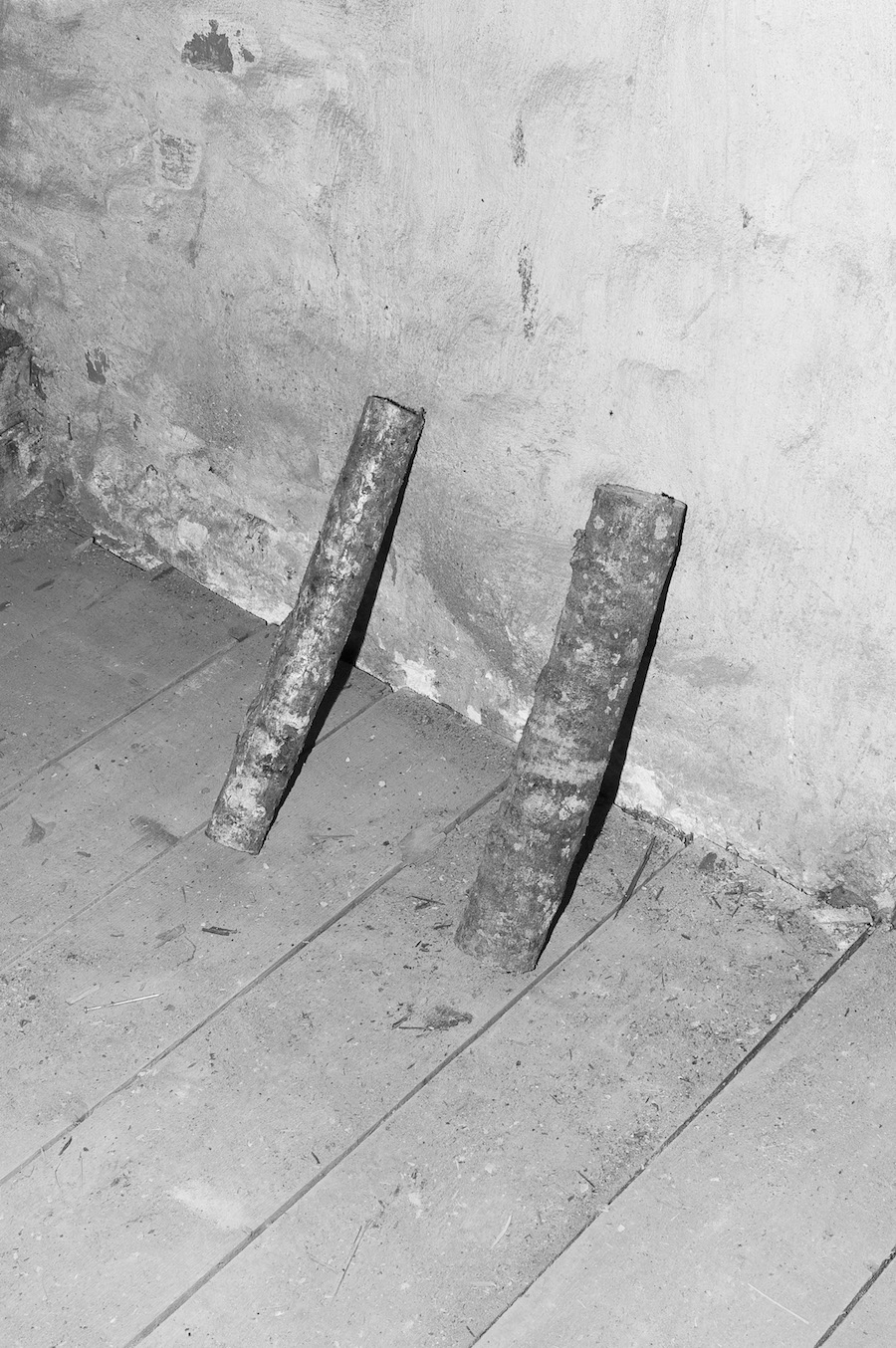 Before I allude to the historical location of the attic, I believe what is important is not the consequence of its possible history, though that is interesting, but rather the consequence of how Walker decides to manufacture a certain type of photograph that insinuates those base and childlike fears that I discussed above in the photograph by Evans. In Walker’s images, the attic and it’s claustrophobic space with its impossible and jutting right angles act as a challenge to the artist and our perception of the space in her images. We are confounded about how the space functions and in creating images where angles are ajar etc., Walker actually invites us to consider, like Evans before her a possible precarity of position while making the work. There is a tense and deliberate unease and the viewer is asked to participate in authorship as opposed to simply viewing the images. To do this, the book needs to be read up close and the viewer needs to place emphasis on pace and detail otherwise, it simply falls apart. the viewer must enter the attic with Walker.

Walker, confined to the space of the attic is forced to work with what is available to her. It feels as though her camera has been used as a flashlight/torch with an insistence that each flash illuminate her immediate area to maneuver, but also to shine light on possible dangers lurking, immoveable or other. The awkward angles and the movement of pieces of fabric regulate the frames into something unholy and frightfully promising. This has a Blair Witch effect, which is hard to escape due to the light source and the subtle movements of objects around the uncommon space we navigate through in the book. We also see scratched graffiti in the wooden posts reminding us Brassai and perhaps the psychologically loaded scribblings on a Roger Ballen set. If I could zoom in on those scrawls in aged timber, I would hazard to guess that I might find a dislodged fingernail splitting the seam of the beam’s grain. 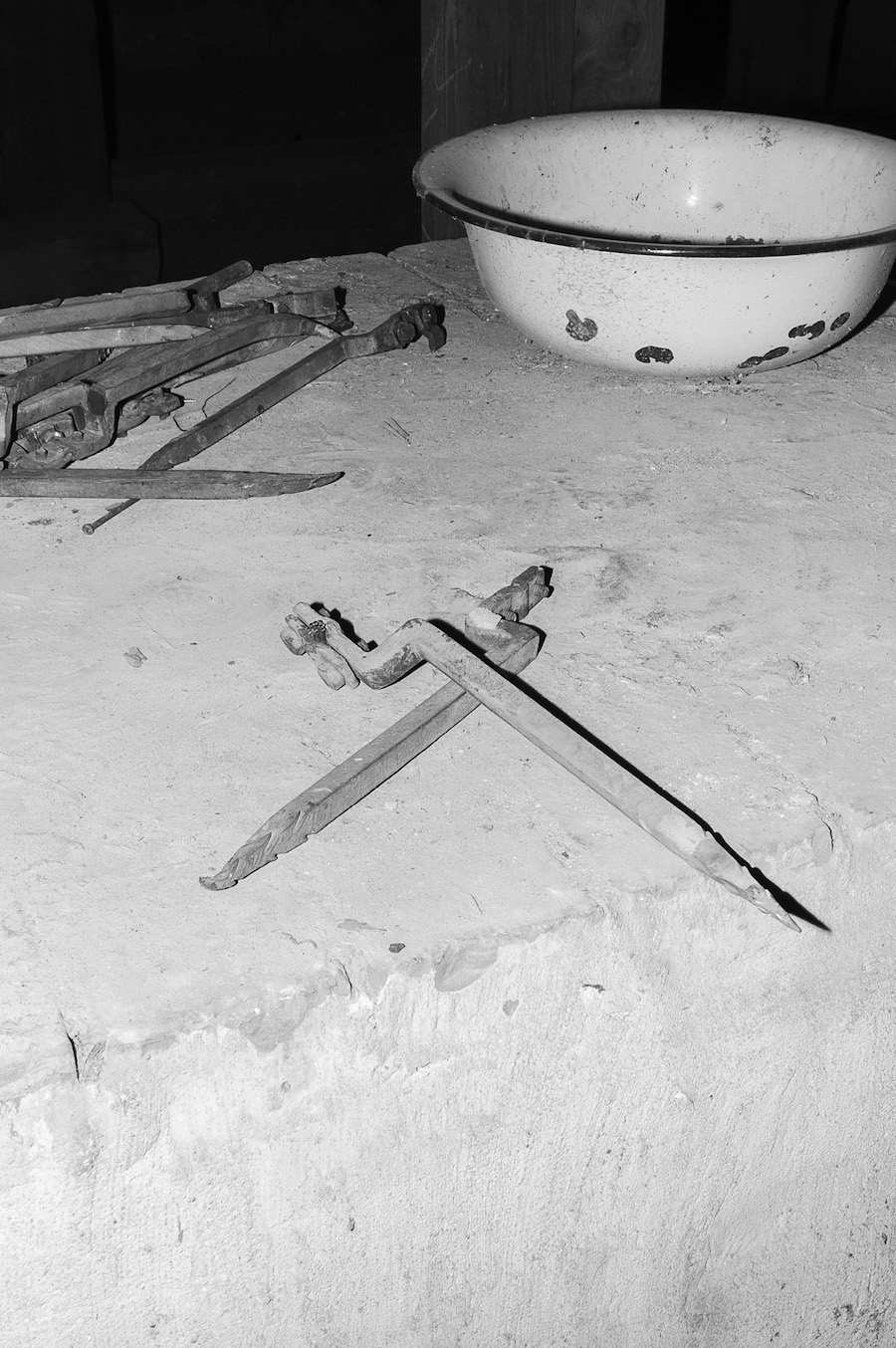 The capitulation to examine the location of the attic itself is in order. Pelči Manor is in the very small Latvian town called Kuldiga. I have been there myself and I can only assume the images in the book were made during an ISSSP residency or workshop. Pelči Manor is the location where Latvia ceded their independence to the Nazi regime. We know a thing or two about attics in that case. It is impossible to escape the correlation of that information to our acknowledgement of the attic and its former potential as a sequestering hiding space. The location of the manor substantiates the space in Walker’s photographs as bristling with an aura of haunting effect. The building itself is now a school for disabled children, which also adds a layer. In some strange way, I feel as though I am looking at productions stills for an alternate version of Guillaume Del Toro’s The Devil’s Backbone. 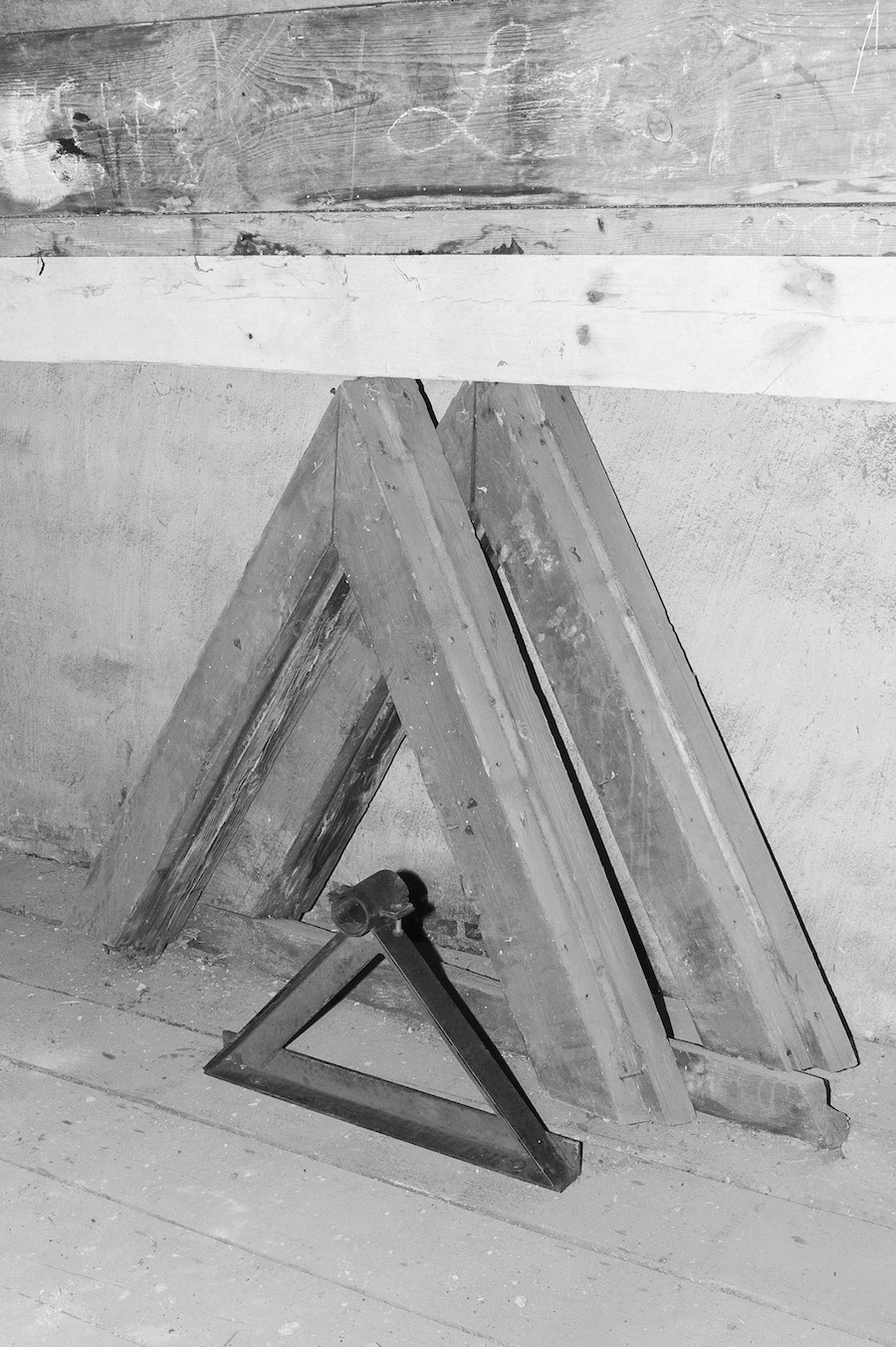 Walker’s book is compelling and I compliment her use of a small “set” to invoke such pathos. I had an instructor in university who spoke of an assignment that he had to undertake when receiving his own degree in photography. He was asked to photograph one chair 125 times differently on a white backdrop. The task of course was to see how you could work with very little and observe something banal differently through the use of angles and considering the singular object with new propositions. Walker has done that very project in a significant way and has added a degree of psychological weight to the production of images of non-spaces like the attic which hold time and history in a sort of capsule in which nothing really changes over a significant amount of time  when captured in the manner that Walker has. This offers a wholly significant and jarring re-interpretation of value for the architecture itself. The historical annotations of which are simply icing on the proverbial cake. Highly Recommended and for fans of Jerome Ming, Alexander Binder, Roger Ballen, Frederick Evans and Tereza Zelenkova. 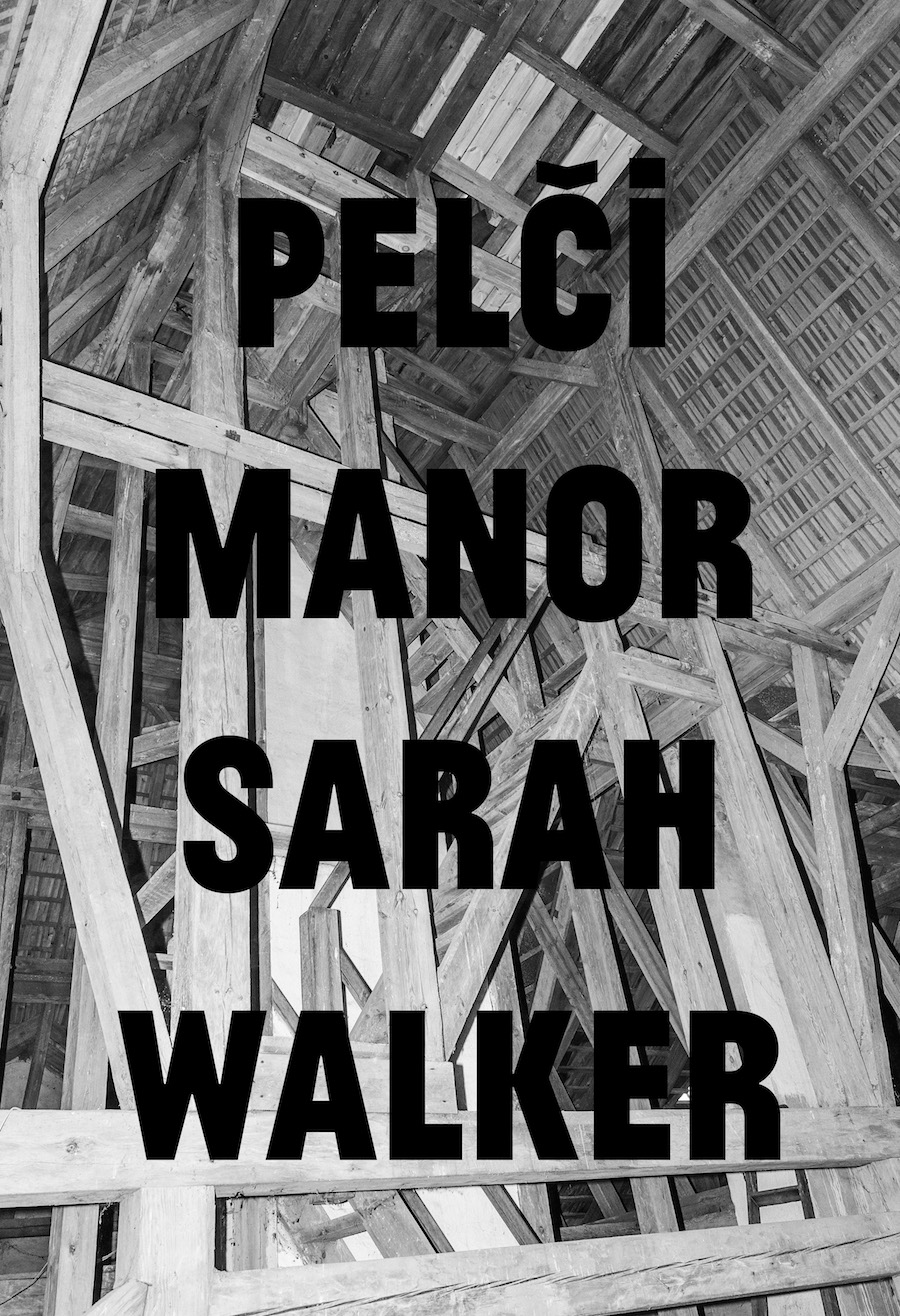