“In the case of phenomenon, we often commodify our intentions and collude over a recognized minority of experience based on the slight repetition of the materialization of unnatural form”

There is a common element that divides the paper-thin system of belief between what we consider phenomenon and what we consider truth. This is the common element of perception born from internal desire. In the case of phenomenon, we often commodify our intentions and collude over a recognized minority of experience based on the slight repetition of the materialization of unnatural form-we agree on outcomes of perception and consider its duplication as real, no matter how strange or elusive it is to majority experience-think of the apparition of the Virgin Mary, few see her and yet we embrace it and the observer to the point of canonization. Phenomenon exhibits tendencies that stem from a desire to form answers to the wide swinging pendulum of belief that we wish to give empirical value and yet, the fundamental reality of this perception is based on the accumulation of desires. Truth is the establishment of common occurrence of repetition of natural form based on observation. It is used to form belief, but it is also used as a combatant resistor for phenomenon. 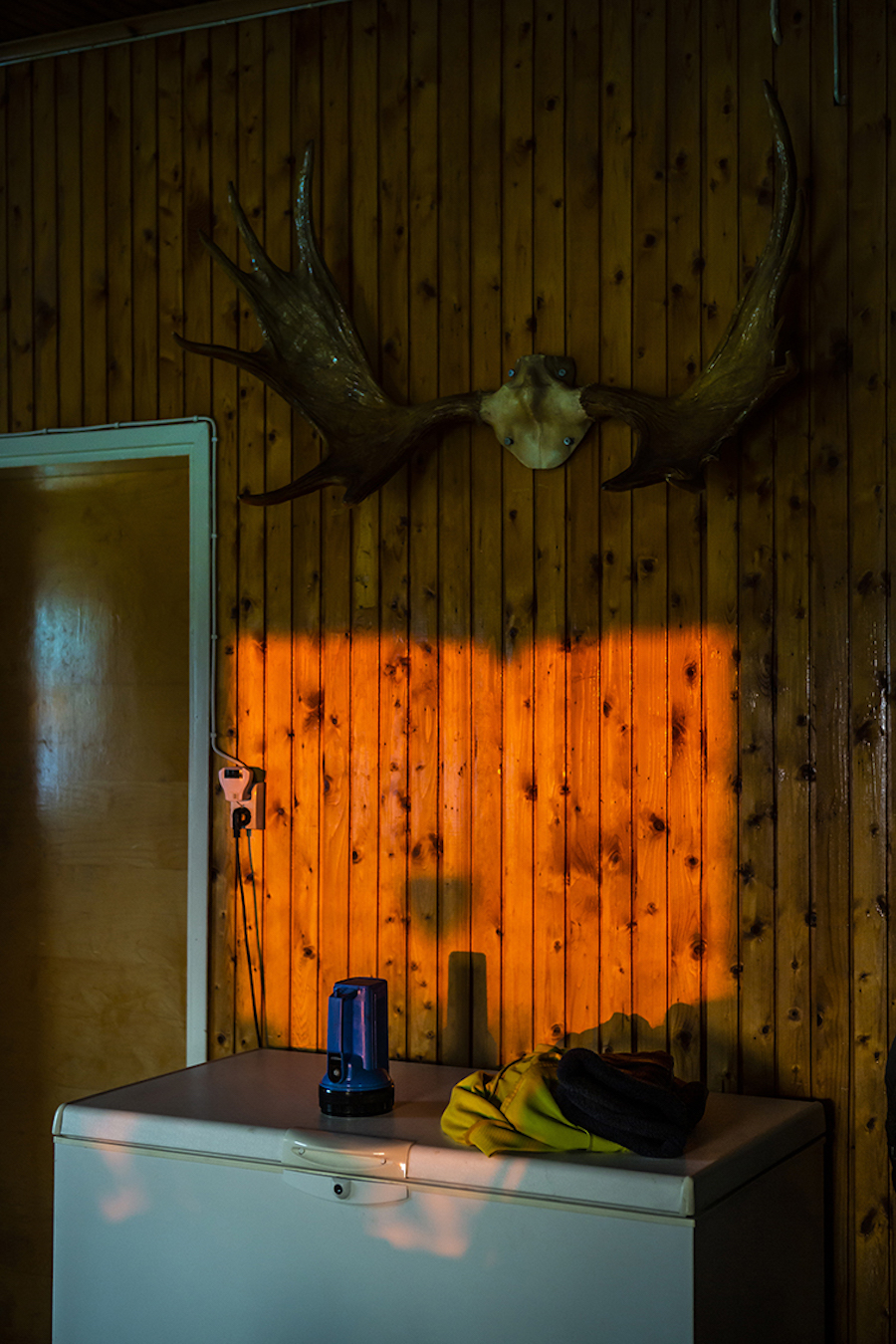 Photography organizes our need to believe and our need to establish truth simultaneously and is thus recognized through the involuntary solutions of wish fulfillment through documentation. We are able to adjust our perceptions to fill desires through observation and the analysis of photographic images-you can see Christ in photographs of knotted wood, clouds, shrouds and toast-the medium itself is not the message when it comes to the perception of an exemplified belief or phenomenon, however it is a great enabler.

We enlist a position of possibility when phenomenon or small monuments to desire are recorded through the camera as a measure against the outside world with its seemingly incumbent pressures of daily frustrations that we internalize. We use the photographic image and its capacity to outline our desires and beliefs to form a shield, barrier or systematic reserve of strength against the harsh external realities of death, disease and dissociation. We believe that its technical process becomes testament, if not overt truth and we employ its technical abilities to facilitate trace documentation of patterns of phenomenon which we use to establish belief through perception based on photographic economy and its relative distribution of observable repetition. 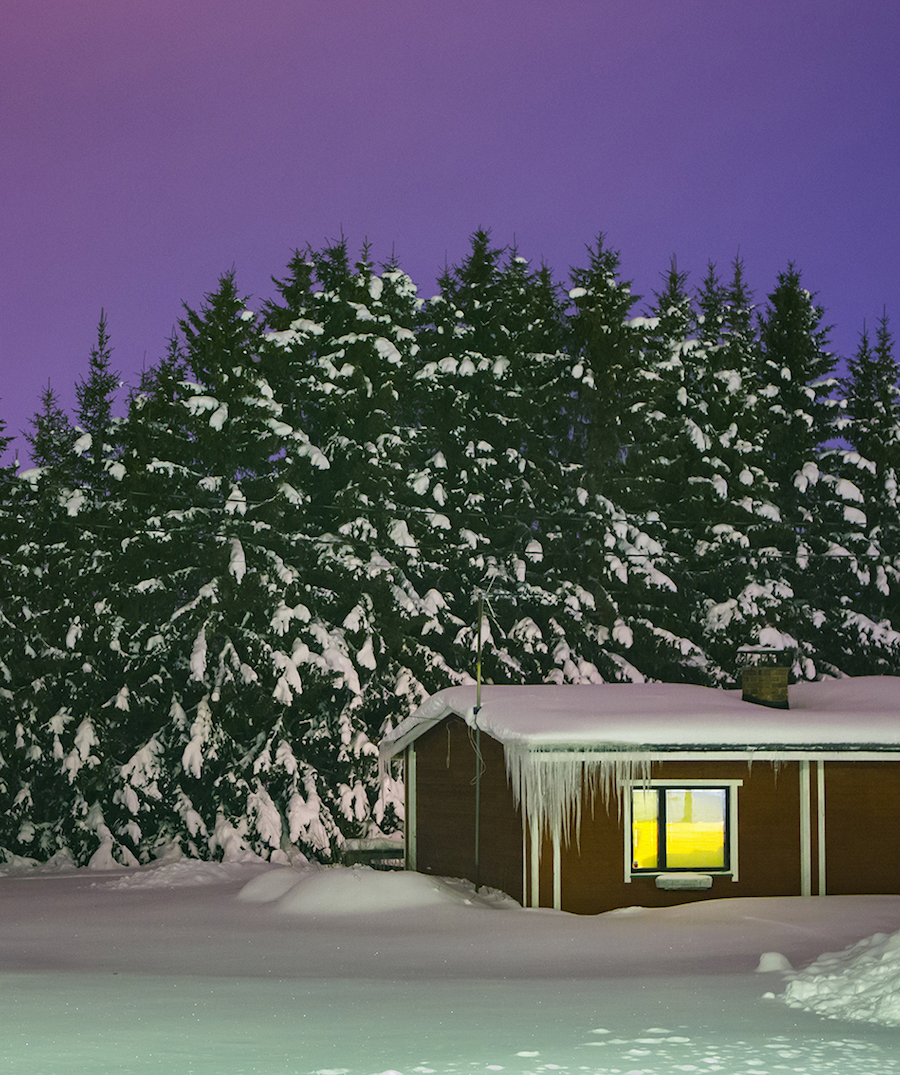 Photography’s ability to confirm bias through the representation of phenomenon and truth works as a bulwark against the progress of inevitability. If the truth or phenomenon that we seek to observe were to become empirical through the use of the camera, it would lose its value exponentially. The camera, in its economy of exchange refuses empirical observation when it is employed on either accounts of truth or phenomenon. If it were able to provide truth, the power of phenomenon or belief would be further challenged. Neither values of truth or phenomenon in the quest for belief can be accomplished through the camera, though it were not for the lack of trying and a collective belief in the opposite. The fixity that the photograph provides us with an incoherent ability to stop our image and not time itself, though that opinion is often saluted as its mechanical function. It arrests us. Time is immovable.

“The fixity that the photograph provides us with an incoherent ability to stop our image and not time itself, though that opinion is often saluted as its mechanical function. It arrests us. Time is immovable.” 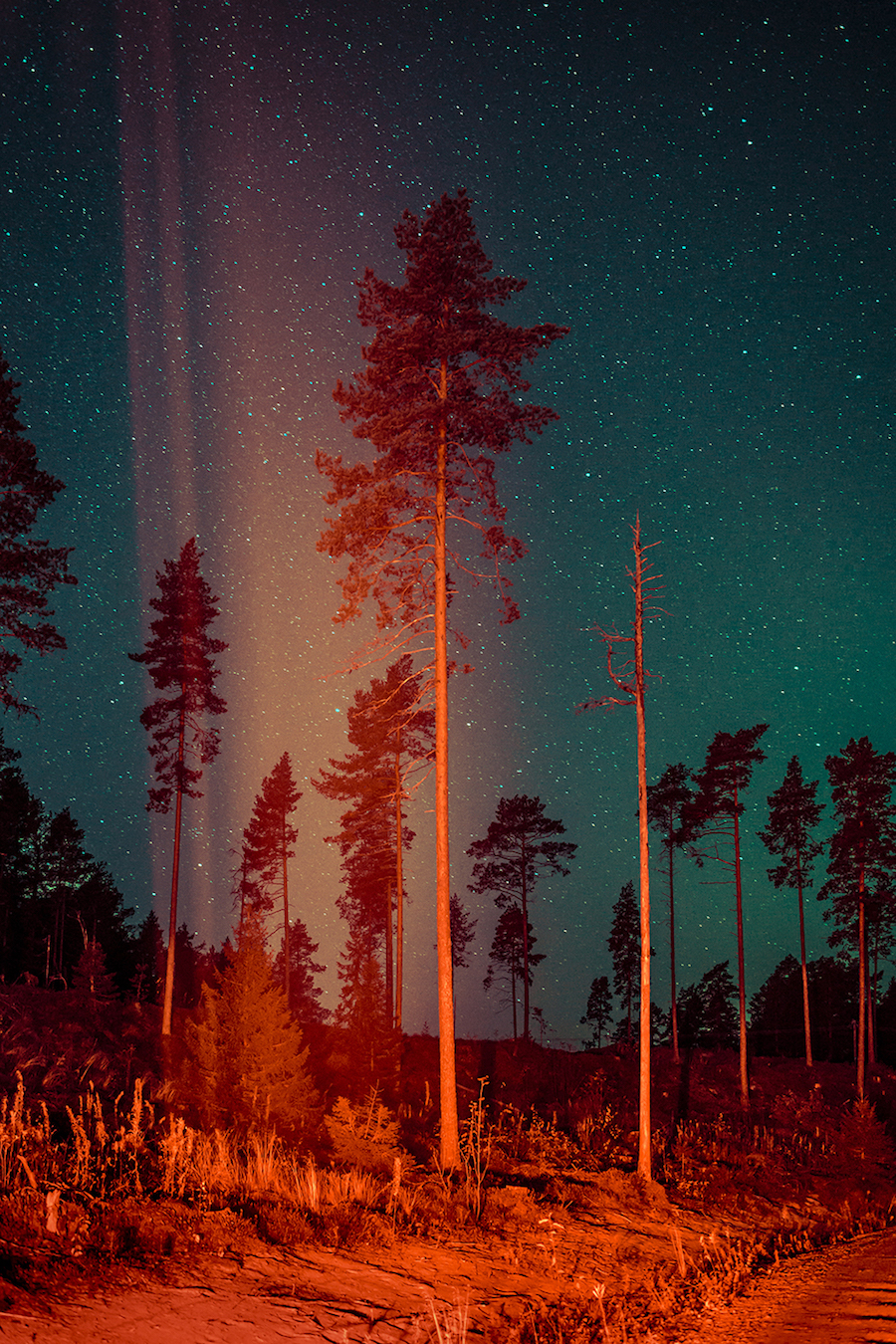 The camera itself is a tool of a number of simultaneous truths and phenomenon. The phenomenon as outlined above about the stopping of time being but one of these still abused paradigms about mechanical invention not altogether dissimilar from our philosophical perception of its ability as teleporting time machine. This is grossly misadjusted for what it does, which is not to arrest time, but rather to arrest an image from proceeding through the same time as which we later view it. Whether these images continue outside of arrested photographic time is anybody’s guess. The phenomenon of photography therefore regards its ability to freeze what is in front of it, allowing the image contained to bear the hallmarks of immortality and in this quest its ability to engage phenomenon and belief co-habit is status.

Maria Lax’s Some Kind of Heavenly Fire (Setanta, 2020) is a considerate book about truth, belief, phenomenon and photography. It is an examination about how the desire of a small Finish town to perceive itself as a portal for  extraterrestrial visit and light transpires into something profoundly spiritual and acts as a catalyst for understanding the banality that the town suffers through its otherwise exceedingly normal remote existence. Their belief in the phenomenon of these visits is grounded against their inevitable position within their banal surroundings and political circumstances and facilitates larger questions about how they, and people in general define the very short lifespans that we all occupy against time’s inevitable march. 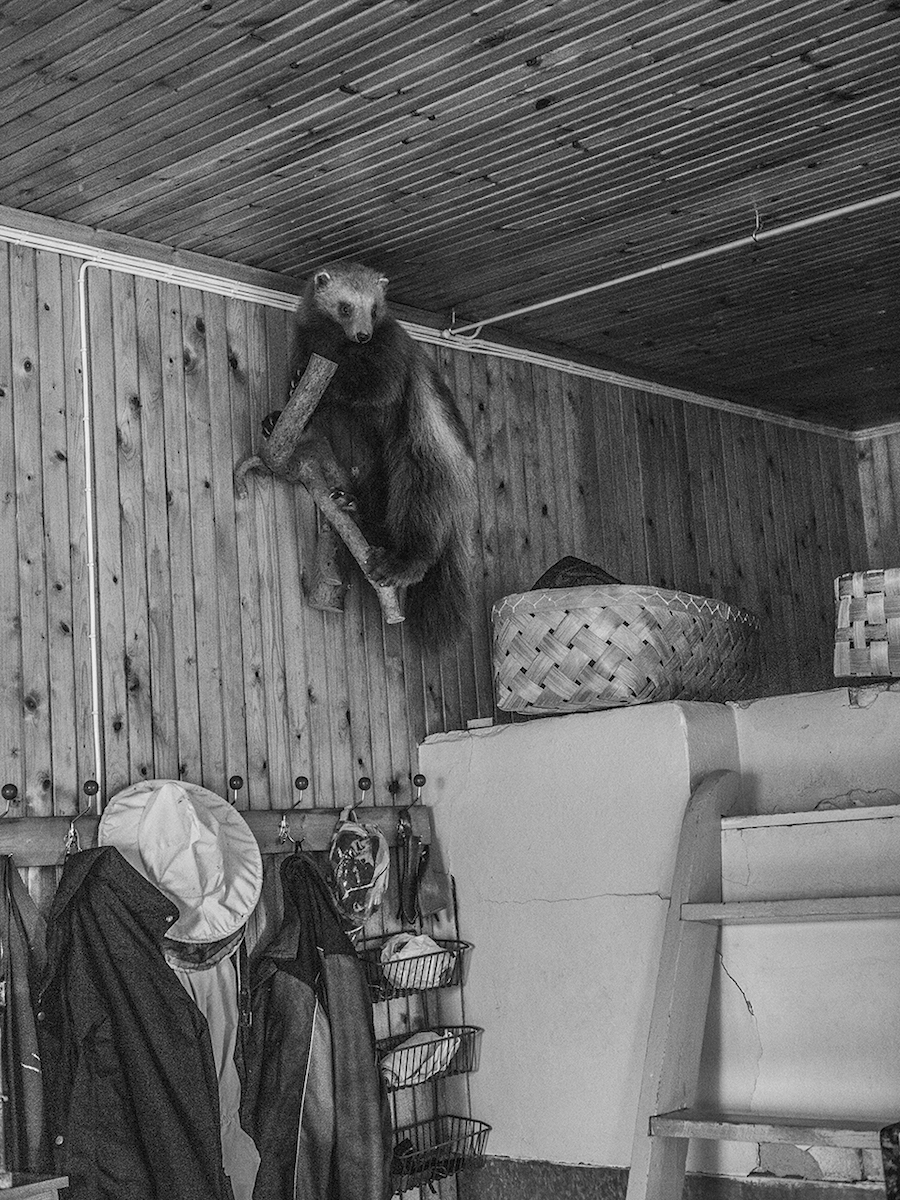 Lax’s book questions the story of extraterrestrial visitation in Finland, but points to larger matters about how we use images to form a fulfilment of desire against our ephemeral selves. We use photographs as a way to position ourselves within the framework of the unexplained and we use the these desires as a formation of belief. The result is to see the world for what it is not, namely the possibility of something that exceeds death through the disruption and arresting of time. With the “documentation” of phenomenon, miraculous religious event, the UFOs etc., we are not asking to be encouraged towards the phenomenon itself, but rather, we are using the “material” existence of these phenomenon to deny our earthly life-to give possibility to something after our corporeal existence that defies the mundane prescriptions that we are given at birth as we wade through time unable to stop it. We look towards the extraordinary not for a confirmation of its existence, but for a confirmation of our own immortality. Lax views this paradigm through her historical examination of her grandfather, his dementia, but also the historical needs of a small Finnish town to believe that their otherwise unremarkable locality is host to communications with something greater. 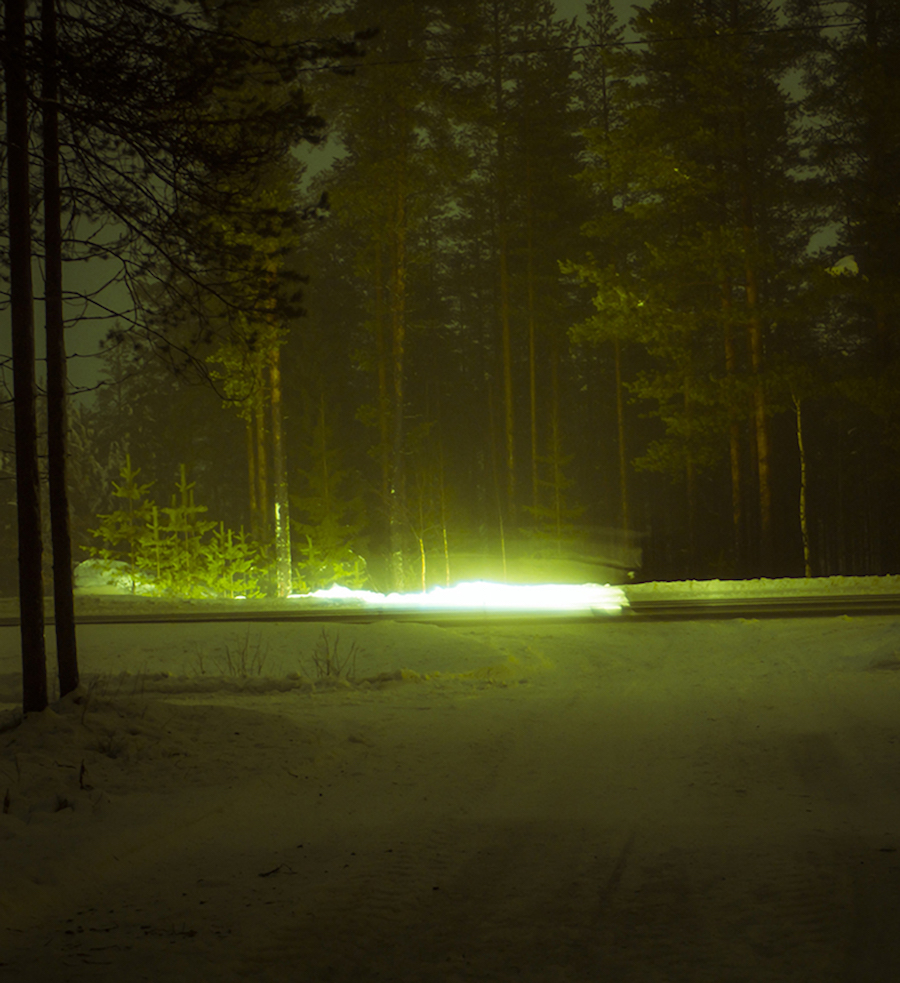 The photographs in Lax’s book are miasmatic in the sense that the images of lights, which are referenced in the larger story, take on an unnatural and fleeting presence throughout. There are small details in which the refracted light challenges our assumption of their spectrum. The cobalt blue of an evenings twilight plays oddly off of the surface of a house reminding one of Todd Hido’s incredible House Hunting. There are also signs of European belief systems throughout-echoes of a pagan past played out through hunting cabins  and small totems of ritual effect found inside them. In places, I am also reminded of Maja Daniel’s excellent Elf Dalia work. However, references aside, Some Kind of Heavenly Fire stands on its own. The photographs are accomplished, the concept grand and yet personal and the execution of design with tipped in reproduced newspaper elements and a brilliantly designed cover give the book the feel of wholeness. It is tight, compact and thoroughly regarded from start to finish. This is a photobook as opposed to an assortment of half-decent images regurgitated on some pages and bound for the sake of “pushing a book out”. I lament that we are not concentrating more on projects like this, tightening the mental belt as it were. Highly Recommended. 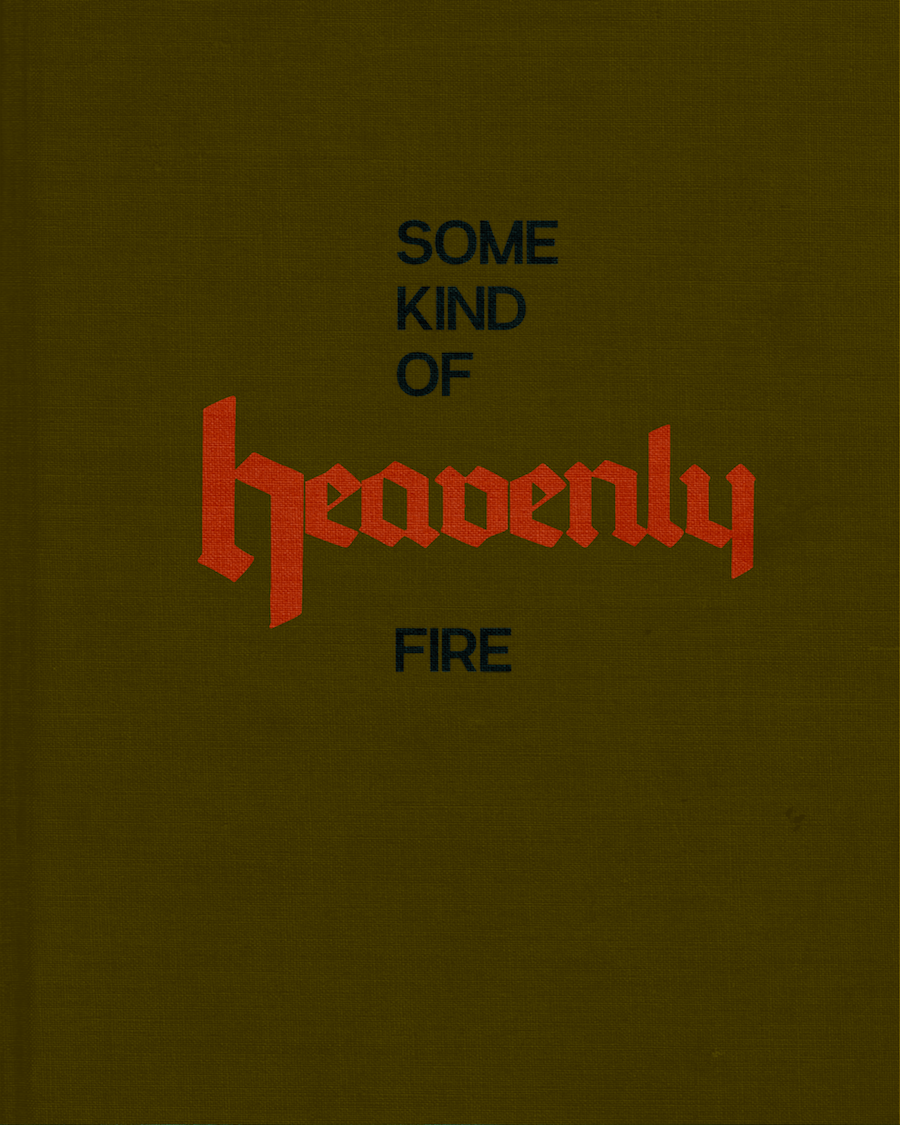