“The case it focuses on, saw six innocent young people all suffer memory-distrust syndrome due to coercion by the police and confess to murdering two men in Iceland of which they had no links. This was achieved by the police by enforcing a narrative onto the alleged until ultimately, they doubted their own beliefs in their memories”.

This interview took place over the last five months due to scheduling conflicts. I met Jack in November for a second interview in the form of a podcast that I will post in the coming months where we delve a bit deeper into his fascinating world of documentary practice, conspiracy theories, and the way in which he embeds himself in his work. I do not want to spoil that as the audio interview has some really fascinating backstory to some of his work. Nonetheless, here is a written ping pong interview that we conducted via email starting before we met and concluding this past week.

BF: With your book Parliament of Owls (Here Press), you have undertaken a case study of the culture surrounding conspiracy theorists and Infowars alternative media stalwart Alex Jones by placing the Globalist playground of Bohemia Grove under scrutiny in what reads like a photographic essay. That is to distinguish or de-tangle a conceptual model of practice that focuses on the topic simply through metaphor and abstraction, promoting a methodology that seeks some representation of place with text, interviews, etc. that outline the topic more like a LIFE magazine article for the post-internet age. I find it incredibly well-crafted and designed, with a repetition of theses occurring to drive home certain aspects-the owls-the glitch internet footage of limos and so forth which are used to create an atmosphere of documentary distrust.

Also, curiously, as a Brit, this is now your second body of work about weird or distressed Americana-the other being A Pink Flamingo (2015) which is a nod to the hardships suffered by pioneers along the Oregon Trail. This is also the second book in which conspiracy plays a role to some degree, the other being Sugar Paper Theories which is a project about an Icelandic criminal case in which the problems of memory and its distrust became the central issue surrounding the disappearance of a couple in the 1970s; or rather the problems associated with amnesia and false confessions by those charged with the murders. This is a different sort of conspiracy of course, but nonetheless, not so far away.

So, given that this is a bit of a longer intro than usual and that there are always going to be more questions than answers in the economy of conspiracy…can you tell me what draws you to America? What is the condition that you want to speak on with Parliament of Owls? Is it reflective of America or are you looking at these conditions as something larger? Do you yourself share in any of these beliefs or do you find it, as I do with religion, simply a fascinating bit of arcane human degeneracy? I feel as though you’re speaking about anxiety, fear, and perhaps telecommunications in equal measure to the 1% club or the strange meteoric rise and fall of Alex Jones… 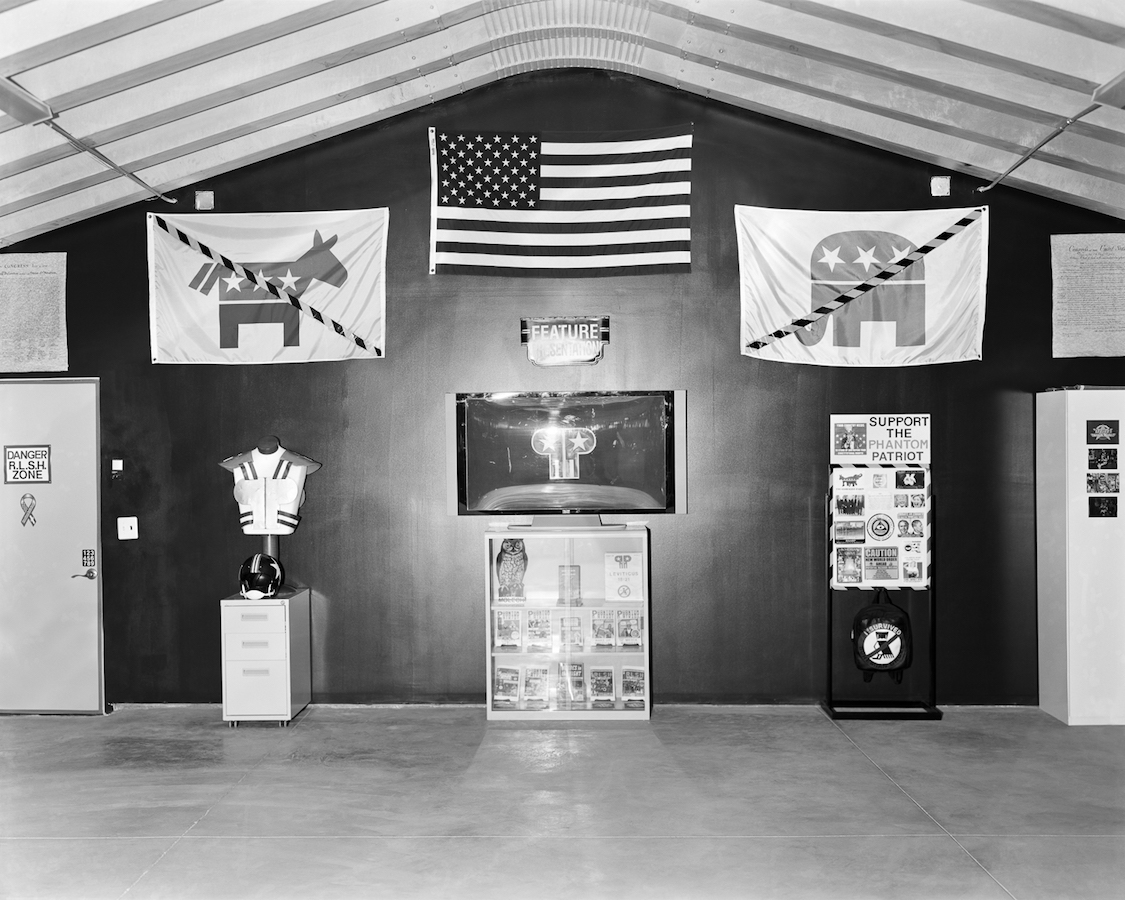 JL: I was very much at the start of my career when I made A Pink Flamingo. I think like a lot of young photographers, I digested an almost unhealthy amount of American photography and felt the inevitable pull towards the country as a result. There are inherent fables embedded within Americana that attracts lone-photography-landscape types and at the time in my life, I was looking to spend a prolonged period of time on the road. After finishing the work my love affair with America as a subject sort of fizzled out. When I started going through the work at home I found myself becoming increasingly frustrated with how my experience and intention with the work wasn’t coming across to a larger audience. The work went on to do okay and was later self-published, but I continued to grapple with the fact that I made a body of work that had already, in some form or another, existed. This frustration led me to stop looking at using photography to inform a narrative, but rather on how narratives can be altered by imagery.

This is certainly the case within Sugar Paper Theories. The case it focuses on, saw six innocent young people all suffer memory-distrust syndrome due to coercion by the police and confess to murdering two men in Iceland of which they had no links. This was achieved by the police by enforcing a narrative onto the alleged until ultimately, they doubted their own beliefs in their memories. The idea of being spoon-fed a story by someone in a position of authority and then going on to believe it was something I thought could be linked back to the act of phot…

Thes long-read version of this article is available on Patreon.