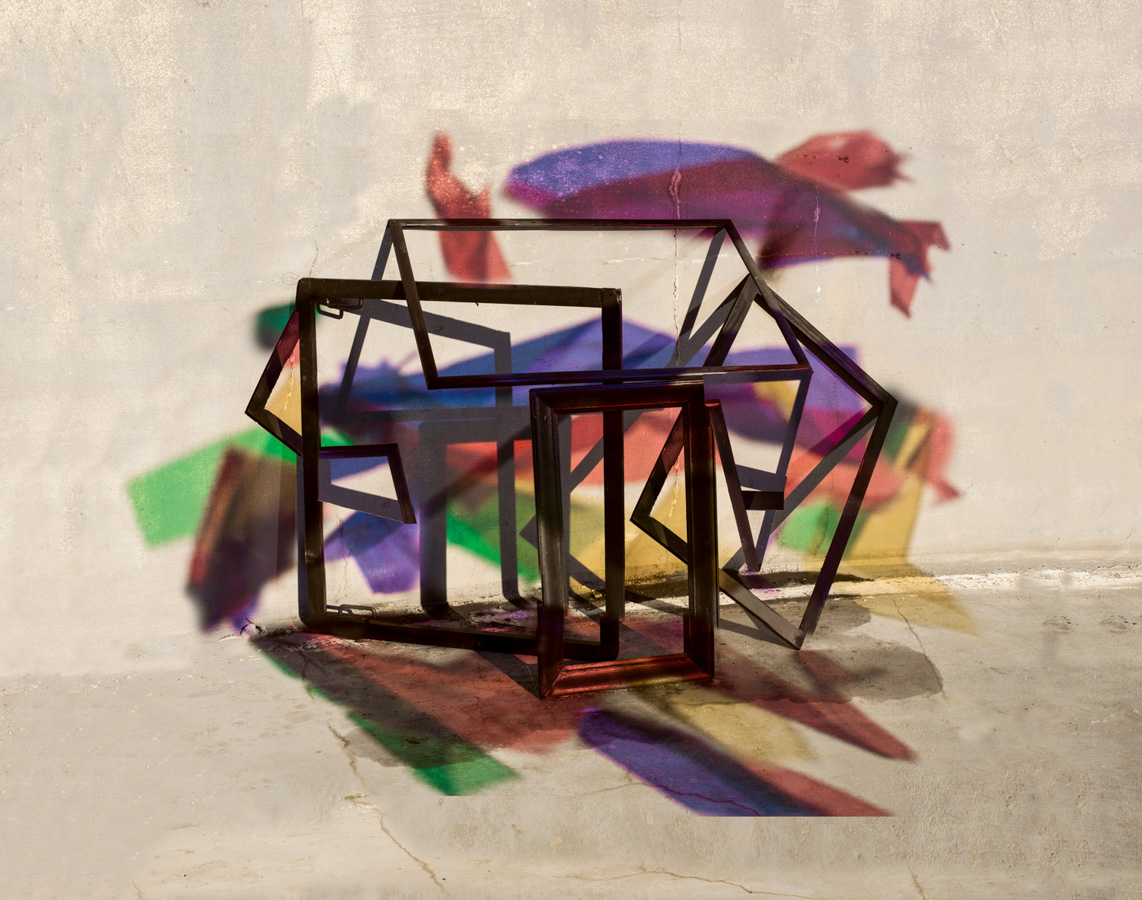 One of the strangest books in my collection is Francis Bruguière and Lance Sieveking’s 1929 image/text collaboration Beyond this Point. Written in the first person, Sieveking’s short, anecdotal texts explore possible responses to three kinds of psychological trauma – death, jealousy, social ruin. Bruguière’s abstract photographs – multiple exposures created out of cut paper – erupt, without warning, into these internal dialogues, replacing entire paragraphs of the narrative with bursts of visual noise. The effect of these interruptions is startling and oddly euphoric. Rather than representing trauma or its aftermath, they recreate its effects in the viewer, evoking momentary lapses of reason in a way that conventional visual and written language can’t really touch. 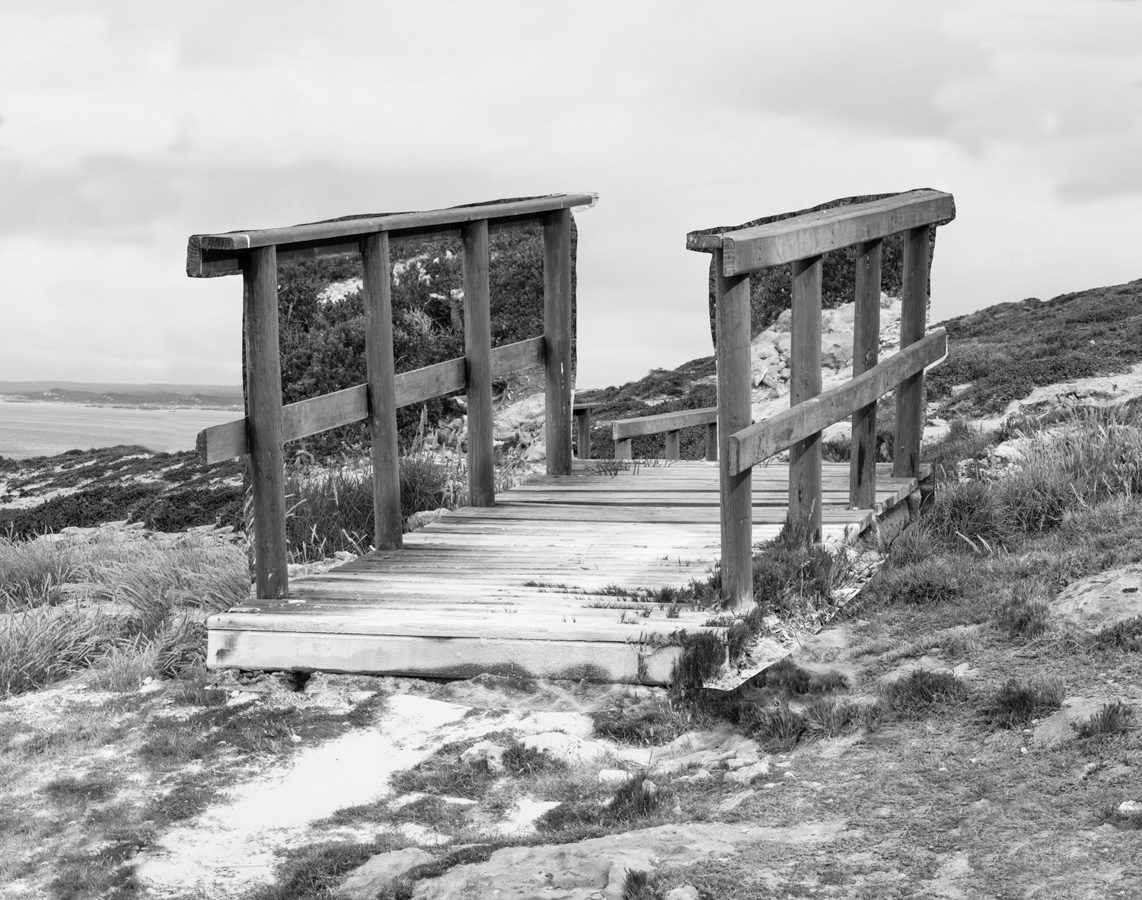 Nico Krijno’s photographs – a selection of which are featured in his recent book, How to Leave Your Body Behind – walk a similarly disorienting line between narrative and abstraction. They unbalance the eye, drawing it into the depths of the image only to confront it with ambiguous objects and forms that don’t seem to belong there. Some of the things in Krijno’s images are recognisable – landscapes, vegetation, wire and string, masks and bodies, textiles and broken furniture. Others are not – curious Escherian structures; shimmering Op Art-esque surfaces; distorted, multiplied and rescaled objects. Am I looking at two dimensions or three? Do these strange constructions and inside-out spaces exist in the real world or are they illusions created by the photographic process? You never really know. 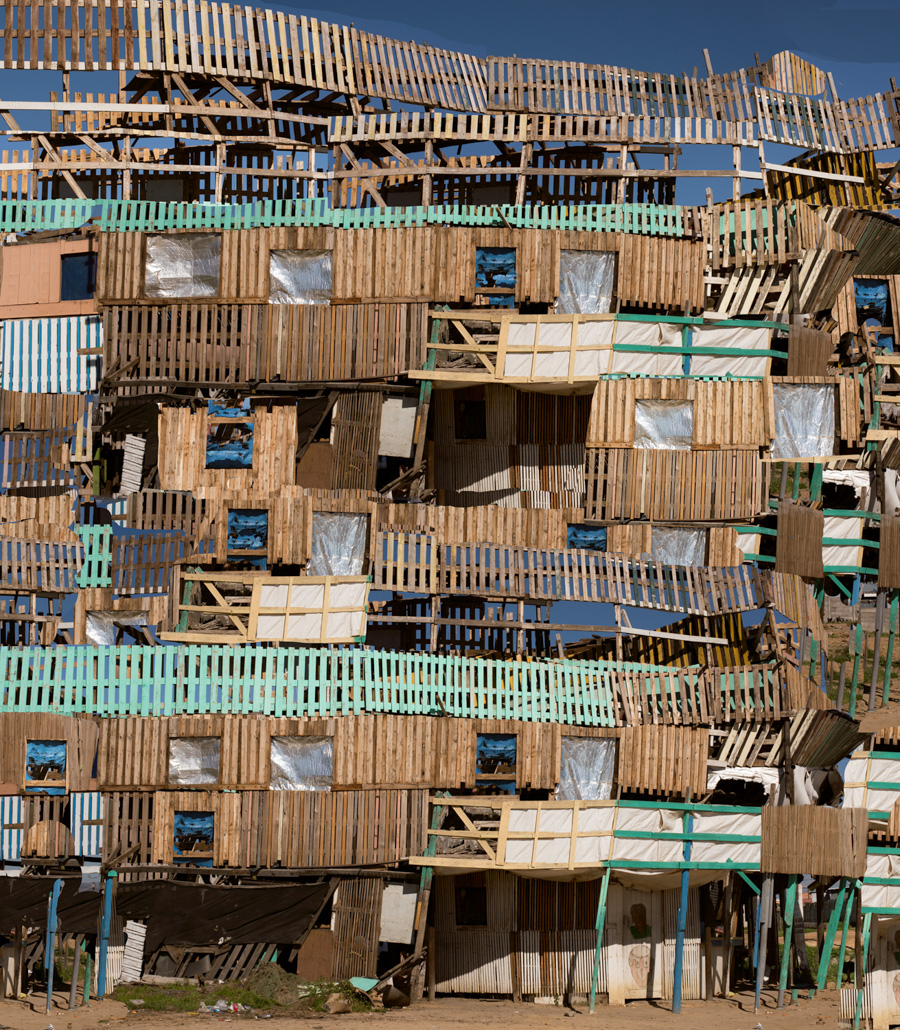 “Krijno’s images are threaded through with references to South Africa’s colonial history and its fragile post-apartheid democracy.” 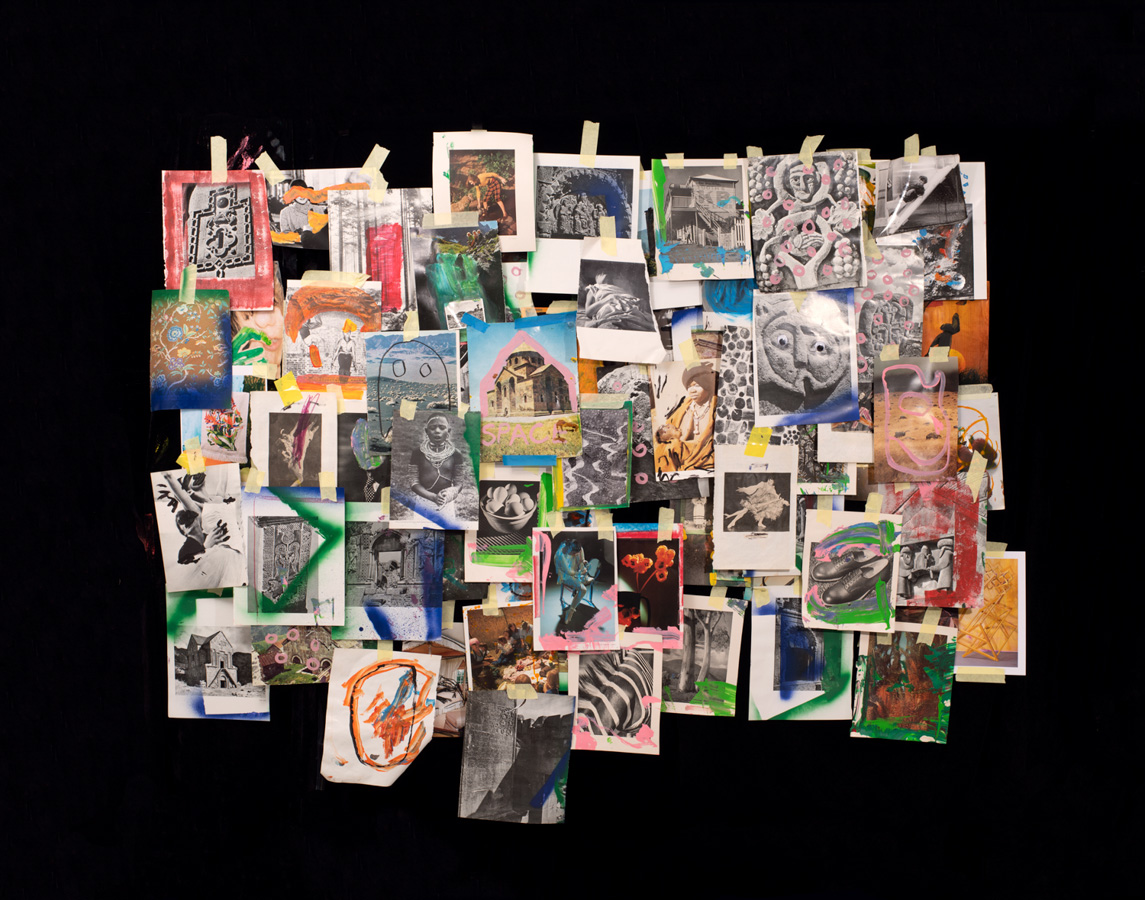 The source of this visual vertigo is the landscape in which Krijno lives and works: South Africa’s Western Cape, a wildly abundant semi-Mediterranean ecosystem of folded standstone mountains, ravines, plateaus, grasslands and scrub. It’s a raw and sometimes dangerous landscape, exploding with life, home to thousands of plant and animal species – ‘a sensory overload and a cacophonous on-edge experience,’ as he describes it. It’s also deeply scarred by the legacies of colonialism and slavery: twenty-five years after the end of apartheid, affluent suburbs are still overlooked by informal settlements without running water or electricity. There’s endemic corruption, widespread poverty and unemployment, as well as systematic racial discrimination, and the worst economic inequality in the world. ‘There’s chaos in the landscape, in the systems [but] also a beautiful and resilient wildness to the people living here’, Krijno remarks. 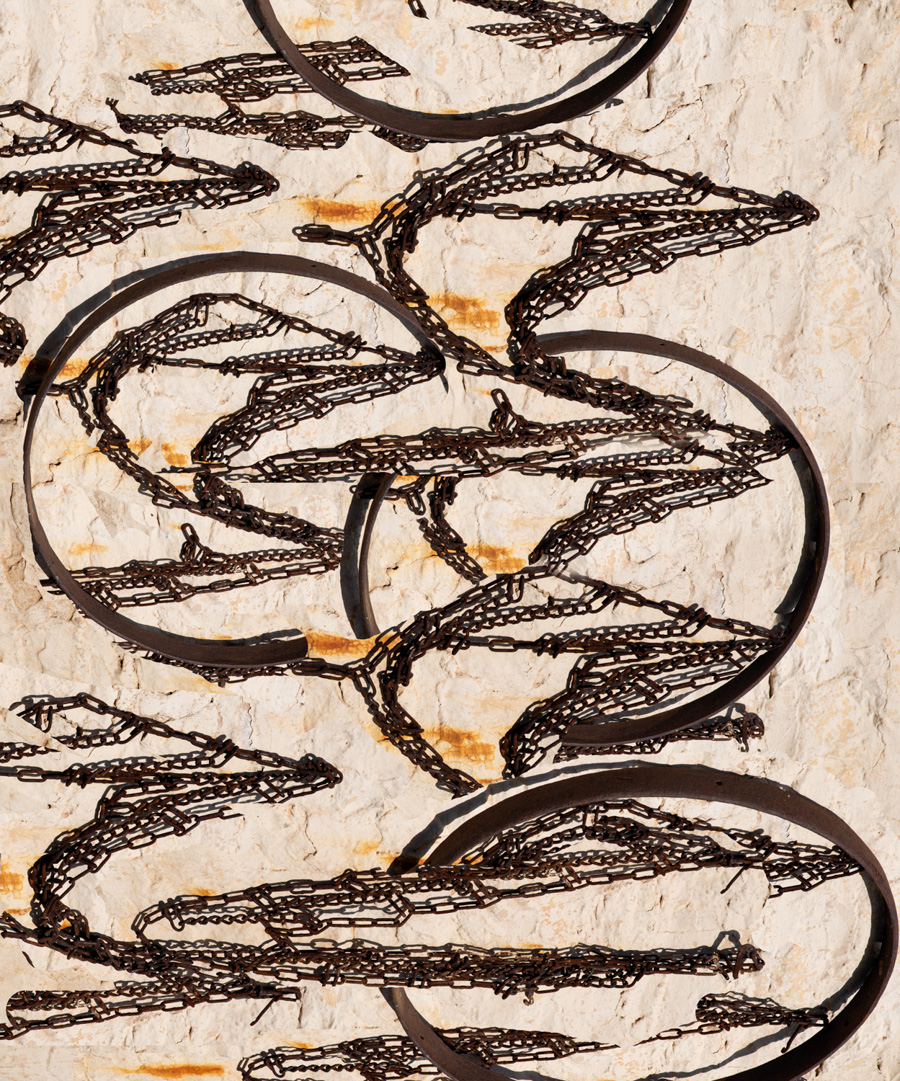 Krijno creates spontaneous sculptures and performances in this landscape. Sometimes he brings back found objects to his studio and builds new worlds there. He uses simple materials – brightly-coloured paint and plasticine, paper and cardboard, scraps of fabric, rock and wood – to create structures that have the reckless, smashed-together appeal of children’s artworks. These temporary constructions are then photographed; subsequent alterations to the images in postproduction compound their strangeness. 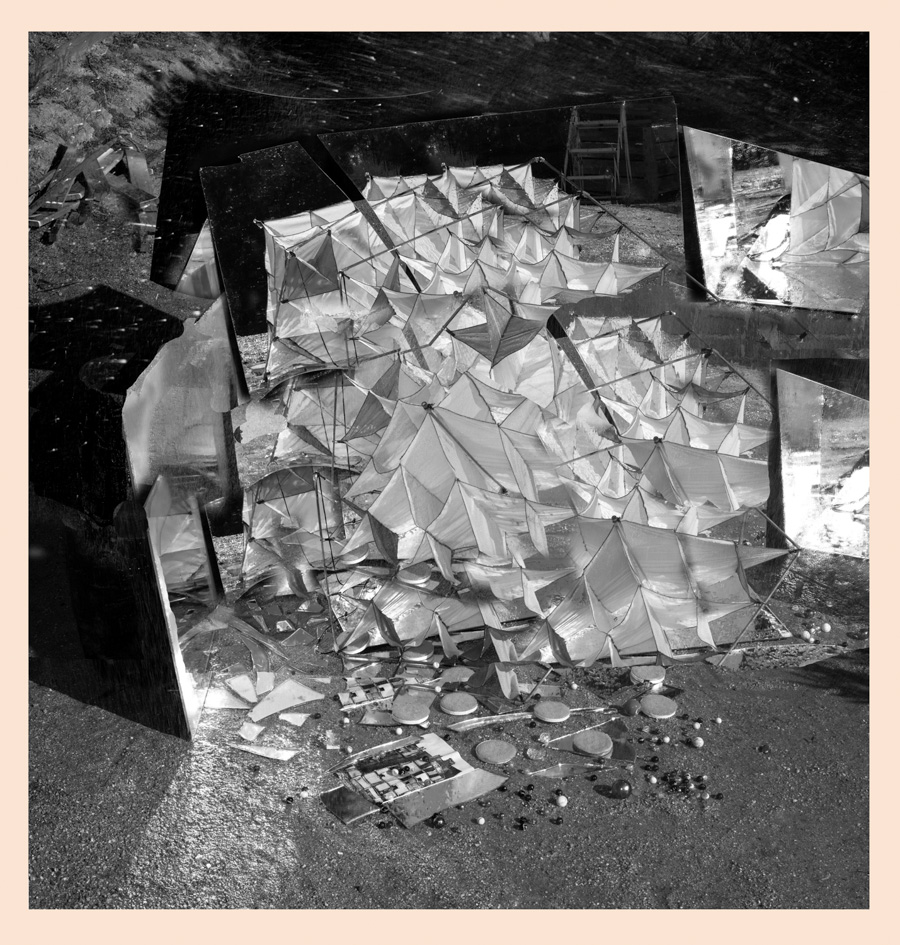 Reviews of Krijno’s practice typically home in on its playfulness, and on the way that the work crosses back and forth between the boundaries of photography and sculpture. Both accounts are more or less correct, but neither does justice to the sensation of fracturing and disruption – easy to overlook but impossible to ignore once you spot it – that permeates the work. Krijno’s images are threaded through with references to South Africa’s colonial history and its fragile post-apartheid democracy: Classical busts remade into amorphous brightly-coloured sculptures; traditional art and craft interleaved with natural forms, Western cultural artefacts and the stateless ubiquity of plastic; precarious structures of wood and metal, suggesting the shanty towns that spread over the landscape. Other, less easily identifiable materials are cut and spliced, melted and folded, reconstituted and blown apart. “Fracturing, violence, and disruption are all very much part of the South African collective identity/psyche,” Krijno remarks. None of this is explicitly shown in his images – instead, it’s built into them, part of their substance. 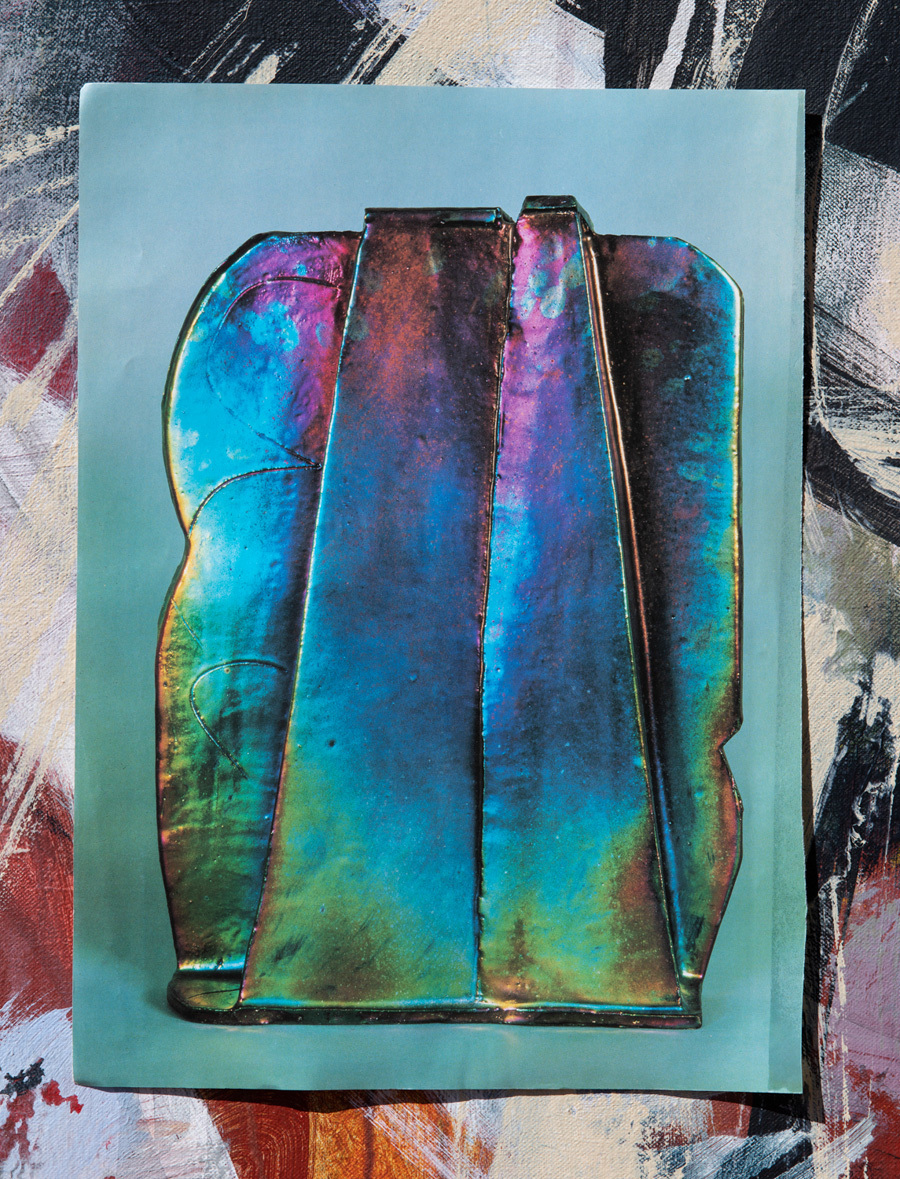 “Carnivalesque play is neither childlike nor innocent – it’s a release of transgressive energy, a temporary disruption of authority and an inversion of normal social hierarchies.” 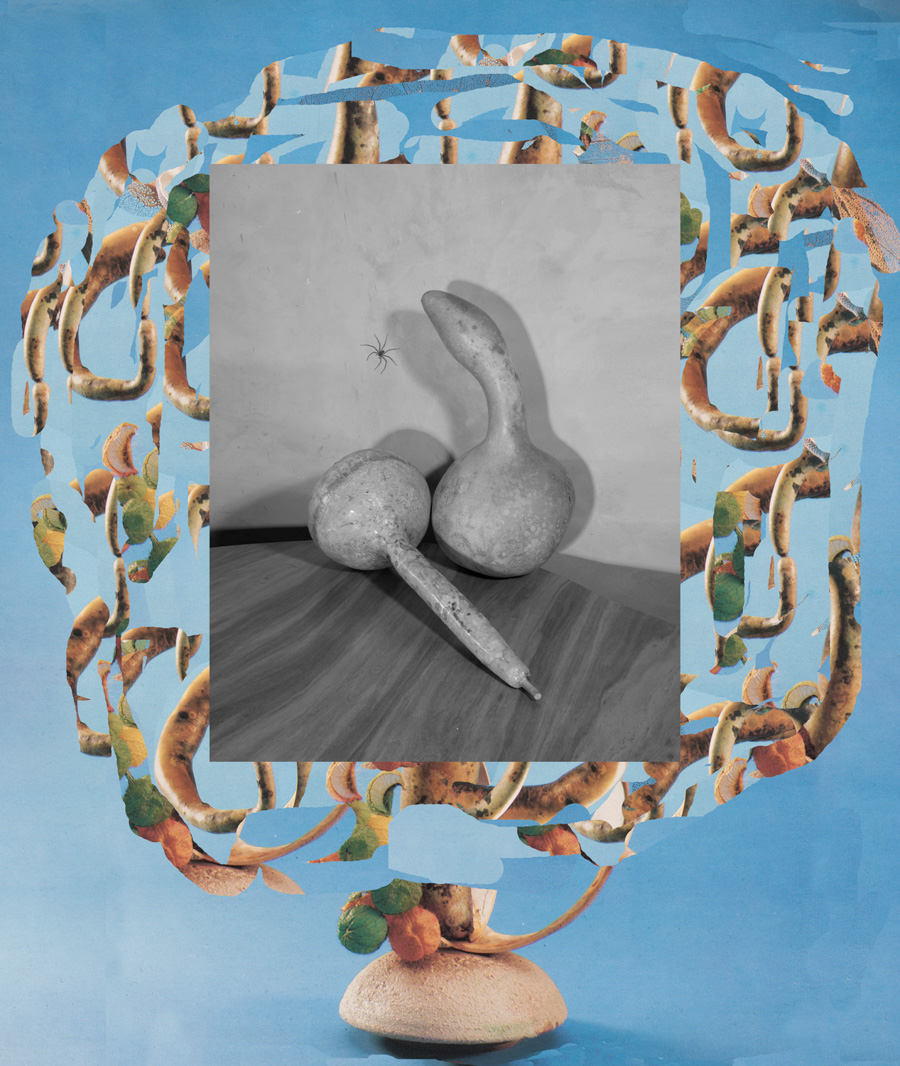 It’s also tempting to slot Krijno’s work into the same category as the sort of process-based abstractions produced by photographic artists like Daisuke Yokota, Ellen Carey, or Wolfgang Tillmans. But it makes more sense, I think, to set in the context of post-documentary projects like Sohrab Hura’s 2019 photobook The Coast, or Joshua Oppenheimer’s 2012 film The Act of Killing – work that both mitigates and multiplies the horror of violence by re-enacting it in, and as, various forms of play. The bloody performances that Oppenheimer and Hura coax from their subjects are carnivalesque – a term coined by Russian philosopher Mikhail Bakhtin to describe subversive political critique disguised as play. As a form of protest, the carnivalesque doesn’t confront power directly, but sidesteps it and multiplies its absurdity through mockery, satire, and grotesque mimicry. Krijno’s images also work along these lines, “creating contact and exchange, but also … changing and destabilising the meaning and narrative of these totemic cultural, post-colonial artefacts through (re)presentation.” Carnivalesque play is neither childlike nor innocent – it’s a release of transgressive energy, a temporary disruption of authority and an inversion of normal social hierarchies. 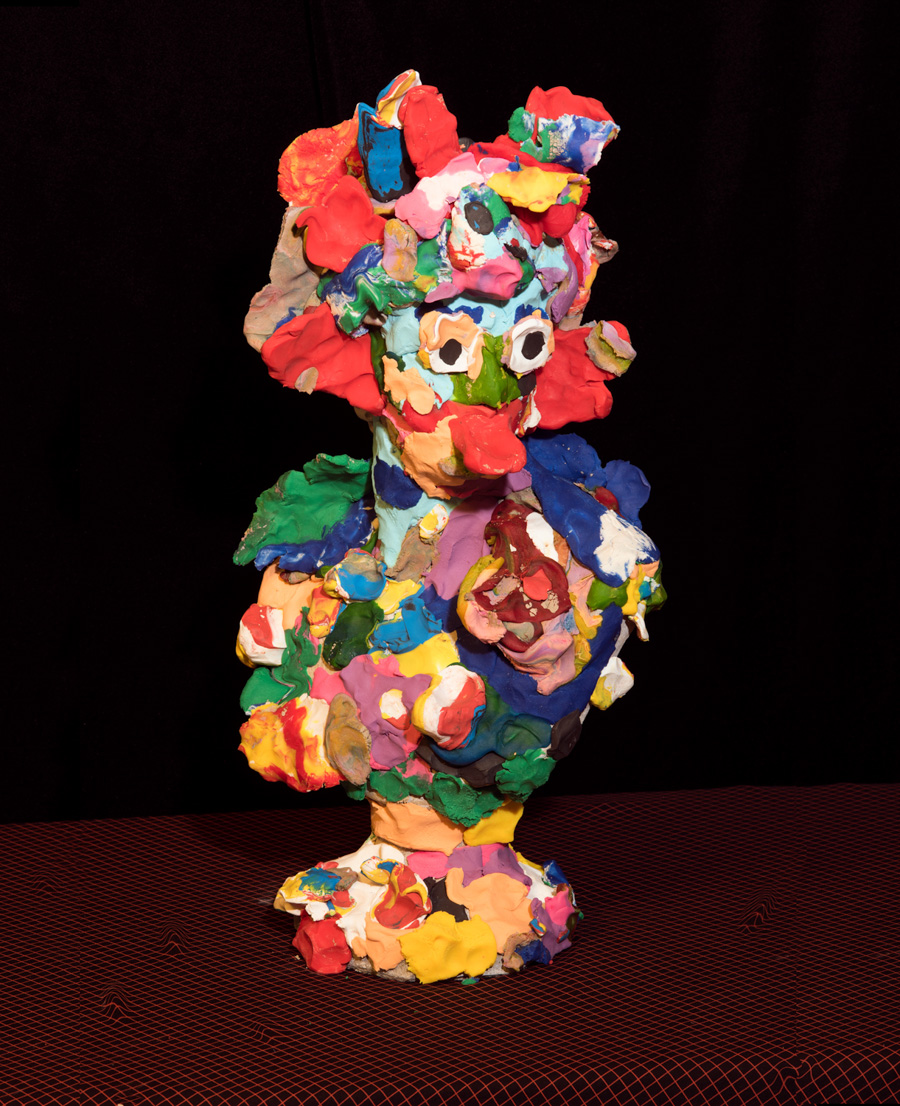 Krijno occupies a relatively privileged position in the disordered topography that is South Africa’s political landscape. This doesn’t make it any easier to describe, however – there’s no stepping back from the chaos, no objective reality for the camera to reveal, only a shifting pattern of lived tensions and uncertainties. Raymond Williams used the term ‘structures of feeling’ to describe the contingencies and excesses of lived experience that exist at the edges of language. Such excesses aren’t often seen as explicitly political, but they function as practical, grassroots forms of political consciousness and social agency. For many of South Africa’s population, the decentering and destabilising operations of power embedded in the everyday are the only form of agency they have. These unfixed, carnivalesque ways of knowing lie at the core of Krijno’s practice, resisting logical or rational interpretation in the same way that the place itself does.

How to Leave Your Body Behind