History generally presents itself to the future in visual terms that signify the distance between the two points of time from its creation and its re-purposing and its re-examination. The fallacy in photographic terms of historical representation and its distribution of intent are intertwined between reason and audience over the passing of linear and political time. Time and the changes that govern its passing, in ideological order or other affect the way in which we unpack or re-evaluate the historical image.

“Time and the changes that govern its passing, in ideological order or other affect the way in which we unpack or re-evaluate the historical image”. 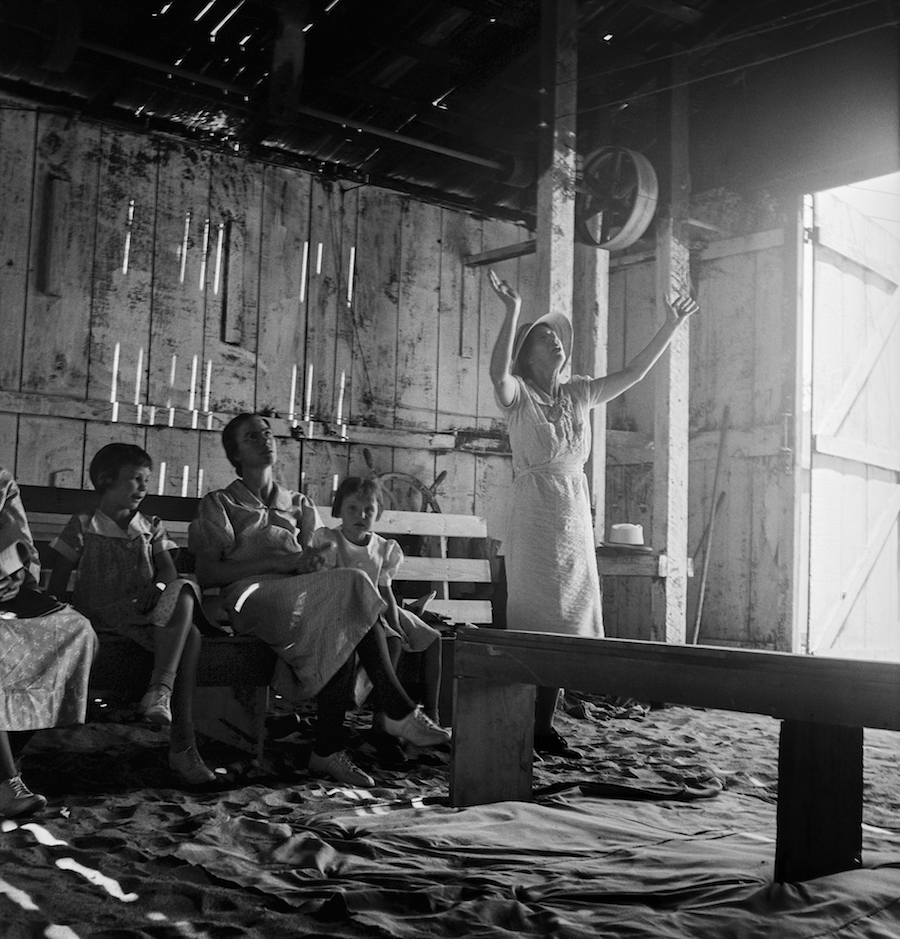 In the case of contemporary archival work, what artists, researchers and archivists represent to works created in the past is an update on their form and potential. Politics shift, collide and can be challenged by the re-use and re-combination of images from their original context by placing them in a present tense-a state of deliberation in which their continuity can be challenged or considered as a symbolic metaphor for the re-distribution in the weave of current affairs.

This exchange of metaphor can be achieved by editing, re-titling or by considering a new platform for its display. Often, we can consider the images that are re-purposed as propaganda. Propaganda by its very term facilitates a negative connotation when perhaps it should not. Propaganda is the use of the image as politicized content. Depending on how we receive the politicized image is how we shall consider its status. The audience itself defines the use of the image, not the distributor its form, though this has always been the suggested case. The audience enables what the author suggests. 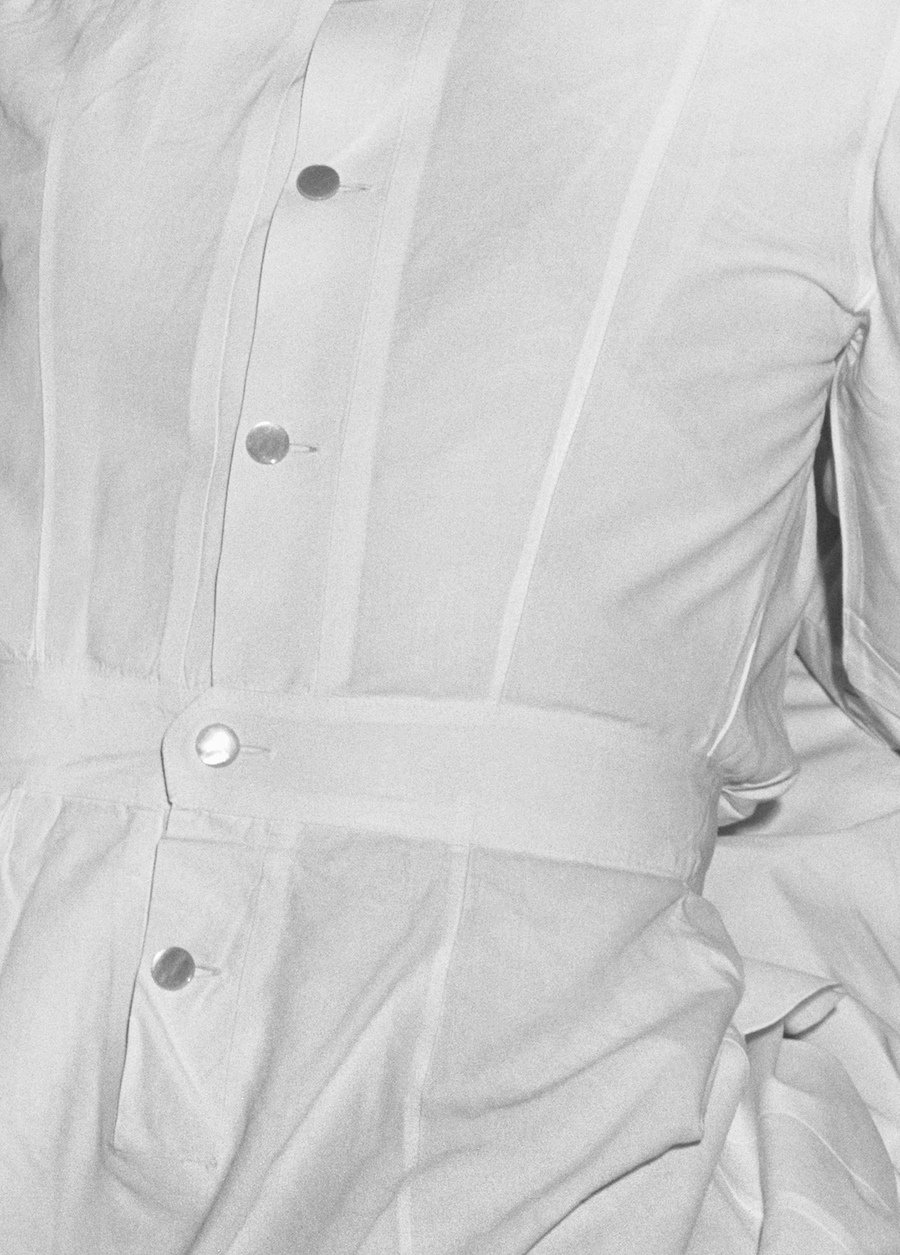 In this consideration also lies a dichotomy that states that although affairs in the present state may vastly differ than matters at heart perhaps one hundred years prior, there is also the importance to register prosperity and progress for what it should not inherently be; namely stasis-oriented. When we re-examine the historical image, we place an importance on measuring the progress of civilization through the changes that we seek to illustrate our present. This is of course built on our understanding of history, but can also be handled with a more ambiguous affair-the look of automobiles and the lack of spray painted graffiti in a city in 1930 can be seen as a product of its time. It can also be seen later (and as propaganda) as both a denominator of petrol economies and urban protest respectively. We look for change in an image to gratify our understanding that we have made progress in the intervening years and this is how we generally wish to view the paradigm of photographic history in particular. But what if not all that much has changed? Are the similarities equally worthy of a consideration of propaganda?

“This is of course built on our understanding of history, but can also be handled with a more ambiguous affair-the look of automobiles and the lack of spray painted graffiti in a city in 1930 can be seen as a product of its time. It can also be seen later (and as propaganda) as both a denominator of petrol economies and urban protest respectively”. 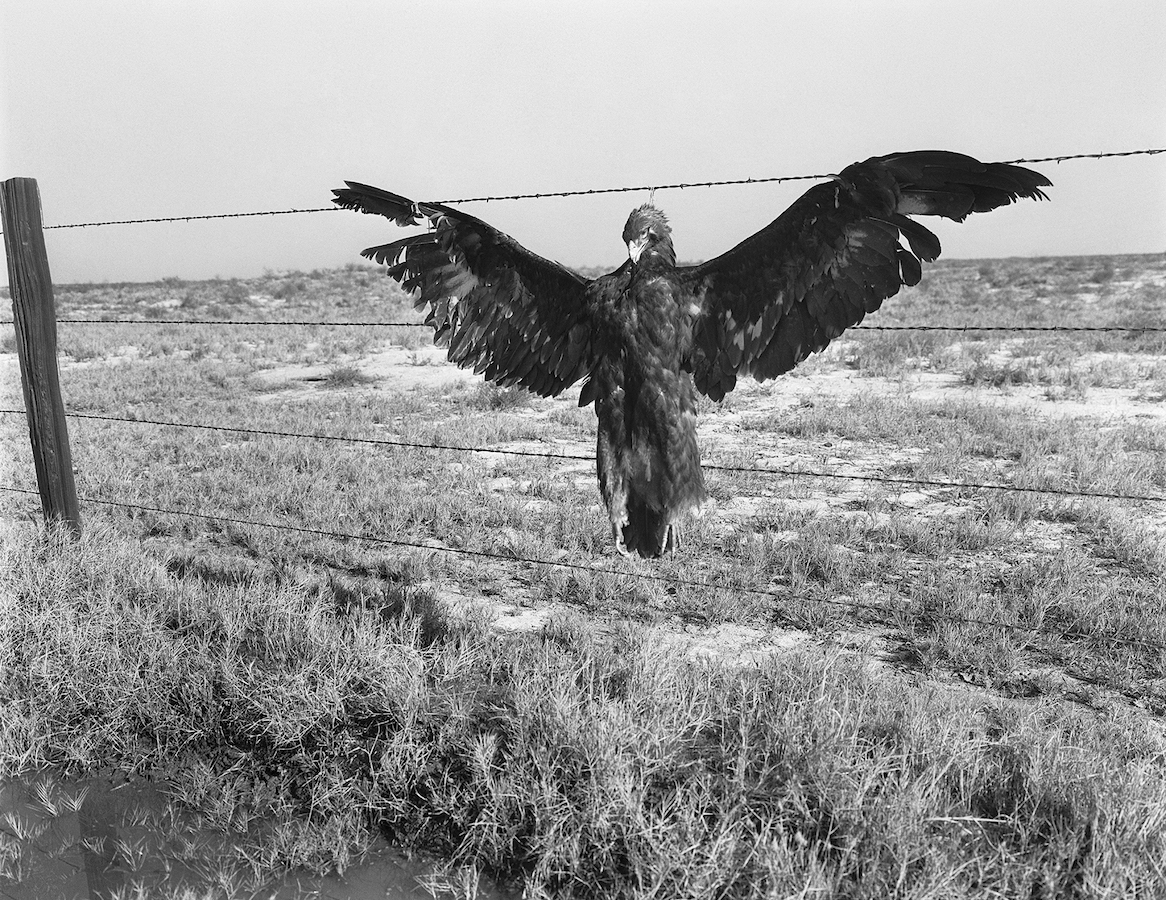 Such is the case of Sam Contis’ Day Sleeper (MACK 2020) a beautiful re-purposing of Dorothea Lange’s unseen archival images that Contis has re-assembled to produce a new form. The obvious first point of discussion regarding works like these is that of consent. What we implicitly acknowledge in this re-purposing is that Contis is posthumously handling the material of a deceased and well-established artist. In doing so, there are certain risks that Contis has also acknowledged.

First, she has taken over the position of authority of distribution and re-purposing of Lange’s work with her own interests and accumulated points of view implicit. Second, in working with such a considerate oeuvre, she has taken on the responsibility to change the political potential of already validated if largely unseen historical images, through the catalyst of Lange’s Depression-era “Day Sleepers”. These Day Sleepers whose closed-eyes and sun-cloaked forms reach beyond the folds of the 1930s challenge us with questions today about poverty, inequality and how the shifting attitudes towards work comply towards a stasis-namely that America itself is tending to show the cracks of its system by the measure of its own new Day Sleepers from the streets of San Francisco to the new skid row of Los Angles. What Contis does in political terms, through the re-examination of Lange’s work from the 1930s is to cast some doubt on the current economic climate of Trump’s America that seems confounded by high employment statistics conflated with re-emerging ghettos and families sleeping rough in their automobiles. 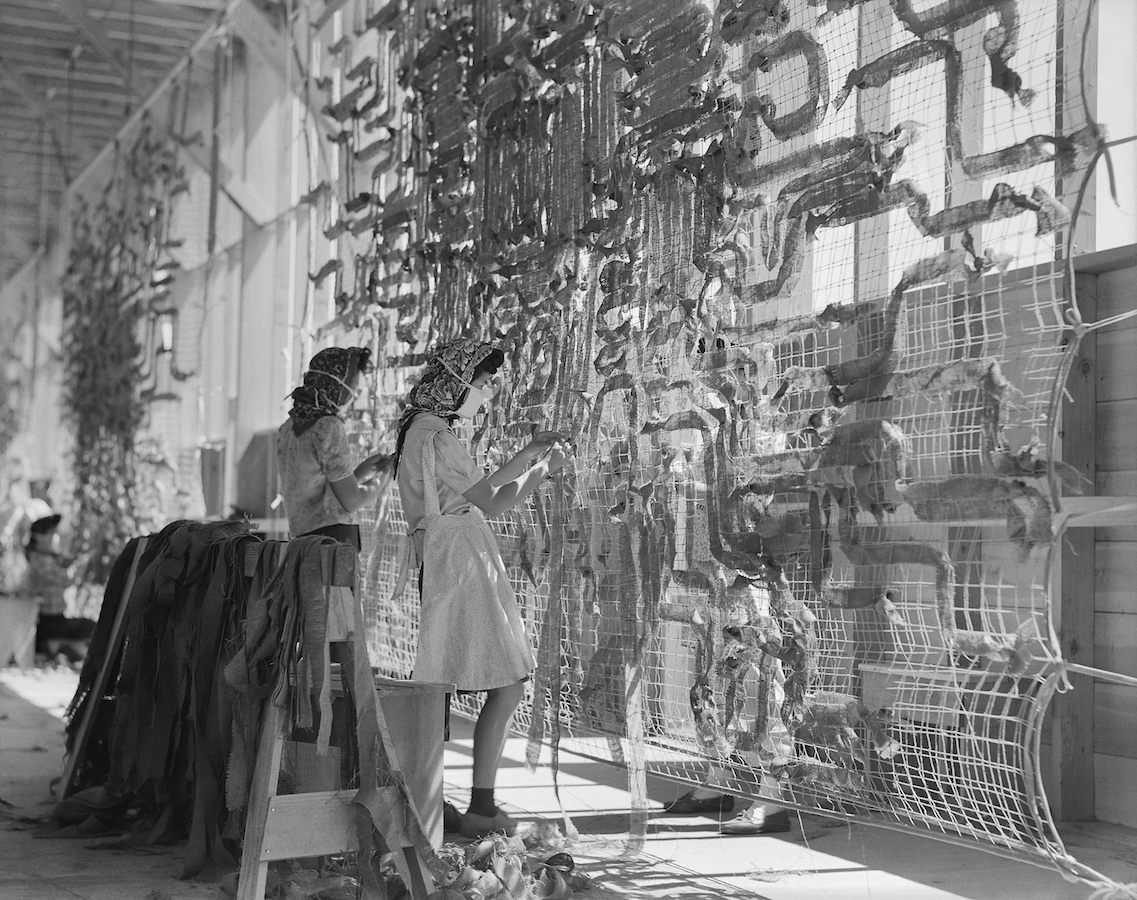 Day Sleeper is a poetic monochrome image of an America in flux today bartered through the eyes of Lange’s 1930s Depression Era work. In this, Contis asks us to bear witness to a new interpretation of not only Lange, but also America itself after nearly one hundred years have passed after the original Farm Securities Administration work was made. In this regard, the work is not simply a soft re-examination of historical time, but rather it is a propagandized position that asks us to consider authorship, race, but also economics and America itself. Again, I allude to propaganda in this sense as positive, but I also believe that my political position as audience comes from a historical knowledge that finds this project relevant to discuss the present tense of America itself. 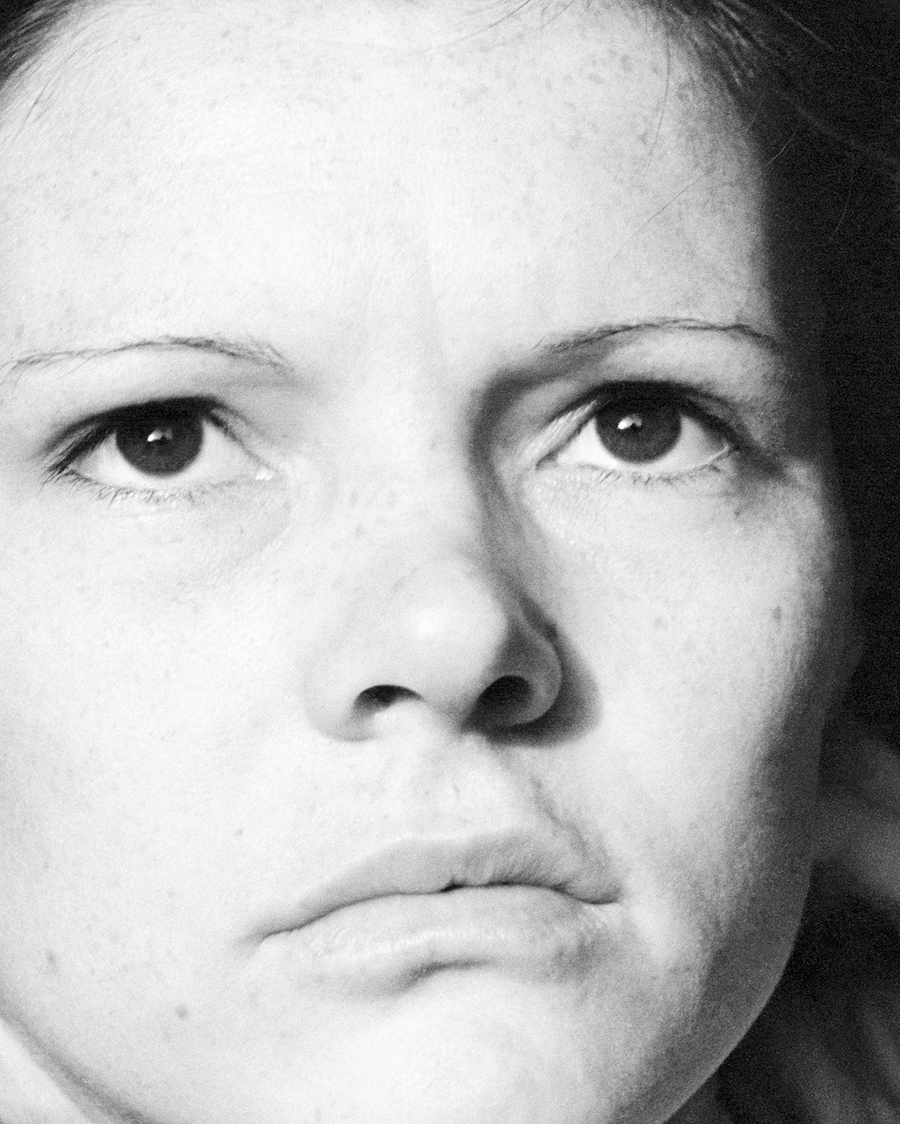 Contis achieves in Day Sleeper an act of idolization, but also uses that very position of new authorship to speak about our current reception of similar attitudes and problems during a time of deep divide. The images are bent towards uplifting and distill the essence of migrant workers, racial division and boom and bust economics through a feeling of inherent closeness and care. The worry and anxiety expressed in Lange’s most notable photograph “Migrant Mother” are here, but they are drawn in tighter and instead of the worry, what we find is society’s ability to withstand difficulty and present itself and each other with less avarice, but more of an understanding. In my estimation one gets closer to human the more one has to share the unbridled largesse of suffering.

In this gift of shared suffering, it is as though you can hear an imagined whisper in the breeze of the orange groves-the voices of history reaching out if not in warning then in consolidation with the present. An exorcism of truly magnificent form beckons. 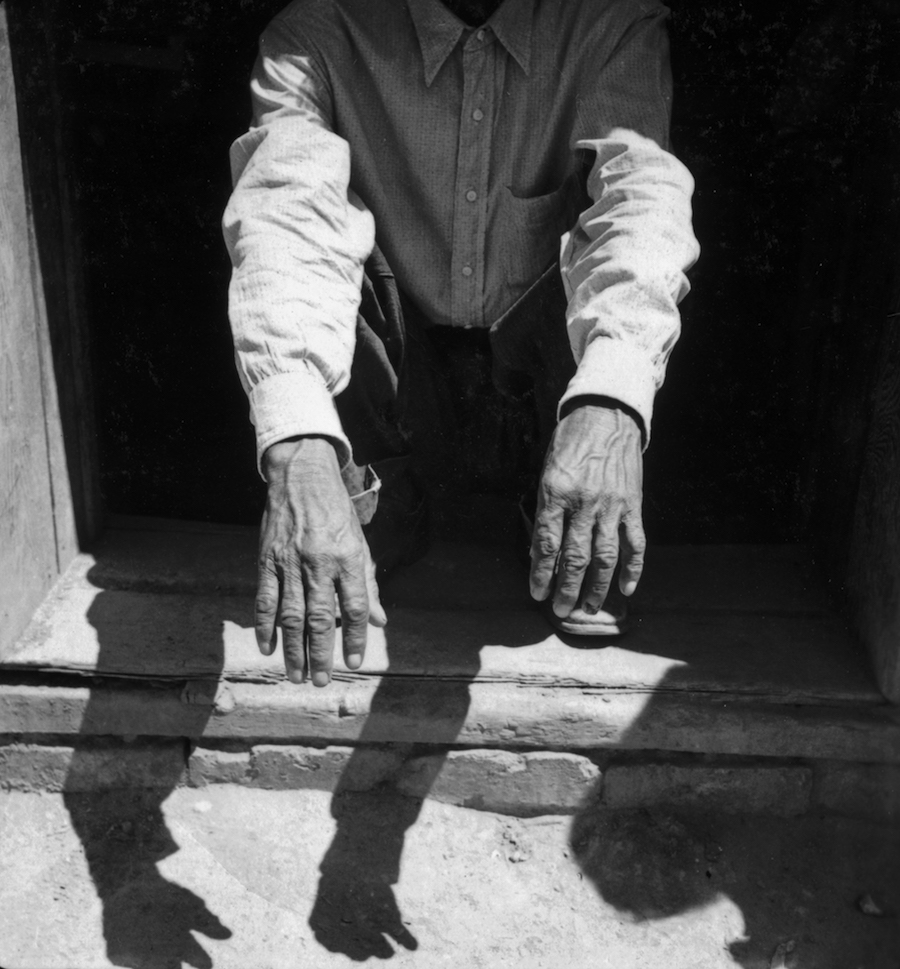