The hunter is not hunting a person, nor an animal. The species of its intent is not pulsating, but rather imagined-it is the photographic. When I blather hot steam, a forceful wind, a speech upon the youth-less cuspids in my mouth of what I portend to mean about the “photographic”, I realize that it is not an object per se like a photograph itself, but rather it is an “image”, which retains photographic detail- a flexible filing system of various desires, pornographies, challenges and memories that are stacked in my brain like an encumbered rolodex waiting for me to thumb through, then thumb them out, if you feel me.

“I realize that it is not an object per se like a photograph itself, but rather it is an “image”, which retains photographic detail- a flexible filing system of various desires, pornographies, challenges and memories…”

Each stacked and staggered image is to a lesser degree a permission to re-enact my desire on it at any given moment in any given place. But does it live? What lines my imagination, what images exist there are mine for any purpose that I decide to place or challenge them with and that is the haunting thing about all of this talk of identity and image isn’t it? Sequestered in the folds of my brain, are at play a complete and searing series of images of people, places and things that I lump together in the most profoundly satanic of affairs. Hyenas border the imagined frames coupled with sleeping children and bot flies, idyllic Sunday gatherings with jack-knifed semi-trucks sliding sideways through the kitchen table while grandma is decapitated greasing the pan with lard. 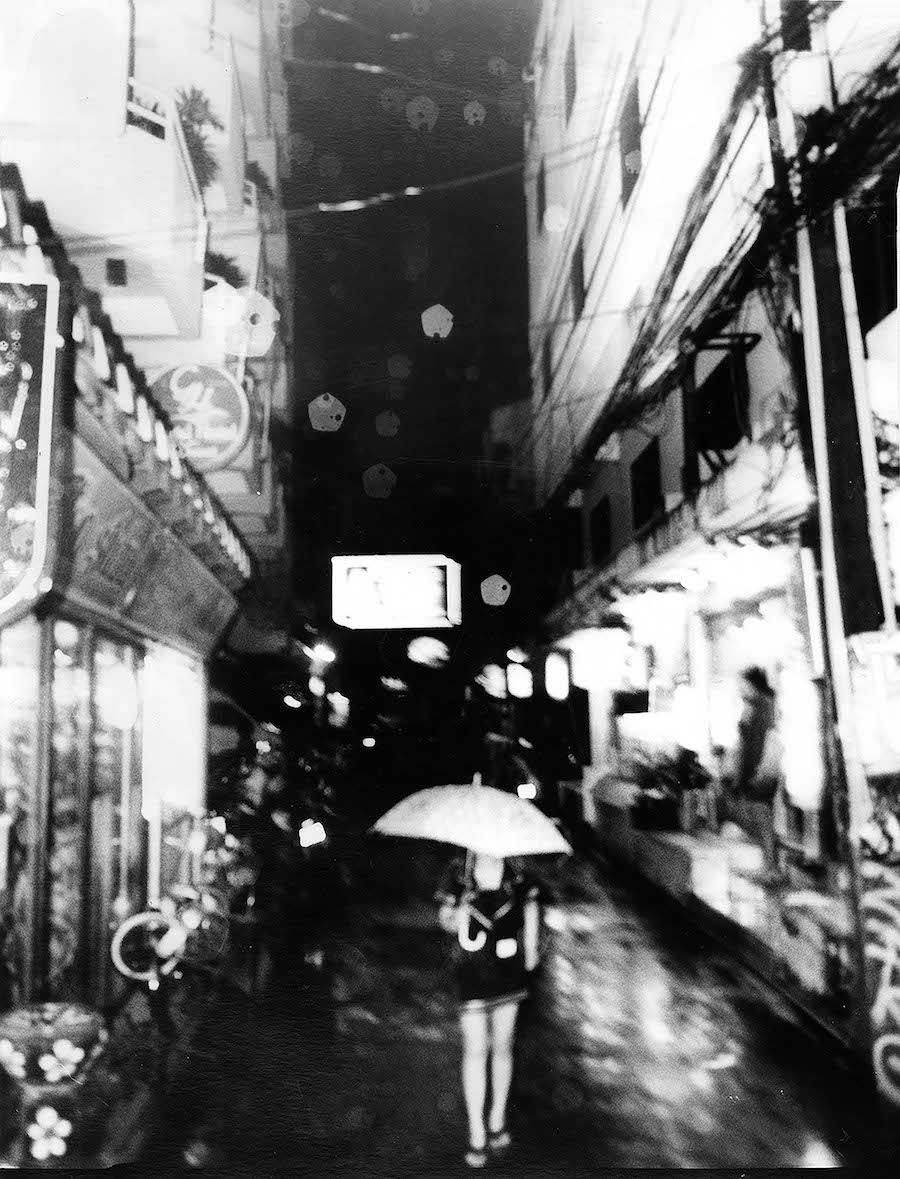 I am unable to think through the catalogue that I have saved in my (hard)drive as passive, or as nurturing, instead it exists in extremity and clouds my memories. It is a corrupt theater. This must be what dementia begins with, a casual stroll through the images that we believe we store in our mind, the familiar and discreet are crumpled up like shit-stained underwear at the bottom of the clothing basket, unmoored towards a complete wash of reason to hide and to distort what lies around it, images perhaps breed unhealthy positions. Getting locked in that state as the images fold in on themselves must feel like true freedom when we believe that we control their movements and use. When it dawns on our cognizant and slipping reason that we can make them do our will, then the real base of human behavior shows itself aligned to something more sinister. It is non-discriminatory and it is vicious.

Here, the unmistaken rifling of the interior of one’s trousers-keys making scratching sounds against coins in a slow and vertical rubbing motion against the side of a worn bamboo bar in which cocktails with little semi-amusing and potentially harm-worthy umbrellas stick out of the rim of some blue tinted liquid, itself a foul smelling sex-poison bought up to the eye and lips just close enough for the top of the parasol covered in a strange cotton nipple to graze an eyelash or two, if any are left as the menthol mirage slides convincingly down the tar-stained throat, the rubbing pausing only for a moment to belch convincingly and assesses the images passing as people that flutter in and out like pulmonary sacs from the room to the street. 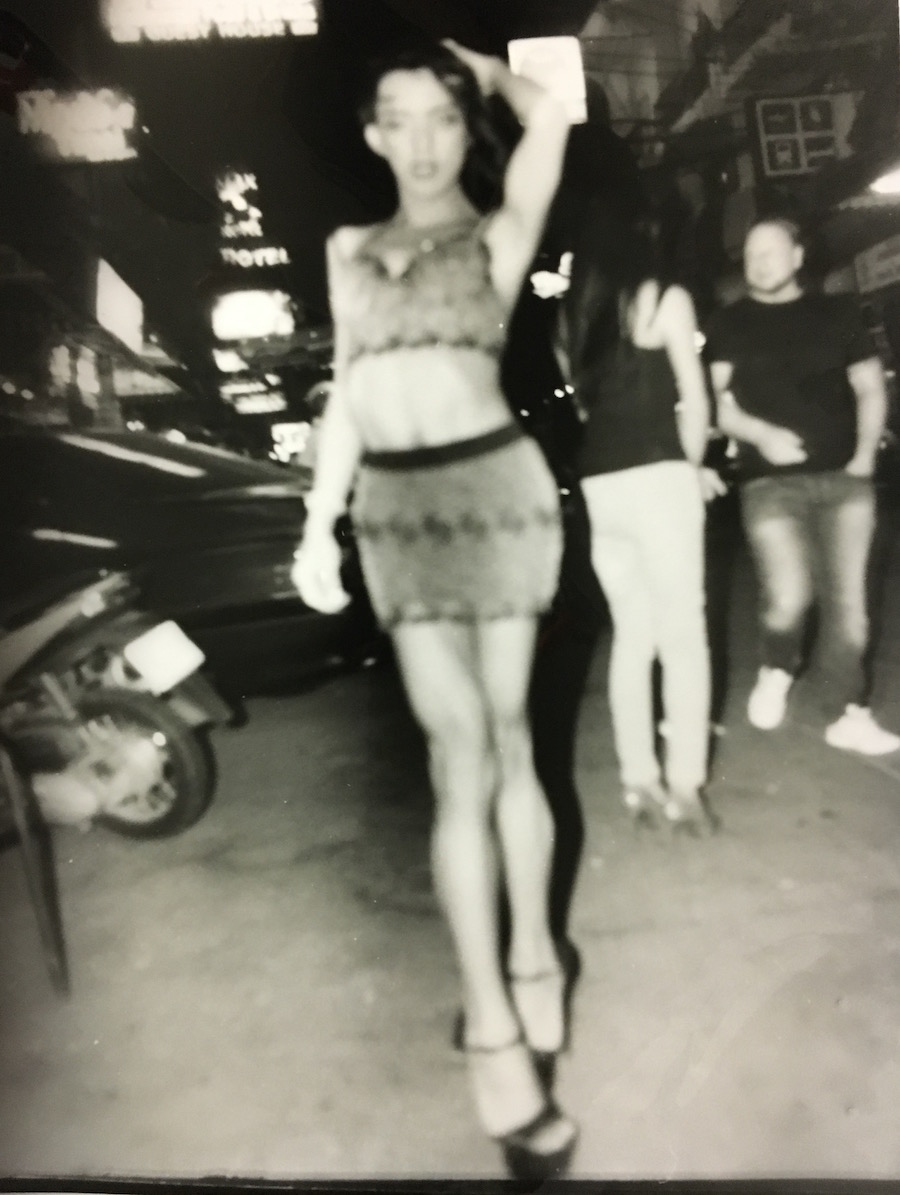 The rifling continues into an exaggerated St. Vitus dance, our collective empathy struggling to the Warholian. No custom without its veneration of seizure will be permitted as the end game oozes like gravy down the suspended sock lying folded and creased around the hairy ankle of the image in this god splintering dive, situated perniciously next to an ATM machine that spews currency like vomit from the lips of an en-fevered infant. “You’re allright, mate”- a slurred and abdicated declaration or a poised and perfidious question can be argued and I cannot tell myself from the image of myself.

Chris Shaw poses several interesting questions in his book The Hunter Gets Captured By The Game (Zen Foto Gallery). Firstly noted, the images are classic Shaw-they exist in the granular and fleeting state. There are drips, solarizations, and chemical “imperfections” which cloak the subjects of cityscapes and lady boys. In choosing this technical element of error, Shaw allows the images to retain something of an otherworldly or chaotic allusion towards the distortion of memory, image and subject matter. He is not looking for representation, but rather he is considering the thin veneer of the world and his proximity to it through the technical medium of photography and its ability to manipulate the viewer through imperfection. These are complicit technicalities within the larger body of Shaw’s more recent works and its function can be seen as heroic in an age where high definition prevails.

“haw allows the images to retain something of an otherworldly or chaotic allusion towards the distortion of memory, image and subject matter. He is not looking for representation, but rather he is considering the thin veneer of the world and his proximity to it…” 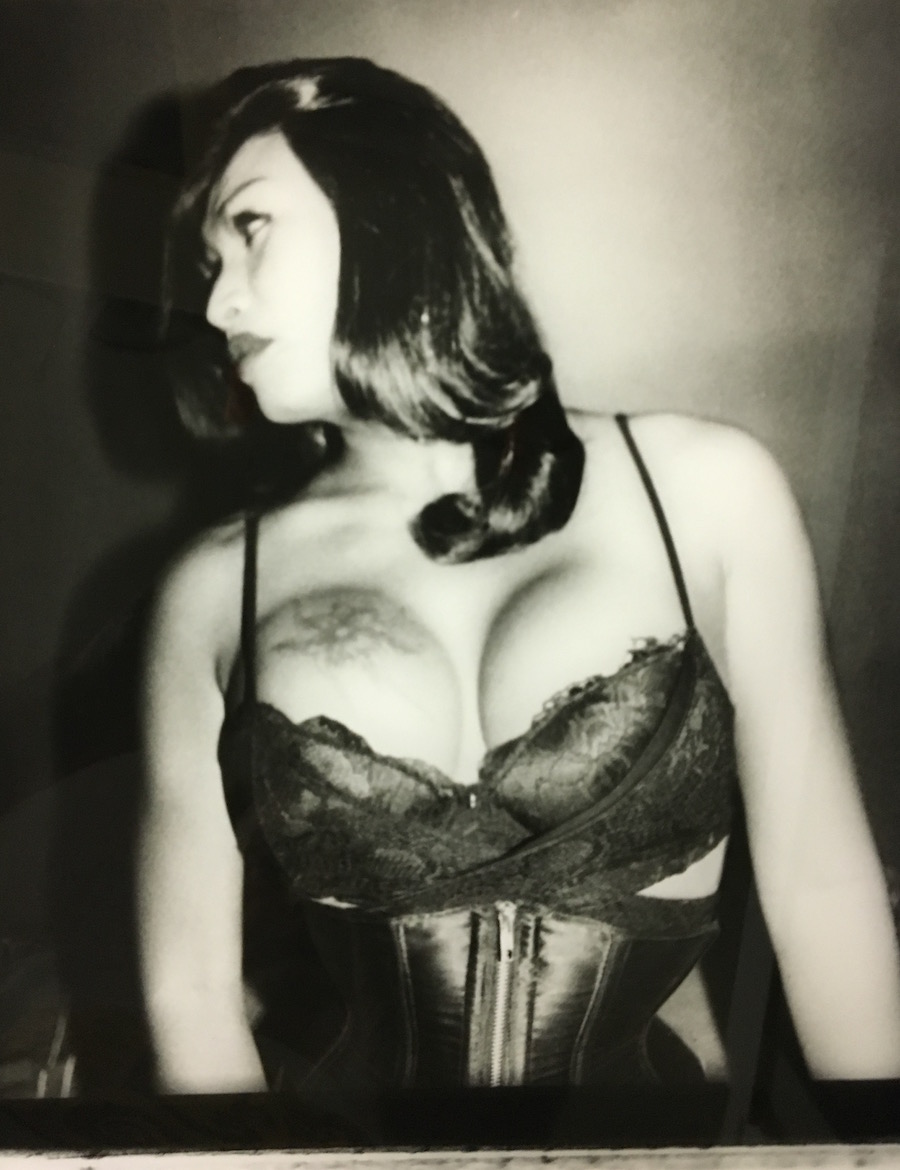 Further, Shaw is asking for us to remove our foreknowledge of the locality that he has historically placed himself in from Wallasee to Soho to Joshua Tree and asks us to consider what his aesthetic qualities would look like transplanted to Pattaya-the stimulus and local custom of which create considerations of how the city itself informs him, not the other way around. This is important if you are familiar with Pattaya, its expat community and the carnival effect of its possibility as theater, sex or other. By allowing the spontaneity and the dense atmosphere to challenge his familiarity by way of frenetic activity, the images take on a cascading form. The photographs feel compressed and bleed into one another. They feel as though they are indexed by the operator who pivots and photographs from something like the position of a carousel spinning out of control. In the cascade of images, you sense an enthusiastic confusion at play which the location and people provide.

Finally, Shaw’s brooding chemical drips betray at its core the fundamental question of collaboration with the subjects within. Given that there is a widely-known and distributed myth of Pattaya as it pertains to sex, particularly to sex and the English, but also to sex and intergender, Shaw is questioning the environment and its challenges to gender within the overall framework of his position as something that he wants to explore, but not define. His writing in the back of the book, clearly points out that this endeavor is about understanding, not documenting.

In his Borroughsian manner, Shaw defines his intent to position himself as captured as subject and in doing so questions how sex work functions in Pattaya in its aggressive simulations and offerings. Given the conscription towards the sex industry that Pattaya claims as its base, travellers are widely seen as an enviable prey. The speculation then is to consider Shaw as subject of the work with his camera and his interests as an inversion to the intention for him to “capture” the people he has photographed. It asks the viewer to consider the collaborative roles of the actors within the frame and it asks them to do so without judgment to Shaw’s position as the maker of the images. It’s a delicate balance, but isn’t everything regarding the use of images and their projected abuse? Beautifully designed and highly recommended! 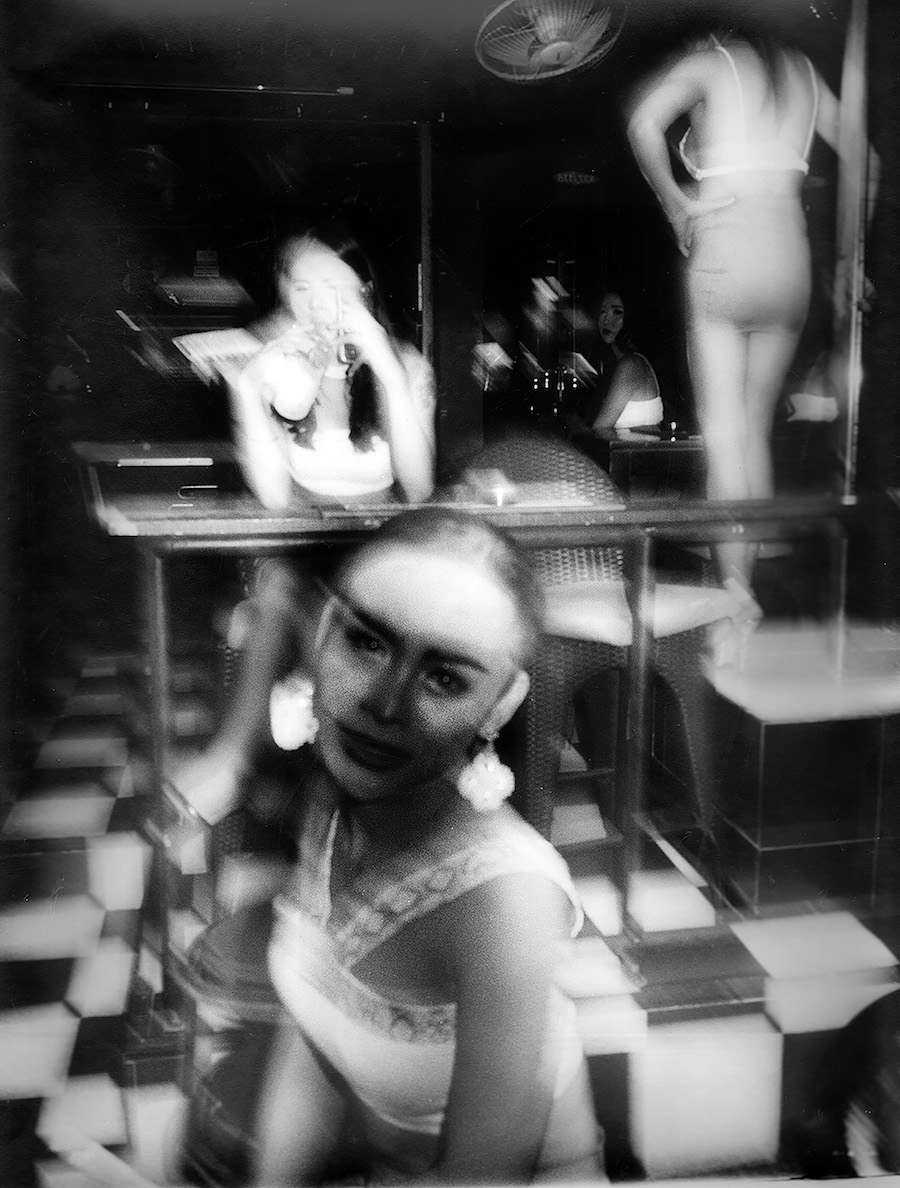 The Hunter Gets Captured By The Game