“So, why do you go to Bangkok if you are under 50, able-dicked and not looking to run an anti-biotics course every Monday morning? You float, you drift and you embed yourself in loose associations that prohibit direct and long-term commitment to form, but rather situate the time spent in a separate category that will challenge your memory to its existence later in life”.

Bangkok has a special visa deal for international retirees over the age of 50. Curiously it is trying to brand itself as a retirement-friendly community from under the morass of its decidedly fragmented appeal. People do not want a retirement community in Bangkok, they want easy sex and to be finished with it and left alone to booze their way through a series of sweaty shirts and future blowjobs conveniently orchestrated within proximity to an atm where their retirement pay dribbles in every four weeks like their incontinent perfumed moments of clarity. I challenge you to find it differently. I literally have no idea what women do there besides perhaps disapprove or watch-pleasure-seekers unlimited. If you find my words coarse, please note that they are only a reflection of your ability to determine the implicit challenge to stereotypes from afar. 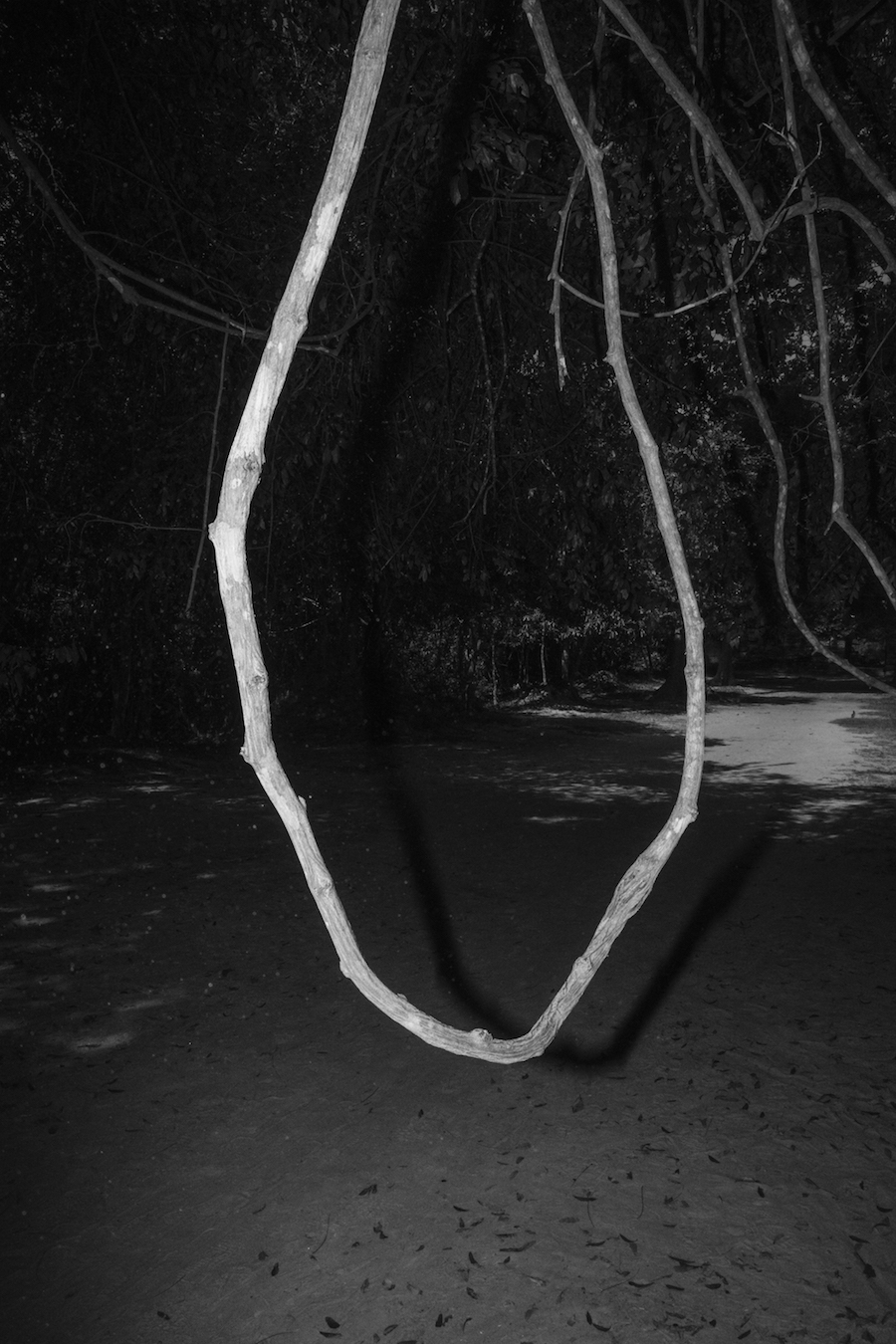 So, why do you go to Bangkok if you are under 50, able-dicked and not looking to run an anti-biotics course every Monday morning? You float, you drift and you embed yourself in loose associations that prohibit direct and long-term commitment to form, but rather situate the time spent in a separate category that will challenge your memory to its existence later in life. Did that happen? Haze. Blur. Berlin is similar, but colder and with nihilistic appetites that are categorized less on sex, but more on collision and anonymity. There is a tropical flavor, but the dark rooms from which they operate they are less concerned with sweaty shirts and more concerned with the sweat of the mount, like a enforced sermon, yes? You are probably less concerned about catholocism at this point, opting instead to return to the discussion of exorcism and inconvenient rationalization of said stereotyping.

Benjamin Pfau’s Isthmus is not necessarily a study of Bangkok itself, but it was made there. The overwhelming feeling about the book itself is that it could have been made anywhere as it is a direct projection of the artists himself or rather his state of mind. The images oscillate between the mantras of documentary practice and artistic preening, but are fragmented and one senses the unerring and perhaps more presciently, unnerving condition in which the photographs manifest Pfau’s clear dislocation to self, but also his environment. This is not to suggest that they are insensitive, cold or dis-passionate, but rather that each searing photograph functions on its own accord which leads the decay of potential seriality between the images themselves. Jagged is not necessarily unwanted. What strings these photographs together is the ode to nocturnal pandering that one suspects is part of the fabric of youthful stays in Bangkok. Pfau himself is relatively young and the aversion towards sunlight is likely as much a concern of that as it is to the disinterest in the operations of a Bangkok daytime subject matter where the actual retirees creep out of their 6 am slumber and head to the beach to exercise then gorge themselves on topaz colored drinks and talk about Brexit or Trump while reading the FT or economist that has been delivered to their doors. 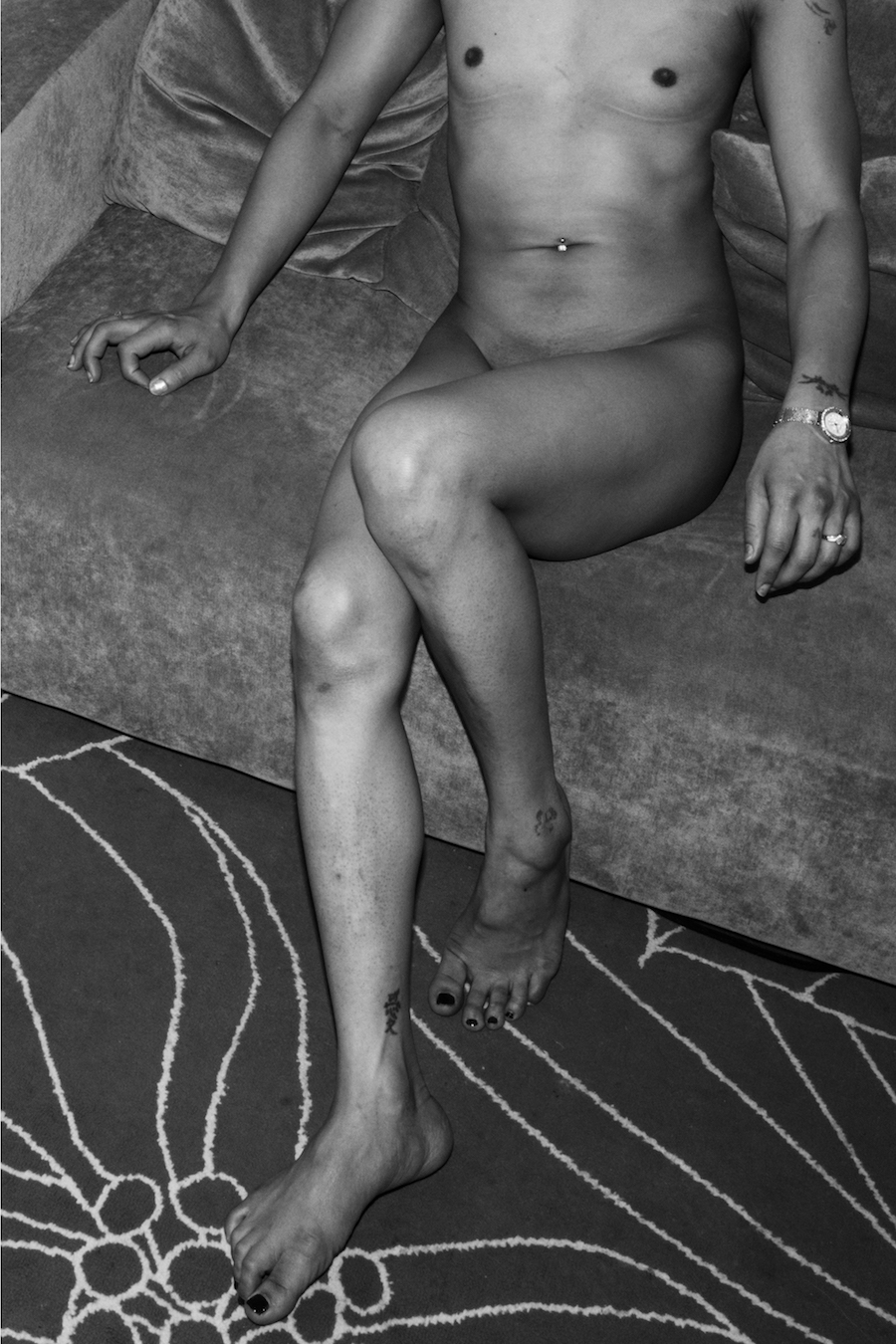 The work, in as much as the images strongly function on their own accord, does allude to some cohesion in its formal arrangement over the course of the book. Throughout, though it does not seem to be clear as to why, images of orbs, particularly ocular–shaped orbs become part of the weave. Of course, pictures of eyes in a photobook is not such a surprising tactic, but instead there are analogous forms in Pfau’s book that suggest a distrust of their function at worst or comment on their intrusive qualities at best. There are diseased eyes, tattooed eyeballs, tattooed eyes on hands and a gloating disco ball in unreasonable and treacherous shape, which is as if to indicate that it is a real “survivor” and it is followed shortly in sequence thereafter by a cemented glowing white garden orb, which feels like it might crack open to reveal something sinuous and reptilian at any given moment. 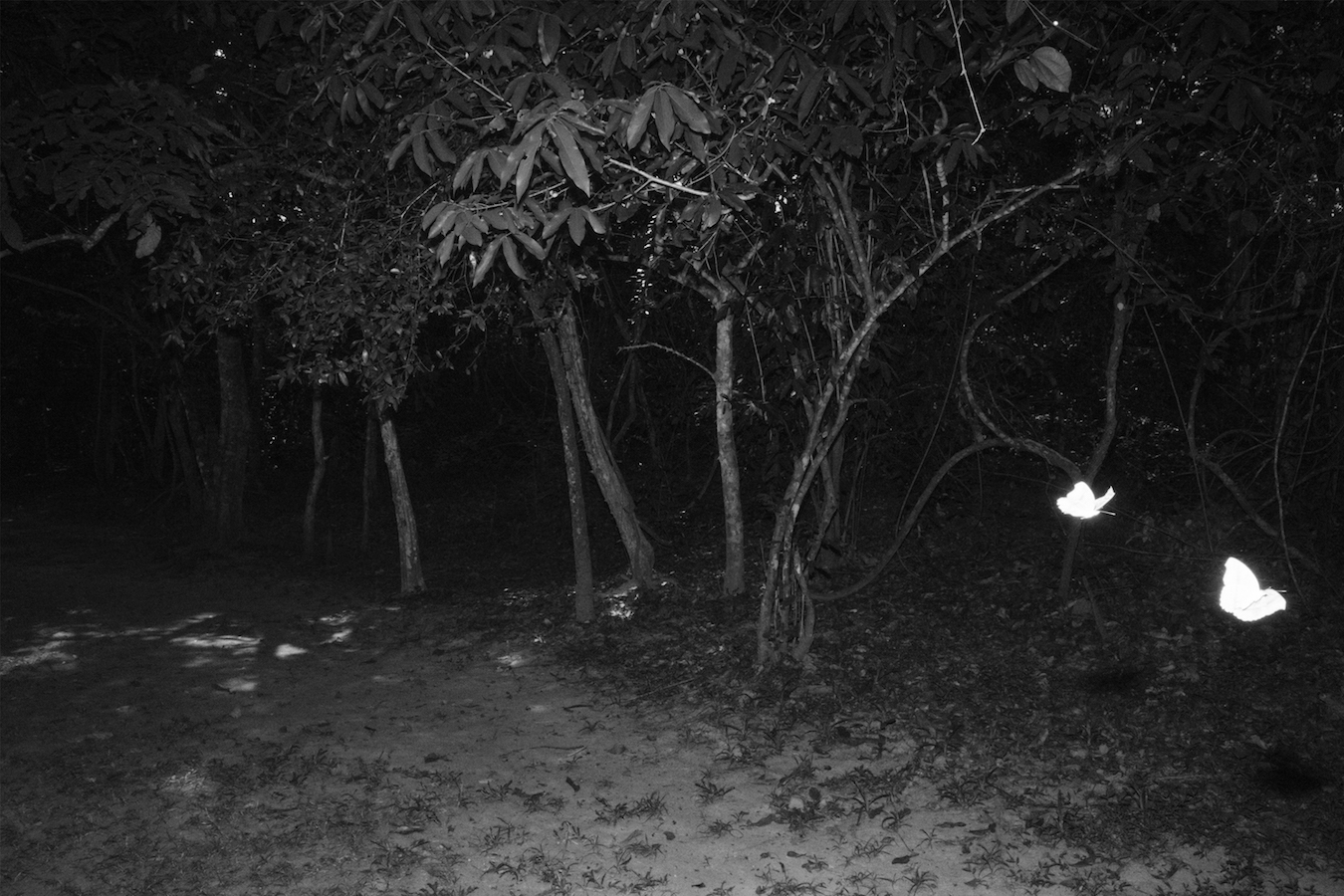 There are also further images of cloaked and veiled forms which lend a sincerity about how we veil and view subjects. There are also nods to the romanticism at the heart of Pfau himself with attention given to plastic flowers, families and friends in various states of undress levitating in smiles. This is also part of the internal arrangement of care within Pfau from behind the camera -it is the dichotomy of presentation that respects despair, but only out of being challenged to co-operate with humanity and a genuine need to do so, does he pay interest to people.

It is the author’s first book and it feels like it will form the basis of everything that comes after. I think given a more cohesive narrative structure, the fragmented images, if operating under a more direct theme, in his next book may make a stellar project. When confidence presents itself to Pfau, the results have the potential to be illuminating and could potentially condition themselves to a great contribution to the book as a form as opposed to images assembled by piece for the gravitas of a book. Again, disparate is encouraged, but now I wish to see what comes next perhaps with a book in mind before shooting. Recommended. 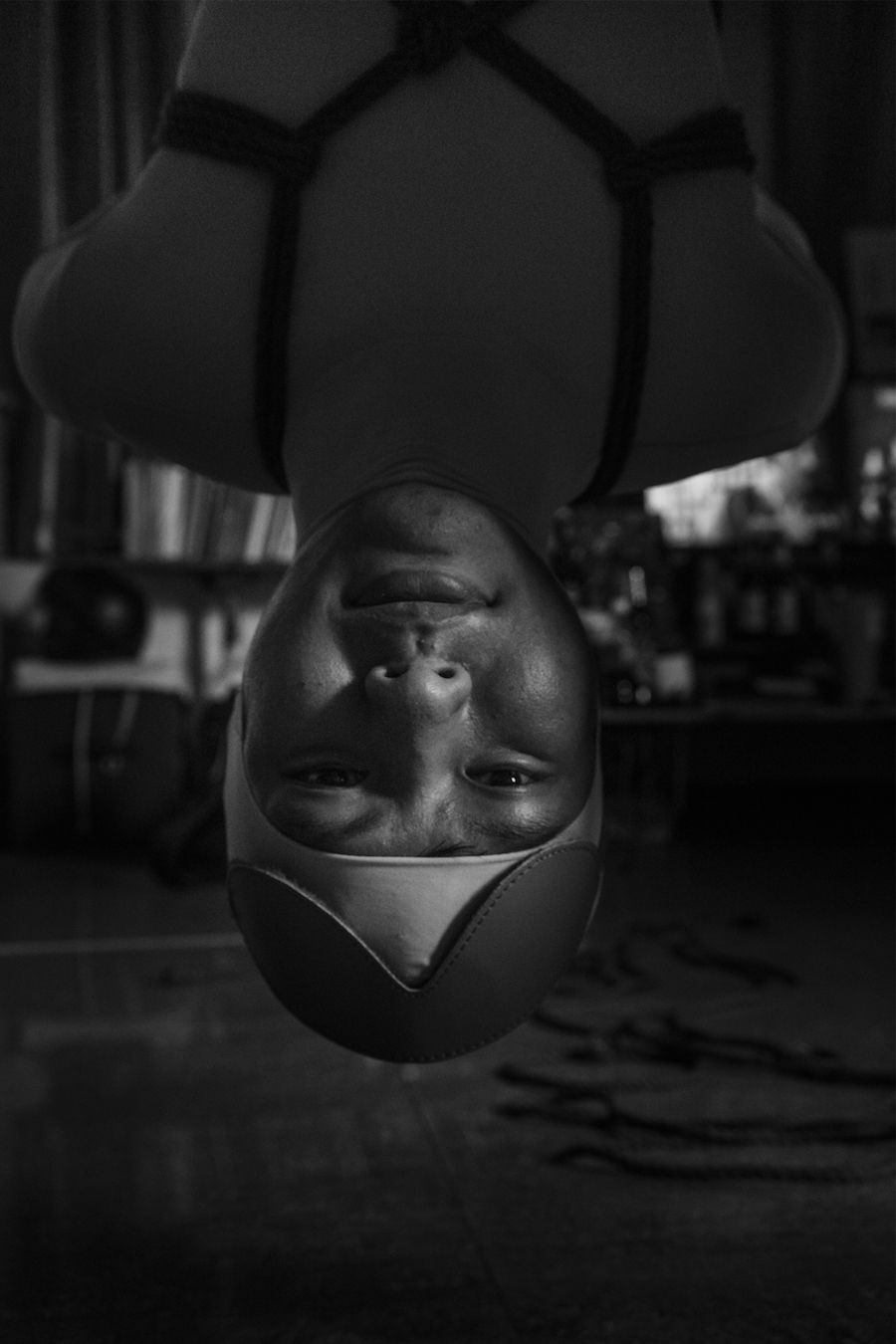 If you are in Buenos Aires, Argentina, Benjamin has an exhibition of the work at Club Lucero.

Editorial Note: Benjamin Pfau took part in the American Suburb X and VOID Laboratory/workshop with Todd Hido in November 2019. The artist already had the book in production, but the familiarity found in the last part of my critique of the work bears all of the hallmarks of having spent time with the artists going over the work. Knowing the artist, his aims, and struggles with the work makes writing a critique slightly more difficult, but reason stands that this is largely due to being unable to remain 100% partial. Void also worked on an early version of this book with Benjamin at ISSP, which is important to also note. 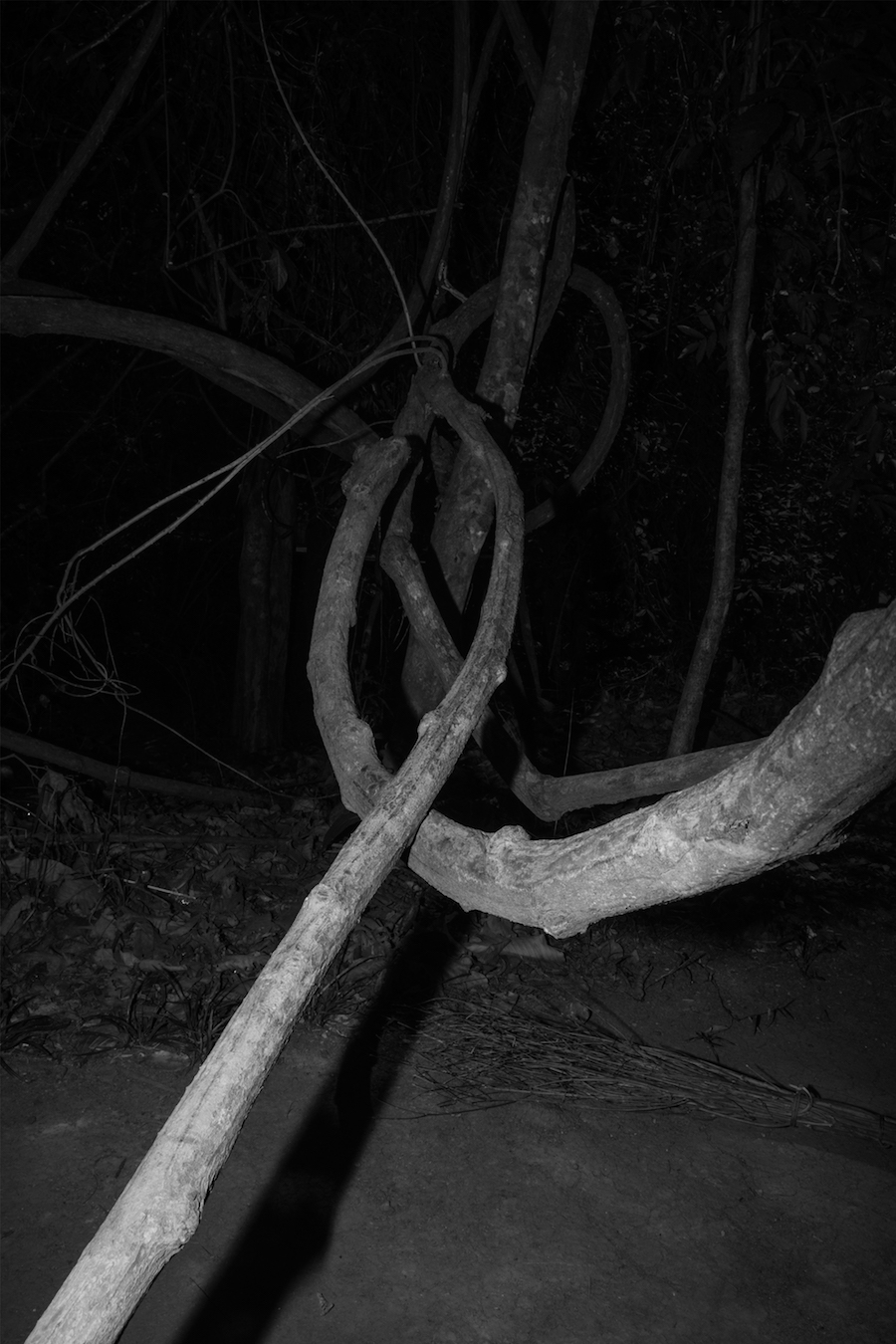