“Maybe just to plant a stake in the ground, I’d also say that topics are not necessary. Which doesn’t at all mean that one can’t have one; just that one needn’t”.

This conversation took place over a year of emailing and should be read as informal. The intention was to talk about Tim’s work and views of art and photography in general. We began the conversation before his latest book Christmas Bay, Bucks Pond Road (The Ice Plant, 2019) was available. I thoroughly recommend you get this book and Local Objects if you can find a copy. Again, the dialogue is quite informal. I have just edited the final version that you see here and find my questions somewhat unstable or insufficient in the wake of Tim’s answers, but I am pretty sure it is still enjoyable. The illustrations come from Christmas Day, Bucks Pond Road.

…So this is turning into an interesting interview or conversation I reckon…mind if we keep it going a bit? answer however you please.

BF: So, did you study with Joerg Colberg by chance? The Hartford program is quite dissimilar to anything I have seen. I might be wrong, but I think Susan Lipper may have been there as well. Robert and Joerg of course have ties to lots of the great masters of the European tradition. I think Hartford is also responsible for Bryan Schutmaat and possibly Matthew Genitempo whose work, though quite different from yours shares some of the sensibilities I find in your work, namely the monochrome formalism, but also a sense of rural investigation. Texas is quite a different place than the Midwest though.

TC: I did study with Joerg, but I was most heavily influenced by Robert Lyons (the program’s founder) and Mary Frey. Alec Soth, Justine Kurland, and Doug Dubois were all there as well, in more limited roles, and I learned much from all of them. We met once with Michael Schmidt while in Berlin – a real gift. My class included Bryan and J Carrier (“Elementary Calculus”), and the subsequent class had Morgan Ashcom (“Leviathan” and “What the Living Carry”), and there are many other great photographers who came out of there.

I feel like Bryan – and also Matthew to an extent – are more “exterior” or “social” photographers than I. Not to get too grandiose, but in American terms: they’re more in the expansive Whitman mode, and I tend more toward the Dickinson interiority. That’s not a hard and fast distinction, though, and we all move back and forth between those poles. Also, I perceive in Bryan (and others) some ideas about things like masculinity, socio-economics, the American West & etc. to which the photographer is looking to give form in pictures. As I’ll explain more, my primary goal is to use a camera not as a recorder of thought, but as the instrument of thought. This is not to say that there’s not a lot in my head when I’m out making pictures, just that it’s something else. 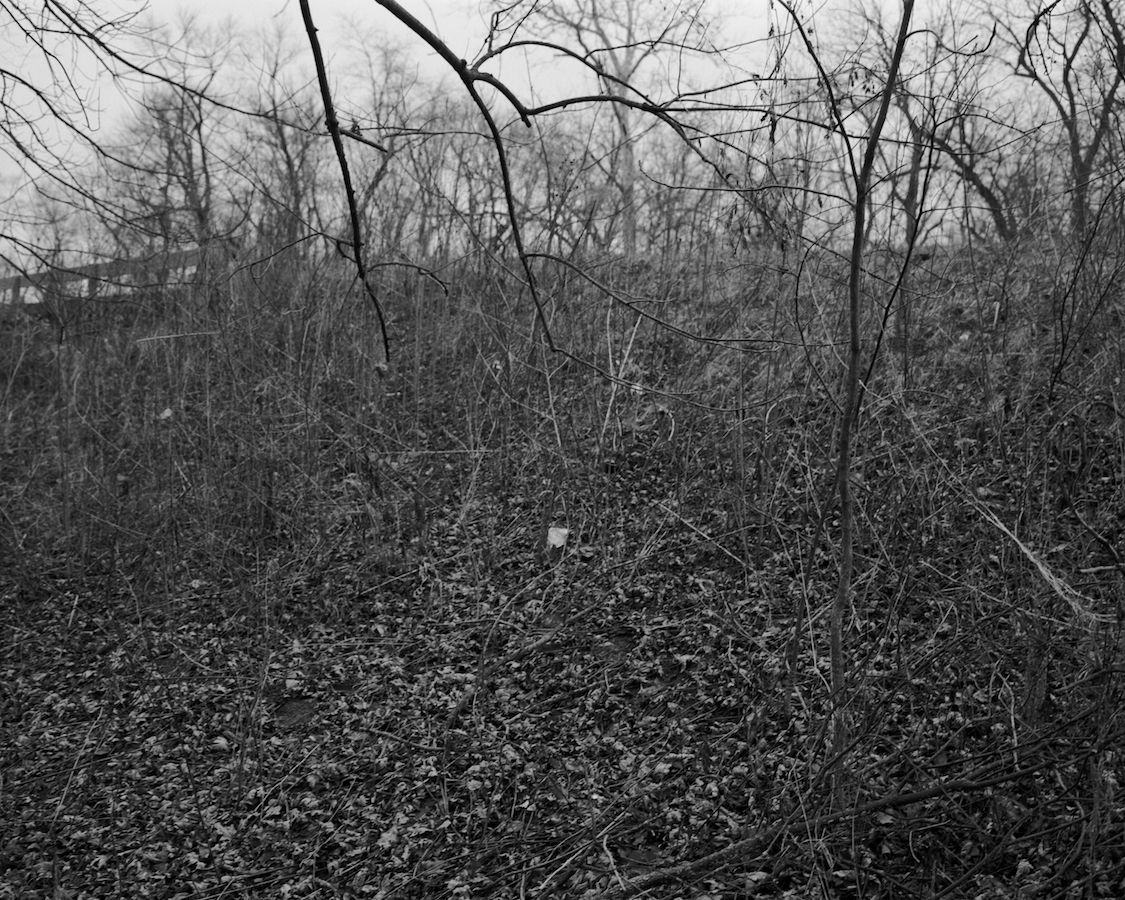 BF: I would suggest that between recorder and instrument of thought, we have the awkward intentions of both. I sadly never got to meet Michael Schmidt, but his work is very important to me-Berlin nach 1945 being one of my top possessions, book-wise. As you are probably aware, there was quite a crossover between John Gossage and Schmidt, the New Topographics with Robert Adams, Lewis Baltz, and the Werkstatt Für Fotografie, and these artists and their images, though perhaps not overly direct, share some sensibilities with your work. Was this group influential for you at all?

TC: I had and admired “Berlin nach 45” before I went to Hartford, but it was upon meeting Schmidt and seeing more of his books that I was hooked. As I’ve said elsewhere, the ground shift for me was Gossage’s “The Pond,” which I’d seen here and there but not gotten my hands on until the Aperture 2010 re-release (just at the beginning of grad school). I’m certainly interested in the cross-fertilization between the Americans (including Robert Adams) and their German host. In some ways, it feels a bit like Picasso and Braque egging each other on.

BF: On that note, this idea about Americans and Germans responding to each other as post-war winners and losers is such a weird way to perceive the work and world events-its like you said about egging on, but also kind of a weird race to the bottom, the only caveat that with the California/Colorado school and the Berlin school, there is a massive disparity in gloom, even though some of Baltz’s work, in particular, is gloomy-I blame the sun!!!!

It’s strange I still do not own the Pond. I just haven’t gotten round to it yet and am deeply influenced by Gossage and his Berlin work in particular. I consider him one of the greatest living photographers still making excellent work, etc. It was Gossage who