“Listen, the weight of a heavy set foot dragging across the floor boards above unmoored by concern for the splinter in the attic above, the same attic two floor removed from the wet-smelling basement where deer hides are tanned with Borax soap..”

Out here, I see the world through a type of gauze that unexpectedly deifies an epoch; the period in which to judge the external world that I desire to co-align myself with in a quasi-spiritual manner. Perhaps it is the era that defines my genesis-this one-time spark of divination that I am told bears an analogous anima to the rest of the species spread across the fallow and foul land at present. This ingratiating gauze is a decrepit god rag giving birth to my eyes set against a river of white noise.

Here, the exhaled sound of legitimately bronchial vapor escapes between brittle dry fingers in the dead cold of winter- if sawn in half would not they reveal their age?

Can a dendrochronological inquiry be applied to the carpals of a human hand or perhaps its trunk in the same manner as the weighty and peeling flesh of a birch tree that endeavors to hide its age within its flaking mass? Older than the sands of where? Whom? What? 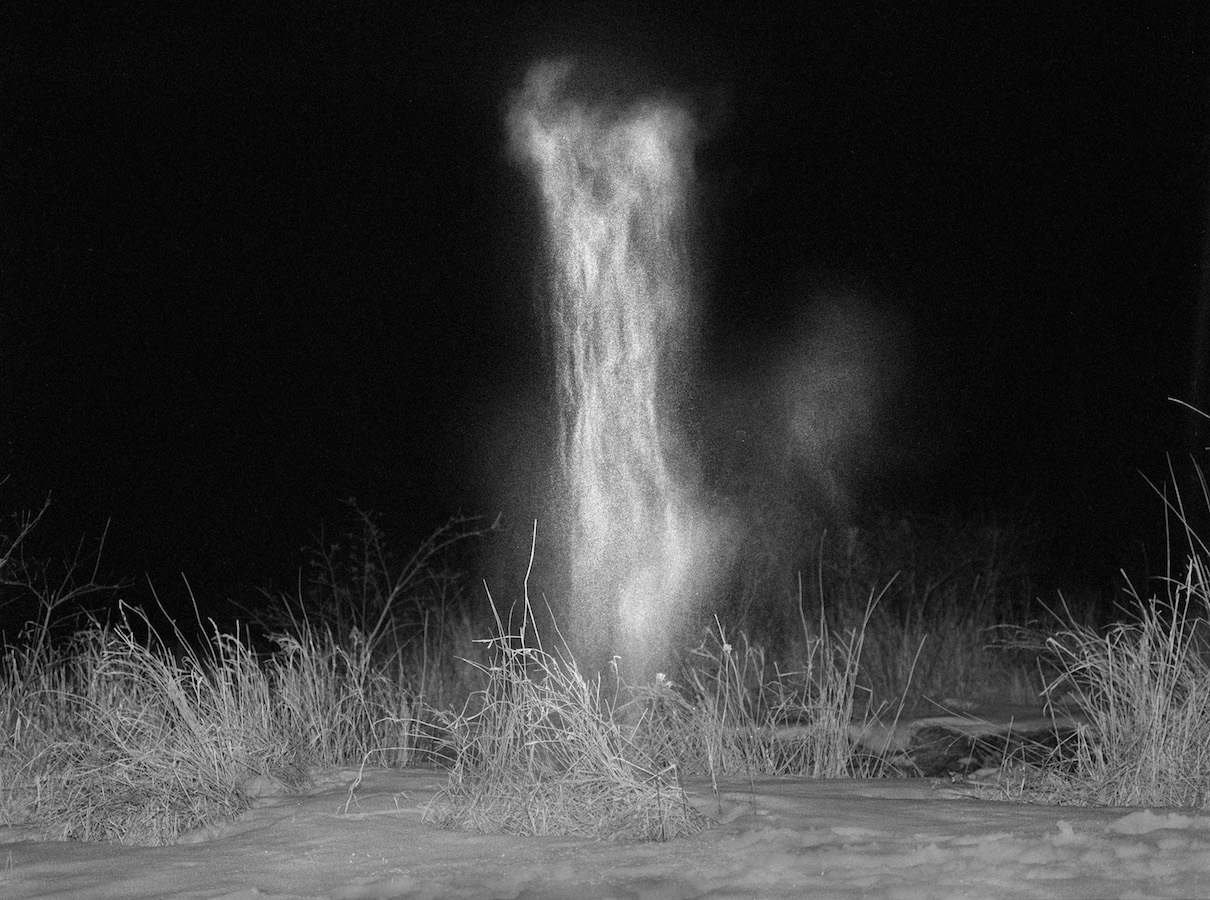 Does our viscera incriminate the time spent, the movements of snow or the warm autumn nights that bear fruit too late in the season thus impregnating another denser concentric ring stretched from kidney to spleen? I am certain, that if things were more clear behind the lithe yet pressing gauze that wraps my orbital cavities, that I would find the temerity to offer a solution to the inquiry of the matter. This is likely about self-motivation, self-mutilation, self-adornment, and self-prophecy-all are reflexive conditions bewitched by reason in which to judge tradition and superstition alike.

For it not I, just a mouth swimming in a complicit stream of filth, chipped and calcium-deficient canine teeth gnashing chapped and chaffed lips actively conjuring a dark profanity and a darker blessing from the raft of a newer medusa set upon seas of inanity? Listen, the weight of a heavy set foot dragging across the floor boards above unmoored by concern for the splinter in the attic above, the same attic two floor removed from the wet-smelling basement where deer hides are tanned with Borax soap and there hidden below a smokey waft of disgruntled air emanates from the flannel coverings hanging on a rusty nail from the mite-pocked post as though the steam of the human once warmed within could efface its merit of tone by conflating that cold presence still clinging from the outside winds where outside fires meander but small embers from their oil barrel fatigue and find rest placated on the winds, like spring fireflies evaporating in two-minute mists. Howl. 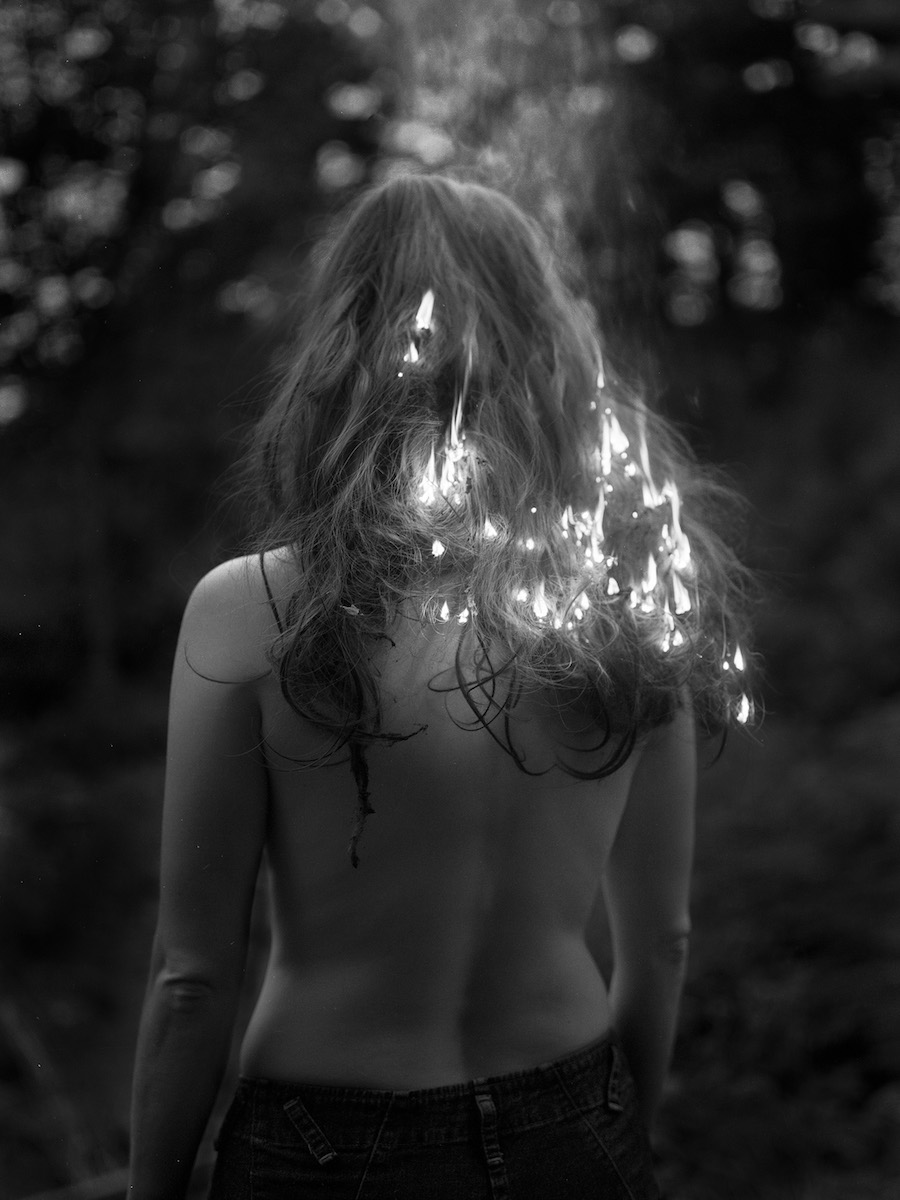 Hausthor and Guilmoth’s Sleep Creek (VOID) is an invocation-a rite or passage written into a Poe-esque discovery of world’s that hovers between something we consider concrete and a world that we consider as hidden. We could imagine their position as artists to be between and their stasis of condition to be approaching the mystical. The images themselves, in their esoteric tendencies, examine a new might of American photography in which rich and lavish stories of once-thought-to-be-only European fairy tales and hauntings are currently being written from the ash and sackcloth of democracy’s bulging and soiled bedclothes. Here by candlelight a silhouette responds sponsoring soiled feet behind drapery, flies are trapped in wedding veils and fire clings to thick auburn hair. A face is half-hidden behind thickets of thorn bush and it issues a hissing invite to a cooling cellar just beyond the clearing where green moss clings to stone and movements remain muffled within.

“Hausthor and Guilmoth’s Sleep Creek (VOID) is an invocation-a rite or passage written into a Poe-esque discovery of world’s that hovers between something we consider concrete and a world that we consider as hidden”.

We passively believe America to be too young as nation to script such a devilish dialogue, but it is in America that the true possibility for fairy tales and sordid imagery wrenched from the claws of infamy can really begin. America is built on the stuff of prescient nightmares-the rural landscape and its people are a confused and entangled mass built on auto-cannibalism, racism, confusion, genocide, war, slavery, xanax and failure. The cities are shrines that continue to build over old wounds, trying desperately to hide traumas endured.

America’s rural outposts are the targets of fawning laughter of corrupted flyover dismissals from glorified urbanites from the “old countries” of yore. Americans can be seen to be busy drafting new constitutions, new escapisms and new soft and personal revolts from the glory of the republics last gasping century. Things have lapsed, vines sag, and the wooded land bristles with negligent embers looking for the first thicket or rut of grass that they can ignite from beside the moulting carcass of the dead fawn of lost independence. In America, the ground work has been laid for horror and uncertainty and the land is positively Dante-esque. 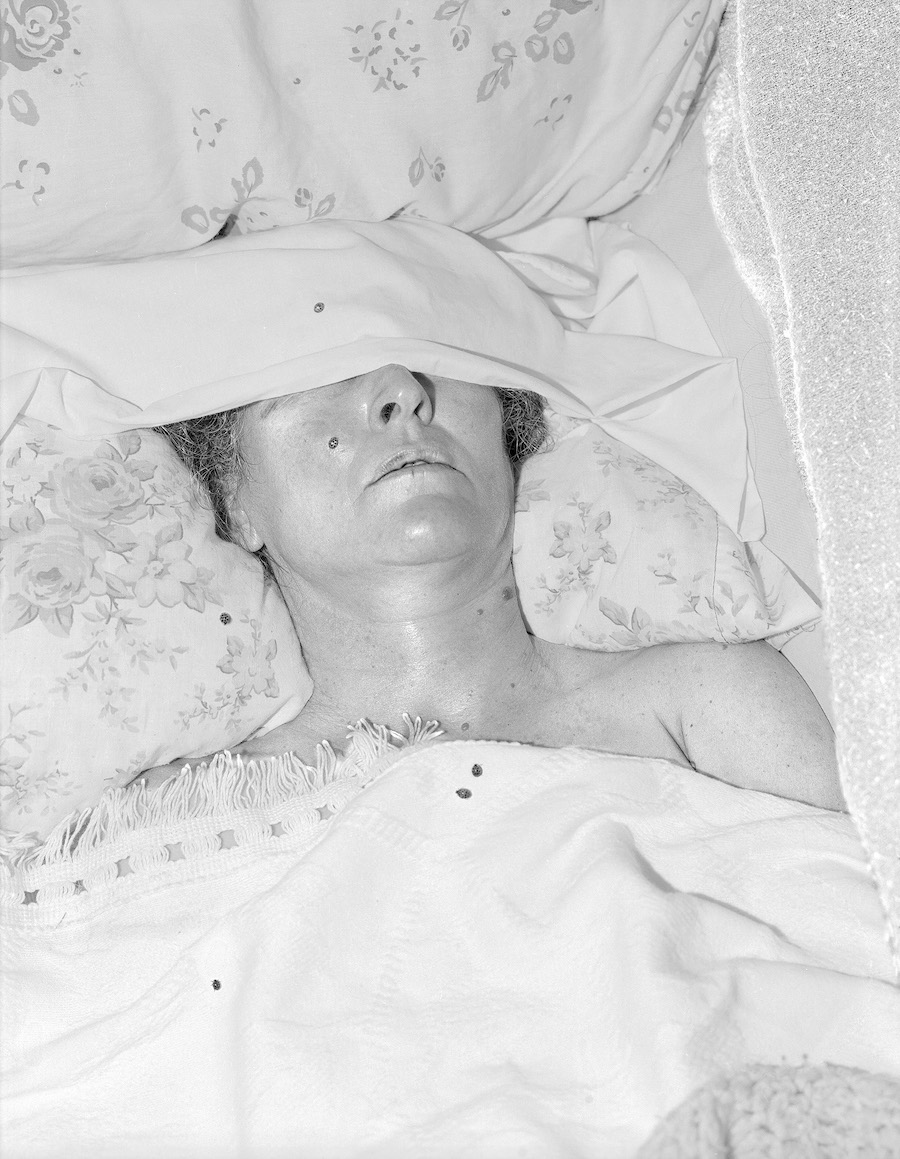 The visions within Sleep Creek, and I do emphatically call them visions instead of photographs are numerous. They feel like offerings and they are indentured to a yearning mythology of a new gothic America. Things and people here are not defined by the certainty of time and this quandry of anachronism rests on an axis of a palpable, yet eluding reality. They commune between one another as insiders. It is as if the bloodline children of the lost Roanoke Colony have their first photography studio, but its operations ceased in 1972. If this were Wisconsin; a Death Trip follows. I would prefer not to mention Twin Peaks as I find most references to David Lynch lazy, but here I feel that the case for similarity and locations can be made, owls aside.

The gauze that I have spoken about previously is a reference to the way in which the images are uniform and printed towards the pale, which gives them a sort of luminous feel, almost as if there is something between the viewer and the images or if the images were just coming into existence from the bottom of the developing tray. I think of it as an implied ectoplasm, a referent to spiritualism and the images of Eva C or perhaps William Mumler and I can almost hear the rappings of the Fox Sisters. The images in Sleep Creek feel conjured as if the artist were in league with New England, its histories, Salem etc. Its as if the artists are looking at the Eastern Seaboard and considering how to re-invent the visual language of an America haunted by its own promise and the failure of its manifest destiny. 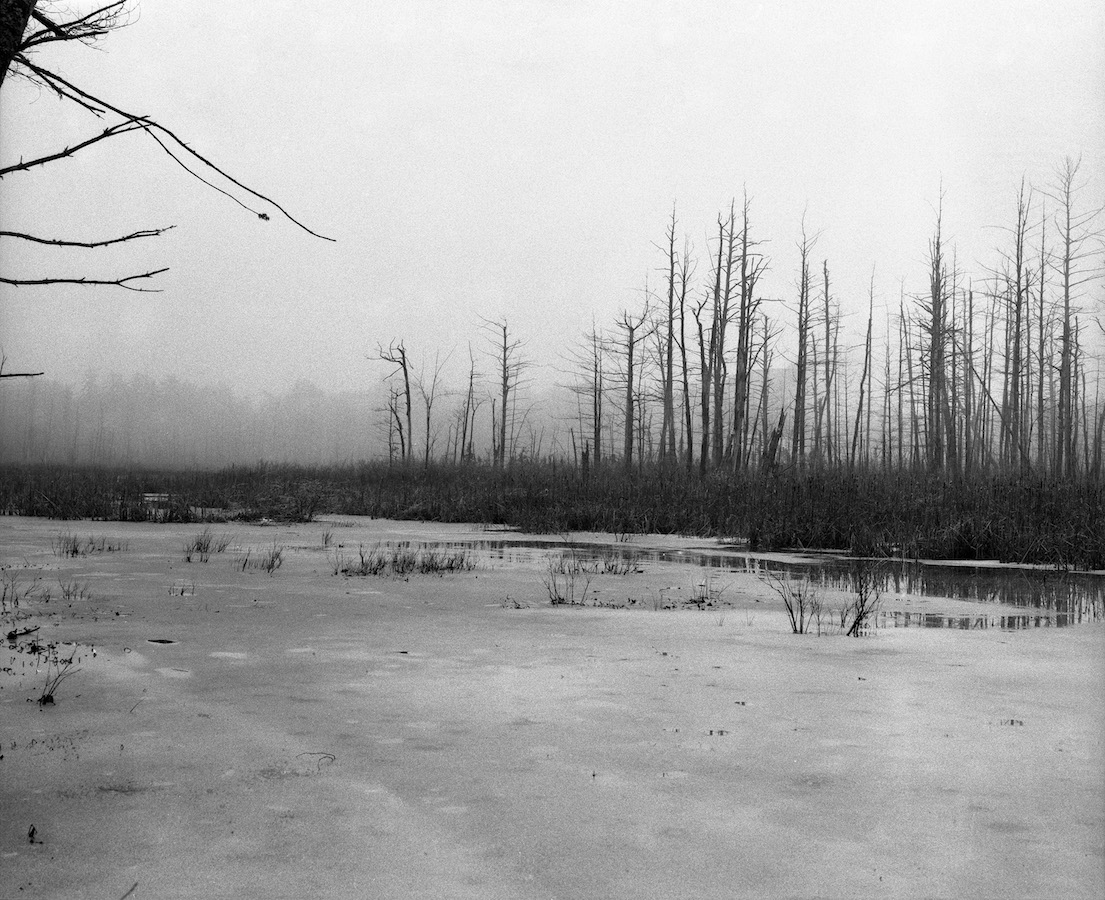 In contemporary terms, there are very few people making images like this. Most notably, there is Tereza Zelenkova whose interest in Czech fairy tales and whose gothic sensibility most aligns itself with Hausthor & Guilmoth, but the difference here can be related to the differing sensibilities between how Americans study the Gothic and implied supernatural and how Europeans study it. I would also suggest Marie Quéau from France whose images also have a strange and ethereal condition that implies a supernatural techno-horror where the intersection of the Gothic meets the contemporary pulse of superstitions of the accelerated world. Historically speaking, there are other parallels in Clarence John Mclaughlin, Adam Fuss, Ralph Eugene Meatyard and perhaps Les Krims The Deerslayers. There are other smaller fragments that I see in the work, but frankly, it stands on its own. The relatability of the artists mention is more of a spring board to consider.

Hausthor & Guilmoth also run Wilt Press which produces zines and some of their smaller offerings. I feel that this collaboration with VOID in Athens has been super beneficial for both parties having a familiarity with both. It has given VOID great subject matter to work with which exemplifies their interests, but also shy’s itself away from becoming comically “edgy”. The small volume is perfectly designed and the amount of images and sequencing is handled with grace. Far from being claustrophobic, it gives the publishers audience room to breathe when looking at the work. It is the ever-undefinable scalpel to the annoyance of the axe.

For Hausthor and Guilmoth, what VOID has added to their work is a sense of validation. I love the small zines they make and think its great that they carry on with Wilt Press, but overall, my feelings are that VOID has given some clarity of design (What up Black Phillip) to the work as well as giving the artists a larger platform from which to perch. It would be great to see the zines continue, but to also see a longer collaboration between VOID and the artists in the future. This was on my end of the year list. I expect that we will be seeing more from Hausthor & Guilmoth. Highest Recommendation. 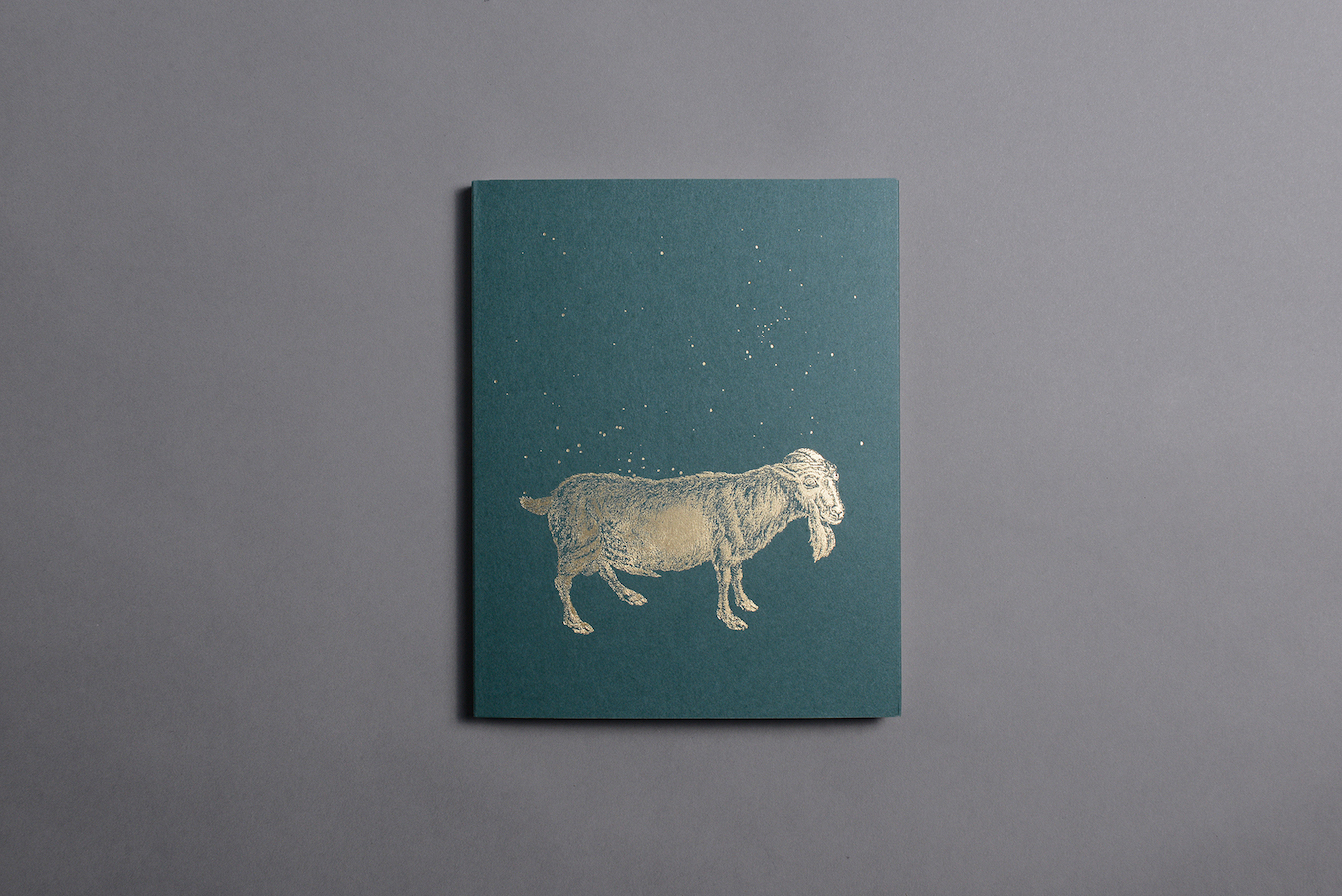 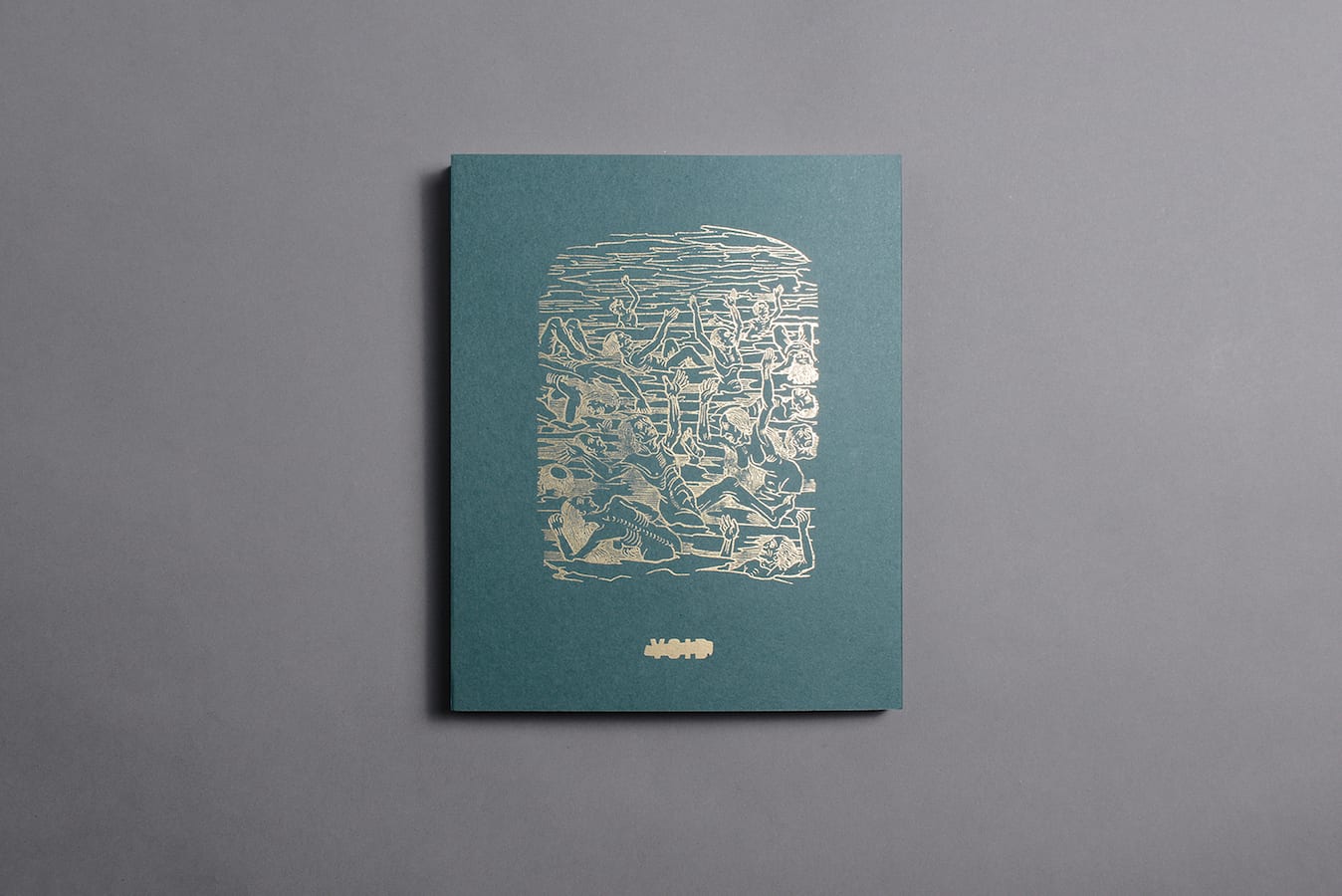 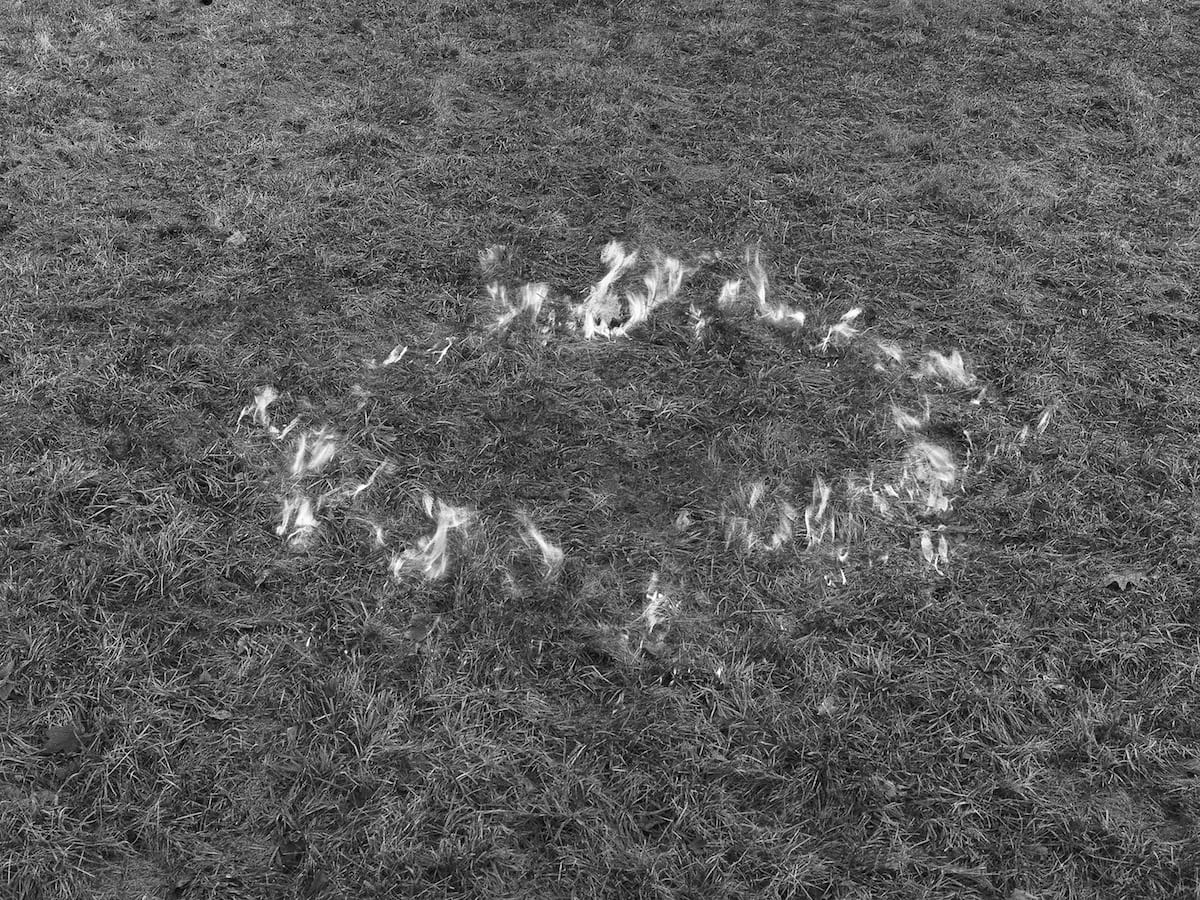