“Images from French photographers in West Africa, Madagascar and also the Middle East, such as studies by Tancrede Dumas focused on hair as a way of defining difference”.

Of all bodily parts most associated with photography, and though I would like to think there are many, hair remains the bodily material most associated with the medium. It is associated with what I think of as “Reliquary Status” or power that was incorporated with images as early as the 1840s. Daguerreotypes of loved ones often featured a lock of hair tucked neatly underneath the copper plate with the name of the person written underneath. Generally speaking, this was associated with death. Mourning jewellery featured braided hair bands with fitted clasps that were produced to be worn as bracelets. Further examples include photographs affixed to pin or pendant casings complete with a lock of braided hair on the backside. Nan Goldin curiously has an excellent collection of this material. This association between photography and hair was not always related to death, but it has reserved a special and somewhat odd history within the medium. 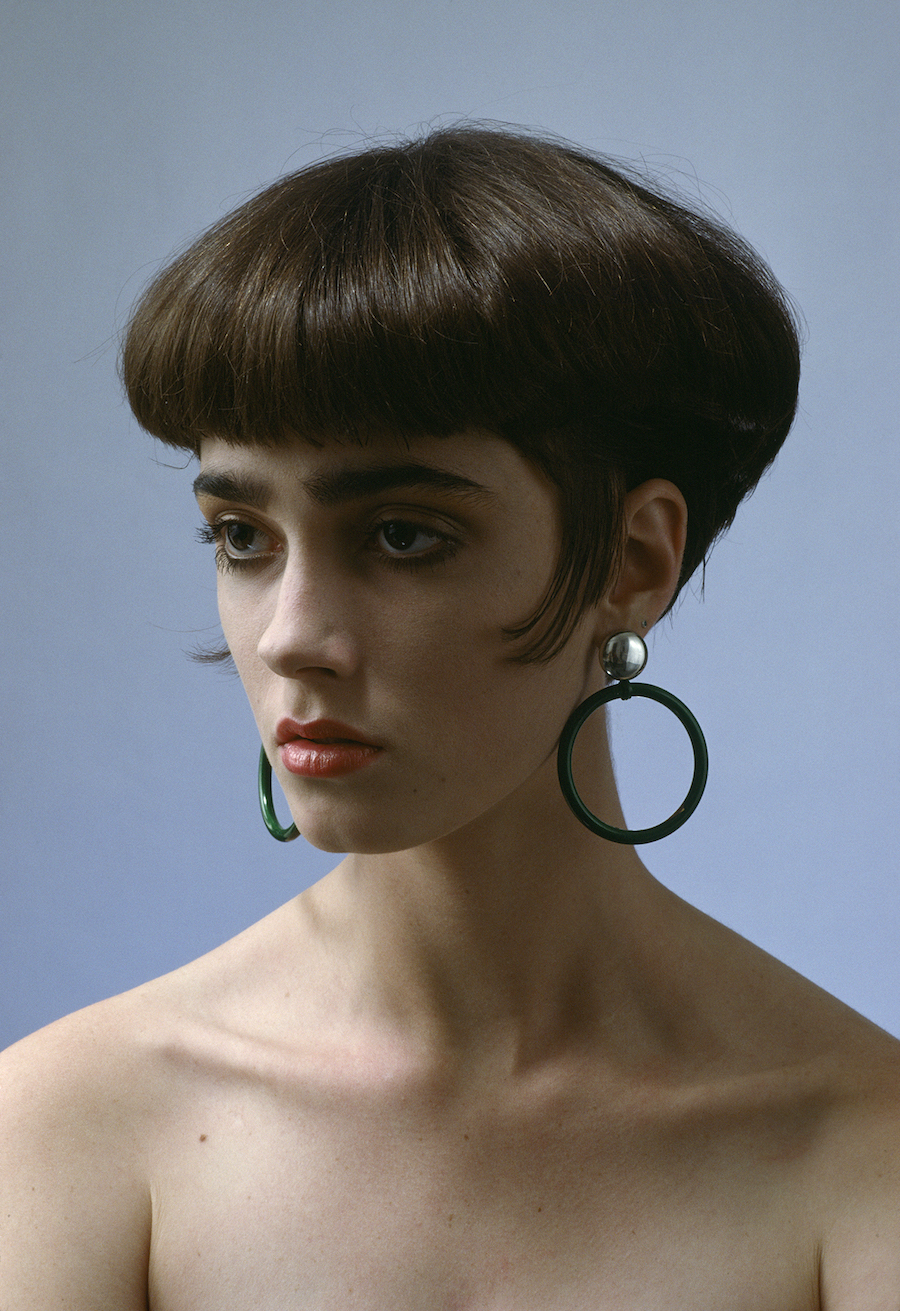 Hair in photography if not part of its material value, but rather its subject matter has, if not a longer history, perhaps (?) a more inconvenient history of demonstration. Female hair until the punk years of the late 70s and early 80s was a fetish subject that photographers from Stieglitz (O’Keefe hair down) to Pierre Bouchard (hair montage) and Man Ray (Lee Miller first, then himself half-shaved and Duchamp’s star cut) suggests an affinity towards hair that is only superceeded by an orientation towards the female nude and the breast in particular as bodily point of fetish. The debate about its correct use is for another discussion. 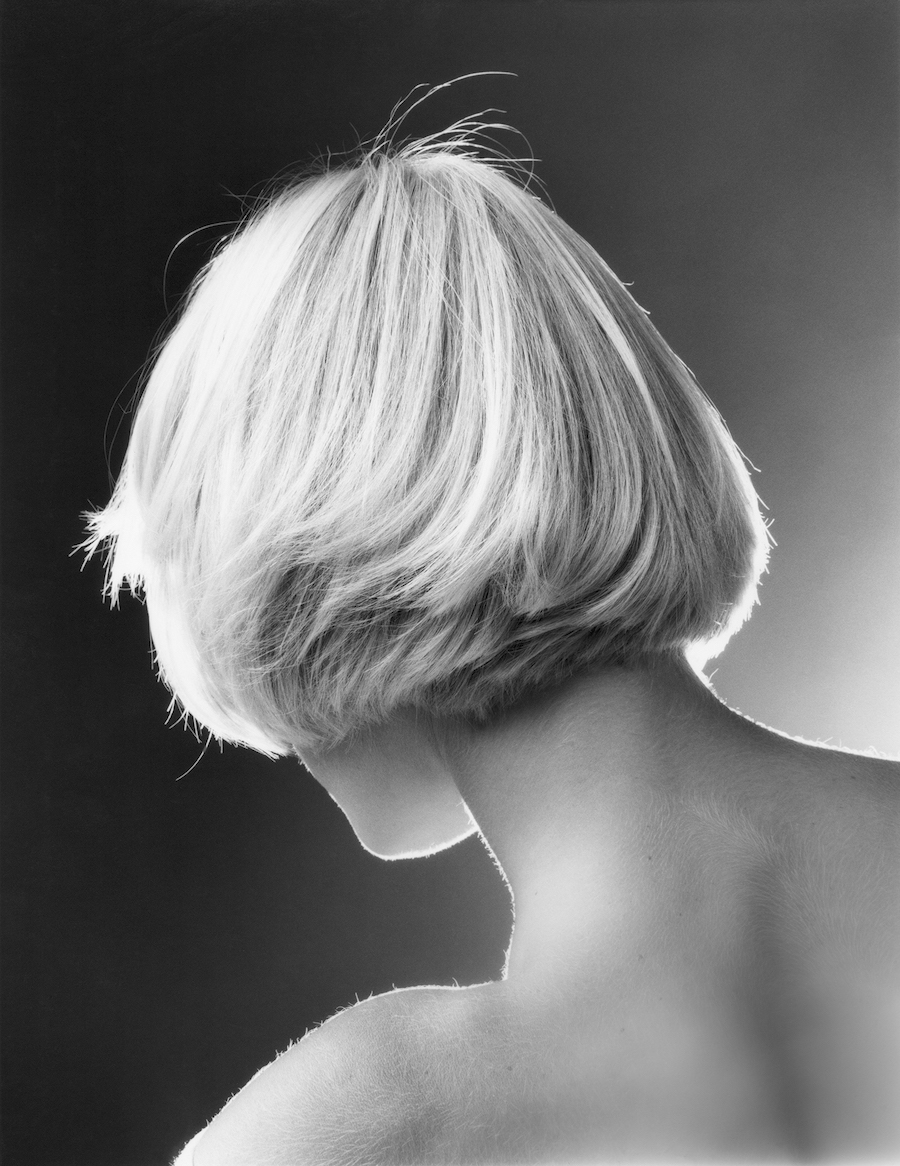 Prior to surrealism and modern movements in the 20th century hair also had a racialized value that was exploited by colonial minds of the day. Images from French photographers in West Africa, Madagascar and also the Middle East, such as studies by Tancrede Dumas focused on hair as a way of defining difference. And speaking of a different Dumas, it is also be pertinent to point out individuals who also used hair as self-identity-Alexandre Dumas and Frederick Douglas being two prime examples of men from African lineage that embraced their natural hair in the mid-nineteenth Century to the consternation of opposing political forces. This would also be exploited in Barnum and Hagenbeck’s circus performers who used hair-notably the “Circassian” hairstyle as a way of attracting further attention to the spectacle that hair can represent if desired. 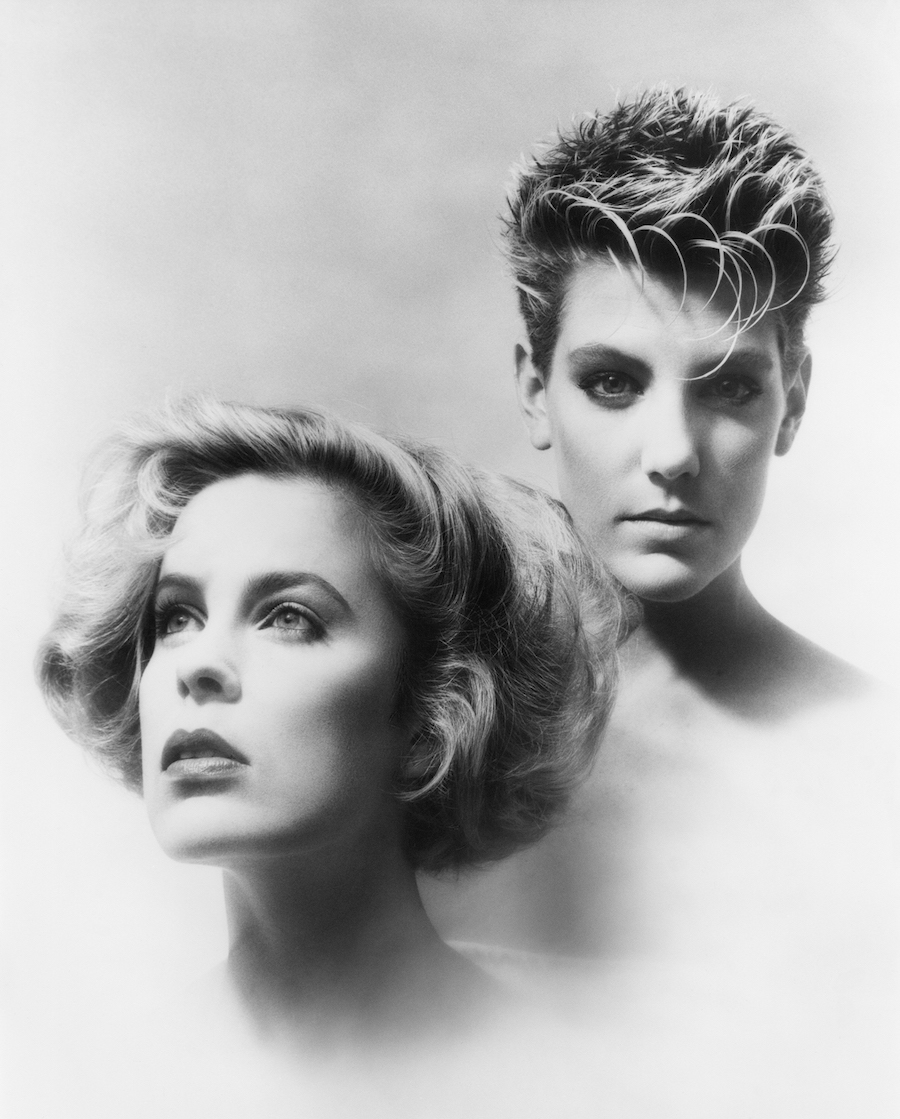 The value of hair in photography can be seen past its exploitative and spectacular natures, however. It has a quotidian use, a vernacular function when its use has a purpose to illustrate or catalogue the design of hair itself. The history of salon photography has a perfunctory value that exists to this day. One simply need walk past a hair salon in any town and find a barber whose sun-drenched and bluing photographs often illustrate what is available on offer. Sometimes the outdated cut and curling photograph in the window offer a slight humor or relief from the more serious studies on the matter.

“The value of hair in photography can be seen past its exploitative and spectacular natures, however. It has a quotidian use, a vernacular function when its use has a purpose to illustrate or catalogue the design of hair itself”. 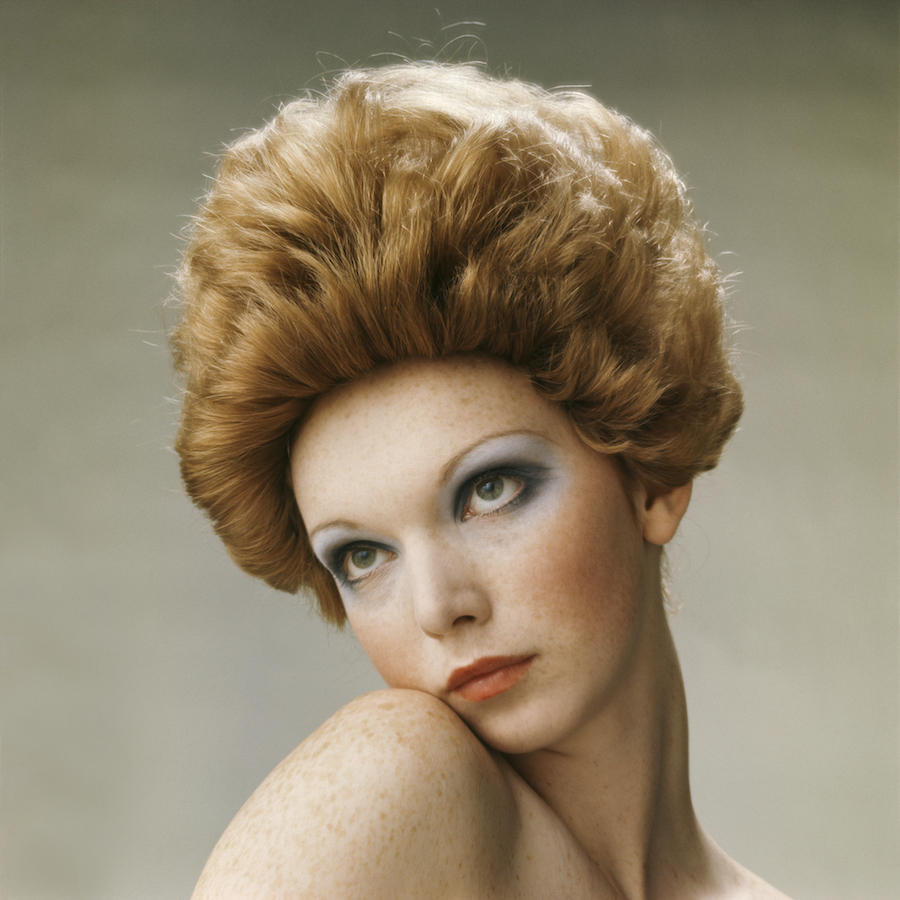 Fünf Finger Föhn Frisur (Edition Patrick Frey) is a catalogue of completely strange beauty. It is a catalogue of photographs that Gaechter & Clahsen have made in salons-notably the Elsässer Pour Dames salon in Switzerland over the past 30 years. In its most base estimation, it is a catalogue about hairstyles and changing beauty trends, but in its stark repetition, it becomes something more surreal. The heads and faces blur and create a strange archive of bodily orchestration and expression, not unlike (somewhat obliquely) the strange photographs of Hitler by his photographer Heinrich Hoffman in which overuse of emotion becomes a strange form of inadvertent propaganda-only here the political theater is related to style. You see women shouting, looking to the imaginary sky and they all float in a bizarre state of nowhere. There are very little markers to indicate where they are shot as is typical with studio and product photography, which if I reduce this notion, is probably what makes them unusual or surreal. If one other than myself were more aware, I am sure you could find deeper meaning in the styles represented, he change of hair reflecting the attitude of the times. The book itself, as with nearly everything Edition Patrick Frey is acute, beautifully designed, slightly odd and unusually interesting even when it perhaps should not be. It also feels like a product catalogue with its plastic covers etc.

Its an odd tome and fully recommend it if you are interested in the history of hair or its place within the larger context of photography. 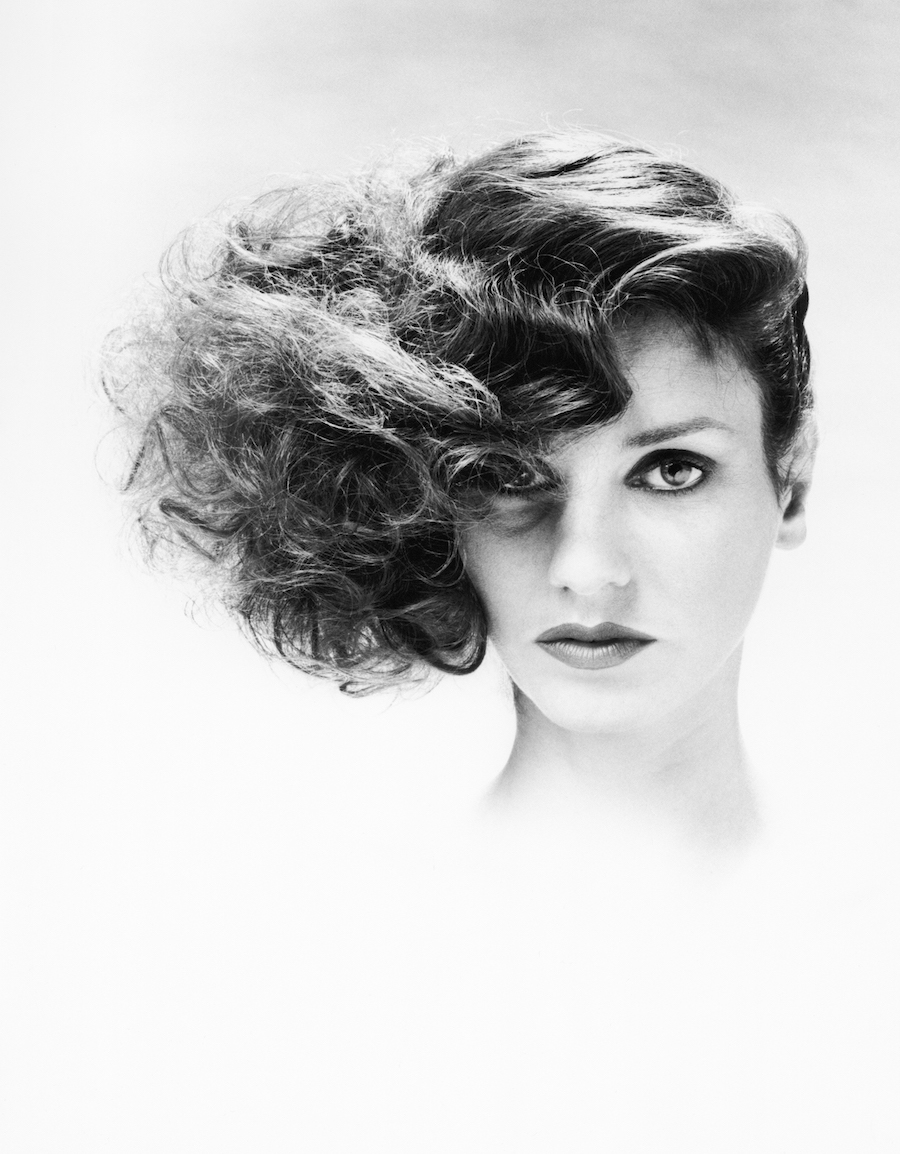