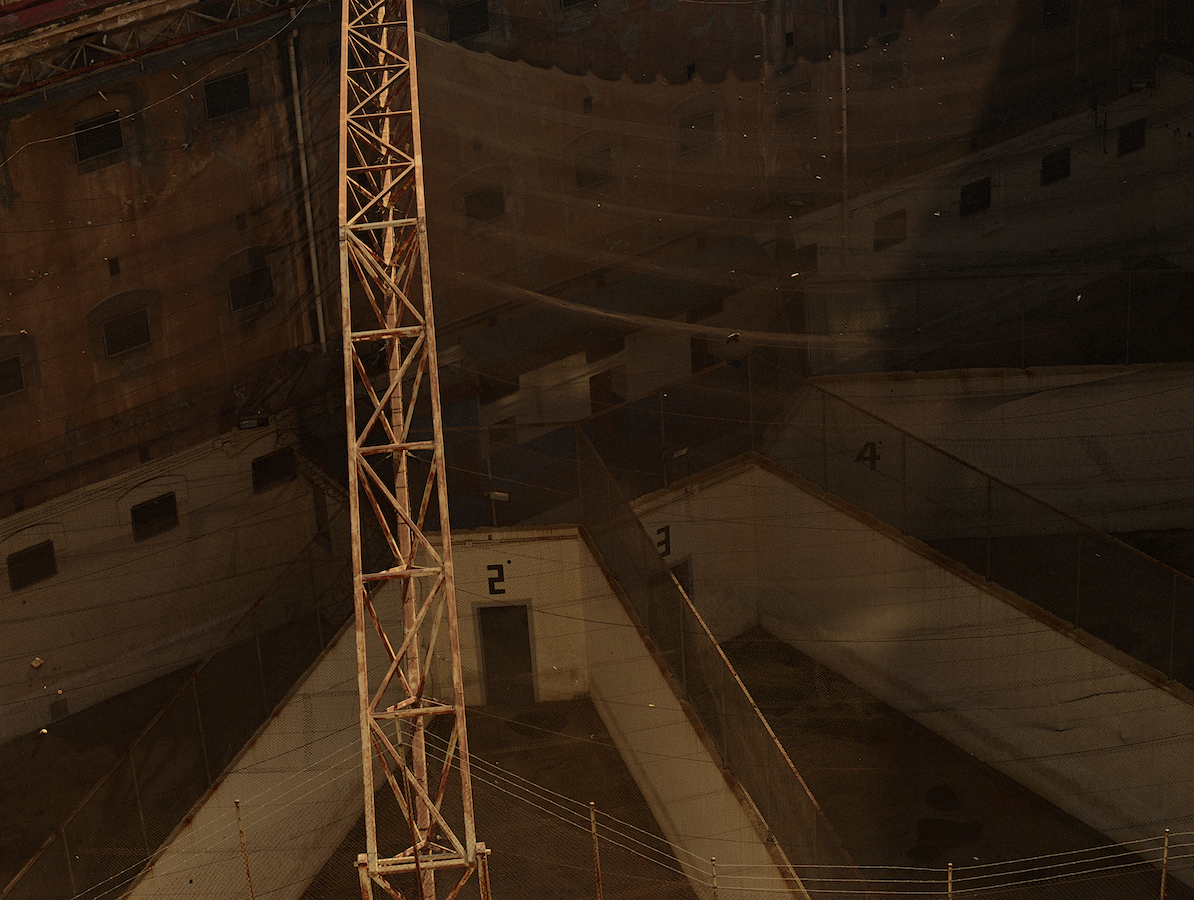 “With cinema, the moment, the ever-many moments included in its orchestration (non-news, non-documentary) force inquiry as to the pathos of its production and in doing so enables the viewer to consider the film in terms of fantasy, memory, time and delivery”.

There is a certain perspicacity needed when one considers how the photographic form in its still image relates to the discourse of cinema. Both share a long and determined history whose weight bears a certain social, technical and cultural significance that is indebted to the way in which the medium functions. For example, the still frame photograph tends to place our attentions in a state of arrested development. There are key signatures that give access to unlocking the representational potential of the still image and its access to history and time change this discourse-an image viewed from the future will be read slightly differently than its position at the time of production. With cinema, the moment, the ever-many moments included in its orchestration (non-news, non-documentary) force inquiry as to the pathos of its production and in doing so enables the viewer to consider the film in terms of fantasy, memory, time and delivery. 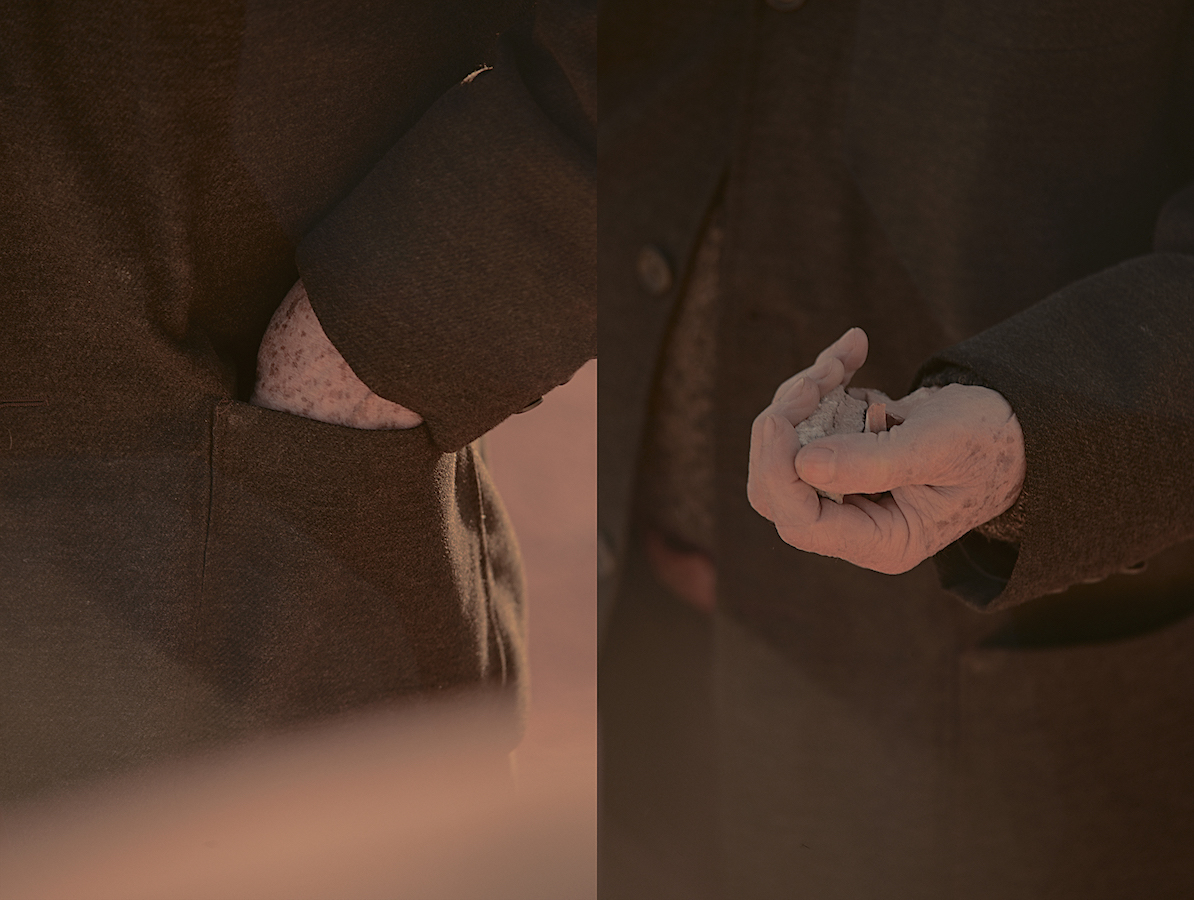 It is a different set of circumstances that enable our decoding of film from that of photography and yet both share numerable tendencies to cross the divide and become symbiotic. One can of course, like Chris Marker, consider how to work from cinema back towards photography, though we generally associate the still image as but one piece of the moving picture’s progression towards completion. In short, we do not look at cinema for its still image, yet we expect that the still photograph can be activated in progression towards the moving picture. 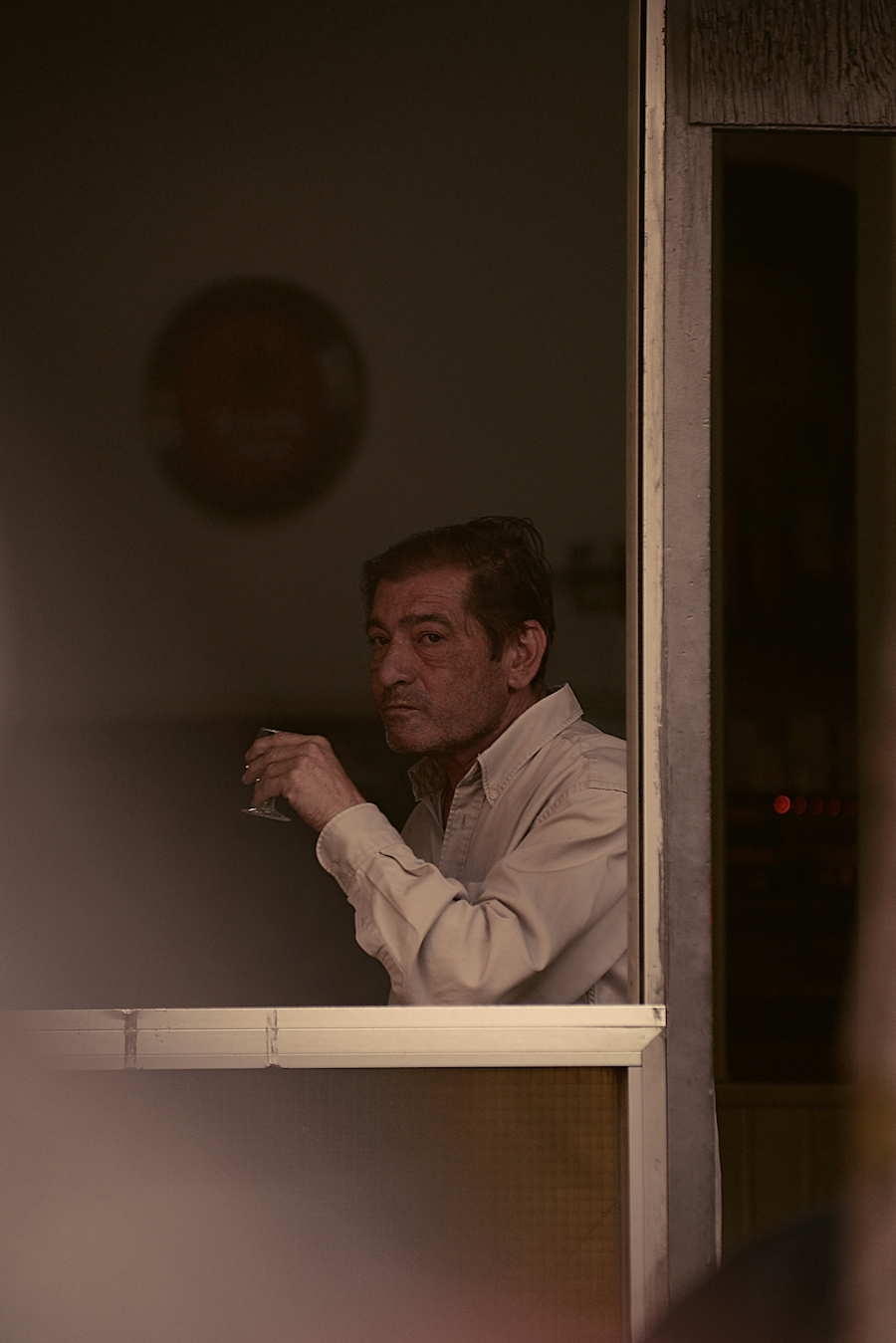 In the case of photography, when multiple frames are assembled, collated, and archived together, there becomes an inexact possibility to read the work in a different context- the punctuation of the single image is now denuded towards the whole no matter how strong or arresting each single image may be. In singular form lies resistance to this effect. If the set of images involved in a book or project are meant to be “of one” idea, then it is sympathetic that we read the transaction of these images in a more linear and direct (if non-experimental) form. I am thinking of course of the book and how the structures of assembly of still images impede the notion to see their collation fast, and yet I am also considering that they are no longer singular frames, but are bound to a larger context that may or may not have a separate conceptual or narrative inclination. This suggests in the event that the photograph is to be read en bloc with other mechanical images as one opus, then we can see, like cinema that the staggered stoic and singular images provide a new function towards narrative-led examinations.

“In the case of photography, when multiple frames are assembled, collated, and archived together, there becomes an inexact possibility to read the work in a different context- the punctuation of the single image is now denuded towards the whole no matter how strong or arresting each single image may be”. 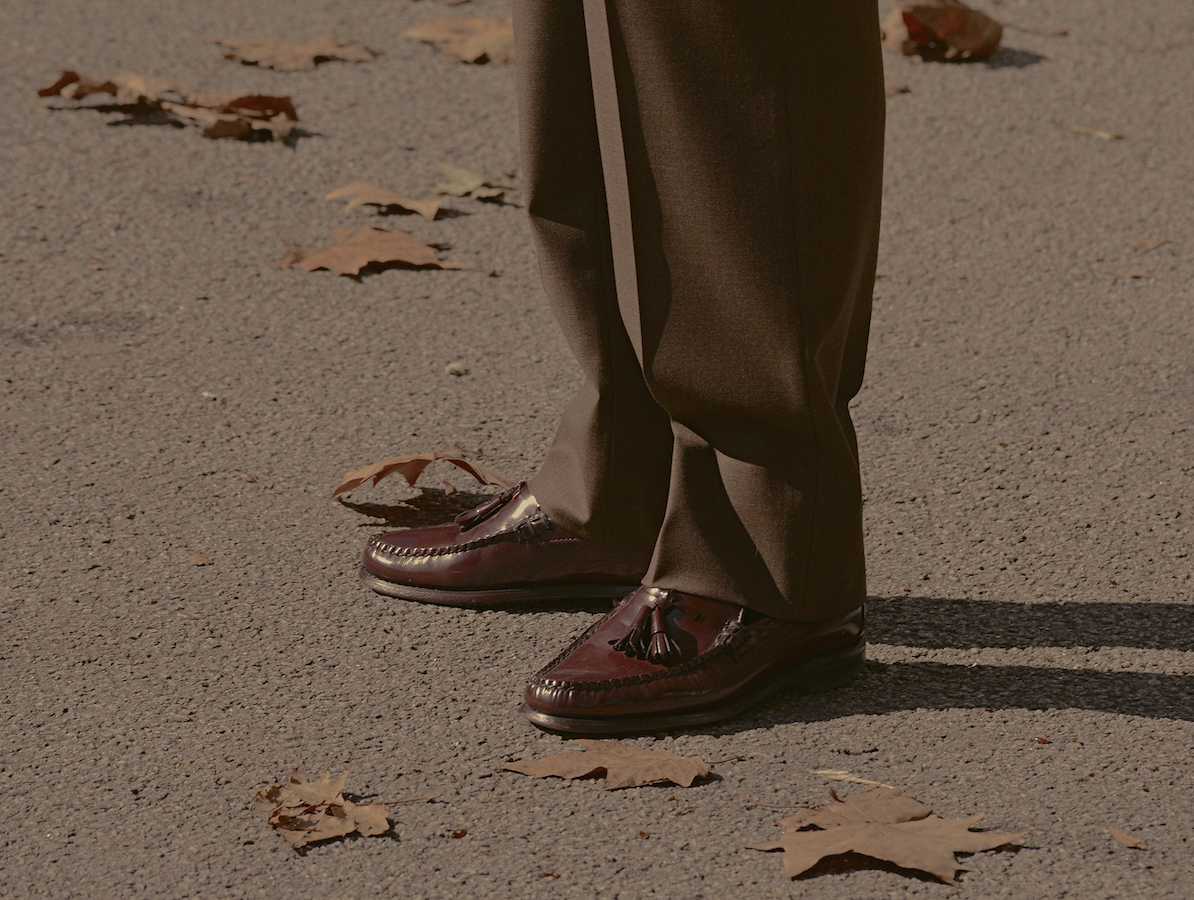 In selecting the photographic image in multiple to propose a singular theme, narrative or concept, we begin got see the assembly as something secondary to completion of a sum totality of form. The narrative or concept of the whole book of photographs then becomes, like the whole cinematic experience based on scenes and arcs within, the principal suggestion of consumption. So, though we may consider each frame within as considered, singular, or enigmatic, we must decide our preference and our speed of how we consume the whole of the arrangement. In musical terms, one would not simply suggest the chorus can exist without the bridge or verse and so it is with the book and the photographic series that has an ultimate conceptual drive at its base that exceeds the singular construct of an image and its separating of narrative discourse from the considerations of the whole. 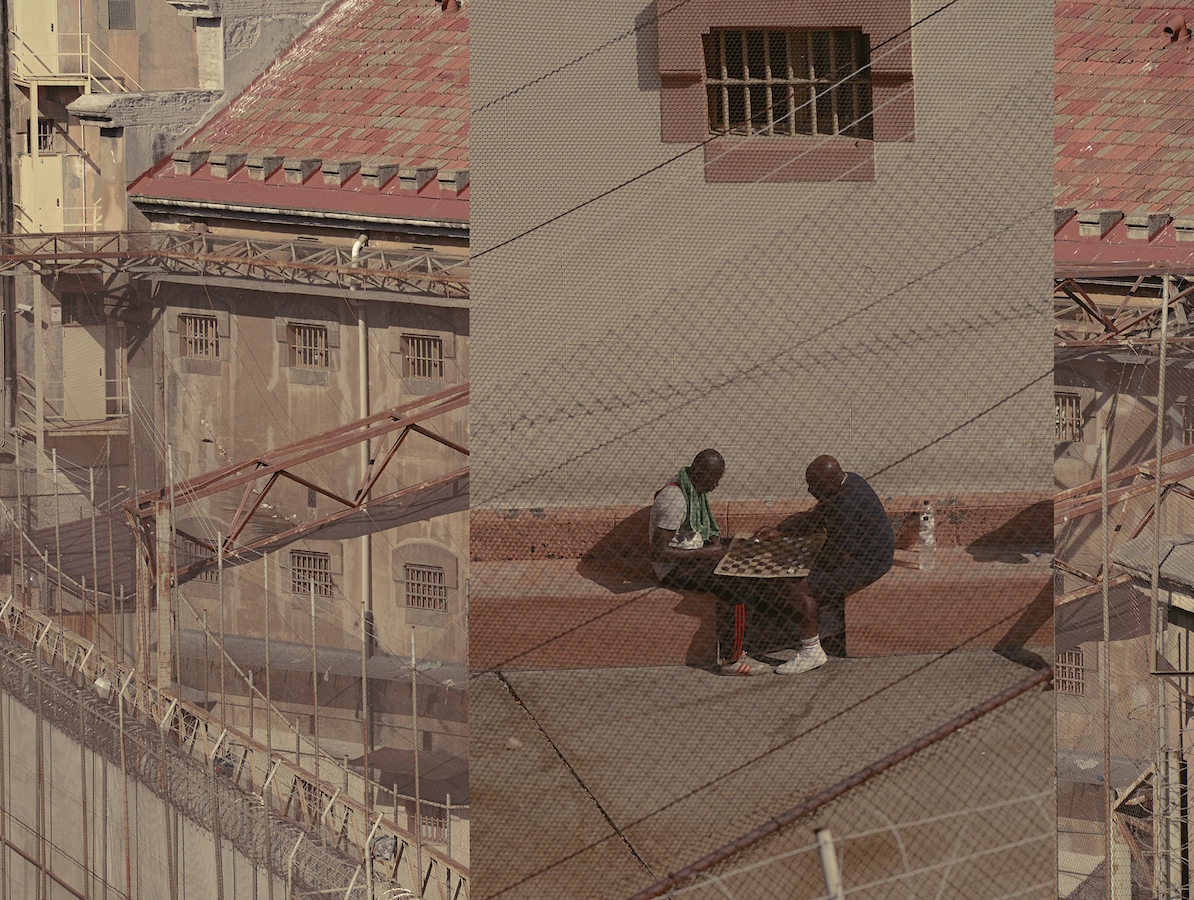 What to do about prison photography and the cinematic.

Salvi Danes’ book A Les 8 Al Bar is somehow about prison architecture, cinema and photography. It is also about how we construct the serial photographic image to imply a position that is roundly referred to as cinematic through technical devices such as color palettes and doubling the photographic frame with slight variance lead to this cinematic effect. Montage is present and implies movement through surveillance photography. The considered POV techniques-angles shot from several locations around the central motif of a prison give the impression of being filmed from a crane. This particular angle, reminiscent of Scorcese’s film Casino in which Joe Pesci’s abused corpse can be seen from above in a corn field and Orson Wells’ Touch of Evil are fundamental prospects to film. We have only recently looked at photography from this angle with the use of drone footage and google earth. It is still a recent development and too new to consider within the wider canon of how popular consciousness understands photographic practice as opposed to cinema in which this technical aspect is widely understood. 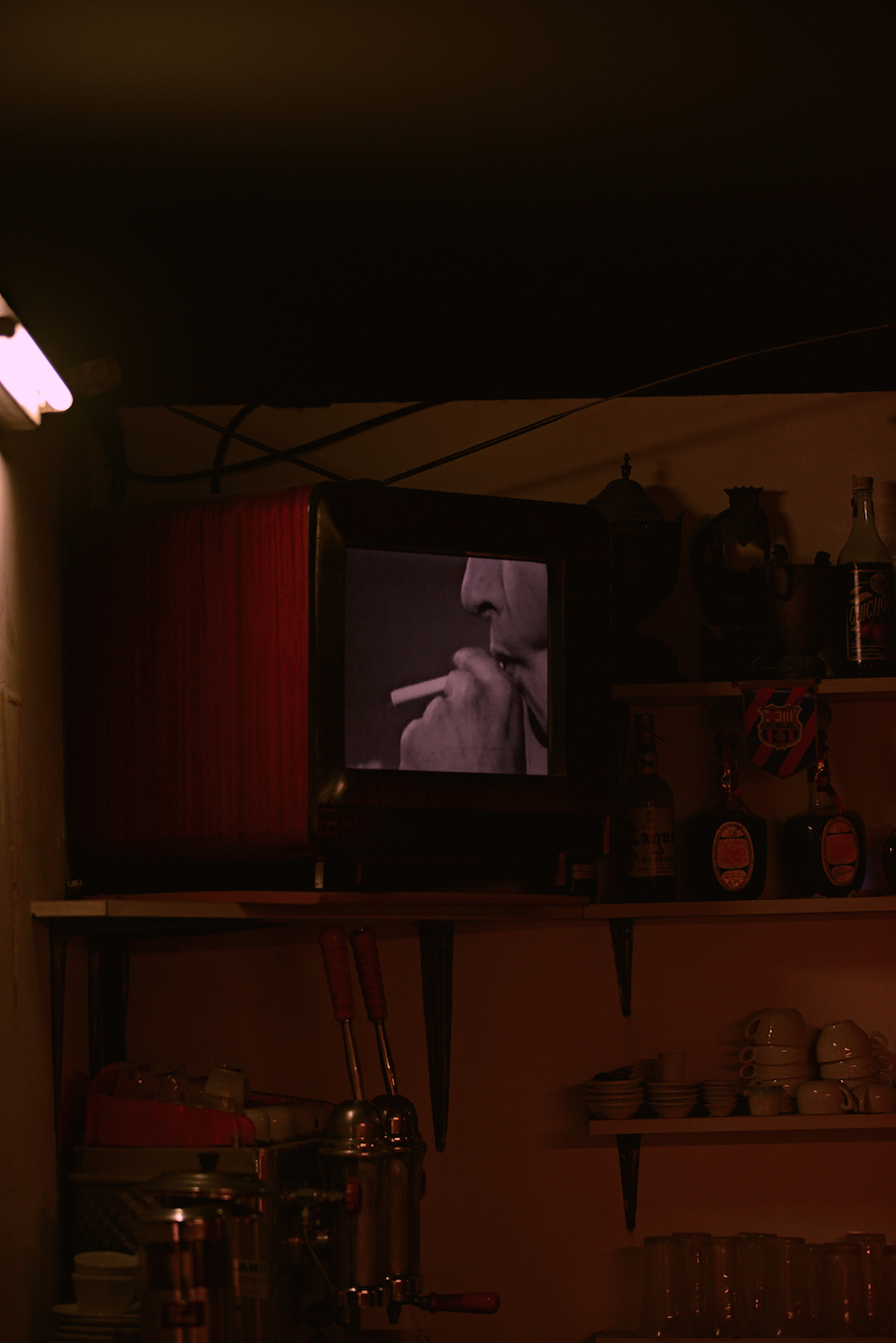 I am reminded of films when I look at Salvi’s book, not photography. The flow, and compression of still images, the way they spark an idea of a narrative and the way in which their peachy red and brown palette remains a consistent technique to ellicit continuation are ways in which he has given access to a cultural mode of production that considers cinema as its base and not the static photographic image-though this is poignantly a photobook assembled from still frames. Here is the crux of what Salvi is doing with the book. Add to it that I was born in a certain generation that recalls films like Francis Ford Coppola’s cult The Conversation and perhaps more aptly any of the early Clint Eastwood police films as a locus in which I can mirage up a similar pathos found in Danes book. The Conversation in particular fells close as it is about surveillance, which here Salvi is also doing. These techniques coupled with the images themselves, the tight crop of a man putting on leather gloves in the warmth of the setting sun imply a reading of photography that is cinematic. It suggests that the book itself is something of a film script, though it is not forced to the point of pastiche. 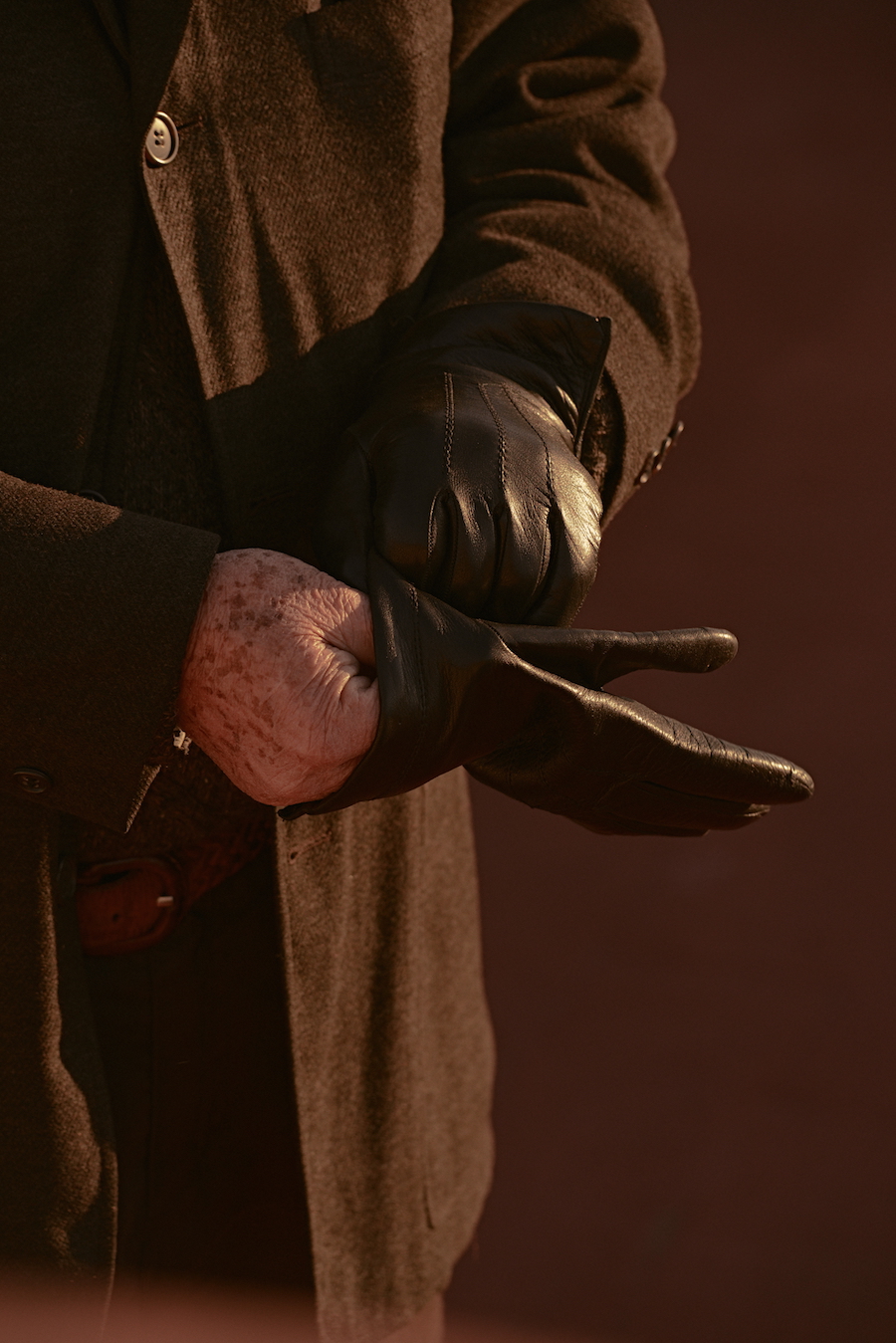 The author of this book, or rather the author inside the book of these images is mysterious. He or she floats from a strange position and has a telephotographic reach that implies the drive of his or her goal is to capture things from a position of being unseen, like a sniper or voyeur. This is the reference most apt to consider with The Conversation, a film whose fundamental mechanics include panopticonal surveillance operations-Gene Hackman’s character something of an obsessive guard/police in the mythical tower. This is another device in the book that presents a function in which the narrator is perhaps not even Danes himself. It is to remove him one position further. It feels as though he is looking at the footage to assemble a case. I almost feel as though we have a silent operator involved looking through the lens, a facilitator if you will. The book itself does have context. The bar in which Salvi has photographed is indeed opposite to the prison he is also photographing. He is playing with social construct and roles between the old men in the bar and prisoners in the yard. Both the yard and the old men belong to a different generation and their weathered condition exemplifies this.

Though I know this to be Danes’ photographic work, I feel that the facilitation of its aims overshadows his firsthand position. This is also a wonderful and discerning supplication to his post. 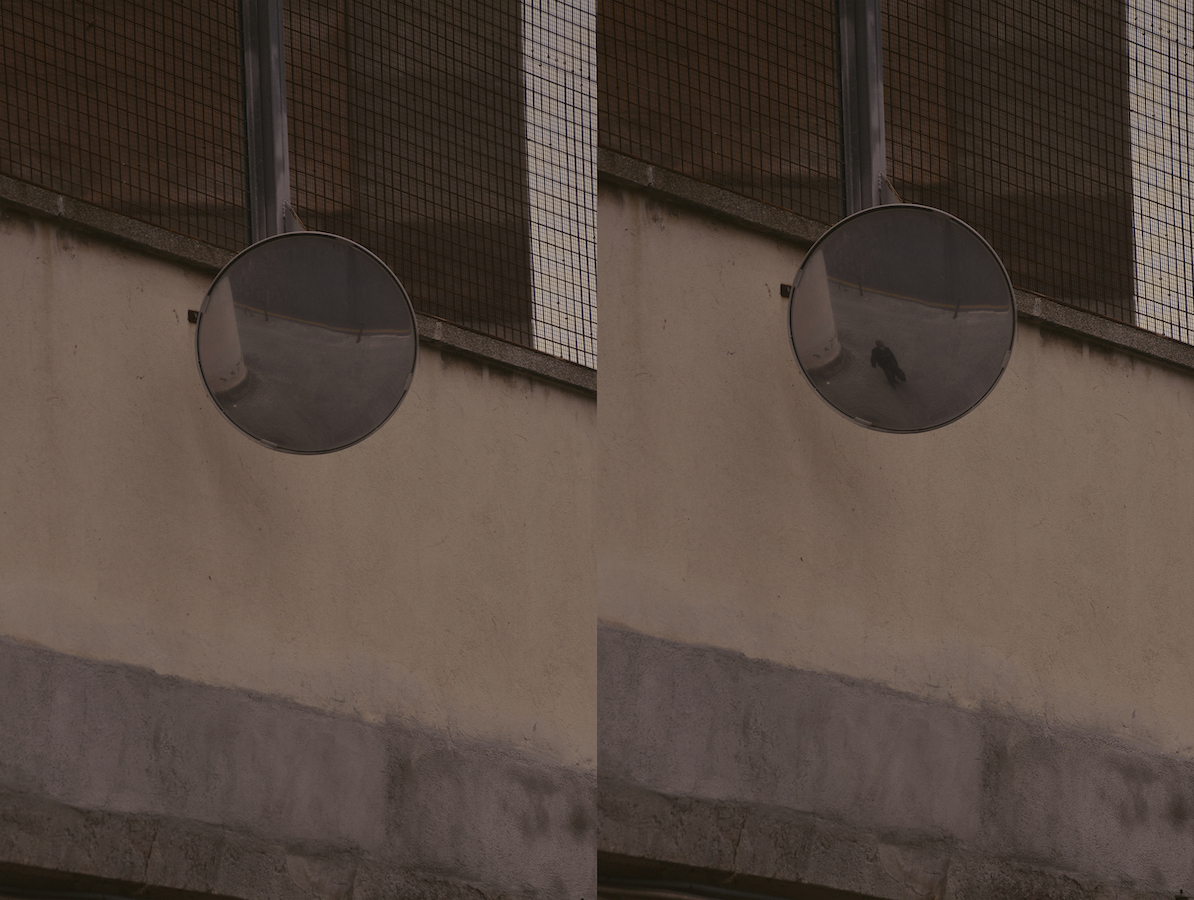 The book purposes a serious investigation of how we interpret photographic and cinematic culture by its insistence to understand sequence, frame, color and narrative as purposeful, driven or symptomatic of implied cinematic potential. It is beautifully designed and strictly limited, which is the only shame about it. I would like to see this beautiful object and work reproduced in larger quantity. Its dual ring binding and general handicraft being something of a rarity with self-published books. The design, the execution of concept and low production numbers make it something like a jewel and for this reason so far, though I have many other candidates for my favorite book of the year, I can say as of October 28th that this book has been the most profoundly affecting for me and reserves the top position thus far. If you get a chance to get this, please do. It is by far the most literate investigation between mediums that I have had the opportunity to lay my hands on. 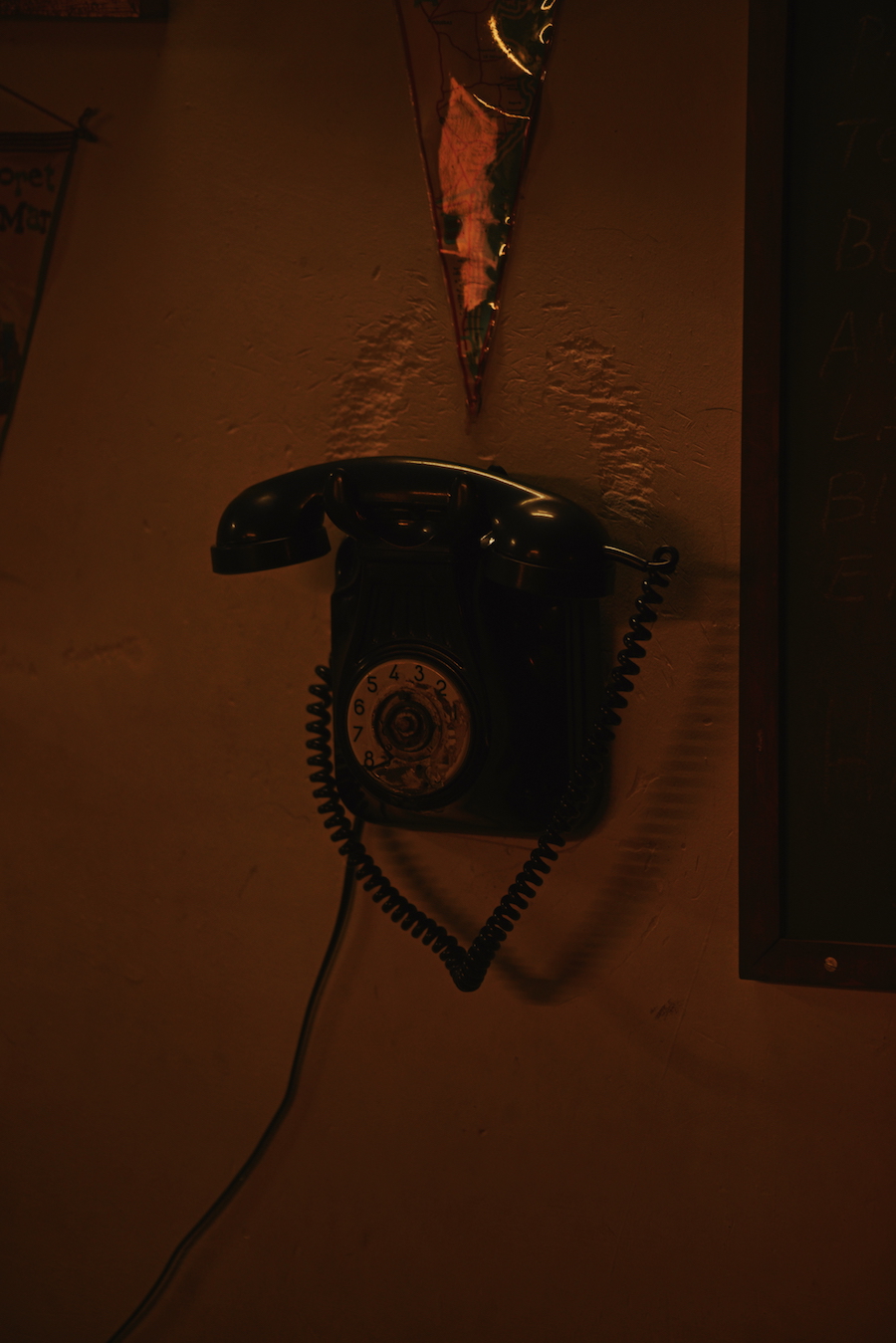