Robert Fludd (1574-1637), in his assertion that the world is first born of chaos, then divination by light, spirit and water was speaking in Post-Paracelsian terms of a Trinitarian divination of creation in which the origin of terrafirma, the terrestrial waters and lands which birthed human creation were a divine response in which humanity sprung forth directly from a mystical cosmology and a Godly desire to create the earth and man between a microcosmic and macrocosmic positions. Fludd’s dialogue extended to incorporate the “As above, So below” hermetic philosophy in which the heaven’s, impacted by divine grace were in effect a reflection of Spirit, blood and the light of God. He accepted that the earth, the land of all was in fact a summation of a heavenly pulse, a circulatory and encapsulated system in which all anima circled and flowed between what was above our heads and below our feet in a spherical physicality.

Moving the timeline back to earth some 12,800 years ago and again forward to the day in which I sit and pen my thoughts on Michael Lundgren’s exceptional Geomancy (Stanley Barker), I sit here reflecting on Fludd and also what we may consider the ante-diluvial state of earth as we know it today or rather, its inverse historical character as evidenced by our incongruent decisions to regard earth, its formation and our language with it-the Geomancy of which Lundgren speaks, as decidedly under-antiquated. We have lost faith and gained a more clear view of the earth, its human inhabitants and the language of its symbols, which prevail from sites prior to the as of yet unpronounceable study of cataclysmic events, which predate biblical timelines to nearly 10,800 year ago. I am speaking of the language of sites such as Gobekli Tempi in Turkey, the water erosion marks on the sphinx, cave painting in Lascaux, and most importantly aboriginal hypothesis about the beginnings of human migration and the trail of markings left in their wake.

There are several hypotheses now forming about these events, which suggest that around 12,800 years ago, the earth and whatever flora, fauna, and homokind that were present faced a defining event thought to be an asteroid strike causing extinction, floods and a considerable shift in how we view the land we consider formed by the will of God a very short time ago. My argument is not to regard recent philosophy on the matter as anti-spiritual or anti-Judeo Christian, but what I want to consider within Lundgren’s work and what he is hinting at is the longer history of earth shaped by these events. We could spend time speaking about the likely outcomes of earth being pelted by a near earth objects from the Taurid asteroid belt and we could speak on civilizations such as the Denizovans and their bracelets, but that would not be the point.

“It is strange. It is as if Carl Sagan had made a book with William Burroughs, Frank Herbert or Boris Vallejo in high definition colour about how they dialogue about our planet and its pathogenic possibilities”.

The point of Geomancy is to reflect on how humans have formed an inexplicable mark on the land in which petroglyphs and ancient carvings seek repertoire with their terrestrial home and contemporary citizens. There is a sacred worship, likely built on a relationship of fear. Man has understood his place in the cosmogony of things by deliberating over his mortality. In fear, we build a language before we build a language from love. We leave warnings before love letters and Lundgren’s book with its emphasis on abstracting geological and earthly bodies towards the Lovecraftian seeks to attract our attentions towards greater histories and greater reductions of form. The work feels alien in places as if there are questions, which can only be resolved by limiting physicality for metaphysical questioning. Rock and tree become dust and gnarled limb. The land unlocks a hermetic tradition before Lundgren’s lens and he questions the way in which the earth is trying to speak to us and us to it in its natural mode-the visages of man and his tireless decimation and terraforming become secondary. This is not about taming the land. It is not about the presentational mode of the necrotic-romantic sublime, it is about how we look at alien splendour and how we can see earth on a micro level in which fear and horror are explicably and deftly situated in a much older consciousness, a torrent of rough-hewn tongues speaking at us from beneath our feet and above our heads.

Beautiful and oversized, the book itself commands a weight of presence and thought by its sequencing and the choice to have us interpret the images of this spectacular and foreboding earth on its side. The images become abstracted to a state of deliberate obfuscation forcing the viewer to consider what is stable and what is tied to the hermetic traditions between mysticism, land and language-the idea of “right” or correct viewing absolved for deeper mysteries of the orb we encompass while on our way to work, picking the children up from school or any of the other vastly quotidian functions that humans serve on this rotating globe bent 23 degrees at its axis. It is strange. It is as if Carl Sagan had made a book with William Burroughs, Frank Herbert or Boris Vallejo in high definition colour about how they dialogue about our planet and its pathogenic and deadening possibilities. Beauty, splendour and a creepy necrotic sublime remind us of the incredibly small ways in which we accept and limit the true nature of our environment. Though I am apt to draw a climate peril through the work as a third reading, I want to forgo, because at its heart what Lundgren suggests is not a warning, but an observation, even a laugh at ourselves for believing we have an apoplectic and harnessed control of the earth we inhabit. 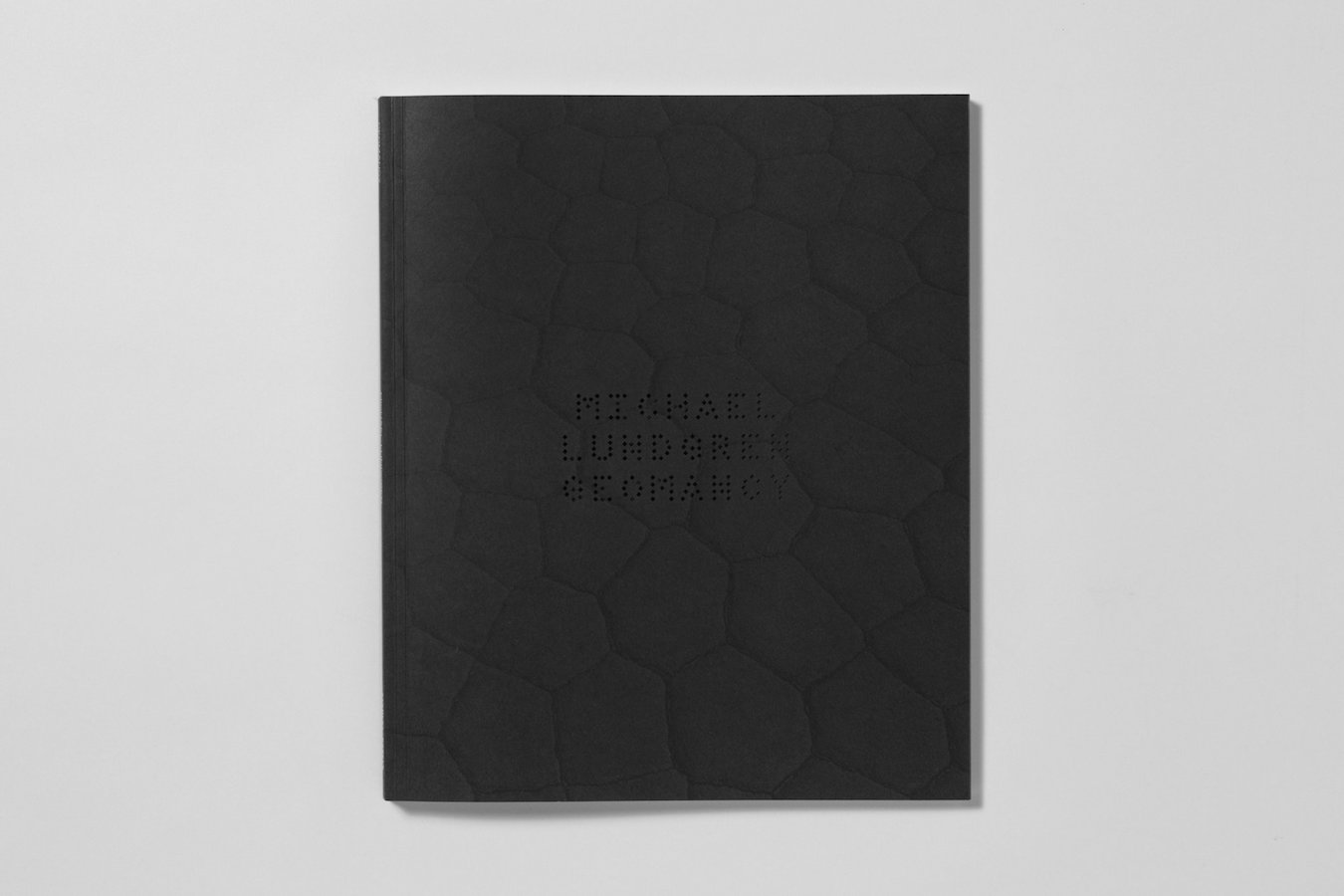