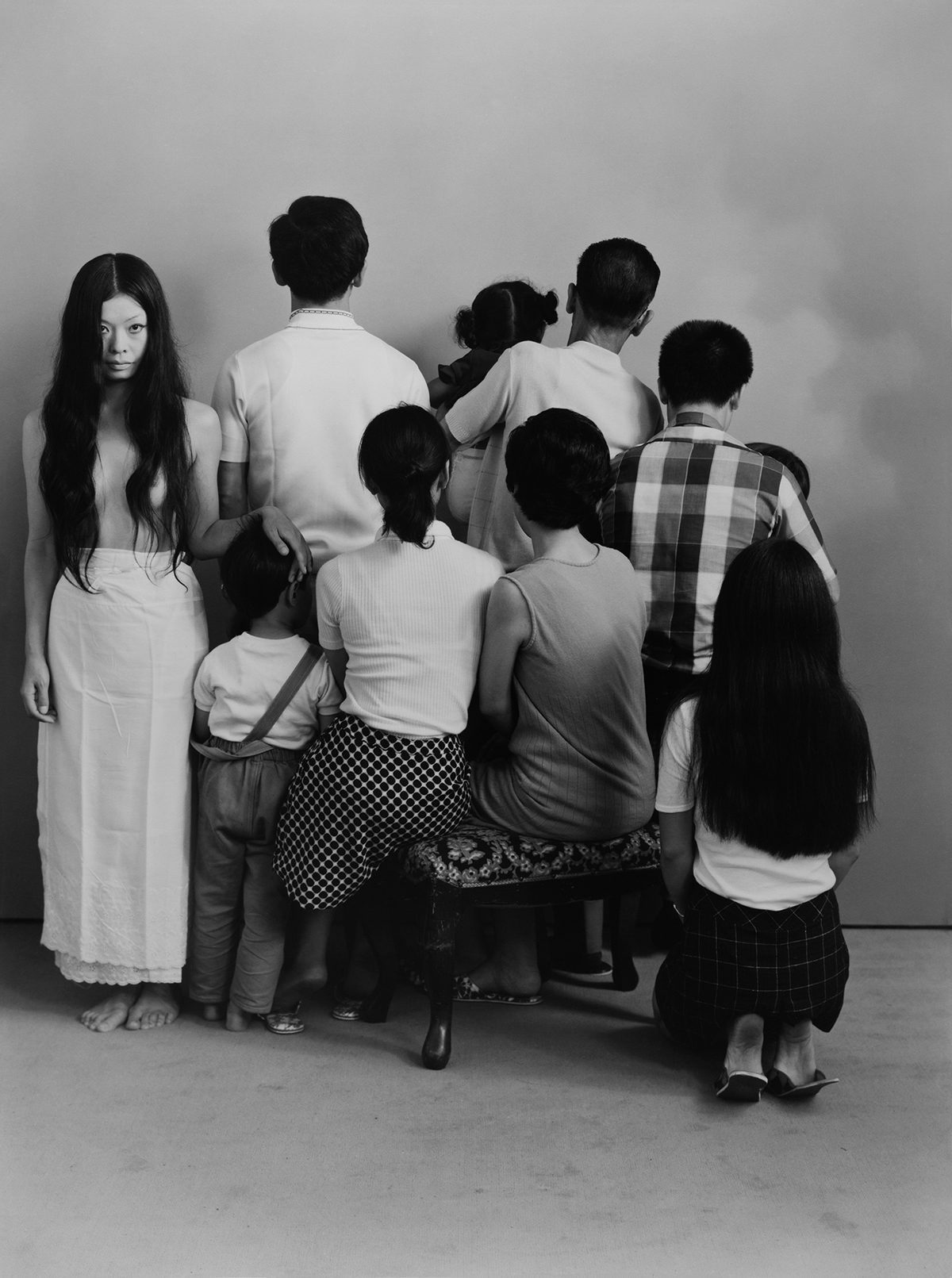 “Times change, we orchestrate ourselves to different locations and yet with nostalgia nothing need be lost. It can be found again. We can consider the death of an idea as being flexible to finality, but that is a different conversation”.

We tend to enshrine people and ideas with a certain sense of longing as they enter into the realm of the past. We lament our associations and we count our own affirmations of self through others or ideas that have ended. Shrine Building is an act closely associated with nostalgia, yet it is rarely considered to be an action that is governed before the loss of someone or something can occur. Nostalgia does not preclude loss, per se. Times change, we orchestrate ourselves to different locations and yet with nostalgia nothing need be lost. It can be found again. We can consider the death of an idea as being flexible to finality, but that is a different conversation. 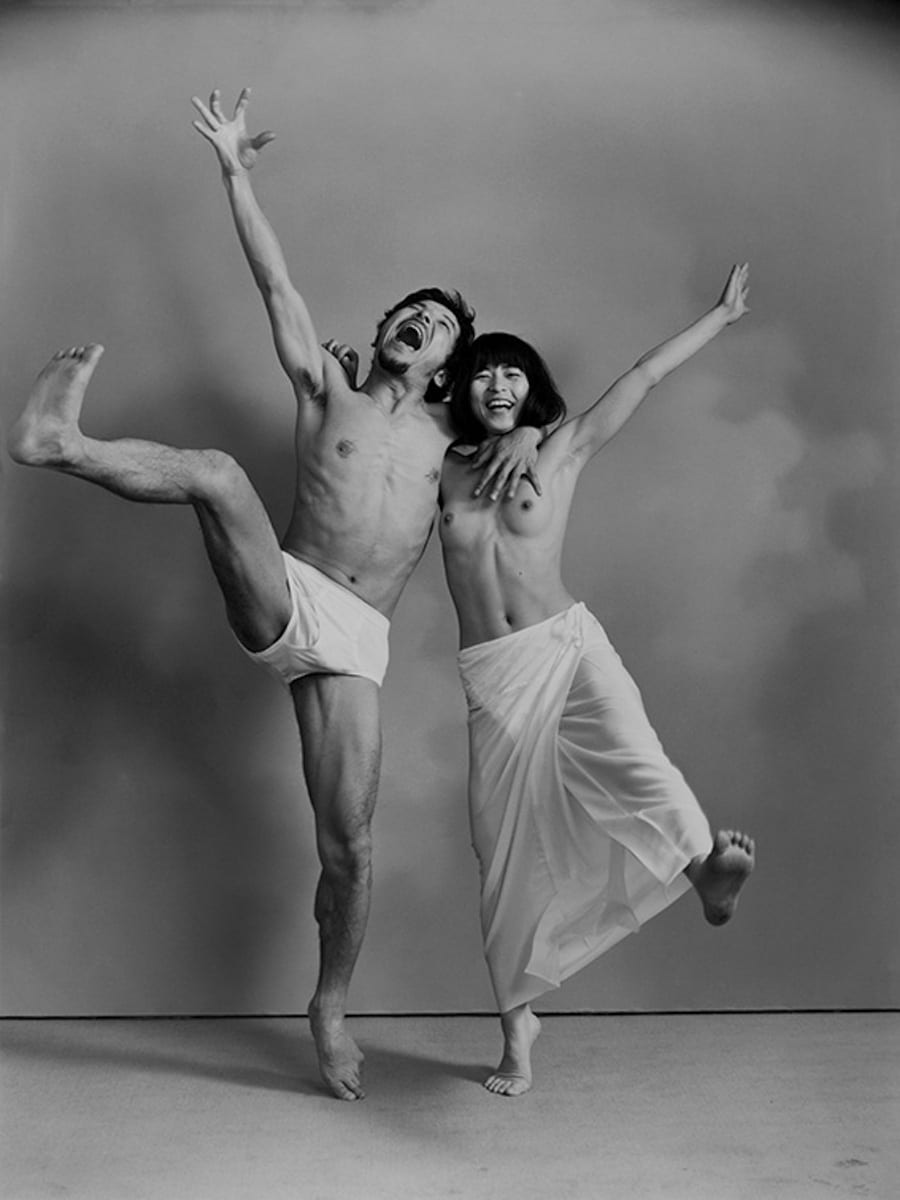 We reason that loss deserves a monument or memento to keep the presence or idea of the person alive. We consider the shrine and shrine building effort and enlist various effigies in which we place our own fears and anxieties regarding a certain known finality upon them. At some point, we will end. What the effigy or shrine considers is that to end is not necessarily to be forgotten. Legacies are strange and fallibly short lived affairs. In terms of human currency, they last but maybe one or two generations before the inevitable occurs, unless the rare subject is historically bound. In reality, we are conscious our whole lives of being forgotten and we rebel this fact by supplying others with memorial, that which we would have ourselves. Without being remembered in the long-term it is to suggest that we have failed to make an impression or mark on the world or the people within it. This sentiment begs the question then, of what point existence if we cannot control some minor aspect of our lives and of the surrounding world? 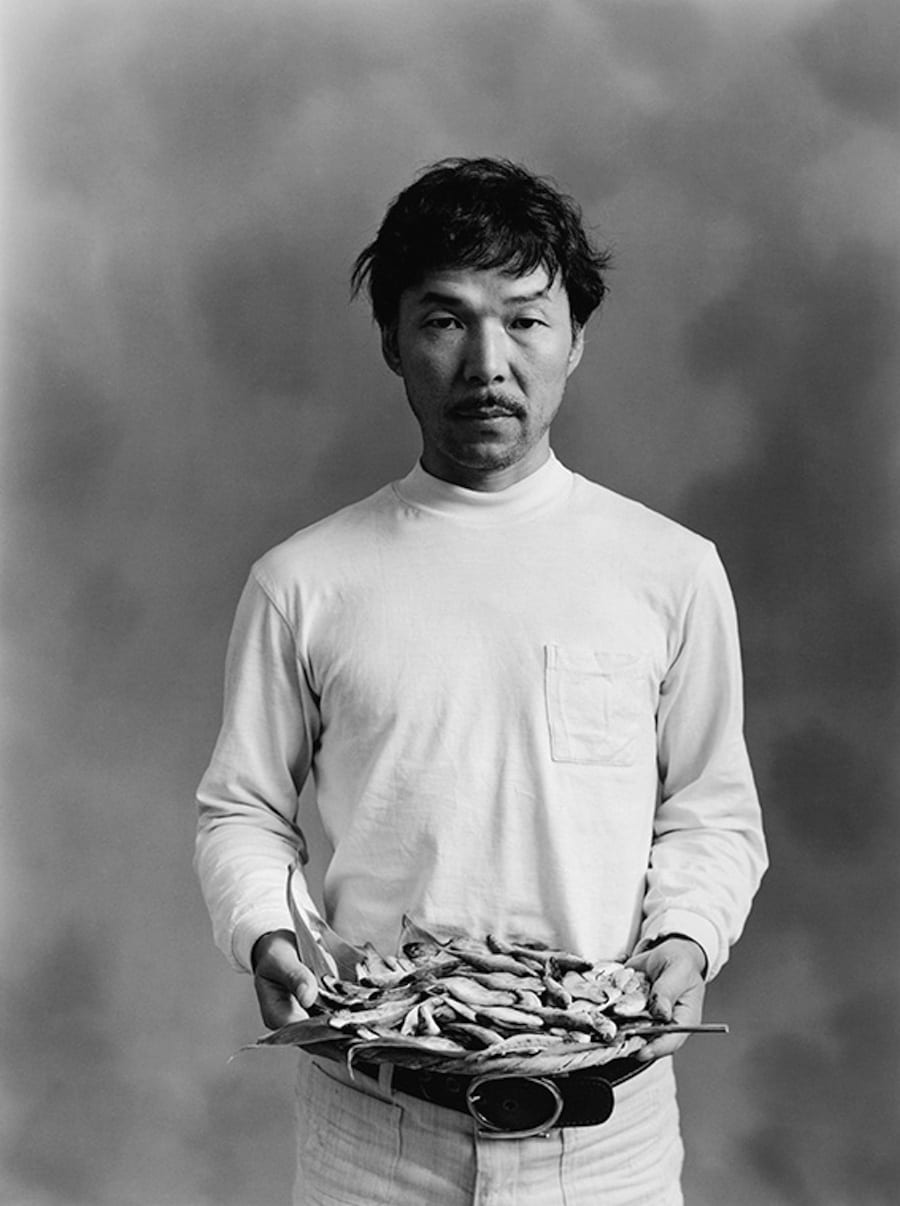 Masahisa Fukase’s Family (MACK, this edition) is an expressive look at the memorialization of those who will pass, have passed and how Fukase himself masters his position over death by communicating with its presence of absence through images. It is deceptive reading at first glance. If you are not acculturated to the Japanese customs surrounding death and how the image of the living are used in “i-ei” portraits-photographs taken in life, but which are presumed to be used in funerary custom, then you will possibly miss a turn regarding Fukase’s ever-present father in the work. Fukase’s father looms large in this work, but also in his work in general terms. The adoration of the strong-willed, but ailing father in Family exhibits a consistency in Fukase’s work as does the contemplation of death also found in Ravens, which the author was also working on at the same time this long form work was created and I do find it a body of part as whole and not the sum of parts, it is too consistent and memorials and shrines sometimes need a period of gestation to resolve themselves. I will take a moment to disagree that any images in this book are cruel, as my colleague Jörg Colberg has opined. They are in my opinion of a traditional mode of how artists work with their family over a long period of time-all scrapes, bruises and elations measured. The sittings in the work are bringing Fukase and his family together after periods of absence. Whereas they may feel exploitative, I think it would be a disservice to Fukase and the family to not imply that having wielded the helm of a photo studio for three generations that any participant in the process of making these images was without foreknowledge of what they were-this Jörg also points out in fairness. The Fukase family are complicit in making this work and they are one step beyond as they are amply aware of what photography is. That the condition of the father, in its deteriorating presence is difficult to see, does not necessarily imply cruelty of countenance, nor does the posing between father and son imply anything more than function. It is very easy to project on images like this with one’s own set of circumstances and in that, we must be very careful. 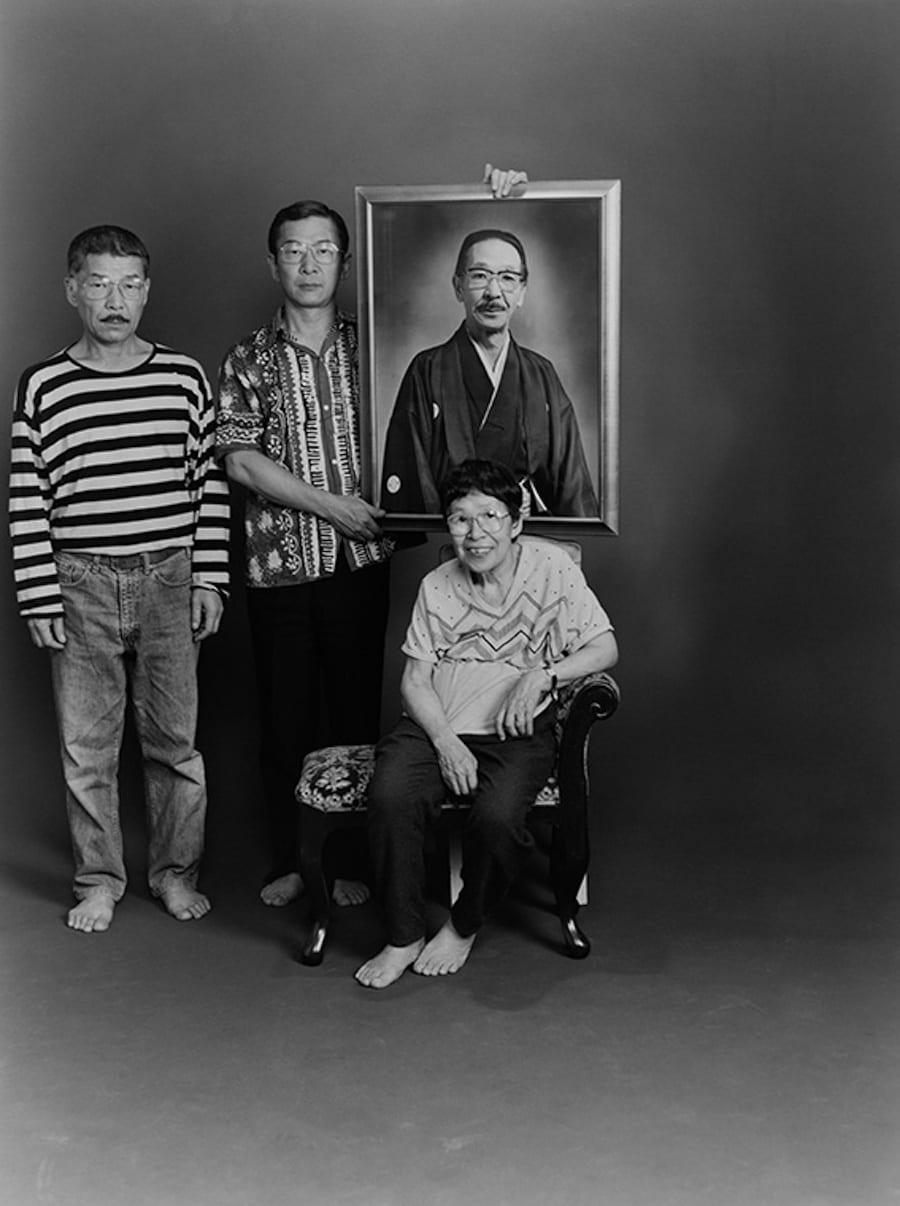 “I will take a moment to disagree that any images in this book are cruel, as my colleague Jörg Colberg has opined. They are in my opinion of a traditional mode of how artists work with their family over a long period of time-all scrapes, bruises and elations measured”.

The portraits seem so simple at first, looking like a Japanese Avedon playing with group photography. They look professional, but they exhibit a quality about them almost as if they were produced by a studio photographer bored at work. At first glance, the performative gestures and the mix of traditional clothing set against the modern clothes of some of the sitters pushes and pulls the viewer into reading the work as something about a changing Japan. This is of course, not an untruth. The back story of the studio and Fukase’s lack of role within, the young man having left to examine “art photography” instead of technical photography becomes part of the work, but without the family, the death of the studio itself would not be considered as consequential. All the elements need to be present to make this work what it is-the death and dissolve of a family, family business, and how the burden of the artists ego all contribute to the success of the work and its place in the history of the medium. 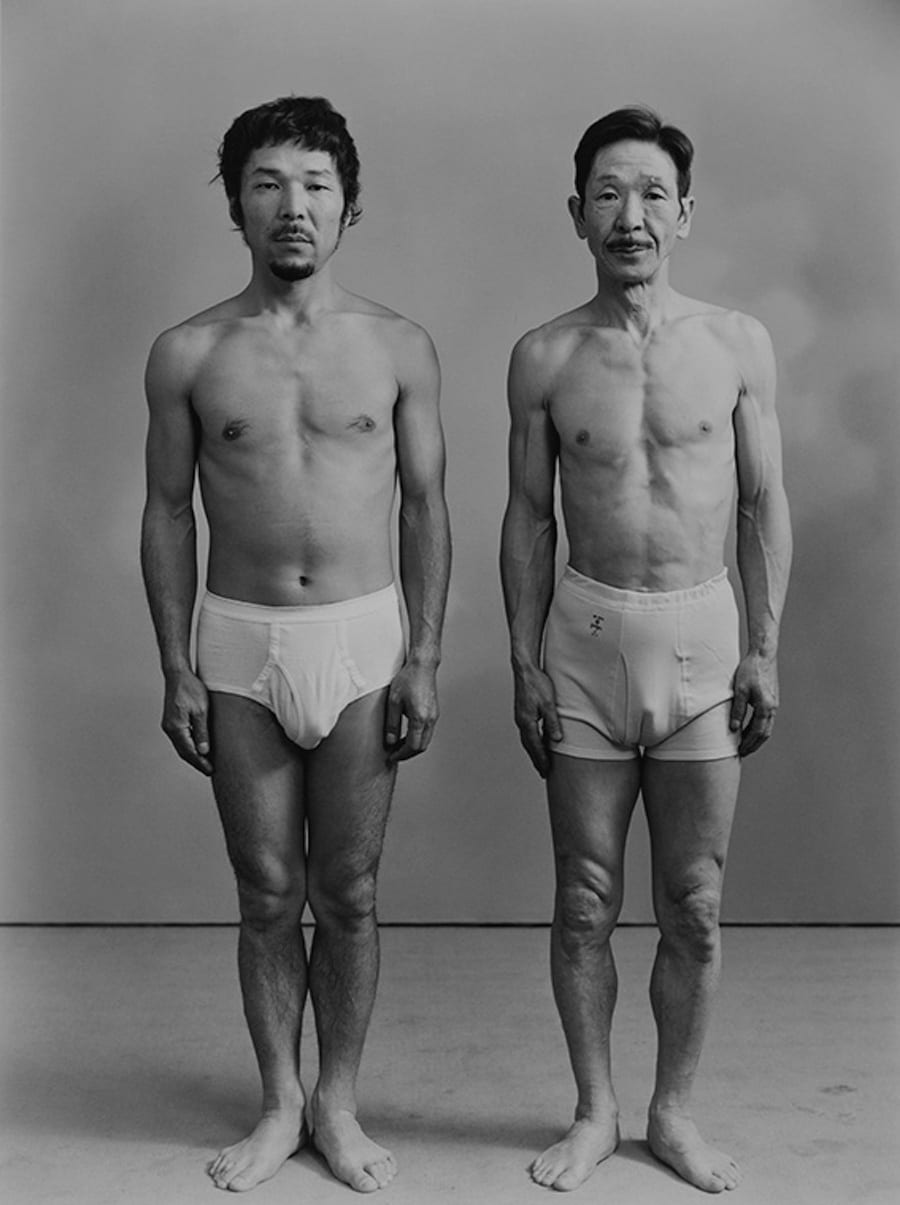 Using photographs within photographs to create soft elegies/memorials/shrines to loved ones or missing members of a group or family is not new. This was commonplace in the 19th Century, perhaps more so in Europe and America where infant mortality rates and general loss of life to disease, infection compacted life expectancy rates. I believe the median life expectancy at the beginning of the Twentieth Century was somewhere between early 30s and late 40s. What strikes one as odd in Family is that the use of such portraiture was an uncommon pursuit at the time of the book being made by Western standards at least. The image of Fukase’s five-year old niece who passed away moves within the book, the frame of her image, of her portrait held by her endearing mother over time exemplifies that loss never leaves you-and here again my disagreement with cruelty. It gives form to the body of work early on and its use is particularly difficult as it regards the loss of a child. In every portrait in which the frame the niece factors, I find myself being drawn first to it and then to her mother’s face which refuses me an invitation to interrogate her condition. The rest of the family becomes secondary, but this is because it is what lament does-it governs a principal to our response to the living.

The use of local theater actresses, their nude alabaster bodies placed in traditional undergarment seems almost an intentional distraction. This is not the case. What Fukase is suggesting is that even in the rapturous years of living, we are surrounded by oncoming loss. The naked bodies also suggest a closeness-particularly the portraits of the family members near nude. It is intimate. When it is conflicted with the portrait of his deceased niece, we begin to see a tidal shift in the work and what it would become towards the end with the loss of his father. 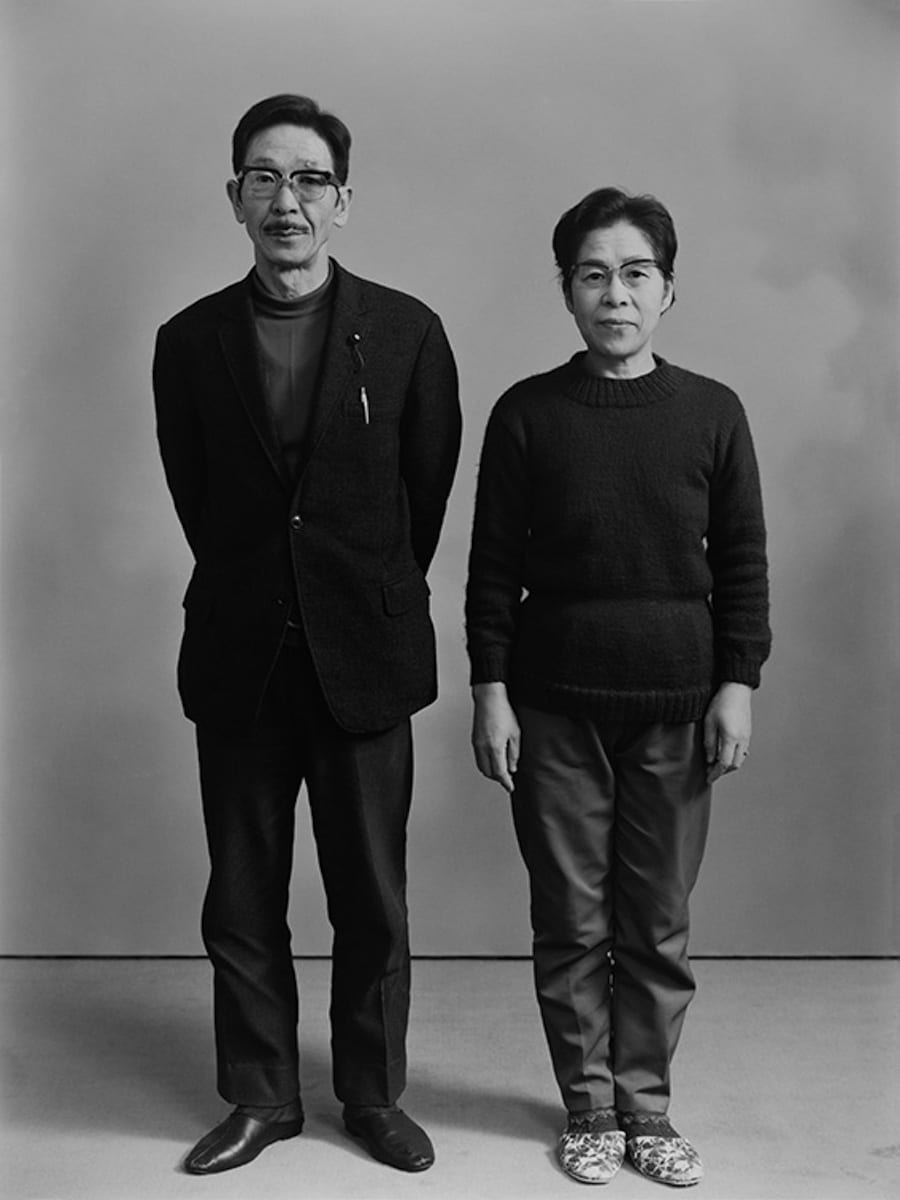 In closing, this is the kind of project that starts off so simply and possibly under a different directive, but is forced to by the many subjects involved to present a consistency that trumps the artist’s possible will to let his or her ego completely intervene. It is simple, direct and solid. The universal themes of birth, life, family, ageing and death are all present in a completely frontal way, which exposes the brilliance of its simplicity. The complex layers of the work are all implied in the enshrined by Fukase’s lens. Had I not spent time with the excellent essays by both Fukase and particularly Tomo Kosuga in the back of the book, I might have also missed some of the insight necessary to unlock the work. Fukase’s essay is so pared down in biographical terms that I am actually reminded of the stark portraits themselves. I have never really caved to the pressures of the Japanese photobook fetish as I feel somehow alien to the terrain and I have enough fetishes to keep my wallet busy. I realize that keeping this door and wallet closed becomes more and more difficult with each MACK Japanese title. For the Japanese photobook enthusiast, reprints like this may cause some consternation. It’s the same way I feel when I see a twenty-year old hipster with their coiffed melon sipping a latte wearing a Swans shirt. In the end, what is important is the way in which the channels of distribution open up the conversation to a larger audience and Fukase’s Family is so universal that it would be hard not to be understood. I am pleased to have been given the opportunity to reflect on Fukase with this reprint and also Ravens as it is doubtful that I would have picked up an overpriced and yellowing copy at any other point. Highly recommended. 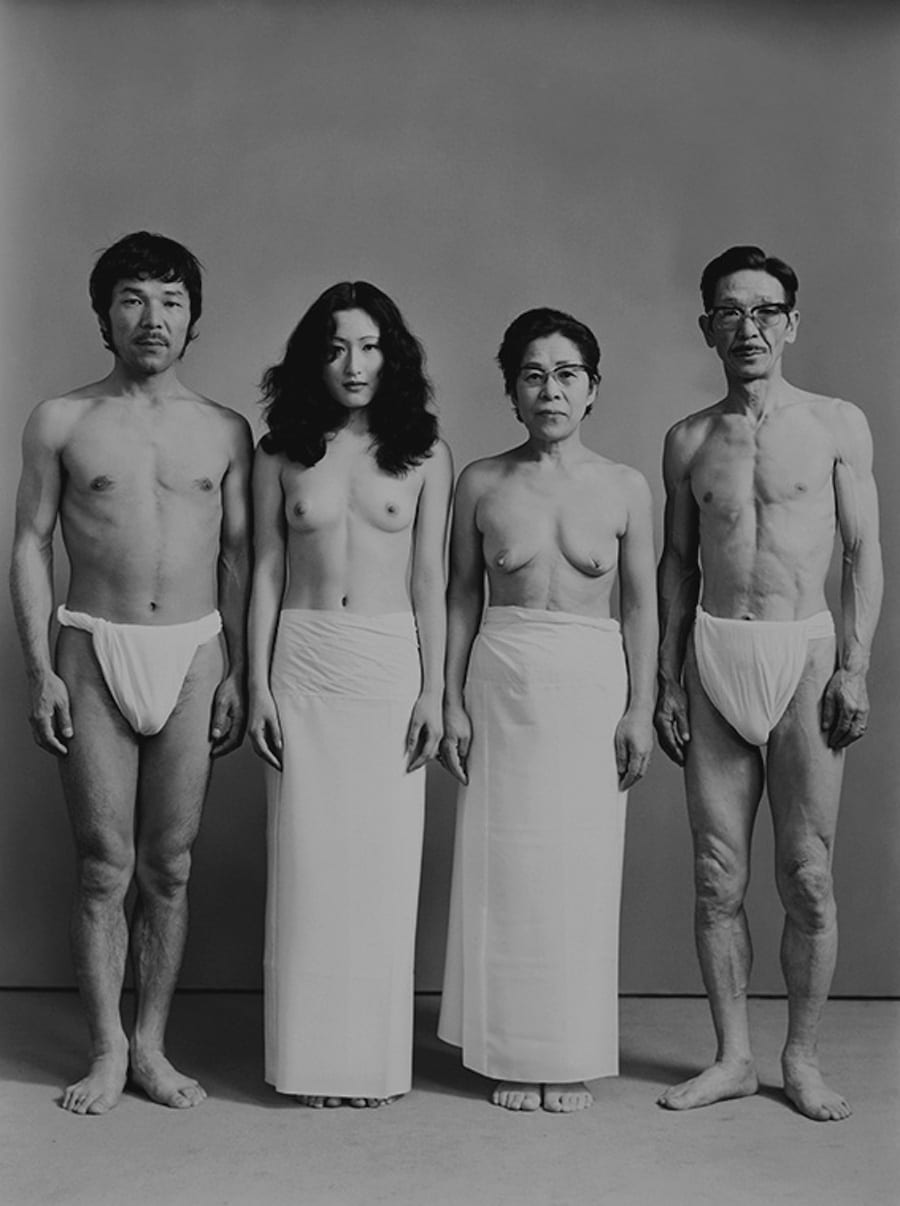