“The way a photographer “sees” and commits to an image is through experience. These experiences have very little to do with the camera and are built up over years of living-these experiences and the years that sponsor them are not always the glorious nostalgic highlights that we remember in their honey-dipped form, but are also formed of tragedy, comedy and a resistance to our inside force of direction”.

To experience the terrain and discourse found within photographic practice, one has to engage other vistas than what is already familiar to them. Of course, there is no absolute pre-diagnostic for how to see the world or how to take its picture. With photography, the tools that one needs have very little to do with the eyes of the operator or their “gear”. The way a photographer “sees” and commits to an image is through experience. These experiences have very little to do with the camera and are built up over years of living-these experiences and the years that sponsor them are not always the glorious nostalgic highlights that we remember in their honey-dipped form, but are also formed of tragedy, comedy and a resistance to our inside force of direction. And so the world that we photographers “see” is to be observed without hesitation as it is a world that commands our presence in order to achieve the distilled process of selection that results in our photographs and finally their collation as a body of work. 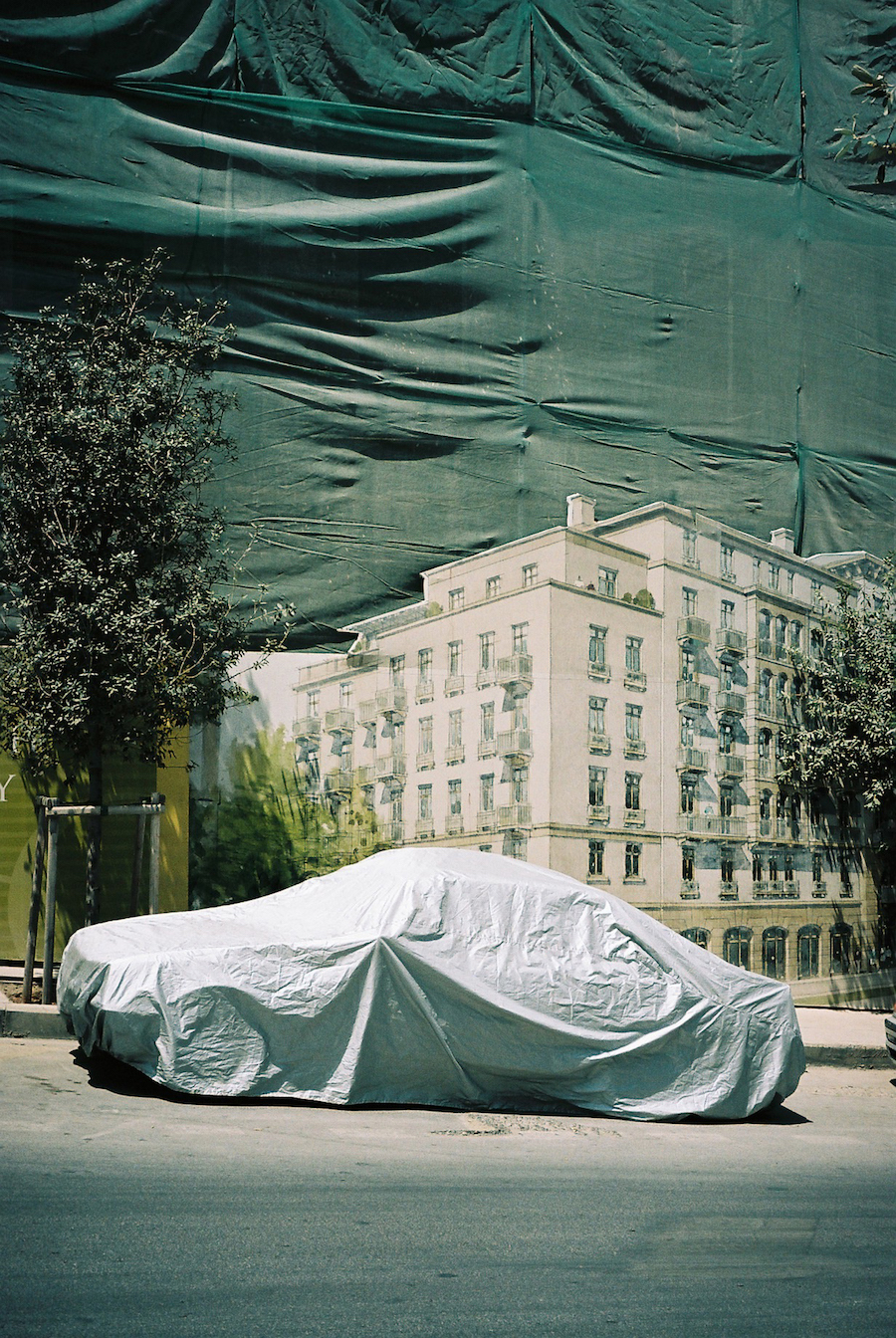 Some photographers will travel a great distance to look at a mound of coal and will be oddly aroused by its enormity and state as industrial waste. Some photographers will climb fences, challenge gods with sharp and glaring white teeth in order to put themselves in front of a disused, broken down and rusted carousel on the grounds of Pripyat, Chernobyl’s still radiated playground. And finally others, perhaps not so much photographer’s as mere daredevils or in my opinion, idiots, will climb to the top of the highest building, straddling the weather vein some 2722 feet above the sands of Dubai only to put it momentarily on their social media pages in an attempt to gather followers who in turn they believe will build them an economy of “likes”. This is the terrain of fools, not photographers and yet, the result will still in effect be that of an experience as grand as it is stupefying for the rest of us. 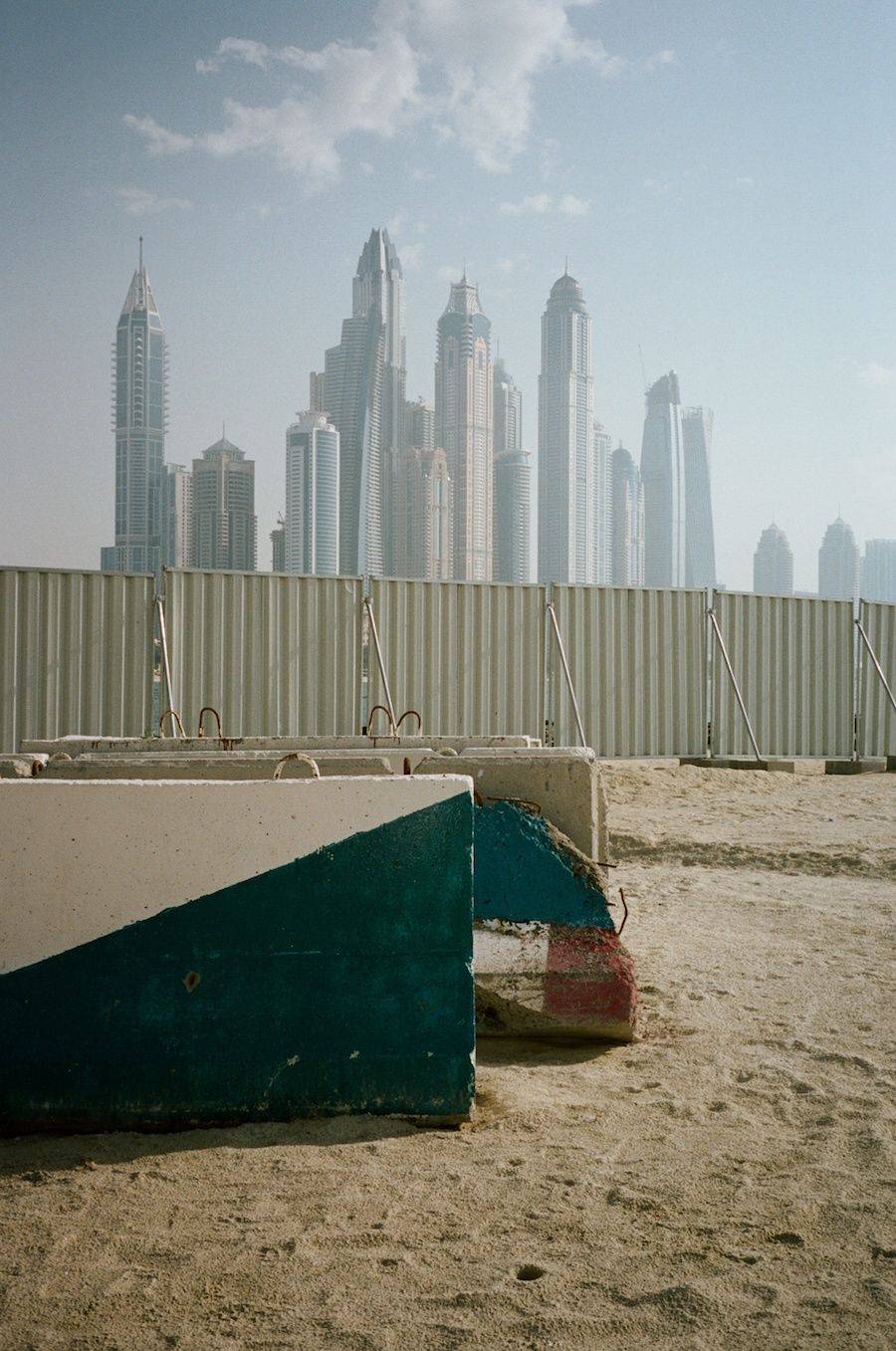 When photographers map new terrain in their minds, generally speaking they do so with a desire to see new lands and explore places they have not been. Often and if time, money and family allow for it, they simply hop on a train, plane or in their car and just “go” without reason, without direction and without too much forethought. Photographers tend to be spontaneous. Actual photographers are creatures at odds it seems with structure and repetition. If not to see anew, then what point for most who take their hobby, job or passion seriously? You can only take so many photographs of your natural environment before it becomes about duration and the quotidian over that of the act of photography itself and the experiences that you have forged with the outside world. 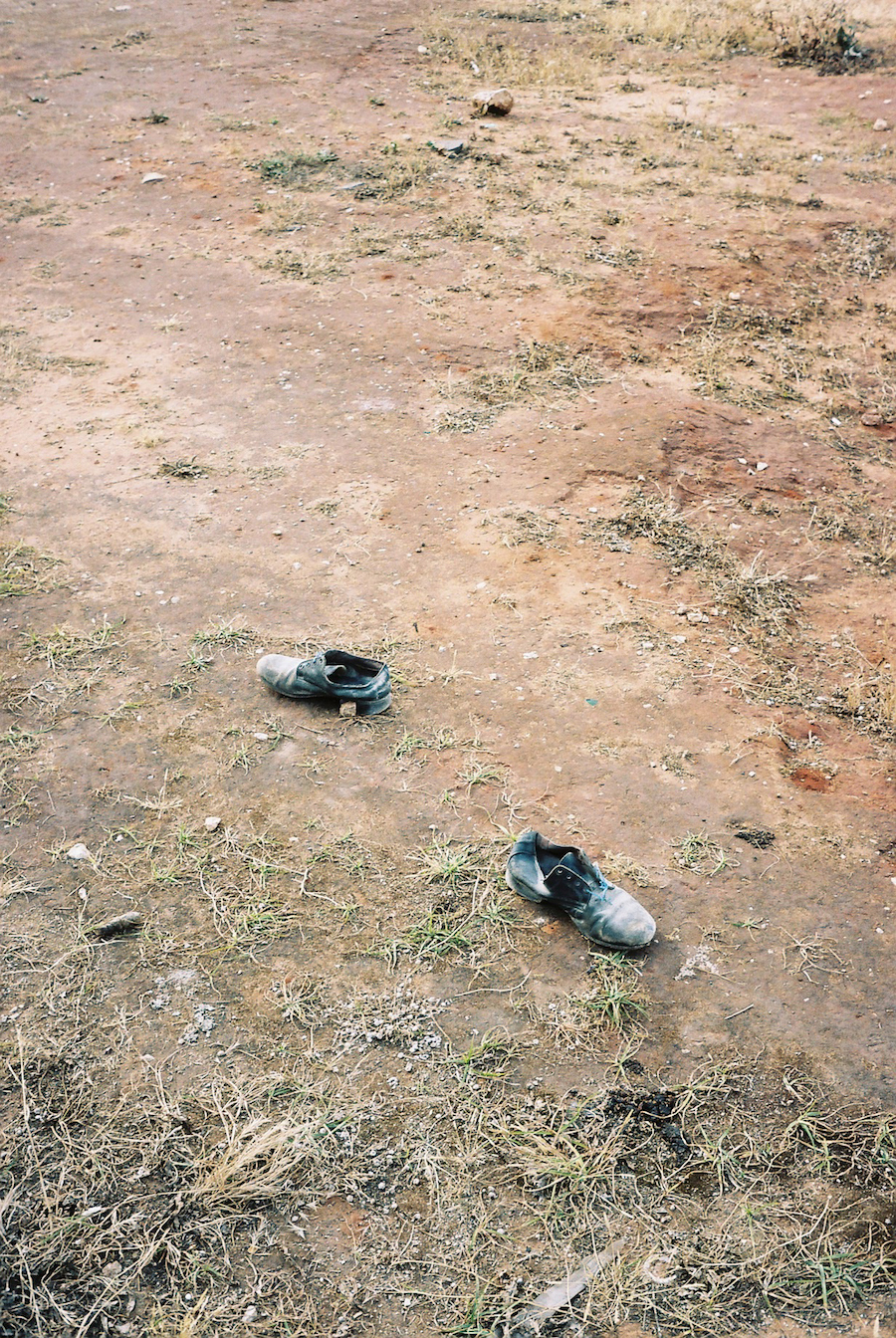 Without the insatiable curiosity that so defines the photographer and often, the writer, one cannot, without great and exceeding effort stay committed or excited by the act of documentation if we shall call it that. Those experiences which we have fostered, given over to and have hidden deep within the recesses of our psyche yearn for a creative release-a gesture that warrants our presence in the world itself. In the case of Martin Stöbich, this is certainly the case. With an intrepid mind, Stöbich has travelled fairly far and wide in his life and it is evident in his photographs. So far indeed that I am lucky enough to count his photography in Focus Group A as outlined previously-a real photographer daring enough to “see” and yet nowhere nearly stupid enough to “brave” the towers of the Burj Khalifa in order to snap a quick Selfie to put on his Instagram. 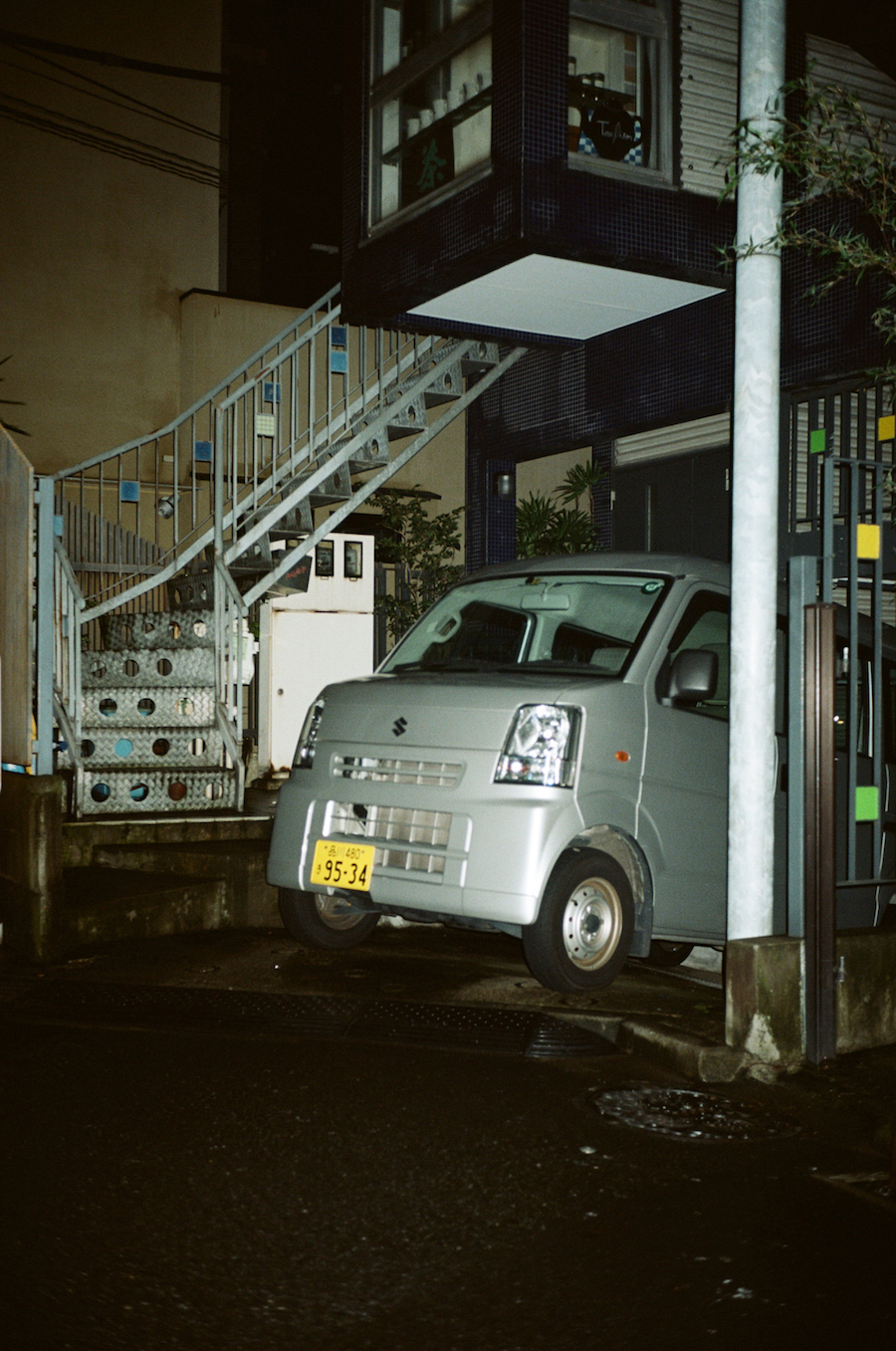 Martin as it stands has been to the UAE and he has come back with a certain set of experiences and photographs that prove it. In as much as I may have mentioned the plunging deaths of Selfie-takers as a personal bit of schadenfreude, I do not in any way think that Martin’s journey to the UAE and the uncomfortable confines in which he found himself can in any way, be spoken about in terms of “fun”. And yet, here is one of three tomes full of photography in my hands that speak differently. 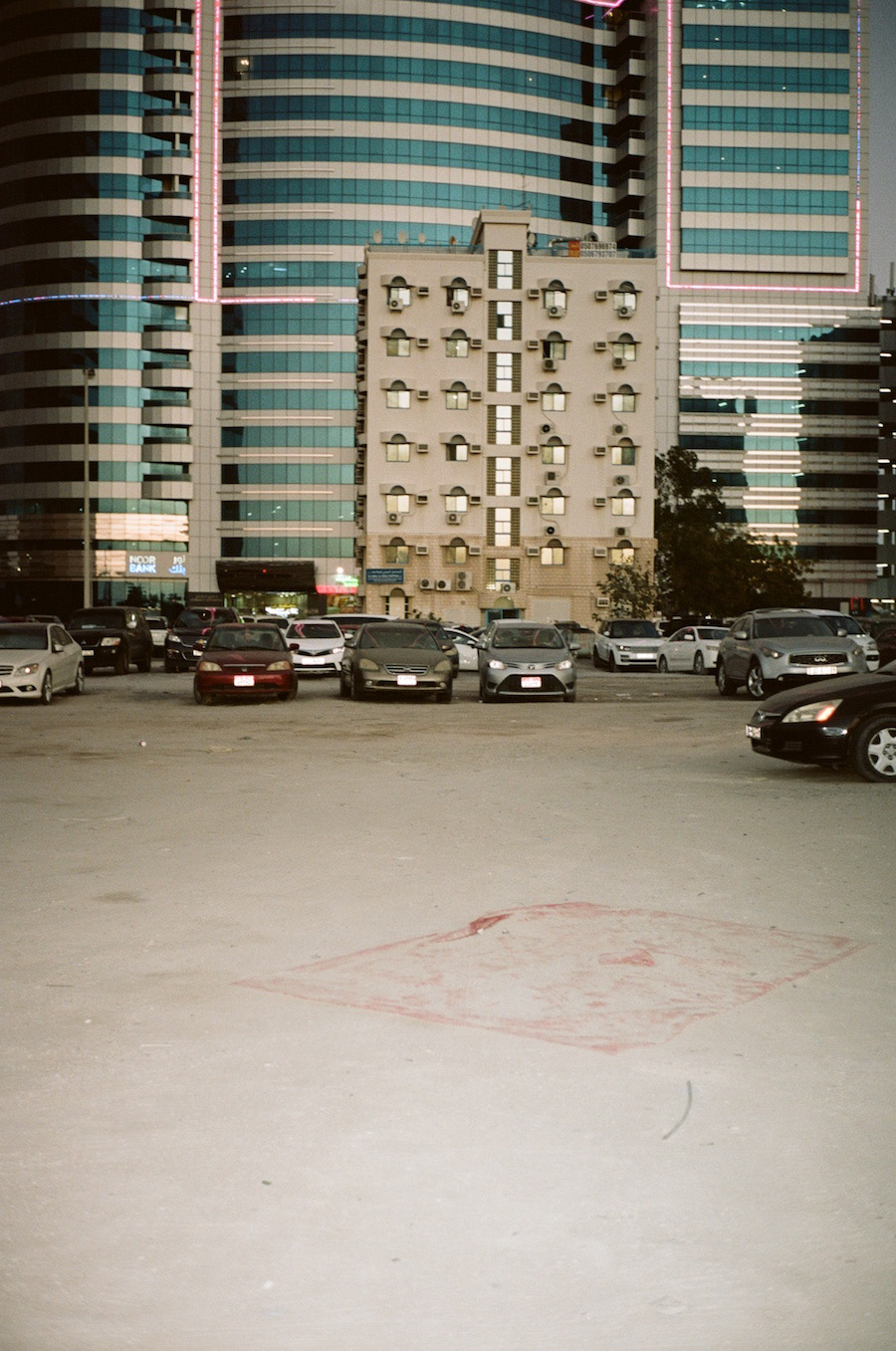 I see a world of sand and glass and the compulsion to think of that arid and dry geographic materiality is solidified by the sand paper like cover, tan in color and clever in composition that houses the experiences and photographs Martin had in the UAE where he spent four days in jail. These photographs of the UAE are full of investigative wonder and playful dialogue between each image, superbly edited and crafted at points into a gentle soliloquy, which ruminates about seeing the wide world. The book is at other points so intentionally claustrophobic that I can see the experiences that have left their mark on our protagonist-and what was the deed so disdainful that Martin spent four days in jail and lost his passport, mobile and confidence? Taking pictures in the Happy UAE. If there was ever a misnomer fit for such an experience, the “Happy” UAE is may certainly be it. One might expect Stöbich to slide those files and memories of his trip into a drawer with perhaps a few other odd and uncomfortable memories, but he has not. Instead, Martin assessed, got down to it and produced the first of three phenomenal photography books-lets think of them as chapters or better lessons in his book of life, documented brilliantly in resplendent chaos.

“There are of course the religious elements, Catholic by interpretation in which we see the Virgin Mary several times nestled in and out of corners in various states of blue and ruin-one particular image of the virgin is seen within a short proximity to an air conditioning unit reminding us that Beirut knows how to keep their virgins cool”.

Stöbich’s second volume in this trilogy for which you are assembled now to vicariously share in part his experiences, takes place in similar climes. Though it is not so far away, stationed on the map somewhere also in the greater Middle East, Beirut is a city full contradictions I am told (mostly through Martin’s photographs). It is at once Arabian by geography, but compellingly biblical by historical narrative and it seems to offer this crisis of identity on every shop front window and every coffin-lined recess (in case you are unable to see it, there is a very strange image of a coffin shop early on in the book). The Beirut volume of Martin’s experiences leaves behind the outright and purposeful claustrophobia found in his UAE experiences and presents parables throughout. There are of course the religious elements, Catholic by interpretation in which we see the Virgin Mary several times nestled in and out of corners in various states of blue and ruin-one particular image of the virgin is seen within a short proximity to an air conditioning unit reminding us that Beirut knows how to keep their virgins cool. 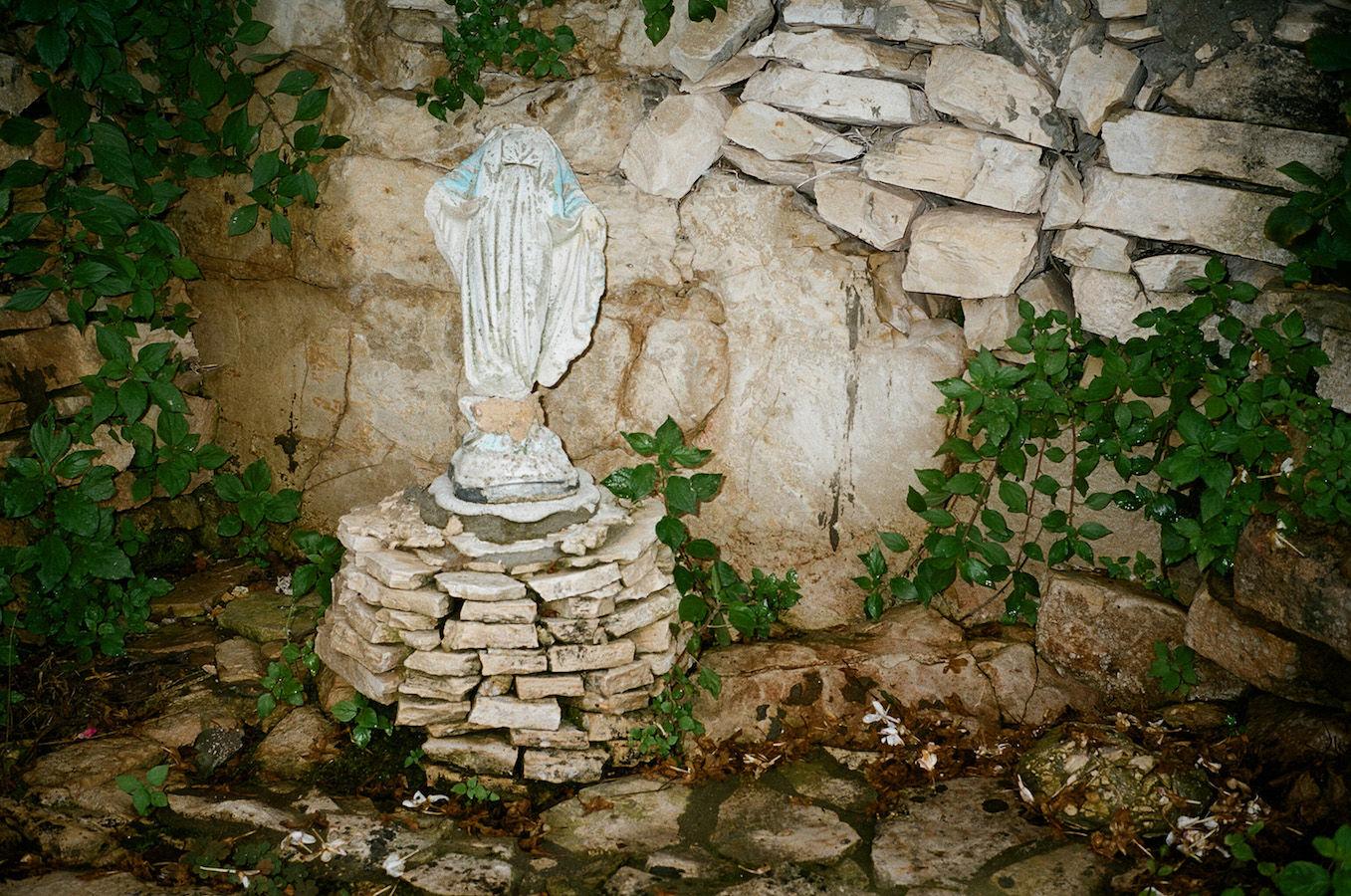 Throughout, I am reminded of how contradictory our civilization has become through its landscapes. In one photograph, a shoe (as seen in Martin’s photograph) is dead set on heading East and the other, its compatriot is seen heading due West and probably no better metaphor has existed for the Middle East in recent times. New buildings rise up from the dust, sprouting glass hats and avoiding ornament for steel. A good number of these buildings, like the good virgin herself are shrouded in veils, offering tantalizing voluptuous forms while regaling the virtue of a civic presence. Louis Vuitton and Spiderman make an appearance and in the distance a nighttime mosque is lit from the floodlights below. All of these experiences I am gathering from Martin. I am left to my own device and yet, I feel the wandering spirit of his images taking hold. 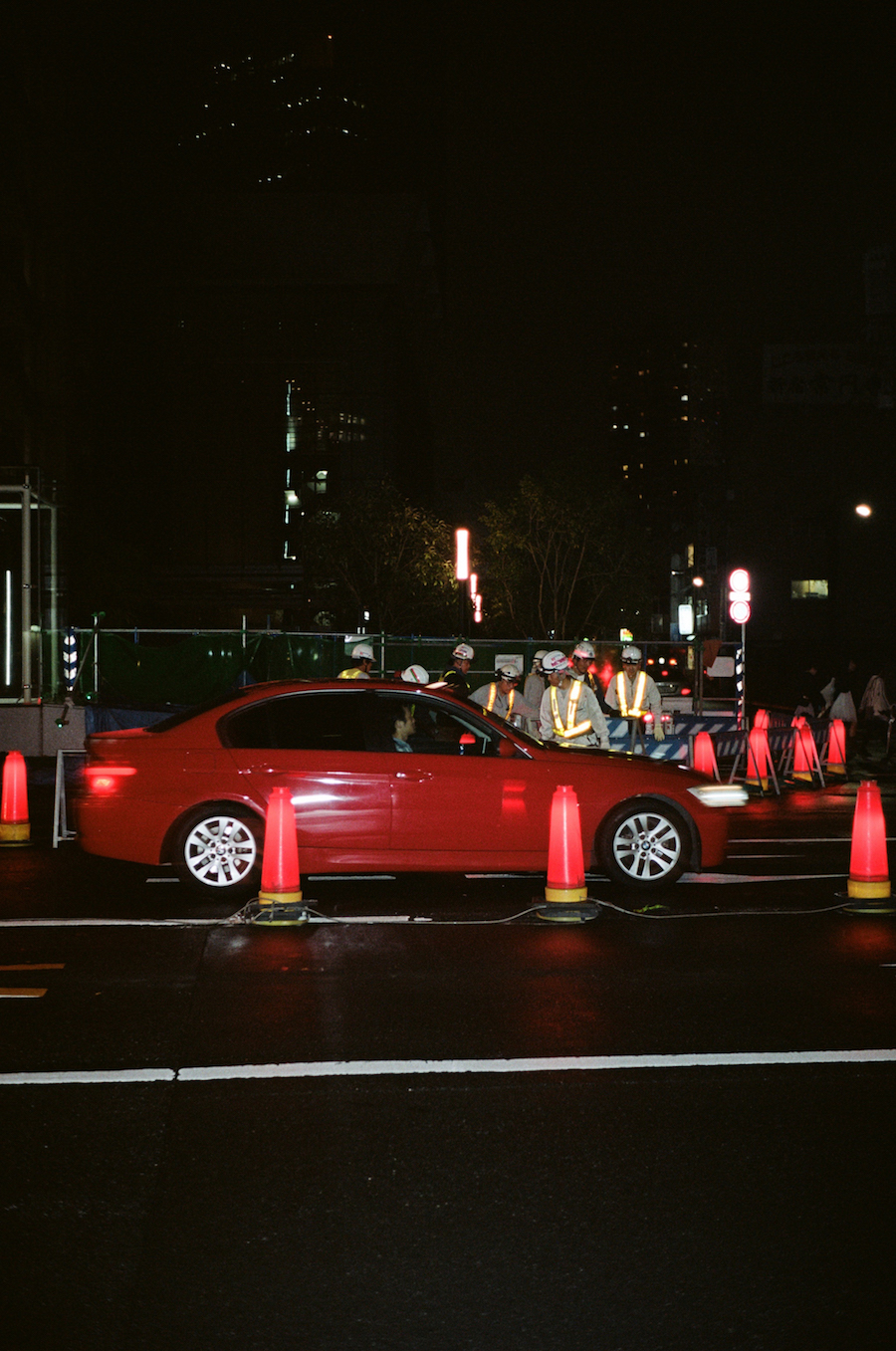 Finally, Martin brings us to Japan, with a very fine emphasis on Tokyo, but also the obligatory photograph of Mt. Fuji, appropriately and hilariously titled on the cover of his book “Tokyo and one Picture of Mt. Fuji”. Here, the chaos of the Middle East is traded for the obsessive orderliness of Japanese culture. Certain known cultural signifiers re-align my imagination to the Far East. Visions of progressive industrial culture as seen through the worship of the automobile, the cosmic notion that Japan is better photographed at night as seen through the culture of its own photography. Within the work I spy the the ancient totems of a Japan always resisting its roots for its futures and vice-versa-I see old rickety wooden houses, small in nature, yet impervious to earthquakes stacked in the back courtyards of newer “Neat and Clean” apartment complexes. The Japanese compulsion to order is often seen as a duplicitous façade for the repression of its post-war collective traumas and the innate shelving of emotion and I see this in Martin’s images. Garages that can barely contain their vehicles-ever so perfect the spacing, the cosmetic gardening and the way in which power lines nestle in between trees perfectly yearning for natural chaos. 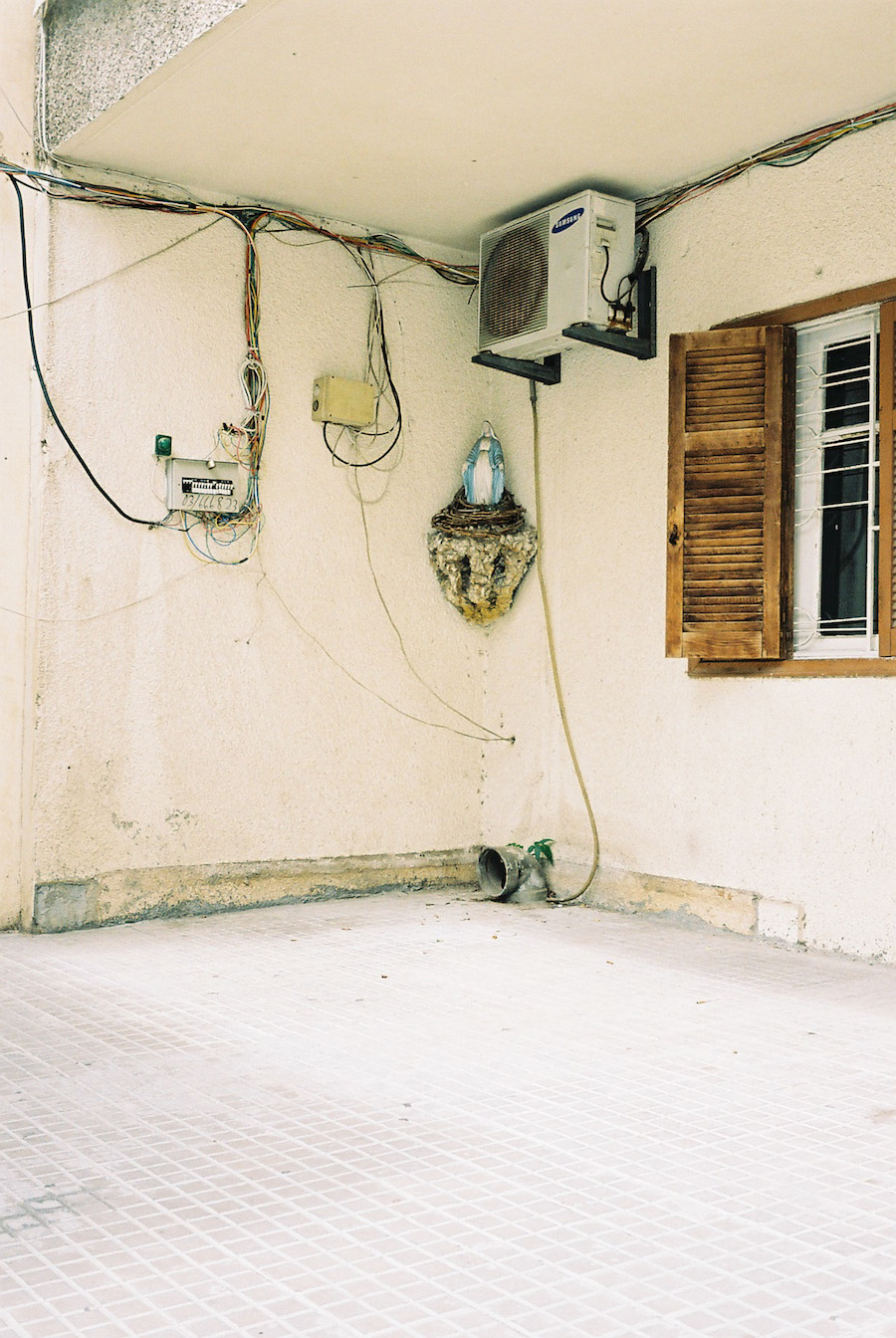 These experiences cannot be duplicated as they are his and the triggers in which our individual perceptions of Martin’s images are shaped will vary widely. Perhaps with time, even Martin’s own memory of these images will be fuzzy and somehow attuned to a different purpose in life, which was clearly and definably the act of living and the secondary act of making a footnote of it to remember it all by.

Beirut / Tokyo 東京 and one picture of Mt. Fuji / Happy in the U.A.E.