“From there it is all ticker tape and pumpkin pie. From the position in front of its double, it’s the smell of Baltimore’s burning brownstone wires and antiseptic hand sanitizer ironically left on the church pew”.

“That is no longer considered autonomy. That friend is unfettered barbarism”. No stronger words have been heard to echo the strange canyons and valleys of the tin-plated rust belt of America’s heartland. The thrust of each and every word calculated to at once discuss a past, present and perhaps dangerous future. America, the great leviathan crashing on shores the world round is embattled in a particular moment in which the sum total of its parts no longer accurately resembles its image in the mirror that it holds up to itself. What it finds instead is something more sinister. It is the reflection it sees glaring back that resembles its past, but is seemingly at disparate ends with the character that it has assumed and assessed itself to be-cracks outnumber the smooth contours of its face now and its pleas for a healing ointment cannot be heard from under the echoes of a grand celebration; a sonorous and deafening clapping resounds from its past achievements and glories. From there it is all ticker tape and pumpkin pie. From the position in front of its double, it’s the smell of Baltimore’s burning brownstone wires and antiseptic hand sanitizer ironically left on the church pew.

To walk or drive the slovenly industrial or desert sprawl that covers much of America, one needs a steely countenance to embrace the implausible contradictions that vanish on both sides of the asphalt behind the wheel. What is that statement about objects in the rear view? That is another lie we tell ourselves to cope with the tipping point of our power from its apex to its slow, but immeasurable and oncoming decline. Too numerous are the moments left in which something can and should go wrong. 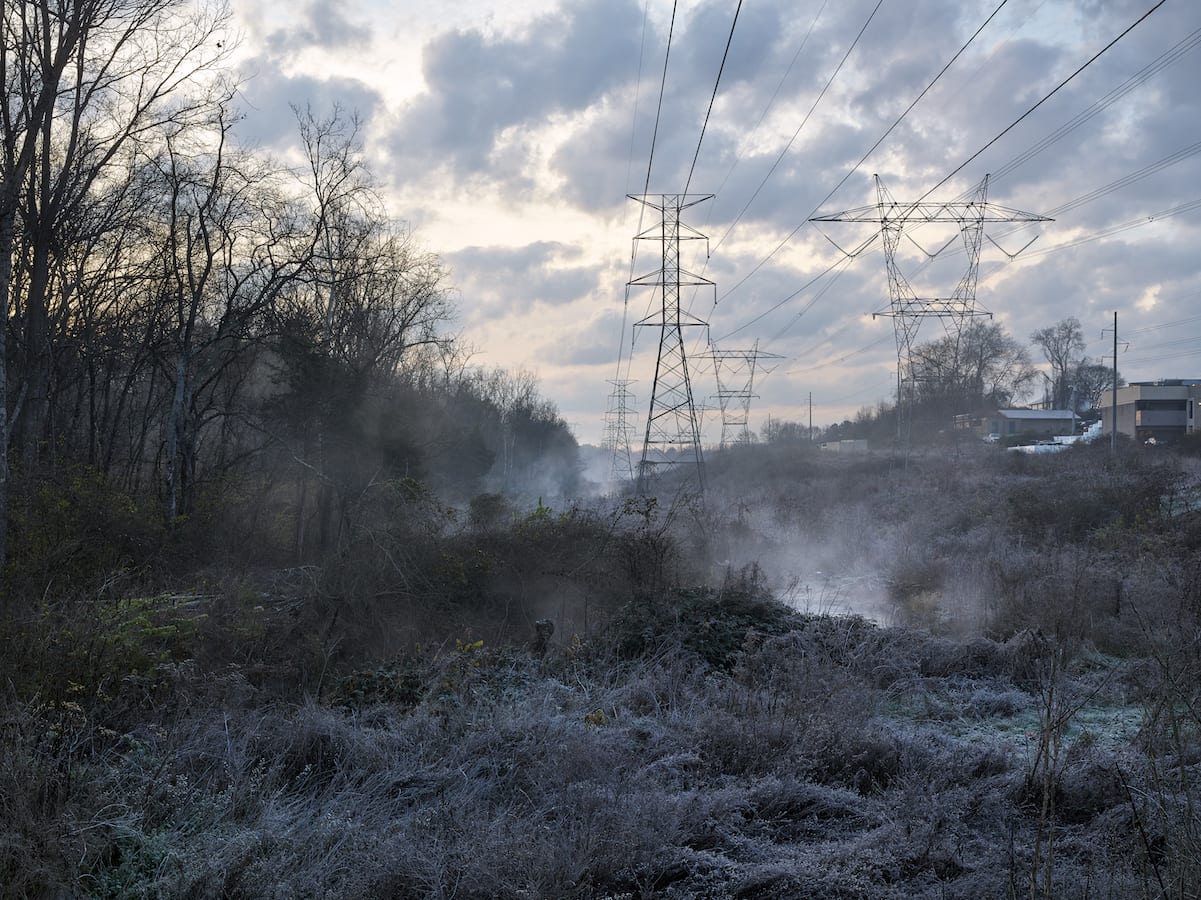 Not all is woe in the burnt out husk of a nation. People, the few that remain here believe in something. Ladies in waiting worship at a chemically stripped brick wall- the parking lot of this brick wall becomes a impromptu Jerusalem facing the wrong direction. Religious revivalism can be seen sequestered from the side of the road, one rusty haphazard nail abutting a piece of white and sullied cloth, a dire indicator that to surrender is not to necessarily give up. There are less people. The conflagration of the Good Samaritan Hospital, its black smoke-stained walls a reminder, a testament to Selma’s marching past. Here are the ruins that America still struggles to identify in itself and yet, it will parade the air-conditioned head of Abraham Lincoln as a gesture that it tried. This is a terminus of sorts. This is where the laborer observes the trapped and castigates mural of the astronaut and the uncomfortable wax grin of a man that is likely Leonid Brezhnev, but in all possibility could be The Gipper. It’s all the same with these self-important white men handling our reflection. 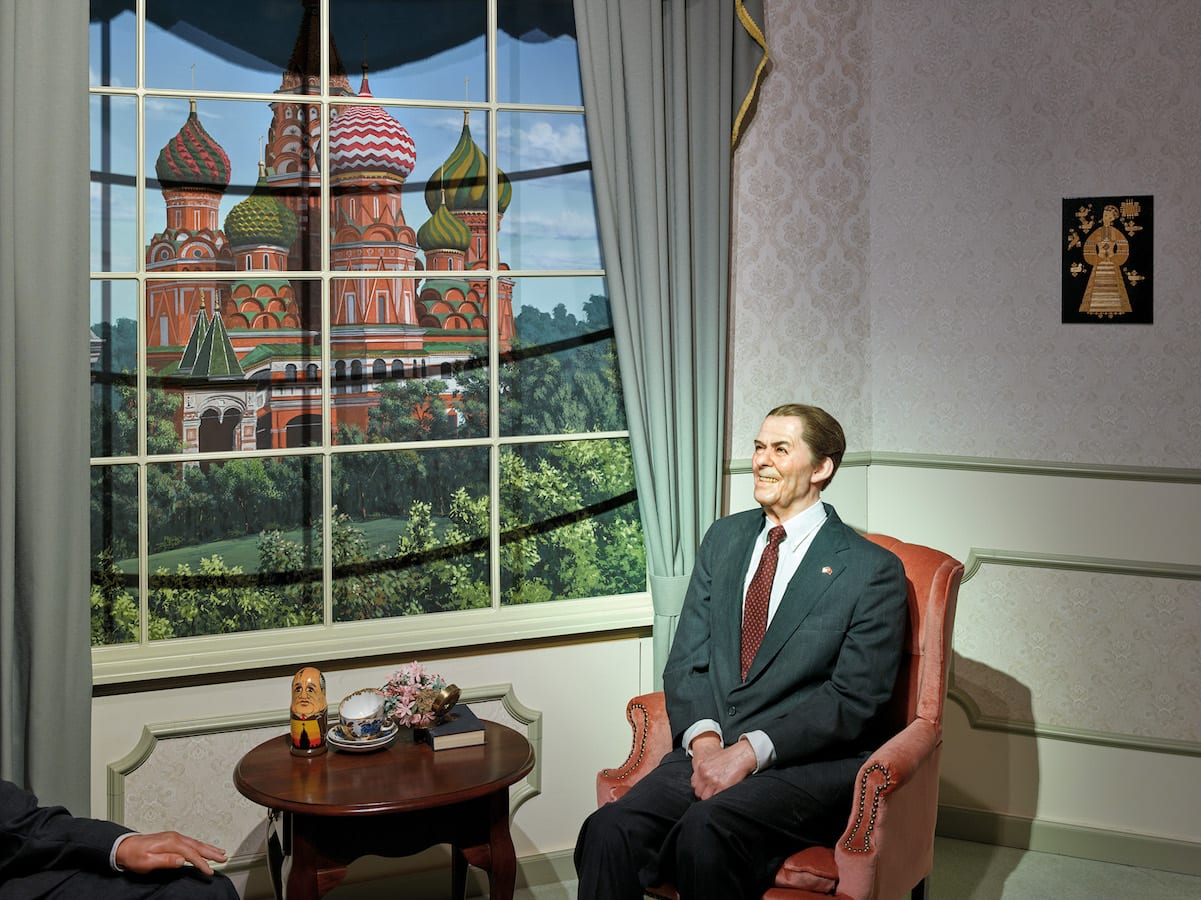 “This is a terminus of sorts. This is where the laborer observes the trapped and castigates mural of the astronaut and the uncomfortable wax grin of a man that is likely Leonid Brezhnev, but in all possibility could be The Gipper”.

I have handled the review of Mark Power’s second and much needed opus with a flair for the literary, though I struggle to write about such serious matters without this sort of metaphor. Good Morning, America Volume II (GOST) picks up where volume I left off. I can measure the obvious factors that I spotted right away which makes this volume different from its predecessor. Most obviously is that the rainbow Mark is building in terms of cloth covers has switched from the autumnal pumpkin to the cooler Green/blue Native American turquoise. The color palette of the images inside has also shifted from the fall season to a more calculated and wintery approach. There is a cooling off of sorts, though I am not sure that was something intended. I cannot help but relate the seasons within this expanding body of work, though knowing there will be five volumes spins this seasonal idea of mine somewhat out of its commitment numerologically speaking. Night is however, a fifth season if I might digress. 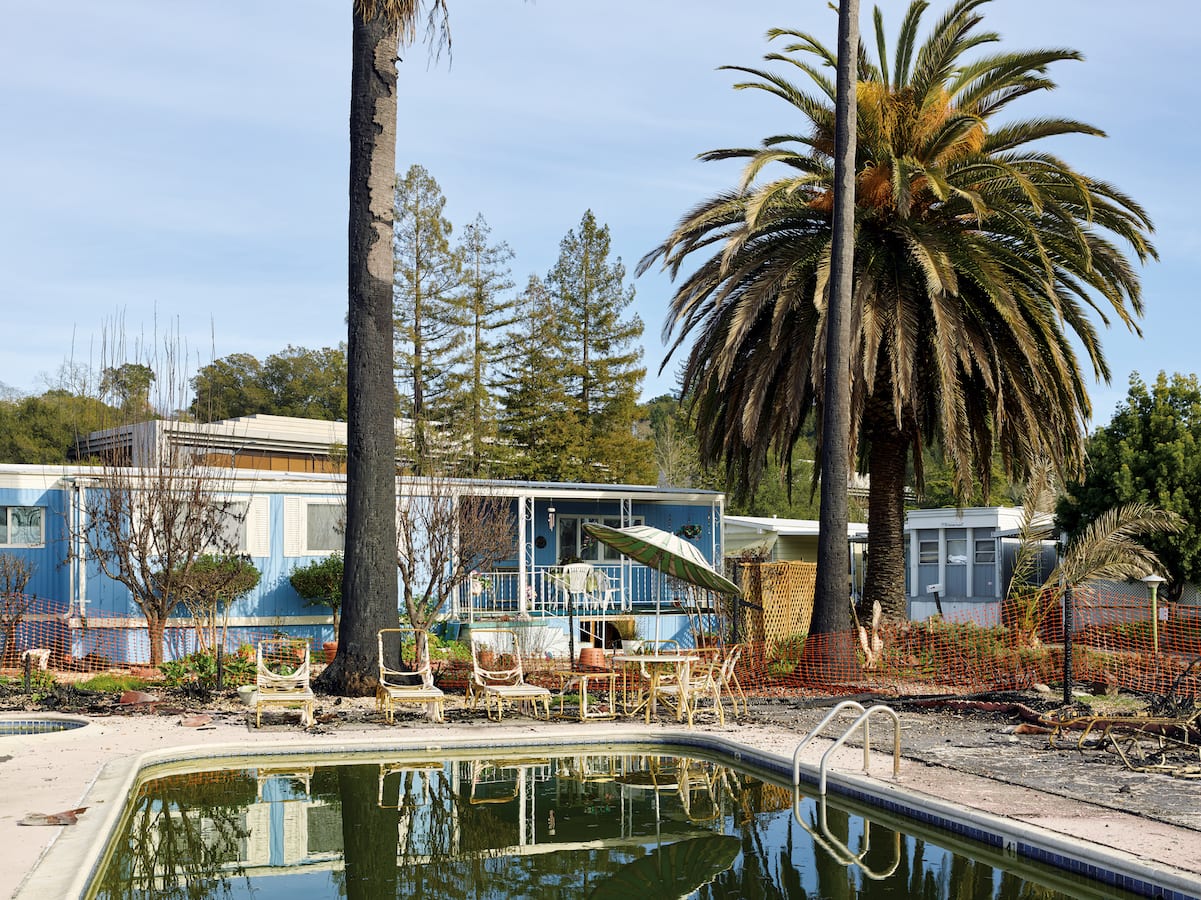 The images inside volume II retain their high-res feeling of the cinematic. I feel as though in a number of images where the vista is compressed that I am on a Hollywood movie lot. If not Hollywood, probably Atlanta. There is a series of episodes of the Walking Dead, which I cannot imagine Mark having watched in which the protagonists, after the capitulation of their prison are forced to march towards a place called “Terminus” where promises of salvation lie at the end of the railroad line. I see these images, these burnt out hovels, these shattered windows and these inconvenient hinterland spaces in which Power has captured the smell of steel and wet leaves. They are images that I am not sure how he managed to find unless he was looking for some sort of respite in an unlikely location. With photography of this nature, one can see how the images that are captured by car play out and where the images are that are captured by foot feel like tracking shots in some sense. When I say tracking, I do not refer to cinematic tracking, but rather as though you might view a photographer from the ravine, cradling camera, set upon haunches and sniffing the air before rising slowly to meander towards something only he or she can see or sense. And those images are the images that are least likely in a country literally segregated by its need for automobile culture, its natural borders or rivers and hills given over to concrete pylons and asphalt where trails run colder, quicker. 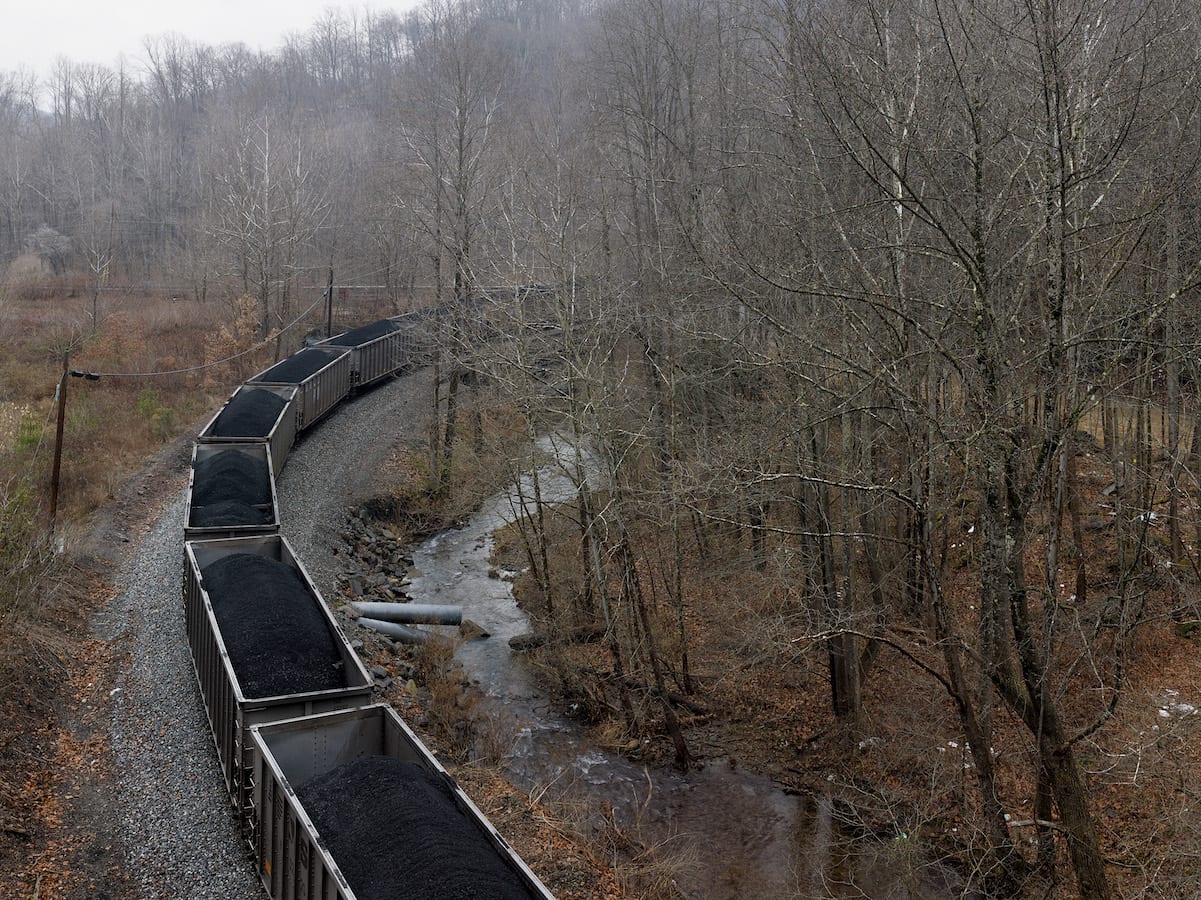 I think it is important with this volume as well to mention that there seems to be more of a hidden message underneath the layers of beautiful imagery that Power is providing. As the book is vast, there are too many counter-points occurring within to simply make it an “x” volume about an “x” concept, but if one looks between some of the obsession with agriculture, plastic bail bondsmen signs, and grain elevators, there is a distinct calibration of sorts that certainly reflects American race politics. The hospital in Selma, Alabama that I have mentioned above is but one photograph in which the historical foreknowledge of Bloody Sunday and MLK is necessary to unlock its potential outside of the seemingly apocalyptic. Further, The Christian revivalism gate posts and its ties to the Klan are subtexts for what appears to be a passing jab at religious fundamentalism, but underpins a vast conspiracy pinioned between the church and the KKK. There are obvious photos as well-the disenfranchised poor African American man sitting in a corner, for example. There is also an image of a very white Abraham Lincoln being cooled by a non-moving fan, a historic symbol in white plastic or plaster, not marble. There are subtle hints within the work that Power draws from to suggest but one of America’s slightly difficult threads in its weave. 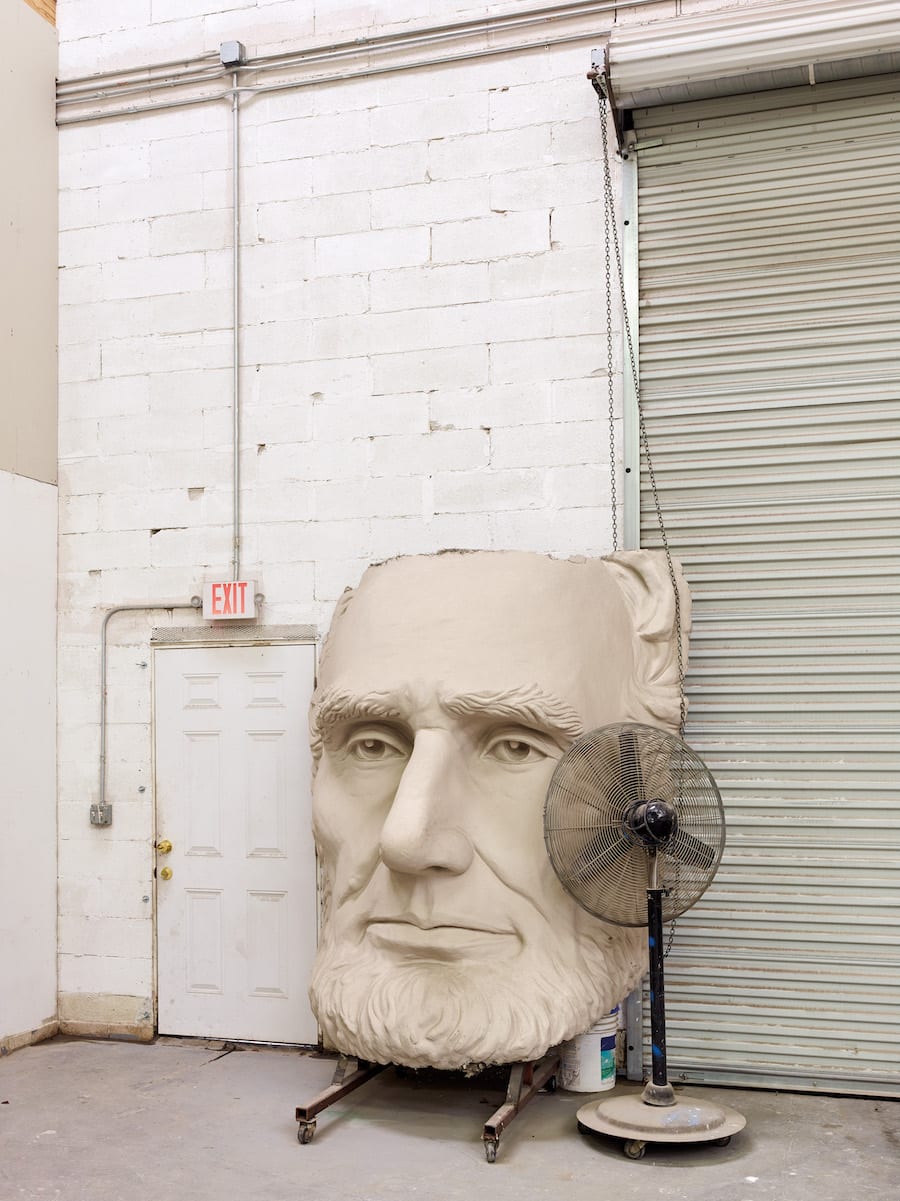 Also in service to the ongoing debate surrounding Russian collusion with Trump, there are images that refer to the Space Race, Russia and general international ideological conflict found within the work. What I believe in this volume that Power has increased in terms of ante, is the ability to weave counter-narratives throughout the work in a more subtle capacity than volume I. It could certainly be that my ability to register and read the work has also increased over the past nine months since I reviewed volume one. There is no way to preference such a large and vast body of work, all I can allude to is that the strength of its character will be dis-articulated over the next 3 books and a reflection of the whole can be drawn more easily. I can see where Power is with the work, but I would be curious to see where else he might head. I would think the genesis of America itself, the land that hosts the progeny of Europeans might be an excellent sounding board to discover what lies beneath the shopping mall syndication of broken dreams and what research can be made with the native population. The turquoise color of the book gives me some hope that this could be explored as part of Power’s research into contemporary American life. At this point, if you have only purchased volume I, you should do yourself a favor and buckle in for the rest of the ride. Highest Recommendation. 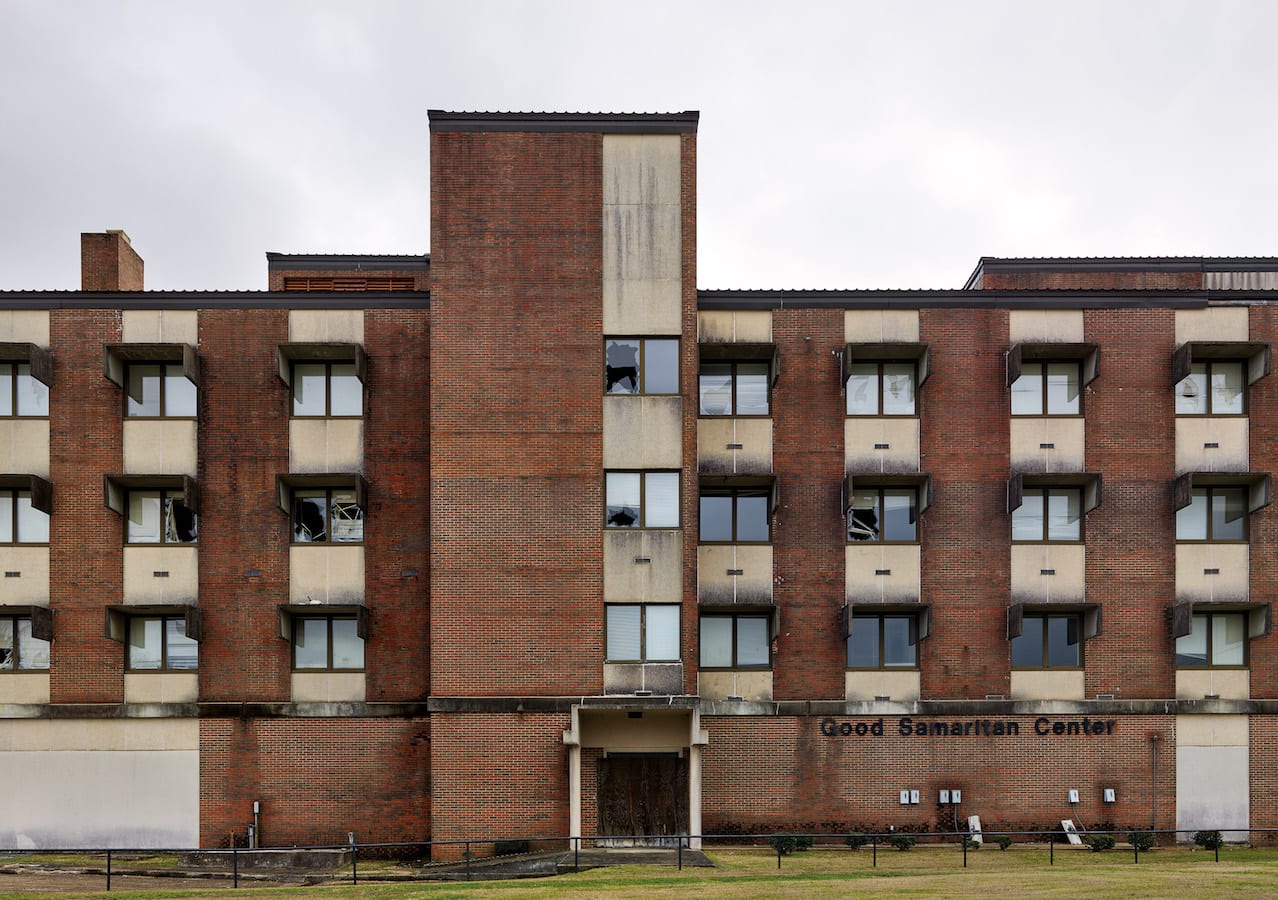