“Oobanken seems to be about a home, a house or a mix thereof-its a sub-conscious outpouring of desires for domesticity or understanding of place…” 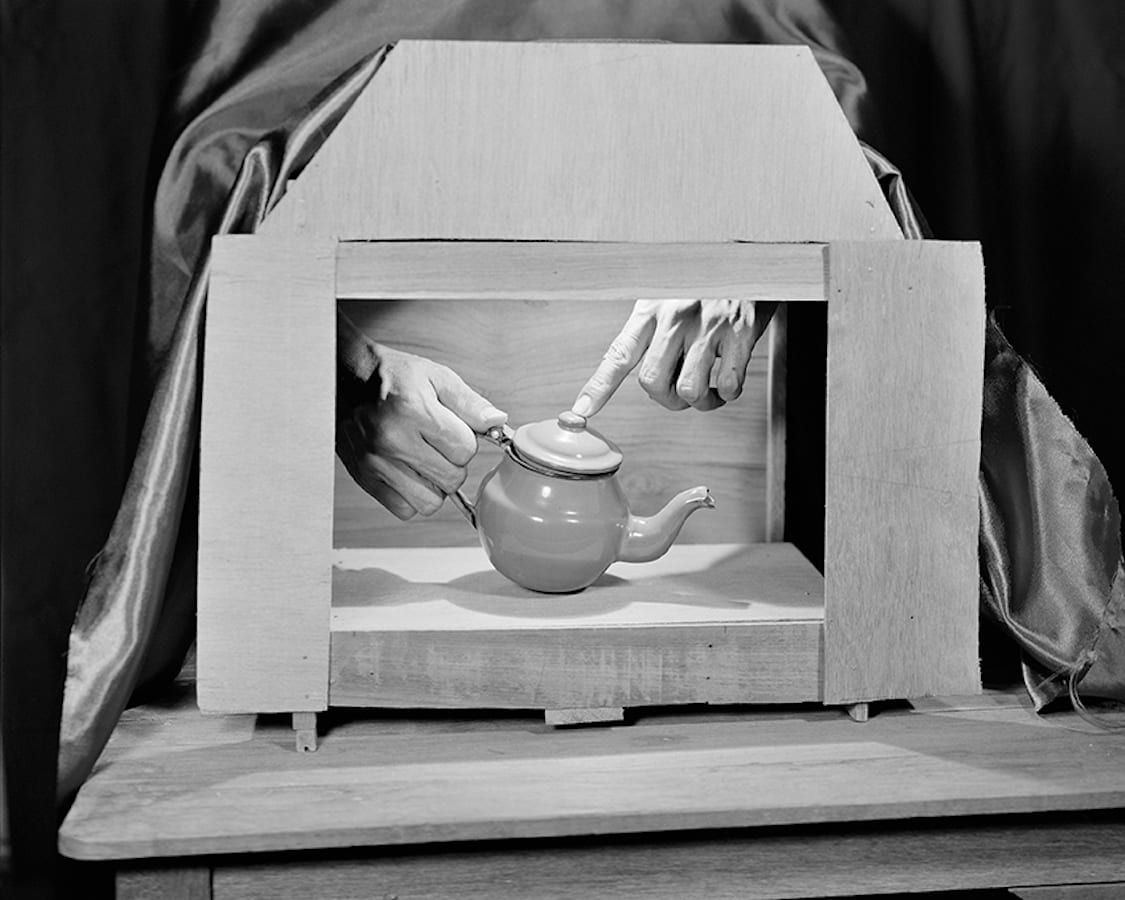 An incredibly curious title floats across my desk. I inquired about the book having previously observed a picture of severed cluck-less chicken feet. Inside, the cement dust –hewn tactility of this tiny opus lies a world in which neither up is down, nor down, down. If one builds a house on sand, from time to time you expect it to shift. And with such shifts come a re-building, a re-imagination of creatures, of creature comforts and dream kitchen sensibilities. 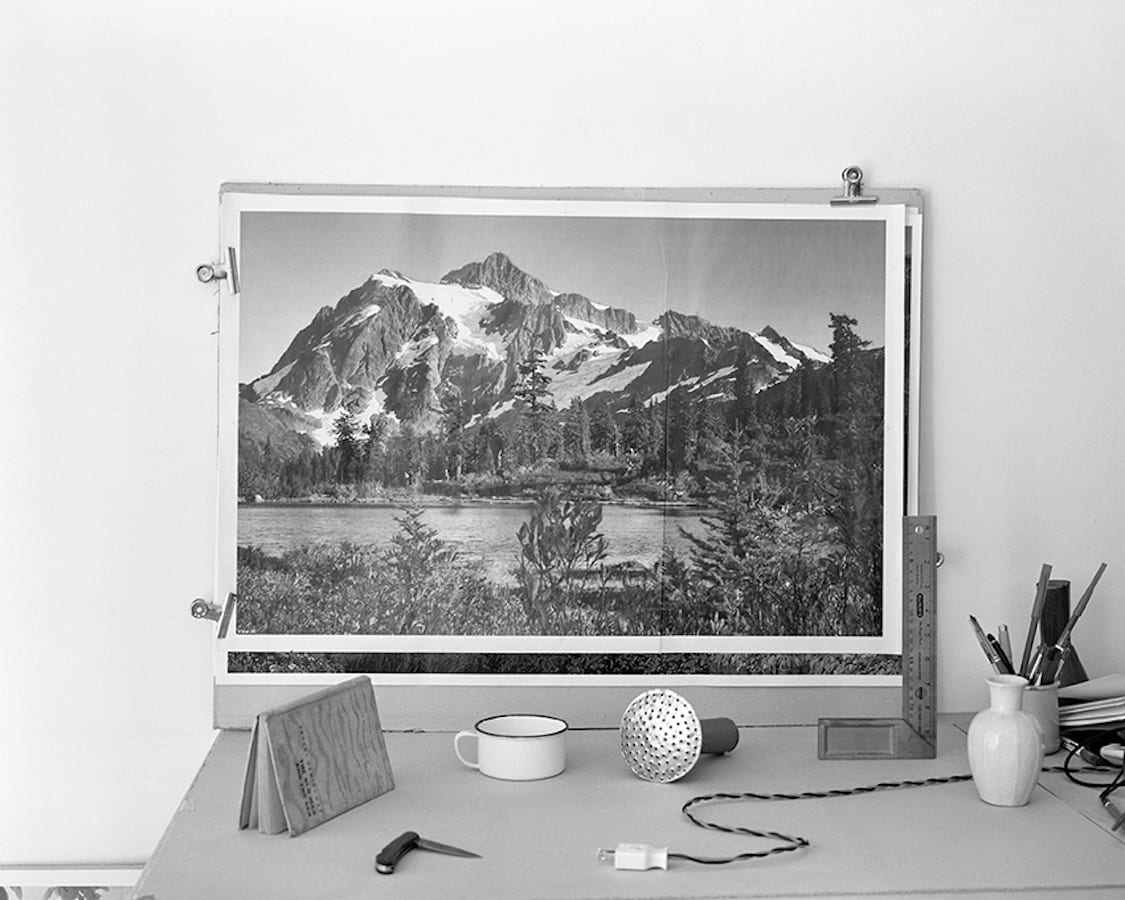 And if this doesn’t make sense, nothing will until you crack the ashen covers of Jerome Ming’s Oobanken (MACK). To use the word refreshing would be a grave understatement as to the 2019 winner of the MACK first book award. Strange, peculiar and queer in all the right places, Oobanken is hard graft in representational terms. It has some significant parallels to other artists re-examining what the 80’s and the 90’s began with staged photography. Ming holds his ground with artists such as Roger Ballen, Zeke Berman (particularly)and presents here a playful ode to performance-oriented imagery found in the work of Joanna Piotrowska for example, herself no stranger to the MACK desk space. 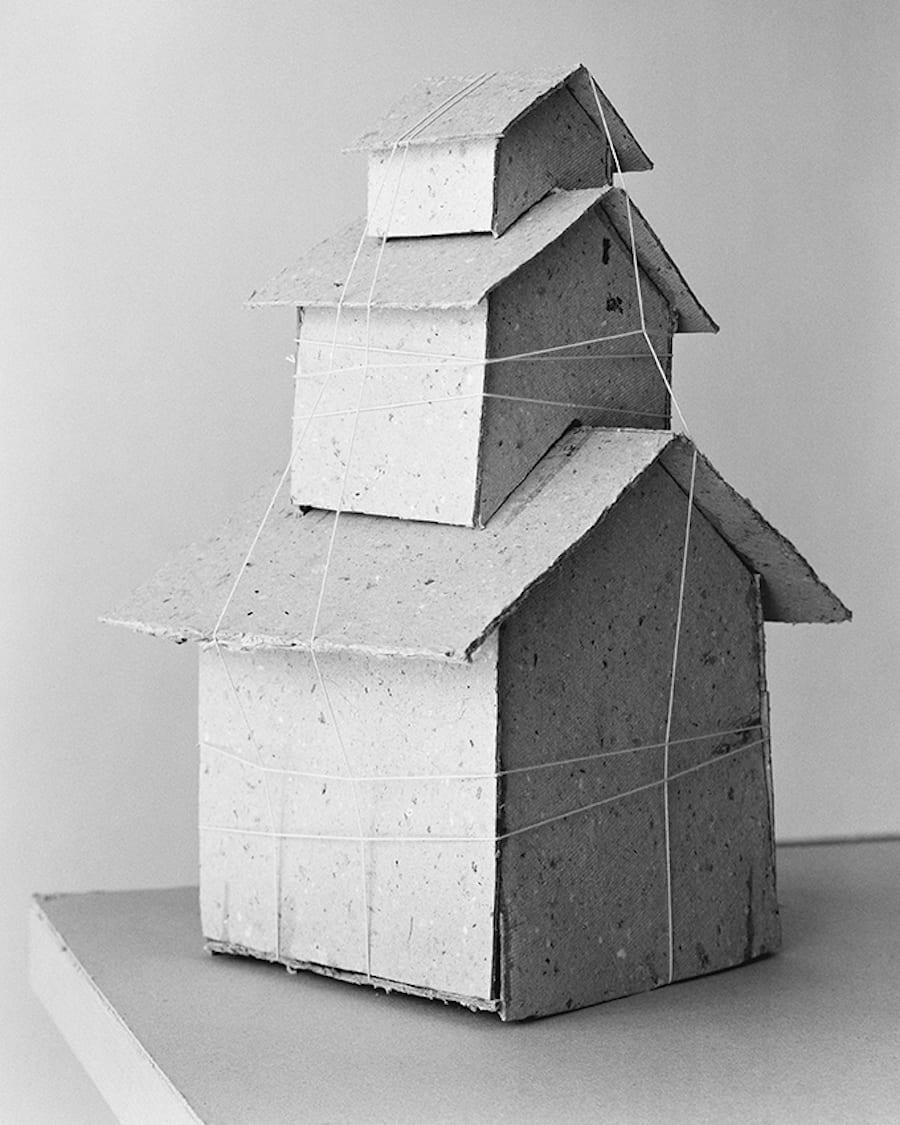 Oobanken seems to be about a home, a house or mix thereof- a sub-conscious outpouring of desires for domesticity or understanding of place if one is transient. Produced in Myanmar, the work defies categorical geographic logic in terms of where it is made or situated by simply looking at the pictures. It does not feel like South Africa, America or any place in which I can cull its elements into a positive identification of a locality and this is certainly but one if its finer points. The home, the house is carried inside of Ming wherever he may place his head. This is a concept best remembered from the The Poetics of Space by Gaston Bachelard, the writings of Michel Foucault or peppered perhaps with a small nod to DADA performance. Michiko Kon’s unnerving still life of animal viscera and chimerical parts are maybe just another artificial wall in the home that Jerome builds… 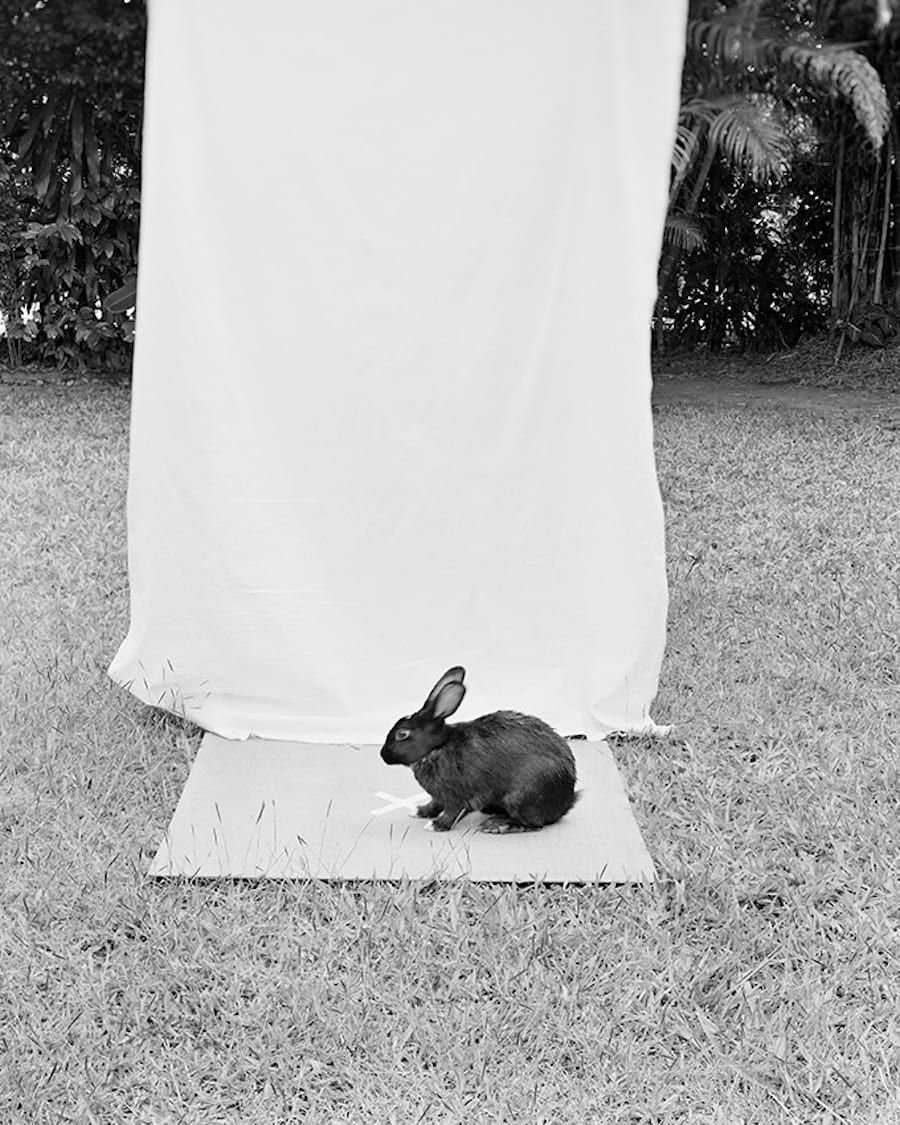 “This concept is  best remembered from the The Poetics of Space by Gaston Bachelard, the writings of Michel Foucault or peppered perhaps with a small nod to DADA performance”.

The notion of self as home or home as self has differing orientations when we consider the use of geography. The first possibility I would suggest is to consider environments of political or personal repression, of which Myanmar could become an interesting example. More precise though if perhaps heavy-handed, would namely be its associations to the prison or clinic. The use of minimal and blank space is but one way in which the effort to strip, denude or delete personality is used by state facilities to reduce a patient or criminal into non-existent compliance. Foucault of all has written largely on the birth of such places as the asylum, the hospital and the prison. He gathered these elements of architectural device into a persuasive series of writings in which we are encouraged to think past the simple act of incarceration or of “stays” and are left to consider how the isolation complex from bottom up is used to limit personal expression, freedom and thought. 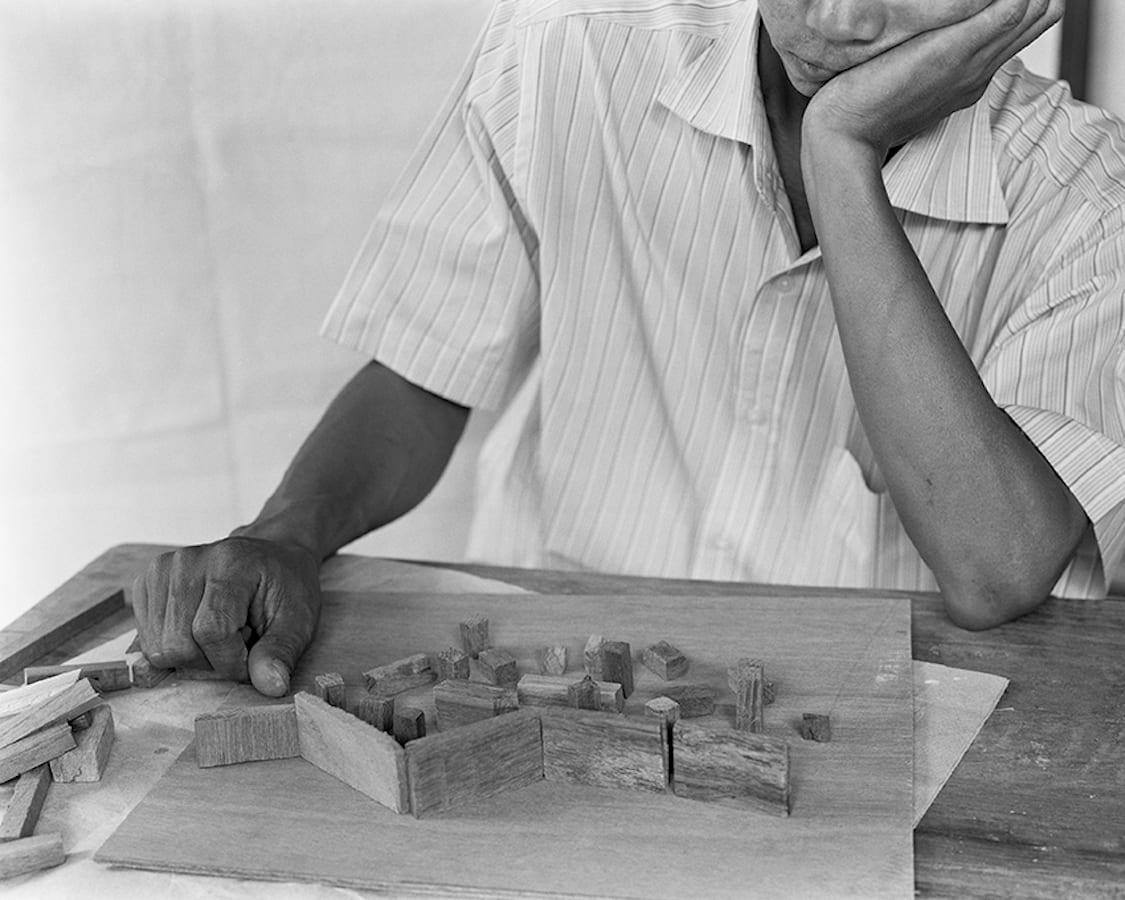 Oobanken is not in my estimation about the challenges faced by prisoners, asylum patients or convalescent, yet immovable bodies. It is rather a contemplation of blank surfaces challenged by the body that is forced to inhabit them as home.  The best example that I have seen which also represents this would be the work of Roger Ballen, whose use of the home, still life and certainly wire is found in this book. Gordon Matta-Clark is certainly also on radar. 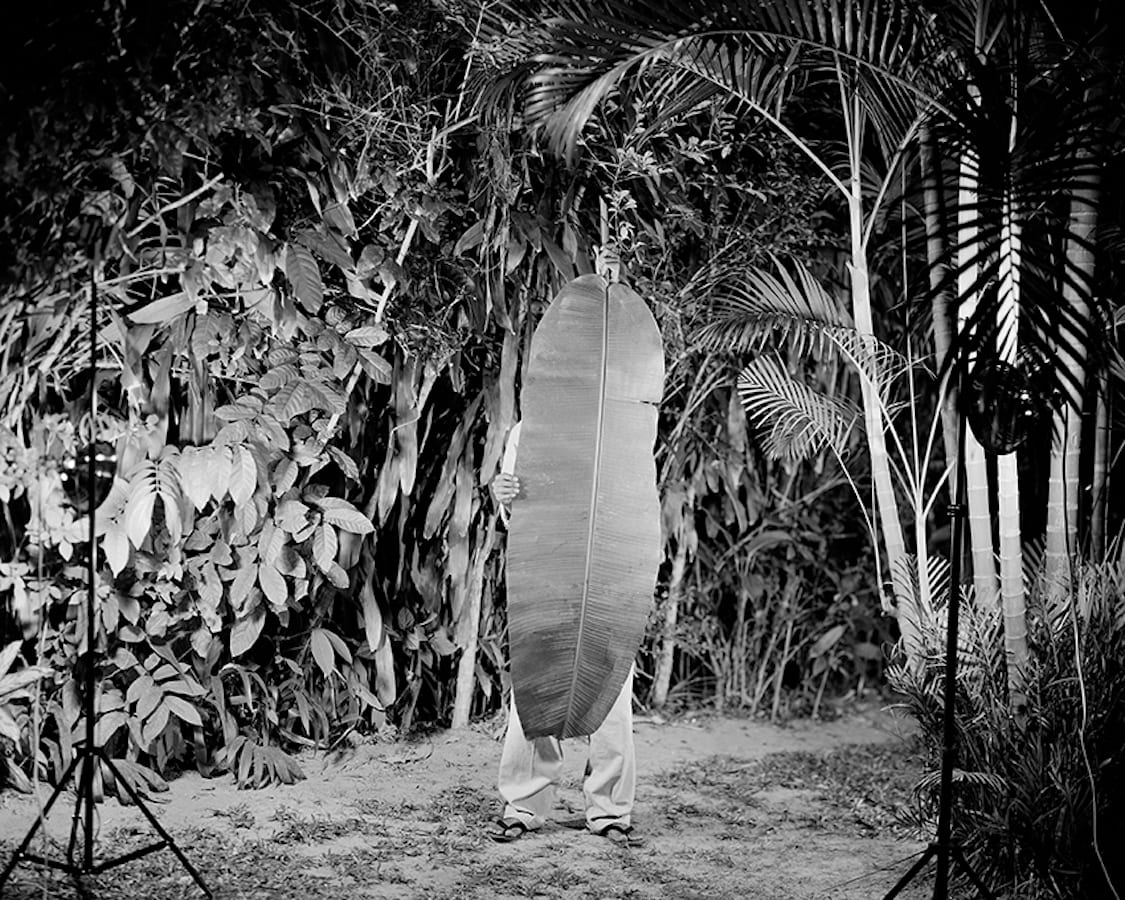 As far as first offerings go, I have not seen a first offering this strong in a long time. It ticks some boxes (which I am usually prone to loathe) such a performance, sculpture and photography in tandem and yet manages, through their sheer oblique windows to persona, to create a doll-house world in which the microcosm of the life observed or at least projected connects all parts to be at once extremely personal. And Yet,  is not overly conflated with art world daring as is the case of performance and sculpture in photography these days. The book is sensitive enough to reveal thoughts on Ming’s interior world while also discussing universal topics such as “home” and practice. The photographs have density to them, a psychological weight which defies an easy classification, which again is a very strong point to the book’s success.Highly Recommended