“It is as if we believe this concept of memory to be an organ unto itself, a strange piece of twisted tissue resting perhaps off to the side of the whole of the cerebral hemisphere…” 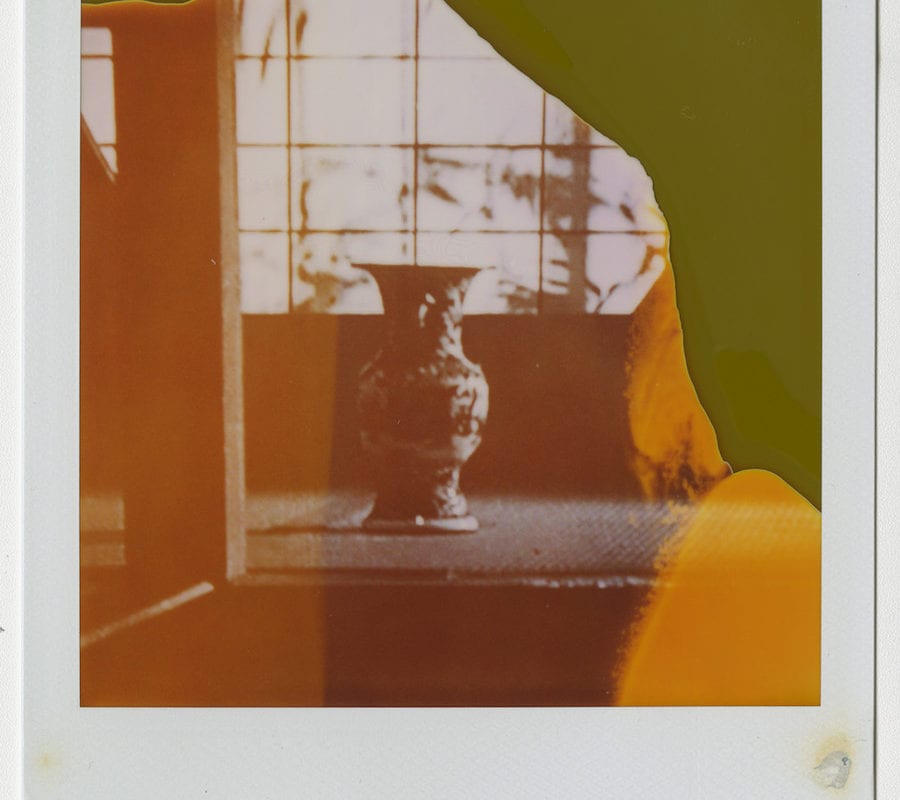 We seek comfort in what we believe to be terrestrial, concrete and enforced by our fallible memories. It is as if we believe this concept of memory to be an organ unto itself, a strange piece of twisted tissue resting perhaps off to the side of the whole of the cerebral hemisphere given its own space in the body that can be encouraged, treated and emboldened through a ritualized course of vitamin intake, games to test its elasticity and when it ails, we believe that we can procure a isolated run of procedures, medical or holistic that will re-wire its circuitry to perform better, more efficiently. We expect the memory gland to be a harbor of safety and trust, its function to serve the whole of the organism guiding its emotions, abilities and future existence as a repository for familiarity, non-familiarity (dangers) and closeness to other organisms. 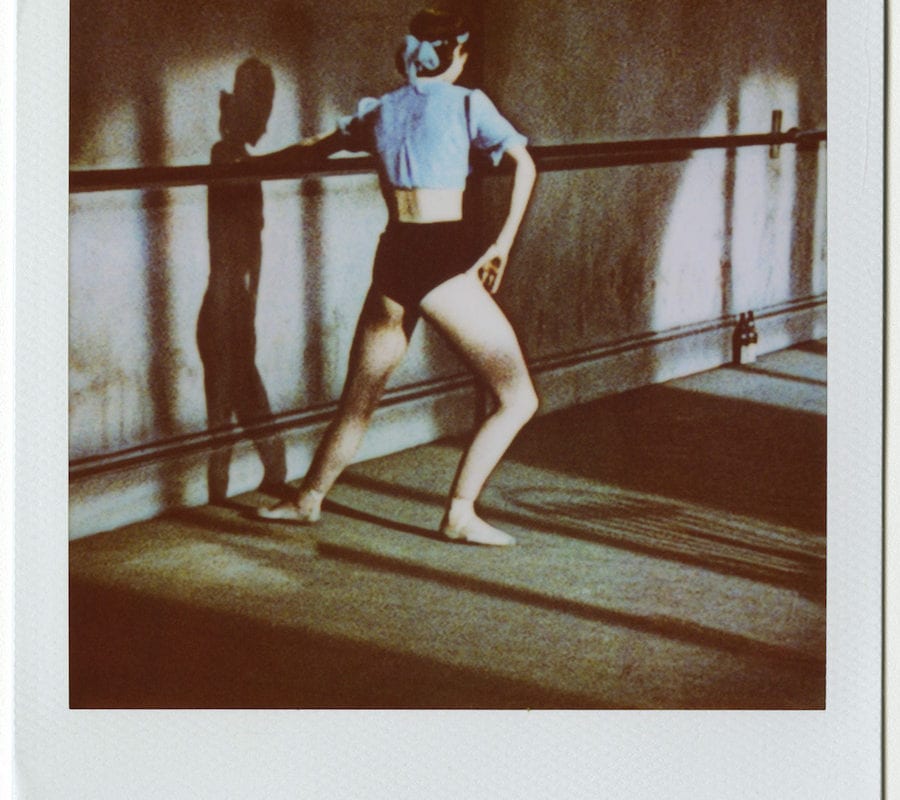 Memory in the 21st Century has become an industrialized effort.. We have evolved with our production and our needs in concurrent, if latent formulas in which urbanity, consumption and technology have embedded themselves in our organ of memory-the screen becoming the most obvious concern for the life of contemporary memory followed not far off by other inventions such as audible musical technologies and perhaps a slough of synthetic productions that inhabit our senses to trigger a extra-sensory return to the memories we believe we have created from an experience in direct consequence to the material assumed-the smell of wet tarmac after a rain reminding us of the road in front of the school where we saw the accident, the smell of a certain perfume that remind us of our first fumblings with sex. It can also be triggered by the rough surface of cracked leather that our pliant hands ran swiftly over in the back of a car headed towards an undisclosed purpose for which we were passenger. A cracking sound of dry sapling warning us of misadventures and time spent in fear hiding in the woods from errant pursuers. 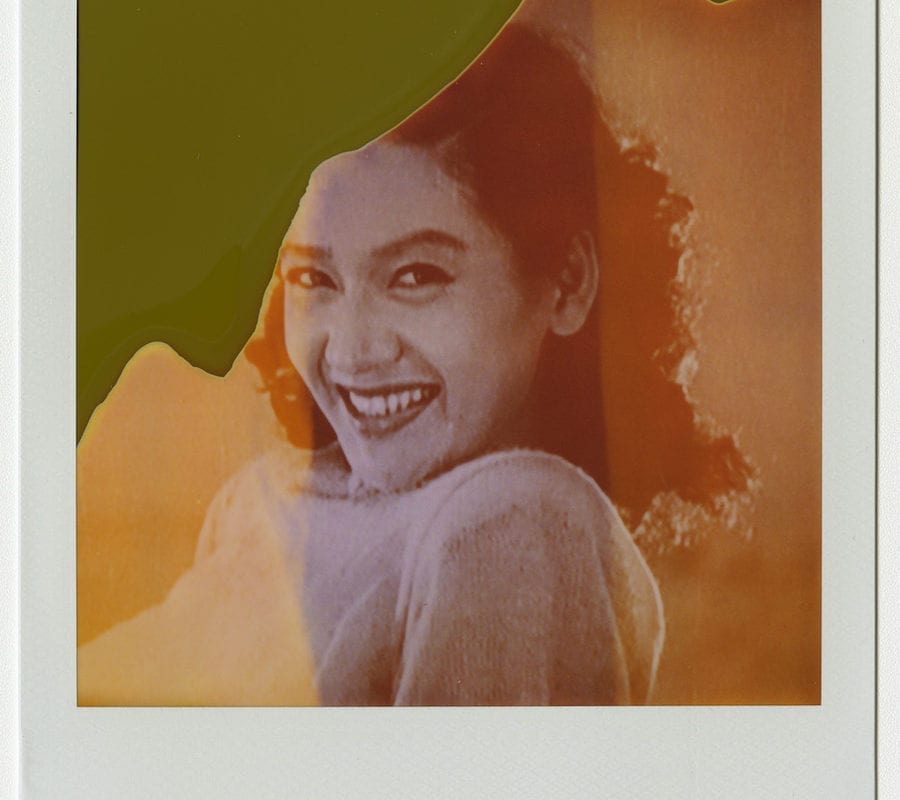 When we consider the technologically-aided aspects of memory and how they profoundly affect our desire to return to familiarity, we set aside our rational mind to remember images and sounds that emitted a sense of safety from the control of mediatized production. Of a certain age, this would be conditioned to the portal of the television or perhaps the radio. The television in particular being a gateway to what we now have in the Internet-the memories created there a dark simulacra waiting to be actively triggered by future generations in a dangerous attempt to sift through what was lived and what was assumed experience from behind the mouse pad. The technological aid of memory governed by the television is now by its semi-obsolescence, a nostalgia in and of itself. A certain generation remembers I love Lucy, a different one remembers Tales from the Crypt and late night Cinemax woman in prison films, and yet another generation remembers the Buffy the Vampire Slayer. The empire of television of course, is conditioned to the “West”-America and Britain having different variants of televised memories, but perhaps cross-over recollections occur with Ed Sullivan, and later MTV.

“We use our retrieval of the technological memory to comfort and return to youth and a time in which we recall a happiness, a blank page in which the images associated with “zones” of enjoyment lead to the belief that we were actively happier, more safe and comforted in the realms of our techno-memories”. 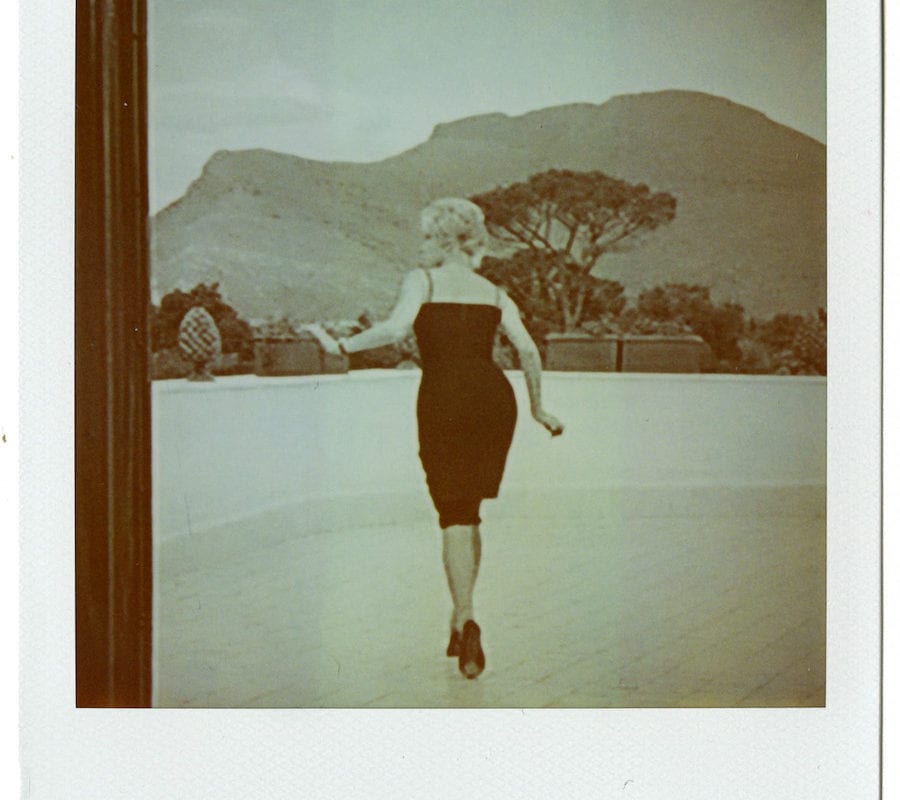 As time sifts along the vast sands of deserts within our memories, cascades of desire and nostalgia form a umbrella in which to shield any chance of a hard-driving rain of infallible truth. We use our retrieval of the technological memory to comfort and return to youth and a time in which we recall a happiness, a blank page in which the images associated with “zones” of enjoyment lead to the belief that we were actively happier, more safe and comforted in the realms of our techno-memories. This largely has to do with the process of aging, but also the way in which these memories are facilitated to remind us of an era, but also the way in which their administration blocked the challenges of the outside world, if but for 30 minutes to an hour. When we are engrossed in the charm of a sitcom, or in the swell of televised performance outside of the news, we are in effect absorbed by our attentions into a world that actively blockades the paralyzing necessities of the world outside the sofa. We forget nuclear war, fuel shortages, night stalkers, climate change and obligations to work., opting instead for a fantasy that we desperately believe, even if only for one half an hour that we belong in or rather, to. 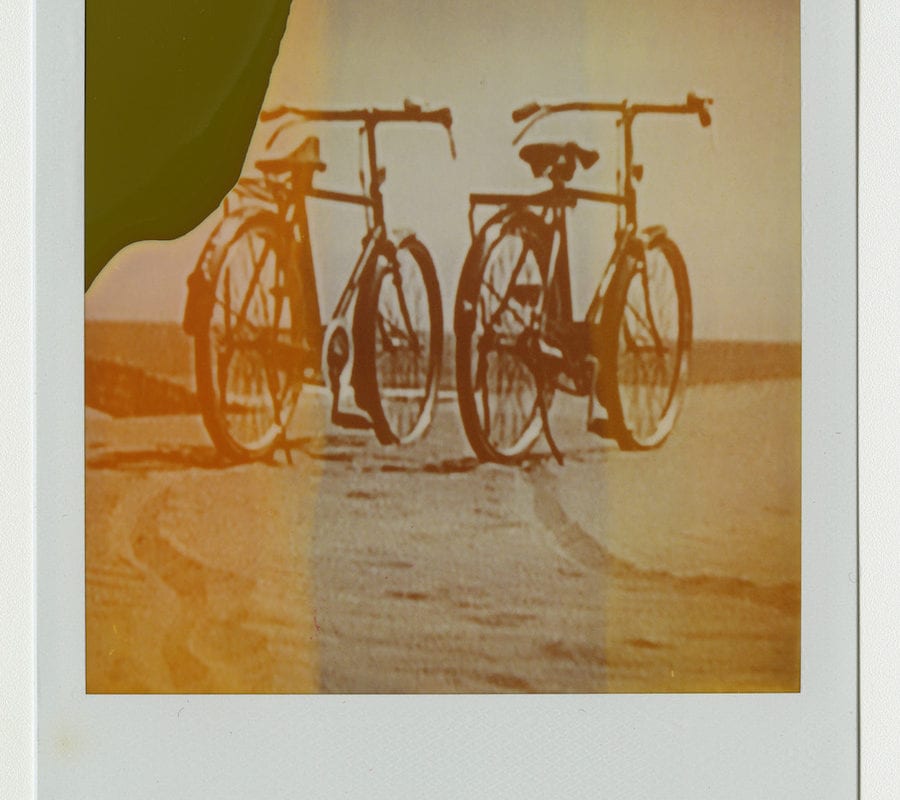 Charlie Johnstone’s series of three books Ciao Monica, Sayonara Setsuko, and Red Shoes (Sun Editions) are contemplative examinations that register the aforementioned thoughts regarding technology, memory, and fantasy played out in television screen shots on expired polaroid film. The drippy viscous surfaces of which add layers to the substantive portraits of the sitters that Johnstone is focused on. One part recollection, the images become a point of fixation for Johnstone of three women from his illusory televised and cinematic memories. They occur in repetitive gesture and the act of photographing the screen presents an interesting discussion about obsession, and memory and how idolization of characters set upon the stage of Johnstone’s imagination gravitate the reader towards a series of questions about their chosen specificity as it relates to the author himself. It is hard to imagine that the choices Johnstone has made in selecting his subject-if one screen removed, are simply an ambivalent pursuit to his interests presenting the case for desire and obsession as mentioned. It is a way to reclaim it seems the fertile ground of youth, but also a way to exist with ideal choices of the mother, lover or goddess etc. In some strange parallel universe, Johnstone has manufactured a collaboration with the memory organ of his youth and with the women in his images. This would follow a pattern that Johnstone uses within his work that also happen to be driven the merciless polaroid process in which instant gratification are at the core of the technology, not unlike television itself. Johnstone’s previous books have however featured living collaborators, which makes this work in my mind something different. 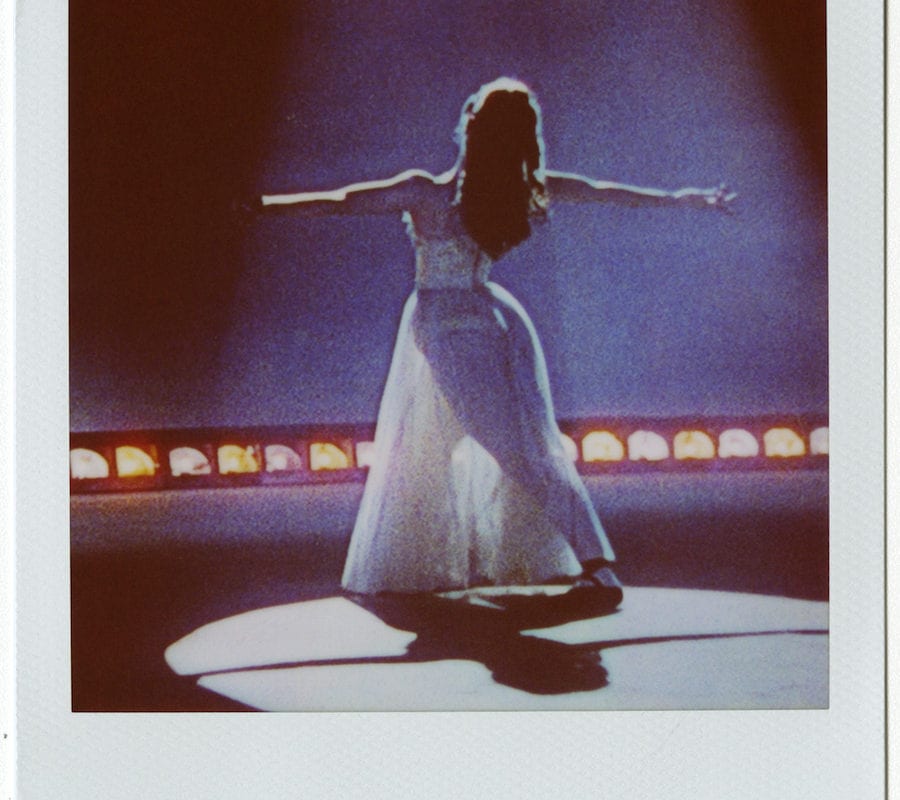 The series of book’s most poignant feature are the imperfections that feature across the surface of the polaroid’s themselves often cloaking the subjects in a hazy film, a residue that obscures their ability to perform the function of effigy clearly. They become half-formed, dissolved and disclose less and less information and their ability to capture and distribute information is instead castigated for the sake of relativity. This is important, it shows that Johnstone is aware of the fallible nature of both the image and its representation, but he is also able to give some license to the image’s reflexivity to his own portal to memory, which suggests that he remembers these images that he has just created from long ago and their will to truth for him absolves their need to be representations elsewhere-the communal aspect unnecessary. Without this conscious decision to emphatically disclose the aberrations of both fantasy and the waning trust of memory, Johnstone would be complicit in simple abstraction-the sitters he has chosen, simply a construct of formal posturing. Apart from the theoretical and material underpinnings of these books, what lies at the base of Johnstone’s work is a fascination with photography, collaboration, memory and a desire to pursue its ability to relate to the self-an excavation of inner emotion and desire fed through the machine that he lovingly embraces. It is an eco-system or perhaps a feedback loop between the self and the image that is at its heart and at the end of the day, what else do we have in a world in which nuance is the god in the kingdom of self-identity, its plausible relationships to communication governed by the sole operator and producer of such images. Highly Recommended. 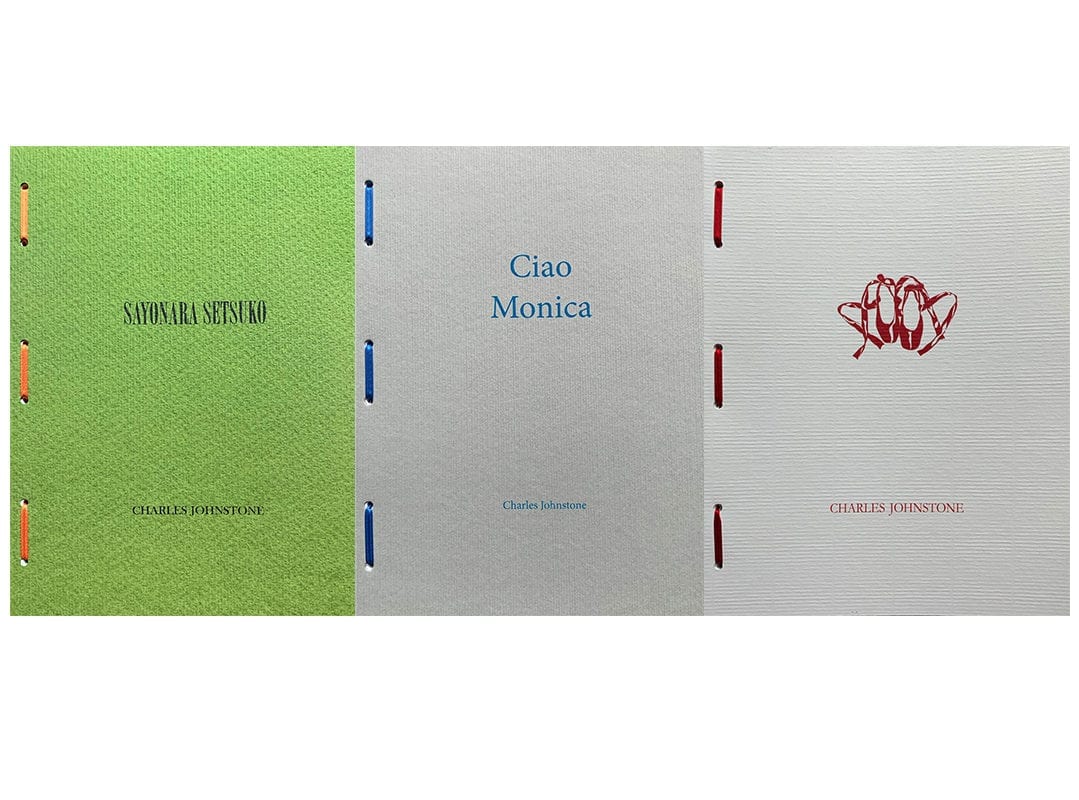